Also in my garage: driving a love of sewing 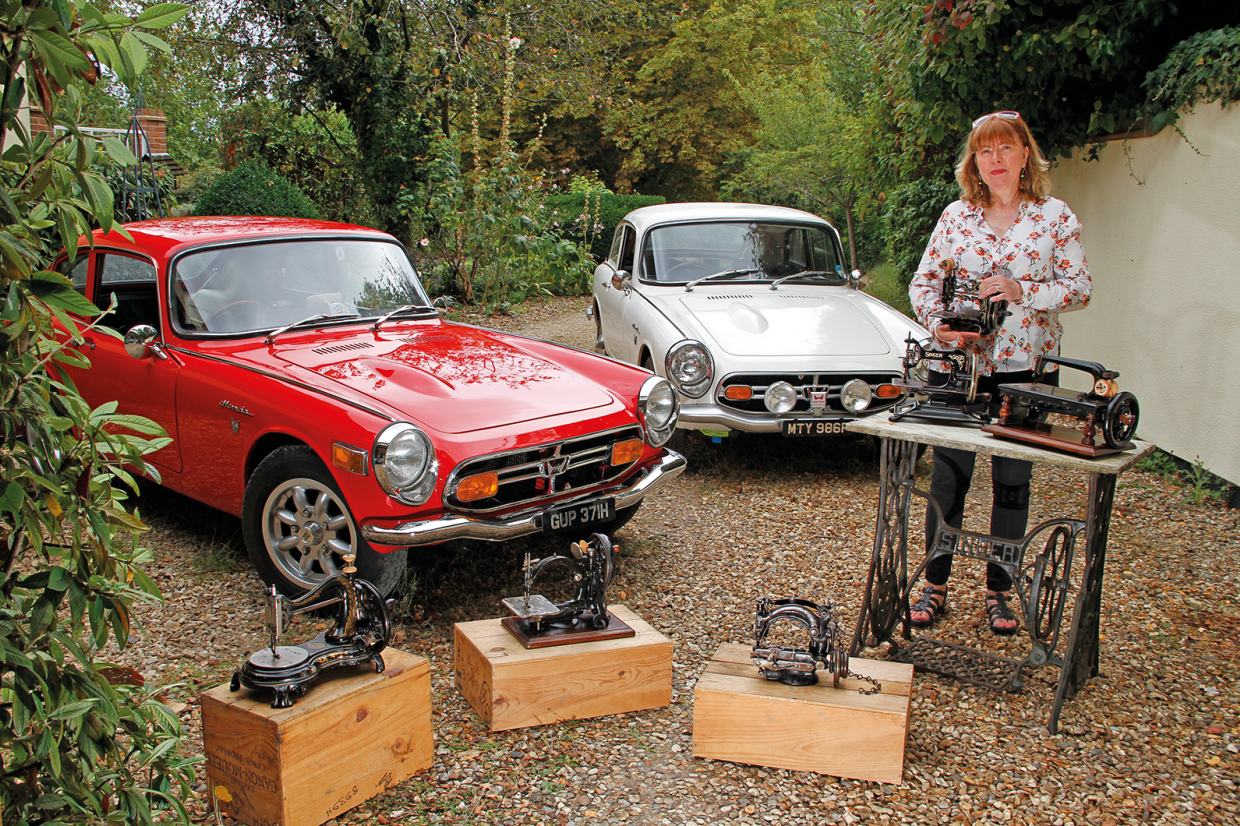 To ‘purr like a sewing machine’ is often the go-to description for a finely tuned classic, but for enthusiast Rebecca Joisce the comparison holds more than just an opinion on mechanical condition.

“I bought my first sewing machine in 1976 for £10,” she recalls. “It was from an antiques shop in Llandrindod Wells, Wales, and that was the moment I was bitten by the collecting bug.”

Now a business consultant, Joisce’s passion for sewing machines stems from a love of textiles: she completed a degree in the subject at the University of Bradford before beginning her career at Courtaulds and eventually taking a job in garment technology with the Ministry of Defence.

“I specialised in headdress and uniform quality assurance,” she explains. “I was involved in everything from the design and manufacture of turbans for use by the forces to positive-pressure suits for the RAF and foul-weather clothing for the Royal Navy.” 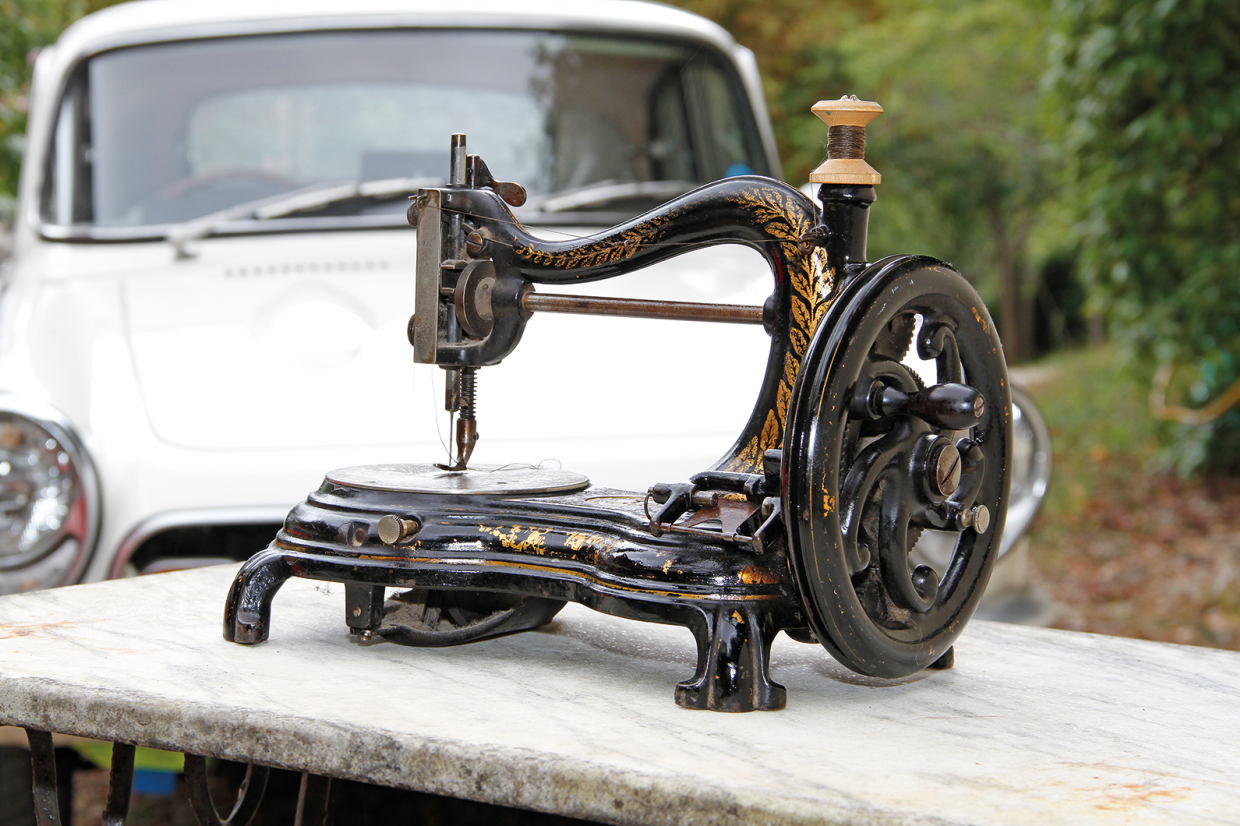 This was Joisce’s first purchase, a Jones from the late 1800s

That initial purchase kicked off a collection that now totals 25 – which may not sound a lot at first, but by her own admission Joisce is selective about which models she likes: “I have machines built from the 1840s up to the 1950s, but after that it all gets a bit too modern for my liking.

“The evolution is particularly interesting – specifically around the mid-19th century when the mechanical development was rapid. Patents were being regularly filed in terms of how the stitching process was changing, until we arrived at the ‘lock stitch’ method widely used now.”

In the past, Joisce’s collection has been displayed at local charity events, and this was fundamental to its growth: “People would see them on show and would then dig out a machine that they had at home and gift or sell it to me, but I’ve never yet sold one – I’ve kept every single machine that I’ve bought or been given.”

Of course, the pair of baby Hondas in the background can hardly go unnoticed: “The white one is a 1967 Mk1 S800 that completed the Ennstal-Classic in the hands of its 82-year-old former owner in 2011, and the red car is a 1969 Mk2 we bought through the owners’ club.”

Joisce and husband Philip have a sizeable collection of classics, but the Hondas offer an obvious parallel to her machines. “They are both compact and mechanically innovative,” she says. “Though unfortunately the Mk1 doesn’t get the use it deserves, so that might have to go.”

Joisce’s classic heritage however goes back to her youth, when she learnt to drive in her mother’s Mini before buying a 1972 Volkswagen Beetle in Texas Yellow that she then owned through her time at university in Bradford.

Back on the subject of sewing machines, though, and is there a Holy Grail?

Absolutely: “An 1860s Shaw & Clark. Unfortunately they are very rare, but I’m still looking!” Although her career has now taken her away from textiles, Joisce hopes to one day find the time to pick it up again – and for now the collection still offers a link to her sleeping passion.

“At the moment they aren’t really on show, but I’ve just realised that there are some shelves in the downstairs loo that would be perfect to display them on,” she smiles. “After all, what’s the point in having books in there when you could be looking at these?”

The 35 greatest barn-finds of all time

Martin Port is a contributor to Classic & Sports Car and served as Art Editor for many years. He is a noted expert on Land Rovers 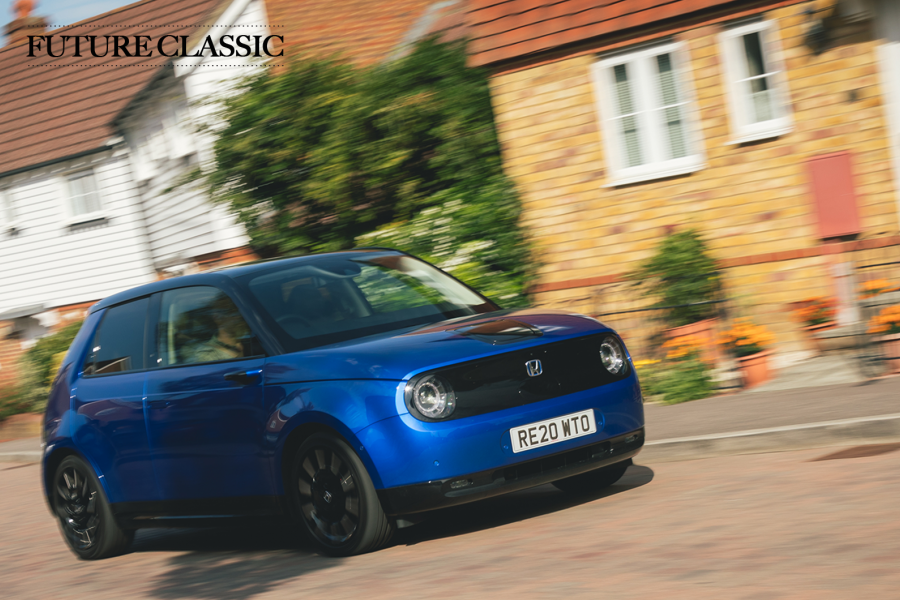 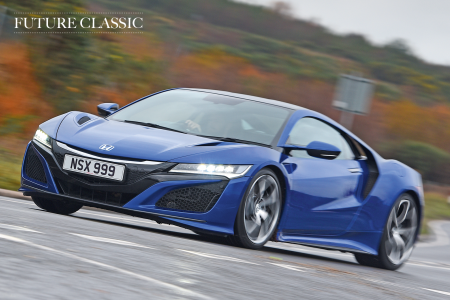