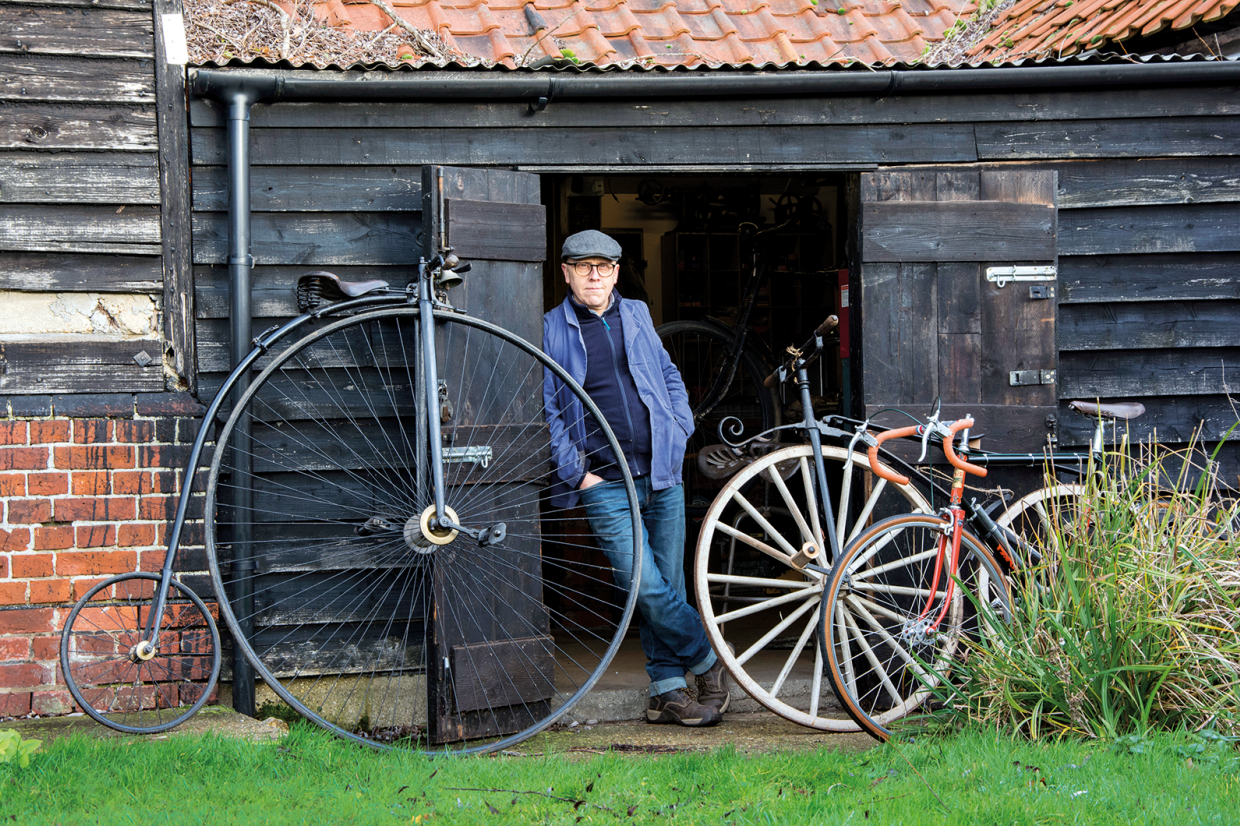 Tim Gunn has always split his interest between cars and bikes, with vintage cyclecars perfectly combining both.

Goodwood Revival visitors will recognise him as the proprietor of the classic cycle shop, but his connection goes right back to the press day for the first Festival of Speed Soapbox Racing Challenge.

“Richard Sutton asked me to build a vintage-style soapbox in two weeks,” recalls Gunn. “At the press day I lined up at the top of the hill with Sir Stirling Moss to the right and Barry Sheene to the left. Talk about nervous!”

Gunn’s cycle shop has been a popular feature since the first Revival, and when the event celebrated the Tour de France in 2014, Gunn was a key contributor: “I met a collector with an amazing set of classic TdF support vehicles at an event in Brittany. Sir Chris Hoy even rode my 1960 Rosignoli Cross around Goodwood.” 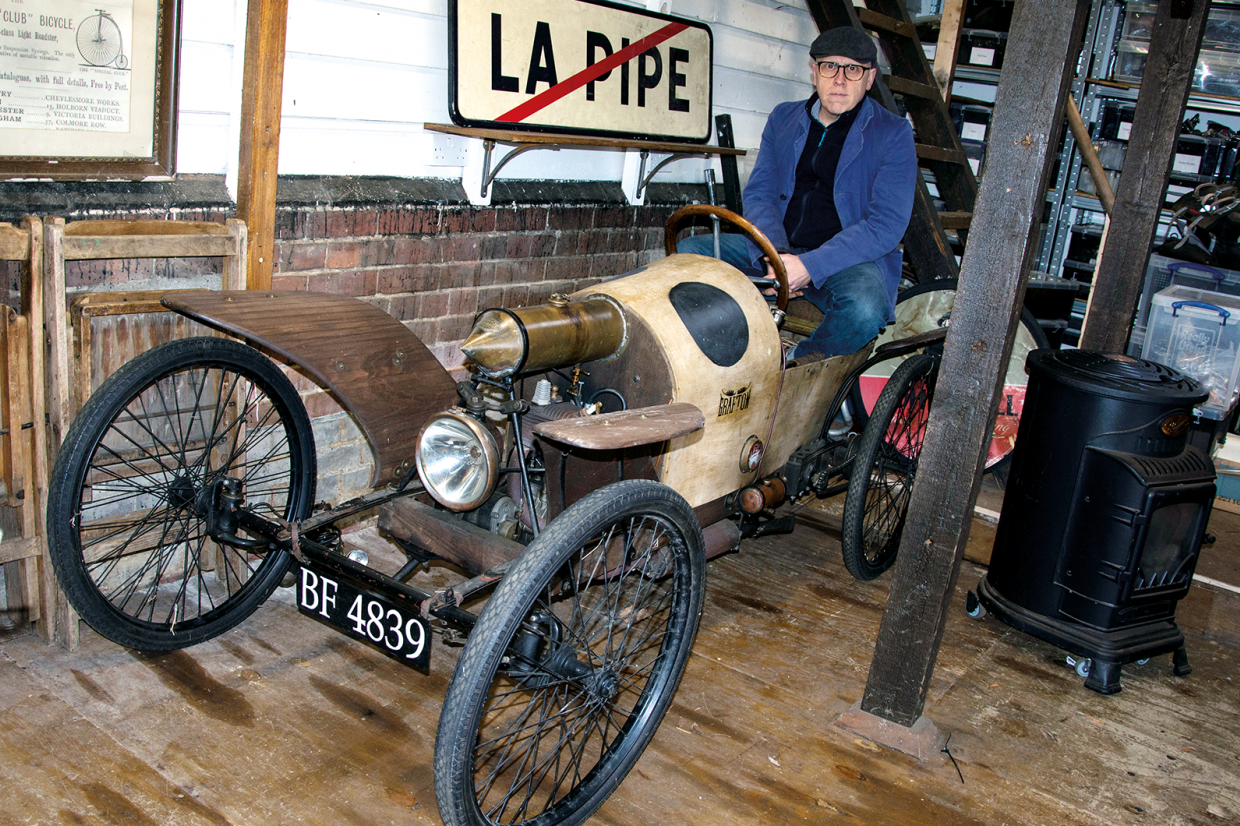 Growing up around vintage cars – his father Colvin was a respected specialist and raced MGs with the Vintage Sports-Car Club – Gunn’s enthusiasm covers anything mechanically interesting.

“Dad taught me to braze, weld and use a lathe. Growing up on our farm was always inspiring. I fell in love with bicycles when I saw someone riding a penny-farthing.

“My first old bike was a 1930s BSA Roadster, which I took on the VSCC’s Boulogne bike ride. It had a bottle-opener on the handlebar and a crate of beer on the back – I ended up in the ditch!”

The design crossover between bicycles, cars and even aircraft, particularly French machines, has always appealed: “I had an Austin Seven Ulster, but after seeing a cyclecar display at the VSCC Malvern Rally I was hooked. Bob Jones sent me a 1913 copy of How to Build a Cyclecar and I began collecting bits to construct my own.

“The Grafton was built around a Lewis engine and made its debut at Vintage Montlhéry, one of my favourite events, but after one lap it seized. It’s now a regular of the wonderful Festival of Slowth. Cycling has always been in our blood and we still have my grandad’s 1934 three-speed Golden Sunbeam, which he bought new.”

Bicycle projects with car connections have even included building a Bugatti: “I made it for Lancia man Gerald Batt. It was designed by Carlo Bugatti and we only had one photo, which I scaled up using the wheel diameter. With a small wheel up front, it was hideously dangerous and kept wanting to throw you off the back.”

Among other inspired builds are a replica of the first bike with a chain-drive rear wheel, designed by Henri Lawson, and a fantasy GN-style machine built for the Italian L’Eroica event: “I dreamt it up with my friend Cally Colloman. It looked very vintage, with 12 gears through three different changes. It felt brilliant riding it into Siena.”

Gunn loves nothing more than fixing and restoring old machines. During the past two years he’s been part of the team on the BBC’s The Repair Shop as its bicycle expert.

“A recent episode had 5.6 million viewers watching me rebuild a Raleigh Chopper. It’s bizarre when I get recognised walking around Sainsbury’s.”

As well as his cyclecars and bicycles, Gunn has an early pedal-powered helicopter design. “It was discovered in France and is rumoured to be the work of Henri Coandă, the aerodynamics pioneer,” he says. “I’ve set it up in the garden but we’ve never got it off the ground.”

Also in my garage: driving a love of sewing