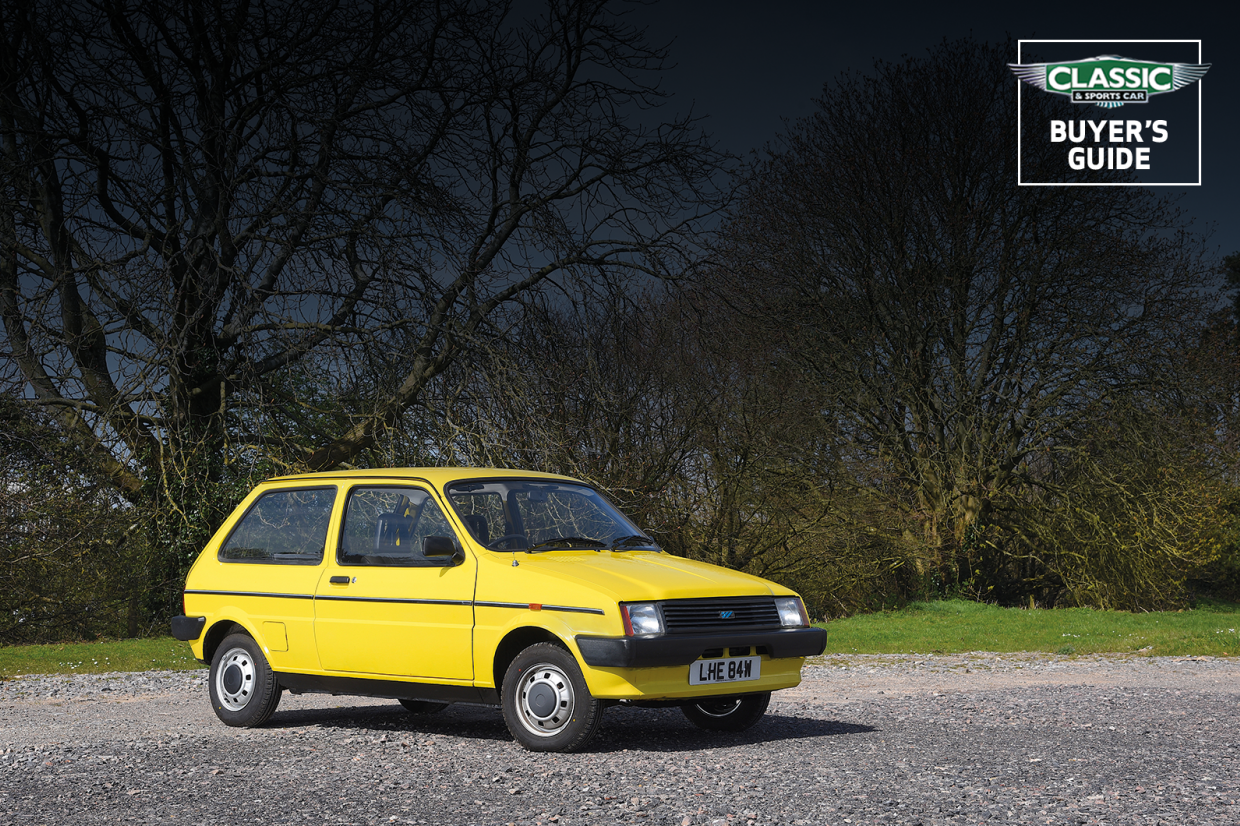 Why you’d want an Austin Metro

Overshadowed by its hugely characterful predecessor and hampered by state-owned British Leyland’s 1970s strike record, which delayed its introduction and mired the brand’s reputation, the Metro was actually – shock! – a good car.

Motor magazine headlined its first test in 1980 ‘It makes us proud to be British’, and 15 years later Autocar said in its 111Si test, ‘The Metro replacement entertains its driver in a way that its VW Polo rival can only dream of.’

BL’s first compact hatchback faced stronger opposition than ever before, and a home market where foreign imports had overtaken domestic production.

With crisp and dateless styling, it offered a great blend of comfort, practicality, handling and performance, enabling it to stay in production for 18 years with new engines and transmissions, and relatively mild facelifts.

A poor performance in 1997 EuroNCAP crash tests, unknown when it was designed, sealed its fate: BMW-owned Rover withdrew it from the market, despite still-healthy sales.

Alex Moulton’s clever Hydragas suspension gave the Metro an excellent ride, and it can still be pumped up if needed, by any MGF specialist.

An innovation was the 60/40 split folding rear seat, a feature we now take for granted.

Warning lights for brake-pad wear and fluid level were rare in 1980, as were the optional Dunlop run-flat tyres (with no spare), electric tailgate release, electric windows, cruise control, trip computer and air-con…

The 12,000-mile service interval was class-leading and all-round vision was superb.

The Mini’s A-series engine (in refined A+ form) with gearbox-in-sump is super-reliable given frequent oil changes, and cheap and easy to fix.

Its K-series successor with separate (most five-speed) ’box was light, lively and dependable with the right maintenance.

Like most basic cars of the ’80s and ’90s, the majority of Metros have now been scrapped, many due to structural rot, so prices of survivors are creeping up.

The most desirable are the hot MG Metro Turbo and RoverMetro GTa/GTi, and the very rare Cabriolet (c900-1500 built).

But there are outstanding examples of more basic models out there, thanks to the fact that Rover’s market tended to be older people who kept their cars for decades – often garaged, well maintained and clocking up minimal miles – and early examples of all models are sought-after.

Austin Metro: what to look for 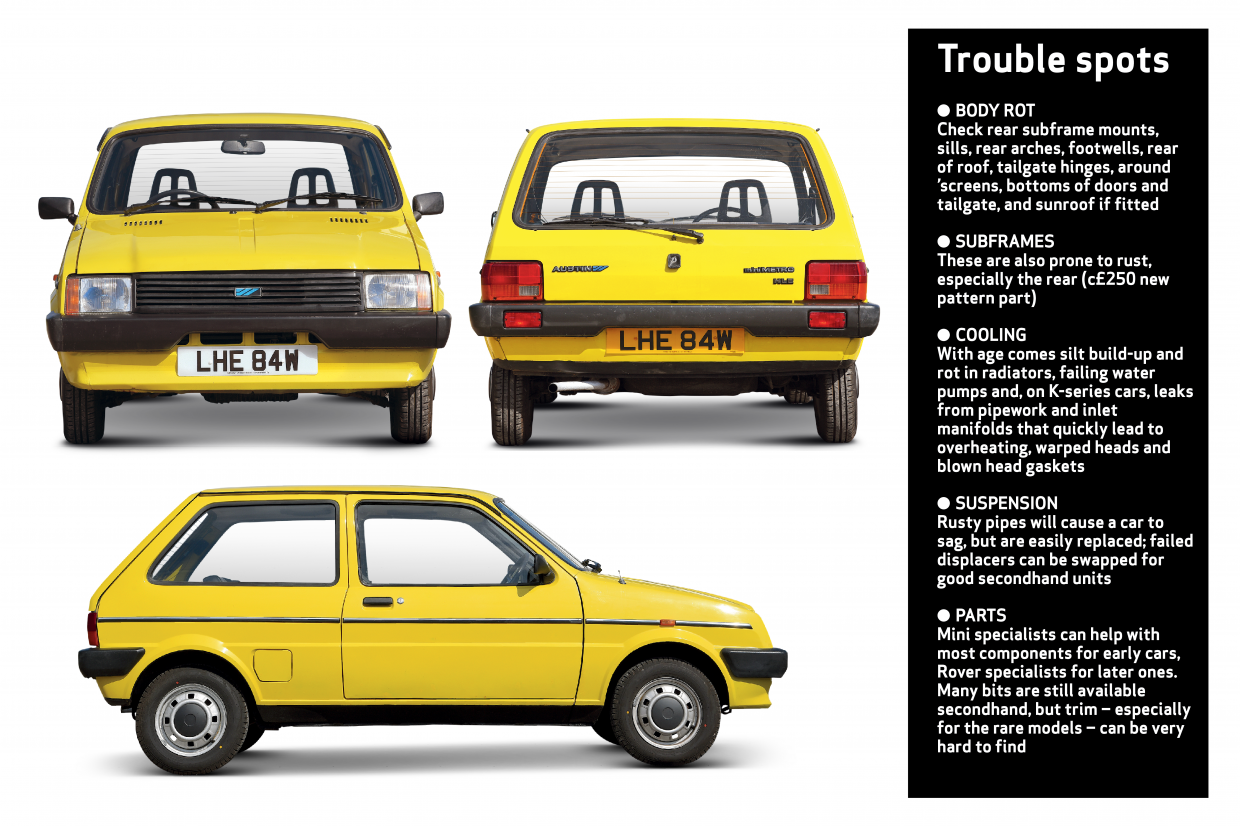 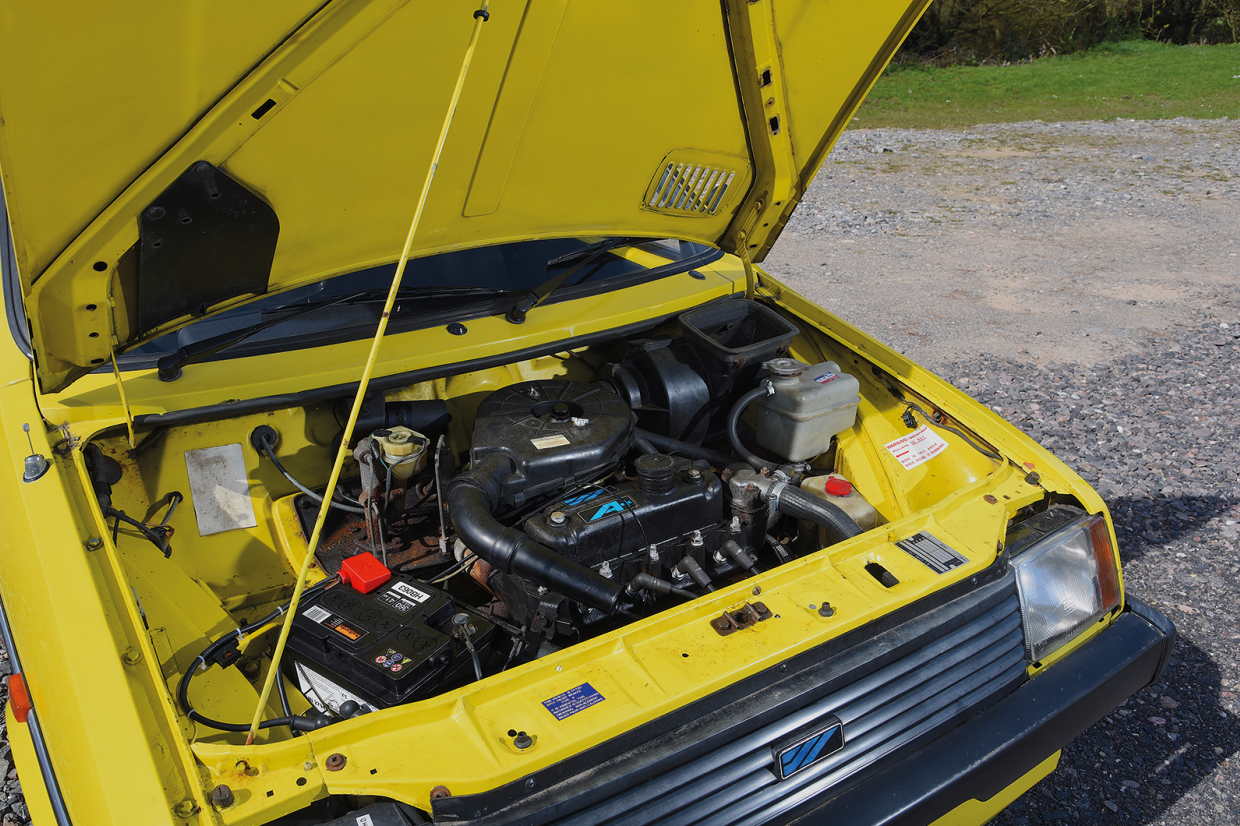 Despite its age, the uprated A-series engine was rarely criticised by testers, who found it smooth, torquey and economical. It betrays wear with oil leaks, knocking and heavy breathing.

The K-series that followed was superb, but prone to head-gasket failure if the cooling system level was not religiously maintained. 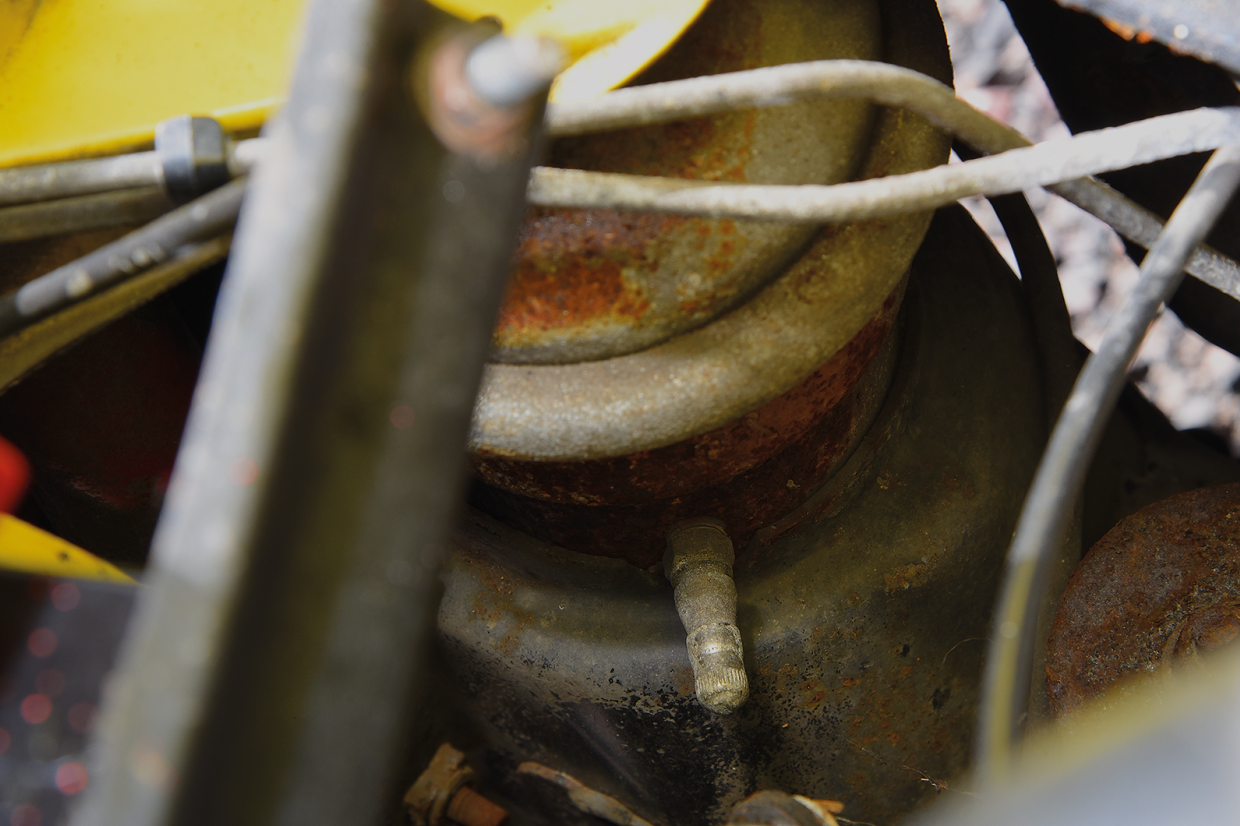 Compact and effective Hydragas suspension can lose pressure but is easily pumped up; pipe leaks can be fixed, but new units are unobtainable. 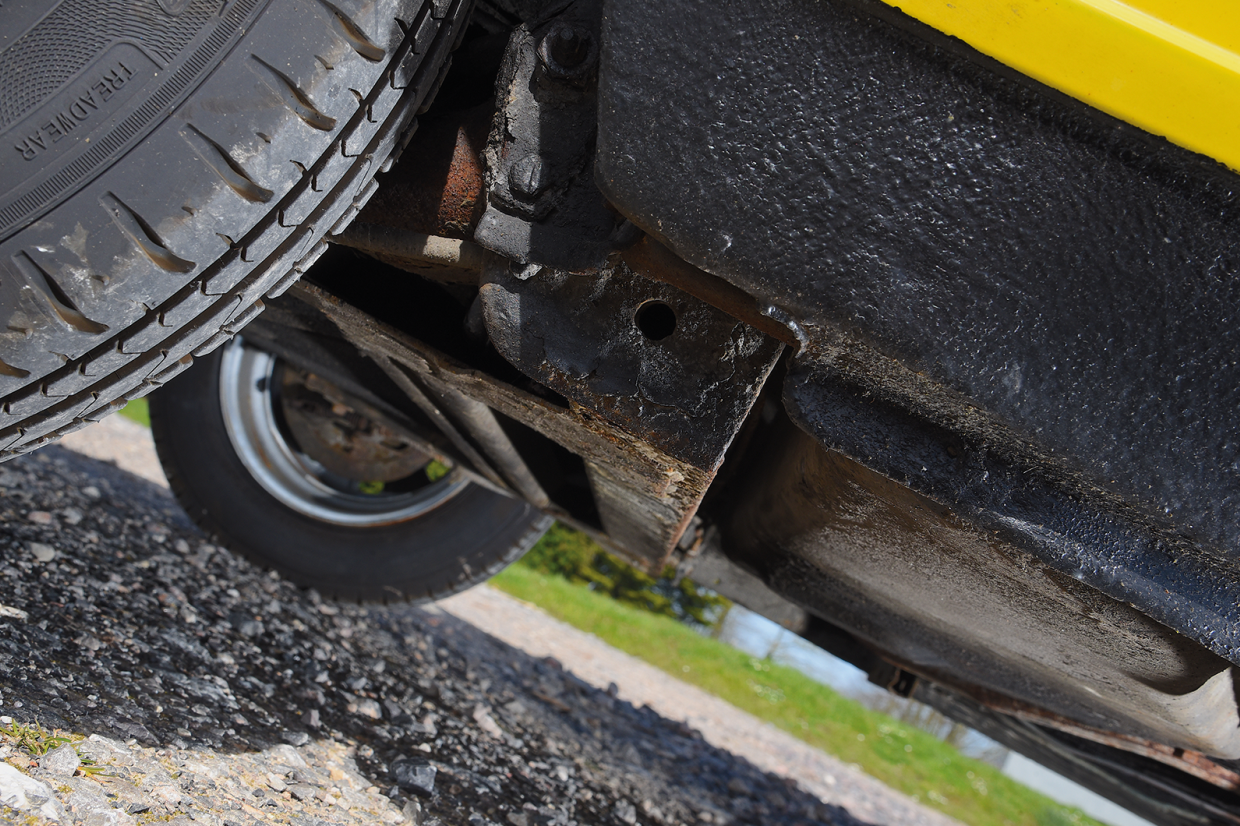 This is the Metro’s killer. The rear subframe and especially its mounting points are common areas and can be costly to strip and repair properly. 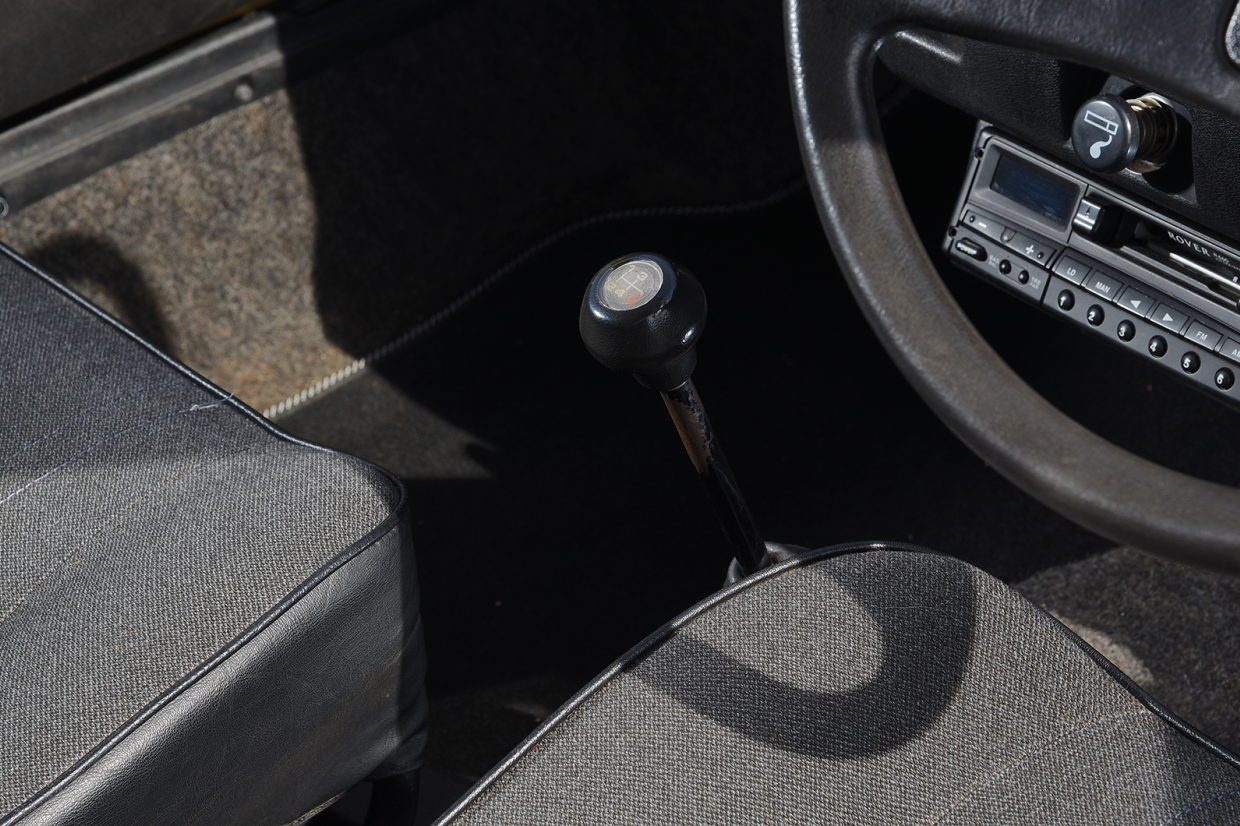 Widely spaced ratios helped the four-speed gearbox soldier on to ’90; more frequent oil changes than the 12k miles specified help when an engine is worn. 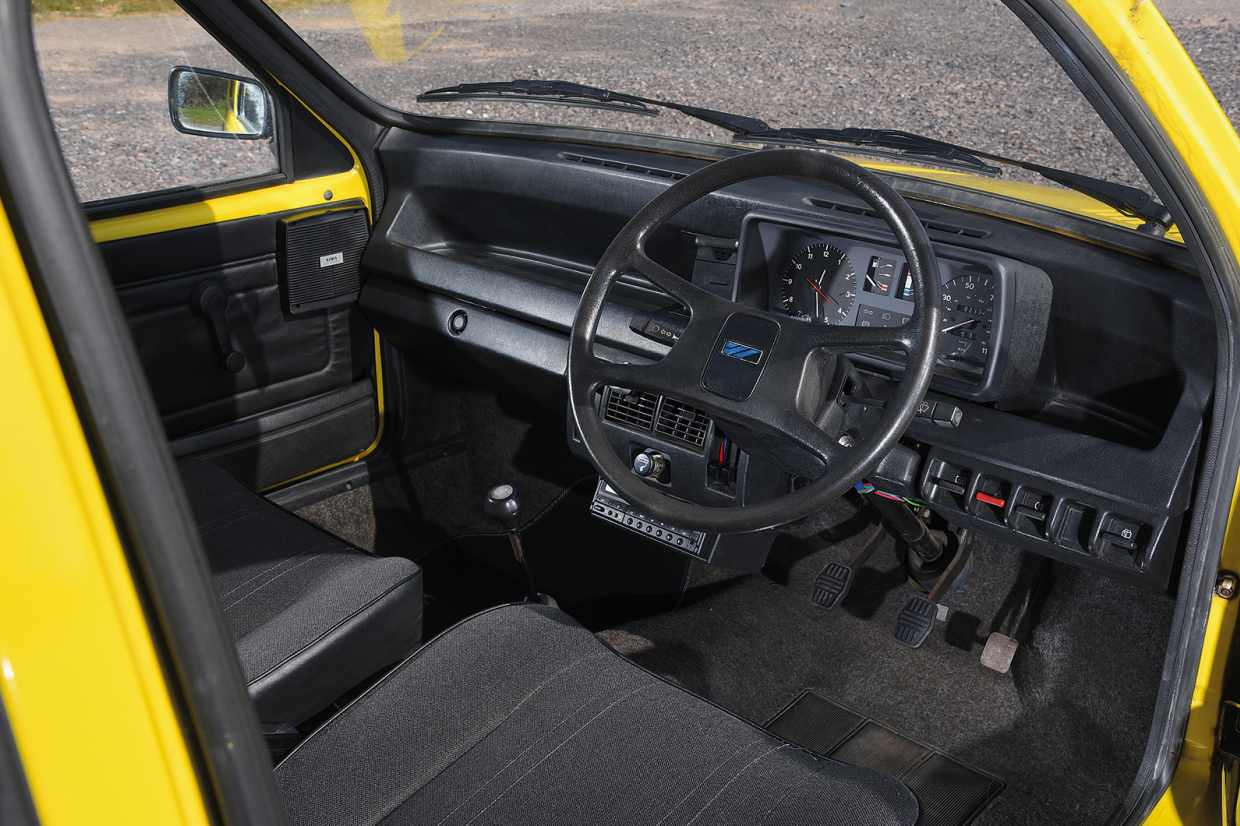 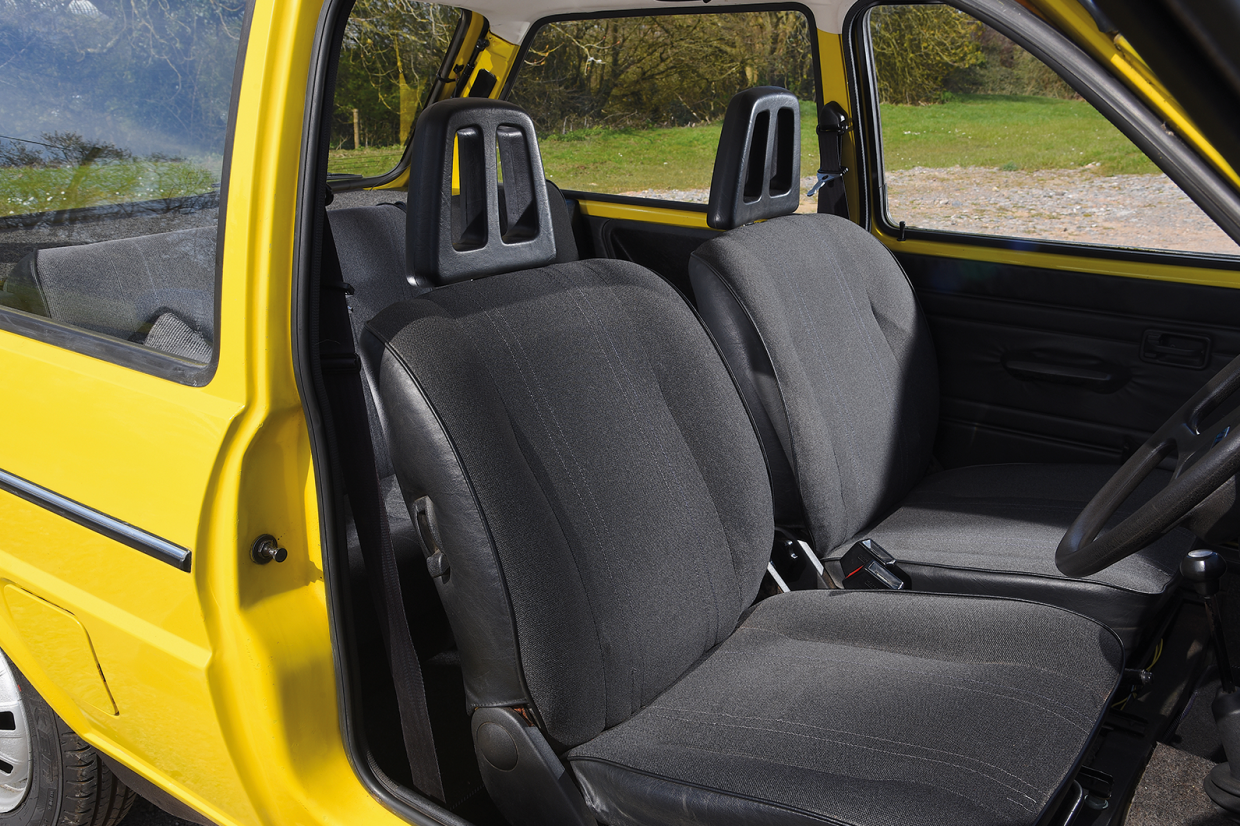 Throughout its life the Metro was a class leader for ride and handling, though early cars had a tendency to pitch over certain undulations. This was improved in 1984 and cured in 1990 by laterally linking the Hydragas. It was also quiet and refined, with minimal wind noise, but could be cramped for taller drivers.

Well-shaped seats compensated for the upright driving position and were continually improved, but rear-seat space was compromised on later cars.

Austin Metro: before you buy 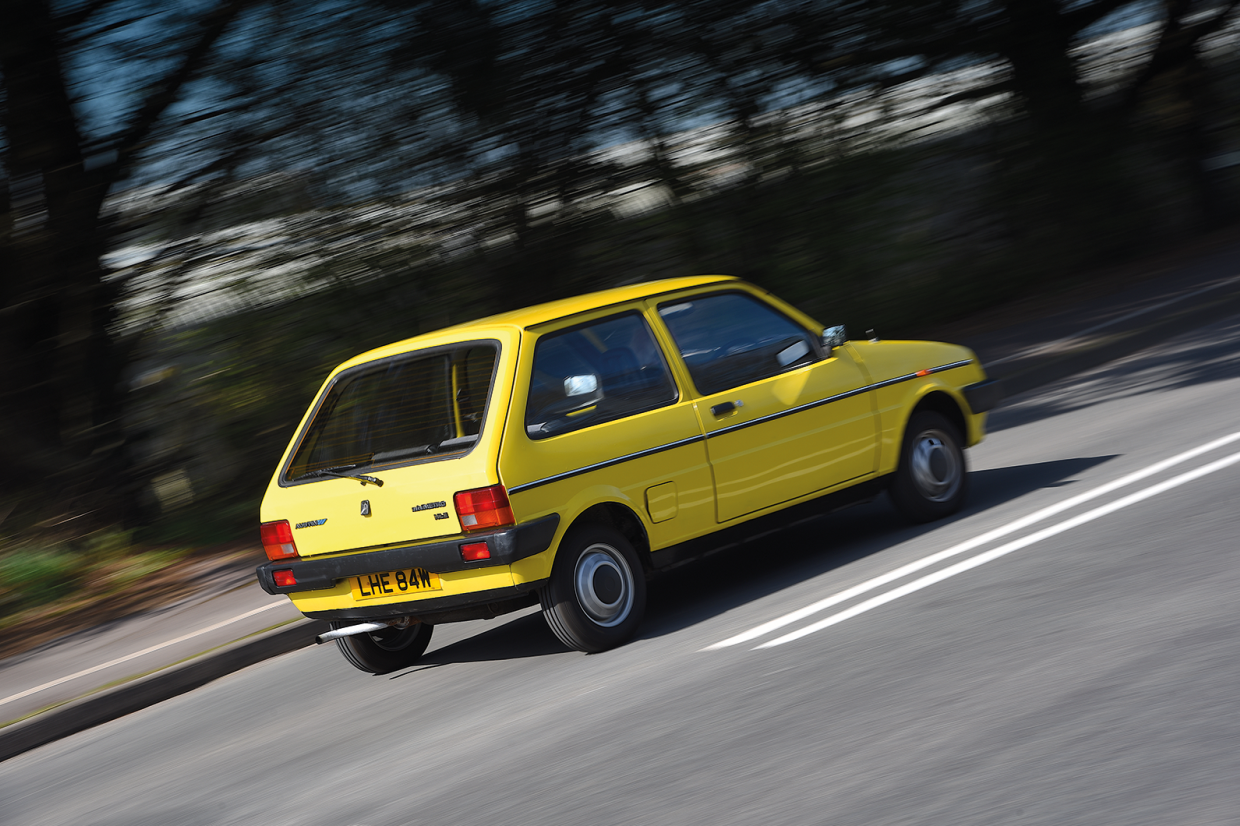 Until mid-1989, A+ engines were built for leaded petrol – after around 10,000miles on unleaded they will erode their valve seats if driven much over 3000rpm.

Hardened exhaust valve seat inserts can then be fitted, or you can swap for a head that already has them. Many have already been converted and it’s not an expensive job at c£250.

The ultimate MPi with up to 103bhp was a lively performer – Autocar & Motor took the 95bhp GTi16v to Castle Combe in 1990, where it lapped just 2 secs slower than a Mazda MX-5.

While the A-series is bombproof, just getting rattly and oily when worn, the K-series needs more care –cambelt changes at six years/60,000 miles are vital, as is immediate action if the cooling system springs a leak.

Check the oil cap and coolant for signs of the oil and water mixing: replacing the head gasket can be a DiY job, but it isn’t easy and you’ll need to get the head skimmed (£500+). A well looked after K-series will do 200,000-plus miles without problems.

The AP automatic ’box scares some people but is generally very reliable and quite likeable, and Autocar reckoned that the CVT Metro had the best CVT it had driven, period.

Long-term, a lack of new parts for the likes of the Hydragas displacers will be a problem, but at present everything can be found cheaply secondhand.

1986 Mayfair added between City and VdP 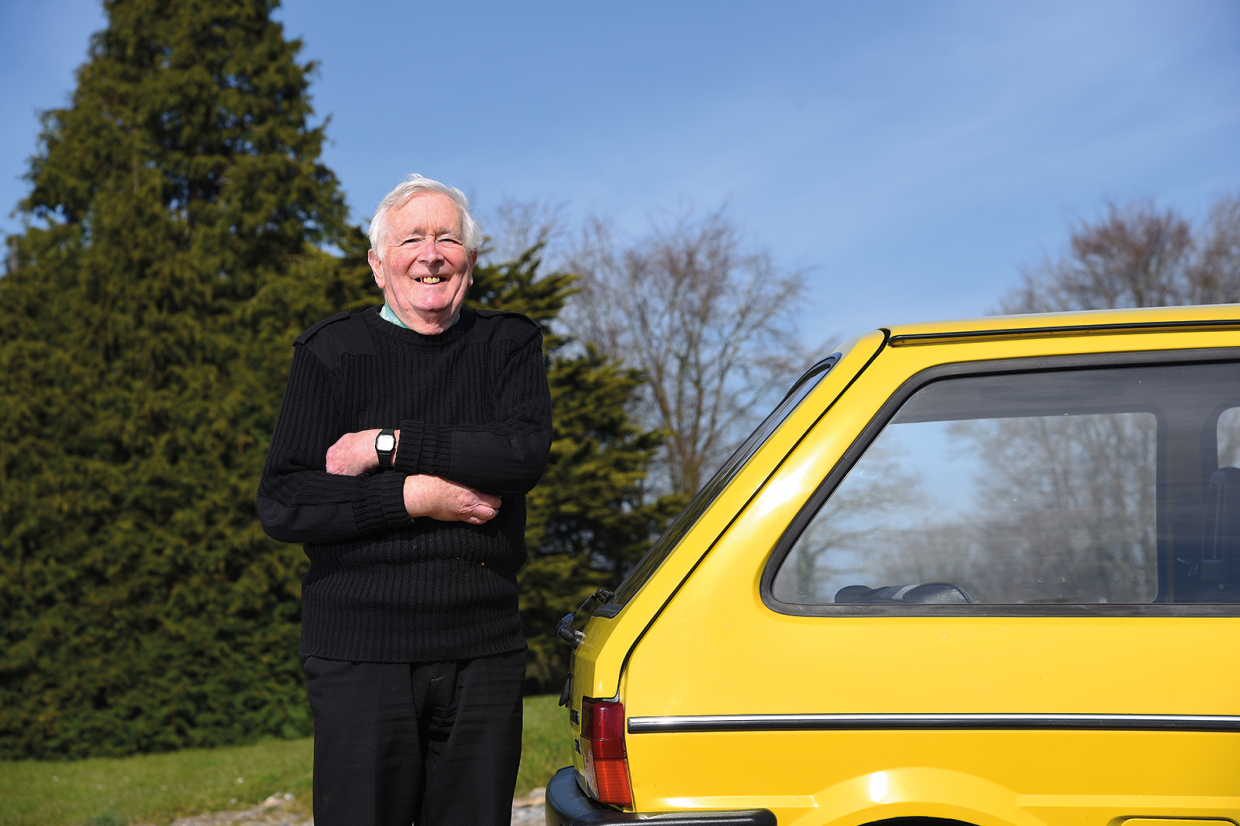 “I’m a Mini man really,” admits Brian Short, “but I had a Metro Mosaic when they were new and my wife had a GTa, so I’ve always liked Metros.

“When I saw this 1981 HLE for sale up north a year ago, I just had to have it. The first owner was a vicar in Sheffield, and it was stored from 1986 until recently.

“I bought it unseen from a classic car specialist and had it delivered, but it shouldn’t have had an MoT, really – the wipers weren’t working and it kept cutting out. The fuel gauge didn’t work, either. I’ve sorted it all out now – the jet in the carburettor had come away from its plastic holder and was making it conk out.

“It’s amazingly original – it’s had a new front valance, but no other welding. Even the speakers in the doors were an original dealer-fit new, when they were mated to a cassette player.” 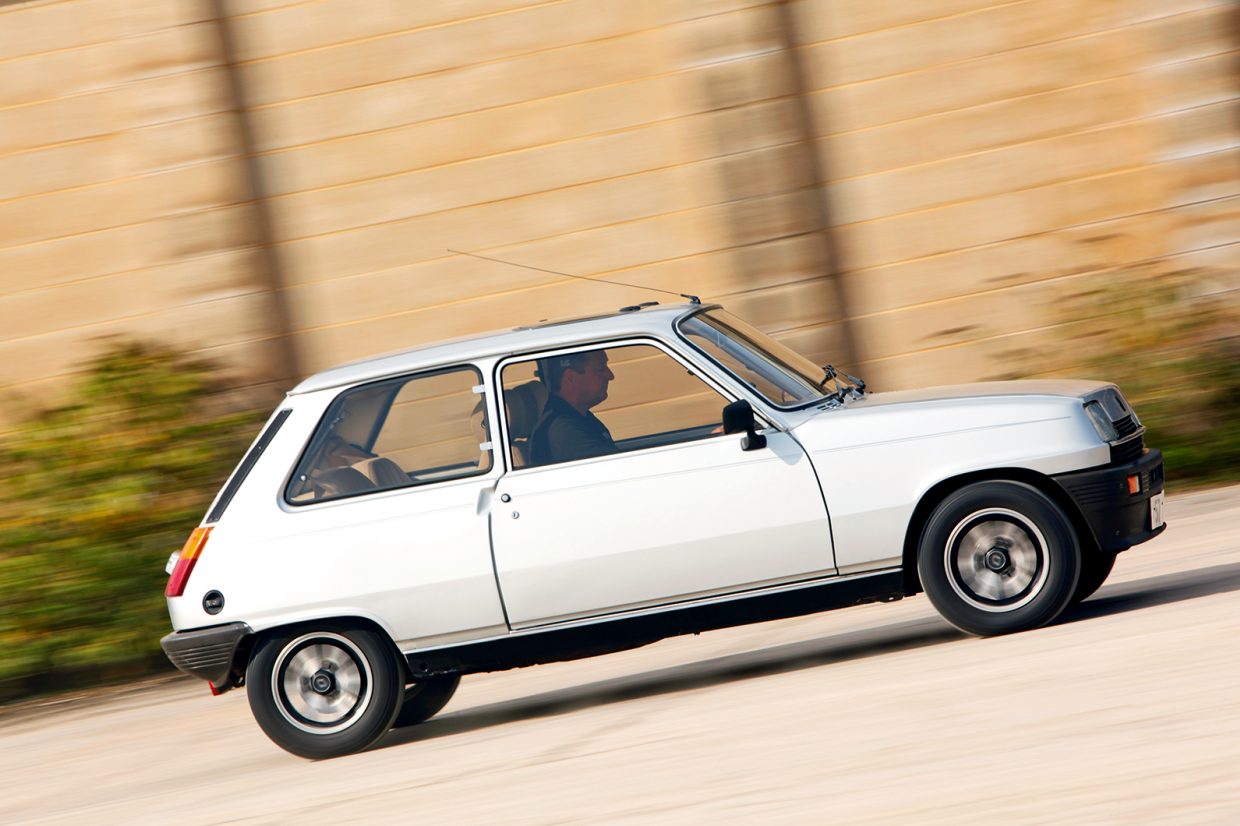 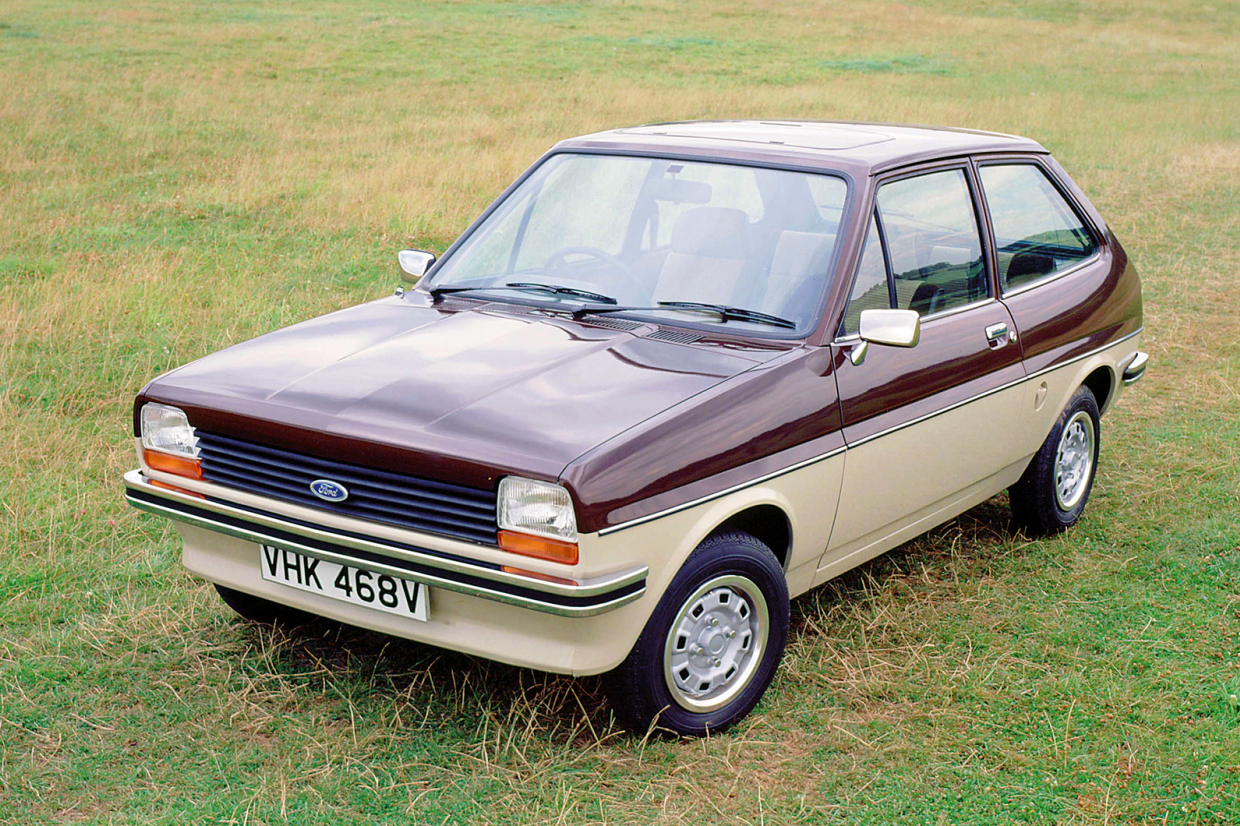 How about a Renault 5 (left) or a Ford Fiesta?

One of the first volume hatchbacks, a pioneer of deformable plastic bumpers and a huge sales success, the R5 was comfortable with a roly-poly ride. Now scarce, and rot is a big enemy.

Growing through three generations, the Fiesta kept Kent engines too long; the larger CVH and Zetec were better. Never a class leader, but a sound contender at good prices. Rust is, again, the killer. 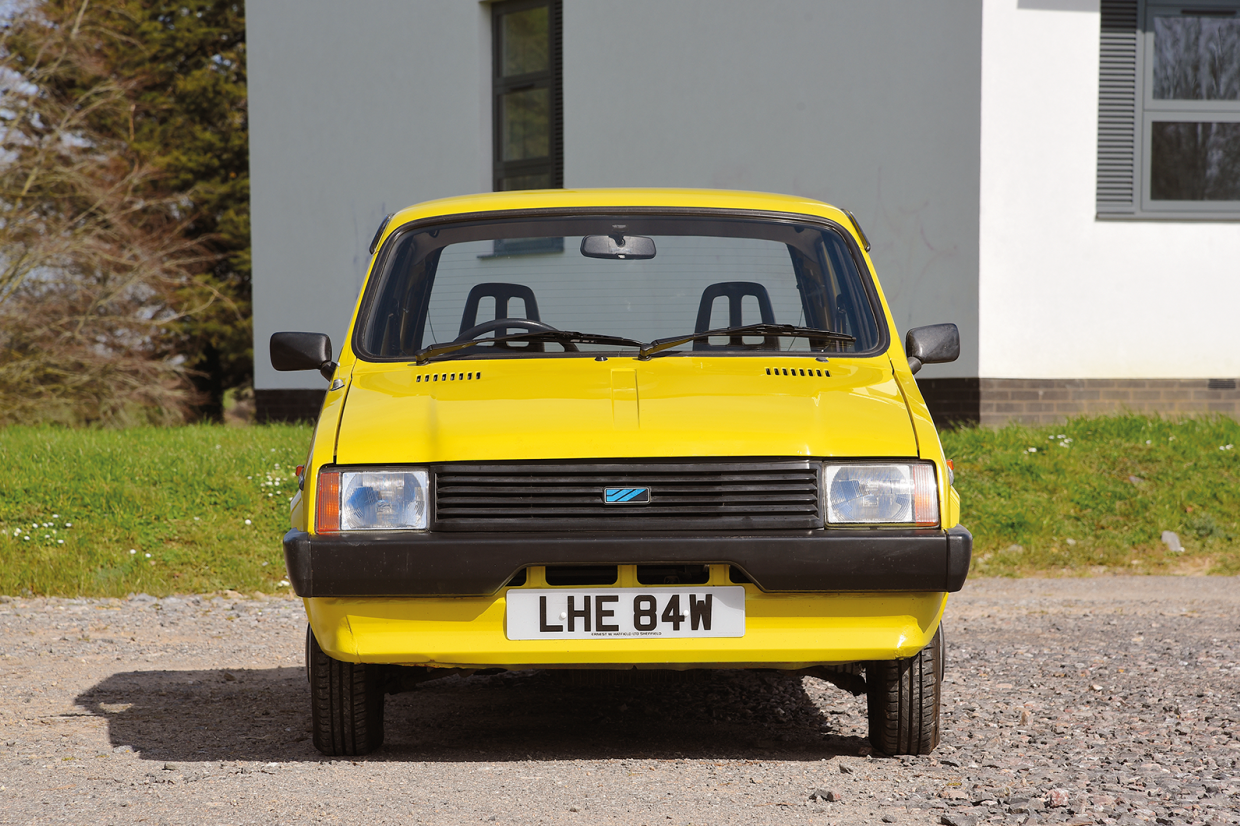 With a huge range available from new and a high attrition rate, it can be a challenge to find specific Metro models in good condition.

Many early cars have been robbed for Mini parts, so beware those that are not what they claim to be. This affects late cars, too: an MPi is more sought-after than an SPi, for example.

Finding a good original car is definitely preferable to – and far cheaper than – trying to restore a neglected example.

21 £15k GTs to spice up your summer staycation getaway 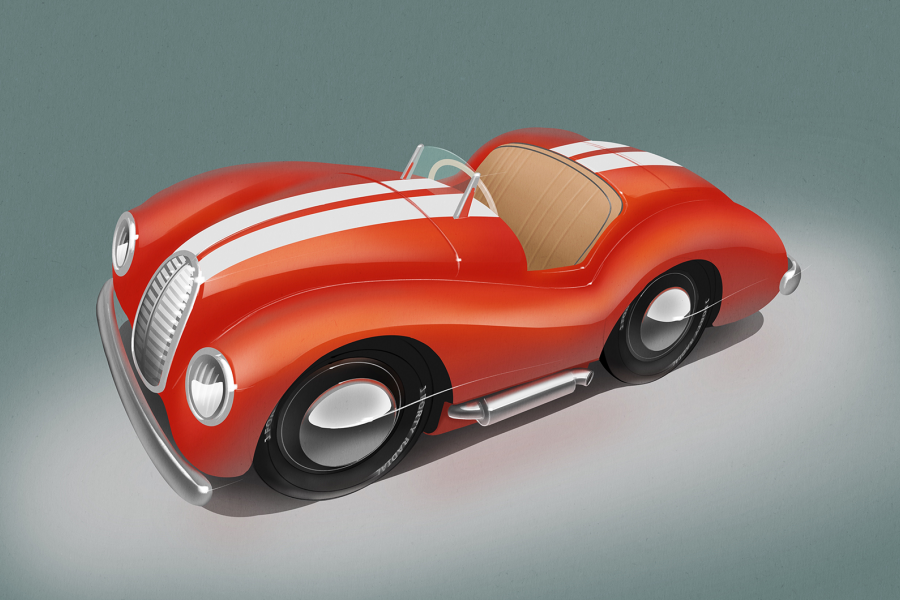 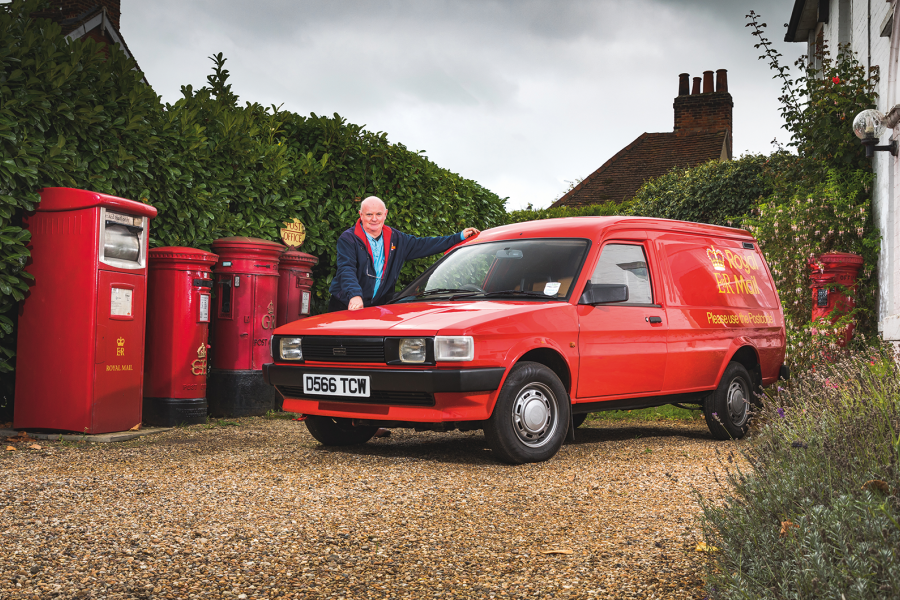 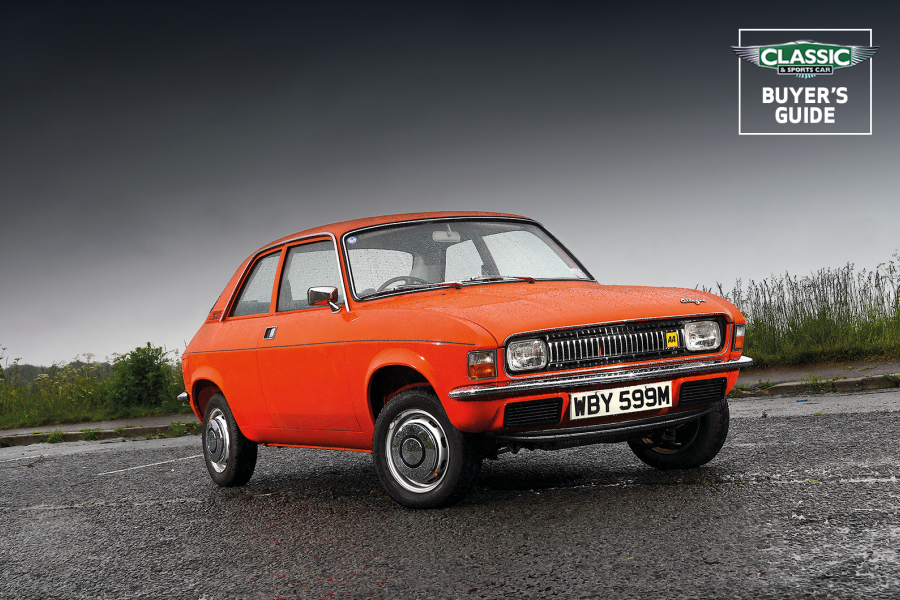 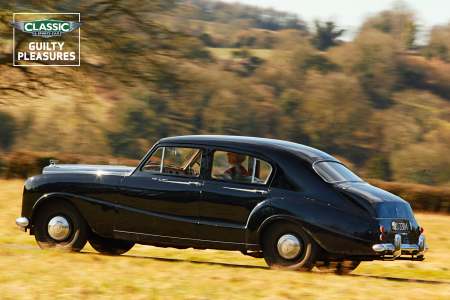