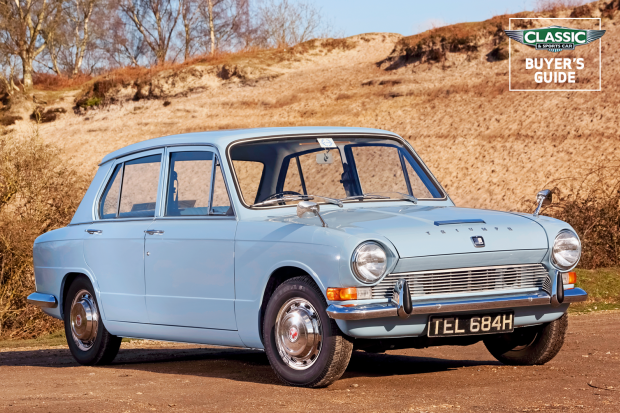 Why you'd want one

Triumph’s 1300 was a brave venture. It lacked the character and DiY-friendliness of the Herald, but the company’s first front-wheel-drive model – and first small monocoque – was well engineered, with semi-trailing arm rear suspension and a comfortable, quality feel that received rave reviews on test.

Front drive was the obvious way to go after the success of the Mini, and the arrival of the BMC 1100 confirmed its packaging advantages. But Triumph, then part of Leyland but not yet joined up with BMC, wasn’t going to follow blindly.

Instead, Harry Webster placed the Herald motor in-line – with the gearbox below and partly behind – and the final drive immediately under the sump. It meant a fairly high bonnet, but could use the engine unchanged bar crank and sump.

To get good performance in what was a heavyish bodyshell for its class, the 1147 unit was taken out to 1296cc and fitted with an eight-port head, based on that developed for the Le Mans Spitfires.

The 1296cc engine would soon be used in the Spitfire, too, and would eventually give the Herald a new lease of life as well, as development costs forced Leyland to take the 1300 upmarket. Four doors and luxury trim, with innovative fold-flush window winders, added to the appeal.

The model’s sporting stardom came with a clever 4x4 adaptation using 2000 rear suspension and a Weber-carburetted motor. It wiped the board in its first televised outing in rallycross, but shortly after was rolled, and no more were made.

A small 4x4 off-road vehicle, the Pony, was also developed using 1300 running gear; it would eventually be built by Autocars in Israel.

Sophistication was weighty and expensive, however; in the end Triumph reverted to rearwheel drive and even a live axle. Front drive ceased in 1973 after 214,703 cars had been built, and the rear-wheel-drive small Triumphs were simplified into the Dolomite range in 1976.

Prices are modest and there are still nice, low-mileage examples to be found. Rust is the main flaw, plus specific weaknesses such as the 1300’s quill shaft, but those can be overcome.

Volumes are too low for much in the way of spares remanufacture, but most parts can be found and long-term owners often have stockpiles, accessible via the clubs. 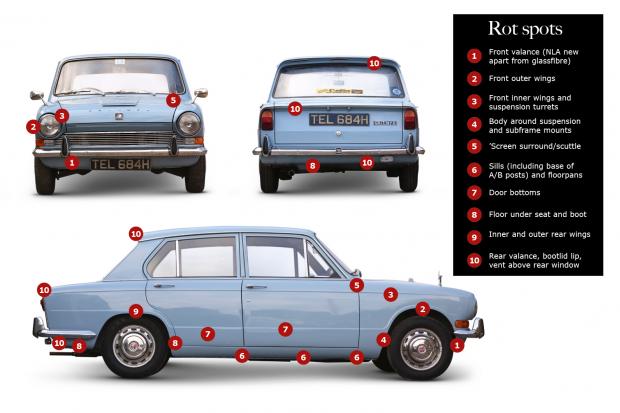 See image above for rot spots. 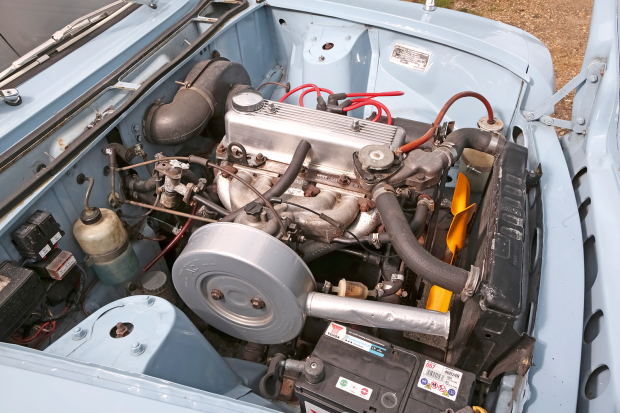 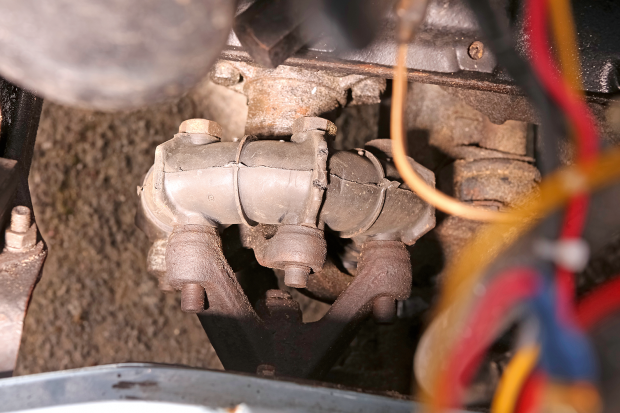 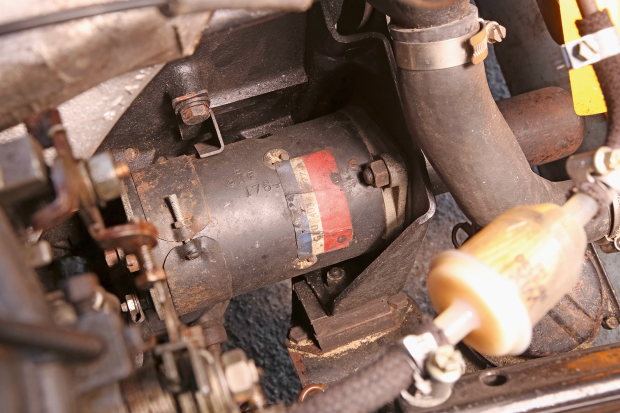 The engine should feel smooth, quiet and flexible when driving. Listen for crankshaft knock (more so on 1500) and look for excessive breathing and oil leaks.

Confirm that the oil light goes out promptly on start-up and doesn’t flicker at hot idle. New valve seats will be needed after 10-20,000 miles on unleaded petrol, unless driven gently.

1300’s contra-rotating starter is almost unique, and operates on a separate ring gear. Replacements are hard to find, though club contacts can usually help. 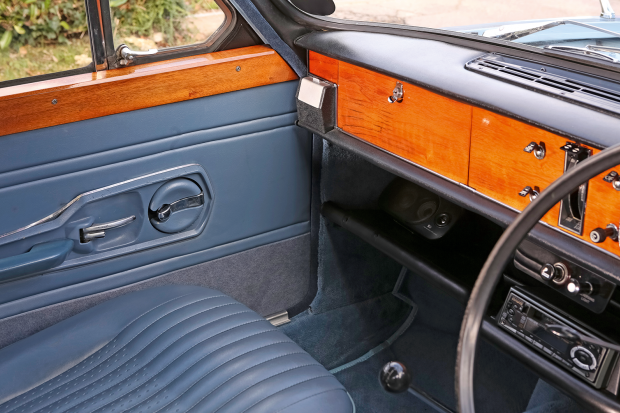 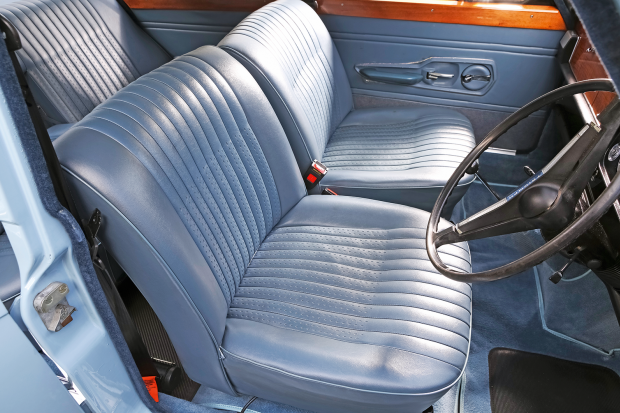 All models had comfortable seats plus excellent heating and ventilation; the 1300/1500 front chairs adjust in all directions and, being vinyl, are durable.

Walnut door cappings and dash should match; look for damp and delamination. Foldaway window winders were a novel safety feature, unique to the 1300. 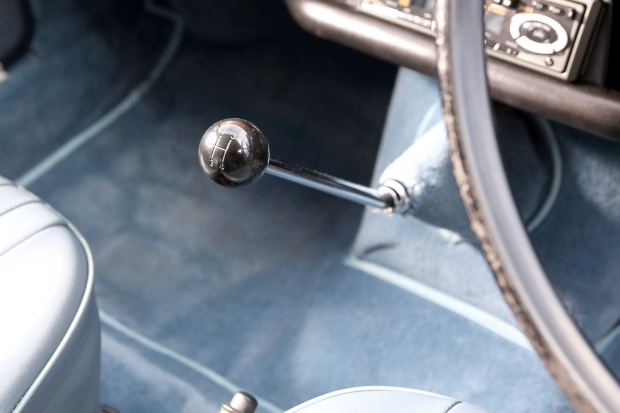 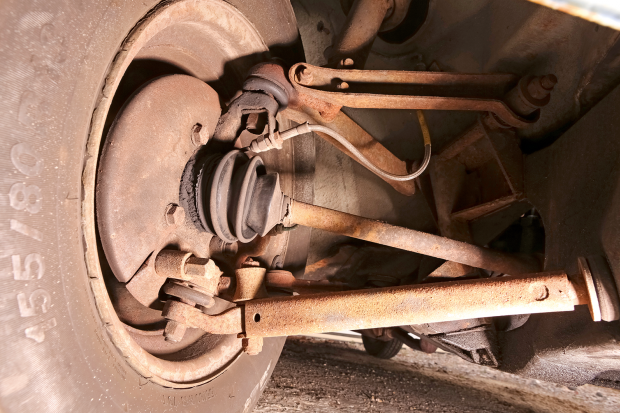 The transmission should be practically inaudible; test for worn synchros and jumping out of gear. Imprecise change is bushes; baulking may be the quill shaft.

Suspension/wheel bearing wear should show up at MoT time; soggy bushes spoil handling and ride, as do weak dampers. Front disc brakes on all but early Toledos. 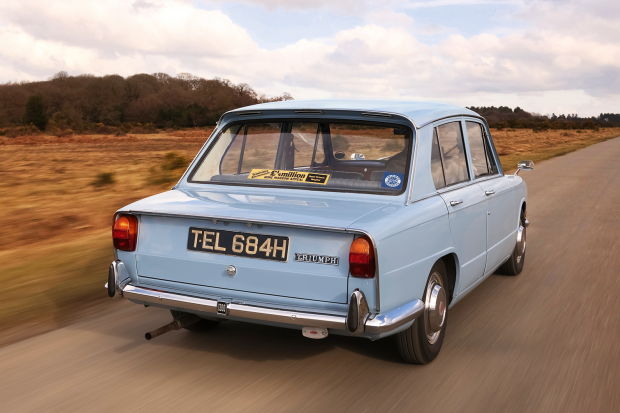 Triumph’s 1296 powerplant was exceptionally smooth and flexible; its only significant weakness was a tendency for the crank thrust bearings to wear – scarcely noticeable in service but rendering the block potentially unusable at rebuild time.

Get someone to depress the clutch while watching the front crank pulley to see if it moves back and forth – any noticeable movement is too much. Stroking the unit to get 1493cc put higher loads on the three main bearings: 1500s have a limited life, but changing bearings at 50,000 miles or less will help to avoid severe crank wear.

Low gearing gave lively performance, but the penalty was high fuel thirst if driven hard. Idler gears were used to take drive down to the gearbox; engine, gearbox and diff each had their own oil but the quill shaft transferring drive on 1300s was a weak point. Canley Classics made uprated ones; 1500s are stronger but not interchangeable. If it’s difficult to select the gears, be very wary.

The wide track and long wheelbase provide safe handling, with understeer predominant. The 1300TC had 23% more power: it was the quickest of the cars reviewed here, but Motor headlined its test ‘Performance replaces refinement’ and many owners prefer the single-carb version.

Turning a long-wheelbase, front-drive car into a rear-drive model meant that the Toledo needed a centre propshaft bearing – driveline vibration probably points to wear in this.

The Toledo had its own innovation – polycarbonate bumper underriders – and, despite being a deliberately cheapened model, remained refined, with good handling and remarkable economy. 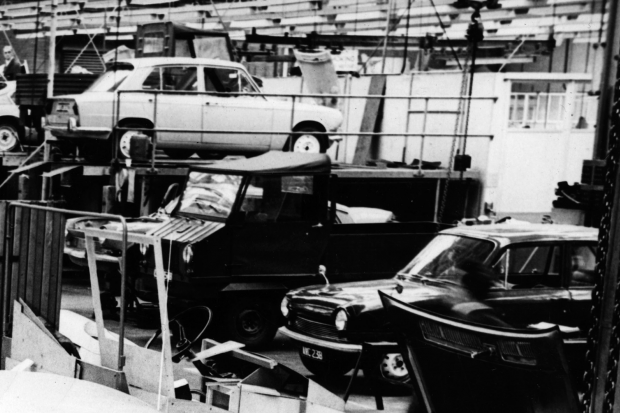 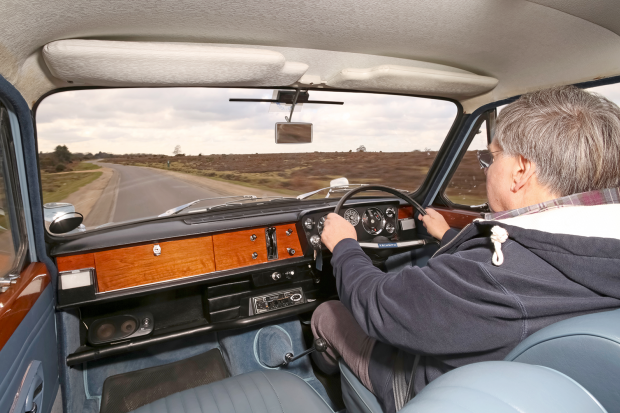 "This was a Bournemouth car and had done only 26,000 miles. The first owner traded in a Rover 2000 automatic for it and must have thought it was an auto, because it had bills for many clutches!

"There was 5mm end play in the crank – I had to change the engine. The body was superb, though. It was never sealed – it’s still in primer underneath – but it’s never had any welding.

"They were quite forward-looking for the time… and it’s unusual; it’s often the only one when we go to shows. There’s a keen following and we enjoy the club’s social side.” 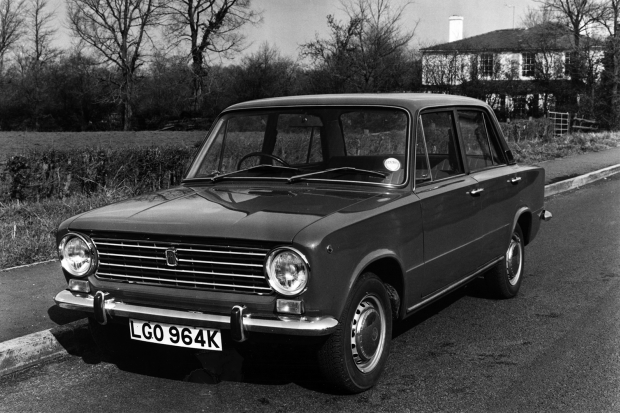 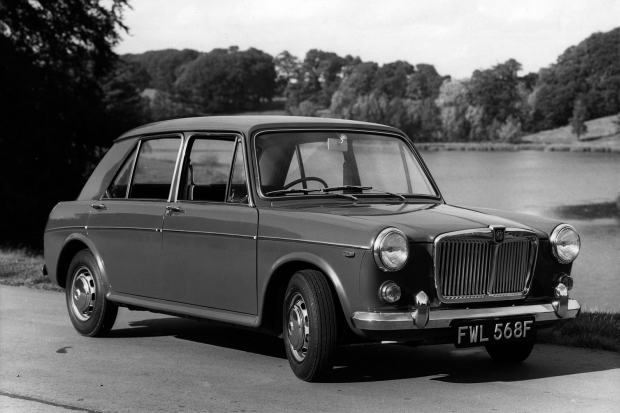 Lively front-engine (1197/1438cc), reardrive workhorses that rusted in their millions. All-disc brakes, plus later twin-cams. Few left, but good to own and fun to drive if you find a nice one. 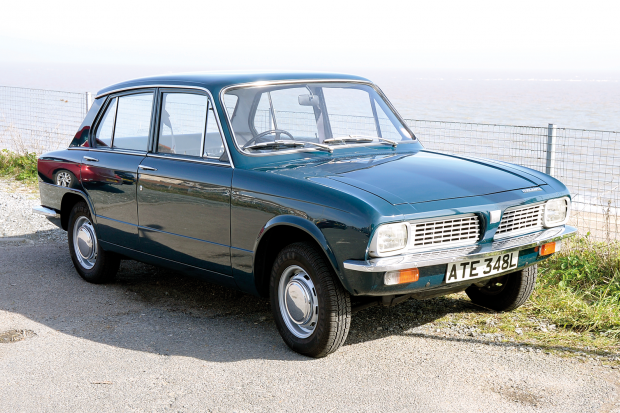 Low-mileage, well-preserved examples are still around and worth grabbing

The small Triumph saloons had an unconventional gestation but led into the successful Dolomite range. Some low-mileage, well-preserved examples are still around and worth grabbing, because values haven’t yet increased much and they are refined, comfortable and very usable. Values don’t justify restoration so avoid unless you’re an expert at DiY.

• Some parts getting hard to find 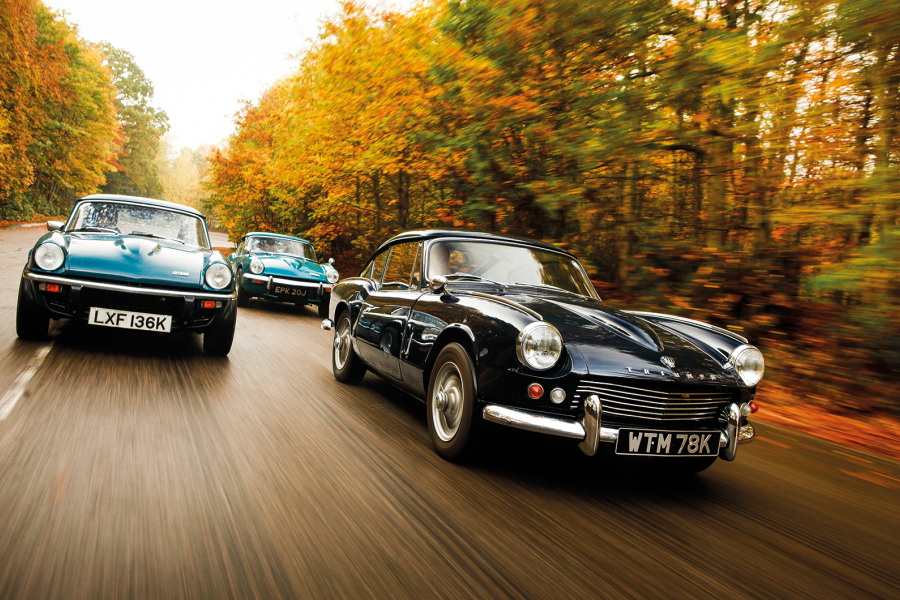 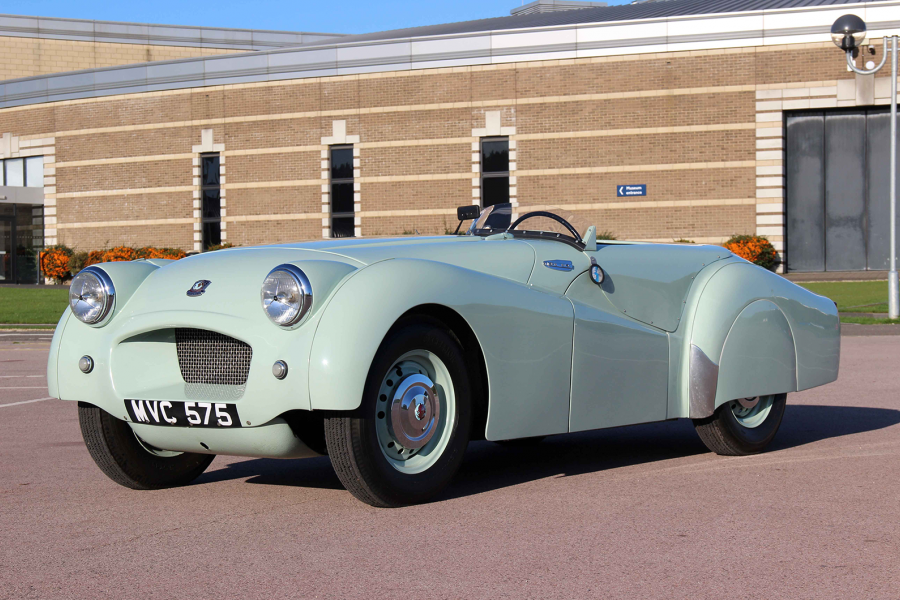 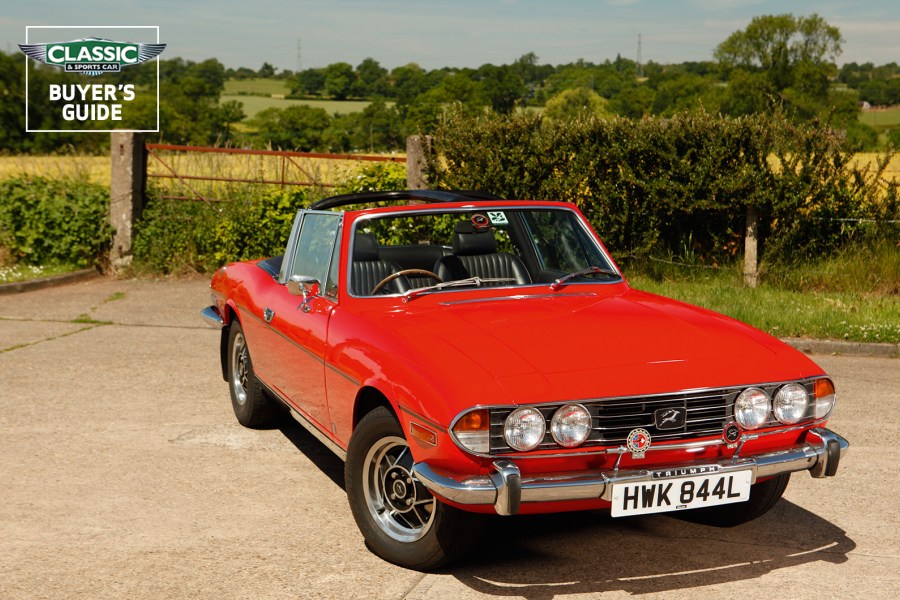 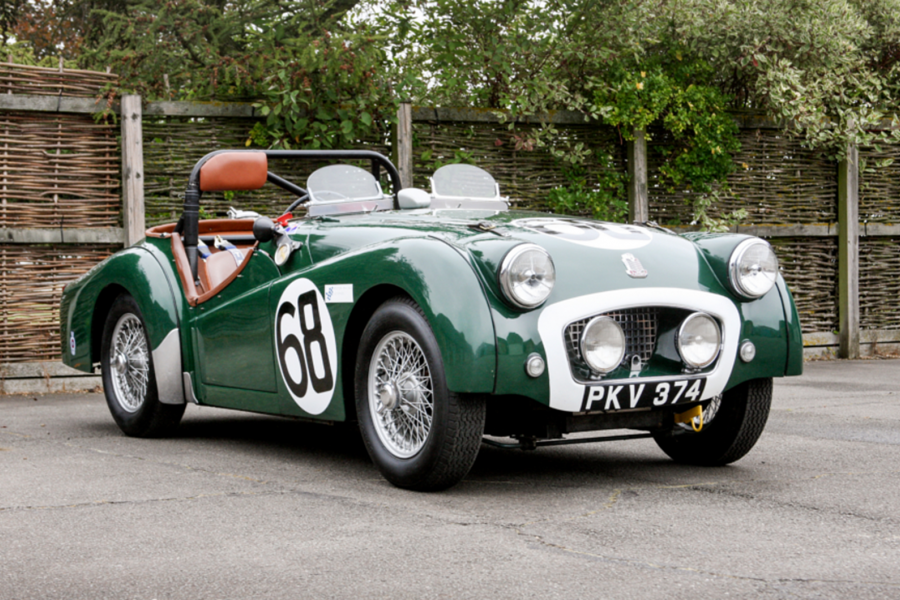