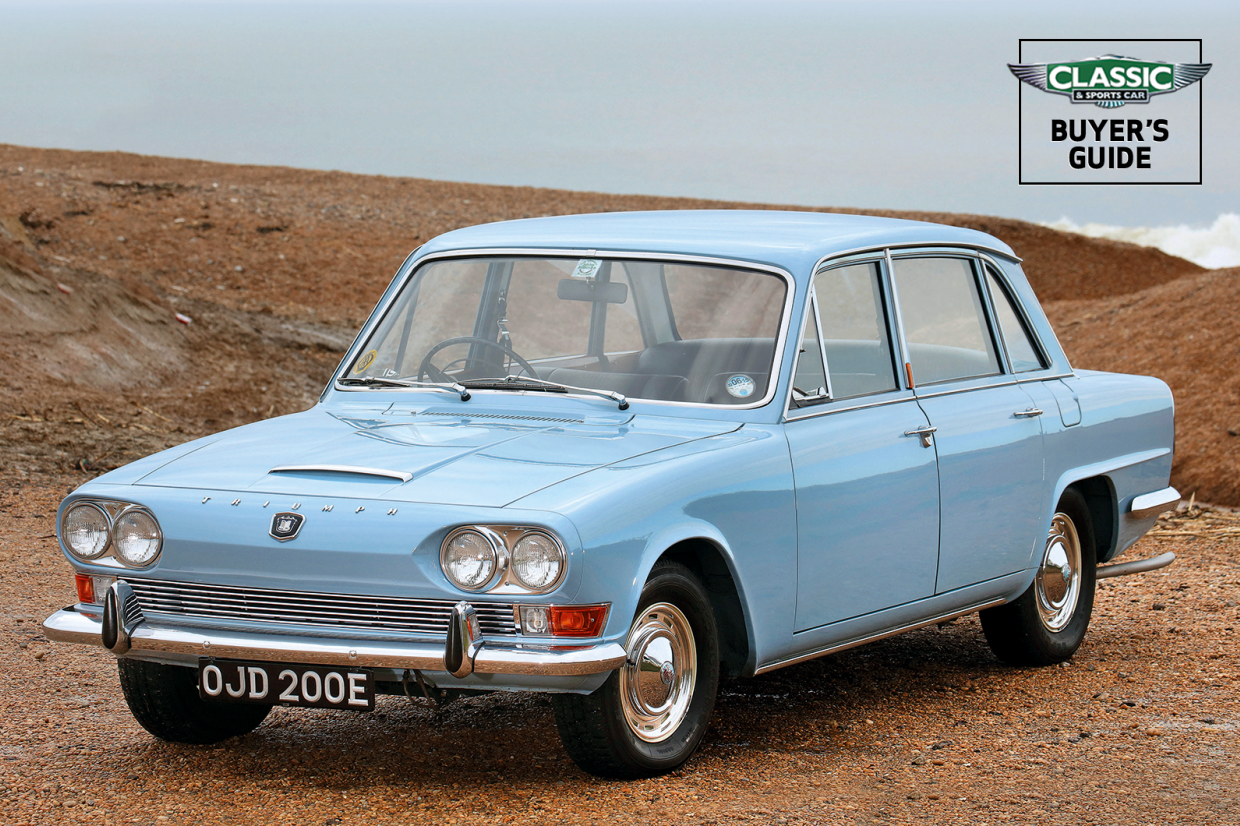 The 2000 was important in the Standard-Triumph story.

The firm was always a bit small to compete head-on with rivals such as BMC, and battled on with separate chassis construction for the Herald/Vitesse/Spitfire/GT6 family and the TRs long after others went monocoque, and its Standard marque was dying in the water.

Styled by Giovanni Michelotti, the 2000 was the first monocoque Triumph, replacing the Standard Vanguard with a car that was almost infinitely more modern.

The six-cylinder engine was ultimately derived from the 803cc Standard Eight ‘four’, with two cylinders added and brought up to two litres of silky straight-six

The new, all-synchro four-speed gearbox, with optional overdrive, was a great step forward; other advanced features included built-in rear seatbelt mountings and generously adjustable reclining seats that could turn the interior into a passable double bed.

Dropping in the TR5’s 2.5-litre injected lump gave the car a whole new lease of life, creating an understated hot rod with 0-60mph in sub-10 secs and minimal changes required to the running gear.

A 5800rpm rev limiter was a wise addition to the long-stroke unit and well-chosen gearing gave a 111mph maximum in direct top, but easy 100mph cruising in overdrive.

Thicker brake discs and 185x13 tyres on 5J wheels were all that was needed to cope with the extra power. An automatic transmission and the estate body were offered with the PI, though rarely seen now.

Michelotti was also responsible for the 1969 Mk2, which gave the car an impressive new look, with longer bonnet and tail (except the estate), new seat material and switchgear, and power steering: a formula that helped the car stay on sale until 1977.

New column switches including a ‘flick-wipe’ facility were particularly modern, and a front seatbelt warning light (with pressure switches in the seats) was added by 1974.

Sadly, the PI’s Lucas fuel injection caused too many warranty issues and was replaced by the 2500S in 1975 with two big SUs, a hotter cam, 14in wheels and (at last) a viscous fan.

Rust is the main challenge today, and it can take time to find an original example because many parts were swapped around to keep cars going when they were worth little. 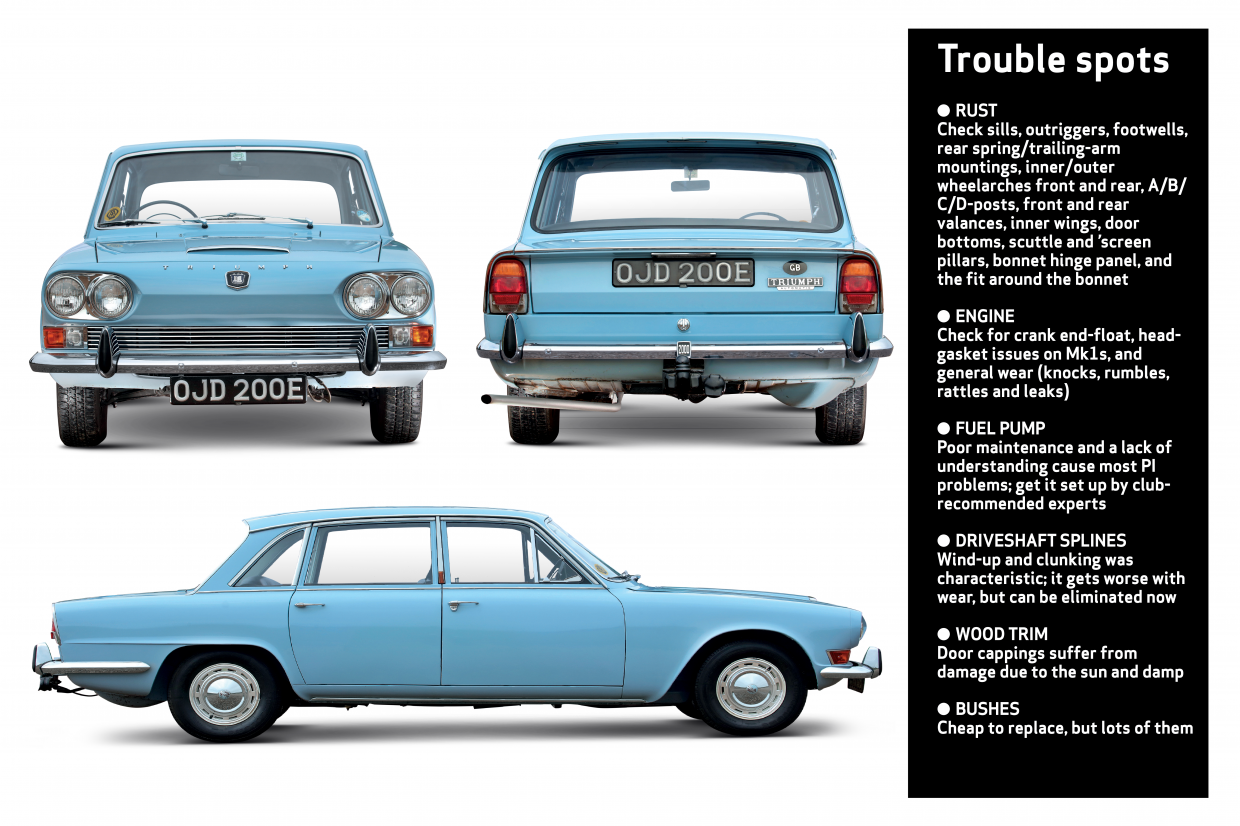 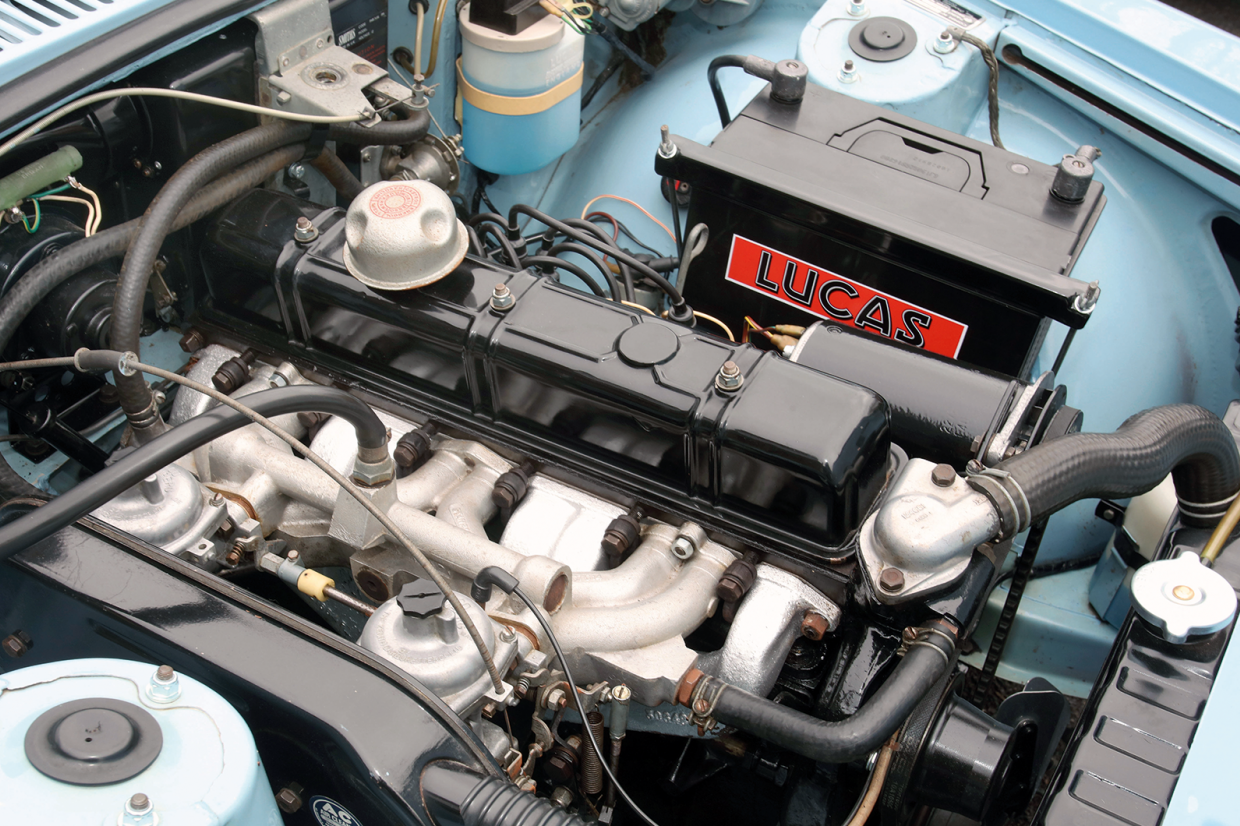 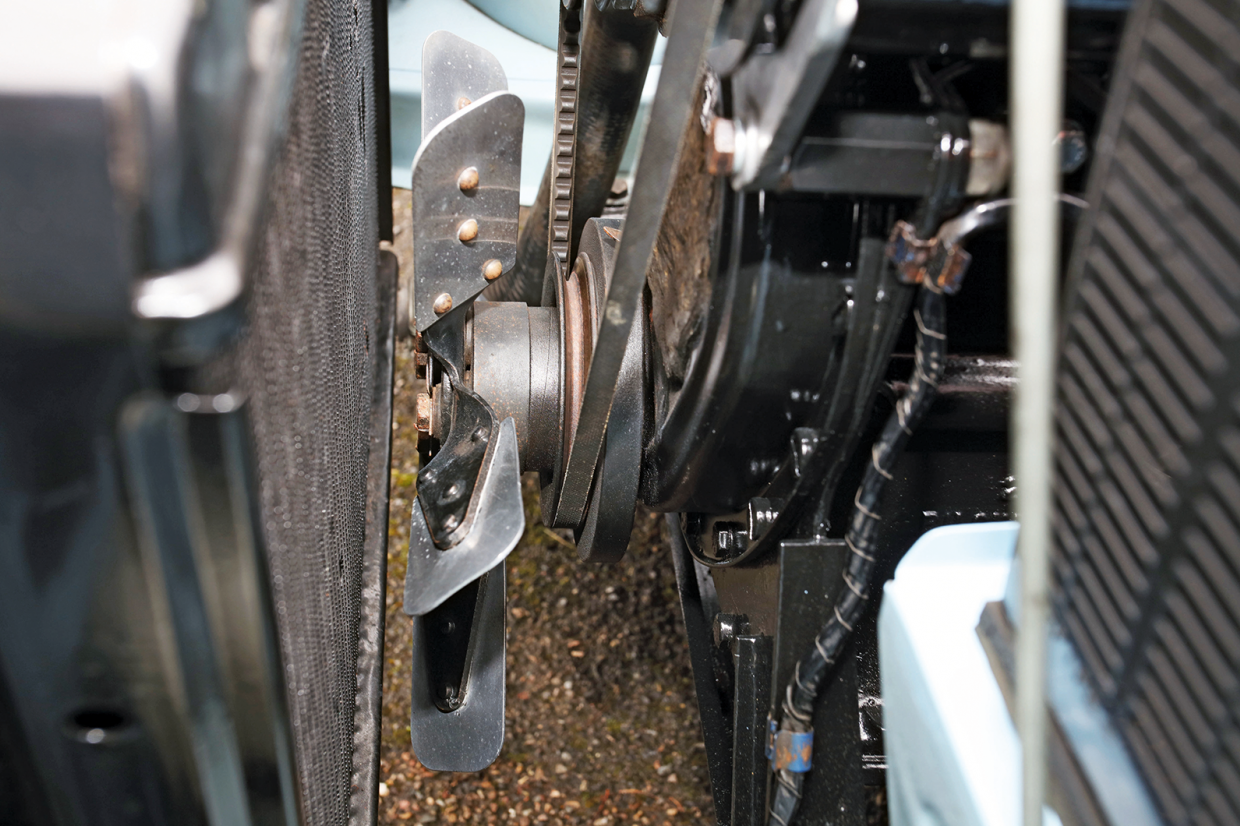 The Triumph straight-six is a sturdy and dependable engine, shared with several other models and for which all parts are still available.

Look out for overheating from a silted-up radiator, misfires caused by burnt exhaust valves (the valve seats erode as a result of modern unleaded fuels) and general signs of wear.

Engines are prone to worn crankshaft thrust washers, wrecking the crank/block. Check the pulley movement when the clutch is pressed (or lever it on autos). 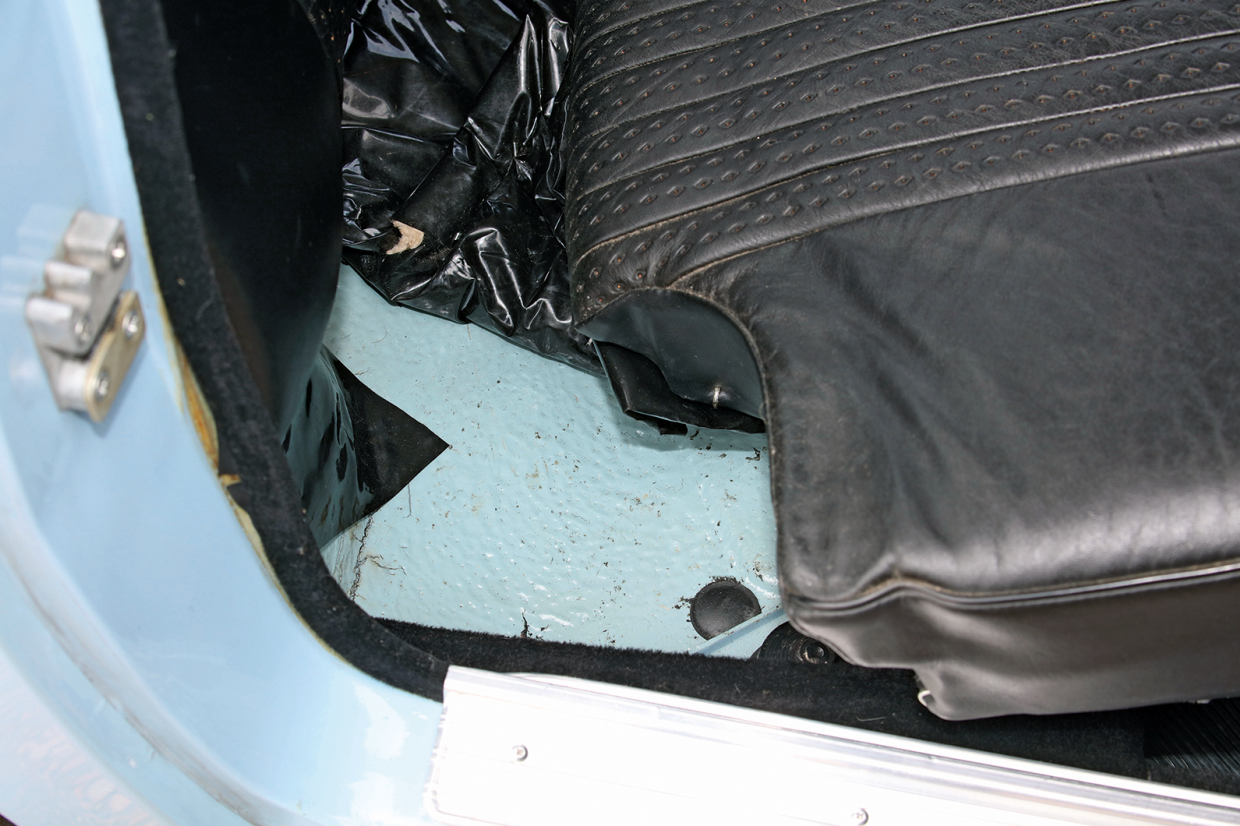 One of the trickier rot spots to repair is under the rear seat, above the trailing-arm mounts: inspect the whole body carefully, from inside and out. 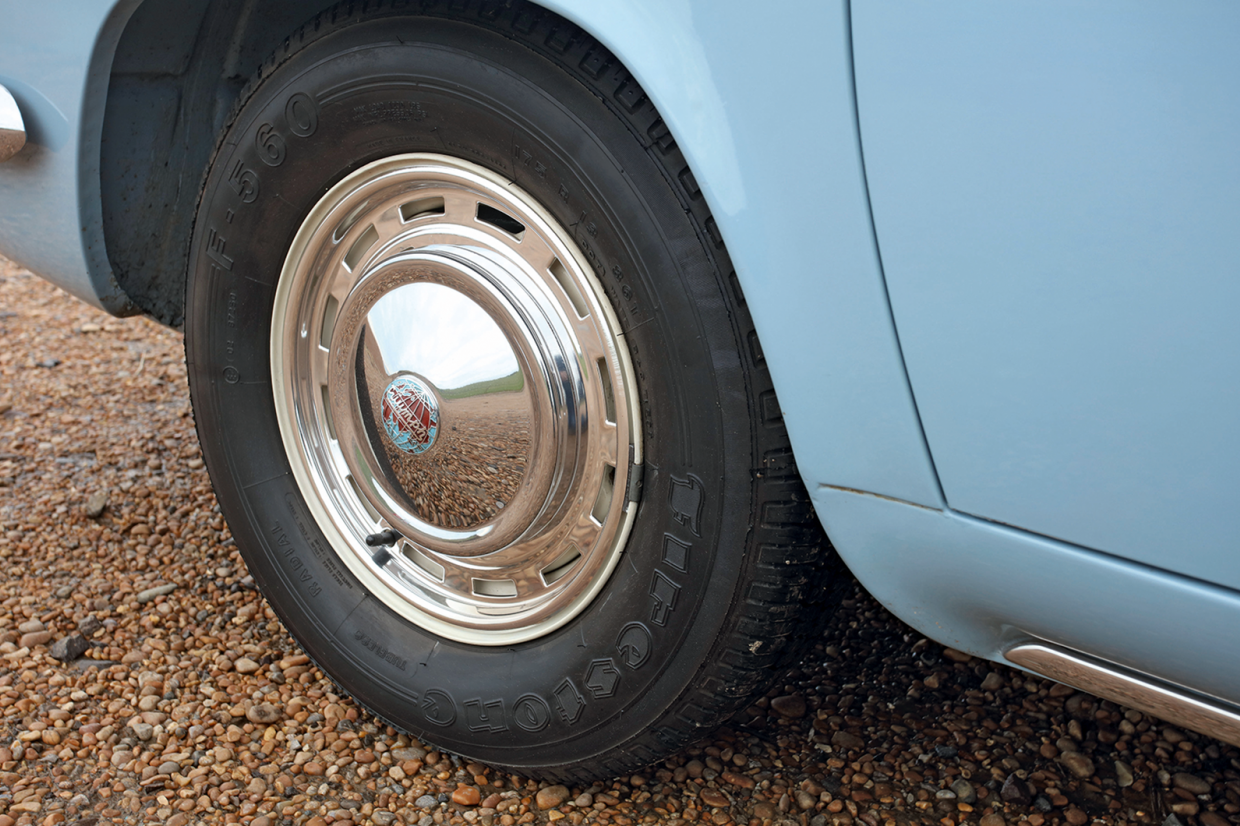 Check for clunky, worn driveshaft splines and a noisy, leaky rear diff. Suspension bushes weaken with age and oil leaks, so check both the front and the rear. 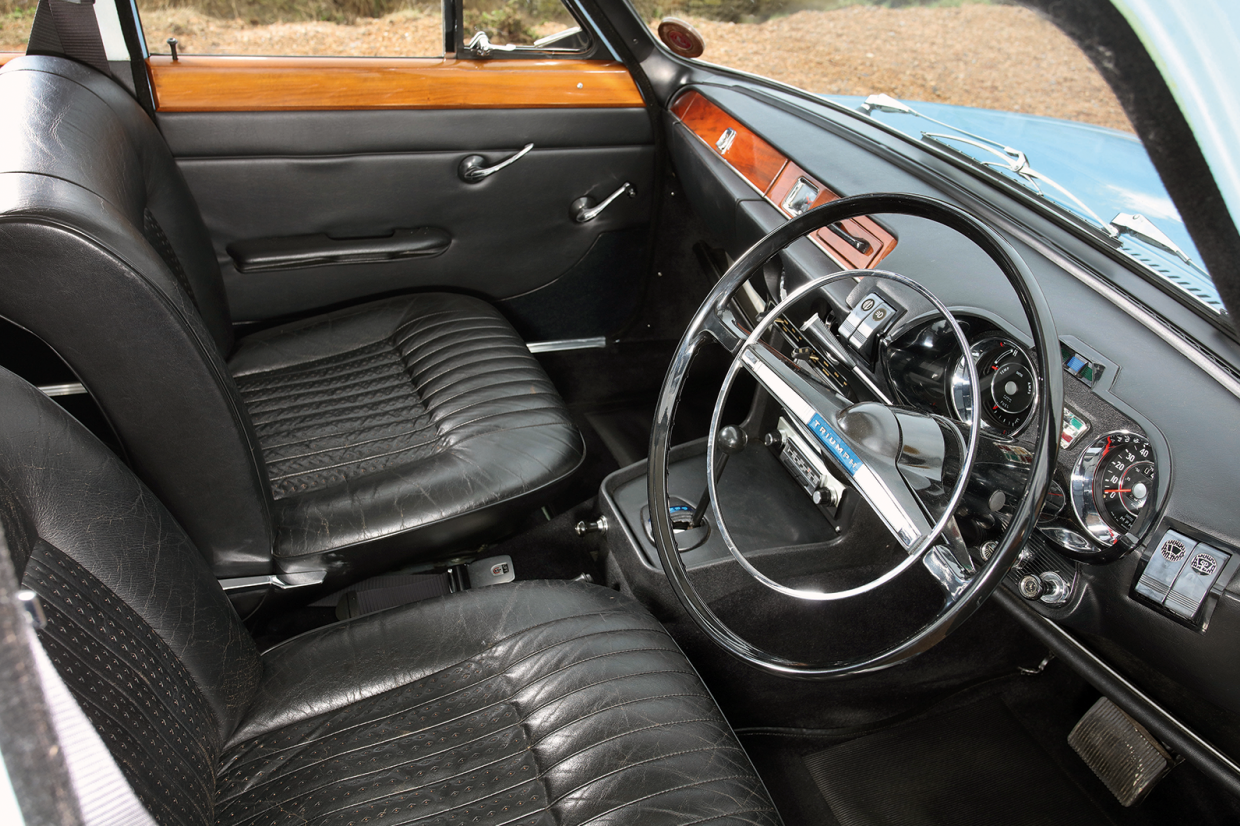 Early vinyl trim is durable; the later nylon is not, but both can be replaced. Instruments and switchgear can be hard to find, especially for early cars. 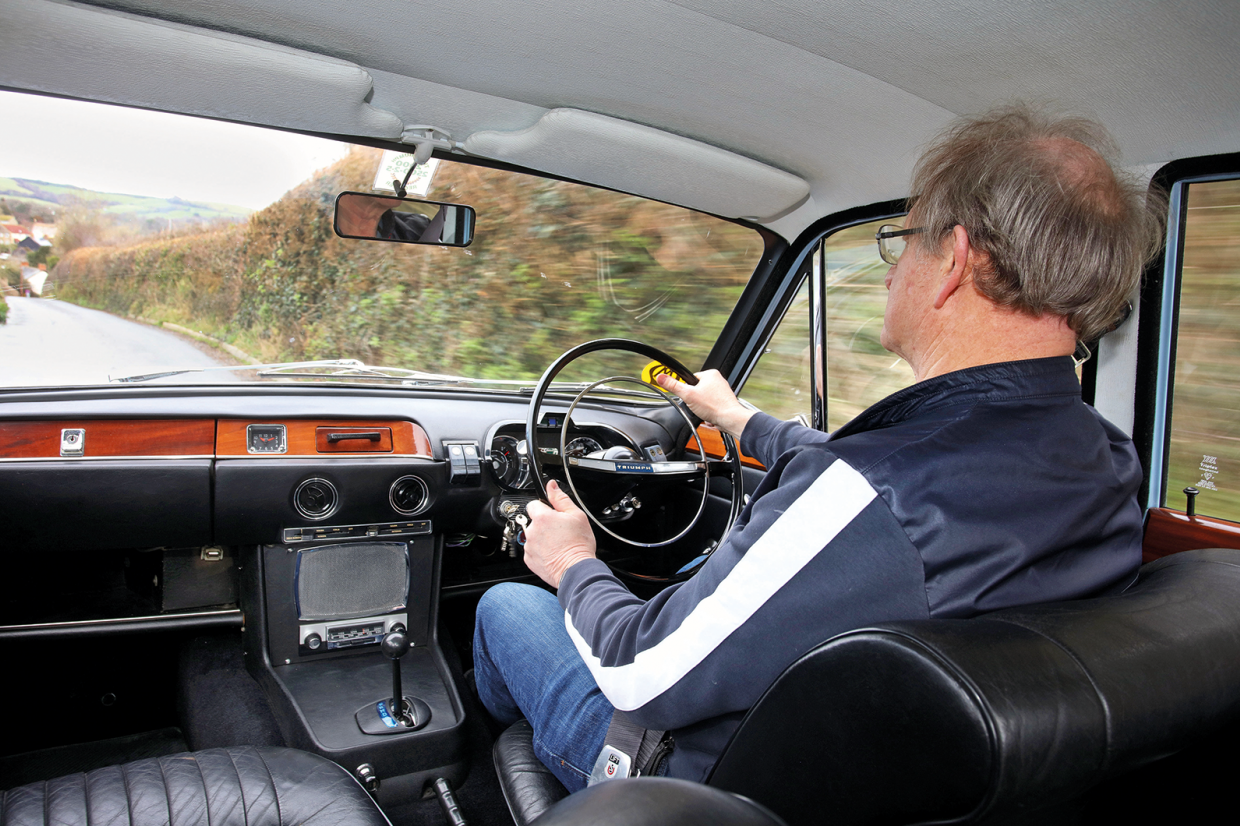 All Triumph straight-sixes should start readily hot or cold, though poor hot starting and rough running at tickover were noted PI weaknesses when they were new.

Fuel injection was in its infancy at the time, but they can now be made to run much more efficiently. Experience is the key, and there’s plenty of knowledge among the clubs and at specialists, so make use of that and a PI can be a joy to own.

The crank end-float is the only inherent weakness of this engine – catch it early and the thrusts can be replaced in situ, but bad cases can wreck both the block and crankshaft. Otherwise look out for general engine wear and signs of overheating from silted-up radiators and water passages: all parts are available for a rebuild.

The all-synchromesh TR manual gearbox is robust, with optional overdrive on third and top to give much more relaxed motorway cruising. The Borg-Warner 35 automatic is also relatively understressed, lasts well and neither transmission is expensive to rebuild.

Check the differential for oil leaks and the driveshaft splines for clonks. Driven hard, especially in the higher-powered models, they can stick under torque and cause disconcerting wiggles from the back end between power on and off. There are solutions to this using Datsun driveshafts if it bothers you, but in normal driving you’ll never notice it.

The brakes are perfectly adequate if well maintained, with decent-sized discs up front and 1.75in-wide shoes in the rear drums. 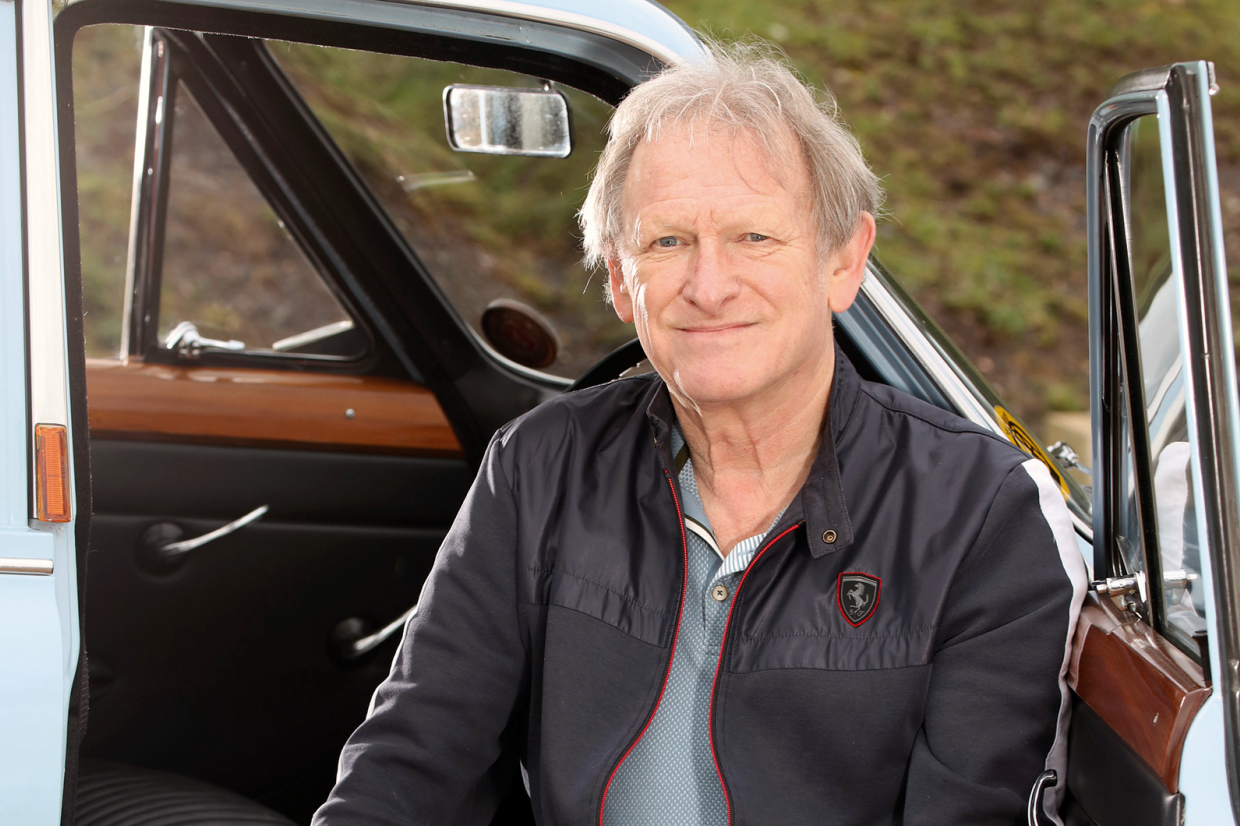 “I was on the Register committee when this car came up in 1988, stored in the original owner’s Ealing town house. We held a sealed-bid auction and I won.

“It was an absolute timewarp, covered in books in the garage, on its original C41 tyres with 14,720 miles from new. I took some fuel and a battery, blew up the tyres and drove it home.

“There was a bit of a misfire – one valve had stuck and bent the pushrod – but I freed it, straightened the pushrod and it ran perfectly. I just wish I’d thought to keep the original Stanpart weights when I put new tyres on. It drives well, but most of all I enjoy preserving it.” 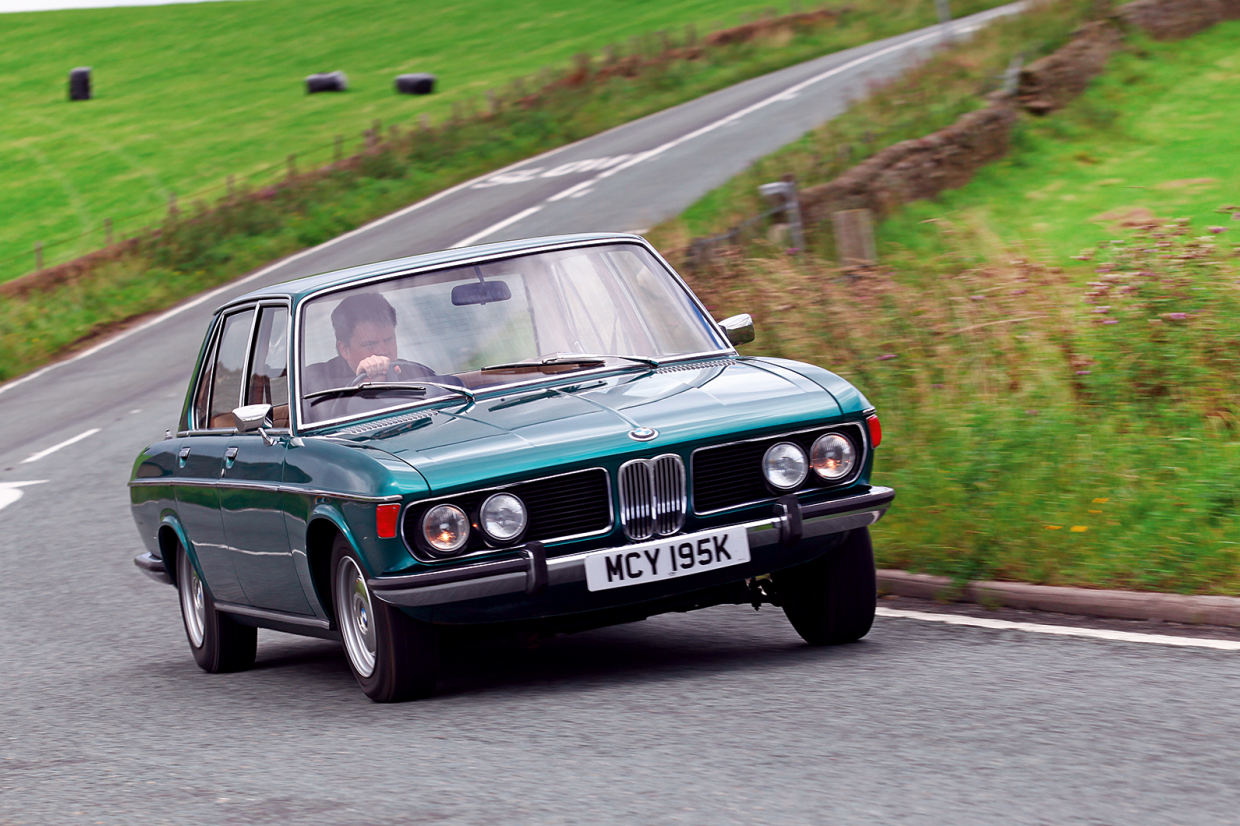 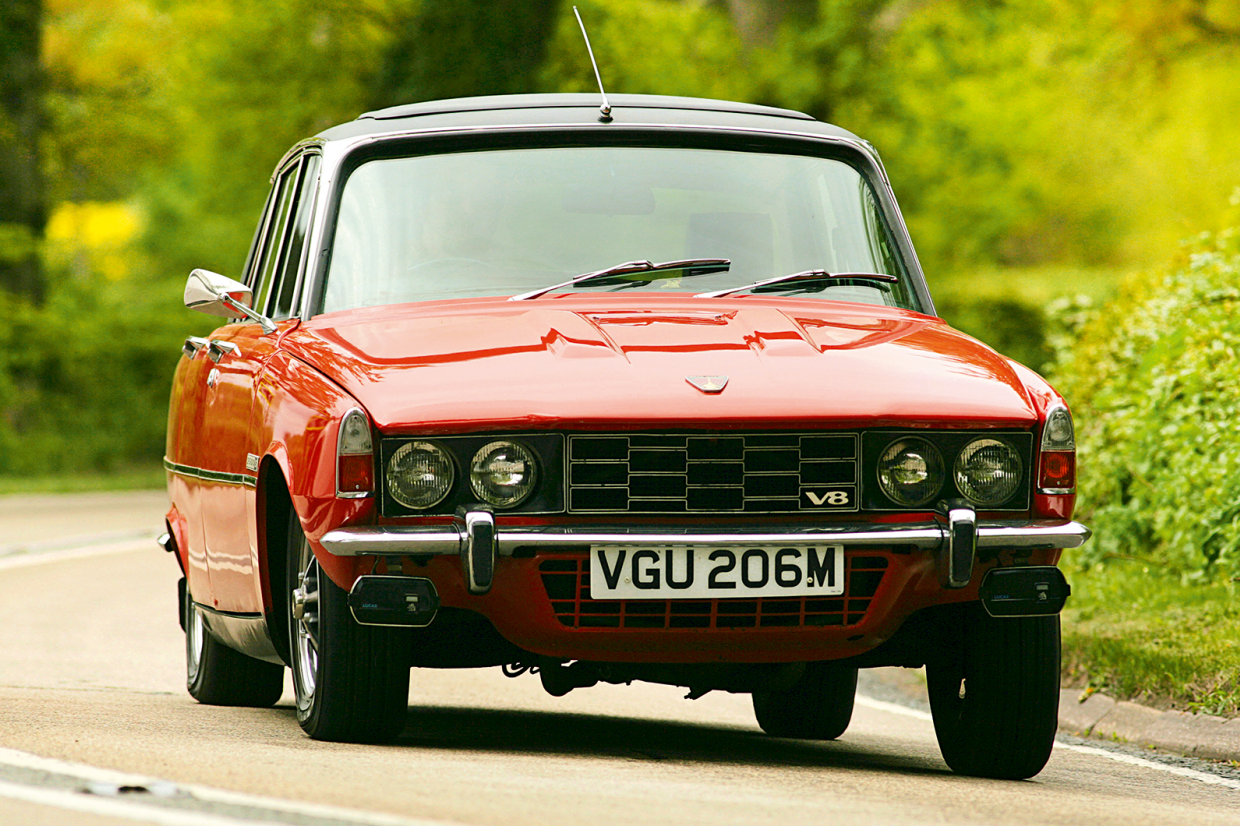 How about these other classic options from BMW (left) and Rover?

The E3 ‘New Six’ started out as a 2.5-litre, with sharp handling, attractive styling (that Michelotti also had a hand in) and the new M30 engine making it a desirable find today, albeit rare in the UK.

Built over the same period as the Triumph in similar numbers by, ultimately, the same firm. Clever central structure, aerodynamic body, the V8s flew and the ‘fours’ were lively, but rust-prone. 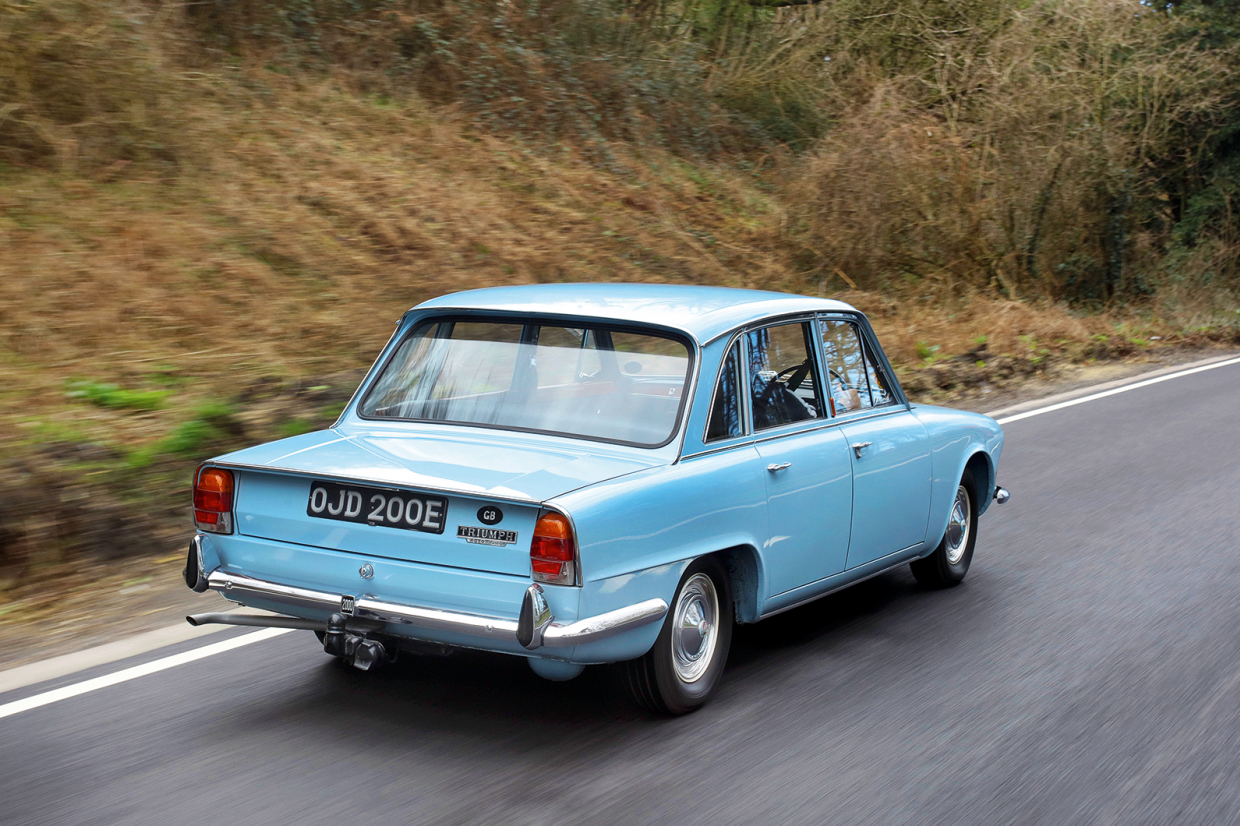 Stylish and highly practical, the ‘big saloon’ 2000 range was ahead of its time in many ways and still has a lot to offer for a very reasonable outlay, especially if you don’t have your heart set on the Holy Grail Mk1 2.5 PI.

If you prefer automatics then the Borg-Warner 35 is a good one, while the manual with overdrive cruises with modern traffic.

Just don’t buy a rusty one, because it’ll cost more to restore than it will be worth unless you do it all yourself.

All Classic & Sports Car ‘How to…’ guides 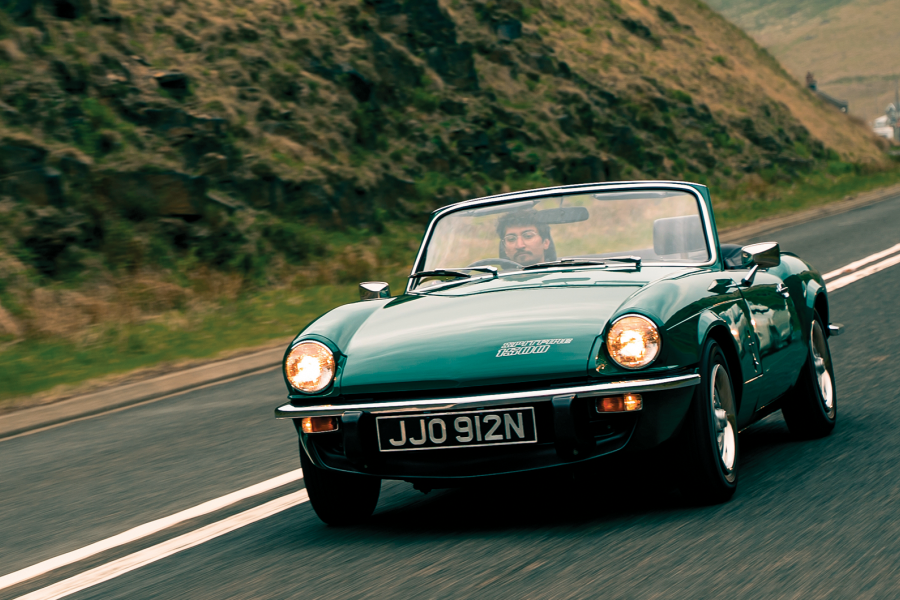 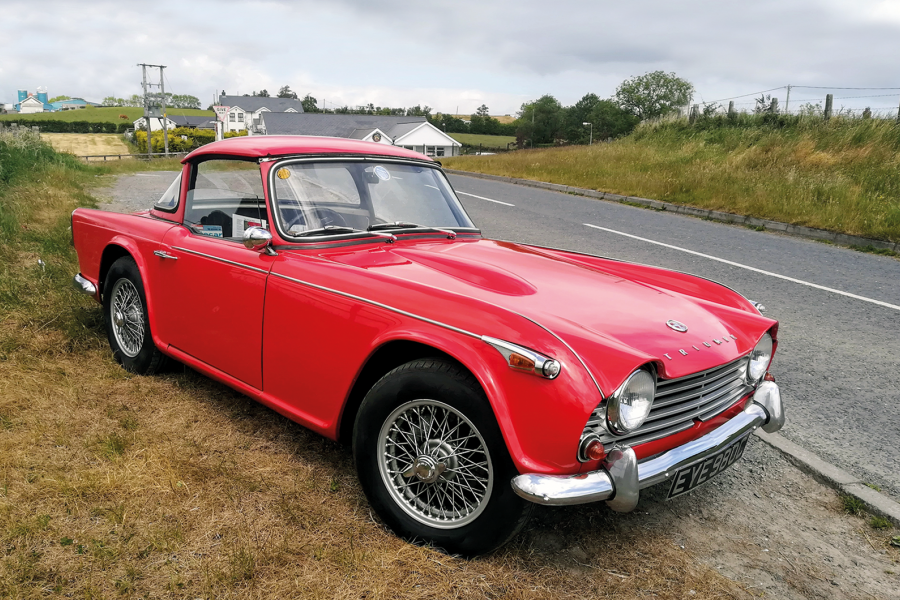 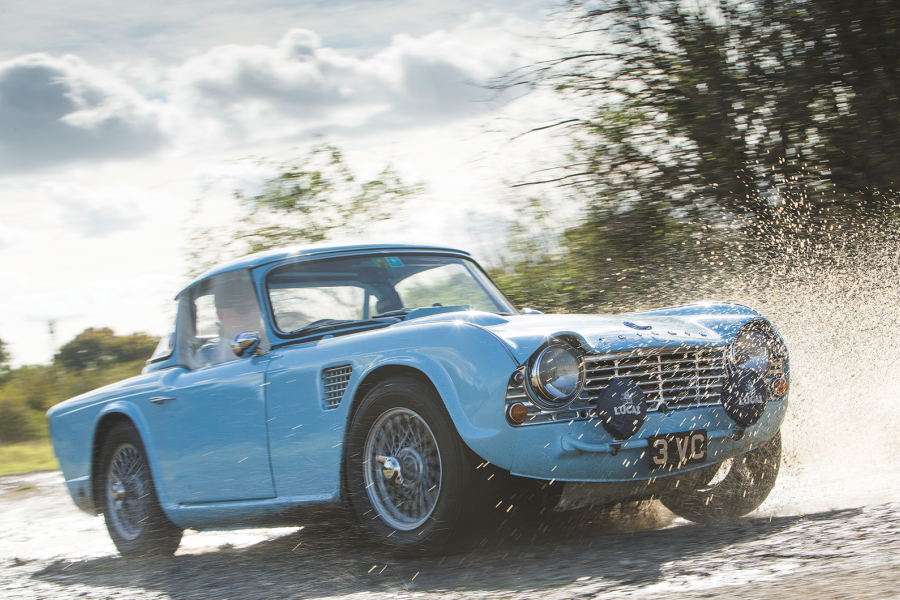 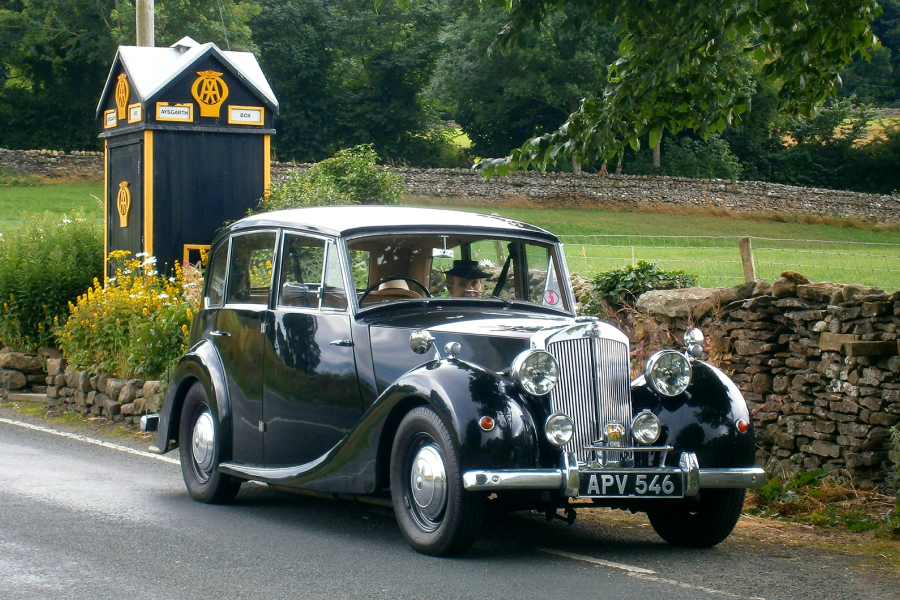 The fastest Lotus Carlton ever? Meet this wild racer