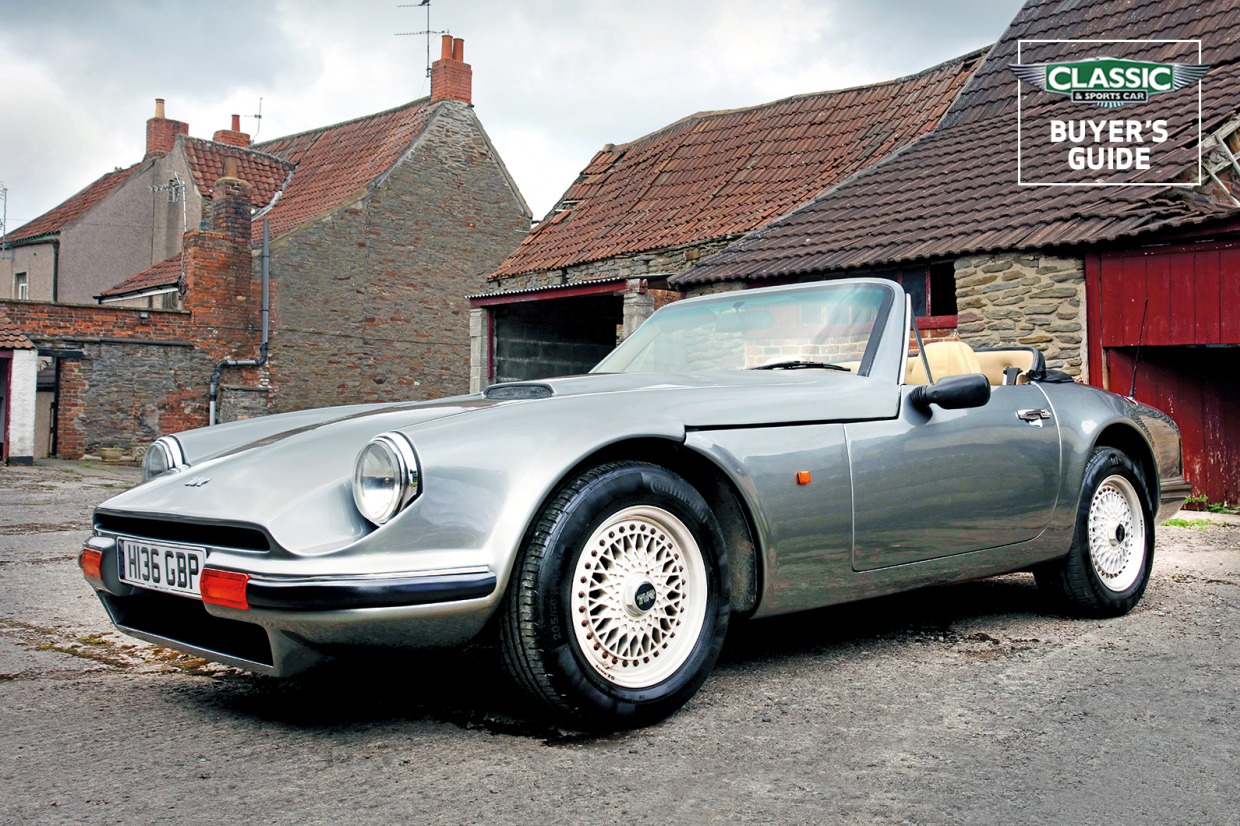 Why you’d want a TVR S-Series

TVR boss Peter Wheeler realised that the wedge shape of the ’80s was dating fast, and wanted to revert to the Blackpool marque’s traditional curves.

The S harked back to the 3000S of the 1970s, but shared nothing more than its doorhandles and general style – it was both longer and wider, with an all-new body and backbone chassis.

Simplified panel arrangements reduced construction costs and with other savings where possible, such as replacing the wood dash with padded vinyl, the S was launched at a very competitive price: 150 deposits were taken at the 1986 NEC Motor Show, before production moulds had even been made.

By 1988, the S represented 75% of TVR production, with 515 cars built, and it would become the firm’s most successful model to date.

It was progressively improved, from mechanical injection to electronic and then with the option of the Griffith V8 drivetrain, with the wooden dash returning along with numerous other updates.

The V8S outsold everything else before Griffith production came on stream; its big bonnet bulge was only needed for the few 1998cc supercharged V8 cars developed for the Italian market, but was fitted to all V8s.

Though only the 3.9-litre engine was officially available, the factory built at least two 275bhp 4.3-litre V8Ss and many have been upgraded since.

With none of the engine fragility of the later TVR-engined cars, the appeal of these relatively bombproof classic sports cars is growing: they can be a lot of fun with relatively little trouble.

A well-preserved or properly repaired chassis is the first consideration – the ideal low-pain purchase is likely to be a car with a full, caring history, at least in recent years, and one that is not left sitting idle for too long. The later the car, the higher the spec and also the value, with V8S models significantly higher than V6s.

Chassis rot is definitely the biggest concern, because the original powder coating is prone to lifting and letting rampant rust set in.

The outriggers behind the front wheels are usually the first to go, but it can rot anywhere, and suspension and seatbelt attachment points can disintegrate.

Beware the bodgers who tack new outriggers on only at the bottom, or even glassfibre over the whole sorry mess – a really thorough inspection on a ramp is vital, no matter how shiny and tidy the paint and trim may be.

TVR S-Series: what to look for 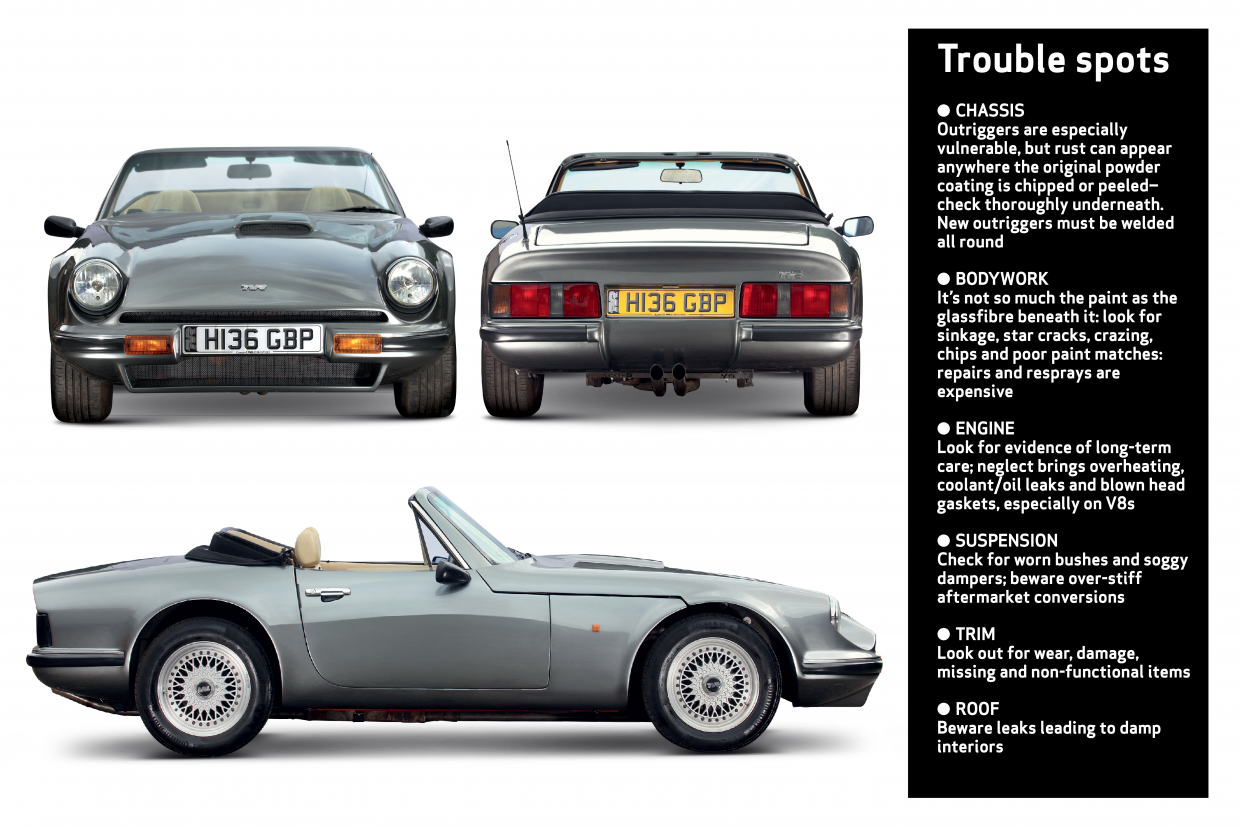 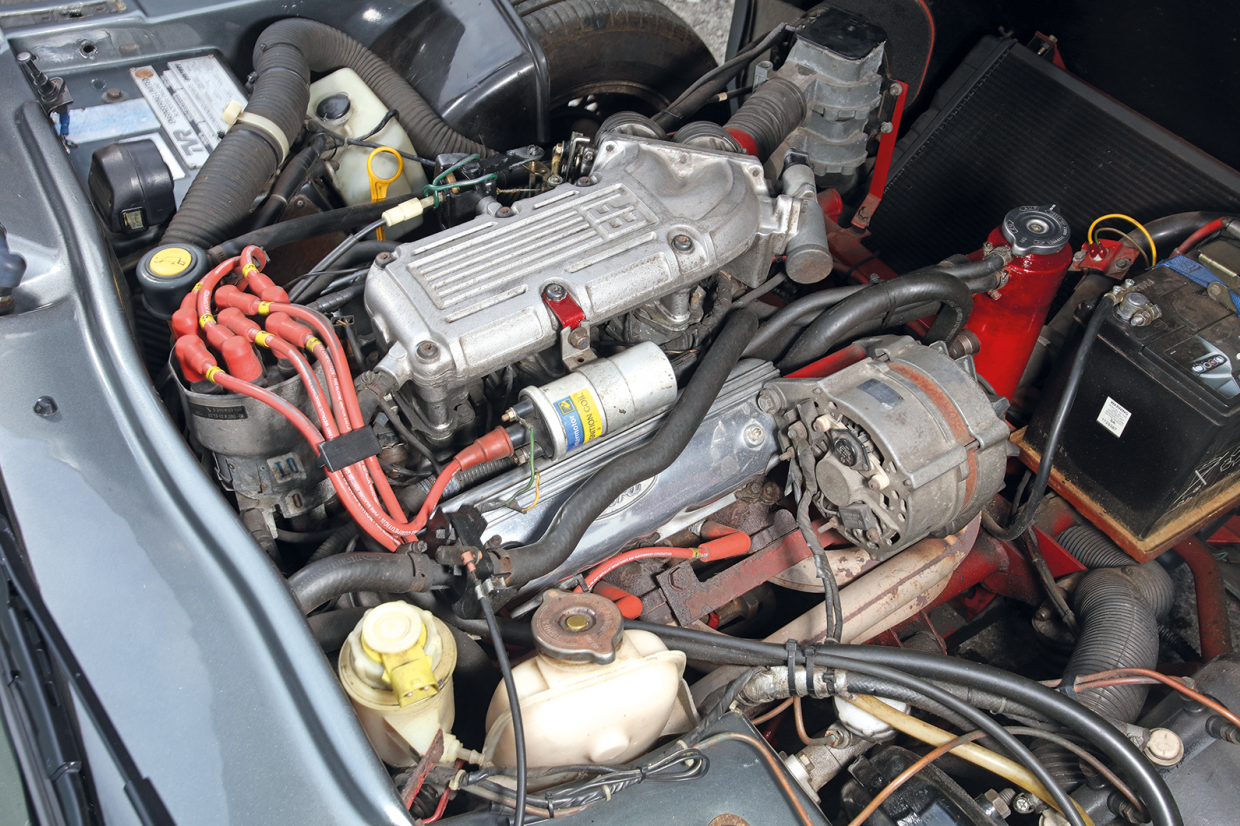 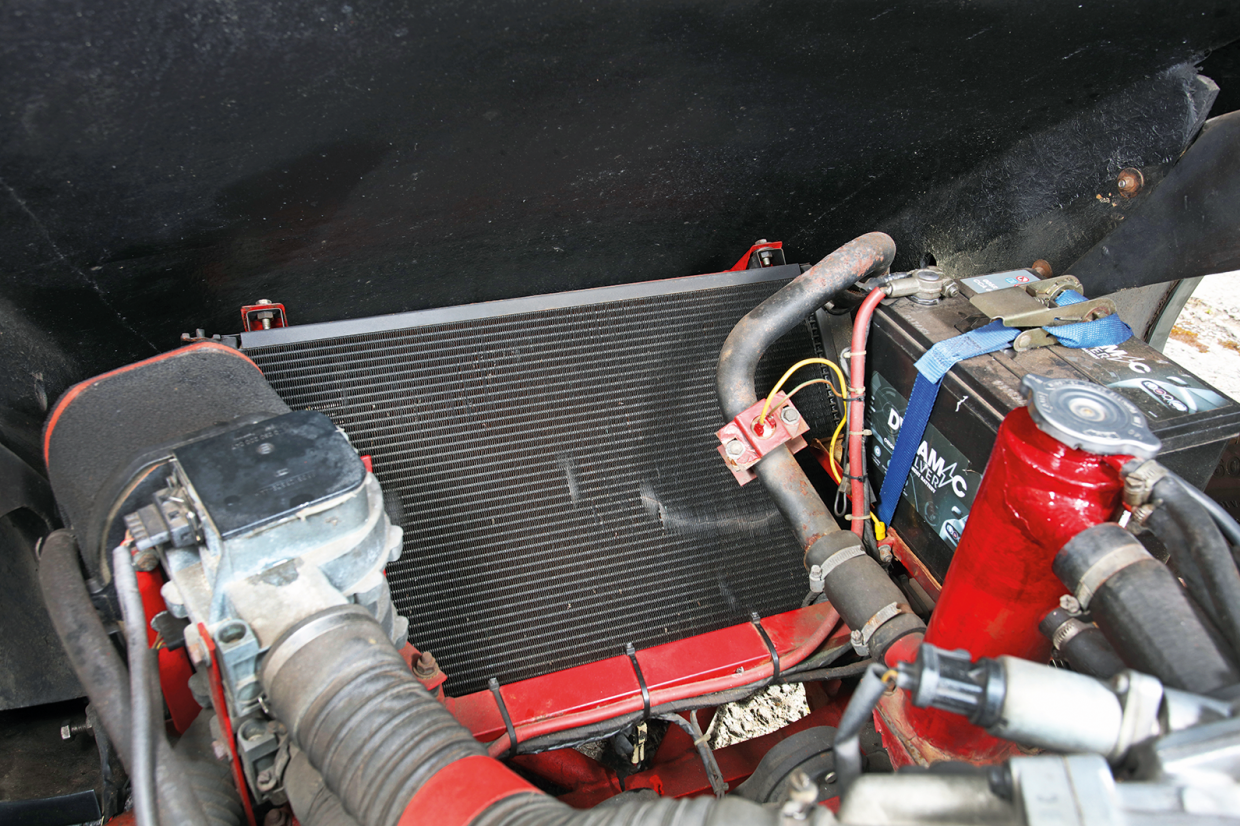 As with all older Ford products, some parts are hard to find for the V6 engine but it’s extremely robust if well looked after, and few have done a high enough mileage to wear them out.

In addition, overheating from a blocked radiator will kill both V6s and V8s, so check its history and look for signs of any leaks or emulsion in the oil and coolant. 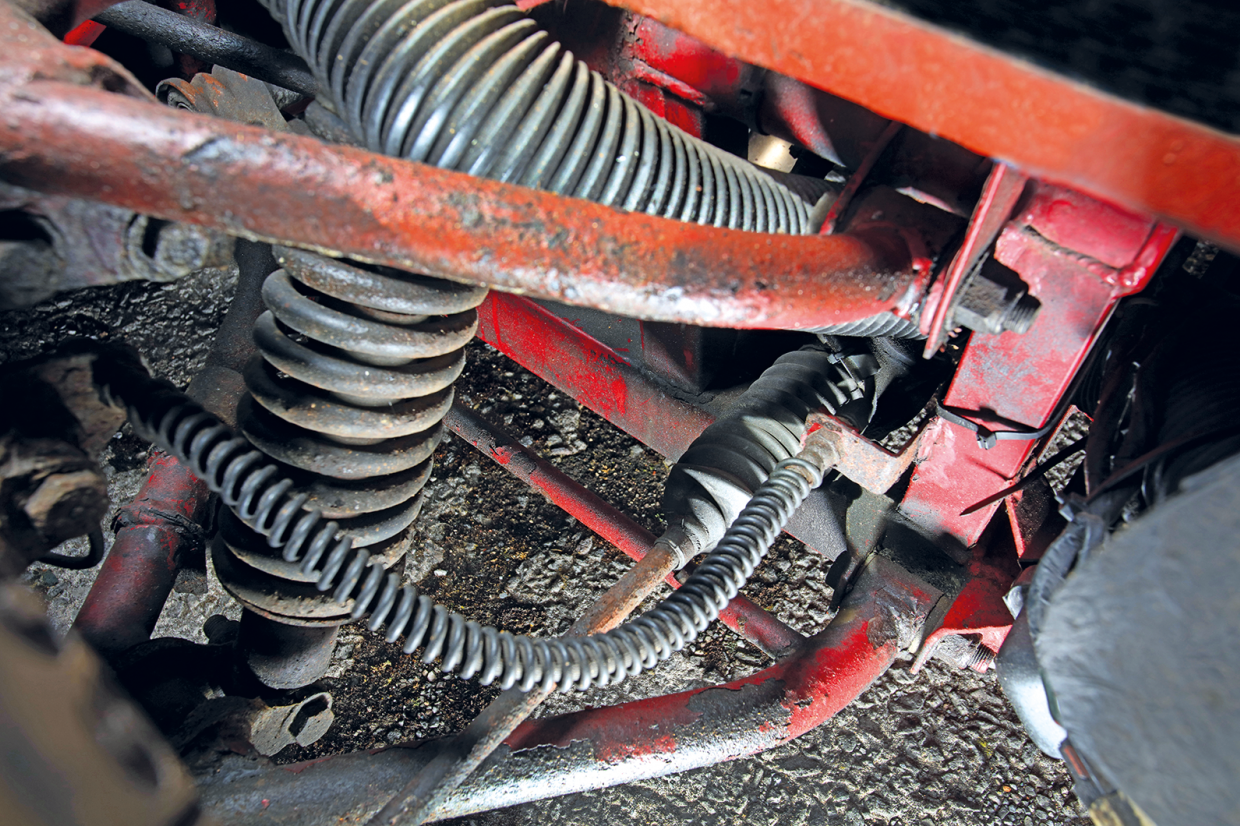 Check the steering rack and column, dampers and all suspension bushes for wear.

All suffer and this will result in vague handling and a wallowy ride. 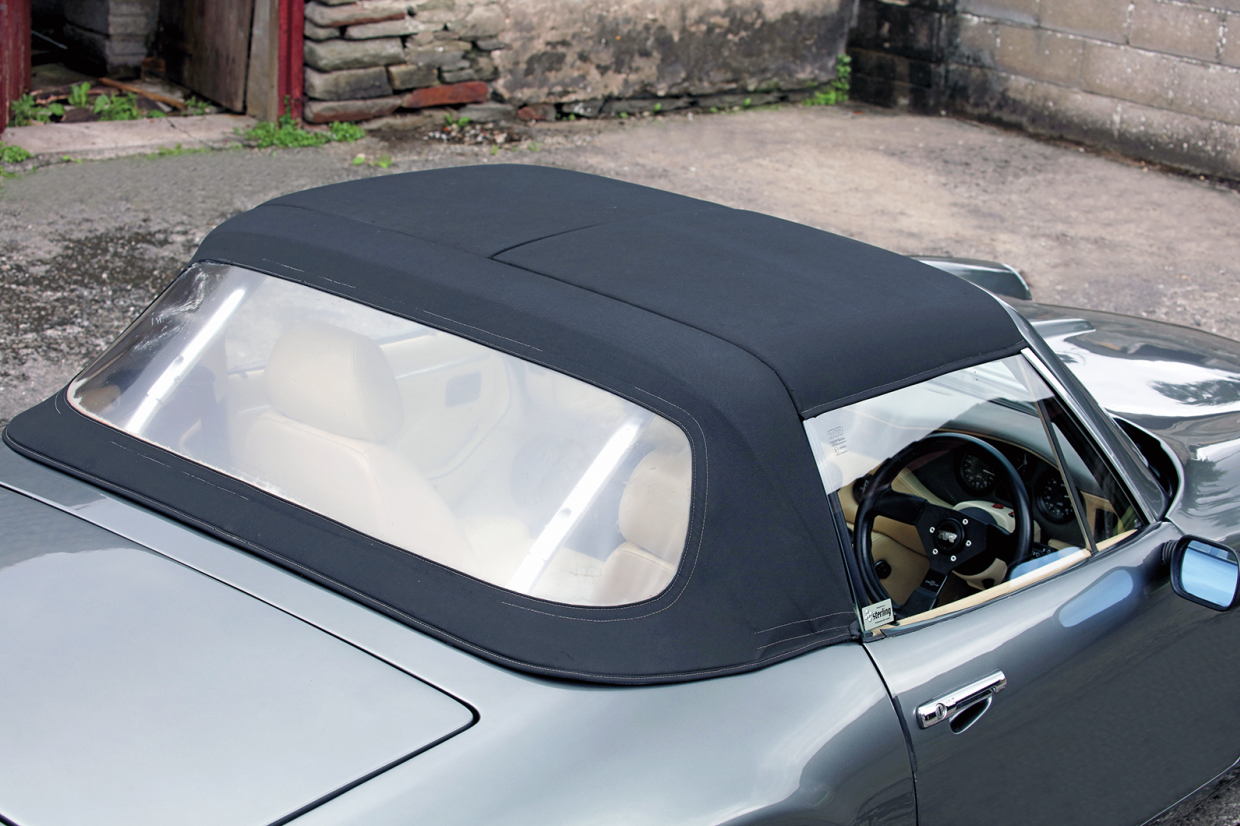 The roof, made up of two hard panels and a fold-down rear with roll-over protection, is neat and leak-proof if seals are maintained: check all fit well. 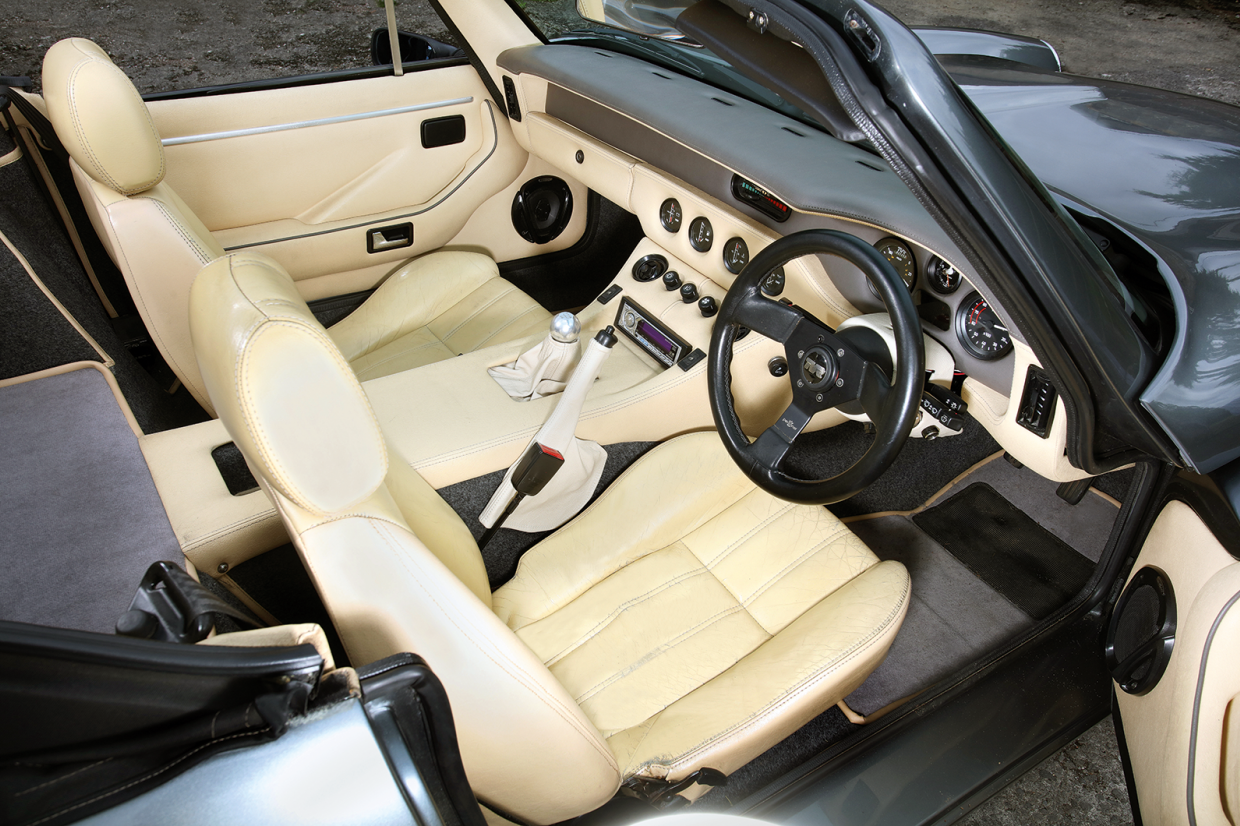 Check the trim for wear and damage, and make sure that all switchgear works: some is scarce. Specification changes were frequent during production.

TVR S-Series: before you buy 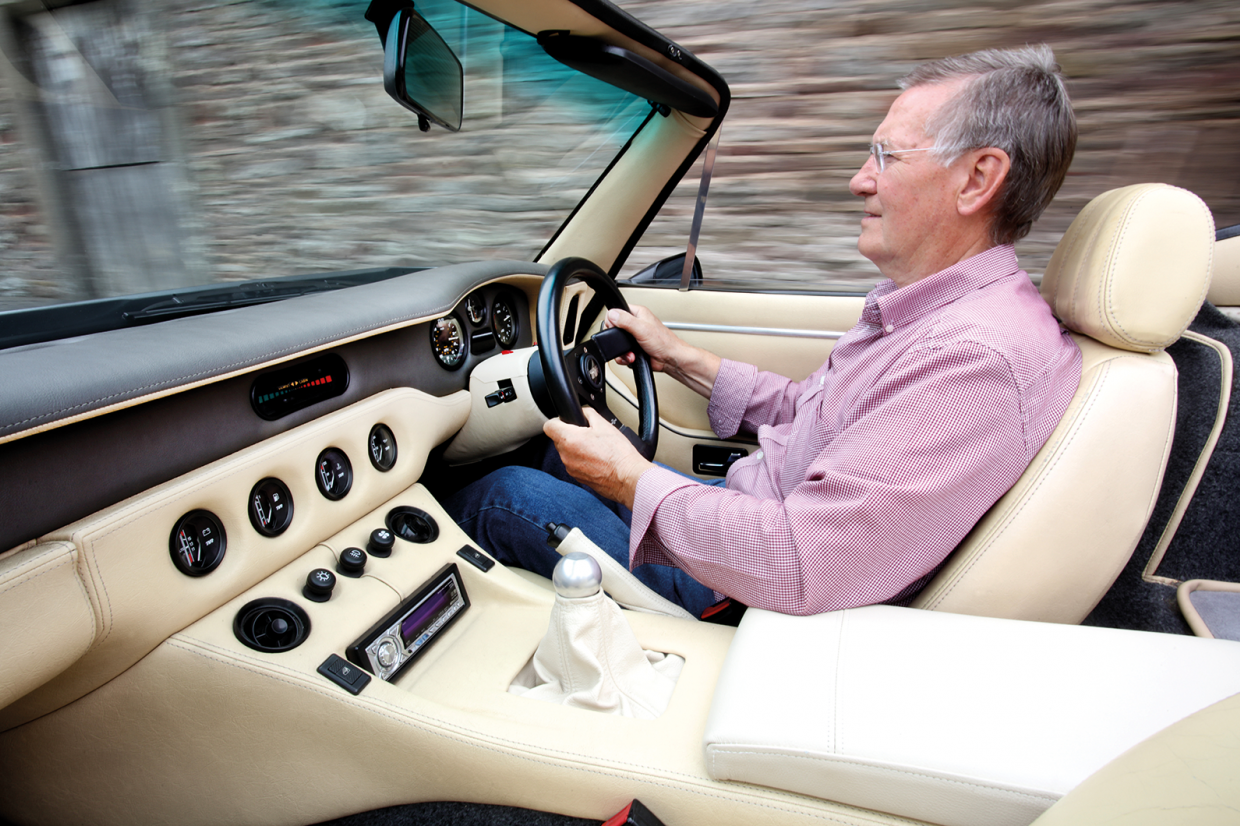 Take the test drive with the roof on so you can hear any unwanted noises better.

All engines should feel torquey and flexible, the V8 boasting huge grunt throughout the rev range whereas the V6 likes to rev, with noticeably more power available higher up.

The 2.8 had its camshaft gear-driven with a fibre-toothed mid gear for quietness, which can fail; replacements are aluminium and not as quiet.

The 2.9’s camshaft is chain-driven, as is the V8’s. Cars that have not been serviced as often as they should may well display reduced performance due to cam wear.

V8s should have 15psi+ of oil pressure at tickover, 25+ at speed, V6s significantly more. The 2.8-litre’s cylinder heads were not designed for unleaded petrol, but will last a long time before hardened valve-seat inserts are needed: additives should delay that date indefinitely. Both engines can do 150-200,000 miles before a bottom-end rebuild is required.

Gearboxes are strong and rarely give trouble – check that all gears select smoothly and that the clutch is sound. Listen for layshaft wear by dipping the clutch in neutral.

Suspension wear is common and will affect your enjoyment of the car – budget for fresh dampers and full bush changes, and possibly a steering rack.

Brakes should be adequate on cars with rear drums, excellent on those with discs all round – slave cylinders and caliper pistons are often seized, especially on cars that spend a lot of their time sitting idle. 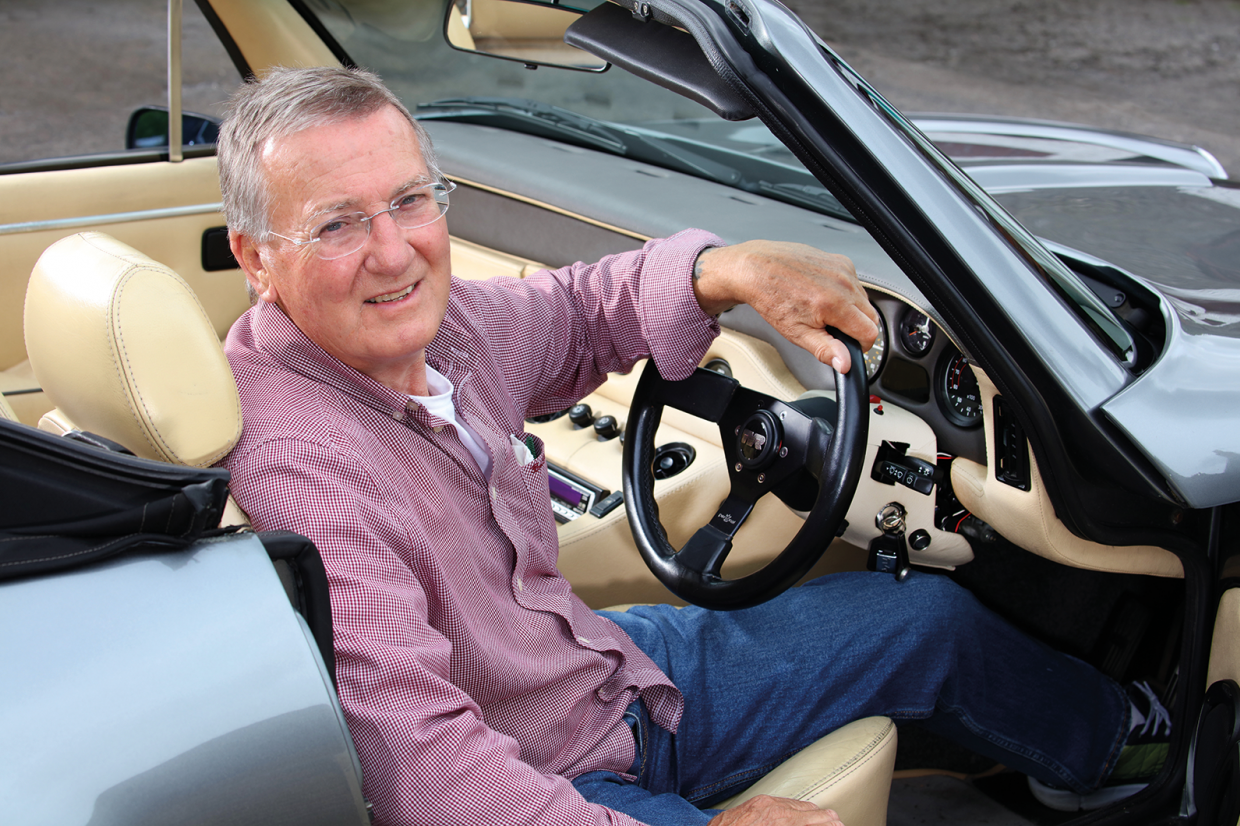 Mario Caltabiano caught the TVR bug from his son, Lee, who bought an S new and has had many TVRs since.

“He was selling this S3 because he’d found a V8S,” Mario explains. “I wanted something to tinker with, so I bought it – it’s good to keep these things in the family.

“It took Lee a long time to find this car. Colin Apps at TVRSSW replaced the outriggers and it was repainted at Central TVR.

“My background is in upholstery and trim, so I repaired the seat and made new carpets. I also retrimmed the gearlever and handbrake gaiters and the steering-wheel cowl with leather and made a bespoke armrest.

“I love the fact that it’s handmade, and it goes like a rocket. It drives well, corners well, has great acceleration and with no power steering you feel the road more. I love it so much that I’ve just bought a Griffith!” 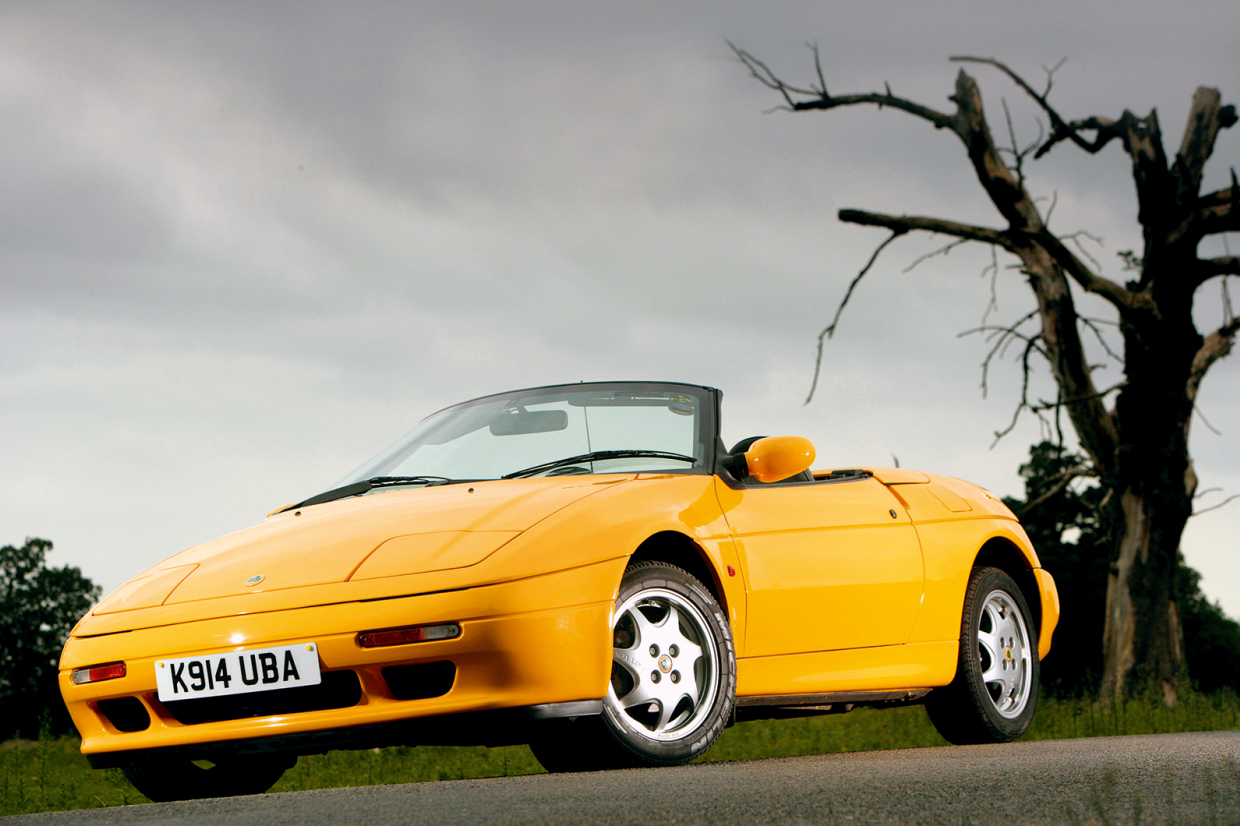 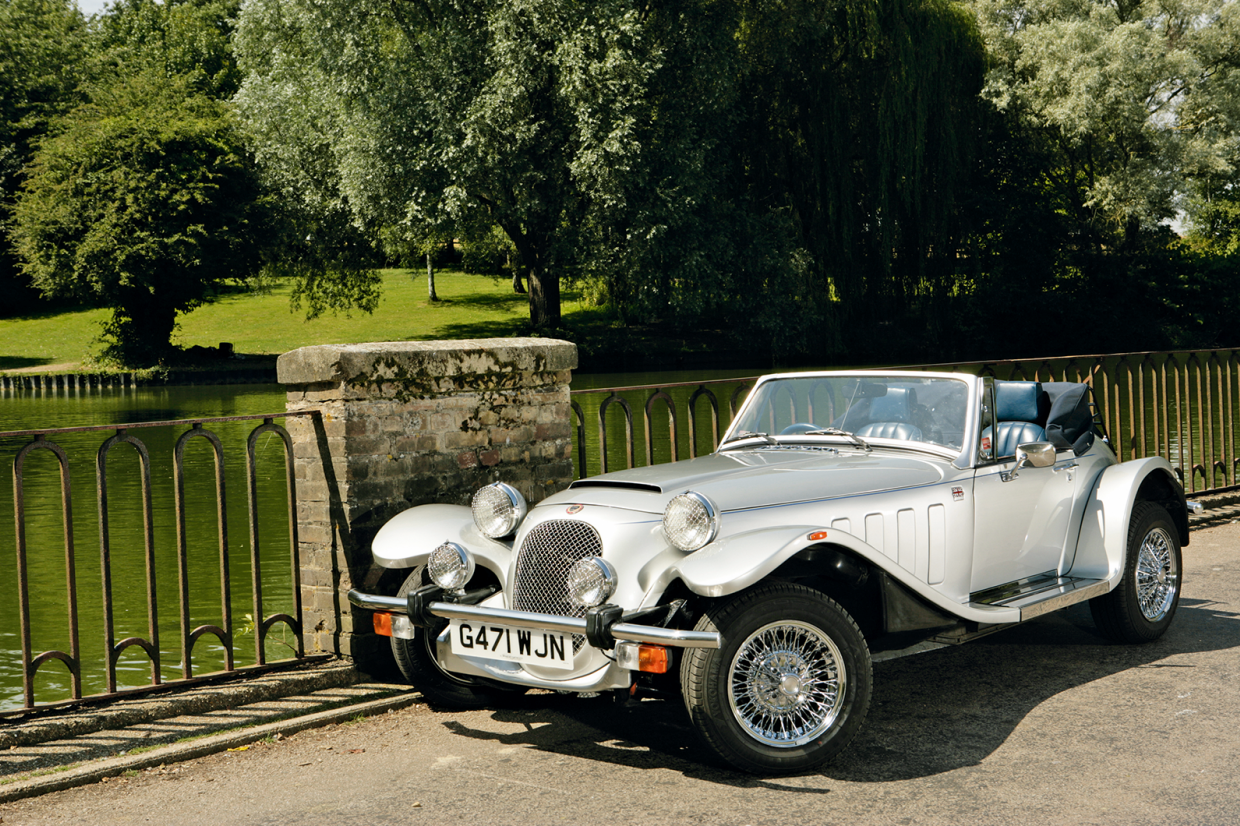 With steel chassis/floor and an aluminium body built in Korea, the 2.8i Kallista undercut the Capri whose engine it shared; 1.6, 2.0 and 2.9 versions were built, too. Watch for steel and alloy corrosion. 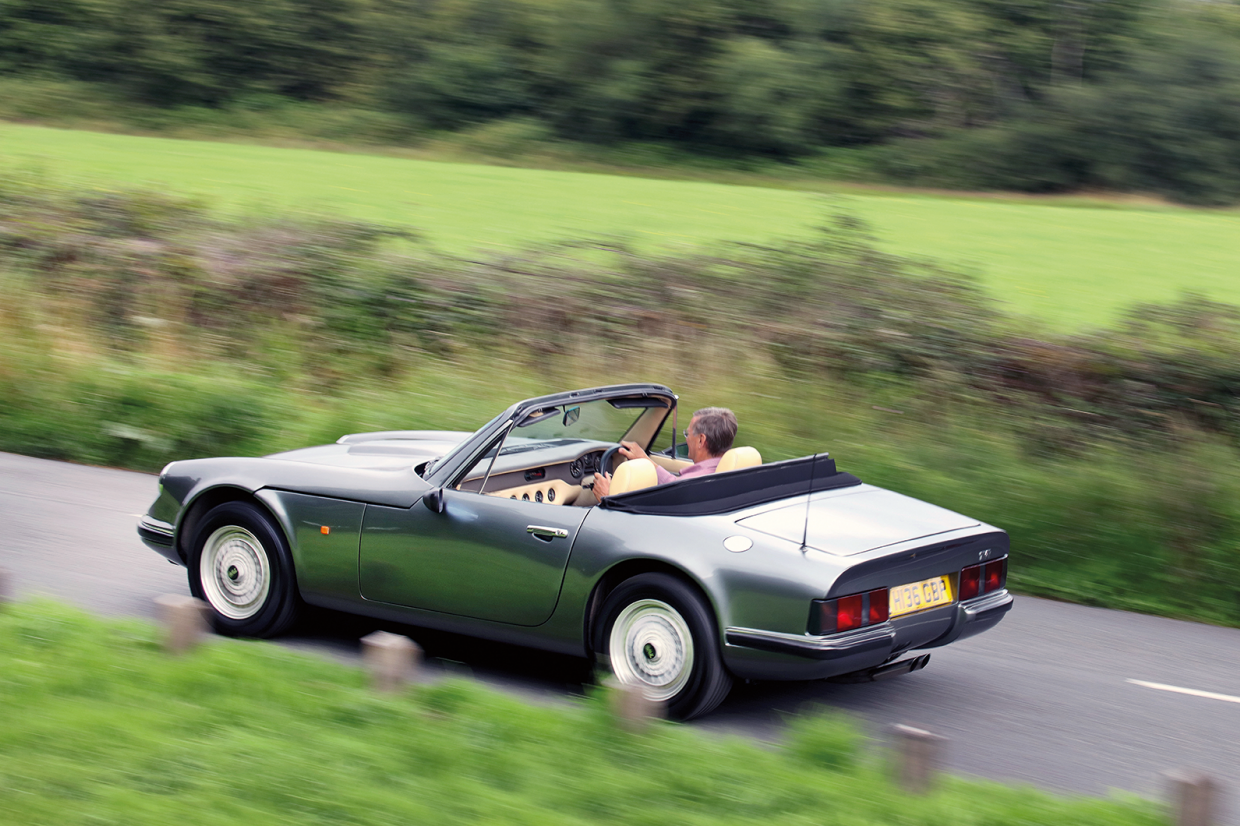 Distinctive to look at, well engineered and simple to work on, without the complex electronics that plague later TVR models, the S range is currently good value for the fun the cars offer.

But beware: values don’t match the cost of making a neglected car like new again, so buy the best you can find and budget to keep it that way.

The V8S is the ultimate, but V6s can give just as much fun. 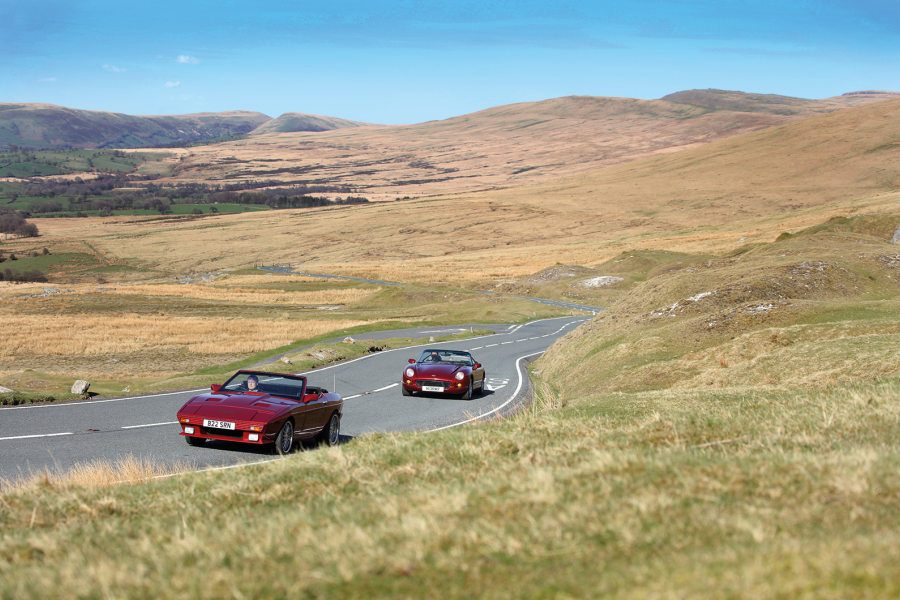 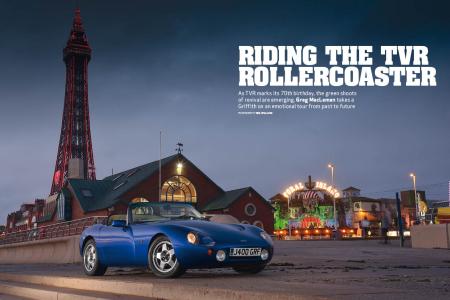