The C&SC guide to the Goodwood Revival 2019 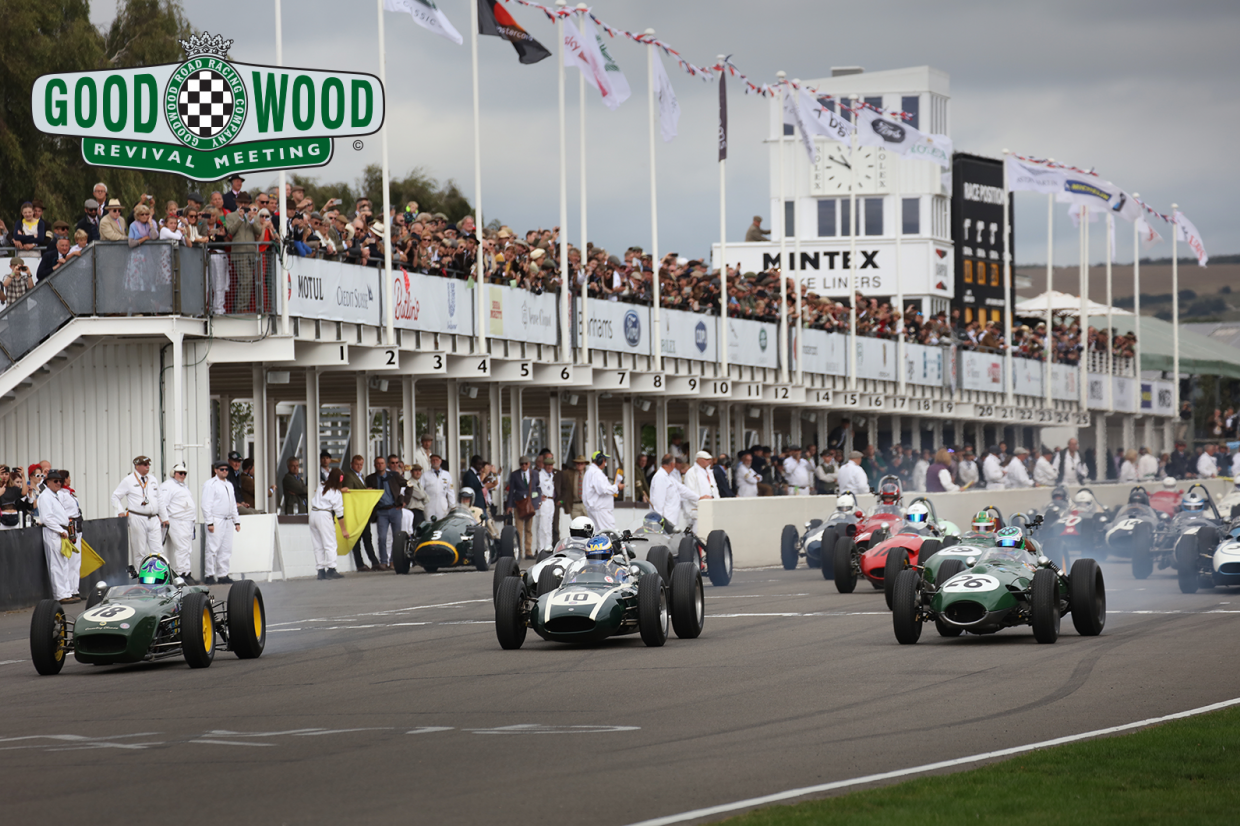 It’s Goodwood Revival time again! Between 13-15 September the Sussex circuit will once again stage the world’s largest dressing up game as the background to some spectacular historic motorsport, all washed down with stunning displays and live music.

It’s an undoubted highlight of the world’s classic car calendar – but with so much to see and do, it’d be easy to miss some of the action.

So, to make sure you get the best from the 22nd Revival, here’s our expert guide. 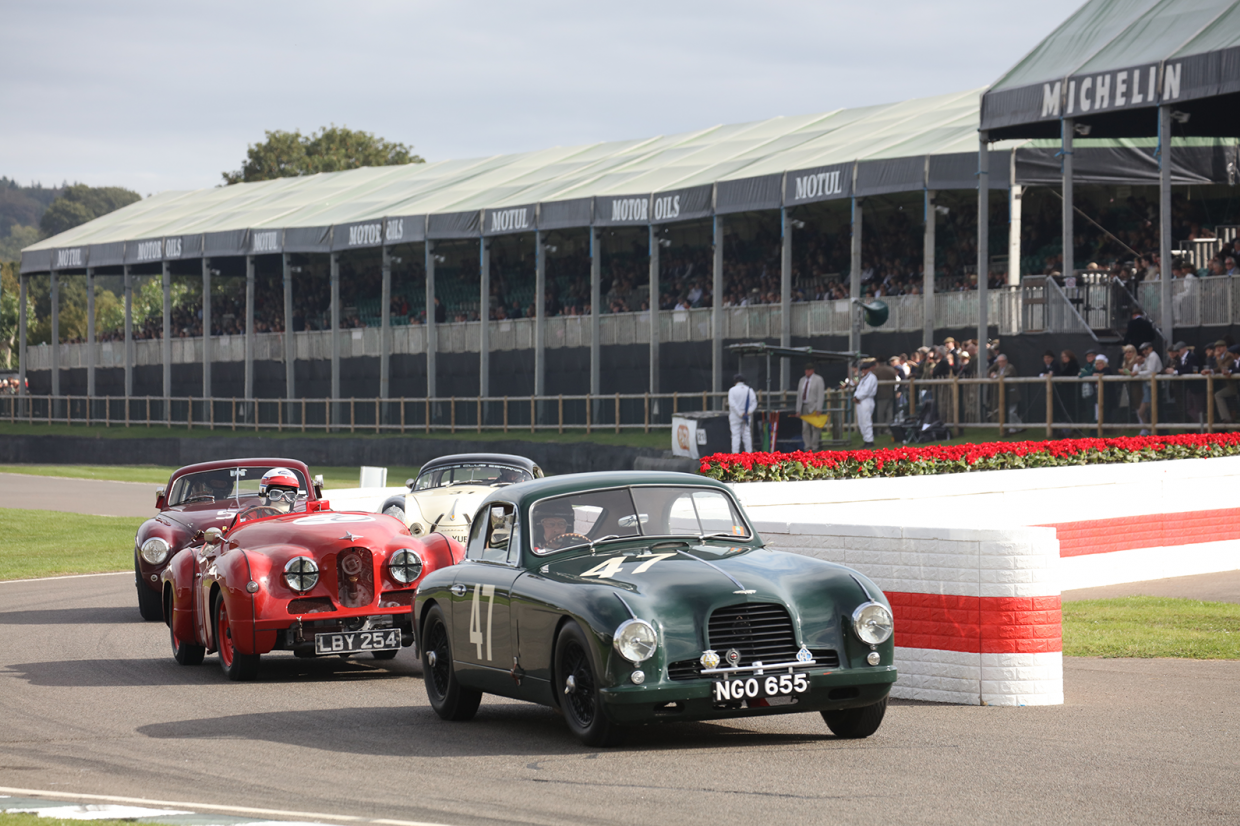 No matter what anyone says, the off-track attractions are mere sideshows to the races – and what races they promise to be!

Friday is mainly given over to practice sessions, but it ends with the first race proper, in the form of the Kinrara Trophy. Billed last year as ‘The most expensive historic race ever’ it featured a Ferrari 250GTO, the famed Ferrari ‘Breadvan’ and countless other classics. Expect more of the same this year.

And if that’s all too much to remember, download Goodwood’s motorsport app on Apple or Android to keep track and receive notifications so you never miss a thing. 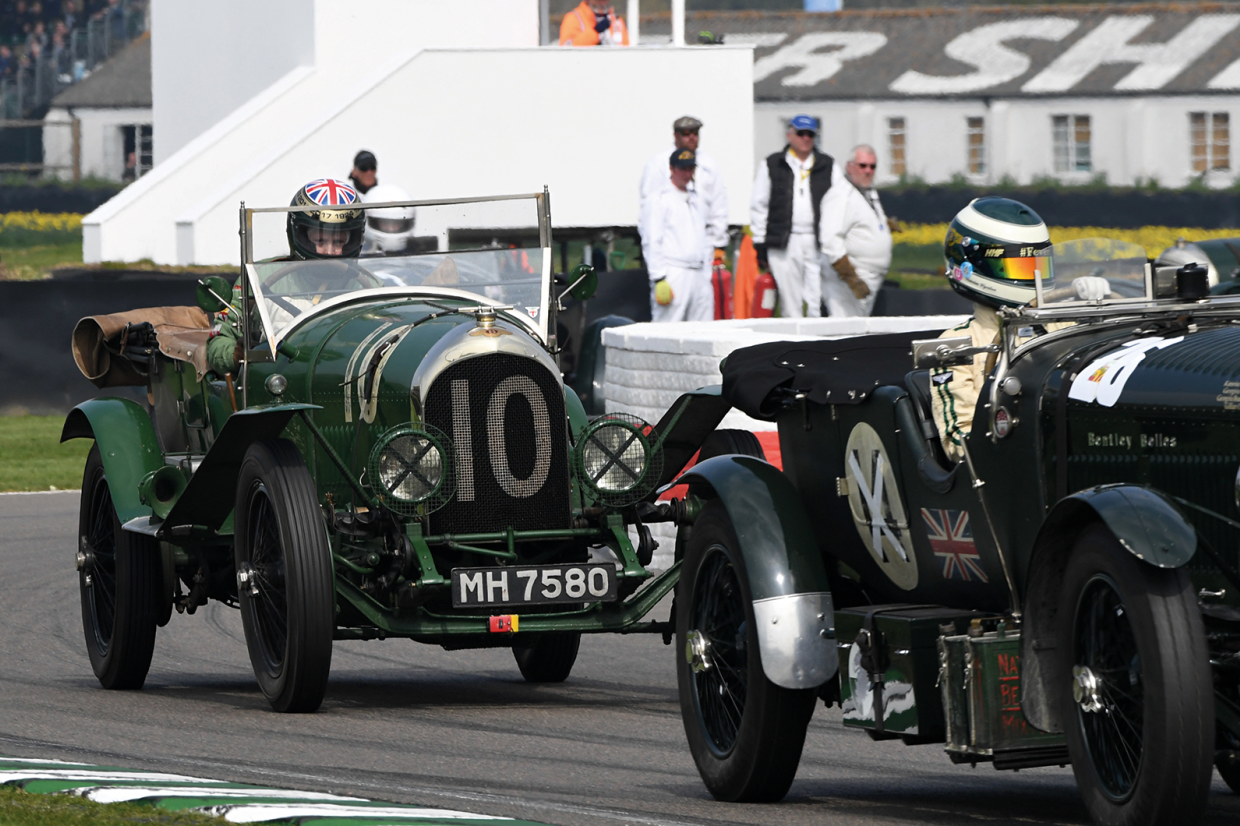 Don’t yawn and scroll past another mention of Bentley’s centenary, because Goodwood’s celebration at the Revival looks set to be pretty special, with the aforementioned Brooklands Trophy dedicated to the marque.

And, in a nod to a brief early tradition at Le Mans (that caught out Bentley in ’25), cars must run for the first two laps with their hoods up, before dropping them for the remainder.

And while we’re looking at the races in more detail, F3 500cc single-seaters make a return for the Earl of March Trophy, which runs in rotation with the Chichester Cup, while ’60s sports/GT cars will tussle for the Fordwater Trophy and the St Mary’s Trophy shuffles back a decade to feature 1950s saloons trading paint. 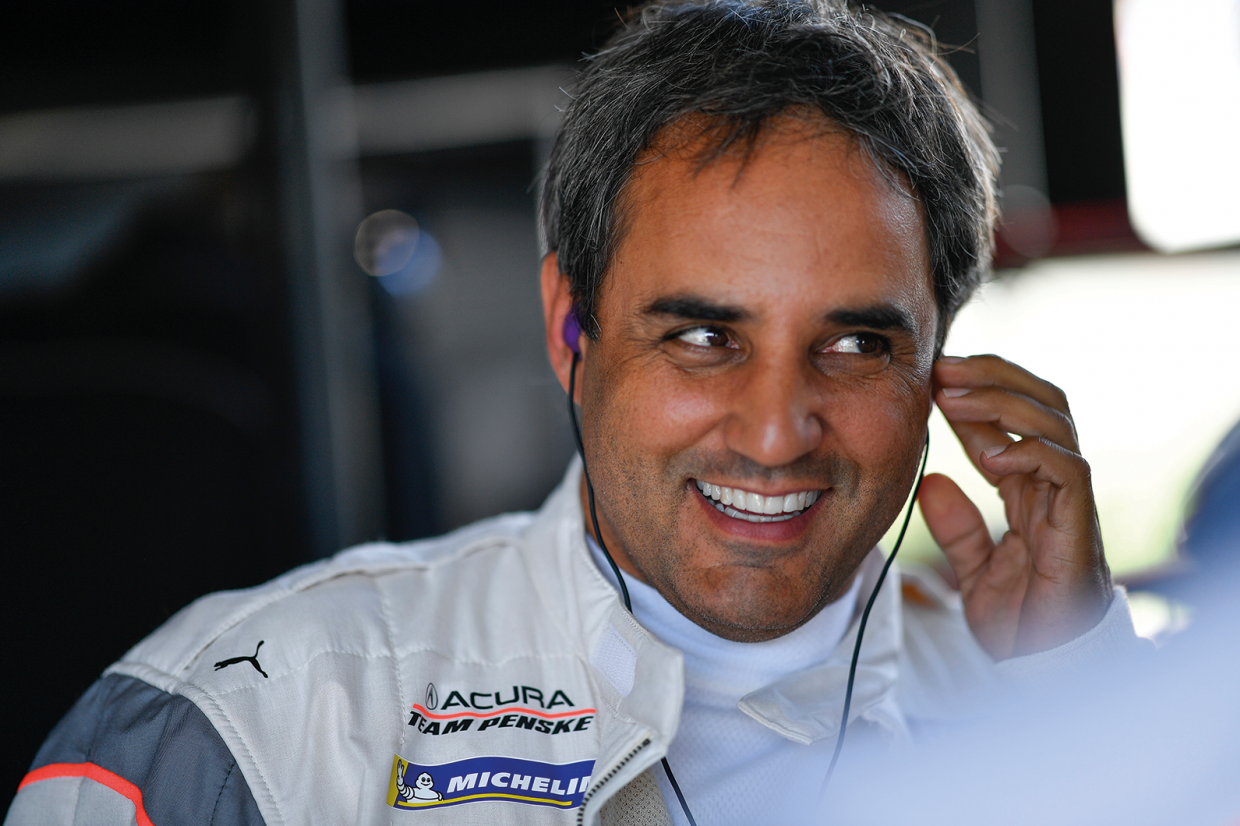 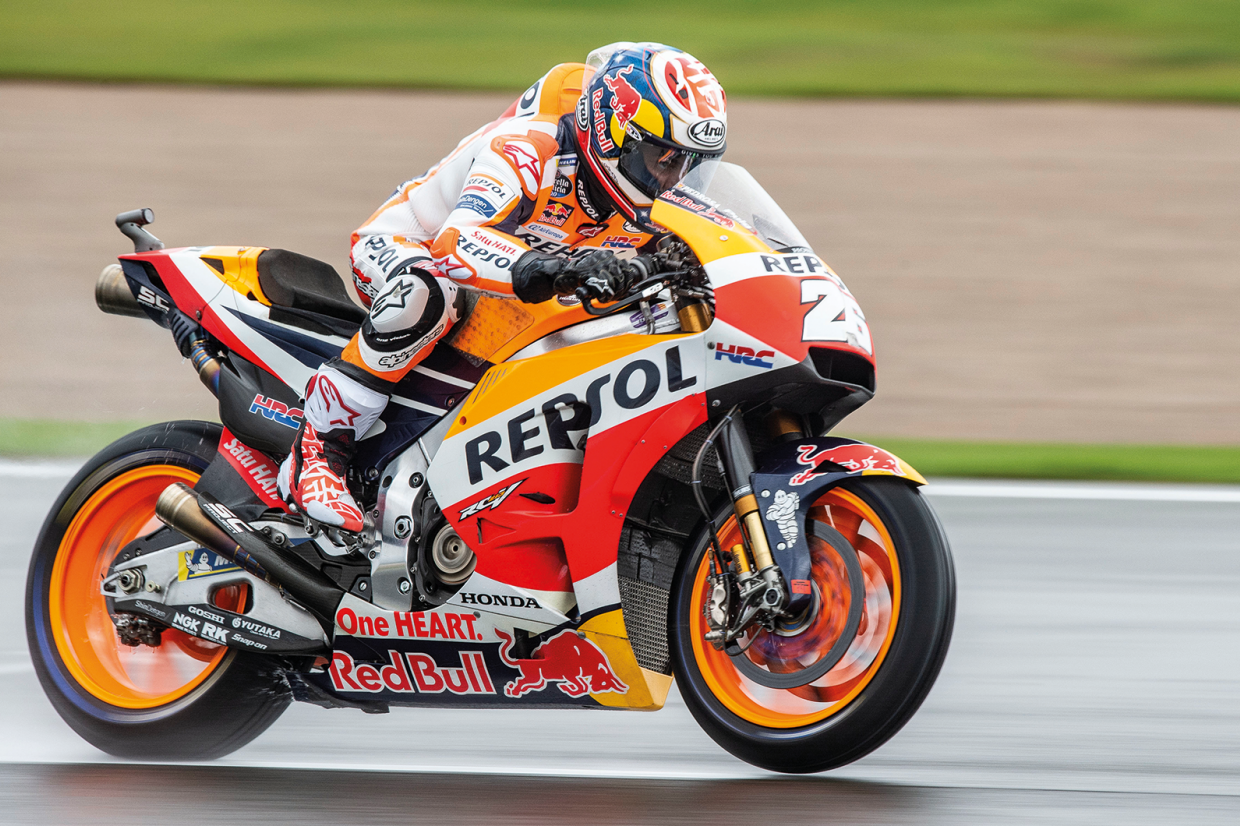 A trio of stars from two wheels and four will make their Revival debuts among the usual stellar names.

Popular Colombian Juan Pablo Montoya (above left) returns to Sussex for the first time since his 2003 appearance with Williams at the Festival of Speed, while Jeff Gordon and Dani Pedrosa (above right) will be taking their Goodwood bows.

Montoya is currently plying his trade in IMSA, having won seven Grands Prix in F1, two Indy 500s and the 1999 CART title. He even claimed two wins in NASCAR.

Gordon is one of the greatest NASCAR drivers in history, and the four-time champion follows the likes of Richard Petty to Sussex, albeit only for demonstration laps.

And it’s not just racing 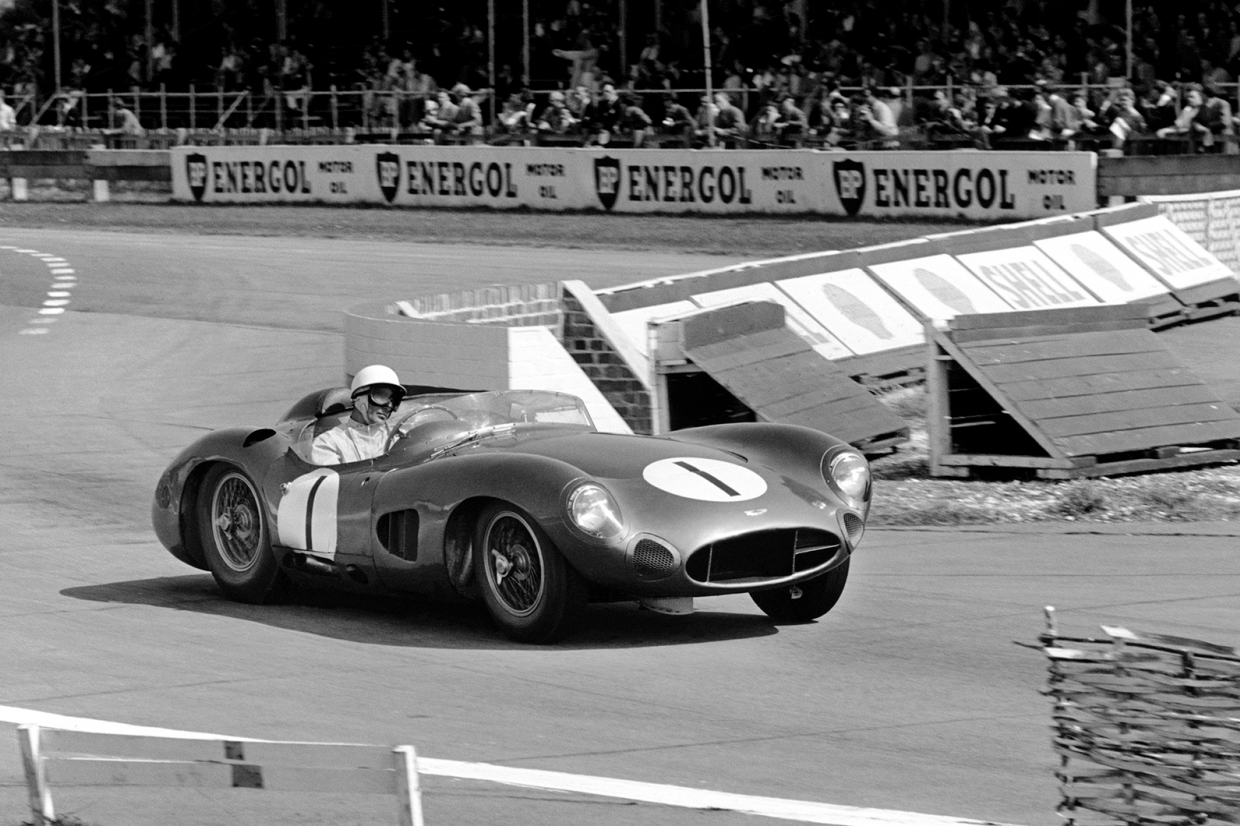 In addition to the racing, look out for track displays.

This year, expect a parade marking the 60th anniversary of the 1959 RAC Tourist Trophy (above), won by in spectacular and dramatic style by Stirling Moss for Aston Martin – and, of course, Moss’ 90th birthday, coming up on 17 September, will be marked.

Catch the 1959 TT demonstrations at 3:45pm on Friday, 11:30am on Saturday and 2pm on Sunday, and the Sir Stirling Moss Celebration track parade at 12:50pm on Saturday only.

And it seems 60th celebrations are in vogue this year, because 60 Years of the Mini will be marked with track parades at 9:15am on Friday, and 9am on Saturday and Sunday. In fact, Minis will be in abundance throughout, with the cars owned by Beatles Paul, George and Ringo among those heading to the festival.

It is also 60 years since Cooper won its first Formula One World Championship, so don’t miss the commemorative track parades at 1:05pm on Friday, 4:15pm on Saturday and 5:30pm on Sunday.

In addition, there will be poignant tributes to the heroes of D-Day, which took place 75 years ago, including a poppy drop from a Douglas C-47 and a parade of military vehicles and veterans, at 2:50pm on Saturday and 1:10pm on Sunday.

And read all about D-Day’s motor-racing heroes here.

A sky full of stars 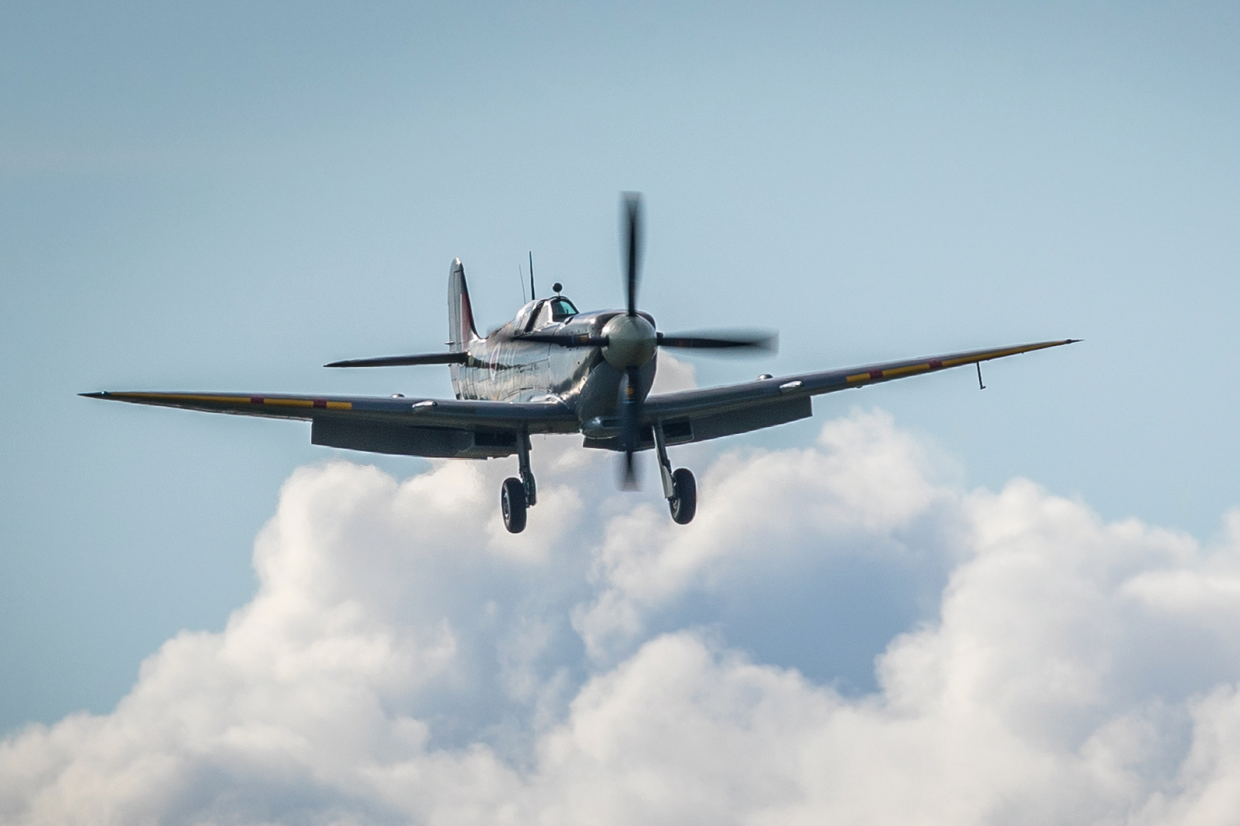 Speaking of planes, Goodwood’s aviation origins won’t be forgotten this weekend. In fact, the festival’s first action will be a 10-minute air display at 8am on Friday.

There will be another at 8:15am on Saturday, a Spitfire-Mustang Duo that evening at 7:05, and a final air display at 8:15am on Sunday.

In addition, there’s the Freddie March Spirit of Aviation concours d’elegance that brings together some of the rarest and most beautiful pre-1966 aircraft.

Among those already confirmed are a WW1 Airco DH9 bomber and Albatros DVa fighter, the latter powered by a Mercedes engine and flown by the likes of the famed ‘Red Baron’, Manfred von Richthofen.

WW2 craft will include a Supermarine Spitfire MkIX and a Fiesler Storch, while from the early postwar era there’s a Hawker Sea Fury, the fastest piston-engined fighter.

A unique and opulently trimmed Douglas C-41A will show a new take on the ‘Dakota’, and a Beechcraft D-17S Staggerwing is the 1930s equivalent of a private jet. 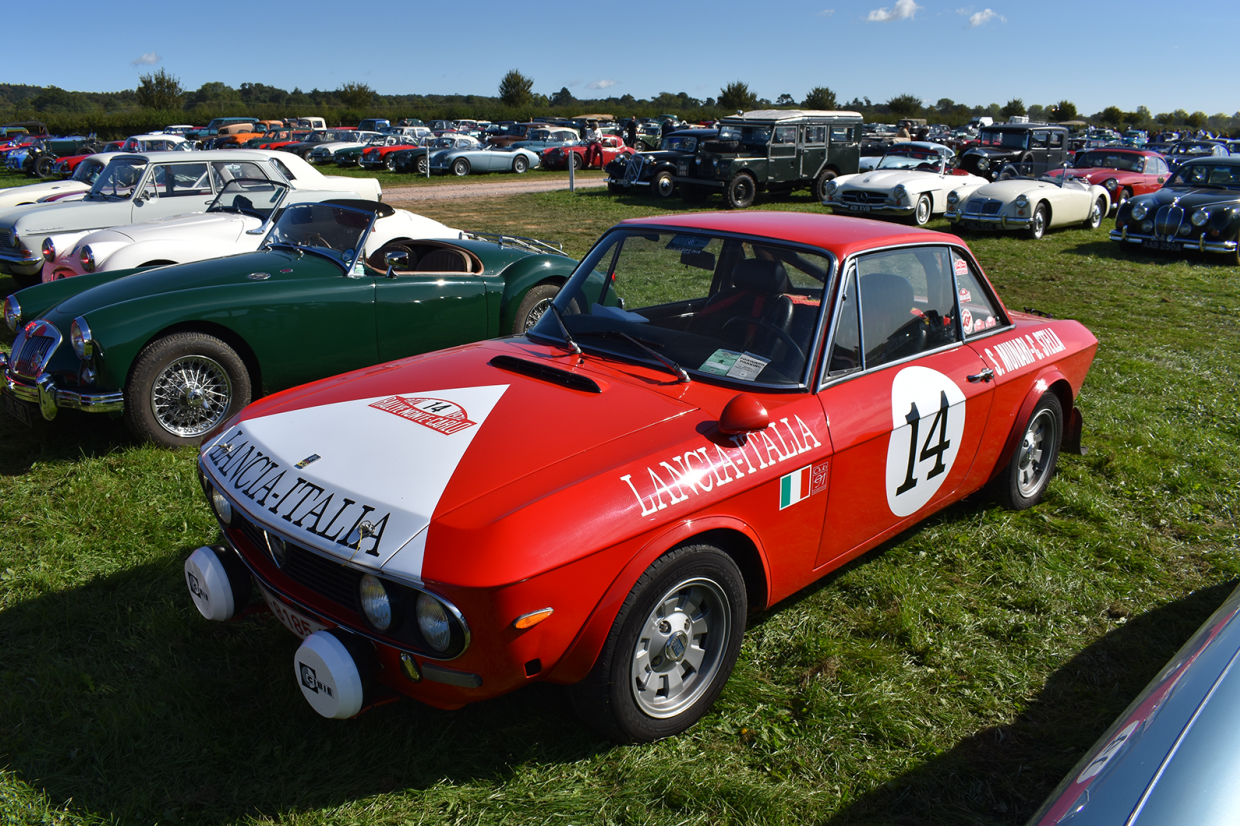 One of our favourite things about the Revival is the pre-’66 car park.

Punters never fail to amaze, bringing an astonishingly wide range of classic vehicles, many of a dazzlingly high quality.

In fact, we can quite easily lose hours in the car park before even reaching the Revival proper! To see what we mean, check out our gallery from last year… 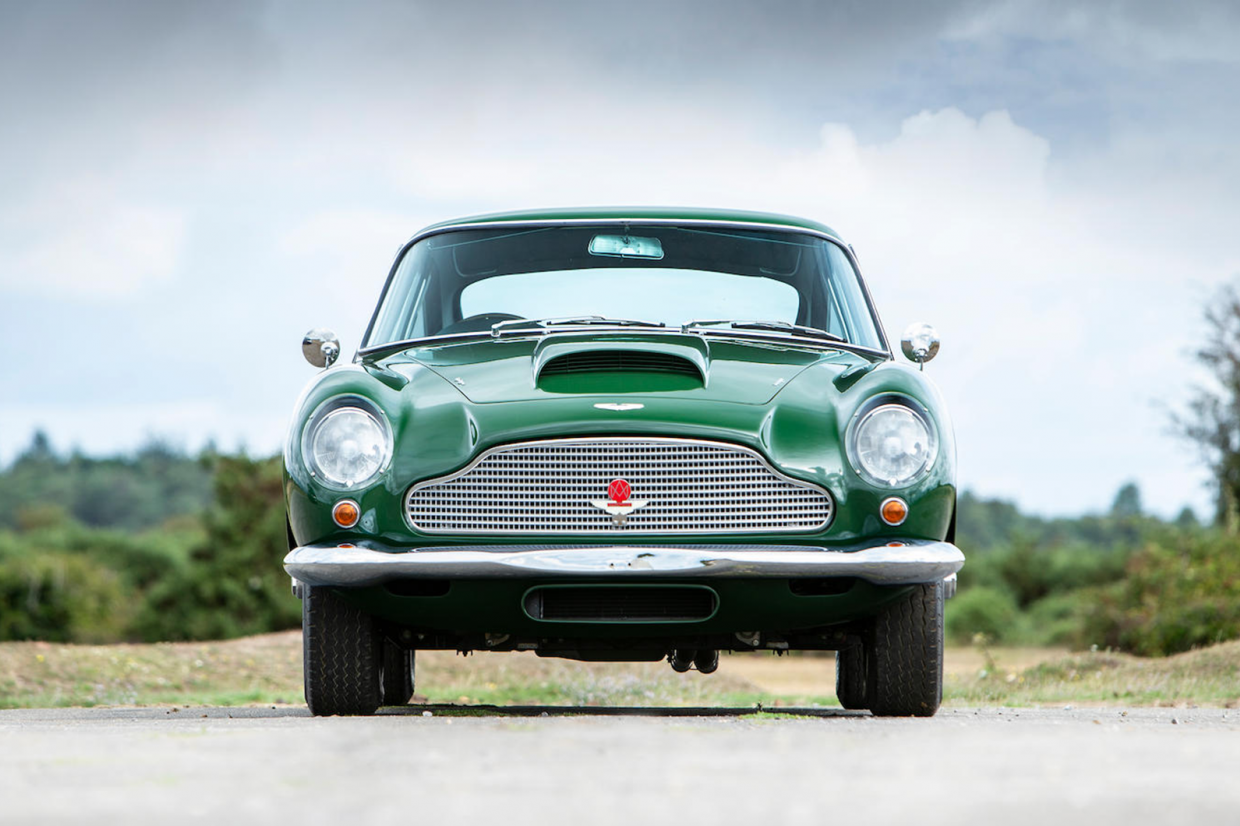 Feeling flush? Bonhams’ Revival sale is back and, as ever, there’s lot upon lot of gorgeousness to drool over and wish you could afford.

The lead lot is an ex-Donald Campbell 1961 Aston Martin DB4GT Sports Saloon (above) that has a £2.2-2.8m guide price. But for something rather different, how about a Banksy truck?

Get the party started early! 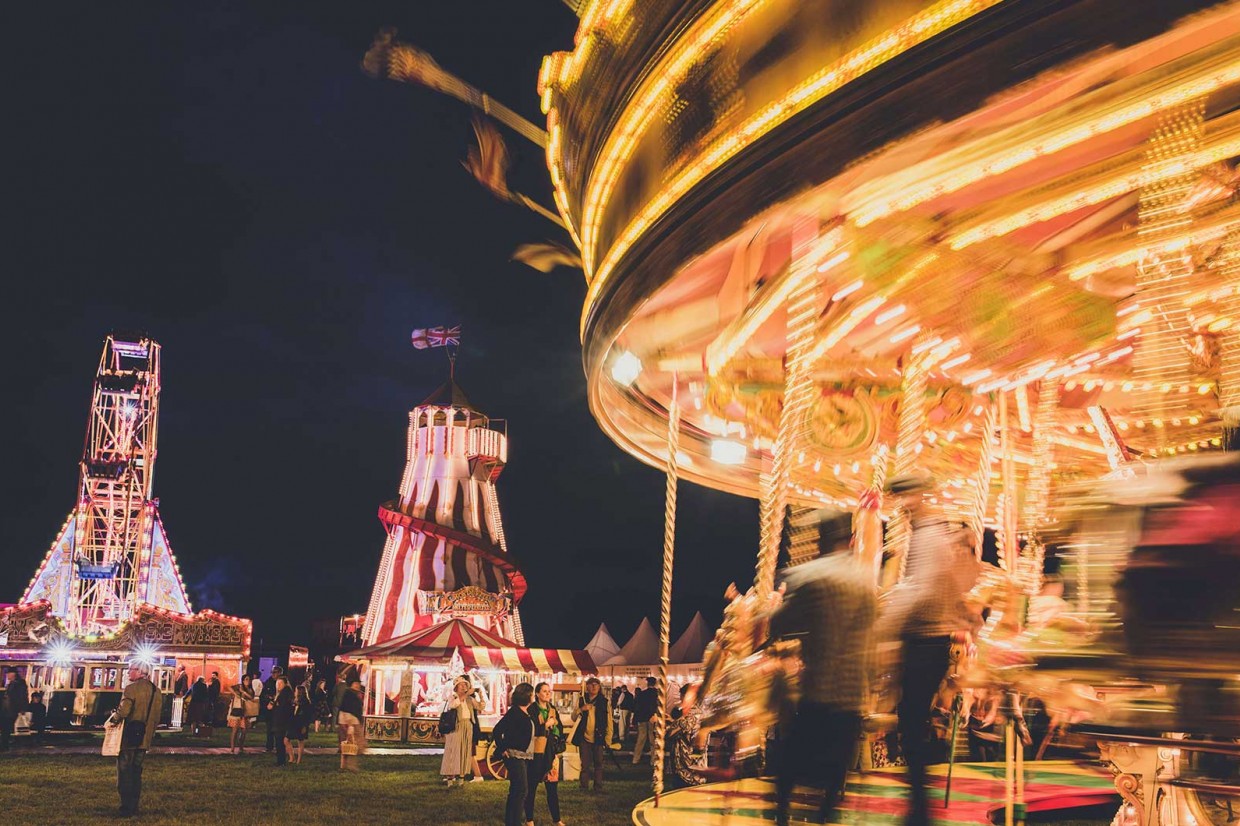 That’s right, this year, if you’ve got a general admission ticket for Friday, Saturday or Sunday of the Revival, you can get into the spirit from Thursday (12 September)!

The Over the Road entertainment will be open from 4pm until 10pm, with live music, dancing and more. 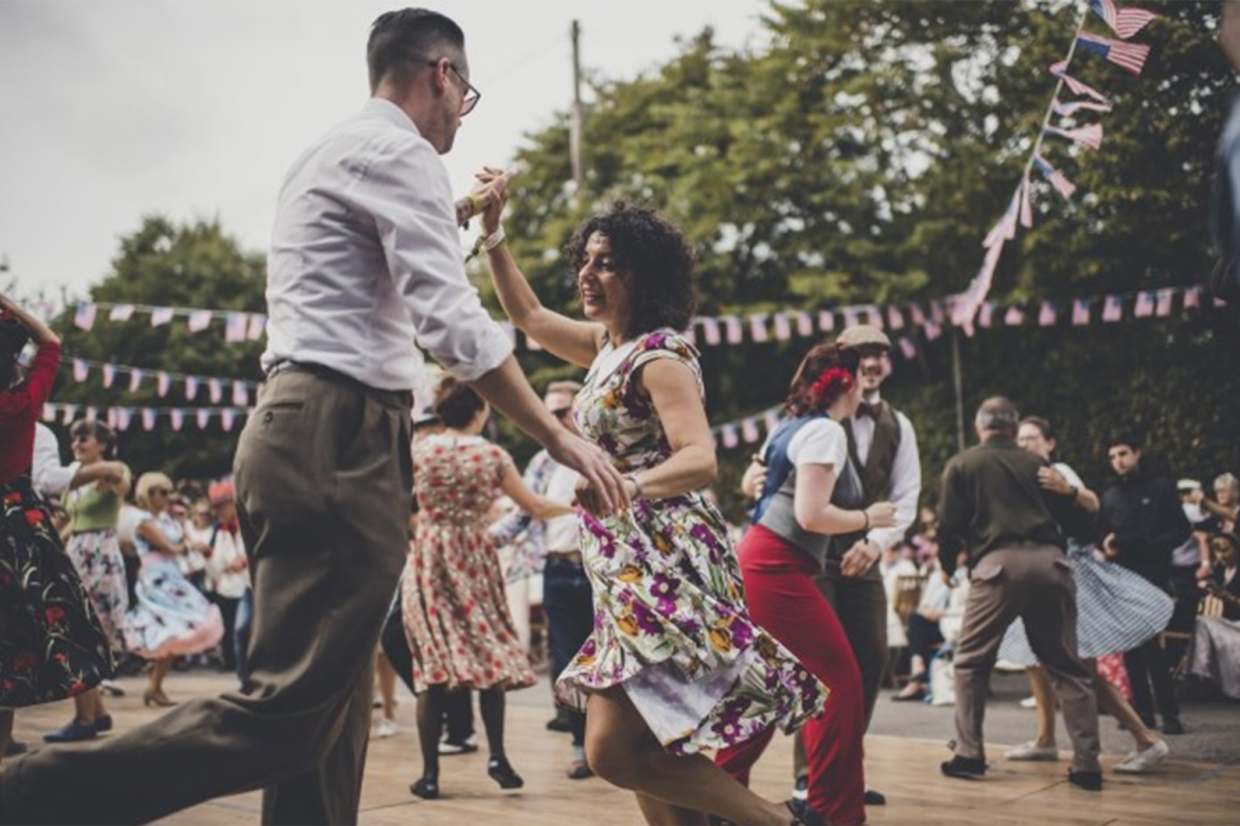 Here are the times you need to know before planning your day:

But what if you can’t be there?

Tickets are still available for Friday and Sunday – head to the Goodwood ticketing page for more info – but what if you can’t make it at all?

Plus, tune in to the live stream right here…

The story of a very special classic Mini