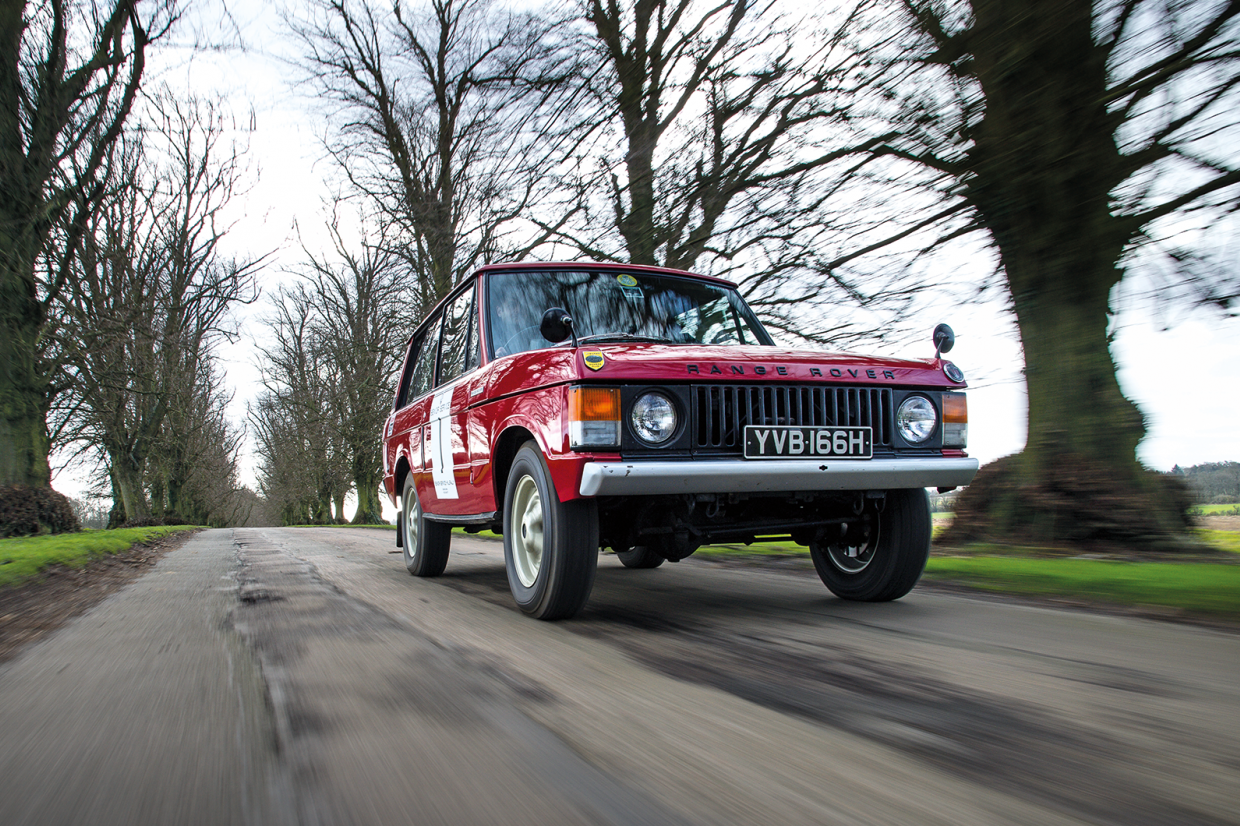 Back in 1966, however, it was just three men – called Spencer, Gordon and Geoff – who drew up the initial design of an all-new model for the Rover Company.

They weren’t even on the clock – which means they did it in their own time, not being paid. Then three engineers – Geof, Roger and Alan – took the vehicle to production-ready status in only two years. 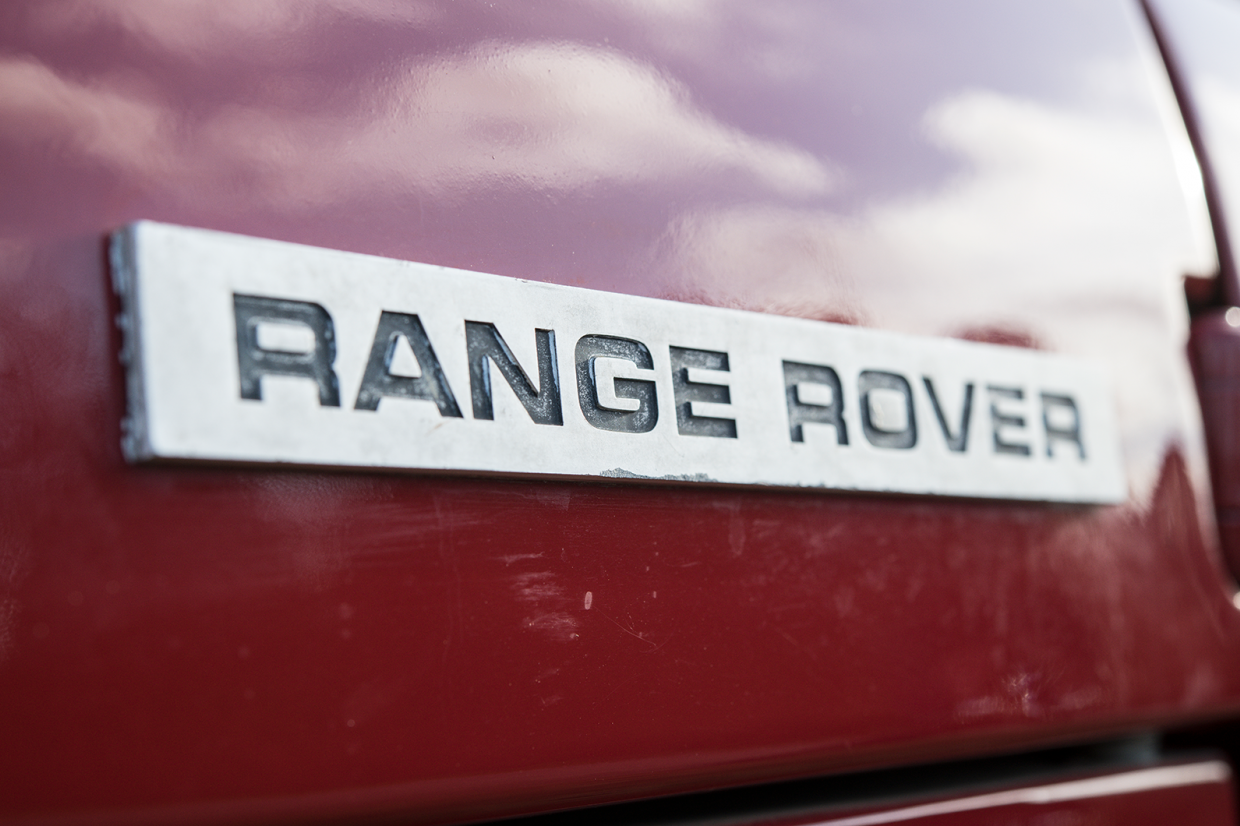 In turn, the project was variously known as the ‘Alternative Station Wagon’, the ‘100-inch Station Wagon’ (named for its wheelbase) and ‘Concept Oyster’, before being launched in 1970 wearing a more familiar name: Range Rover.

It was a car that would go on to define a new genre, culminating in today’s SUV obsession, and has remained in continuous production ever since. But first to join the dots between 1966 and 1970.

But it was a literal manifestation of his role that sparked the idea for the Range Rover when he took a Rover P6 2000 saloon for a recce over lumpy fields near the company’s factory in Solihull.

The car’s soft, long-travel coil springs, he theorised, could do afar better job than the Land-Rover’s leaf springs at smoothing out rough terrain while also improving handling on the road. 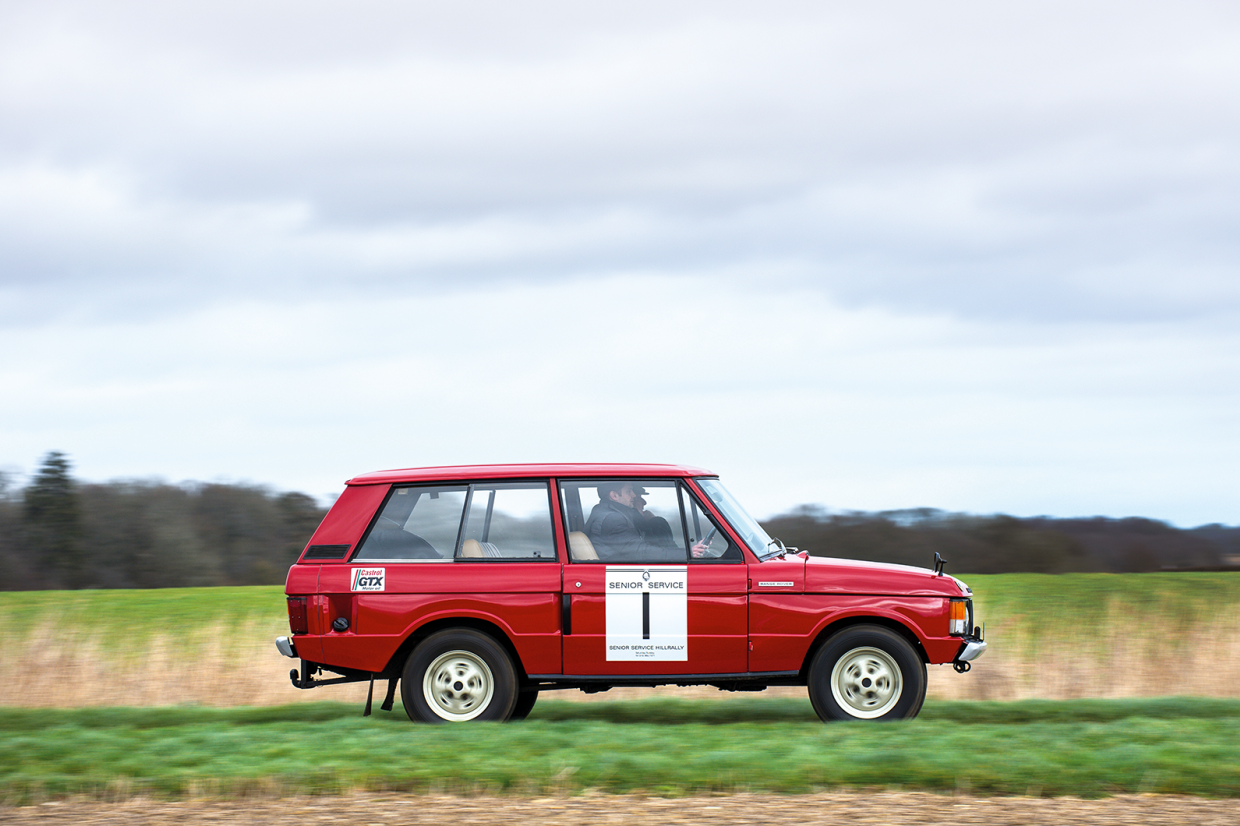 “We were doing 60-70mph, off-road, which is a bit stupid really. At one stage I actually overtook the pace car”

Emerging international demand for US-style four-wheel-drive ‘leisure’ vehicles such as the International Harvester Scout, Jeep Wagoneer and Ford Bronco was enough to warrant further investigation, but called for a more potent heart than the Land-Rover’s relatively tame 2.25- and 2.6-litre petrol engines.

As it happens, with its saloon cars in mind, Rover had already agreed to buy GM’s tooling for the all-alloy 3.5-litre Buick V8, and that would do nicely.

Built in July 1967, the first prototype had the silhouette of a Range Rover, but was rudimentary in detail – its bumpers came from the Ford Transit, for example.

And, aside from those all-important coil springs, beneath the skin it traded heavily on Land-Rover hardware, using axles, selectable four-wheel drive and drum brakes from the utilitarian workhorse. 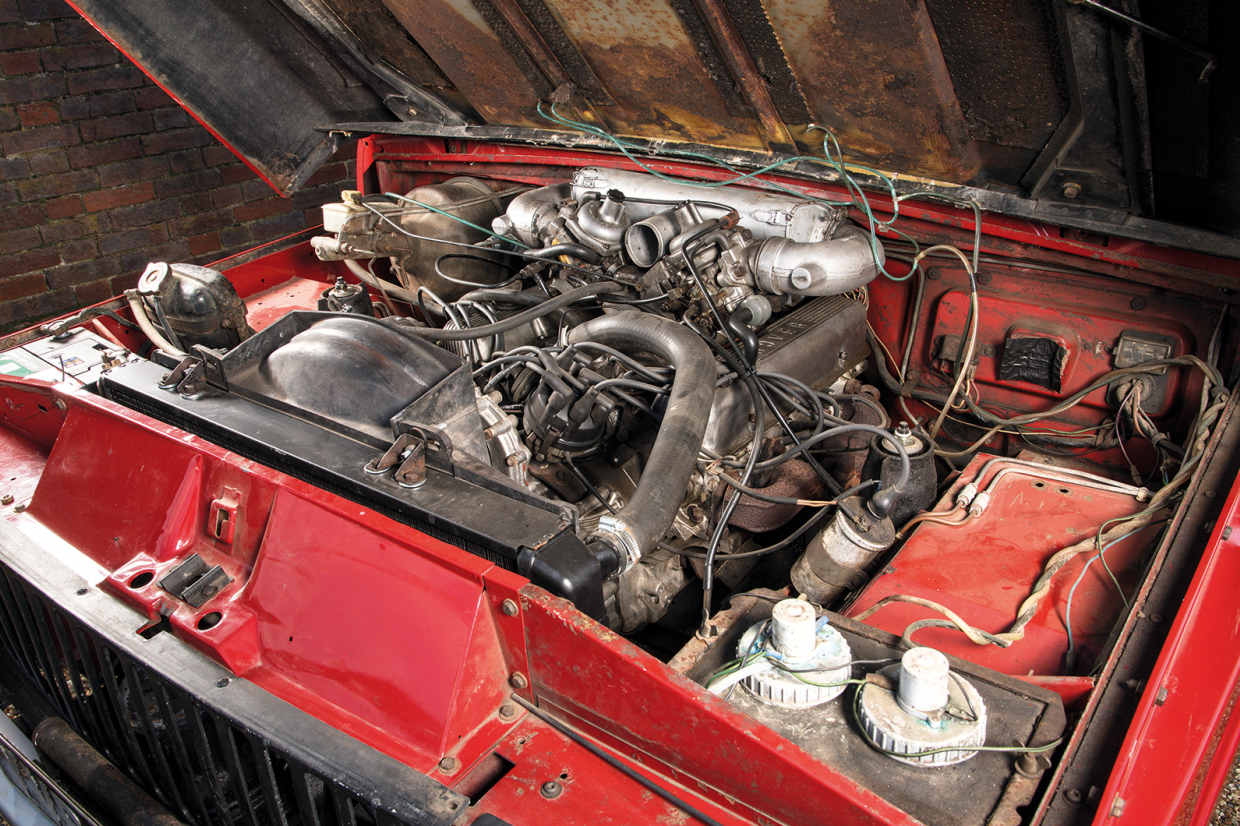 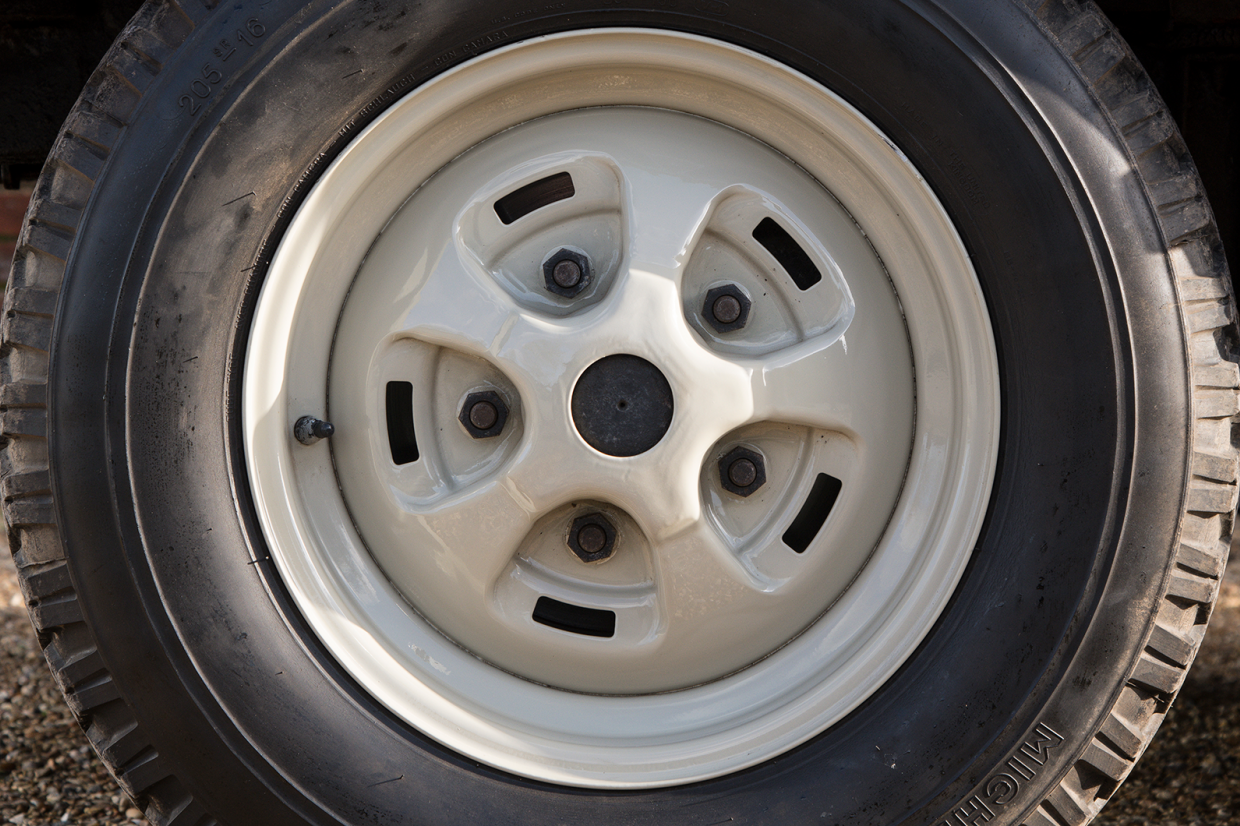 That all changed with the second iteration, which set the formula for production.

There was a prototype full-time four-wheel-drive system, a Boge Hydromat self-levelling strut to maintain ride height at the back – allowing both suppleness and stability, regardless of payload – and disc brakes on both axles.

The third prototype was completed in July 1969 and replaced the original exterior design with a more refined aesthetic, instantly recognisable as the production model known retrospectively as the Range Rover Classic. 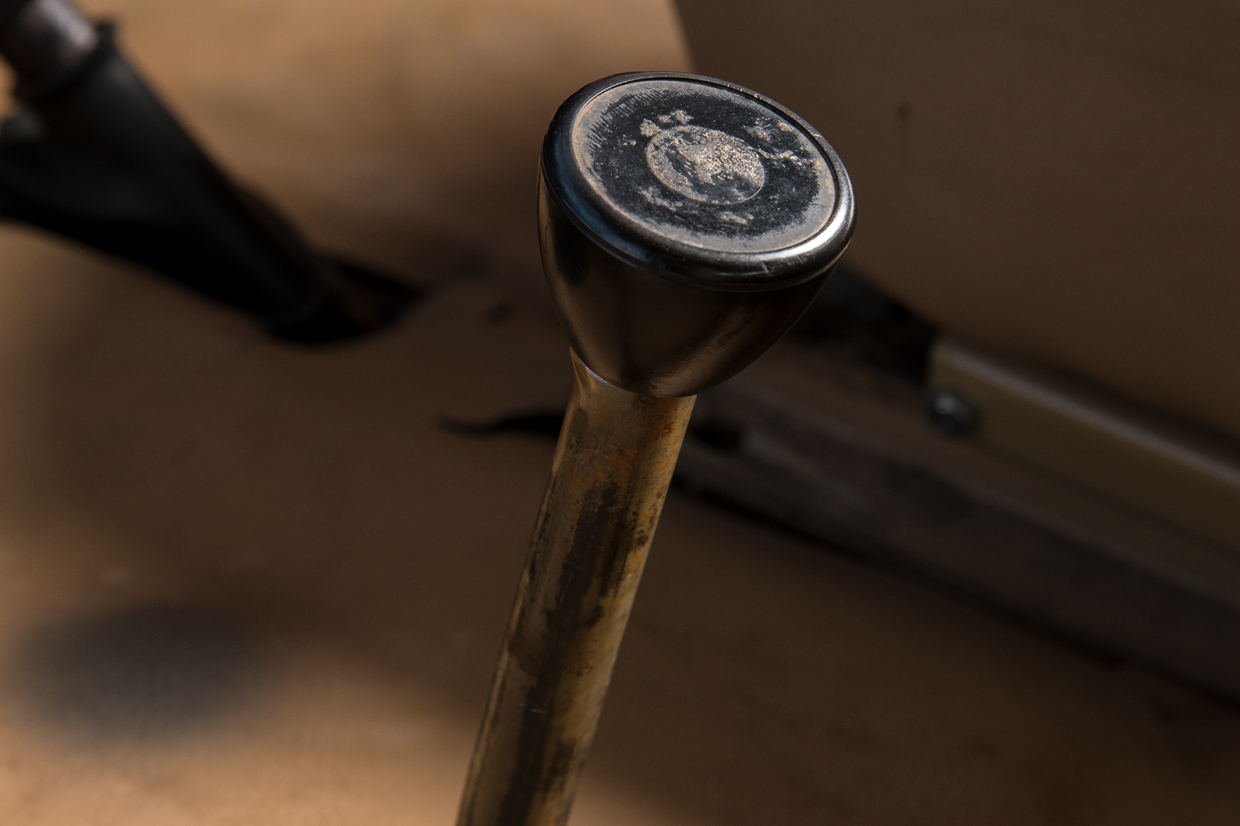 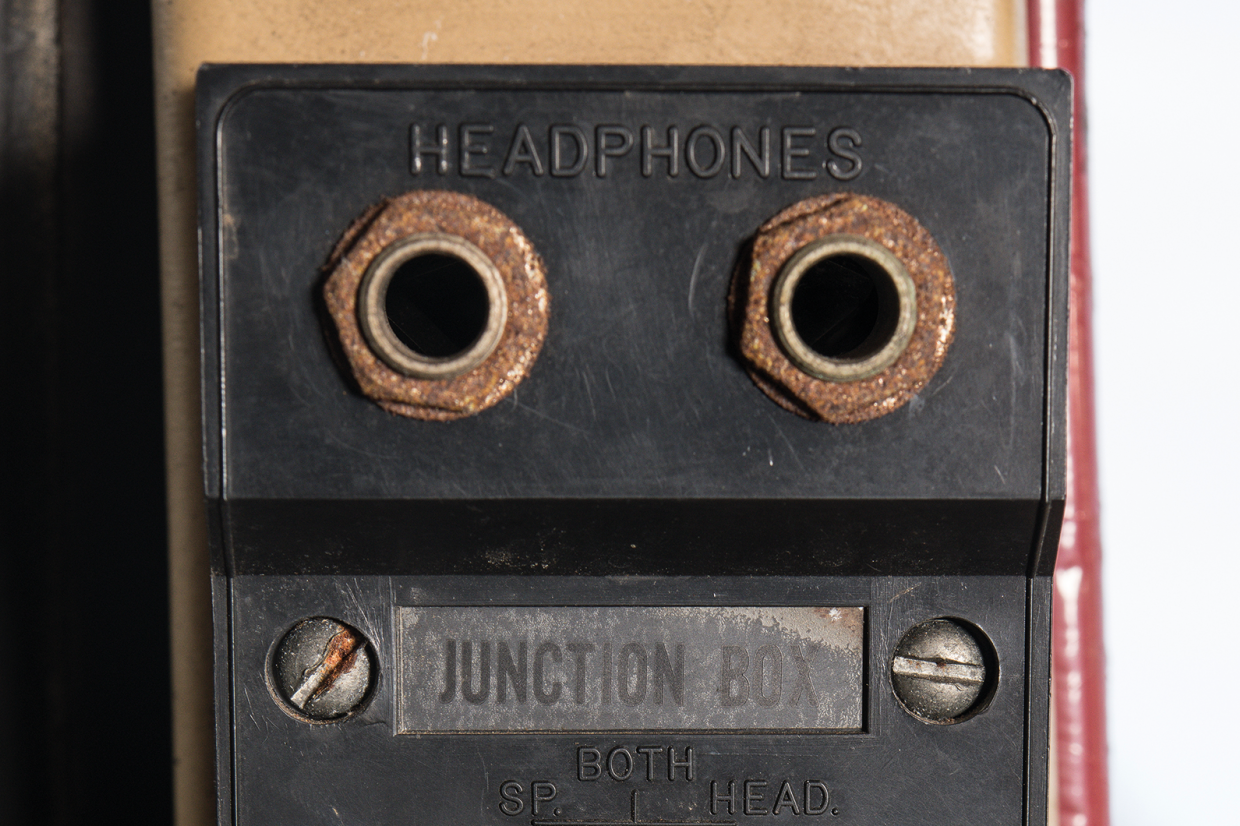 The wand-like, long-throw gearshift still has a confidence-inspiring action (left); this modification to take headphones kept the children happy

In all, seven prototypes were built, undergoing testing not only at home but also across Europe and North Africa.

Then came 28 pre-production chassis, which explored engineering possibilities from long-wheelbase and six-wheeler versions to an ambulance specification and a mock-up design for roof-mounted air-conditioning.

Two examples were tasked with homologation for the German market. So as not to arouse suspicion, these 28 cars were branded ‘Velar’ (referencing the Italian velare – to veil) and registered in a different county from the factory. 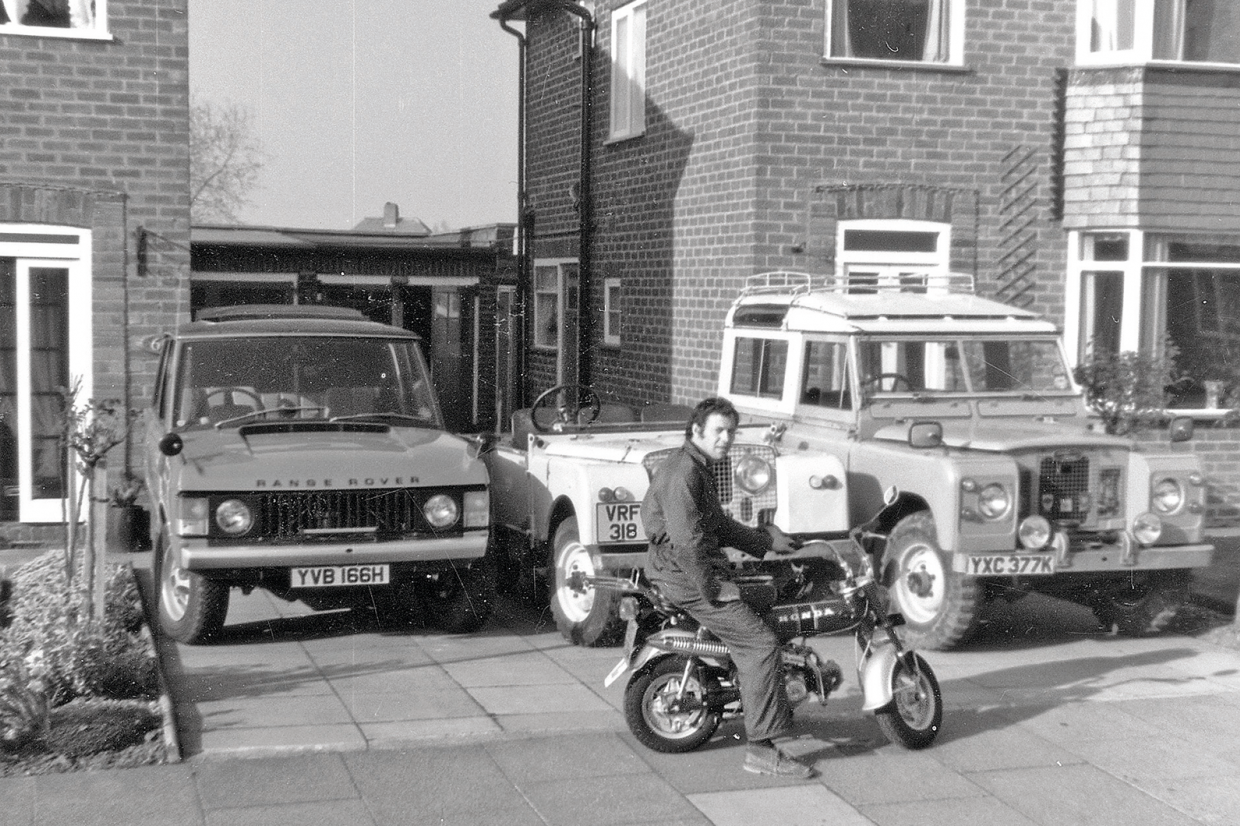 It’s one of those we’ve come to drive today on the estate surrounding Land Rover Experience London.

Best known by its registration number YVB 166H (or just ‘166’), it is now owned by Richard Beddall, co-founder and trustee of the Dunsfold Collection that was launched in 1968 to preserve Land-Rover’s history.

Engineering vehicle number 23 turned from test hack to unlikely rally car in the hands of one of our three aforementioned engineers, Roger Crathorne, who later became its owner and served its maker faithfully for more than 50 years.

Having started at Land-Rover in 1963, Crathorne joined the Range Rover project in ’67. 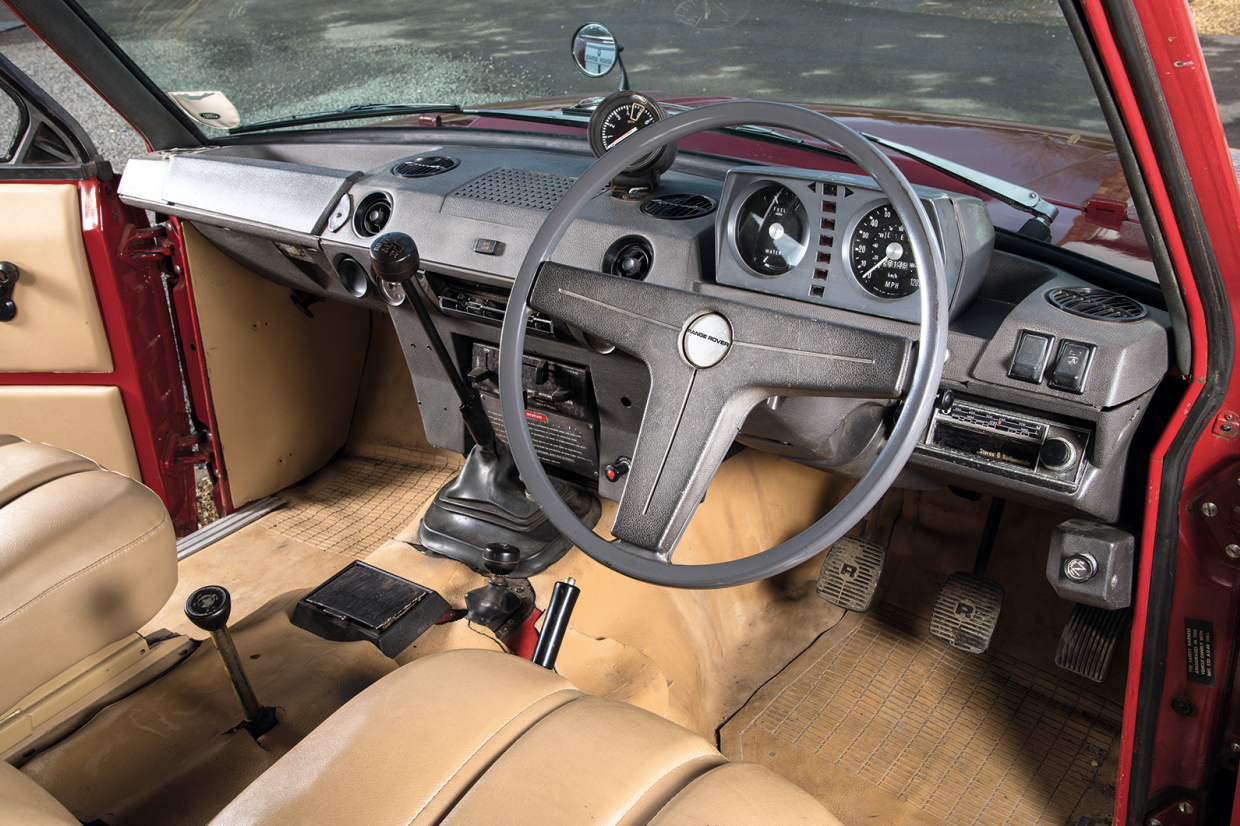 “One of my last apprentice postings was in the engineering department, just as the project was being talked about,” he recalls. “After qualifying, I was selected to join and couldn’t believe my luck. I worked on the first prototype. There were only three of us in the engineering team that took the car to production.

“It was phenomenal. You had twice the suspension movement of a leaf-sprung vehicle, which transformed the characteristics of a four-wheel-drive. We put a lot into ride and handling, and tyre development was also key because we needed it to run gross vehicle weight at 90mph-plus.

“We put it back for another 1500 and it still didn’t break. We then did 5000 miles at the military proving ground at Bagshot and the only major issue was rear brake pad wear. Incredible!” 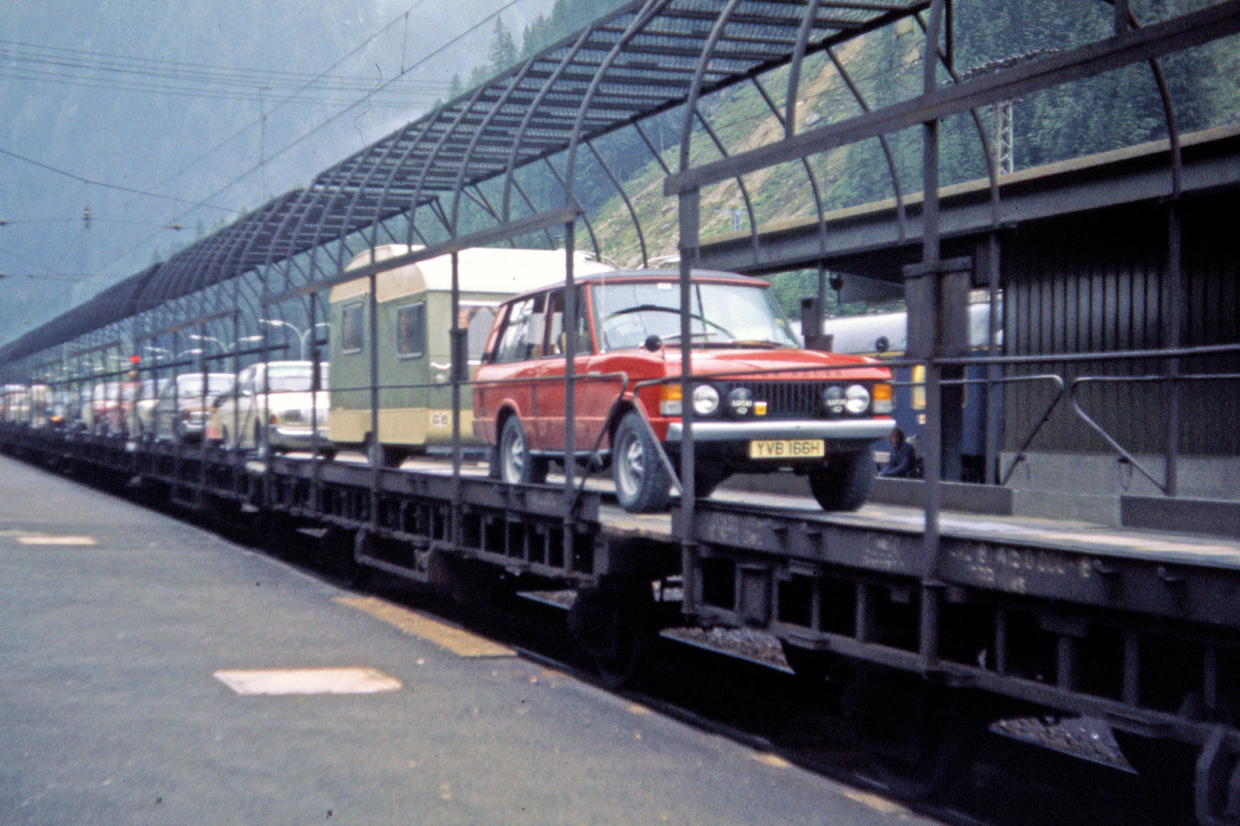 Crathorne bought 166 from Rover for £400 in 1972, and thereafter used it as his family car, including holiday trips to Spain and Greece.

To keep the peace during those long drives he even pioneered a dual headphone circuit that allowed his daughters to listen to 8-Tracks in the back while the adults enjoyed the radio up front.

The car was sold on in 1979, but Beddall rescued it from a shipping container in a Welsh forest nine years ago.

In a sorry state, it had been stripped of its engine, which he duly replaced as part of an immediate restoration.

Unlike some surviving Velars, its body and chassis are original – as is the gearbox, a production-spec four-speed manual with integrated dual range (co-developed for a military Land-Rover project) that gave eight forward gears plus two reverse.

And you can bet all of them were used by Crathorne during the two-day International Hillrally of May 1971. 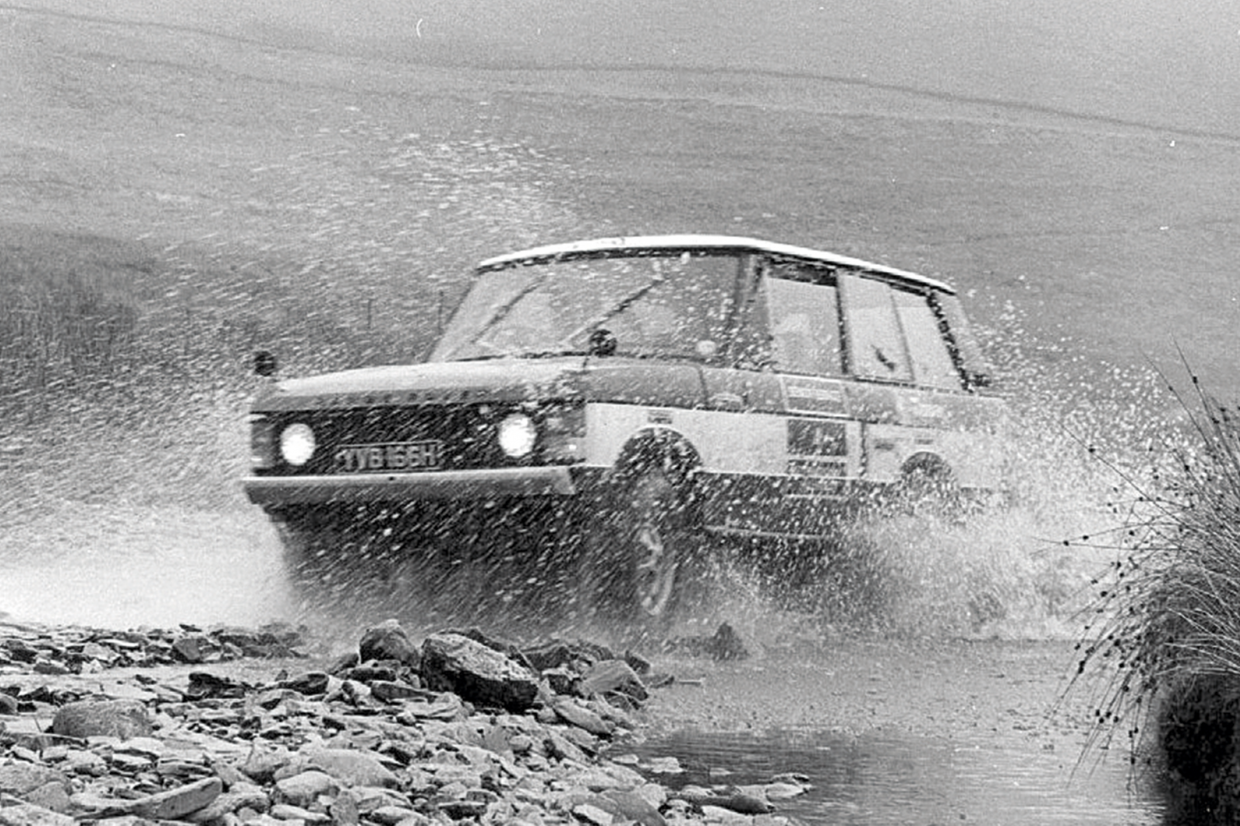 Inspired by the Rallye des Cimes in the Pyrenees, it was sponsored by Senior Service cigarettes and was the UK’s first off-road speed event of its kind, scaling mountains, galloping along tracks, grappling bogs and fording rivers across central Wales.

Having completed its core engineering duties, 166 had been available for rally preparation when it was decided to enter a Range Rover in the event, though a fear of failure in some company quarters led to the entry being submitted via the Rover Owners’ Association.

The car was fitted with a rollcage and other kit such as extra ’screen washers, map-reading lights, a raised differential-lock light and a passenger-side horn.

Despite the misgivings, the seriousness of the entry was not to be doubted, because technical director Peter Wilks gave the green light to use non-OEM Dunlop tyres for the event. “We’re out to win,” he told Crathorne. 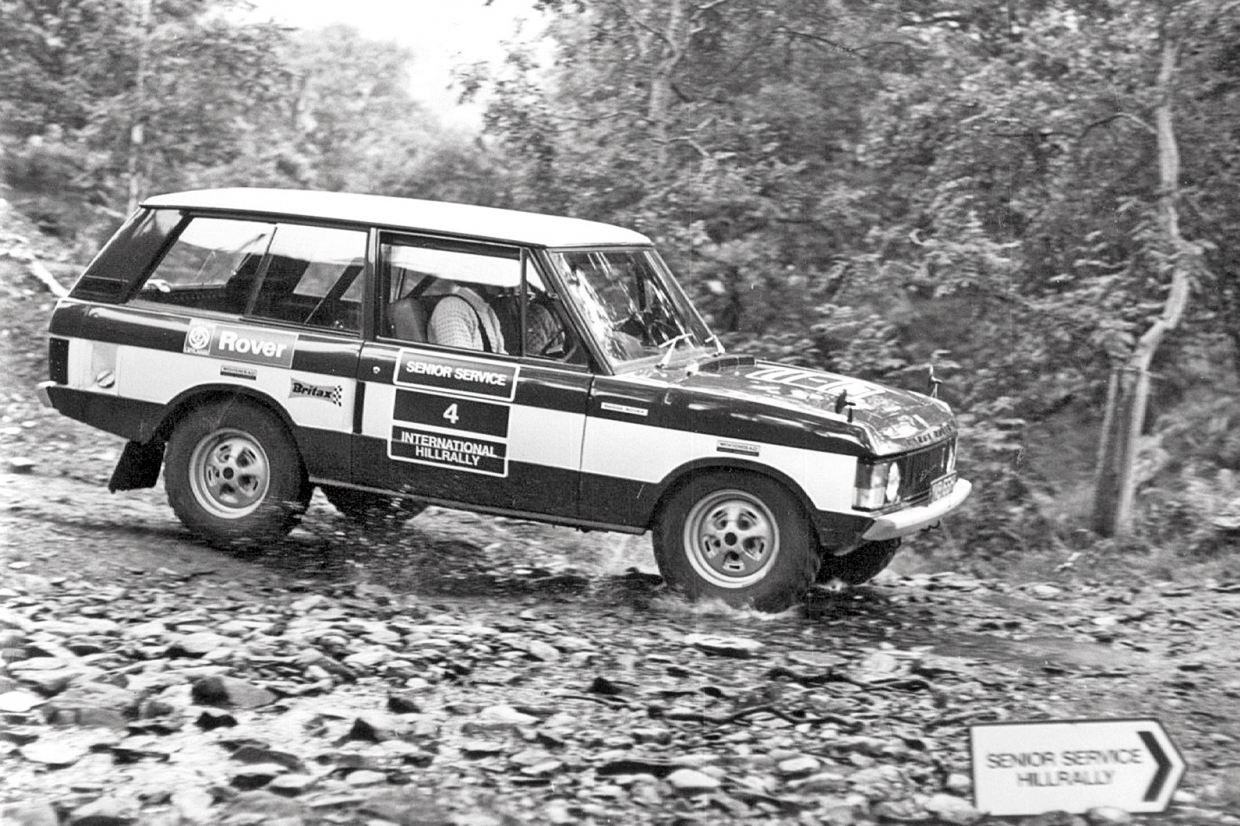 There was also hesitance from Crathorne himself, who usually prefers to treat the natural environment rather more carefully.

“The most important thing is to get from A to B as safely as possible without breaking the eggs,” he says. However, his countless miles of off-road durability experience made him the prime candidate to drive, and he was soon into the swing of things behind the wheel.

“There were thousands of people watching and they were all standing on the track, trying to force you into a bog,” he says.

“I told [navigator] Vern ‘Taff’ Evans to keep his foot on the horn, because we were going through that crowd. We were doing 60-70mph, off-road, which is a bit stupid. At one stage I overtook the pace car.” 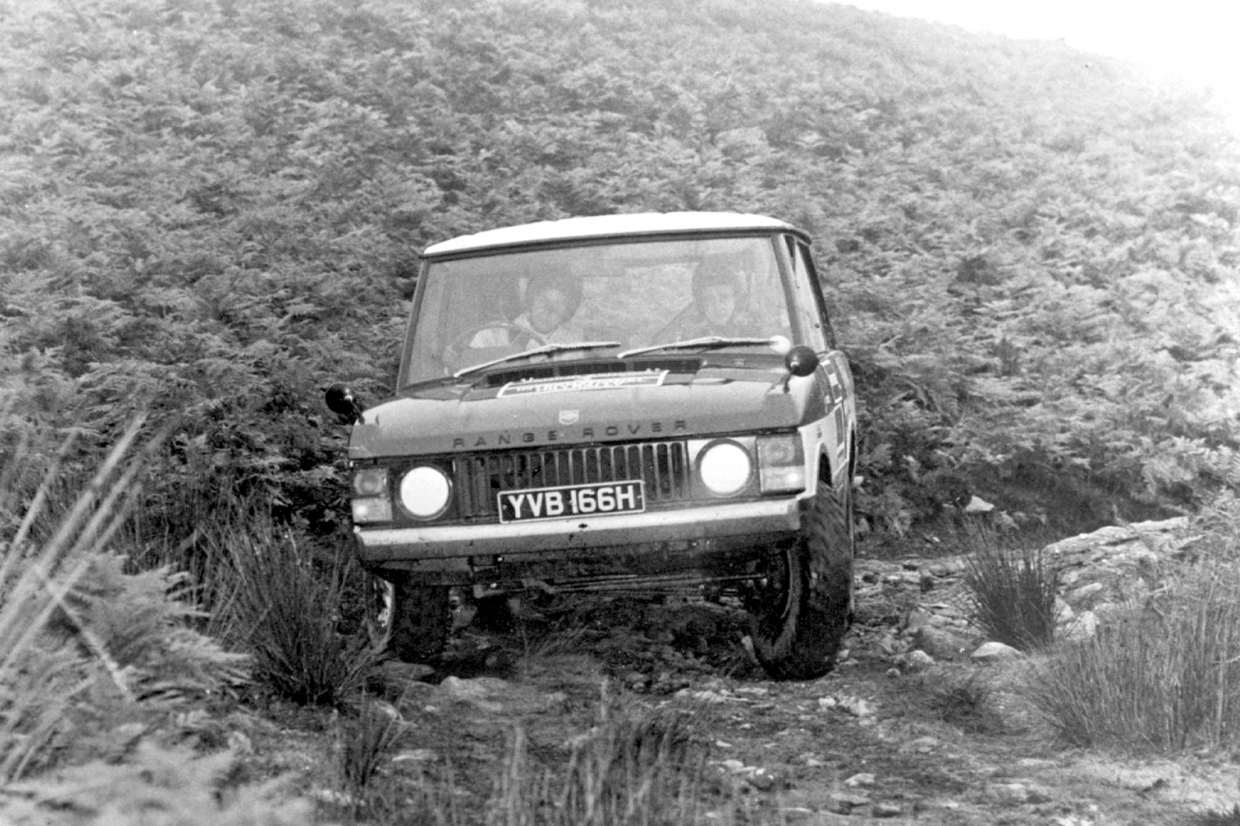 No terrain too tough

Land-Rovers bucked and dived across the terrain, their occupants – and sometimes body panels – regularly escaping their moorings.

In contrast 166 loped along, its languid springs absorbing the brunt of the landscape’s ire, leaving the crew in superior control and relative comfort while the sturdy V8 roared away.

With one stage remaining a Series One Land-Rover was leading, but Crathorne was able to drive the upstart Range Rover to victory on Sunday evening, claiming the £50 prize.

The event was reprised in September that year, when 166 was fully factory-backed. Bad weather made for tougher conditions: half the field didn’t finish, with a works Ford Bronco 4.7 shedding its rear axle.

Nonetheless, if not for a poorly marked route Crathorne would have won again, but instead had to settle for a class win, collecting the ‘Trail Blazers’ Trophy’. 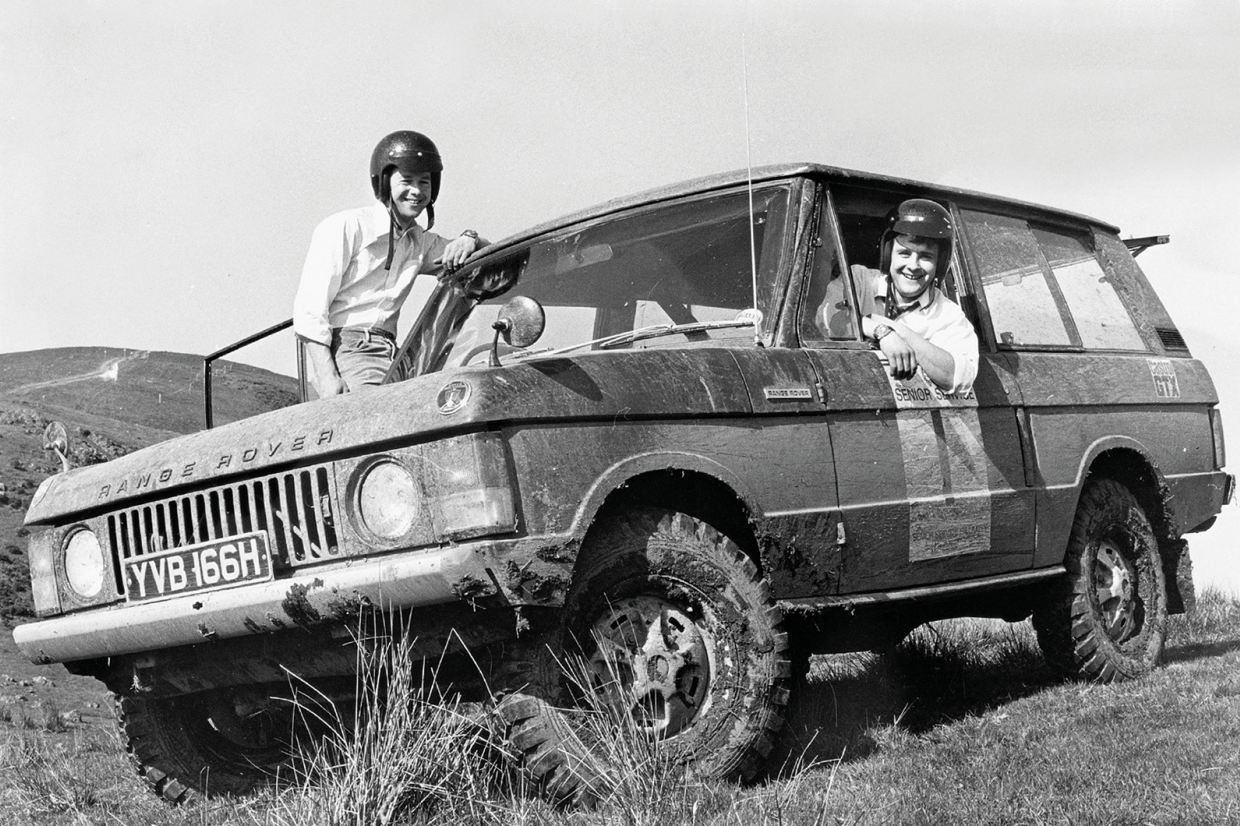 Beddall has now been entrusted with that memento, and proudly sets it in 166’s load bay alongside the hammer that Crathorne used to bash the steel RoStyle wheelrims back into shape after any unfortunate clatterings.

While thankfully not over-restored, the old stager looks unexpectedly handsome, even lithe, among the modern Land Rovers milling around us, its absence of bulky skirts and bumpers giving an almost athletic stance and allowing an easy peek at the naked hardware underneath.

One glance inside confirms that the Range Rover was not always the watchword of luxury it is today: the ride, handling and drivetrain added a thick layer of gloss to the car’s dynamic offering, but creature comforts were few.

It’s a festival of faded black plastic and ‘Palomino’ vinyl, while the lashed-on rev counter signals the paucity of standard-fit niceties in the early days. 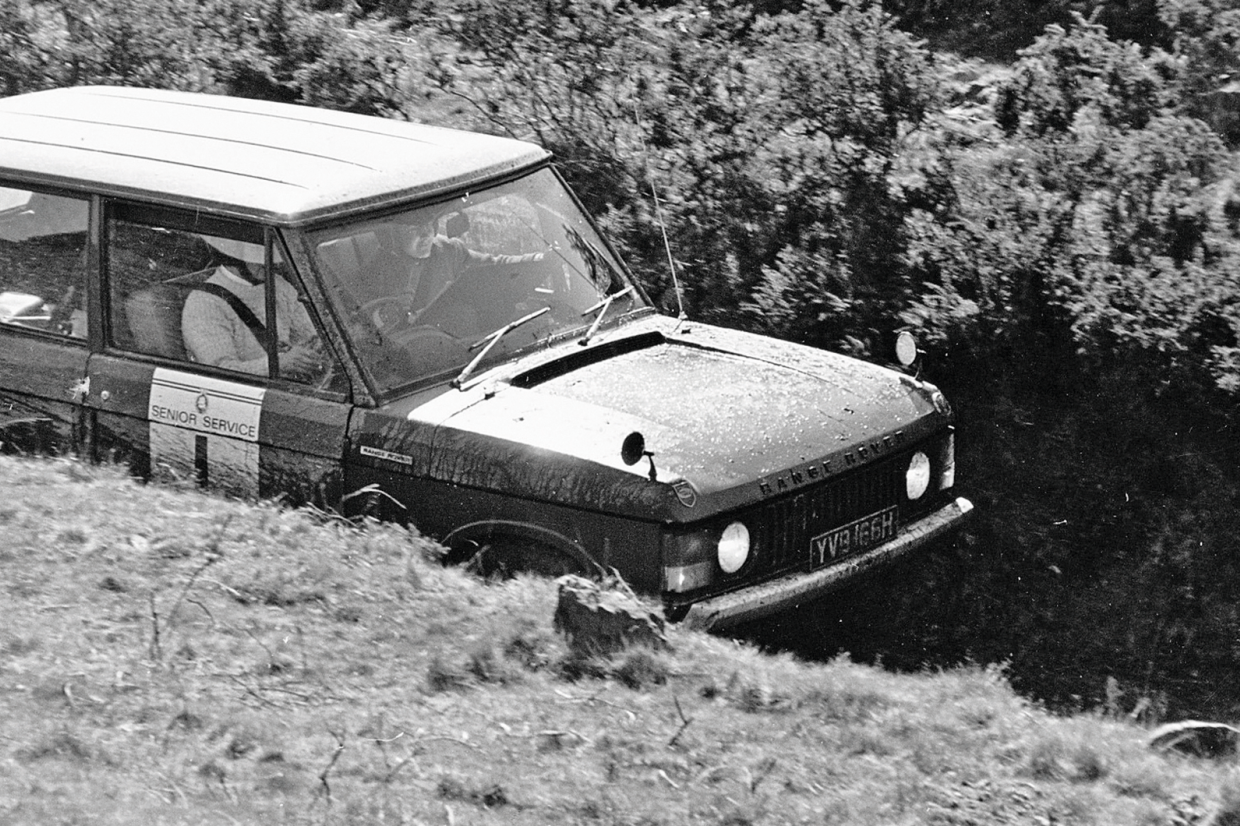 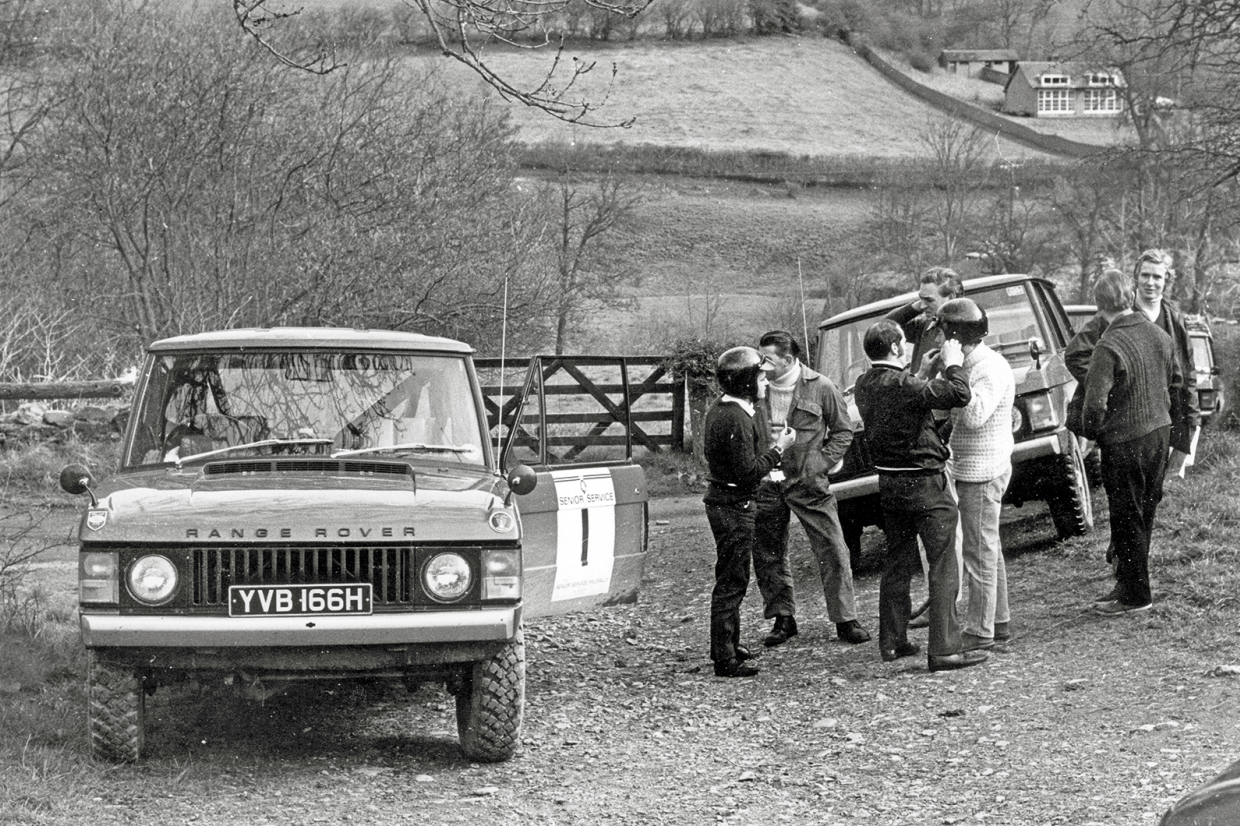 Company executives might have been nervous of the Hillrally entry, but the Range Rover was a sensation

But it does offer that lovely feeling of lightness and unfettered visibility you get from older cars with skinny pillars.

The sensation is heightened here by the sheer acreage of glazing and a high seating position that lets you plot the course of that square-set clamshell bonnet with ease.

Once you’re rolling, at least. At manoeuvring speeds, the unassisted recirculating-ball steering takes a little work – though it had been trialled before launch, power steering didn’t make its debut in a production Range Rover until 1973.

The wand-like gearshift has a throw that’s comically long by modern standards, especially across the lateral plane, but docks into each nook with a satisfying ‘thunk’. 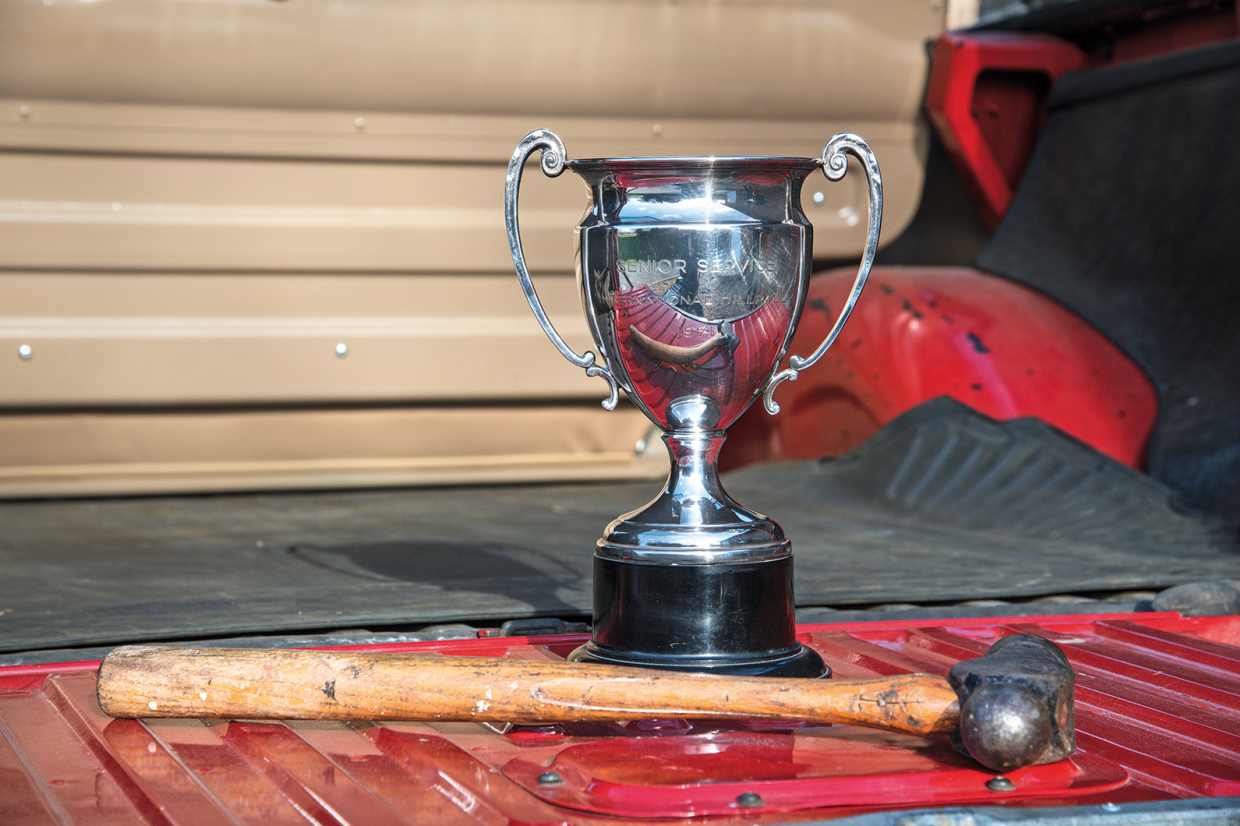 The Hillrally Trail Blazers’ Trophy with the all-important hammer

The range selector is quite the opposite – a stubby lever that needs the briefest of pushes to engage – while the centre differential lock is a simple vertical organ stop.

Unusually, there’s also an overdrive lever, which Crathorne fitted during his ownership to more comfortably ease away those touring miles.

Adding the handbrake by your left leg, the area between the seats is a mass of black tentacles, the functions of which have all been subsumed into electronics by the current Range Rover.

From outside there’s a brooding burble from the exhaust, while inside you’re treated to an earthy, metallic churn. 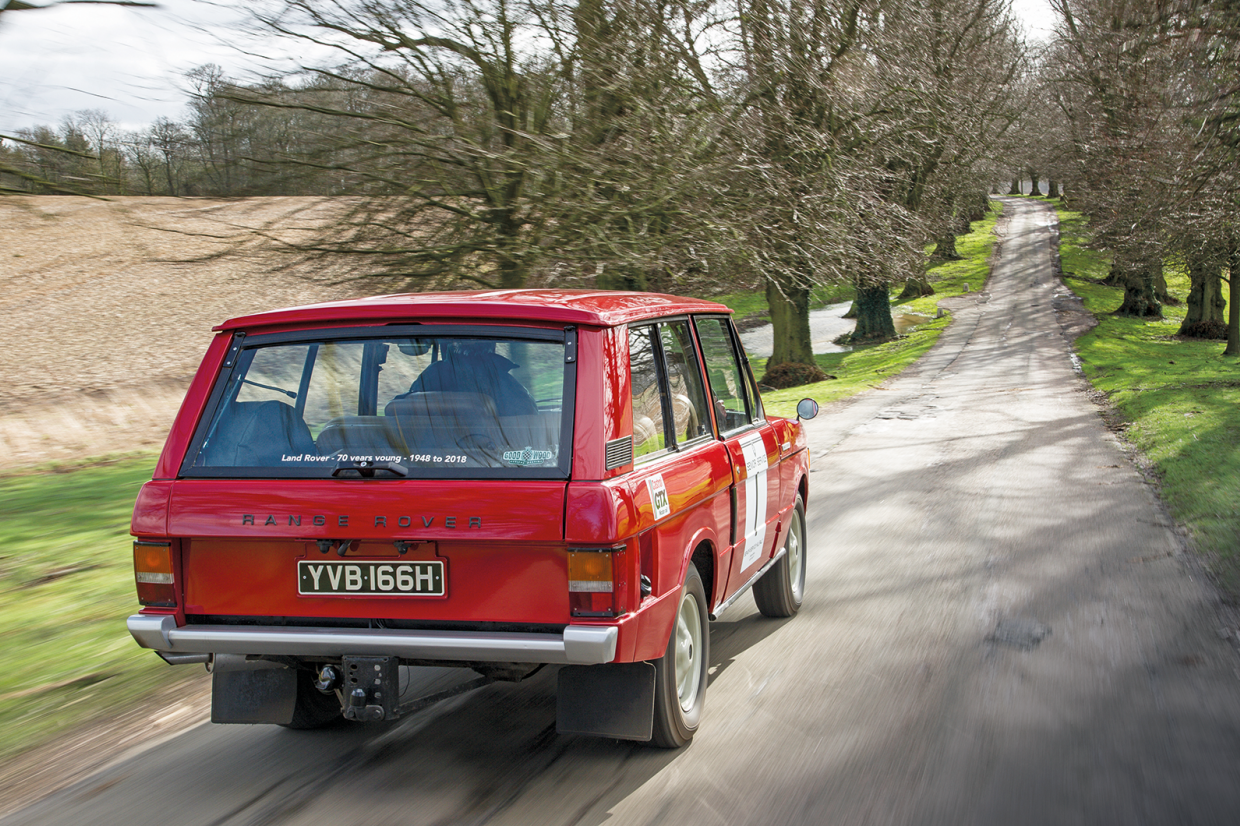 Coil springs give a loping gait on the road, and the later addition of overdrive for the four-speed ’box makes for quieter cruising

The production Range Rover was launched with 135bhp and 205lb ft – good enough not only for serious off-road duties and towing up to 4064kg, but also 0-60mph in an entirely respectable 13.9 secs and a 91mph maximum.

Beddall reports that 166 happily cruises at 70mph, and you can feel the engine’s willingness and keen throttle even at modest speeds.

The servo-assisted disc brakes, shielded at the rear to tackle that early pad-wear issue, are also suitably effective.

It’s easy to fall for this car. The styling is functional but elegant, the powertrain charming and the breadth of ability, from rock-crawling rally-winner to long-distance cruiser, no less remarkable for being half a century old.

Range Rover through the ages 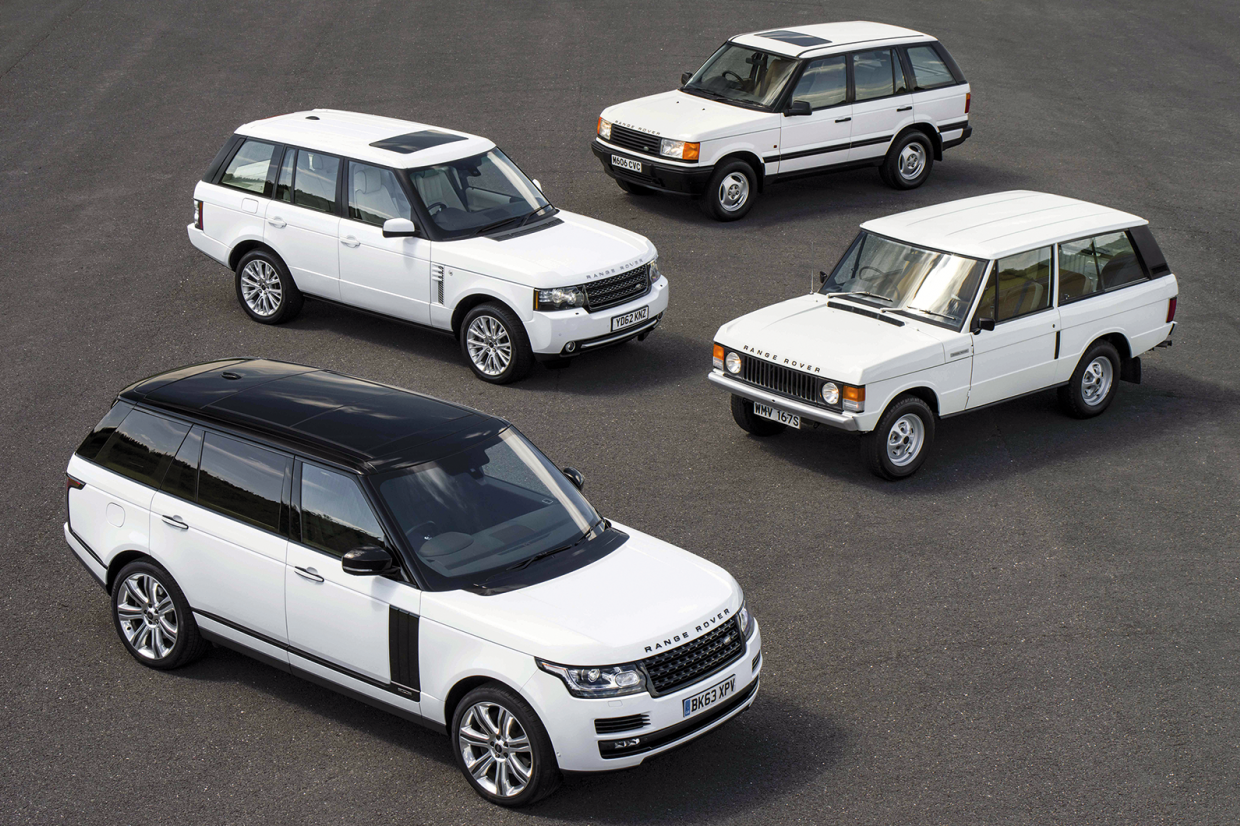 Luxury on the farm: Range Rover vs Mercedes G-Wagen 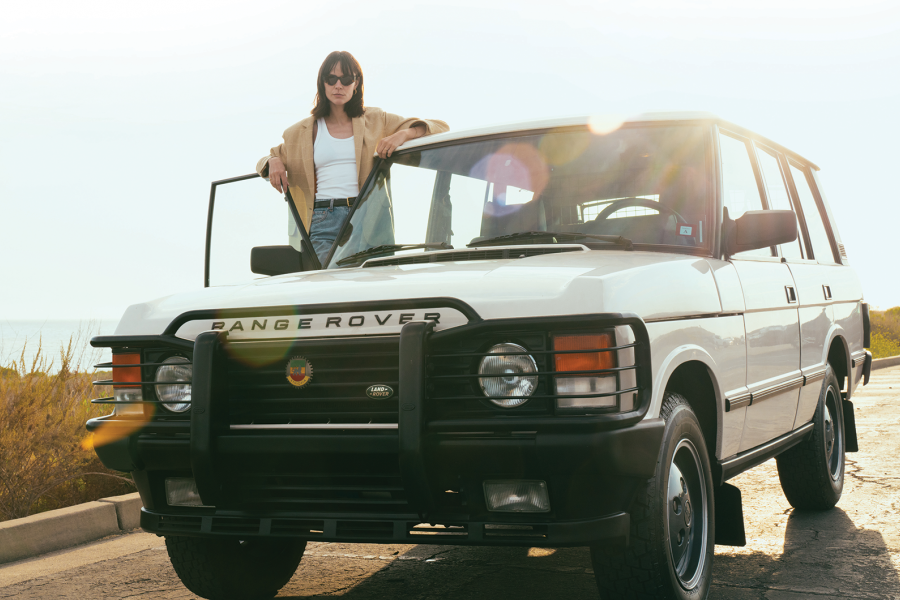 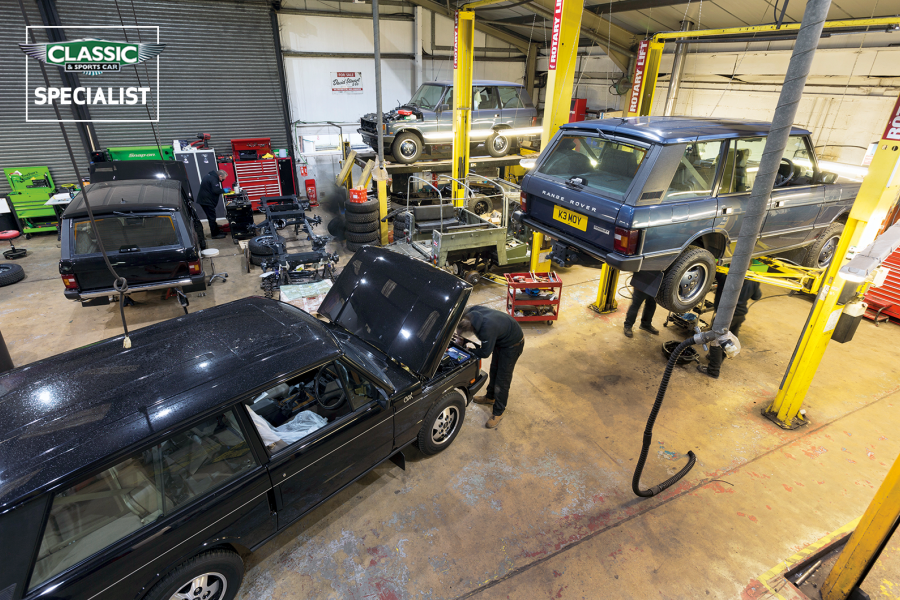 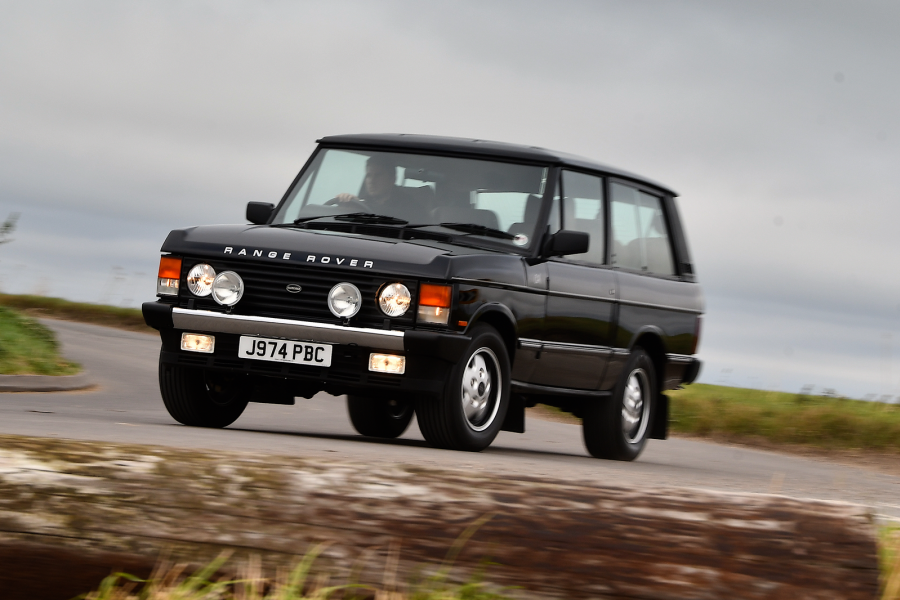 King of the hill: driving the Range Rover CSK 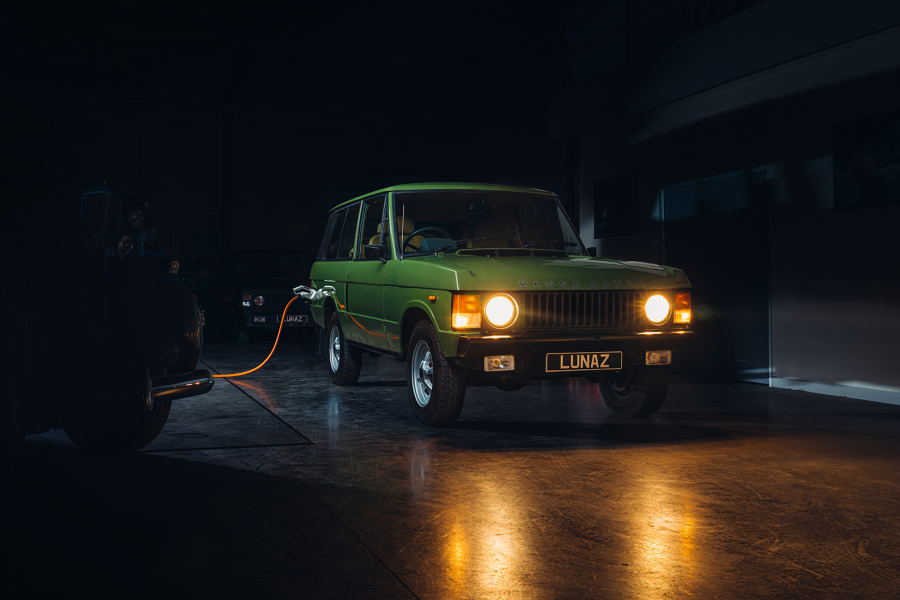