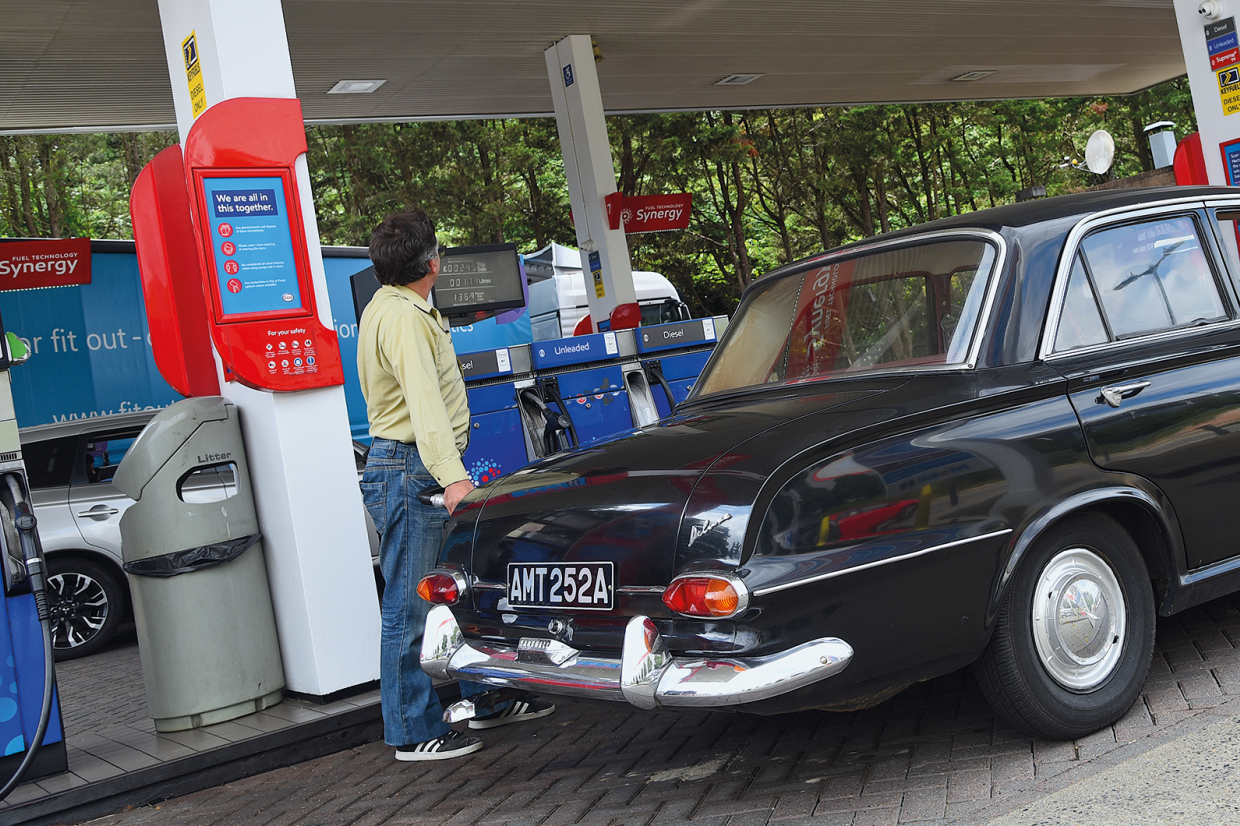 From September 2021, standard petrol on sale in the UK will have its ethanol content increased to up to 10%.

It will be available at almost all petrol stations across England, Scotland and Wales. In Northern Ireland, this introduction is expected to happen in early 2022, subject to legislative approval.

E10 petrol will cause issues for engines and fuel systems in older cars, industry bodies and clubs say, ranging from poor running to rusted-out fuel tanks – and even potential fires.

It’s all about reducing harmful emissions. Until now, 95-octane fuel has contained up to 5% ethanol: the amount varies regionally, depending on which refinery it came from.

By increasing the percentage of ethanol (bioethanol is produced from renewable crops such as sugar beet, grains and waste wood) blended into UK fuels, CO2 emissions are estimated to reduce by about 750,000 tonnes per year, according to the Government and transport minister Grant Shapps. That’s equivalent to taking 350,000 cars off the road, he said.

The AA reckons only 2% of cars can’t use E10 petrol, but that includes most classics. All cars made since 2011 have been required to be able to run it. 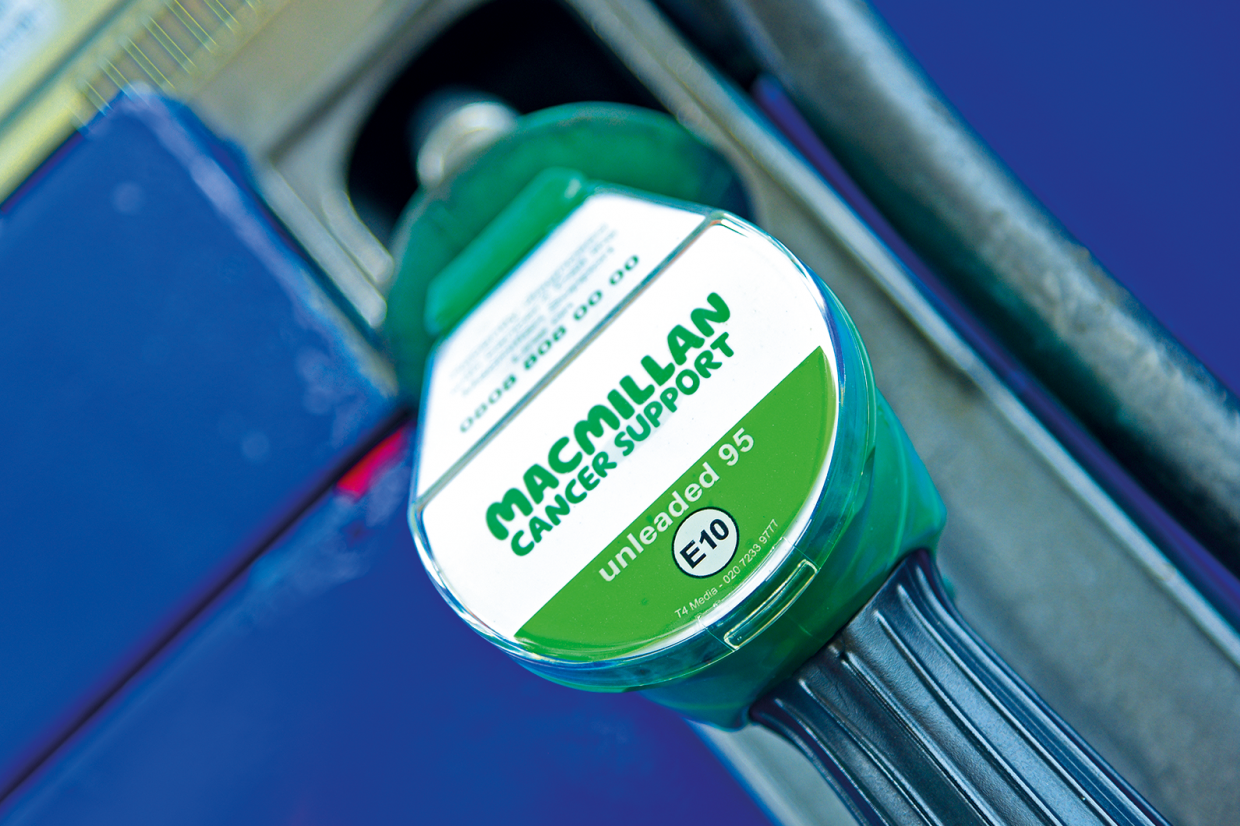 For those that can use E10 it’s not good news, either. AA technical specialist Greg Carter makes the point that the new fuel contains less energy than E5, so cars will have to burn more of it to cover the same distance.

Even the Government admits that using E10 will cost all petrol buyers more. In its impact assessment on the roll-out of the new fuel, published in 2020, it said: ‘Introducing E10 will add to fuel costs paid by motorists. Moving from E5 to E10 is estimated to reduce pump price petrol costs by 0.2 pence per litre.

‘However, as the energy content of the fuel will also decrease, motorists will have to buy more fuel. Overall fuel costs for petrol cars are therefore estimated to increase by 1.6 per cent as a result of moving from E5 to E10.’

That’s another clue to the move. If the switch equates to a 1.6% increase in UK petrol consumption, the Treasury’s income from fuel duty might increase by £13m each month, or £156m per year, the AA says.

This will help claw back some of the lost income from Vehicle Excise Duty, which is calculated on CO2 emissions, as more tax-free electric vehicles go on to the road. 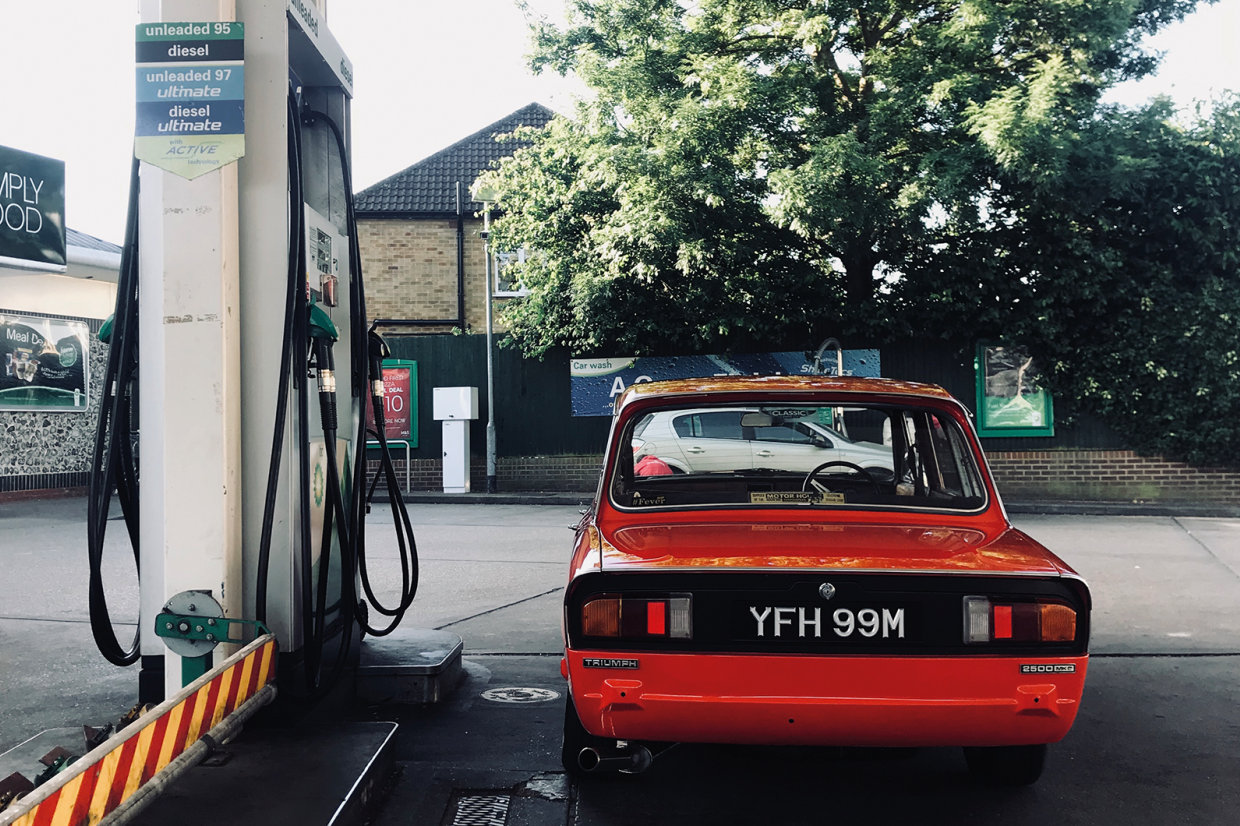 Using super unleaded is a solution… for now

The main worry that has emerged about ethanol-blended fuel is that it can eat through old flexible fuel lines, seals and gaskets due to its smaller molecular structure. This can lead to swelling, shrinking and cracking of seals and flexible pipes.

The obvious big danger here is leaks, which can then lead to fire. There’s also anecdotal evidence that it can rot out steel fuel tanks (because it holds more water) and make the fuel mixture lean (because it contains more oxygen), which tends to make engines run hotter.

There is also the potential of blocked fuel filters because of the stripping effect of existing residues within the fuel system.

“The other thing ethanol really doesn’t like is solder,” Guy Lachlan of Classic Oils and fuel spokesman for the Historic & Classic Vehicles Alliance says. “If you are running a soldered float in your carburettor then think about carrying a spare.”

Ethanol contains approximately 35% oxygen by weight and, according to the Federation of British Historic Vehicle Clubs’ website, will therefore result in a leaner fuel mixture when blended into petrol.

Petrol containing 10% ethanol, for example, would result in a mixture-leaning effect equivalent to approximately 2.6%, it says, which can cause driveability issues through hesitations, flat spots and stalling and also could contribute to slightly hotter running. 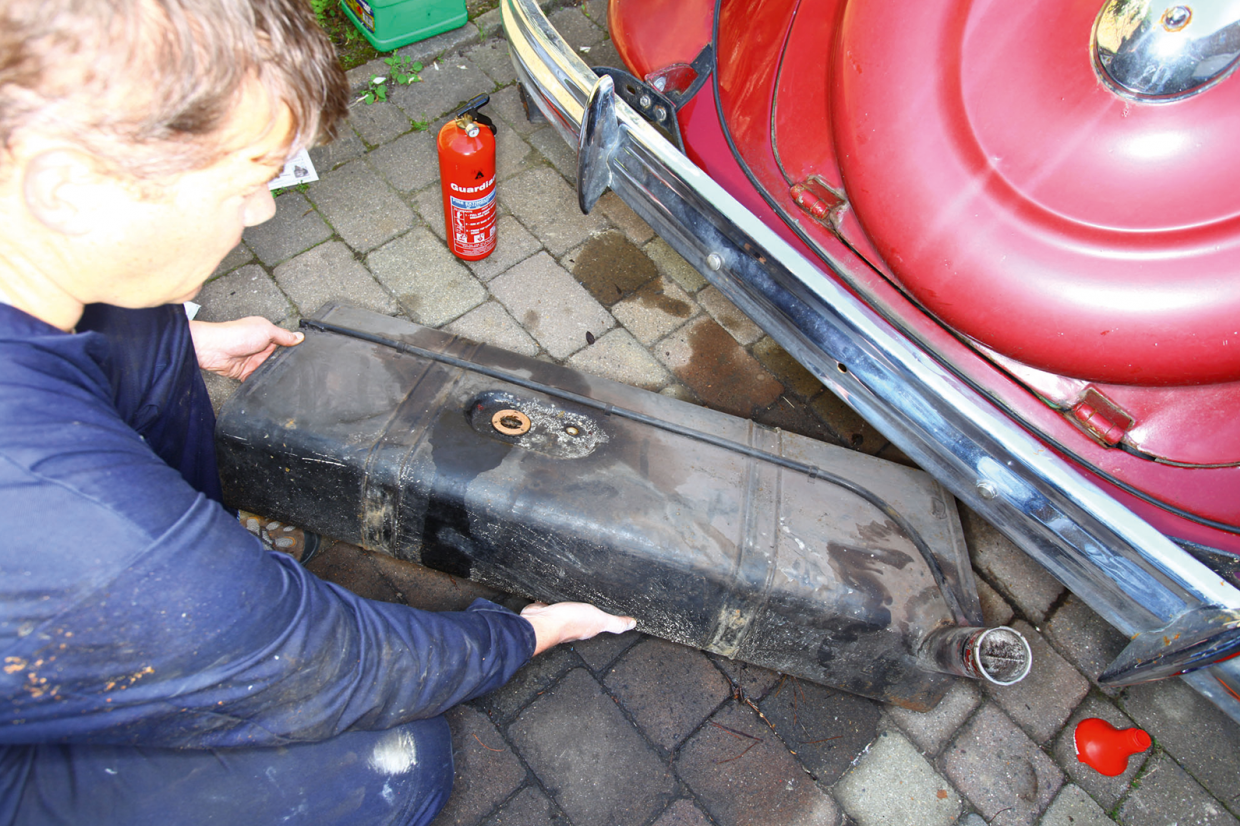 Some classic car owners have already reported issues with even 5%-ethanol fuel, including vaporisation in fuel lines, and the petrol degrading or ‘going off’ faster than it did previously.

The composition of pump petrol has changed over the years: as well as the withdrawal of added lead at the end of the 20th century, the boiling characteristics have changed, because very volatile components and aromatics have been added to the fuel blend.

At the same time, the sulphur content has been radically reduced to trace levels (10mg/kg), so petrol in Britain has been denoted sulphur-free since 2009.

The solutions (for now)

“You’ve either got to use fuel with no ethanol or change the materials that don’t like it,” Lachlan says. “If you are in any doubt about your rubber fuel lines, change them.”

Adding at least one in-line fuel filter would also be a sensible precaution.

For now, the easiest move is to use 97-octane super unleaded, which remains at 5% ethanol. That’s the recommendation of the Federation of British Historic Vehicle Clubs.

The Government has said that this ‘protection grade’ can be available for five years, after which it will be reviewed to ensure it and E10: ‘Remain appropriate to the needs of the market.’ 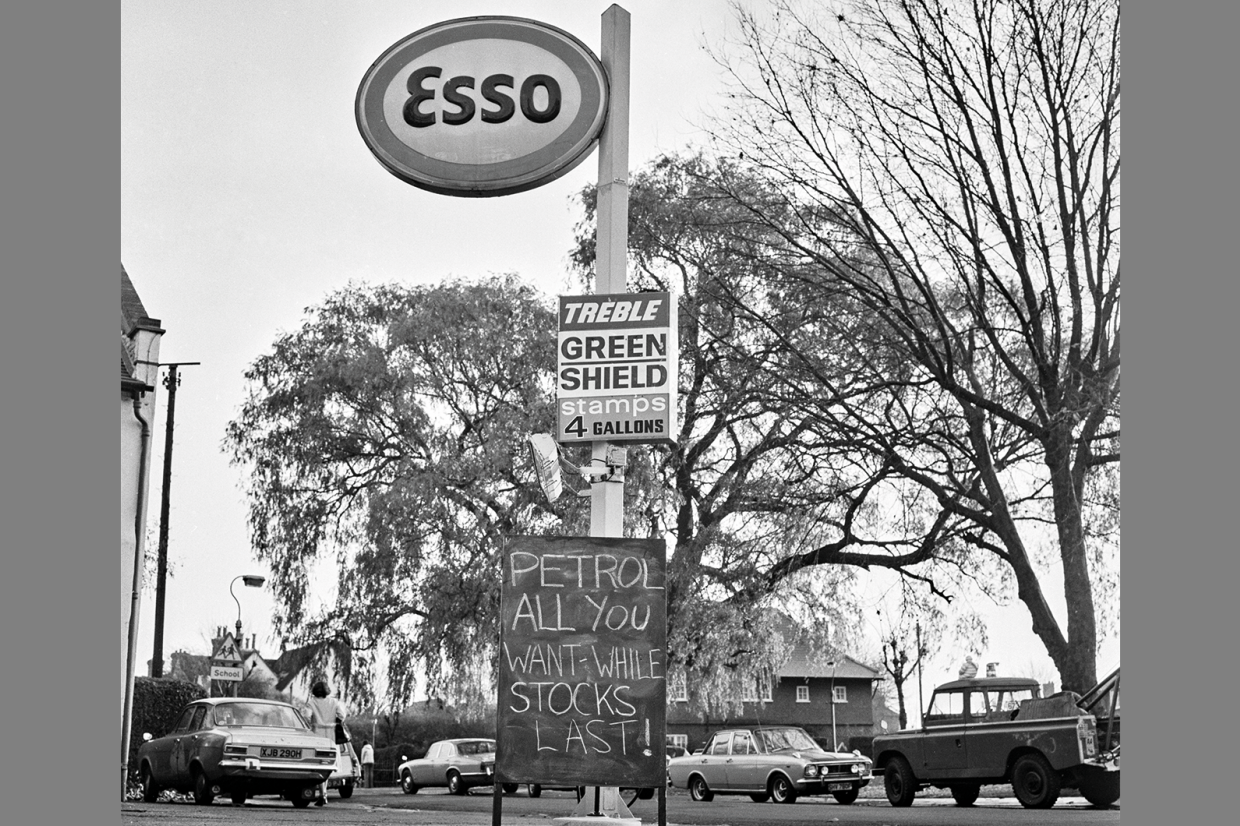 Fuel problems have been a threat to car owners for decades, from shortages to the banning of widespread use of leaded fuel

According to RAC Fuel Watch, super unleaded costs around 10p per litre more than standard petrol, but what isn’t certain, in an echo of the continued supply (or lack) of leaded petrol 20 years ago, is how many outlets will stock it.

Leaded fuel remained available in small quantities after its widespread use was banned, but in reality there was insufficient take-up to make a national supply in a sufficient number of outlets viable. (In short, we didn’t use it enough so we lost it.)

Malcolm McKay, press officer of the HCVA, recommends Tesco’s 99-octane fuel: “It is ideal for Jags and other classics designed to run on five-star and it costs about the same as E10 from the average branded filling station in many areas. It’s low ethanol and if all classic car owners filled up at Tesco we could make sure Tesco continues to supply it.”

Or, you could use an additive. According to the FBHVC, most lead replacement additives also contain an octane booster, and if that isn’t enough there’s always Tetraboost E-Guard 15, which replaces the tetra-ethyl lead that used to be added to petrol to make four/five-star.

But additives aren’t suitable for some turbo engines, or cars with catalytic converters (mandatory from 1993) because they can poison the matrix and the lambda sensors needed to control the air-fuel ratio. 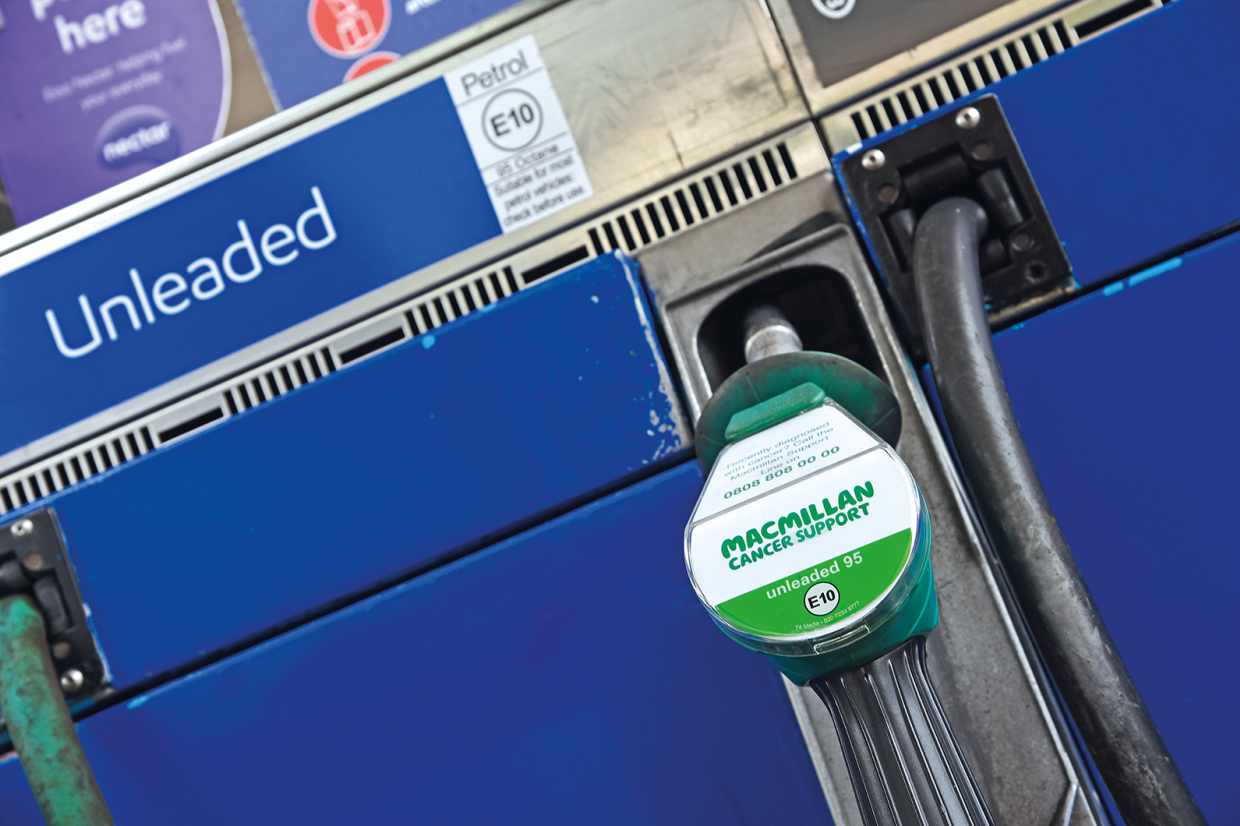 From September 2021, standard petrol for sale in the UK will have its ethanol content increased to up to 10%

Corrosion inhibitor additives can be effective in controlling damage caused by ethanol, says the FBVHC.

It’s not clear if corrosion inhibitors are universally added to E5 and E10 pump fuel, so it recommends adding an aftermarket inhibitor (sometimes called ethanol compatibility additives) to E5 and E10 petrol.

These usually include a metallic valve recession protector additive and sometimes an octane booster – trade names include Valvemaster, Millers EPS and Maddative from VP Racing.

As for lean running, the FBHVC advises richening the mixture strength – which is simple enough with SU carburettors, not so with fixed-jet designs such as Weber.

The FBHVC also says you should regularly check flexible pipe, seal and gasket material for deterioration as well as metal parts such as fuel tanks, fuel lines and carburettors for corrosion, and don’t let the fuel system sit dry.

Some plastic parts, such as carburettor floats and fuel-filter housings, may become discoloured over time, and plastic carburettor float buoyancy can be affected by ethanol – a sinking float will likely cause flooding and fuel leaks. 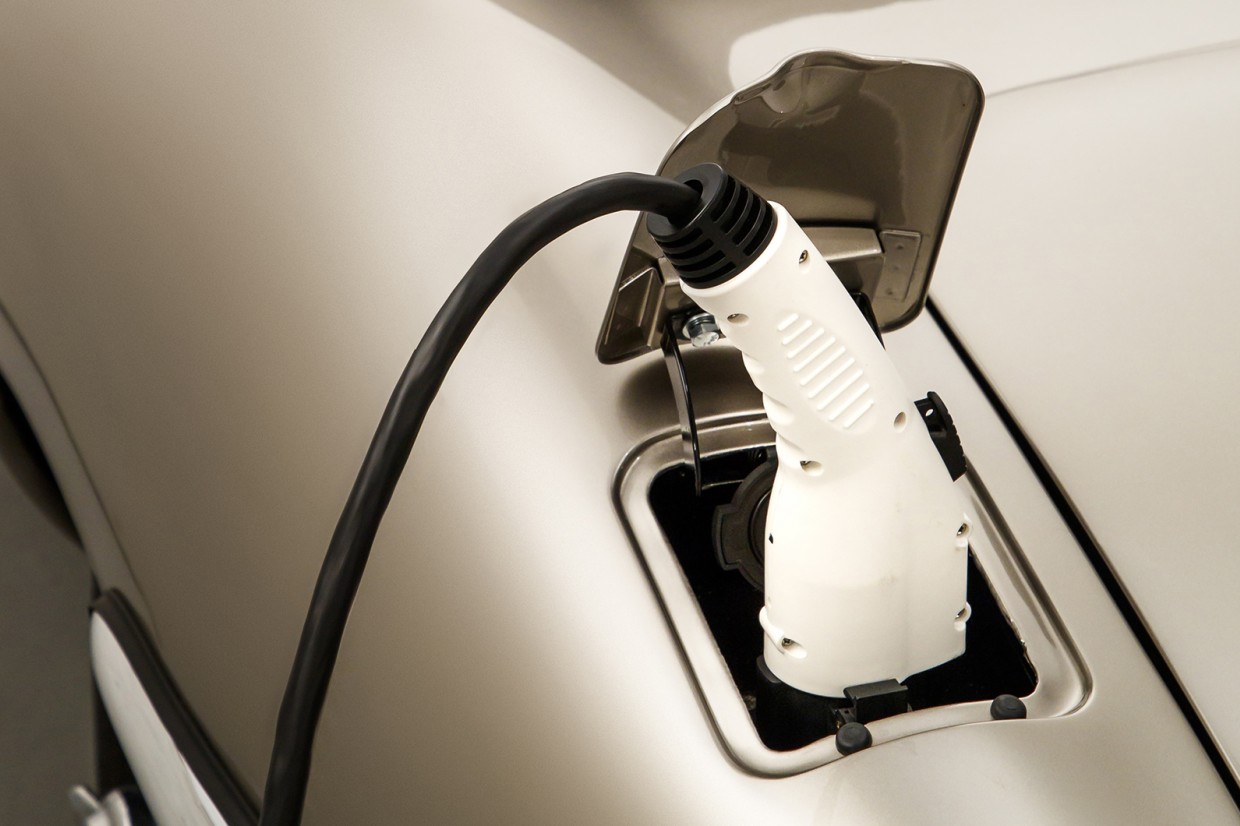 Some owners are converting their classics to be electrically powered

The future – bright or electric?

Super unleaded will continue to be available for at least five years.

Ultimately, synthetic fuels may be the answer. In an acknowledgement that internal combustion engines will be around for some time to come, Volkswagen AG says it’s investing $24 million in a plant in South America to make carbon-neutral synthetic fuel.

If this comes on to the general market (it’s currently going to be reserved for Porsche’s own cars at driving experience days), that could be good news for owners.

The Historic & Classic Vehicles Alliance was formed earlier in 2021 to defend the classic vehicle industry, which it sees as under threat of marginalisation by the push towards electric cars, city centre clean air/ultra low emission zone charges, restrictions on the use of petrol and diesel cars in some areas, and drying up of suitable classic-friendly fuels.

It inevitably points out that vehicle preservation is much more environmentally friendly than vehicle replacement, but it is realistic about the future. 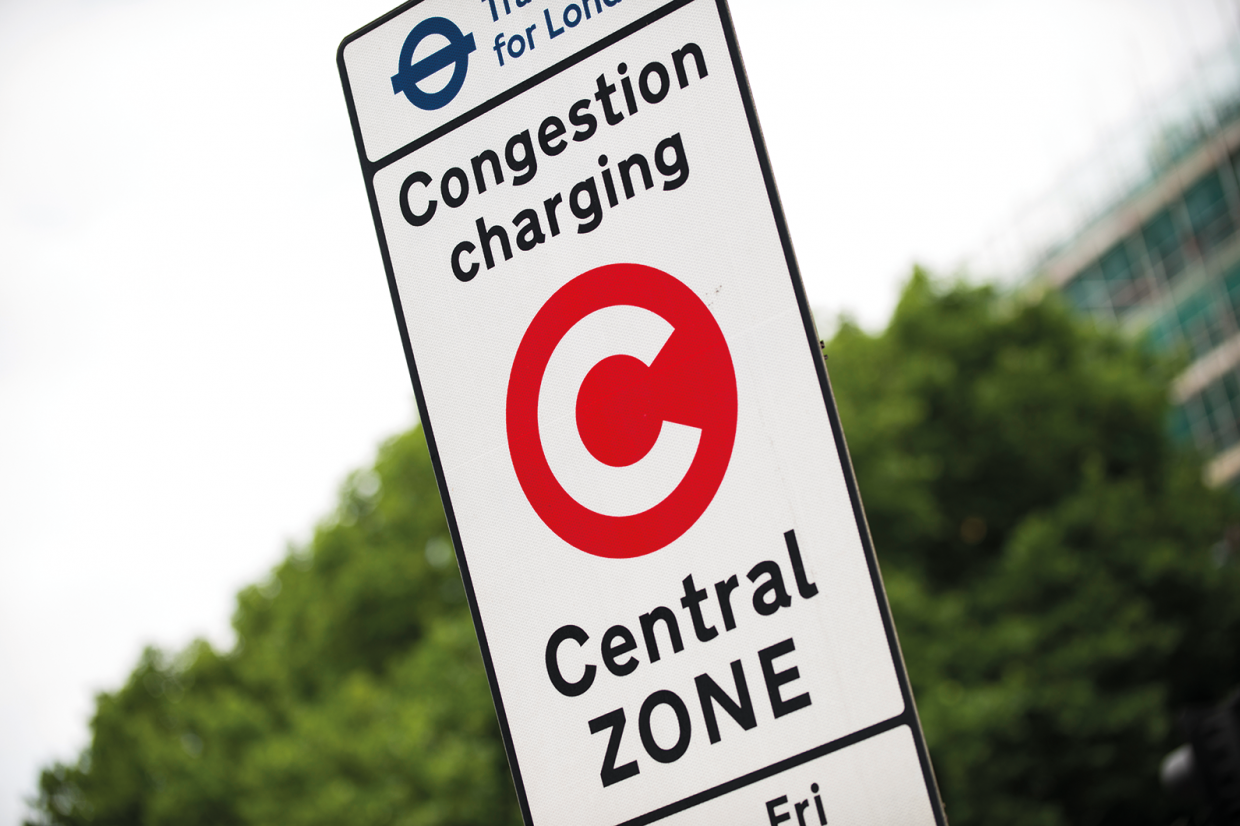 Fuels spokesman Lachlan again: “There will be a range of novel liquid and gaseous fuels available in the future, in addition to electricity, and it is likely that historic and classic vehicles will have to migrate to these novel fuels over time to allow their continued use in a CO2-constrained environment.

“But we envisage that a number of vehicles of significant historical interest in their current configuration will not be modified, along the lines of listed buildings, and the HCVA will work to ensure that government does not phase out legacy liquid fuels more quickly than the historic and classic vehicle industry in the UK can convert the existing fleet to be compatible with novel fuels.

“The HCVA will work with the industry to accelerate the pipeline of skilled personnel and technological advances necessary to develop modifications for historic and classic vehicles in the UK, which will allow them to use novel fuels, including electricity.”

According to the FBHVC’s most recent survey, conducted in 2020 but using 2019 data because of the pandemic, the economic benefit from the classic car industry is £7.2bn, and that while there were around 1.5m historic vehicles their individual usage remained low – averaging 1200 miles a year according to one recent survey.

An online compatibility checker is available on the Government website