We might lazily brand Americans as lacking in irony, but the increasing fanbase of the AMC Pacer proves otherwise, its profile raised by film appearances as the archetypal geek/losers car.

Wayne’s World was its finest hour but the Pacer pops up in lots of other places, from David Byrne’s True Stories to Eminem videos.

I have long harboured a grim fascination for what was, without doubt, a truly dreadful automobile even by the standards of America’s so-called malaise era, aka the 1970s and ’80s.

The uncertainties of the mid ’70s in terms of emissions laws, rising fuel prices and safety legislation drove US car makers into a state of panic. Once a joke, small cars from Japan were now a threat to the domestic industry.

Cornered, Detroit responded with some of the worst and most cynical vehicles ever produced. A country that was feeling bad about itself in the wake of Vietnam and Watergate got the cars it felt it deserved. 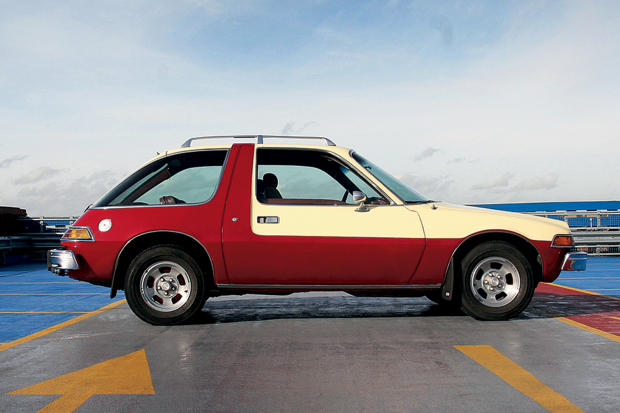 There’s something of the lunar vehicle about it

It was a depressing time for anyone who professed an interest in cars. In fact, in the context of cars such as the Ford Pinto and Chevrolet Vega, the much-derided AMC Pacer seems quite appealing.

It did, at least, look different: AMC’s styling supremo Dick Teague (who, tellingly, had a problem with one of his eyes after a childhood car crash and was unable to perceive depth) ignored the contemporary fashion for angular bodywork and instead fashioned a rounded, futuristic two-door hatchback.

It had a definite touch of the lunar vehicle about it, with massively deep goldfish-bowl windows that contributed to the car’s impressive weight – it was heavier than a W123 Mercedes – and made the optional air-conditioning work hard. Nearly 40 percent of the body surface area was glass.

But why was the Pacer so awful? Slow, thirsty, poorly packaged; it’s hard to know where to begin, really. It is simply one of those cars that is so exquisitely bad that you look at it and think ‘did they really make those?’ 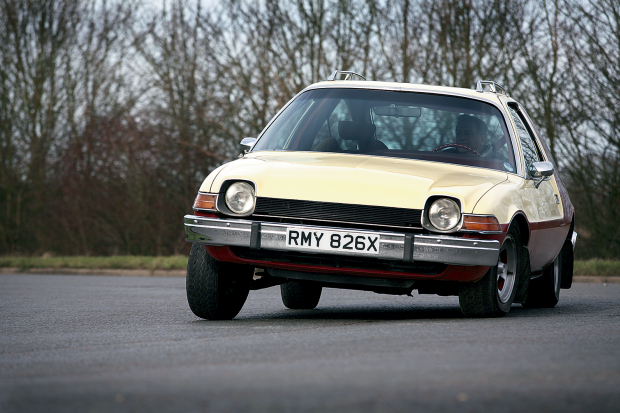 Short and wide: not a recipe for success

Its problems really stemmed from the fact that the Pacer was the issue of AMC (American Motors Corporation) by far the weakest of the big American producers, independent of the ‘big three’.

Here, funds to develop truly new models were limited in the early ’70s, yet it was felt that AMC, with its reputation for producing America’s most pedestrian range of cars, needed to try something radically different to make its voice heard in the marketplace.

It saved money by simply adapting the AMC Matador drivetrain and running gear, chopping the wheelbase by 18in and reducing the overall length by 30in, but retaining the width of the full-sized car.

Thus, AMC’s advertising blurb called the Pacer “the first wide small car”: it was 100in long but 77in across – wider, in other words, than a Silver Shadow and about the same length as a big European car such as a Ford Granada.

Apart from its rack and pinion power steering – one of the first American cars to have it – and front disc brakes, the Pacer was meticulously conventional in all its underpinnings, complete with semi-elliptic springs and a live rear axle. 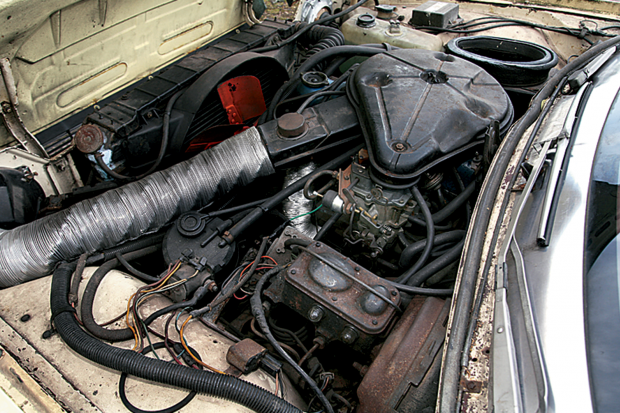 It might have had more credibility as the all-American answer to the invading Japanese hordes had it not been powered by a 3.8-litre straight-six of considerable antiquity that could barely push its quivering bulk to 90mph on an emissions-strangled 95bhp, while averaging 18mpg or less. This boat anchor of a power unit was so heavy that it broke the steering on early Pacers.

In fact, the car was so heavily built (in anticipation of severe Federal crash safety legislation that never actually came into force) that AMC abandoned all pretensions of economy and offered the Pacer, from 1976, with a bigger 4.2-litre engine and from 1978 with a 5-litre V8.

Bug-eyed as it was, the Pacer was an extraordinarily slippery car, with a 0.32 drag co-efficient, and it also predicted the move towards eliminating rain gutters with doors that blended into the roof.

The one fact that fascinates everyone about the car is that the passenger door was 10cm longer than the driver’s door, not only to make it easier to get shopping in the back but also to encourage passengers to get into the car from the safer side.

That was fine until AMC tried to sell the cars in the UK with right-hand drive; the driver’s door was so big that getting out in the typically confined English parking spot was virtually impossible. 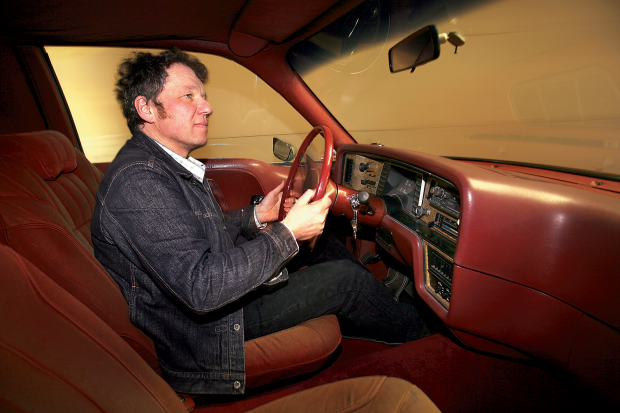 Buckley, a few years back, ‘enjoying’ a drive in a Pacer

On home ground, the Pacer's ‘lemon’ image was somewhat belied by the fact that sales in the first year were huge – 145,528 units – with the domestic magazines saying polite things about it through gritted teeth in the name of patriotism.

The British press were a lot less forgiving of the Pacer’s weaknesses when the car was offered in the UK in 1976. In fact, it got one of the most brutal editorial pannings of the decade, when the weekly Motor announced on its cover: ‘We test the Pacer – and wish we hadn’t.’ Inside, the piece labelled it simply ‘slow, thirsty, expensive’.

At £5400 the right-hand drive Pacers were in contention with Jaguars and up-scale Opels; in reality, the only point of comparison was the fuel consumption. Shortly afterwards, AMC stopped importing cars into the UK altogether. 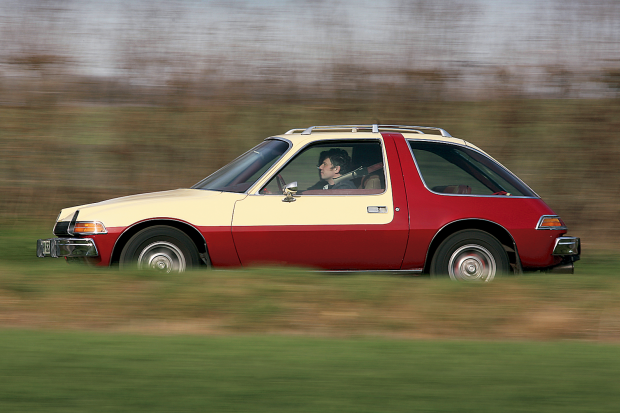 The initial home-market enthusiasm for the car had flagged significantly in 1977, despite attempts to shore up sales with a bizarre station wagon version (with fake wood along its flanks but more luggage space) and a faux Mercedes-style front grille.

If the Vega, Pinto and others of that miserable ilk have faded from the memory, at least the Pacer lives on in the collective consciousness as America’s answer to the Austin Allegro: as convenient and cuddly a symbol of everything that was wrong about the American motor industry in the ’70s as the Edsel is for the ’50s.