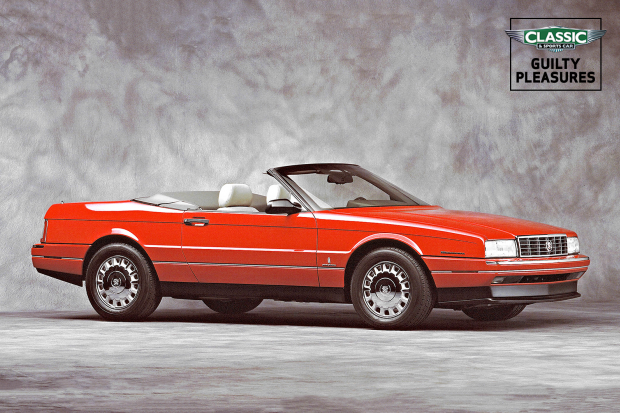 If, in the late 1980s or early '90s, you found yourself heartily sick of the competence and reliability of your beautifully engineered Mercedes SL then you might have bought yourself a Cadillac Allanté instead.

I've always half-fancied them, simply because they are not Mercedes SLs; I actually own a W129 SL and I'm not sure I really like it. Respect, yes. Like, no. It's sort of annoyingly good, although I've never counted myself among those who consider these '90s SLs pretty.

Thing is, though, I do like a lemon with a good juicy back story to it and in those departments the poor old Allanté ticks all the boxes; a rare, front-drive V8 with an Italian body and lots of flawed '80s Detroit technology that tried to run before it could walk. 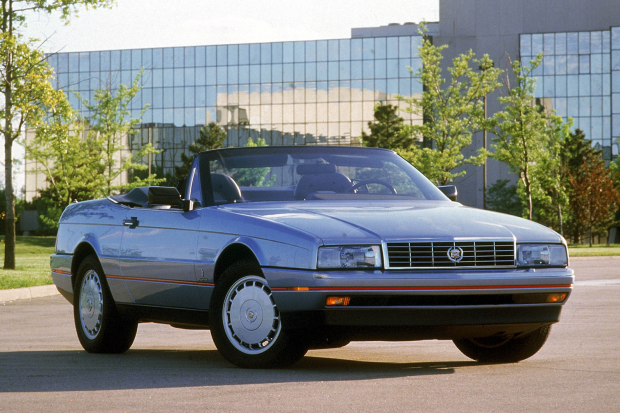 By then, of course, it was too late.

On the face of it, here was a clean, simple but undeniably glamorous two-seater, a luxury roadster built to displace the dominance of Mercedes in a class it had almost to itself for 20 years.

The name Allanté, by the way, is meaningless: it was just one of 1700 computer-generated names Cadillac could have used. It just sounded right. And in many ways the Allanté should have worked.

For the first time, Cadillac had chucked out the chintz and gone shopping for European ‘class’ via a bought-in Pininfarina-designed body that was not only styled in Italy but also produced in the coachbuilder's Turin factory.

Except – and this is the really mad bit about the Allanté – to build the cars each body shell had to be flown 7000 miles between Turin and Detroit. Twice, on three customised Boeing 747s that Cadillac called ‘The Allanté Air Bridge’.

No wonder the car was expensive. It hit the showrooms in 1987 at $50,000, with Cadillac predicting sales of 6000 a year. By the end of production, the official price was $64,000 – but in fairness the Allanté was by then the epitome of the phrase 'fully loaded', with its power seats and leather everything: the only option was a car phone. 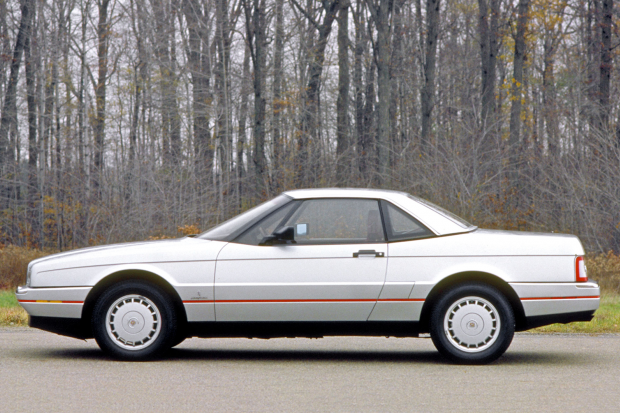 Cadillac product-placed the car on TV and in a film called Terminal Velocity, but the firm still struggled to sell 3000 Allantés as word got out about its dodgy, leak-prone hood. Pininfarina knew it leaked and wanted another year to develop it, but the Americans, eager for something to sell, pushed the design through before it was ready.

It was a decision that would haunt the Allanté for the rest of its days.

Cadillac recalled all the early cars to fix the leaks and spent the next five years up-rating its flagship car in the face of ever-diminishing sales. Bigger engines, air bags, whopping great sound systems and better hoods that didn’t leak couldn’t convince most rich Americans in search of a luxury two-seater that Cadillac could build a better Mercedes SL than Mercedes – and sell it cheaper.

The fate of the Allanté was sealed when Mercedes announced a new 500SL with a one-button power-top, a trick the Allanté could never manage. Despite updates for 1993, dealers were now selling the car at $15,000 under the list price. General Motors is said to have lost $24 billion on the project before finally giving up in 1993. 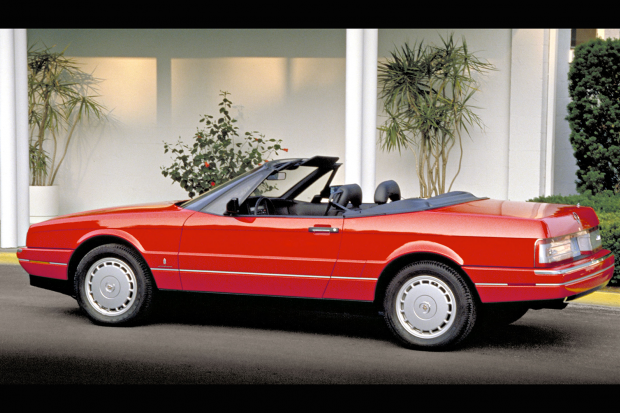 Now, like any rare car with an intriguing and troubled history, the Allanté has a strong fanbase – so my interest in the car is far from unique.

Enthusiasm and rarity does not equal big prices, though; £5000 to £15,000 seems to be the span of values. The last of the 295bhp Northstar-powered cars (with the speed-sensitive damping and traction control) must, logically, be fairly nice cars, but I couldn't say for sure as I have never driven one. In fact I've rarely even seen one in the flesh, as few escaped from North America in period.

Actually, I don't feel all that guilty for liking these or, indeed, the rather tasty 2002 Ford Thunderbird – a car which achieved everything the Allanté set out to do but did it rather better. However that's a subject for another day…

Want to buy an Allanté? We've got one in our classified listings here 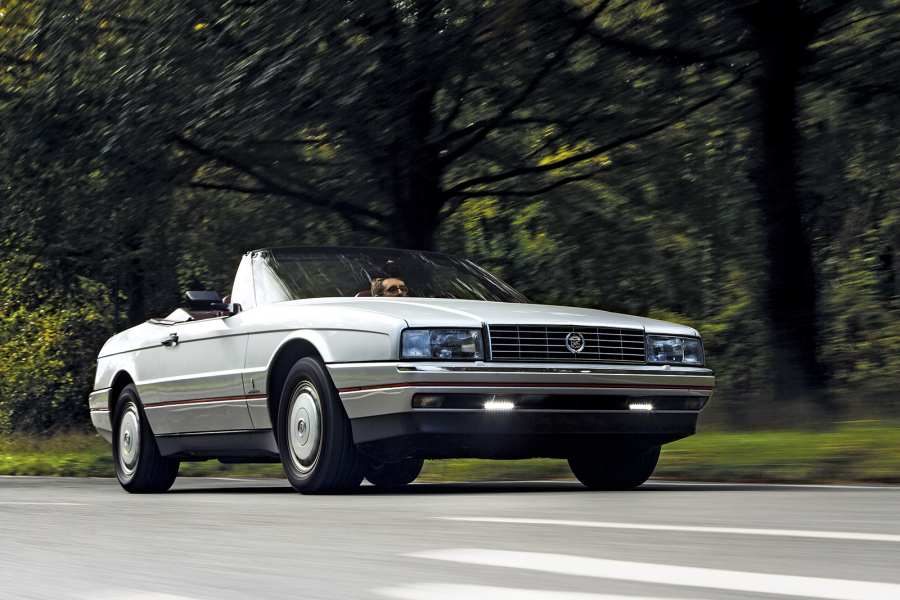 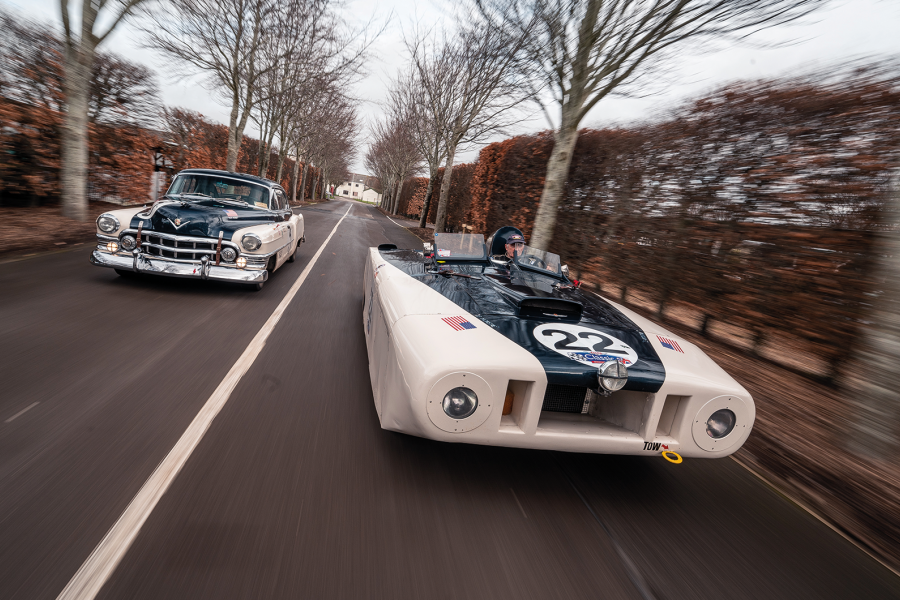