While not being a huge fan of Japanese cars in general I do allow myself a few exceptions; things like the original Mazda Cosmo, Toyota 2000GT and possibly the Datsun 240Z, although I wouldn’t go as far as wanting to own any of them now that they are worth proper money.

I have always been partial to a Japanese barge, however, be it Toyota or Nissan. As a kid, a friend’s dad had a Toyota Crown estate and I remember being fascinated by its pseudo-American styling and the fact that it had a coolbox in the boot and central locking.

It was big, soggy not all that fast and really the only thing it had to recommend it to anyone – like most Japanese cars in those days – was its sheer reliability and the number of gadgets it boasted for a relatively modest outlay. What else had a self-seeking radio and a remote boot release? The Toyota Crown Super Saloon, complete with coolbox in the boot

It’s decades since Toyota sold a Crown new in the UK, but the model is almost a national treasure in its native land, with a history that goes back to 1955.

The few that have survived here have tended to attract a particularly tenacious and blinkered following of mostly boggle-eyed zealots; one such individual was of the opinion that his Crown was far better than any Rolls-Royce, particularly the Phantom VI he drove for a living.

Funnily enough, Toyota UK struggled so hard to flog the car in its fifth, late ’70s incarnation, that they offered a free chauffeur’s uniform with every Crown they sold – a possibly unique inducement in the history of motoring. When I think of a Crown it is the fourth generation, 1971-74 version that pops into my head: the ‘step bonnet’, if you like, although it would be hard to imagine a car less Alfa-like.

They did 2-litre versions for Japan, but all the UK ones had a 2.6-litre straight-six that looked like a copy of the Mercedes ‘six’ and was closely related to the twin-cam found in the now-million-dollar 2000GT.

The Crowns never got much of foothold in the Granada market, for several reasons; one of them is that at the time there were still plenty of middle-aged people around who bore a grudge against the Japanese dating back to WW2.

Second-hand, they were a bit thirsty for the average tight-wad northerner to run, but they were very much the car of the pub landlord, perfect for running down to the cash and carry for a week’s supply of salt and vinegar crisps and pickled eggs.

Even as a 10 year old, the irony factor was not lost on me; I loved the fact they had a column shift for the auto ’box long after most European cars had abandoned such affectations and the sense that this was a vehicle with no aspirations in the realms of handling or ‘driver appeal’.

I pictured myself behind the wheel, revelling in the tyre squeal, battling with the understeer and watching hubcaps fly off in all directions. Fastback styling harked back to the AMC Matador Coupe

Like most big Japanese cars the Crowns got a muted press reception, although the estate was fairly useful with its seven seats and a load area second only to a DS wagon.

My view was that they were at least different: big and flashy with lots of gadgets to fiddle with, an important factor when you are years away from driving a car legally.

You never saw many of them even in period, least of all the 2-door pillar-less coupé version, its fastback styling a fairly obvious rip off of the late ’60s AMC Matador Coupe. 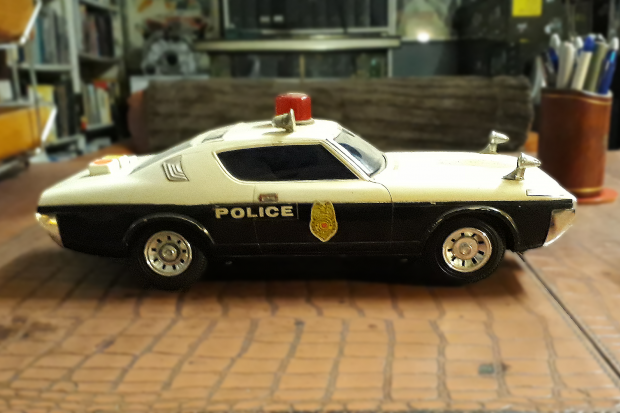 I’ve never owned one, and probably never will. My tribute to the Crown Coupé is thus limited to a big plastic model that lives in the display area of my Del Boy-style cocktail bar. It is in American Highway Patrol livery, although it’s hard to imagine any local sheriff buying a Crown Coupé in preference to any number of V8-powered, locally-produced barges.

I have only just noticed that my cop car Crown takes batteries and has three buttons on the boot lid (forwards, backwards and stop, presumably), so I might take it home tonight and give it a road test. Let’s face it, it’s likely to remain the closest I’ll get to driving one these days.

Remembering the Mazda Cosmo: a coupé for the space age 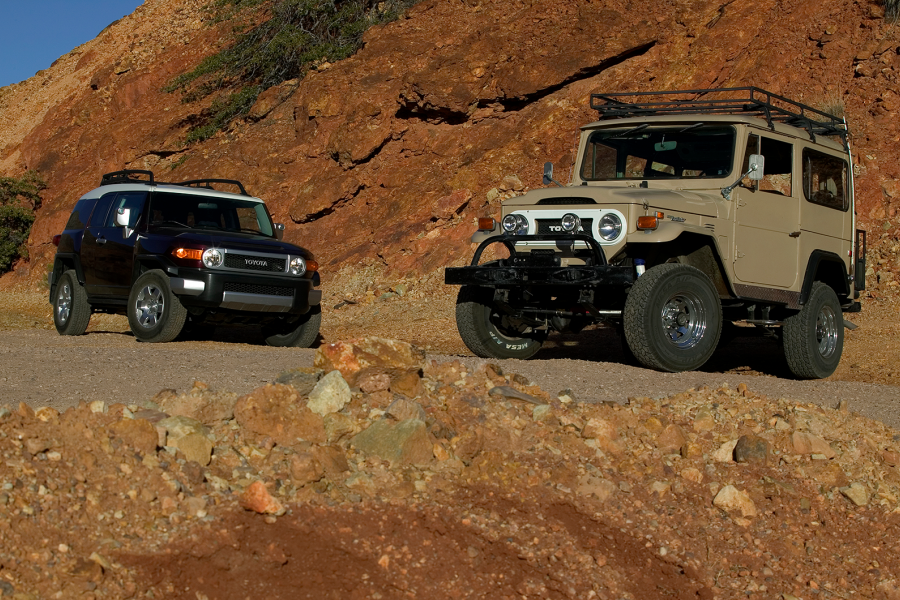 Why retro throwbacks are (usually) a bad idea