Motorsport memories: all change in ’89 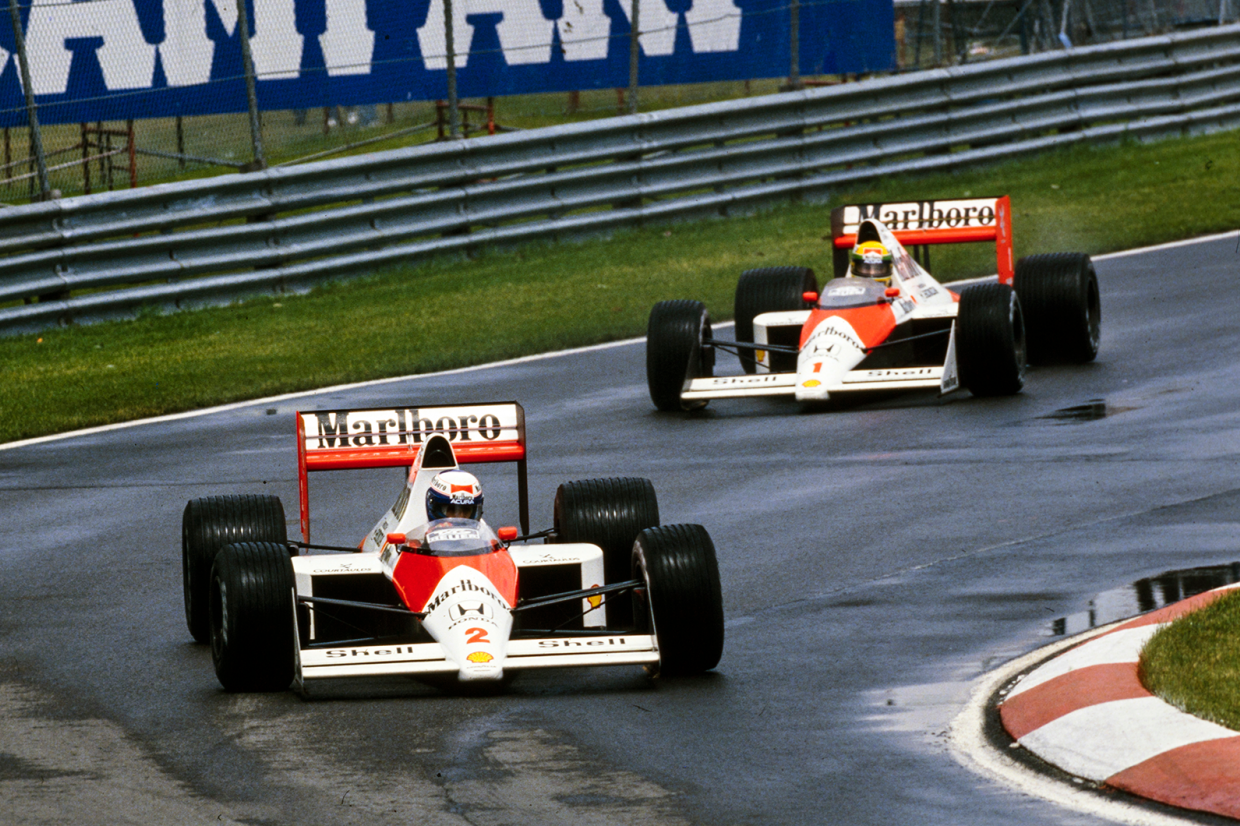 There was a controversial finish to the championship, a feud between its top two drivers, the introduction of transformative new technology, and giant-killing performances from talented underdogs who were able to compete with the big boys.

It’s hard to believe that it all happened 30 years ago but, while the basic premise of Grand Prix racing may have been the same as it is today, in any number of ways it was a completely different sport. 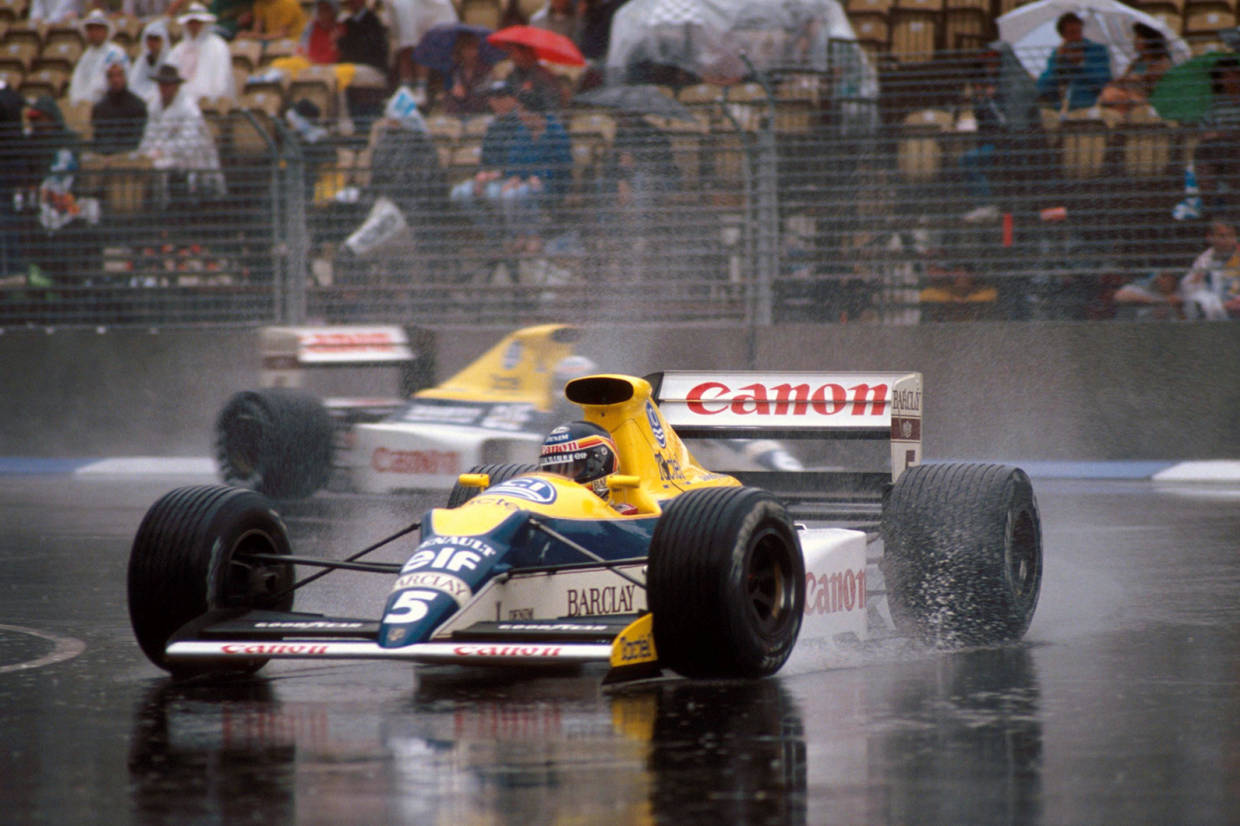 Boutsen was victorious Down Under in November ’89

For the most part, cars were still basically analogue and pure of line, with none of the fiddly aerodynamic add-ons that started to appear during the 1990s. There was also none of the electronic wizardry that’s packed into today’s cars.

But change was afoot. Ferrari’s John Barnard had come up with a semi-automatic gearbox that was operated via paddles behind the steering wheel.

Maranello politics were in full swing, and some at the Scuderia were vehemently opposed to the new technology.

Barnard had the backing of his drivers, though, particularly new recruit Nigel Mansell. Even so, as the season approached, hopes were not high that the initially unreliable system would last for more than a few laps at a time.

Remarkably, and against all expectations, it held together long enough for Mansell to win first time out in Brazil – instantly becoming a hero of the tifosi in the process.

He won again in Hungary in what was one of his greatest drives, and in a few short years the semi-automatic gearbox became standard fitment. 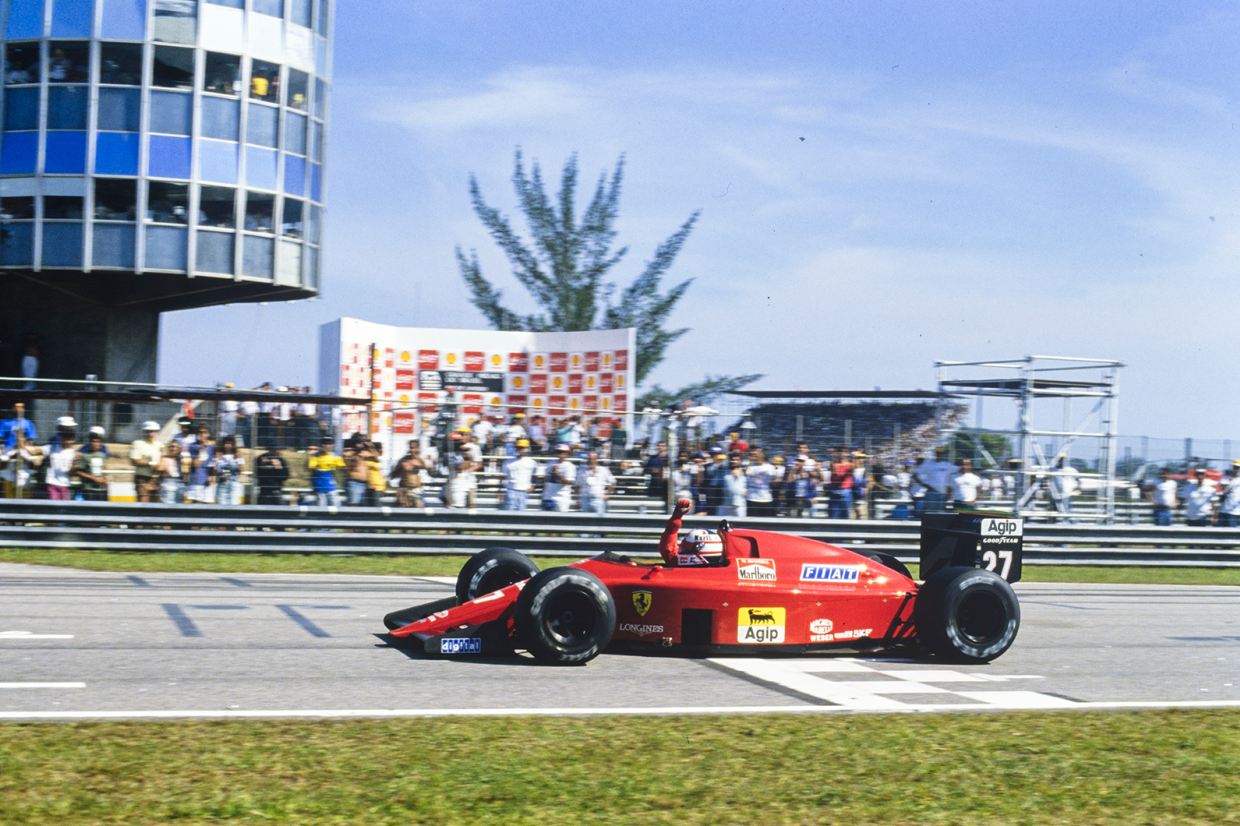 While Ferrari had that technology to itself for now, across the grid there was a marked change in exhaust note from the latest generation of cars.

For the previous few seasons, the only exception to the muted growl of the turbo engines had been the bark of a Cosworth V8.

But with turbos having been banned for 1989, fans were treated to a variety of sounds. Judd, Yamaha and Cosworth built V8s for the new regulations, Honda and Renault went with V10s, and Ferrari and Lamborghini designed howling V12s.

René Arnoux had won seven Grands Prix in turbocharged Renaults and Ferraris, but this would be his final season in Formula One. Sadly, he spent most of his time getting in the way of the leaders as they came up to lap him.

At Monaco, Alain Prost lost huge chunks of time behind the Ligier, and on the BBC coverage Murray Walker offered an explanation: “Prost has yet to take his fellow Frenchman, René Arnoux, who says, ‘The reason I’m going so slowly these days is that I’m used to turbo cars, and these normally aspirated-engined cars are a very different kettle of fish to drive’.”

Walker then handed the microphone to his fellow commentator James Hunt, whose thoughts on the matter were succinct: “And all I can say to that is, bullshit.” 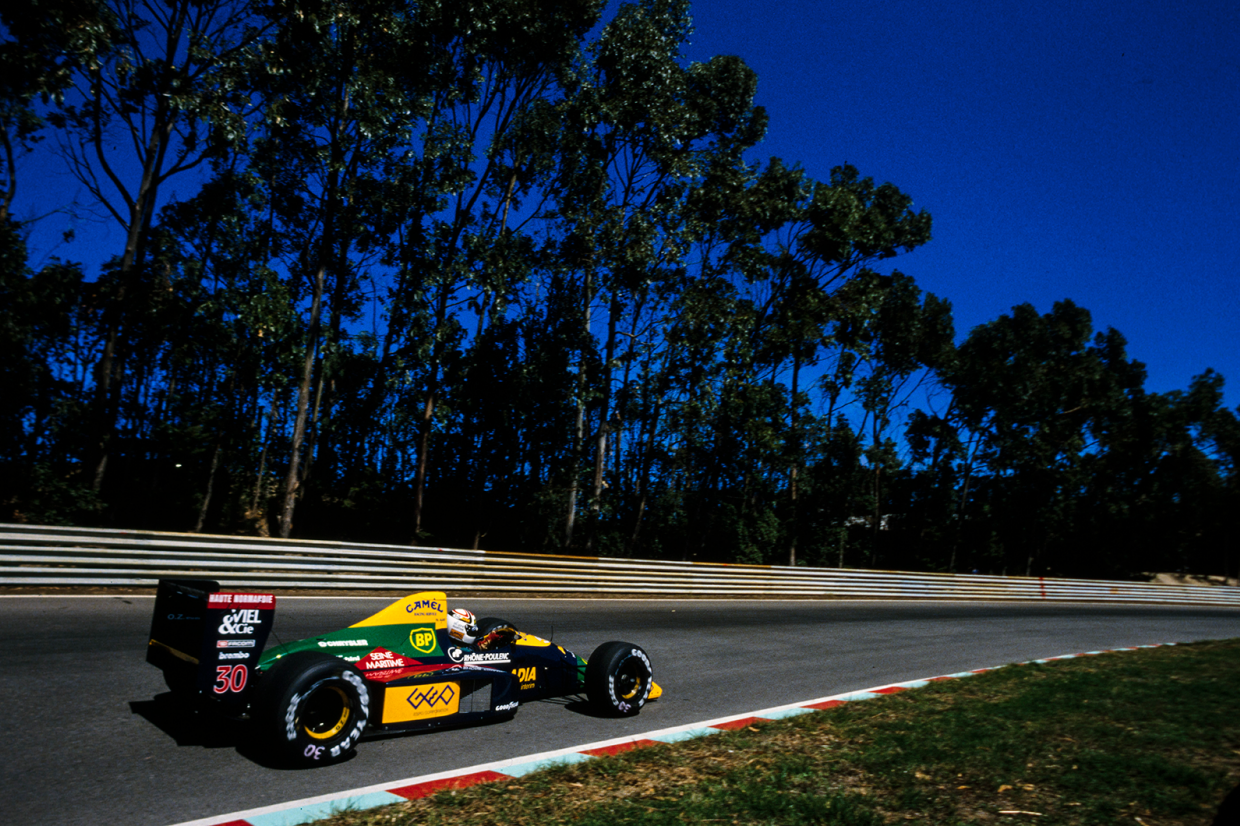 Lola and Lamborghini are names that have been lost from F1, here together at Estoril with Philippe Alliot at the wheel

Over and above the cars themselves, perhaps the biggest difference between then and now is that Formula One was by no means the ‘closed shop’ that it would later become.

In comparison, 1989 was a glorious free-for-all. A total of 47 drivers took part in Grand Prix weekends during the season, after no fewer than 20 teams signed up for the championship.

The sheer size of the entry – with 39 cars going for 26 grid positions – meant that a standalone one-hour pre-qualifying session was required. 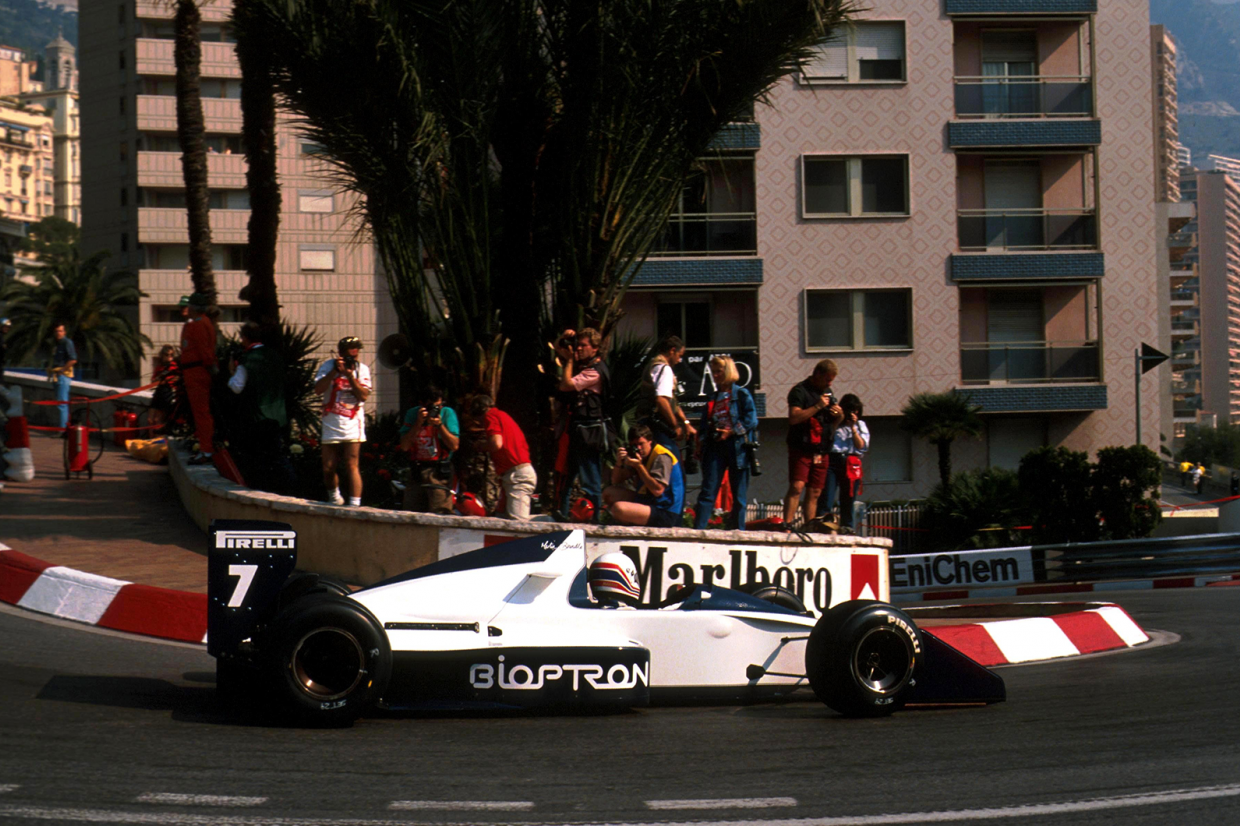 Brundle survived pre-qualifying to take sixth at Monaco in 1989

Thirteen cars were forced to take part – those who’d been least successful in 1988, plus any new or returning teams – with the top four going through.

Pre-qualifying was held at 8am on a Friday and was ruthlessly unforgiving. You couldn’t afford to have a mechanical issue or for the driver to make a mistake on a track that was often damp and dirty.

The margins were tiny. In Monaco, Martin Brundle’s Brabham claimed the fourth and final spot by just 0.021 secs. In Germany, Michele Alboreto’s Larrousse edged out the AGS of Yannick Dalmas by 0.001 secs…

For those who didn’t make it, their weekend was done by 9am on Friday. For some of those who did, however, there was the chance of going on to post a strong result.

Having just about made the cut in Monaco, for example, Brundle then qualified fourth and finished sixth. His teammate Stefano Modena crossed the line third, while their fellow pre-qualifier Alex Caffi was fourth in his Scuderia Italia Dallara.

And consider the up-and-down conclusion that Stefan Johansson had to his season. He failed to pre-qualify his Onyx in three of the last four races, but he made it through in Portugal and promptly finished third! 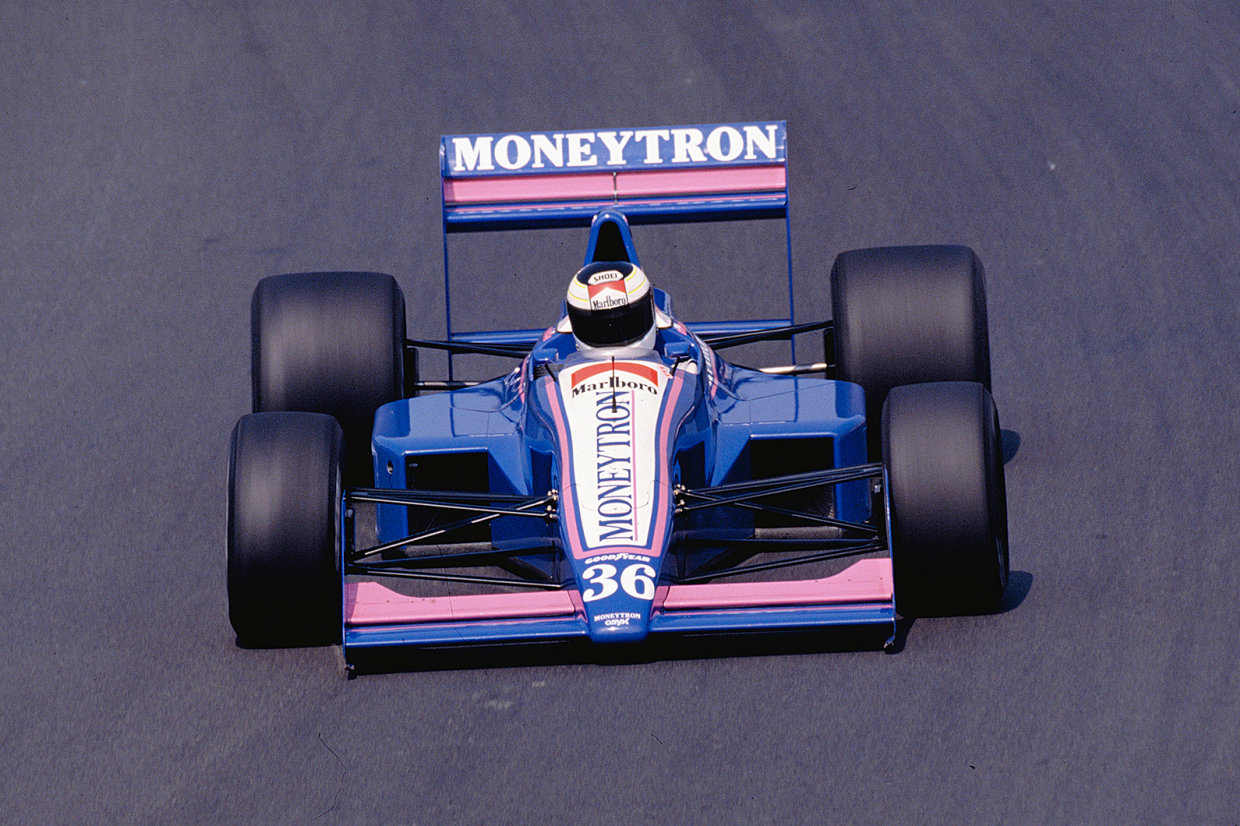 There were those who were never going to trouble the front-runners – Aguri Suzuki failed to pre-qualify his Zakspeed at all 16 races – but the presence of so many cars and drivers gave Formula One a diversity that has long since disappeared.

It also lent Grand Prix weekends an unpredictable edge, even if – in terms of race wins – the two McLarens always started as the overwhelming favourites.

Yet behind the scenes, all was not well between Alain Prost and Ayrton Senna. At Imola, Prost felt that Senna broke an agreement not to race each other into the first corner, and thereafter the relationship fell apart spectacularly and irrevocably.

There was no way that they could be in the same team beyond 1989, and Prost duly signed for Ferrari. The announcement was made shortly before the Italian Grand Prix, which the Frenchman went on to win.

During the podium ceremony, he lowered his trophy into the hands of the adoring tifosi – a move that incensed McLaren boss Ron Dennis. The atmosphere in the team sank further. 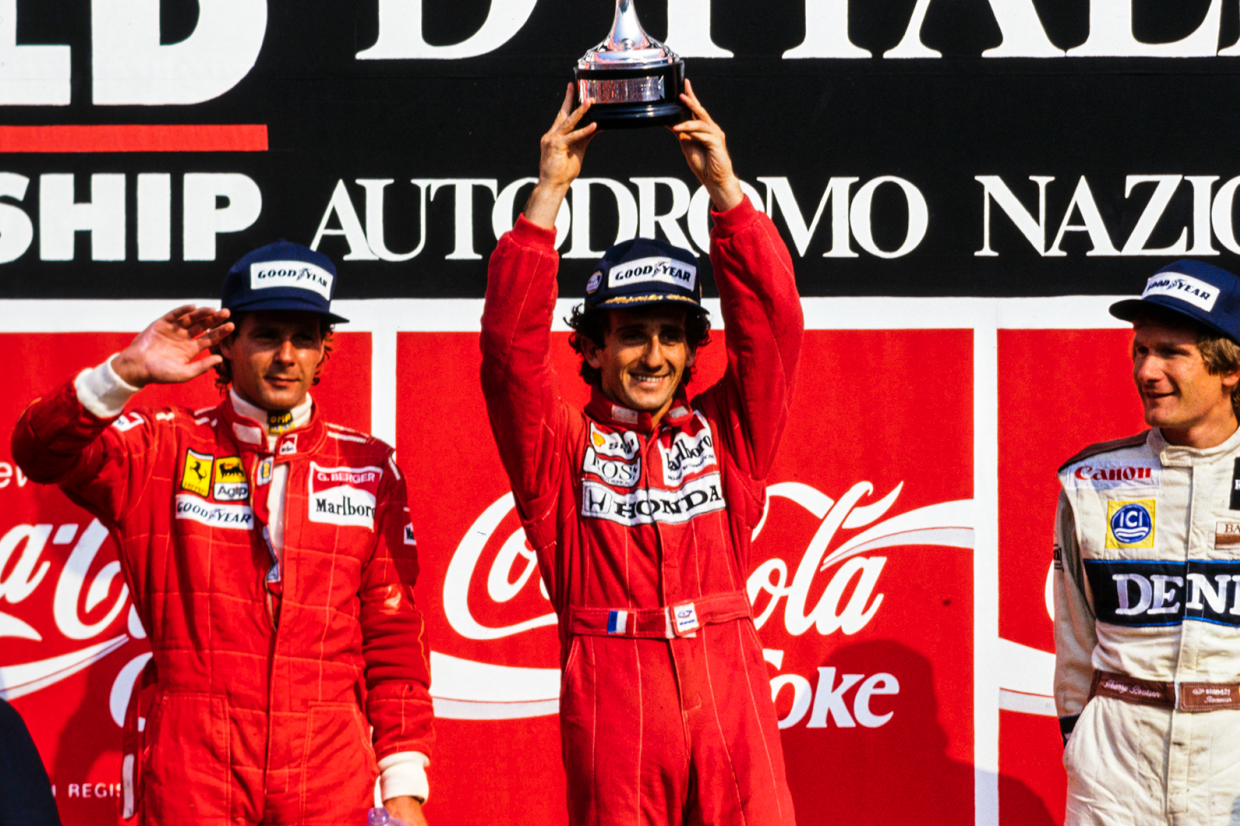 Prost claimed the top step of the podium at Monza

It came to a head at the penultimate race in Japan. After a superb duel between the two top men in the sport, Senna lunged down the inside of Prost at the chicane with just over six laps to go.

It was an optimistic move that required Prost to make room. He didn’t, and the two cars collided before sliding into an escape road.

The Frenchman hopped out, but Senna stayed put. As the marshals pushed him out of harm’s way, he selected a gear and bump-started the McLaren, rejoining the action with a damaged nosecone.

After a quick pitstop to fit a new one, there was just time for Senna to chase down and catch Alessandro Nannini’s Benetton. He crossed the line believing that he’d taken the victory that kept his title hopes alive, but no.

Instead he was disqualified, the popular Nannini bounded onto the top step of the podium and, after an appeal was rejected, Prost was declared world champion. 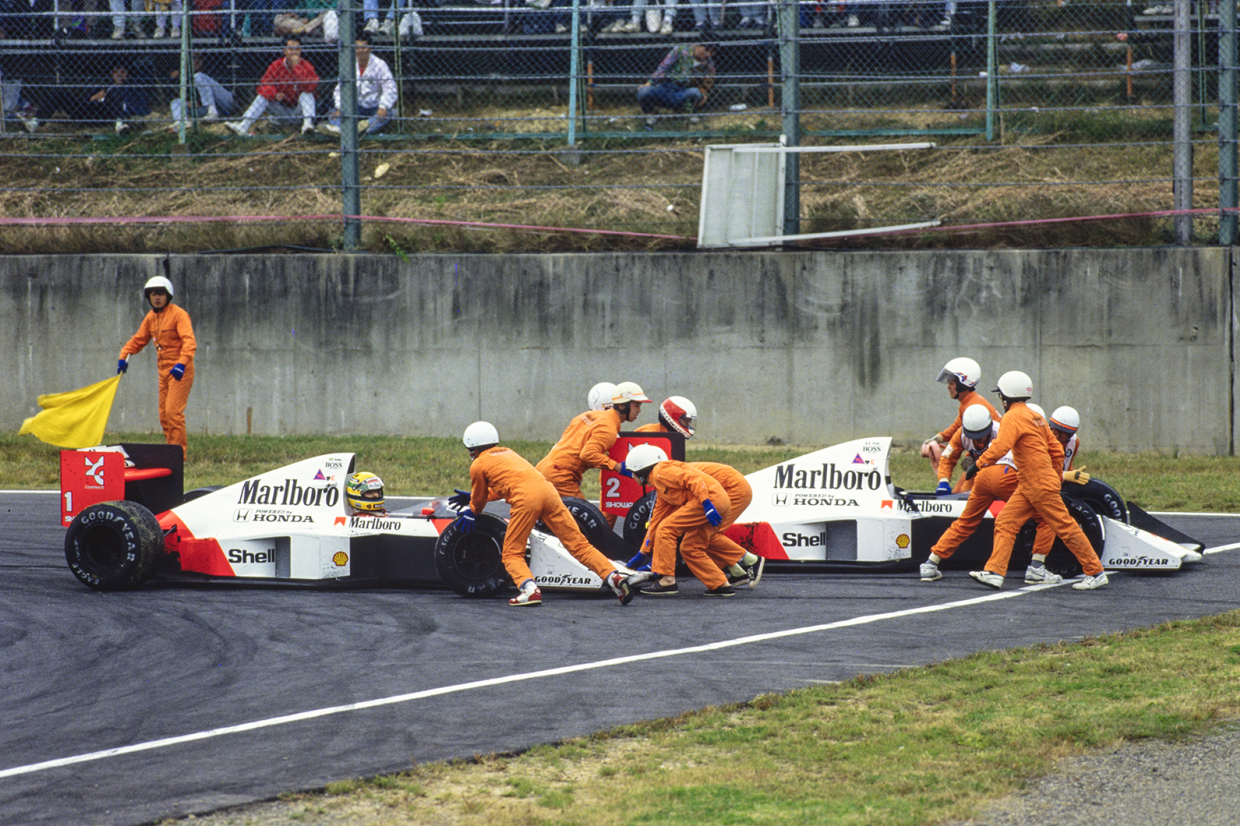 That now-iconic Prost-Senna clash at Suzuka ’89

It was an unsatisfactory end to a season that reached its conclusion in Adelaide two weeks later.

Boutsen was the last man standing in dreadful conditions that, in 2019, would have led to the race, at the very least, being started behind the safety car.

Prost considered it too dangerous and pulled into the pits after a single lap. Senna had no such qualms, but while his commitment gave him a huge lead – more than 20 secs after three laps – it also led to his downfall.

Continuing at almost unabated speed, he failed to see Martin Brundle’s Brabham in the spray and hit the back of it. 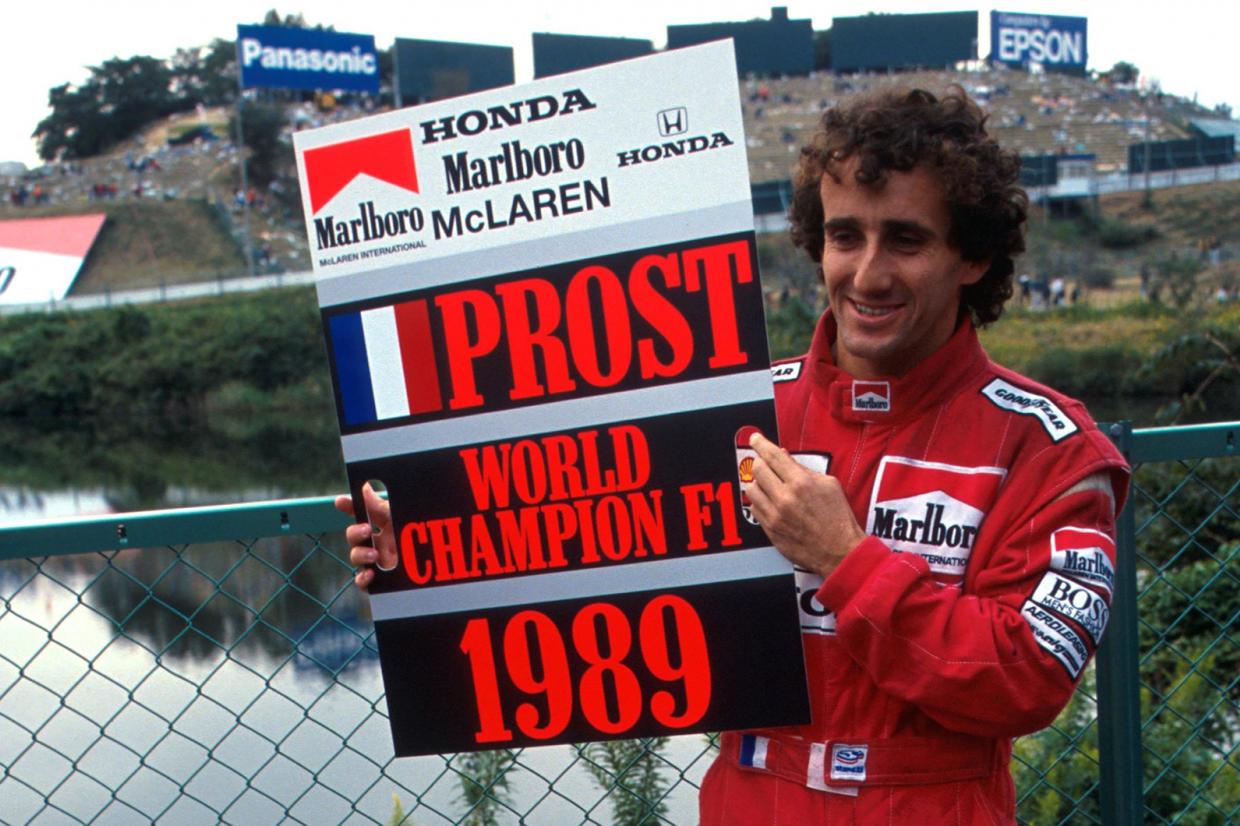 As the dust settled on a turbulent and exciting season, the top three finishers in the Constructors’ Championship were McLaren, Williams and Ferrari.

Thirty years later, they are the only three that survive in the same form.

Great names such as Lotus and Tyrrell have disappeared, and there’s no longer a place for those underdogs who occasionally punched so far above their weight – Scuderia Italia, Brabham, Onyx and Leyton House.

No doubt Bernie Ecclestone would describe it as progress, but there was an appealing simplicity and accessibility about Formula One in 1989 that has steadily been lost over the intervening years, and which the sport’s current owners would do well to learn from.