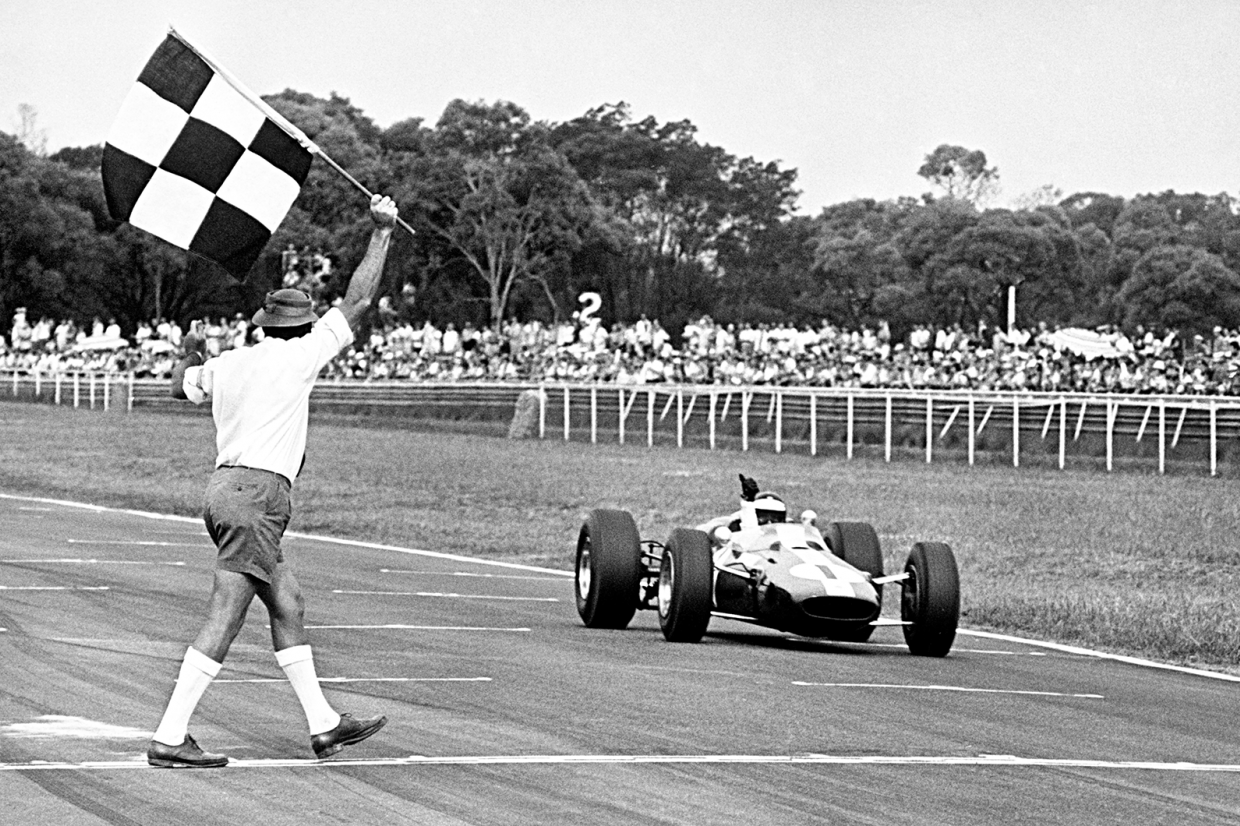 Another Formula One season has recently come to an end, and no doubt – to borrow a phrase from the late Clive James – the drivers will be returning to Monaco or Switzerland to ‘have candlelit dinners with their accountants’.

Some would head for South Africa, others to the Temporada series in Argentina, but during the second half of the 1960s the most popular and highest-profile choice was the Tasman Series. 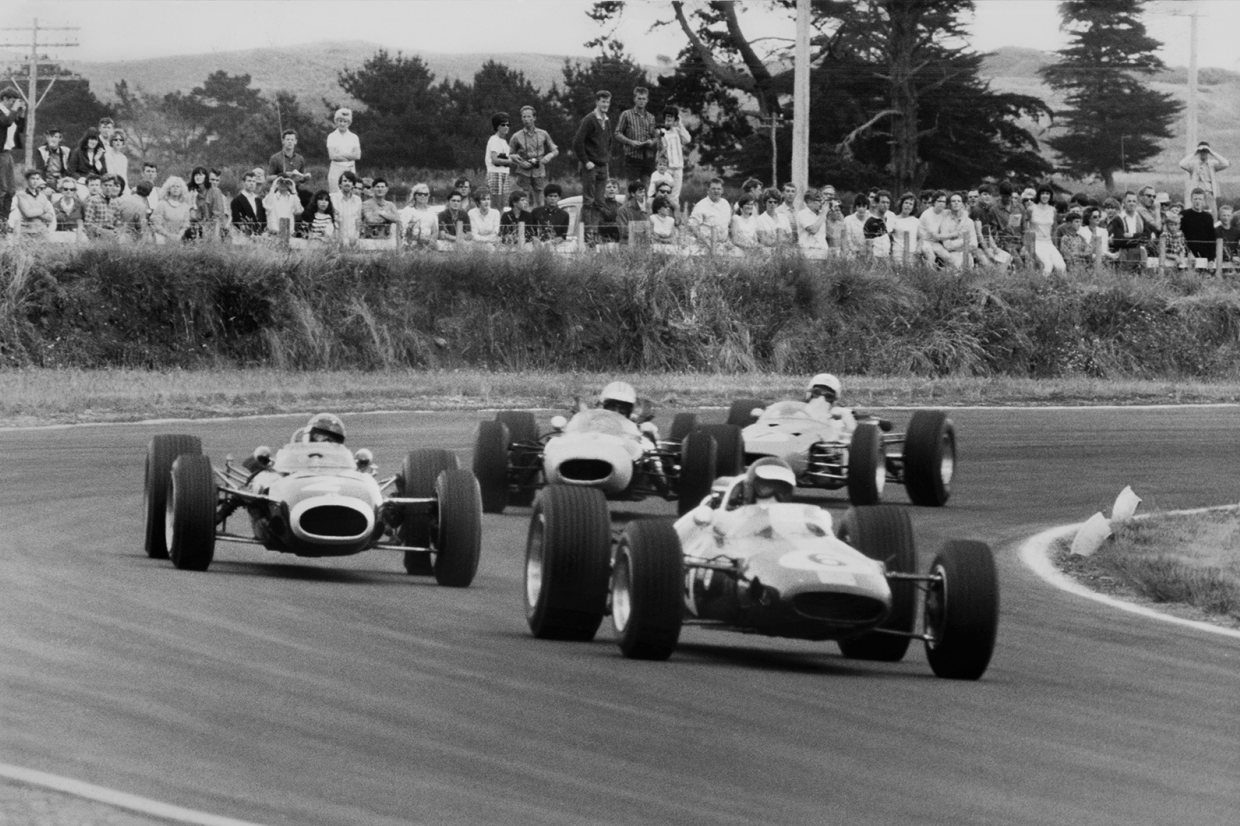 With a relaxed schedule of races in Australia and New Zealand, a hot climate to enjoy, and an all-pervading sense of off-season relaxation, the Tasman Series was a hit with the top drivers of the day.

No one would deny that it was serious competition – the list of champions includes Bruce McLaren, Jim Clark, Jackie Stewart and Chris Amon – but still it was a world away from the stresses and strains of the Grand Prix season.

Held at the height of summer in the Southern Hemisphere, it grew out of a collection of standalone races in Australia and New Zealand.

Even before those races were organised into an official entity in 1964, big names such as Stirling Moss had been making the long trip Down Under. 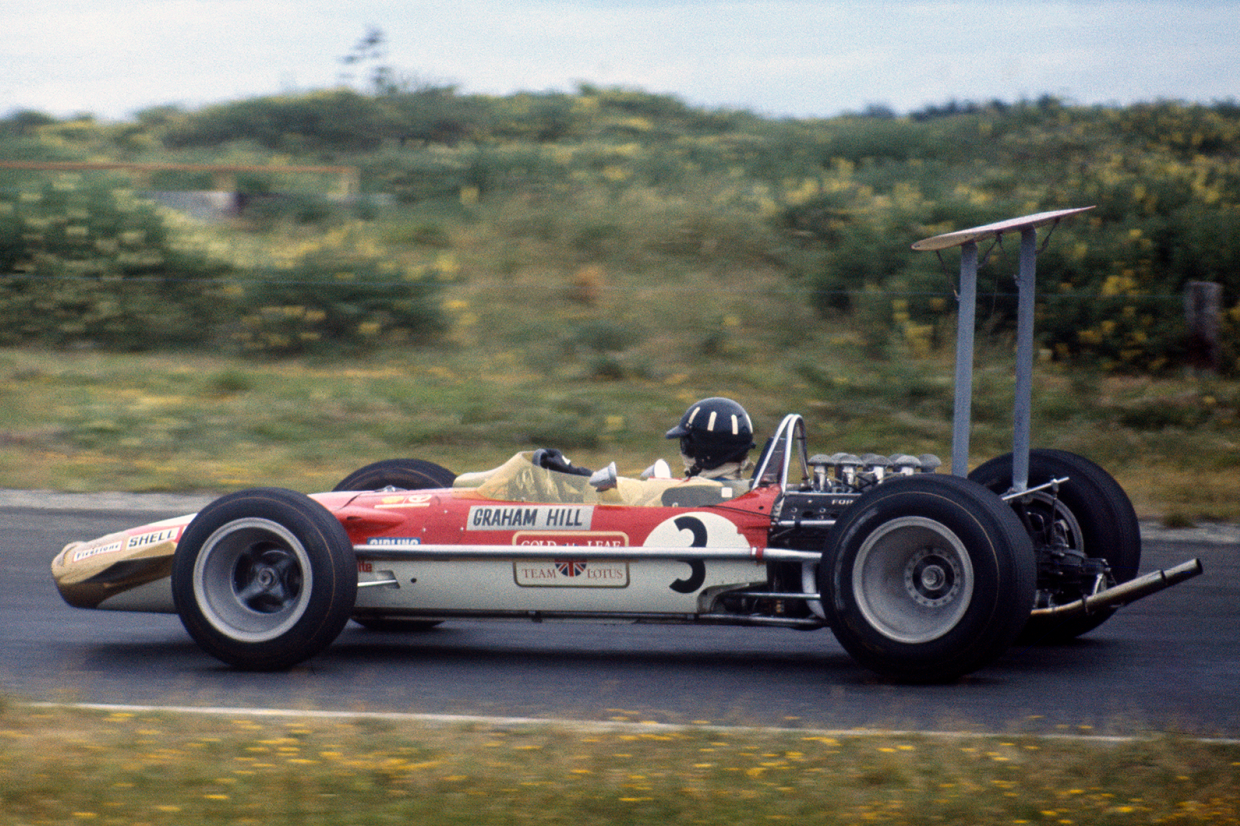 The unmistakable Graham Hill (Lotus 49B-Cosworth) in action at Lakeside

Throughout its 1960s heyday, the rules specified 2.5-litre single-seaters. This was a period in which Formula One ran 1.5-litre and then 3-litre powerplants, but no matter – engine builders would simply create Tasman-spec units that could easily be dropped into the back of existing chassis, such was the value of the series.

Antipodean drivers enjoyed a particularly high profile at that time, trailblazer Jack Brabham being followed by the likes of Bruce McLaren, Amon, Denny Hulme and Frank Gardner, and their European rivals were only too happy to head south for the winter.

Graham Hill once described it as ‘one of the most enjoyable aspects of my motor racing life’. He first took part in 1961, and over the years he was introduced to water-skiing, shooting and golf while he was there.

Despite the fact that he seemed unsure about the local beer – ‘terribly fizzy, full of gas and ice cold’ – Hill keenly embraced the way of life in Australia and New Zealand and became a Tasman regular. His best results came in 1966, when he entered only five of the eight races for BRM, but managed to win two of them. 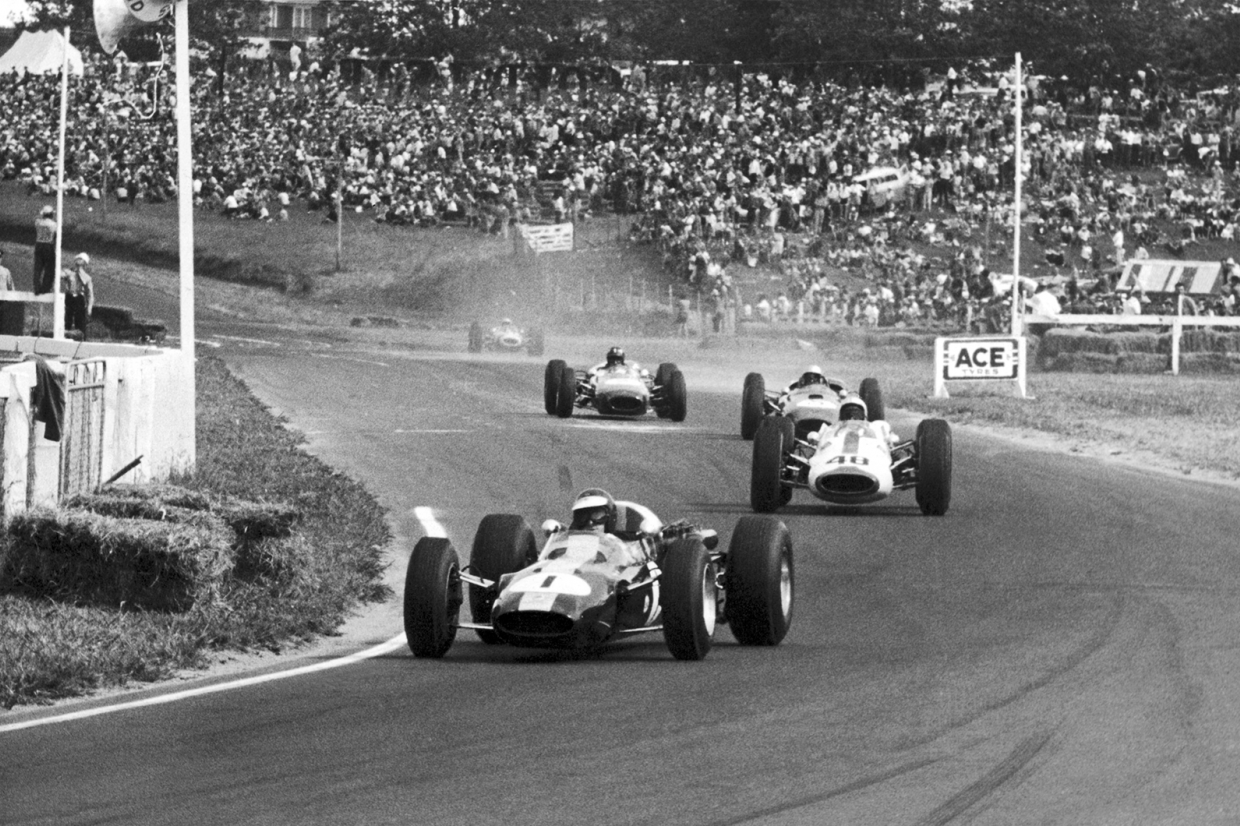 Like Hill, Jim Clark first made the trip in 1961. The young Scot had never been that far afield, and flew out via America with John Cooper, John Surtees, Reg Parnell and Innes Ireland.

Demonstrating how far airport security has come in the intervening years, Ireland carried with him a .280 rifle because he was keen to take advantage of the shooting on offer in New Zealand.

On that initial visit, Clark was impressed with the local organisers but less so with the rough and ready state of some of the circuits.

When he returned in 1965, the second year of the official Tasman Series, he was much happier and duly won at Levin, Wigram, Teretonga and Warwick Farm to comfortably claim the title from 1964 champion Bruce McLaren.

Clark won it again in 1967 and 1968, the latter marking the first appearance for the Gold Leaf sponsors’ livery that Lotus would eventually introduce to Formula One. 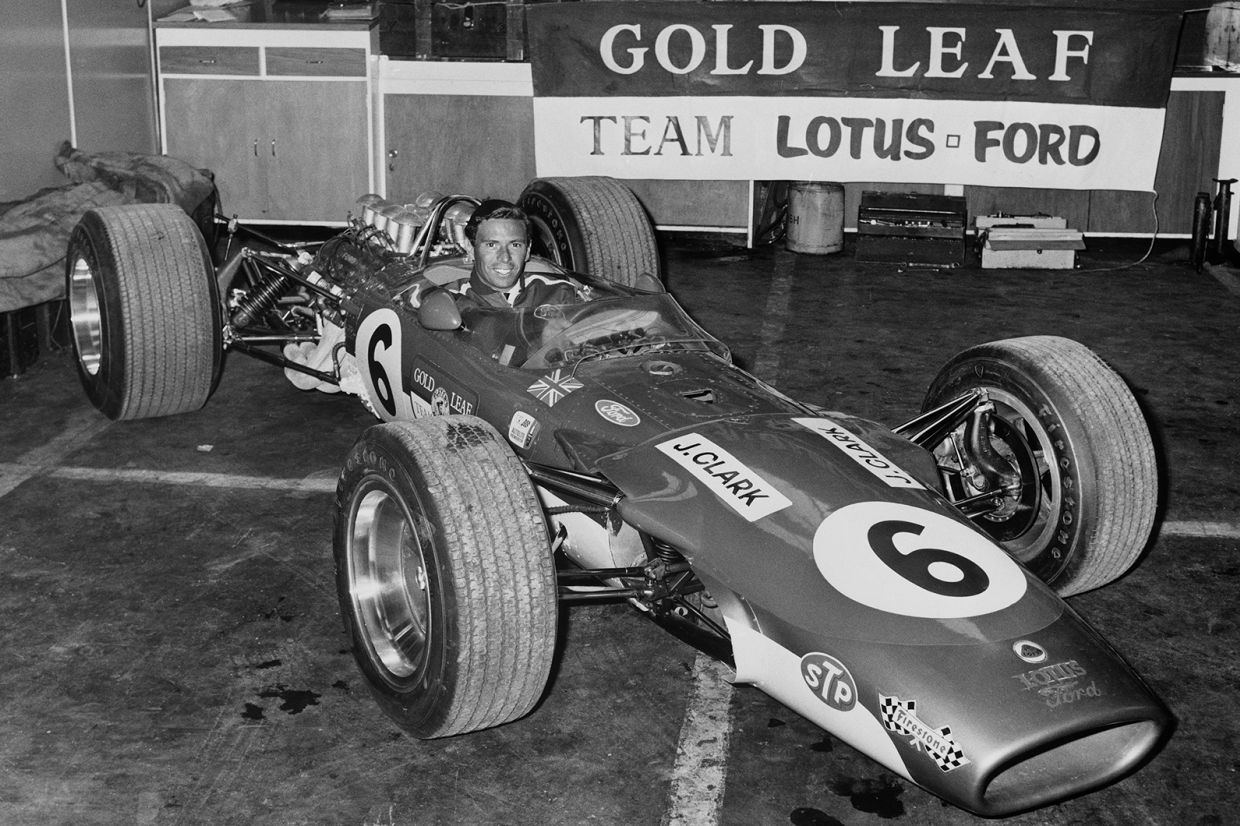 The Tasman Series also provided drivers with an opportunity to shine, to catch the attention of team bosses when other options were slim on the ground.

Following a difficult 1967 season that had mixed occasional Formula One outings in a Reg Parnell BRM with a Formula Two campaign for John Coombs, Piers Courage had few prospects for 1968.

He therefore turned his attention to the Tasman Series, but he’d have to find a way of funding it himself.

Coombs gave him an old McLaren M4A and said that he could pay for it when the series was over.

Start money would give him £1500, and Dunlop gave him another £1500, but he was still £7000 short. The family brewing company stumped a bit, his father gave him a £2000 loan, and gradually Courage managed to scrape together the required budget. 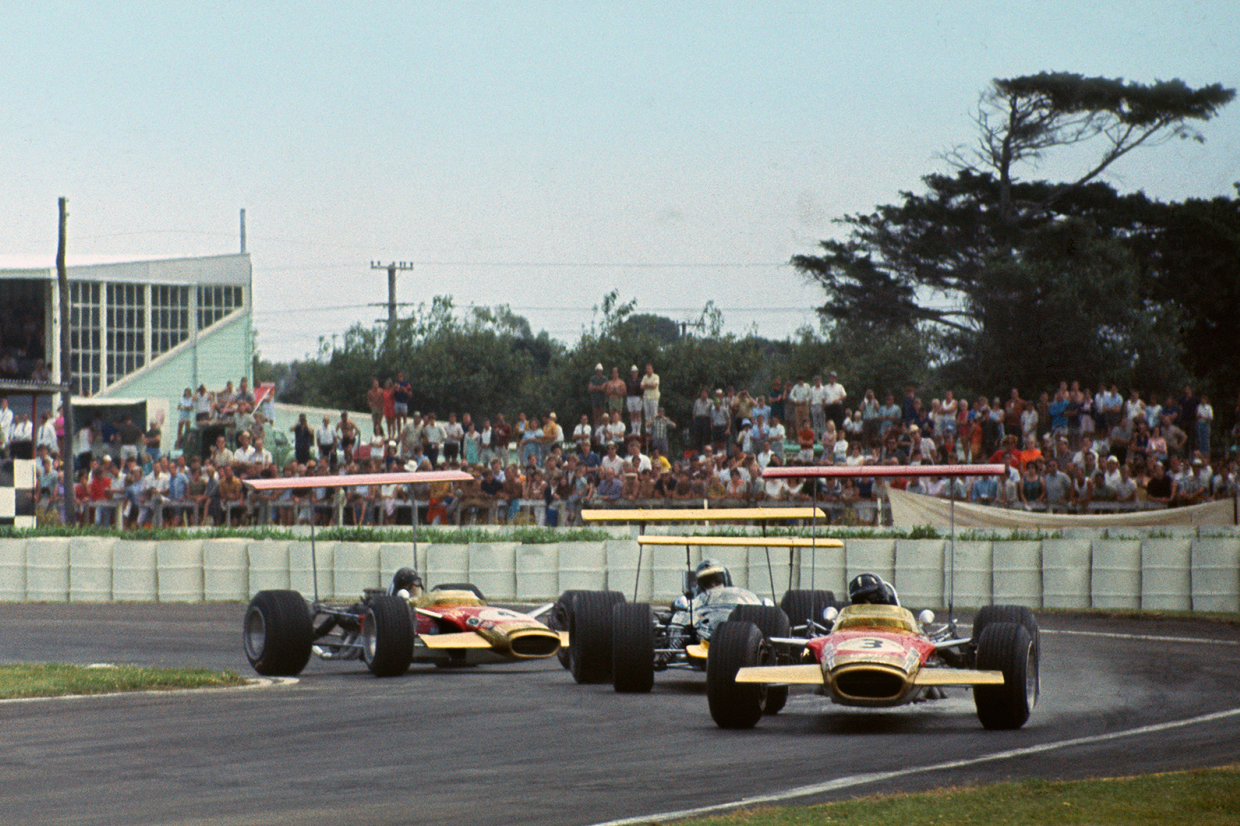 It was worth it. Despite having only a 1.6-litre Cosworth FVA engine in the back of the McLaren, Courage finished third at Pukekohe behind Amon’s works Ferrari and Frank Gardner’s Brabham-Alfa.

Amon won again at Levin, and this time Courage came through to second.

The young Brit was gaining in confidence all the time. His stock was rising, and most importantly the prize money was flowing in.

He was a persistent thorn in the side of Amon and Lotus drivers Graham Hill and Jim Clark, and in the final round at Longford he finally broke through. 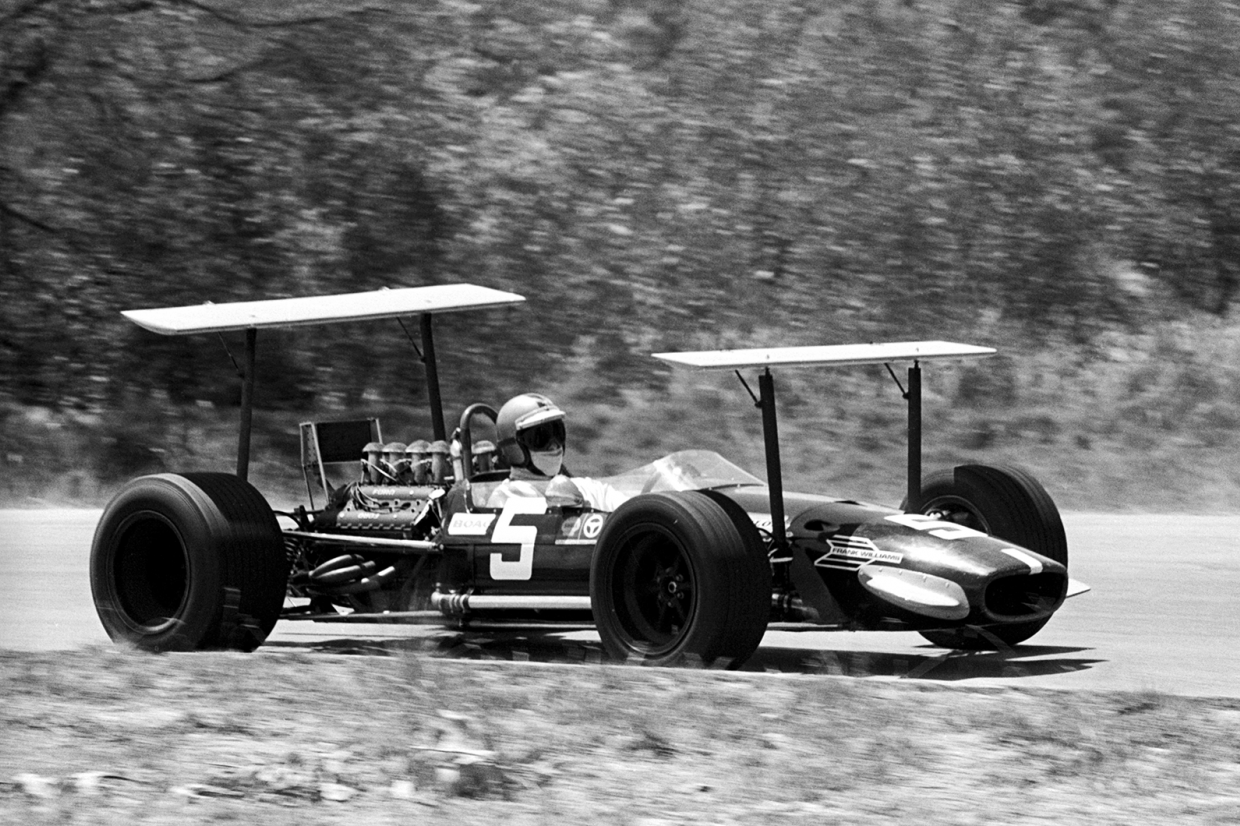 Longford was a fast, dangerous road circuit that crossed bridges and railway lines, and to make it worse it rained on race day.

The start was delayed after one of the bridges had been set alight by vandals, and the race reduced from 28 laps to 15, but Courage was in his element.

After starting sixth, he quickly made his way to the front and won from Pedro Rodríguez and Frank Gardner.

While Clark claimed the overall series, Courage was third in the standings and had restored both his reputation and his finances. 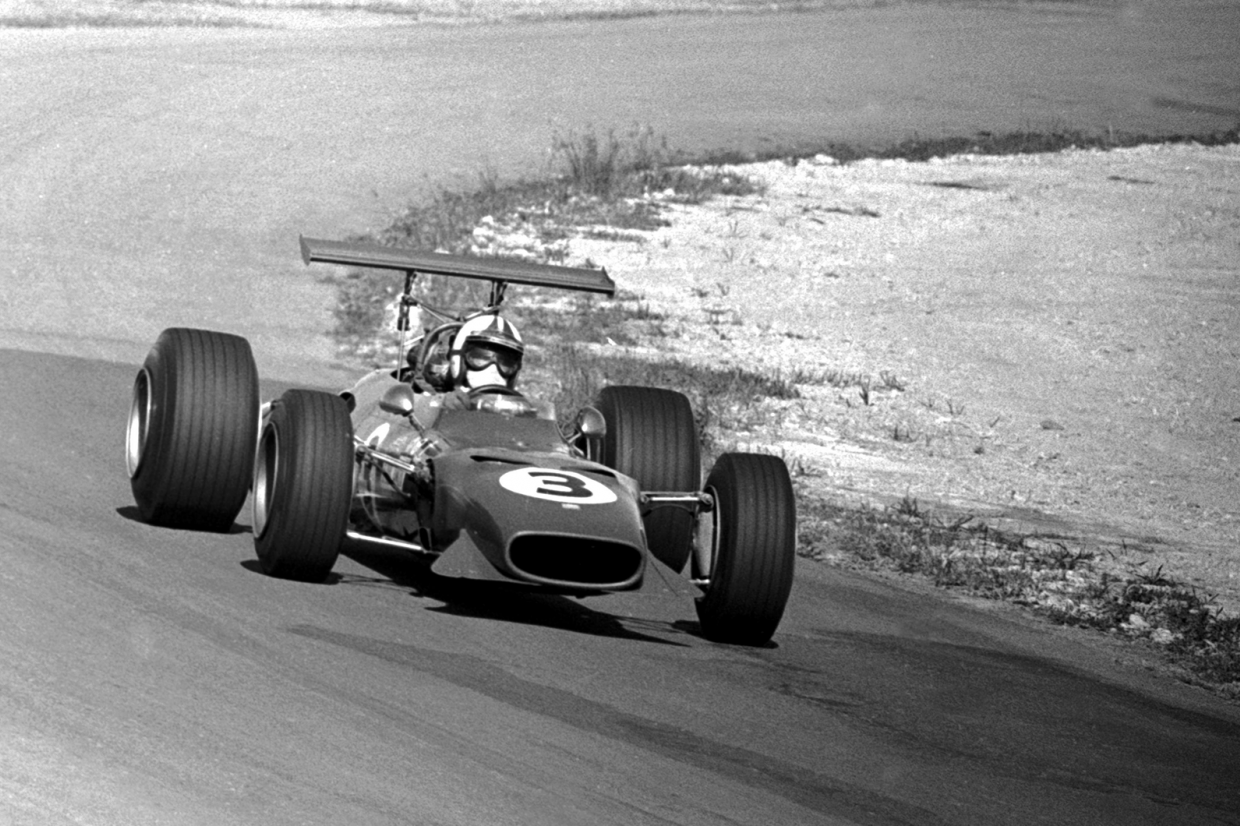 He returned in 1969, as did Amon, who had Derek Bell as his team-mate for Ferrari.

Graham Hill – competing in the entire series for the first time – and Lotus new boy Jochen Rindt also made the trip, but they all had to give best to Amon, who claimed four wins and a comfortable victory in the championship.

That turned out to be the last of the truly international Tasman seasons with top works teams and drivers.

For 1970, Formula 5000 cars were eligible, but nonetheless Graeme Lawrence claimed the title at the wheel of Amon’s little 1969 Ferrari.

Homegrown drivers dominated in the absence of big names such as Hill, Courage, Rindt, Amon, McLaren, Hulme and Stewart.

Those big names never returned, and the final Tasman Series was held in 1975. 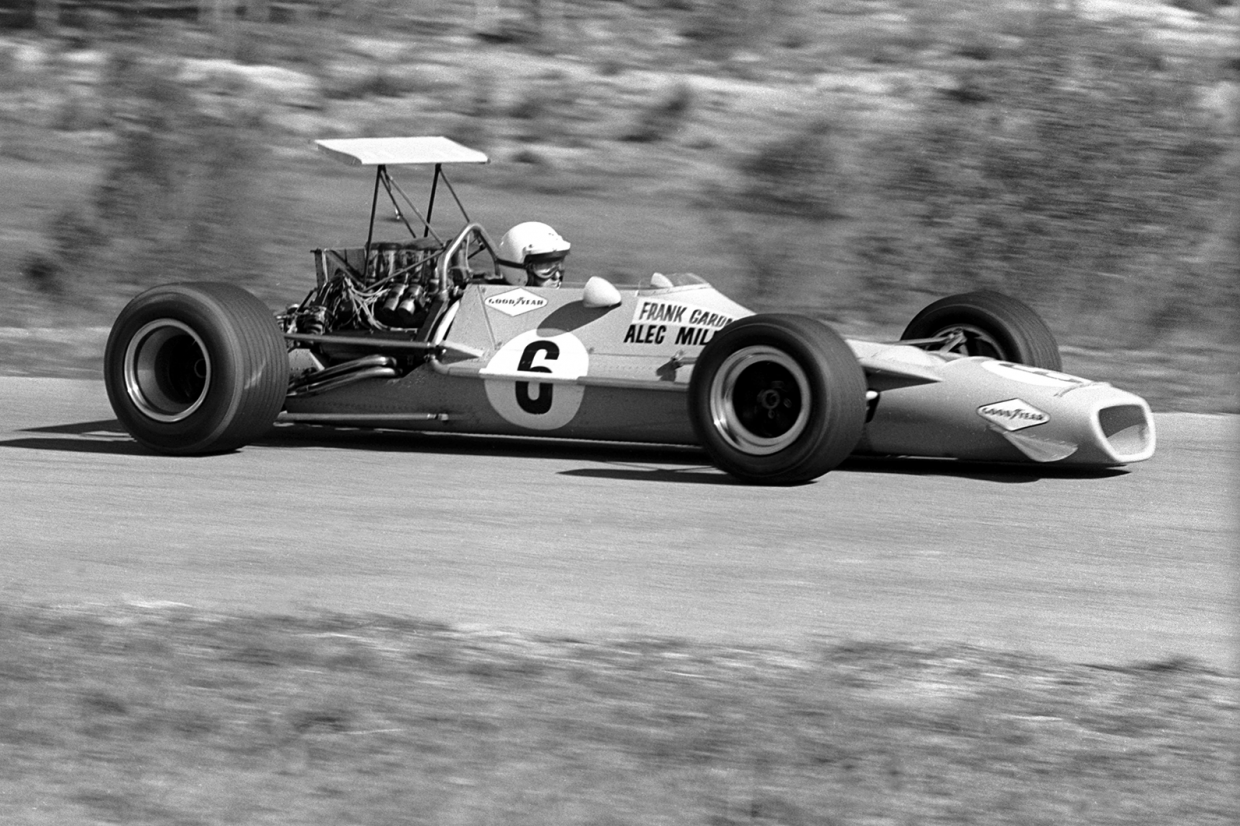 It’s been a very long time since Formula One drivers have felt the need to jet off to sunnier climes so that they could keep racing through January and February.

To look at pictures of Clark working on his Lotus in the Warwick Farm pit lane, or playing a makeshift game of cricket in Chris Amon’s back yard, is to be reminded that much has changed in top-level motorsport.

Jaguar D-type vs Aston Martin DB3S: Won for the road

Lola Mk6: the forgotten car at the heart of Le Mans ’66