The problem with collecting cars – and how to do it right 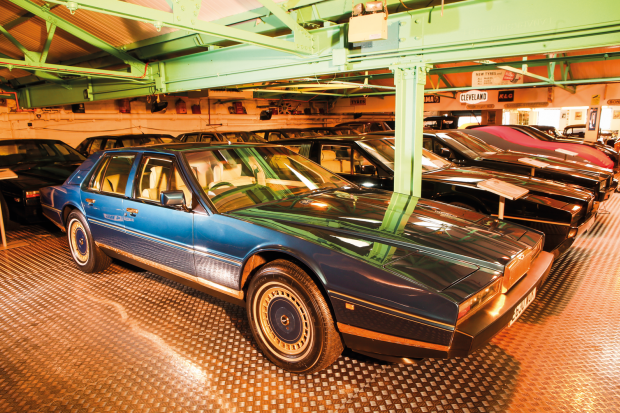 A friend of mine got slightly upset the other day when he was described as a ‘classic car collector’. It wouldn’t bother me, but I know what he means. See, he regards himself – and indeed is – an enthusiast, someone in it for the ups and downs of ownership.

‘Collector’, on the other hand, conjures images of reclusive billionaires with dozens of mint ‘trophy’ classics entombed in climate-controlled hangars.

Wearing a velvet smoking jacket, this sort of collector might occasionally contemplate his SLs, Miuras and 540Ks, but will almost certainly never drive them.

Equally, it could bring to mind a slightly unhinged loner with a field full of Austin Maestros. While they might consider themselves enthusiasts, they are really just hoarders who would rather see their cars return to the soil than let anyone else have them. Maybe Maestros are not a good example, but in both cases the object is possession rather than enjoyment of the cars.

In both cases the object is possession rather than enjoyment of the cars. Is that a bad thing? Not always – but you have to do it right. 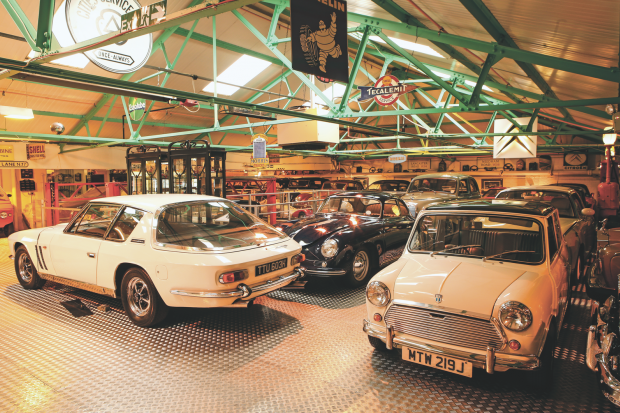 Properly curated and covered, a varied car collection can be a joy

The truth is that most classic car people are ‘collectors’ by default, because owning one elderly car inevitably leads to the purchase of another. You don’t mean to, it just happens.

But what if you set out to have a ‘collection’? By that I mean assembling a hit list of cars you’ve always wanted, acquiring them as and when funds allow.

A true collection is anything in excess of four; more than that requires a level of commitment that a non-petrolhead is not willing to put in.

I’ve not owned fewer than four cars since I was about 23, so am in a reasonable position to give advice here, having learned my lessons the hard (and expensive) way.

I suppose I’m a bit of changed man: I’m disciplined rather than frivolous in what I buy, and from chaos a passion for organisation has emerged, so I now keep a notebook in every car to keep on top of emerging issues. 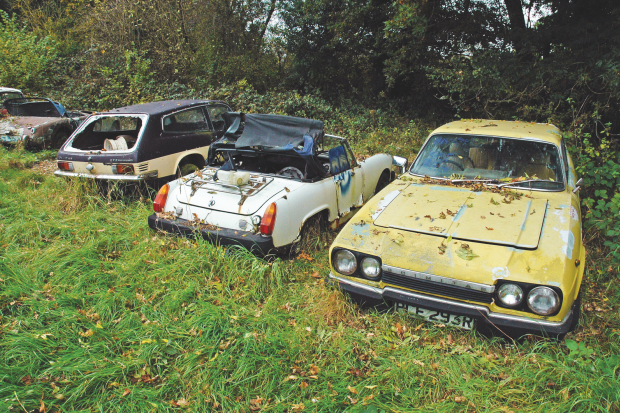 This is what happens when a collector goes too far – you have been warned!

The key is having somewhere to keep them, of course. There’s nothing like assembling the fleet in one secure, dry place, but if it has to be an empire of lock-ups then so be it.

What you can’t do is keep them outside: old cars leak, your insurer won’t approve, and having six or seven decaying Hillman Hunters on the drive won’t impress the neighbours.

From there it’s but a short step to gearboxes stashed under the bed and cylinder heads hidden in the bathroom. Believe me, I’ve seen it. 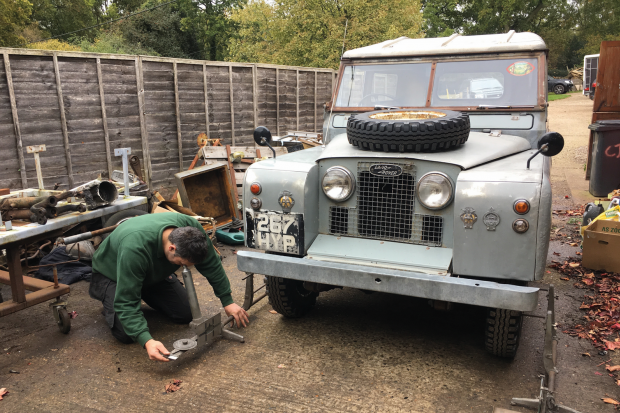 ‘Patch-as-you-go worked in the happy-go-rusty ’70s and ’80s, but the cars we love are now old and frail’

You could beg space from friends and relatives, but after a while you’ll run out of luck: a pal of mine left a 6.9 Mercedes on his mother’s (slightly sloping) drive for months, unaware that an injector was leaking fuel into a cylinder. The resultant hydraulicing when he fired up the Benz trashed the engine.

Events like that are a classic example of the ‘running’ restoration descending into anarchy: ‘patch-as-you-go’ worked when these cars were younger in the happy-go-rusty ’70s and ’80s, but many of the machines we love are so old and frail that it’s a case of preserving the good, original stuff and restoring the rest.

Ah, restoration. Assuming you’ve somewhere to keep your ‘collection’, make sure you only have one project on the go at a time: too many in bits is a one-way ticket to disillusionment. 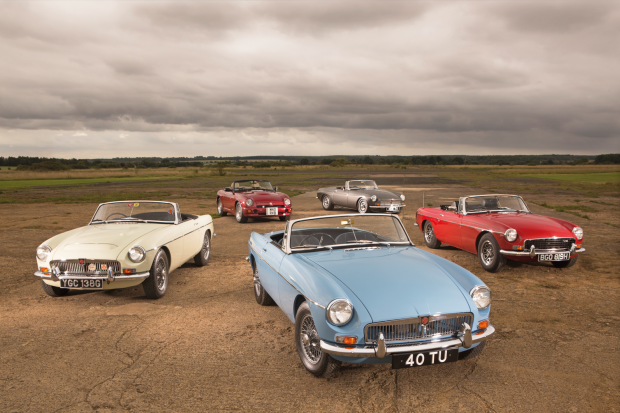 I’m not here to tell you what you should and shouldn’t buy, but I’d caution against having too many of the same thing to avoid descending into a blinkered obsession.

I have a couple of mates who do this; one has about 20 cars of the same make, and half of them the same model. When he finally acknowledges the futility of it all and has a clearout, he proceeds to get rid of all the more interesting stuff he should (in my view) hang on to in the interests of balance.

He is also a bugger for the ‘distraction’ purchase: rather than sort out the projects that are clogging up his storage he simply buys something else!

For all this, the man in question is also a good example of heart being in equal partnership with head. He buys what he likes, buys well and generally emerges on the right side of the deal.

Along with a mobile, breakdown cover and a good mechanic, my friend – like me – also has an understanding spouse: a vital element in all this (if you actually want to stay married).

Want to start your own classic car collection? Head over to our classifieds section now!

10 appreciating classics and what you should pay for them