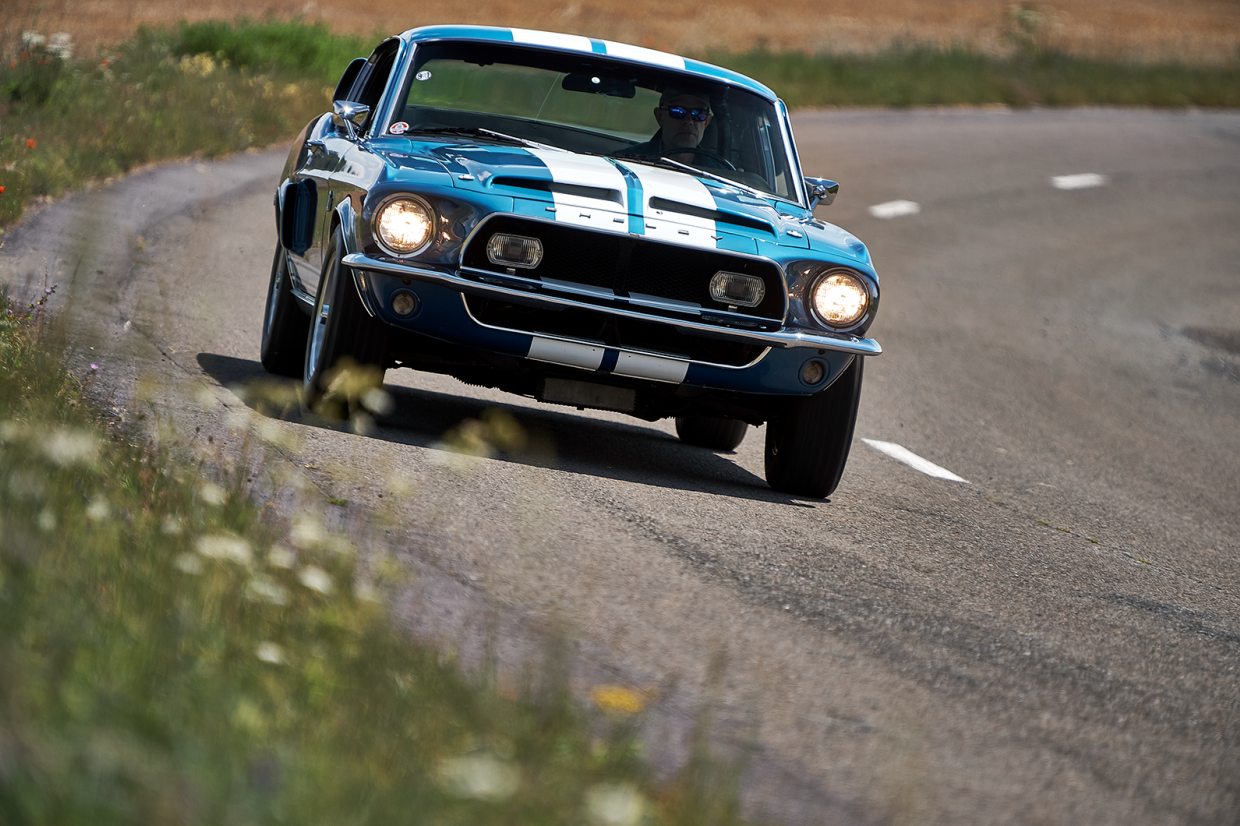 Spa-Francorchamps, Belgium, and the highest point of one of the most famous and awe-inspiring race tracks on the planet.

At the end of the Kemmel Straight, Porsches turn and pass by on the hallowed Tarmac having climbed the steep slope of Eau Rouge, exited Raidillon and torn down the long straight. The cars tumble through Kemmel before braking hard to plunge into the chicane and Les Combes.

A few decades ago this chicane didn’t even exist; instead, the drivers continued on and arced left, at full speed, to dive into the 14.1km – 8.75 miles – of the old circuit from this spot where we sit, with hands on the steering wheel of an American automotive icon: a Shelby GT500 KR. 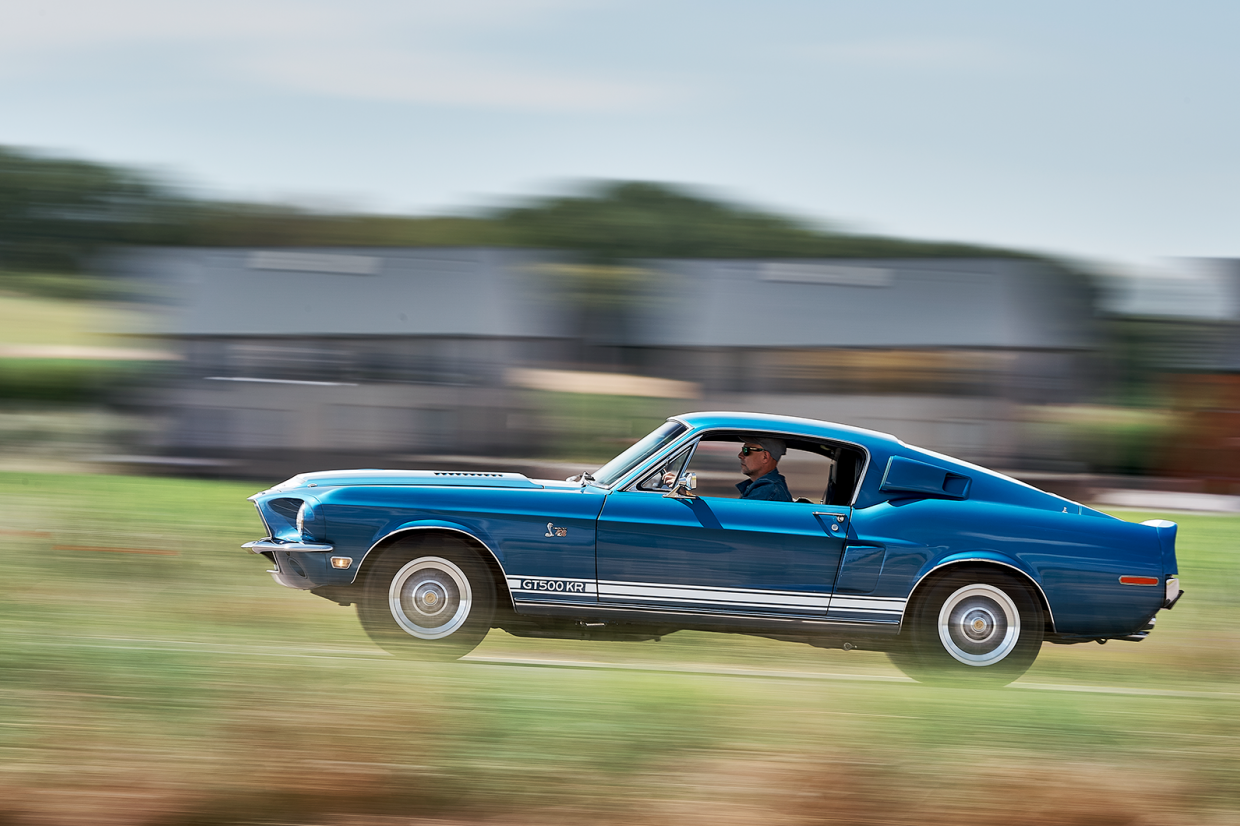 With a quarter-turn of the key, the mighty Cobra Jet V8 snorts into its cavernous rumble, all seven litres of it, with a four-barrel Holley 735cfm carb providing a carefully metred supply of fuel and fresh air.

The engine, revised and corrected by Carroll Shelby’s team in 1968, certainly knows how to make itself heard.

This particular GT500 KR – the last two letters announcing to all that it is the ‘King of the Road’ – spent a large proportion of its life back home in the USA, basking under the Californian sun. 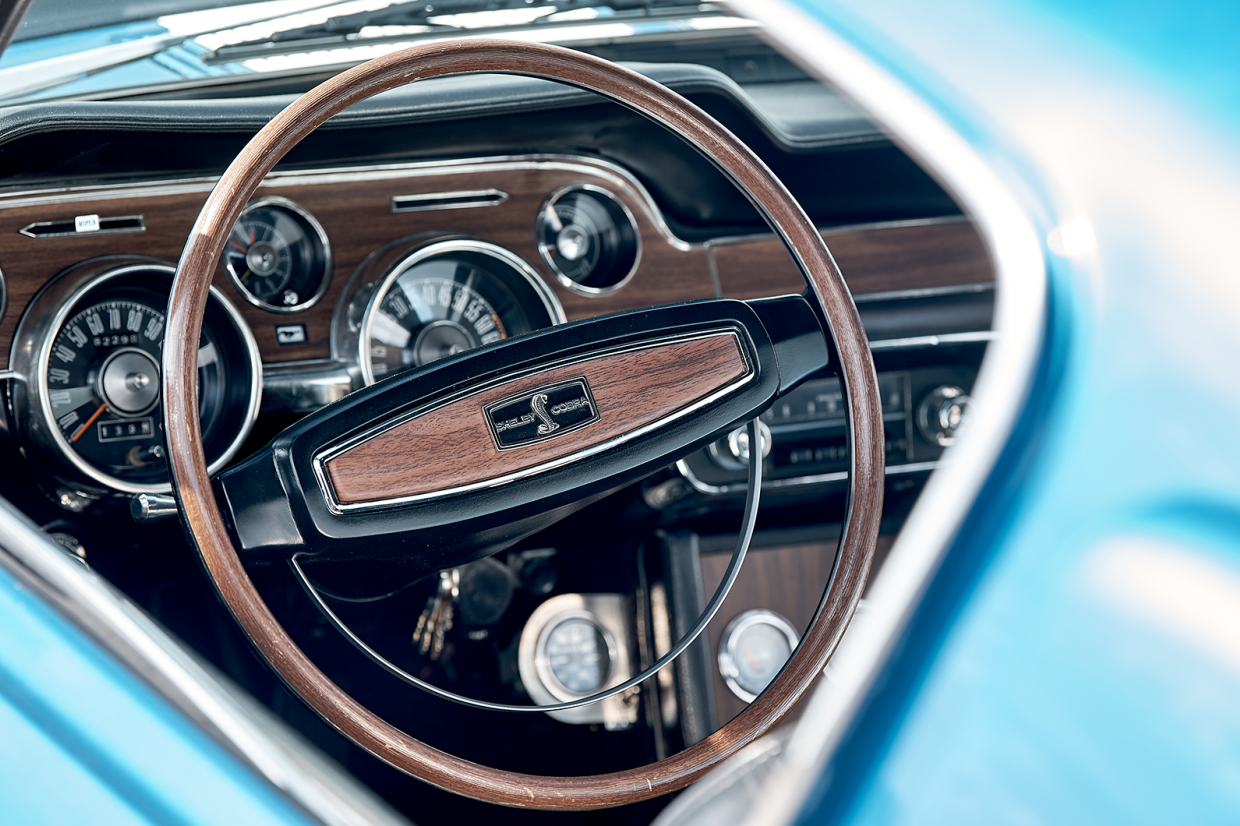 Completely original, even down to the paint, it presents the marks of time in the form of discreet cracks and blemishes. To fix them or to treat this car to a new livery would lose one of its greatest assets, its unique patina.

The interior is also in factory condition, with its black seats that combine leather and vinyl, its padded steering wheel and wood-effect dash representing the most luxurious standards of Ford production at the time.

On the glovebox, meanwhile, in bright white ink, is the signature of Shelby himself – an addition no doubt coaxed from the brilliant Texan by a previous owner. 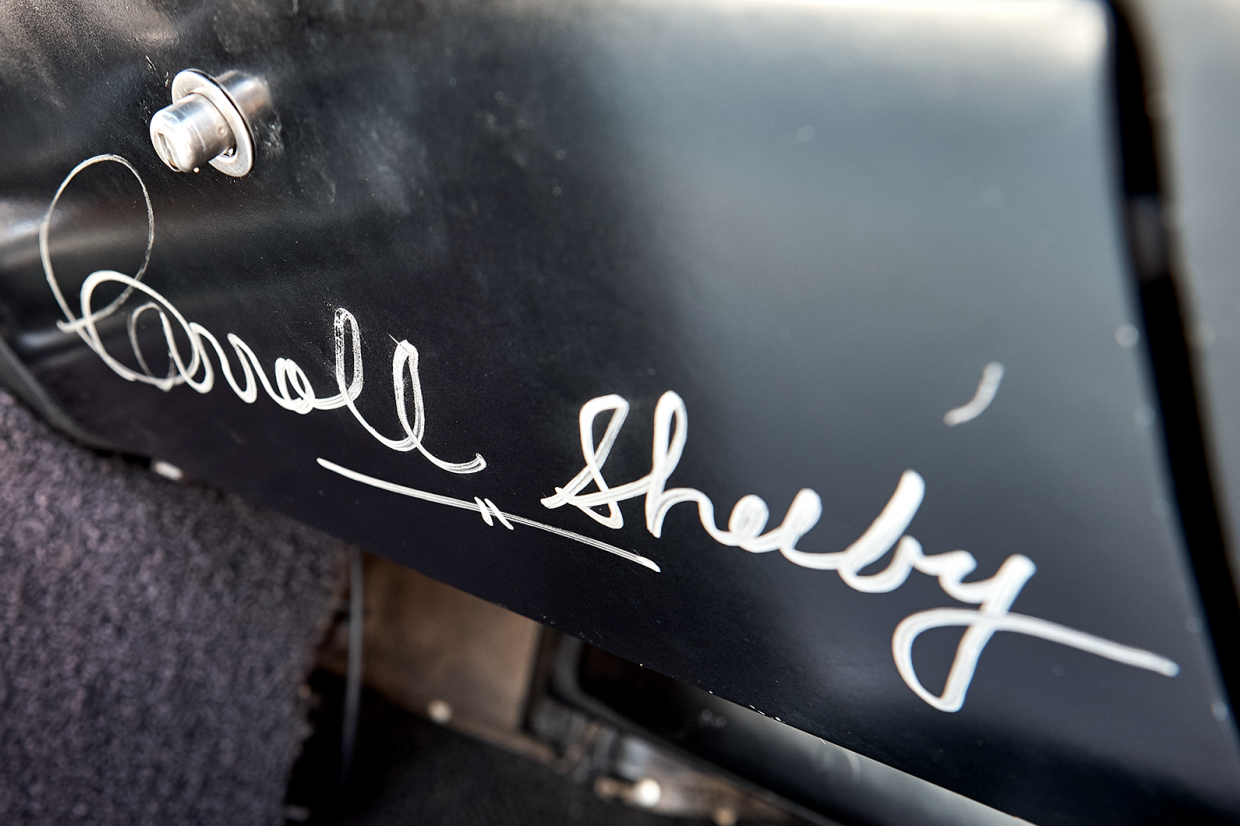 The original Mustang was launched on 17 April 1964, and became such a success that Ford’s US showrooms were overwhelmed by crowds.

Ford’s modest target for the first year had been to build just 100,000 Mustangs.

The first ‘pony car’ lacked power, though, so Lee Iacocca, the father of the project, turned to Shelby to try to counter the competition’s recently launched muscle cars, such as the Pontiac GTO and Plymouth Barracuda.

But when Iacocca called the former Le Mans winner in 1964 to ask him to develop a competition version of the new Mustang, the no-nonsense Shelby uttered the immortal line: “Lee, I can’t turn a mule into a racehorse!” 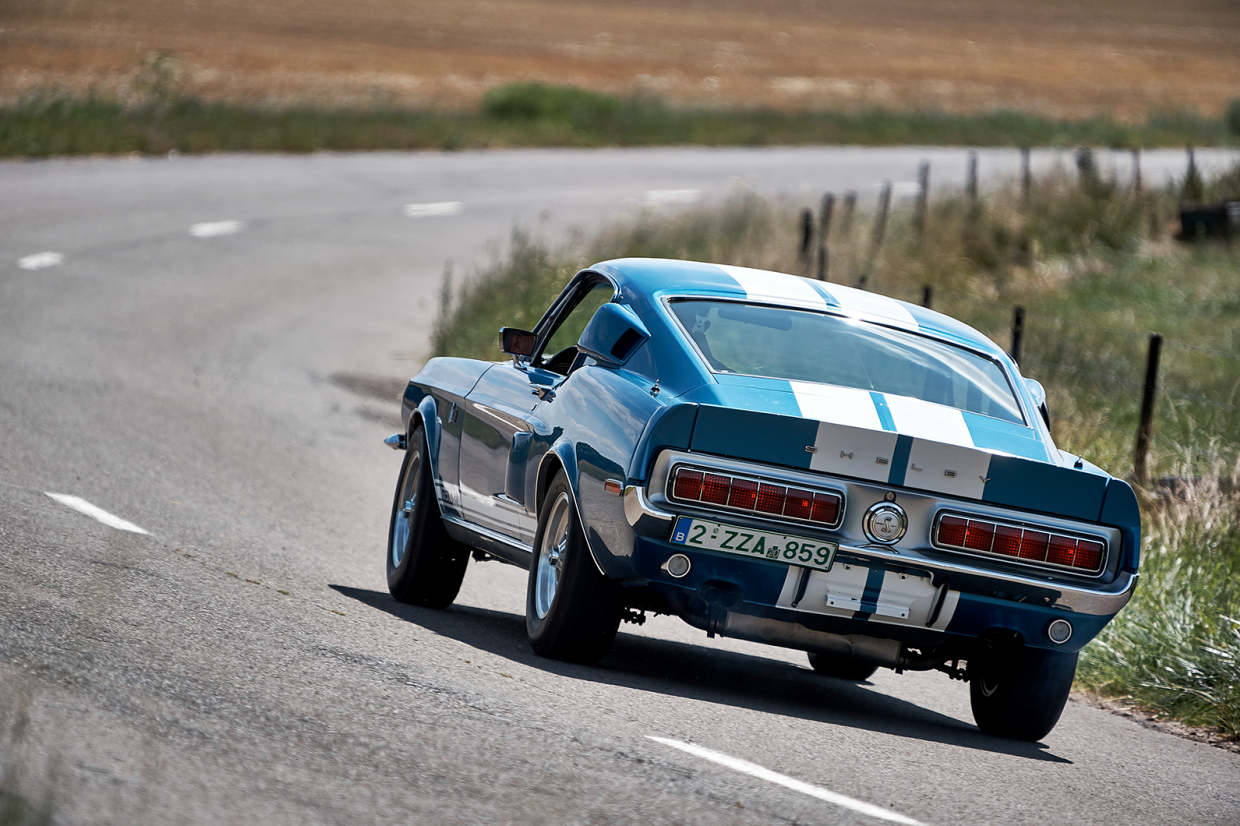 Despite his protestations, Shelby’s team got to work lightening the bodywork and modifying the suspension and brakes.

Importantly, he also increased the power of the 289cu in V8 that was already being used in the Cobra from around 270bhp to a useful 306bhp.

The rear bench was deleted to turn the GT350 into a two-seater, which was vital to comply with competition regulations: the objective was to produce the 100 minimum units necessary for homologation in the B/Production category of the Sports Car Club of America Championship.

That goal was soon surpassed and left behind as a distant milestone, with a total of 561 units produced, including 36 GT350R – for Race – versions. 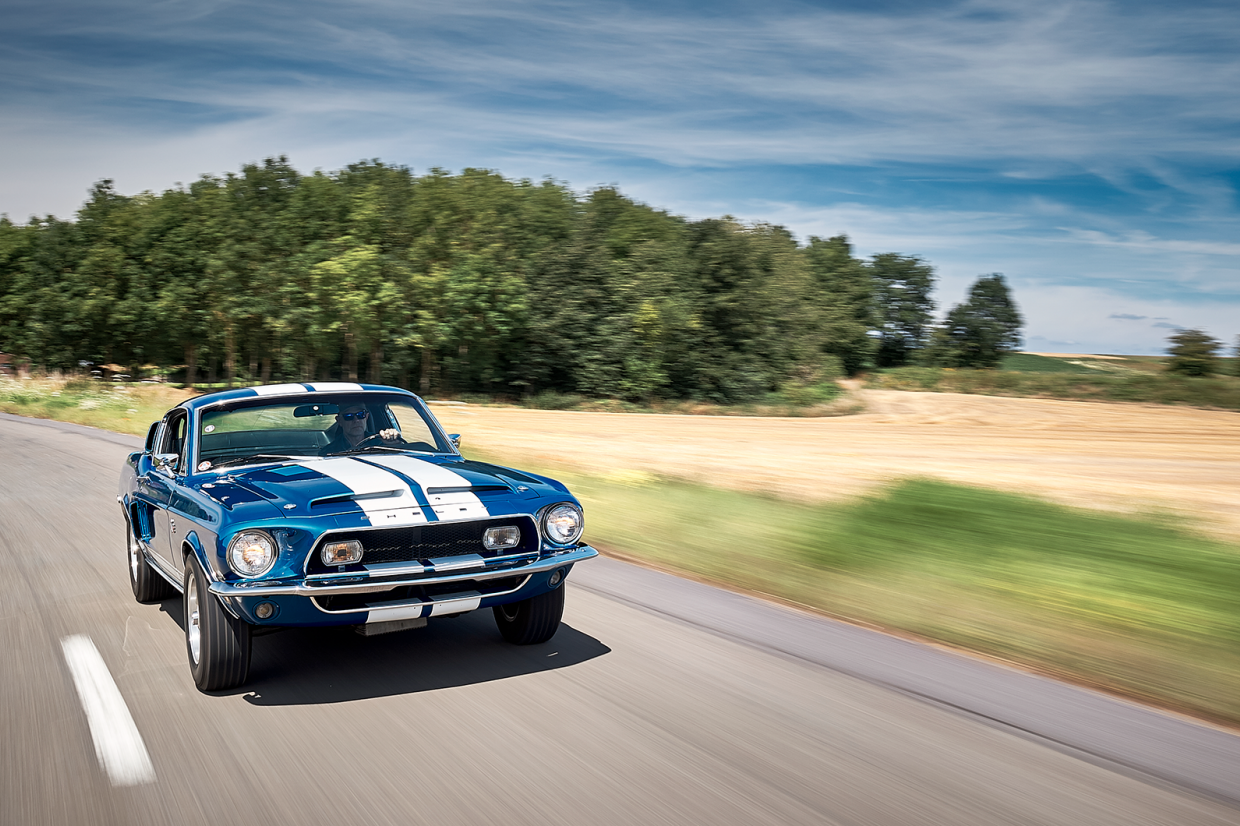 On its first outing, fittingly in Texas at Green Valley Raceway in Smithfield on Valentine’s Day 1965, the GT350R driven by Brit Ken Miles took a B/Production class victory.

The Shelby GT350 had seen the light of day just a few weeks before Miles’ win, on 27January, and was notably much sportier than the stock coupe, with harnesses, a stripped specialised dashboard, a strut brace, Koni shock absorbers and a lighter, close-ratio Borg-Warner T10 transmission.

But it was soon watered down, with the side-exit exhausts ditched in favour of conventional rear pipes, and even the option of a back seat returned from 1966. 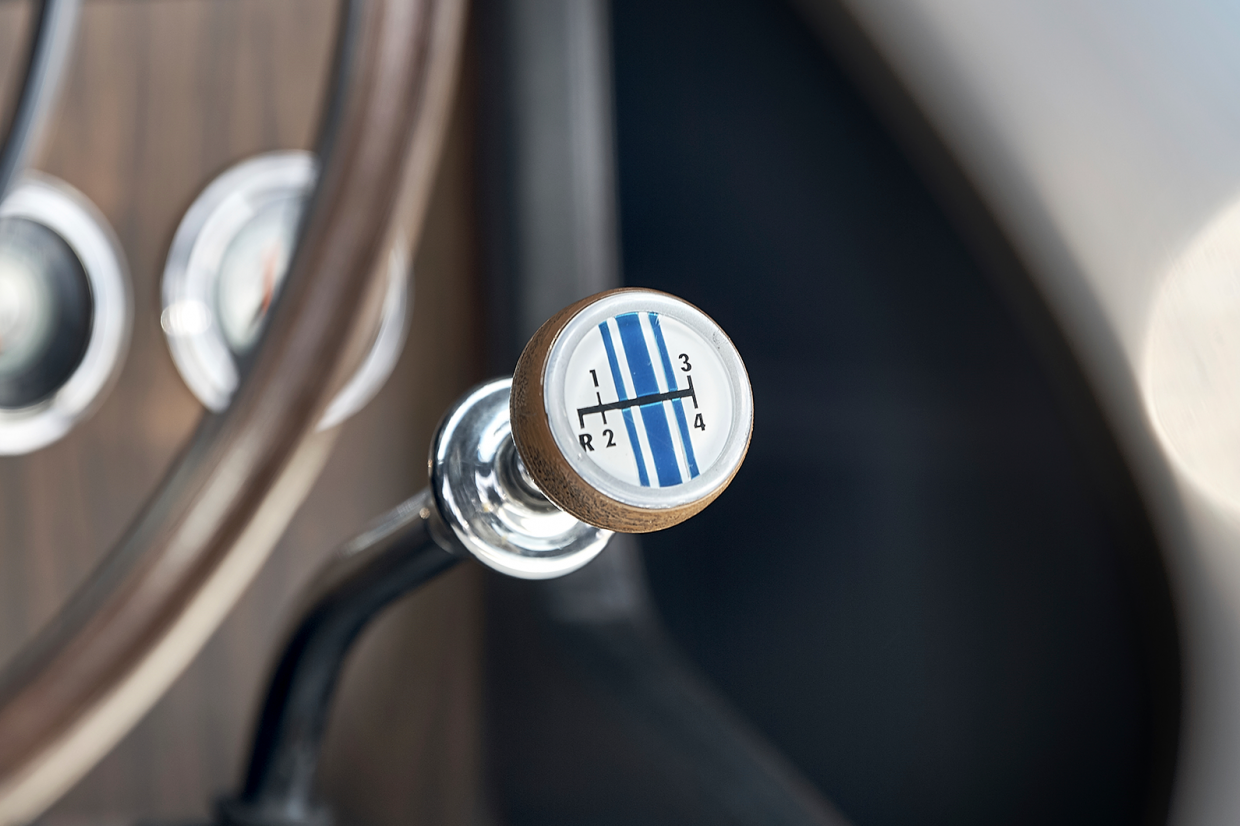 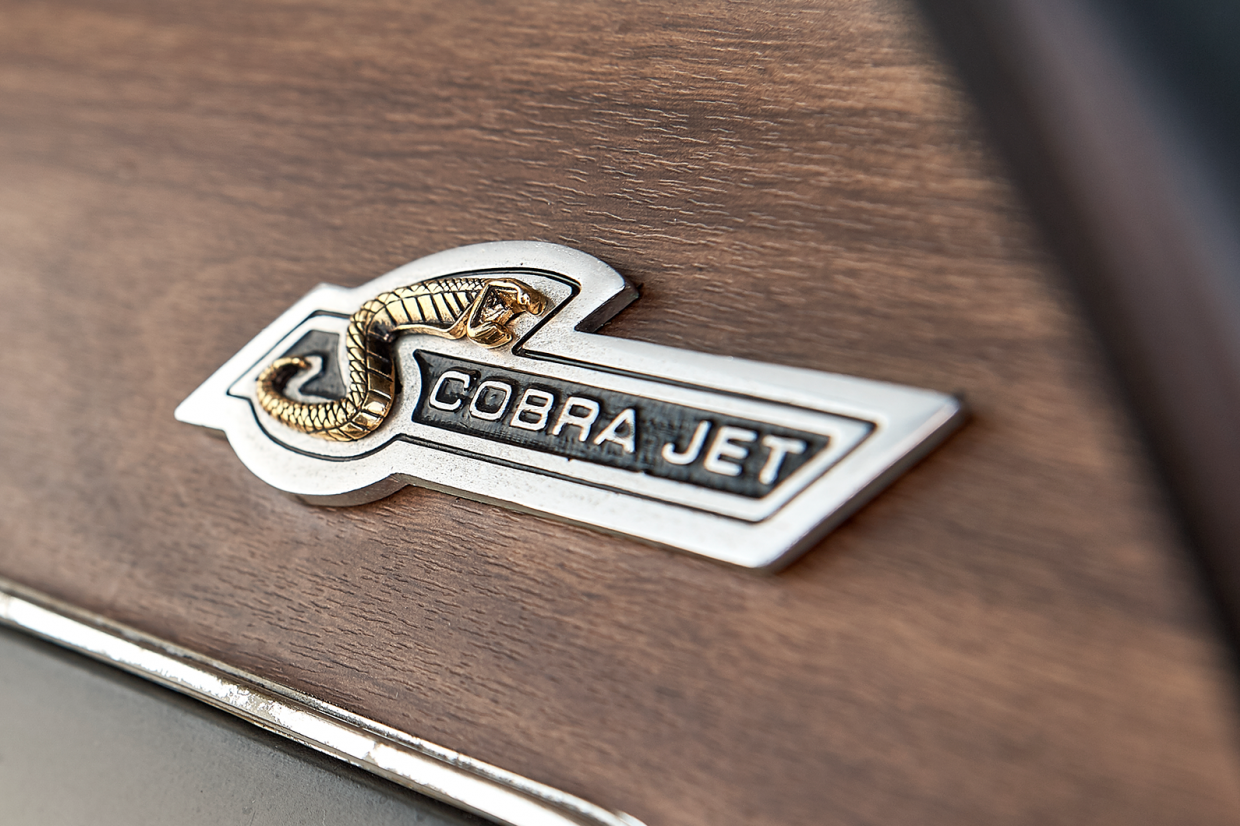 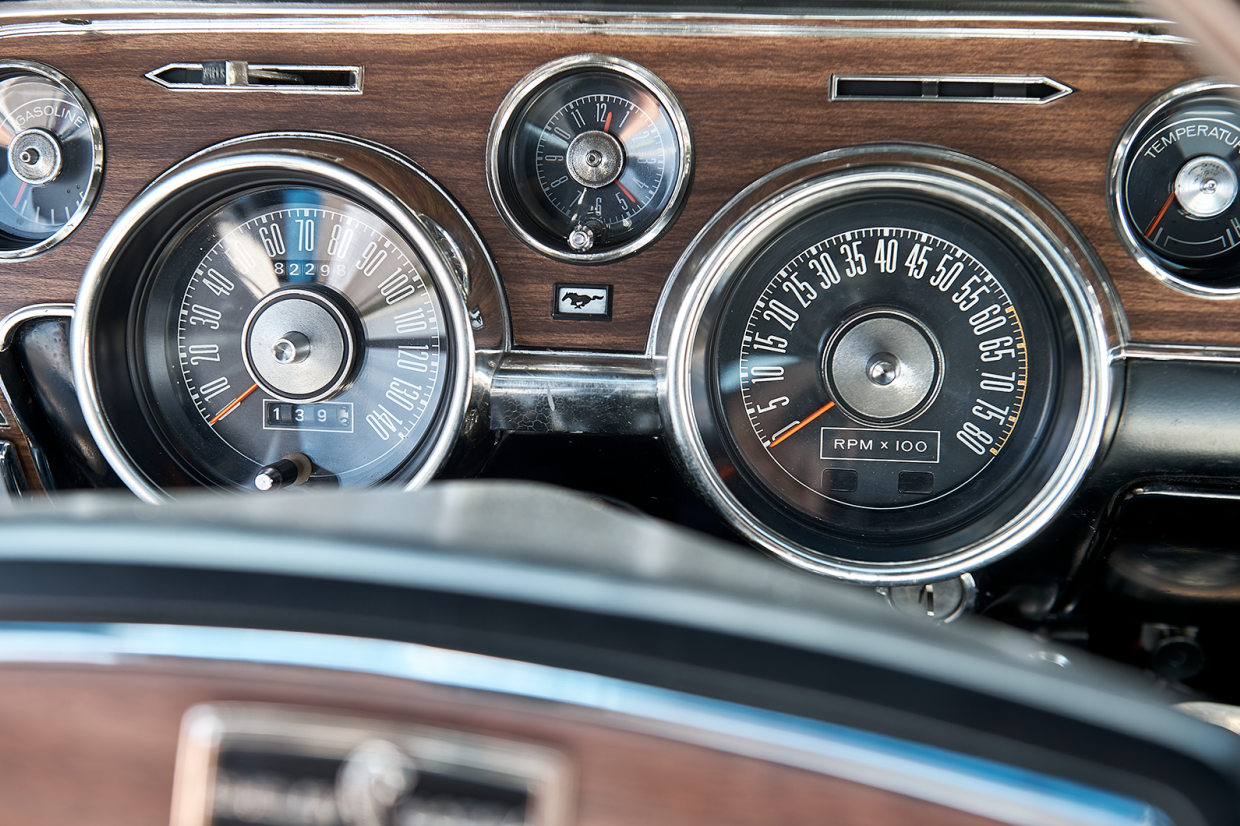 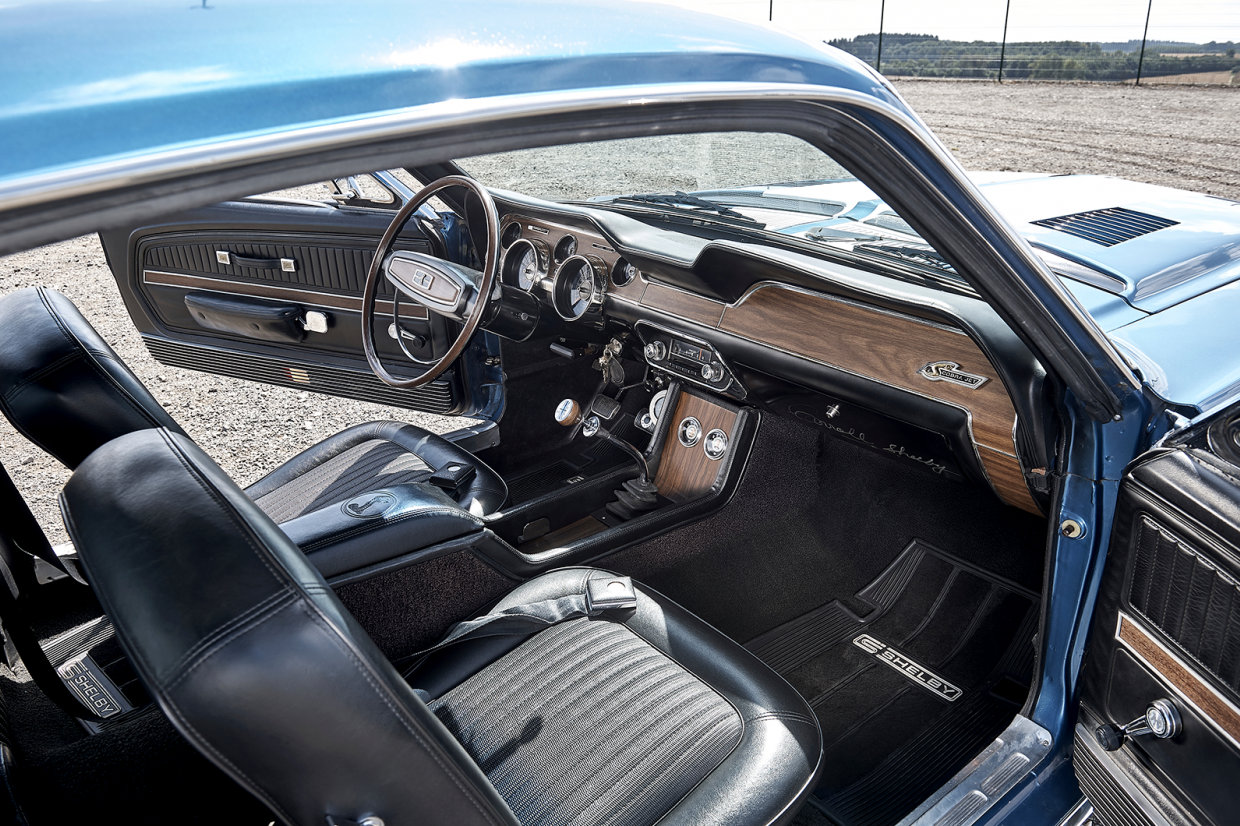 More colours were added to the original Wimbledon White, too, and the front suspension was raised and the rear simplified, while an automatic was offered.

Yet beneath the glassfibre bonnet remained the high-compression 306bhp V8, with its intake manifold borrowed from the Cobra.

The 1967 model year Ford Mustang far from pleased Shelby, who found it much too heavy and bulky.

His team added large air intakes to the bonnet and the body sides, two long-range spotlights on the nose, a thinner grille and a small spoiler at the rear.

Front and rear valances joined the bonnet in glassfibre to shed more weight.

Naturally, Shelby took the opportunity to add a more powerful version to the GT350: the GT500, with the 360bhp big-block 428cu in V8 – an engine that also powered the Ford Interceptors of the police fleets. 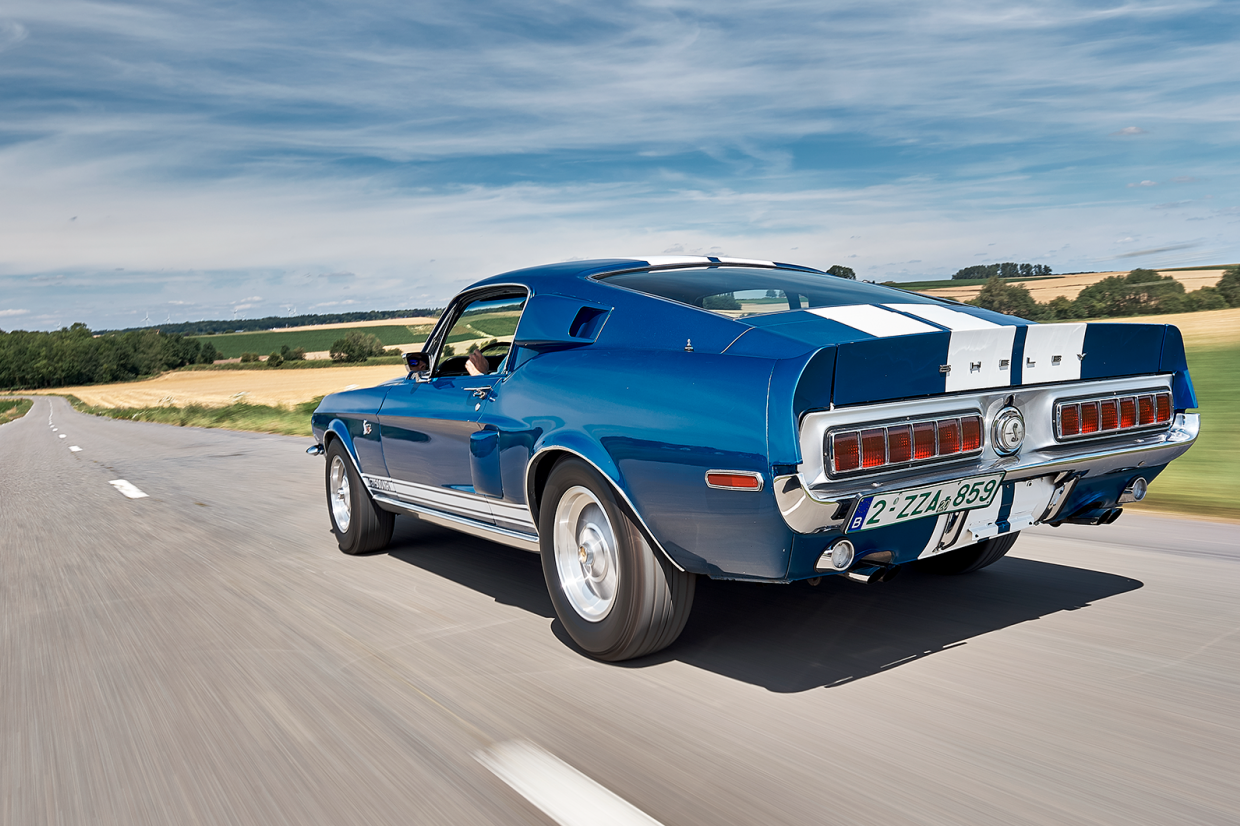 The Shelby range continued into 1968 in line with the previous year.

Aesthetic changes were limited largely to the rectangular driving lights, tail-lights lifted from the Thunderbird and the appearance of a convertible version, although the cars were renamed Shelby Cobra GT350 and GT500.

The Cobra Jet V8 fitted to the King of the Road, based on the 428 Interceptor unit, received further modifications to make it yet more sporty, having originally been devised in no small part by Bob Tasca, racing driver and Ford distributor of Rhode Island.

His ingenuity combined the 428 with components from various other Ford powerplants, such as heads from the 427, plus new oil pump, distributor and aluminium manifold. 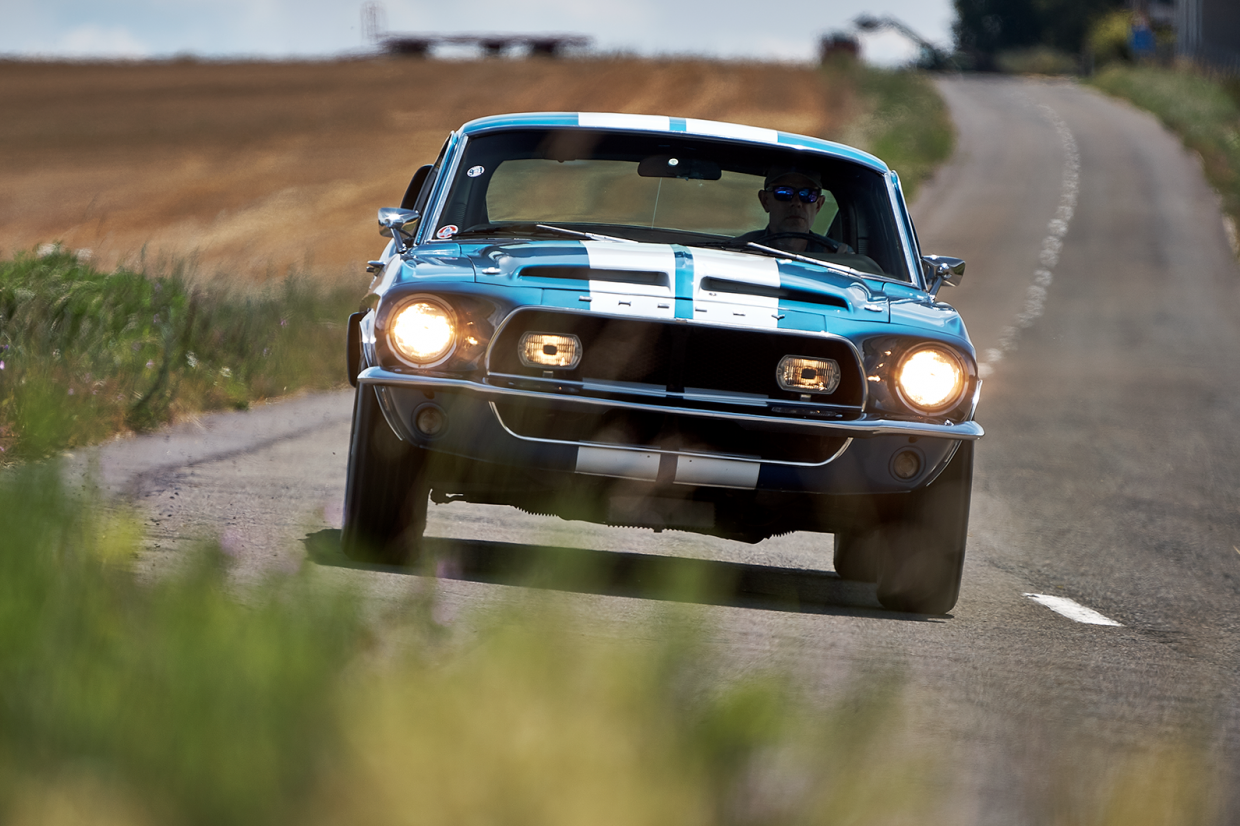 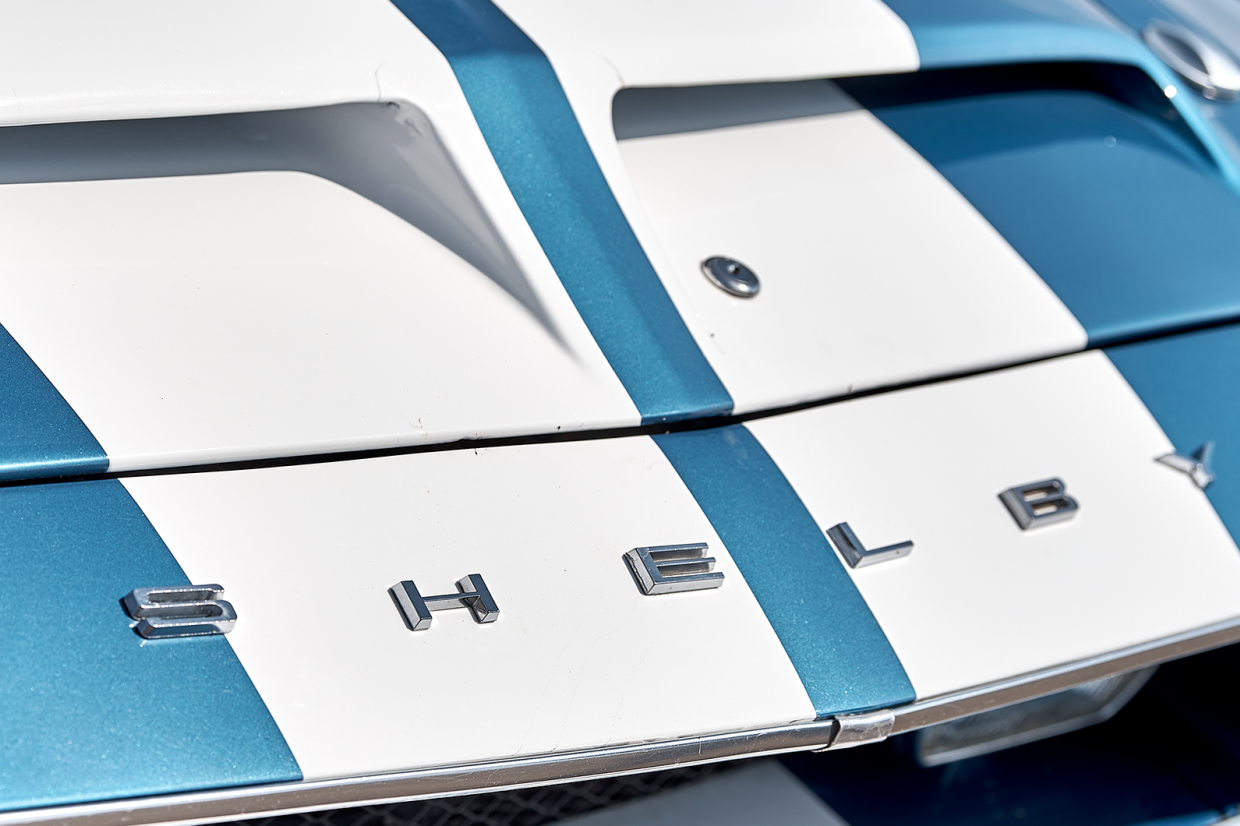 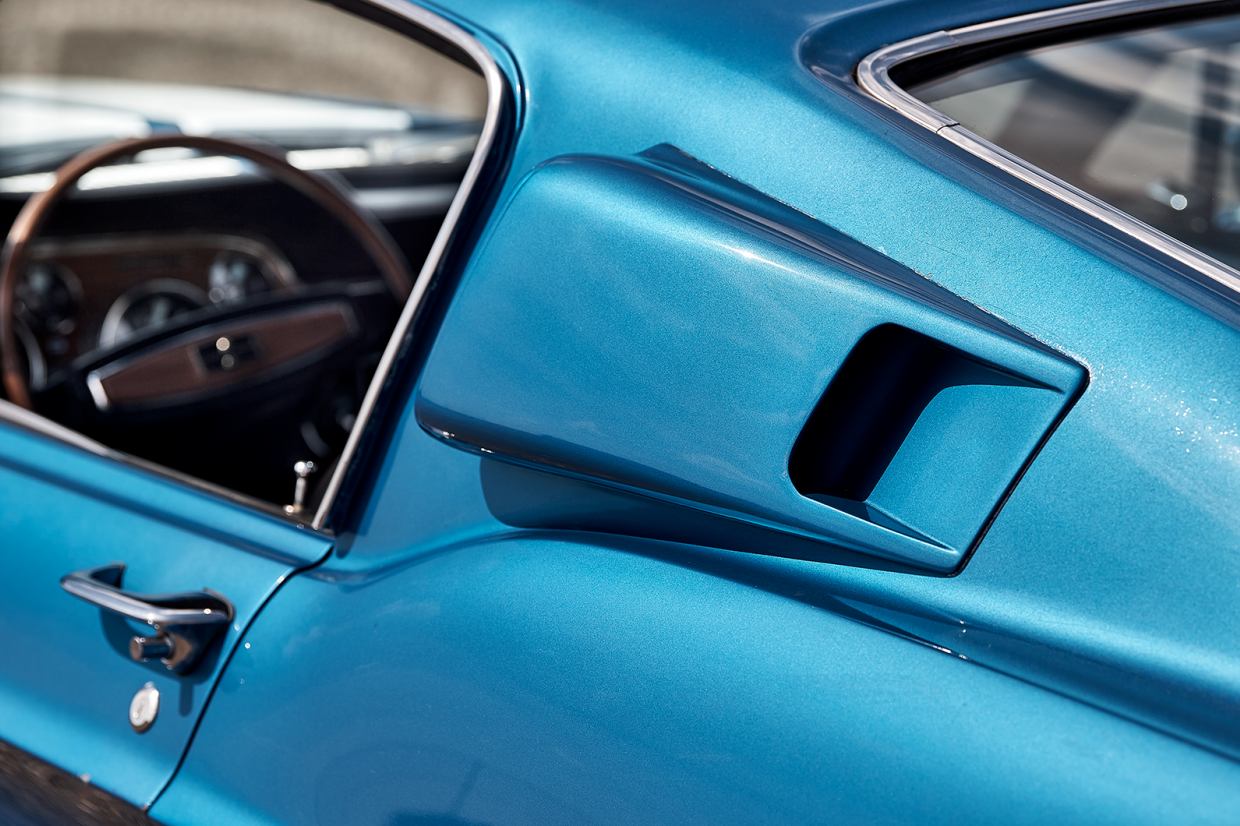 He reportedly drove to Dearborn, Michigan, and beat the best the factory could offer, at which point Ford analysed his handiwork.

In return, the racer took home a GT40 engine and 10 KRs were later sent to his dealership; he kept the best two for the ’strip.

From the middle of 1968 the updated engine found its way into a production version of the Shelby Cobra GT500 KR, which was the most powerful Mustang on offer at the time, officially rated at 335bhp but unofficially said to be good for around 400bhp.

By lowering the quoted power output, the manufacturer was limiting the fee imposed by the National Hot Rod Association (NHRA) for the use of the engine in competition, and also reducing the insurance premiums. 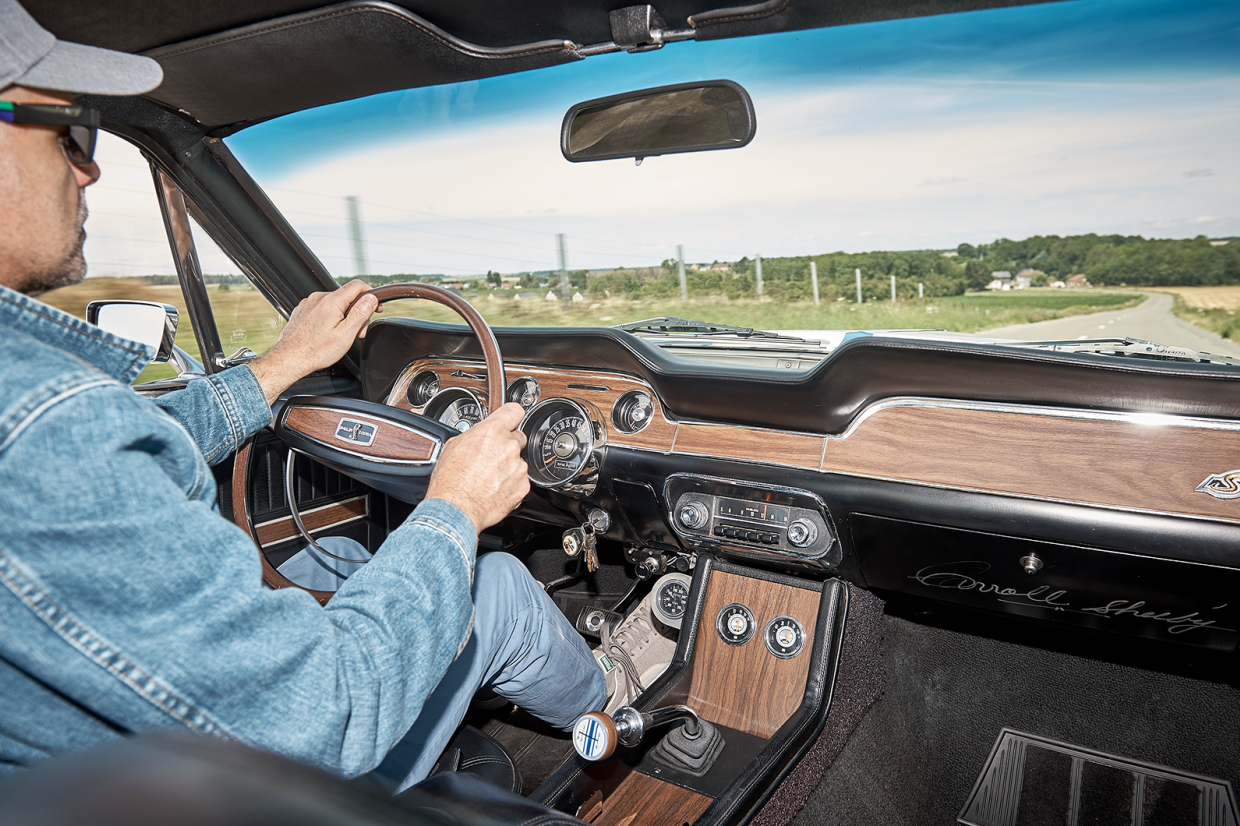 The addition of ‘Cobra’ to the name was a reference to its V8 Cobra Jet 428 engine, while ‘King of the Road’ was nabbed by Shelby before General Motors associated it with the Corvette – a clear shot across the bows in the war that was then raging between the Big Three American manufacturers.

With no trademark listed, Ford and Shelby hurried to set the branding in motion and gazump Chevrolet.

If you’re used to lazy, auto-equipped muscle cars the Shelby Cobra GT500 KR’s large, angled gearlever appears a little incongruous at first glance, but once you’re in place behind the big two-spoke wheel it turns out to be sited perfectly.

As you pull on to the old Spa circuit, now little more than a back-road through the Belgian Ardennes, a real toboggan ride of several kilometres opens up. 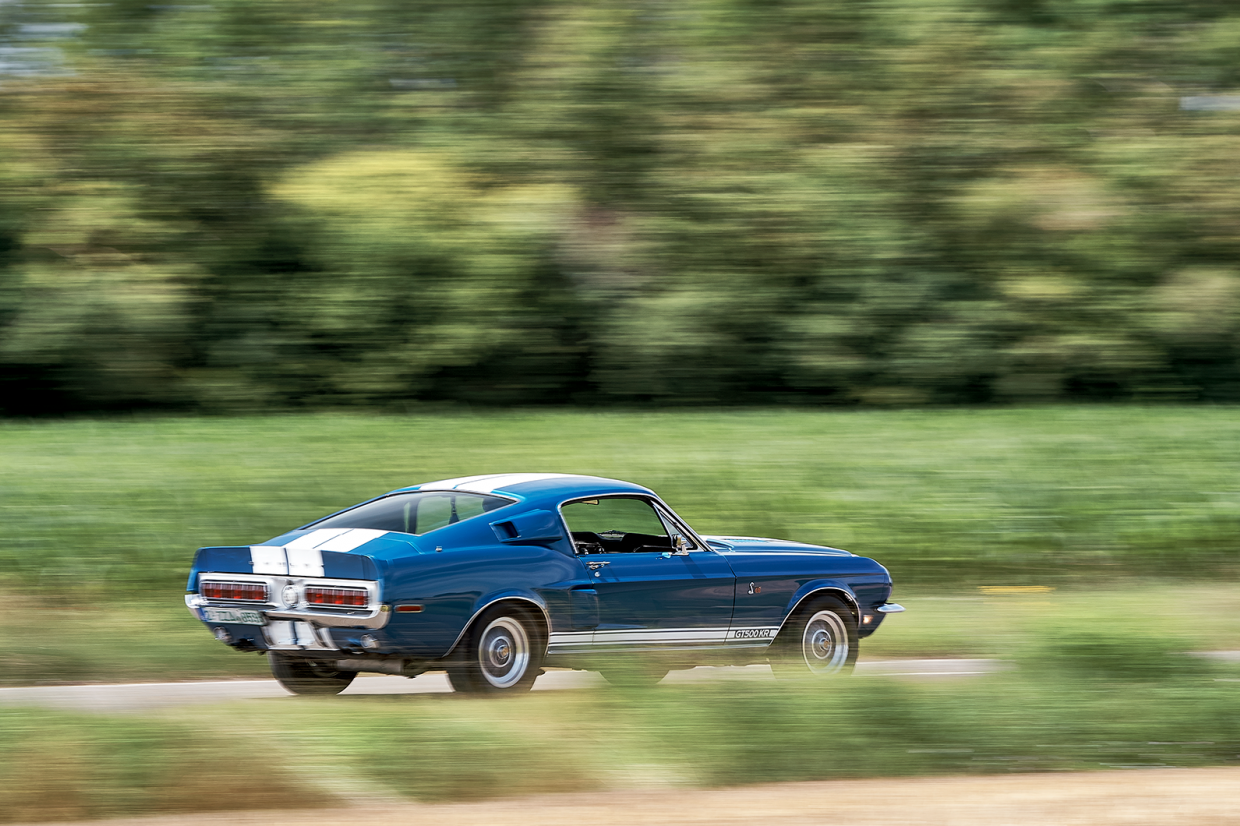 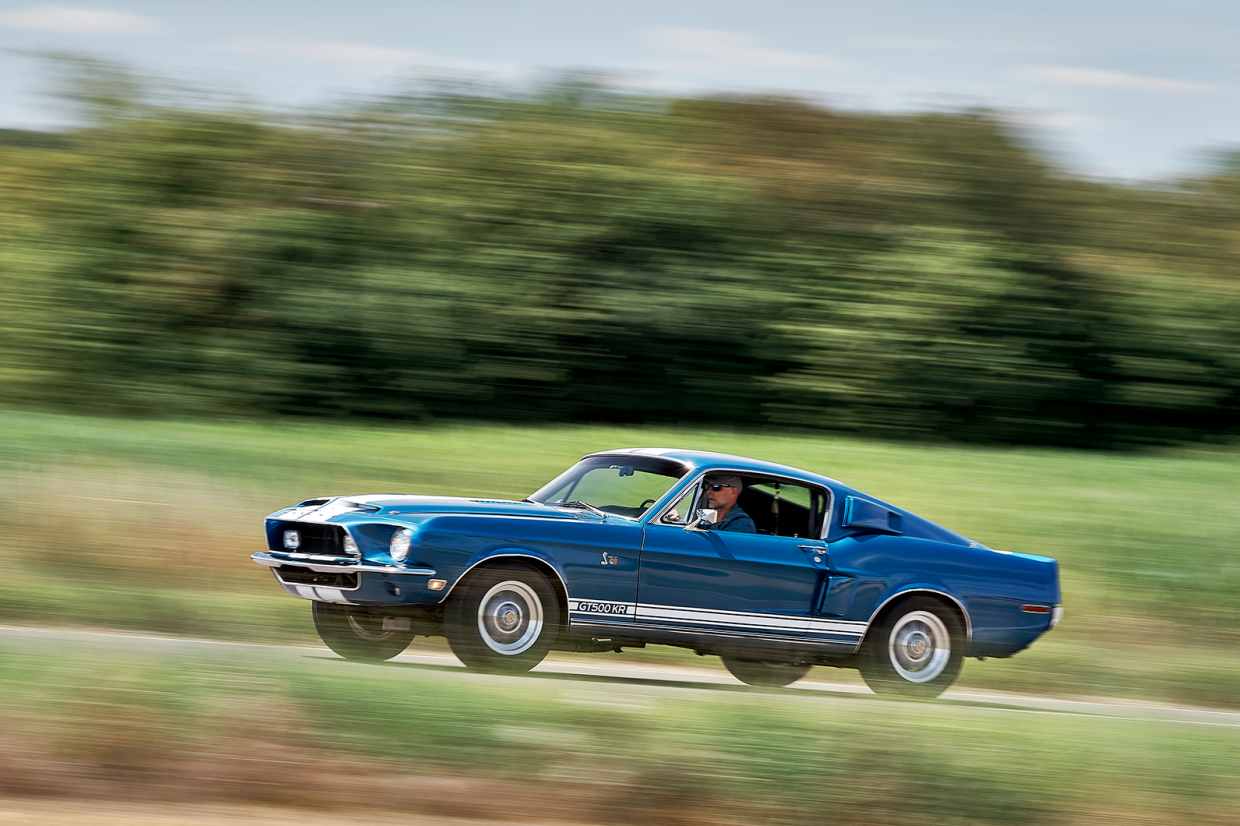 Although heavy at low speeds, the GT500 KR’s steering soon lightens as you power away from Les Combes, down the rapid descent towards Burnenville and its long right-hander, then a slight curve to the left before tackling the turn at Malmedy.

The Shelby absorbs the seemingly endless bend, then devours the straight towards Masta and the fast, fearsome and famous kink with houses butting right up to the side of the road.

Today we’re sticking within legal limits, but it’s impossible not to think of the crazy velocities that the Formula One heroes reached on this circuit until 1970, after which the original layout was deemed too dangerous for the world’s fastest single-seaters.

Sports-prototypes continued to brave ‘old Spa’ until it closed for good in 1978. Henri Pescarolo set the outright track record in 1973, driving a Matra MS670B, posting an average speed of 262.461kph (163mph) as he lapped the full loop in an astonishing – and, frankly, quite terrifying – 3mins 13 secs. 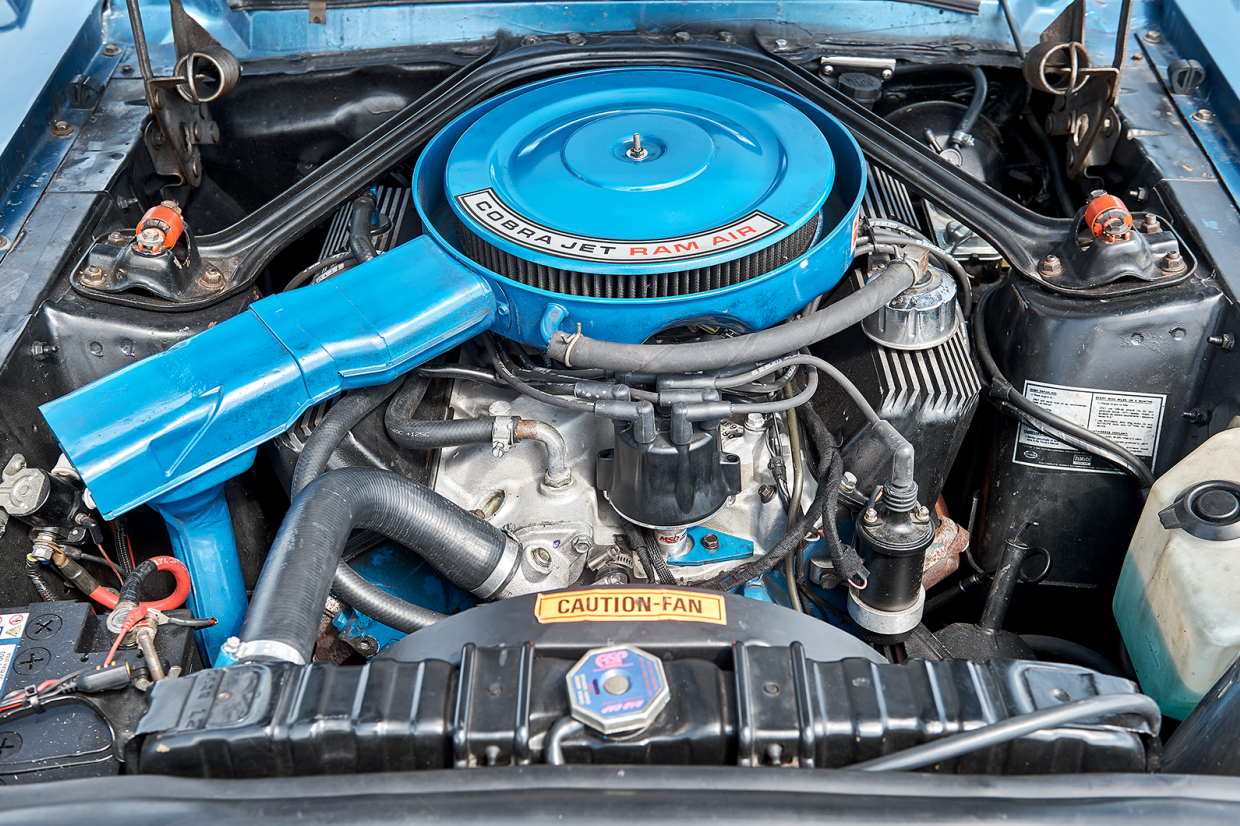 The bend at Stavelot signals the end of several kilometres downhill from Les Combes and the road starts to rise back towards the modern circuit, with a steep slope to the left, a ravine to the right and forest surrounding us.

The longer stretches offer plenty of opportunity to use that unofficial 400bhp, but mainly it is the sensational 440lb ft of torque that dominates.

The noise grows exponentially from the low, burbling idle, and you quickly find yourself looking for a fifth gear that doesn’t exist.

On to the brakes at the end of the climb, a gate appears just before Blanchimont and we’re back to the present. 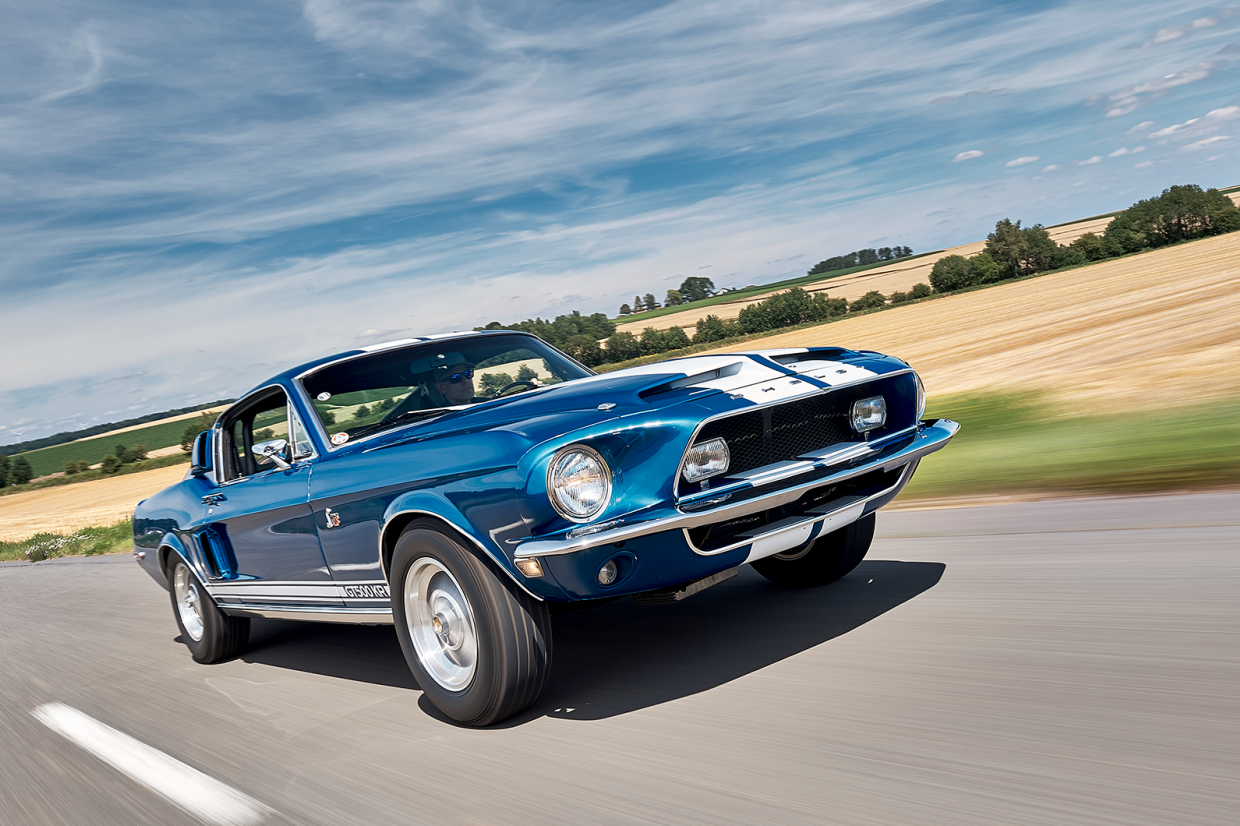 With only 1053 examples built, split near as dammit down the middle between coupes and convertibles, the Shelby Cobra GT500 KR remains for many the ultimate Mustang, perhaps even Carroll Shelby’s ultimate creation.

It also signalled the beginning of the end, because from the close of 1968 Semon E Knudsen, president of Ford at Dearborn, pushed the Mustang overweight and Shelby to the wings.

Heavy – some 400kg more than the GT350 – and with dynamics sidelined in favour of comfort, the Shelby became a shadow of its former self then disappeared from the line-up for good by 1970.

It wasn’t until 2007 that the great name once again appeared on a Mustang, but none before or since owned the road quite like the King.

Thanks to Gentleman Car 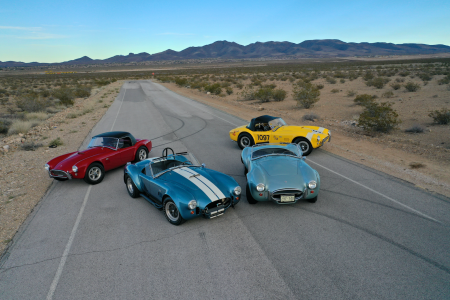 One man’s $10m Shelby Cobra collection is up for auction 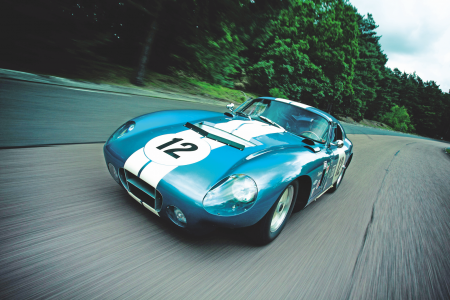 What it’s like to drive the Shelby Cobra Daytona 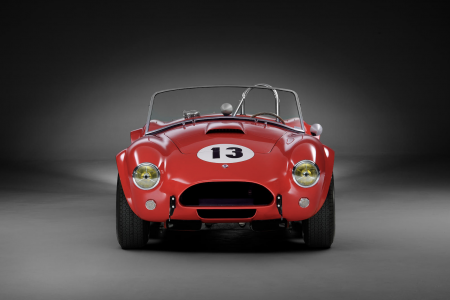 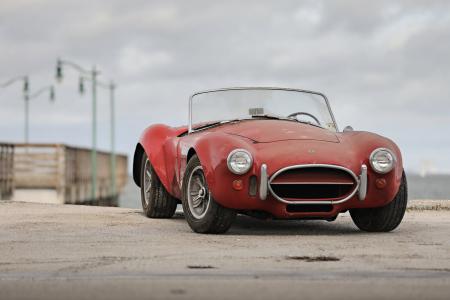