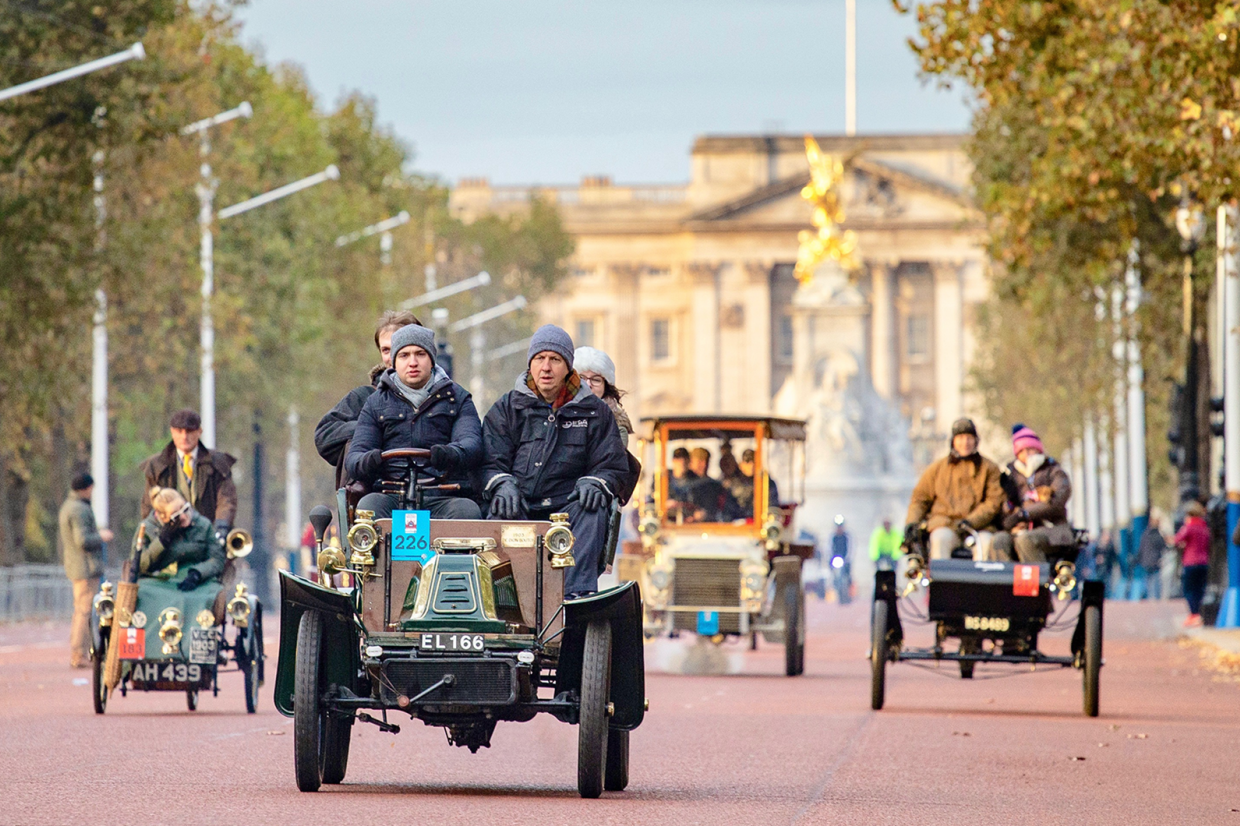 This Sunday (3 November), more than 400 pre-1905 cars will embark on the London to Brighton Veteran Car Run, the world’s longest-running motoring event and still a serious spectacle more than 120 years after it was first held.

The culmination of the Royal Automobile Club’s London Motor Week, entrants will leave Hyde Park from 6:56am, passing Buckingham Palace and on to the Mall, before heading down Whitehall to Parliament Square and on to Lambeth Bridge.

Once south of the river, half of the field will take the A23 through Kennington, Brixton and Streatham, while the other half will follow the A3, A24, A217 and A236 over Clapham Common and then through Tooting and Mitcham. The routes will then converge on the A236 north of Croydon for the run down to Madeira Drive in Brighton.

And while most vehicles are petrol-driven, there are also eight steam-powered and four electrically propelled ones to keep an eye out for.

If you fancy heading down, check out the event’s spectators’ tips and wrap up warm – and read on for some cars, people and more to look out for.

1. The oldest Fiat in Britain 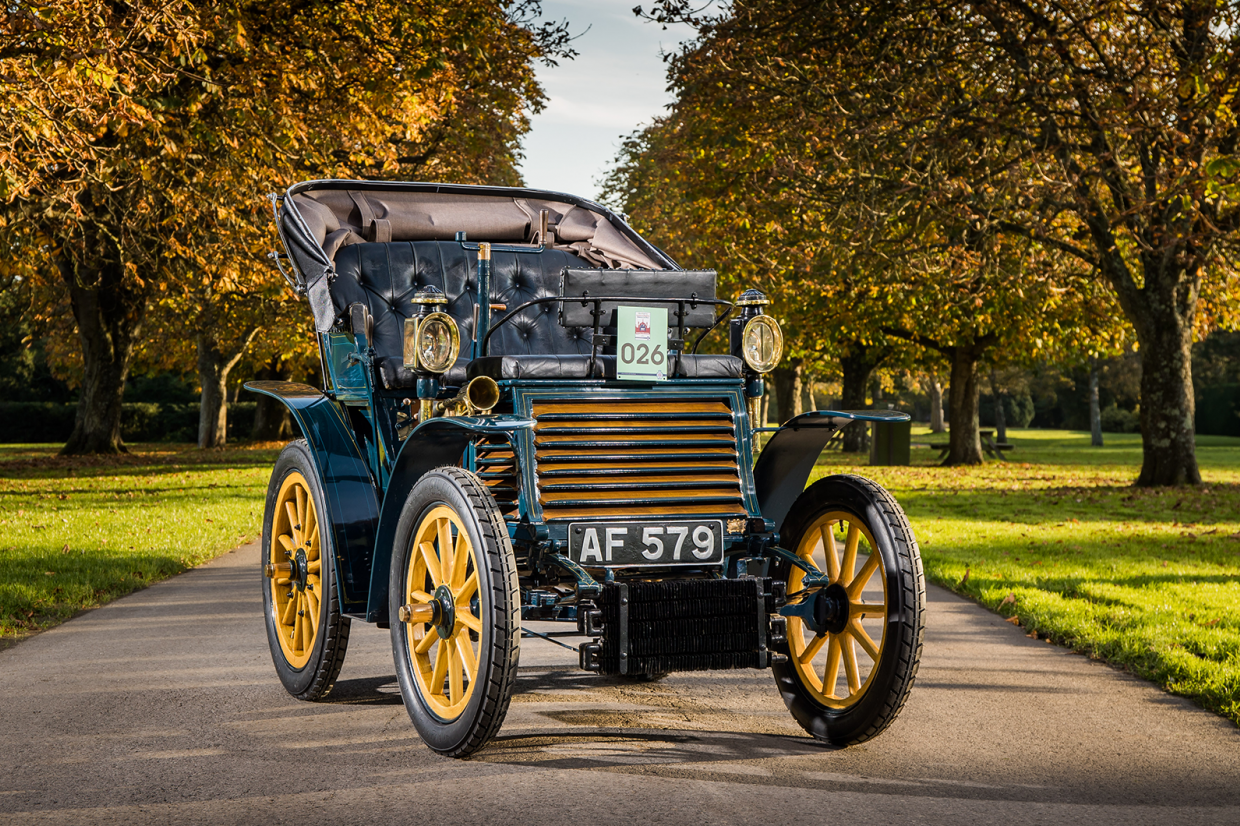 Fiat marks its 120th anniversary this year and is Manufacturer Patron for 2019’s Veteran Car Run; it was also the first Italian marque to take on the Run in 1934.

For this year, the National Motor Museum in Beaulieu is bringing the oldest Fiat in the UK to take on the drive (above).

Dating back to 1899, this four-seater vis-à-vis-bodied car is one of the earliest Fiats anywhere in the world and has a 3.5hp, 697cc, twin-cylinder engine with top speed of around 22mph – pretty respectable for the period. 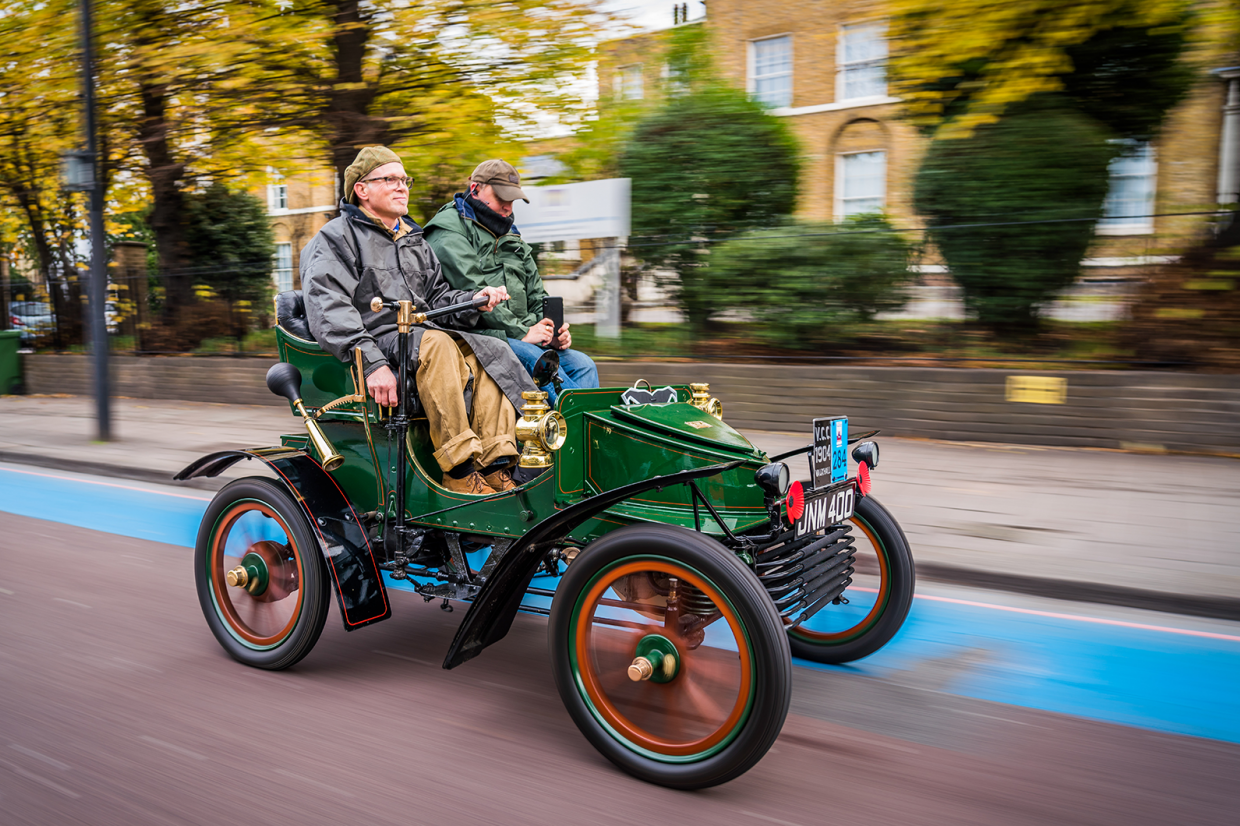 A long-time high-profile supporter of the Veteran Car Run, Vauxhall is bringing a pair of cars to this year’s running.

The younger of these, a 6hp Light Car, has entered the Run at least 64 times, the first time in 1927, according to the manufacturer’s records (it’s pictured above in 2018).

It will be joined by a 1903 5hp Light Car, the world’s oldest-surviving four-seat Vauxhall and the firm’s 45th car. It, too, is a Run regular. 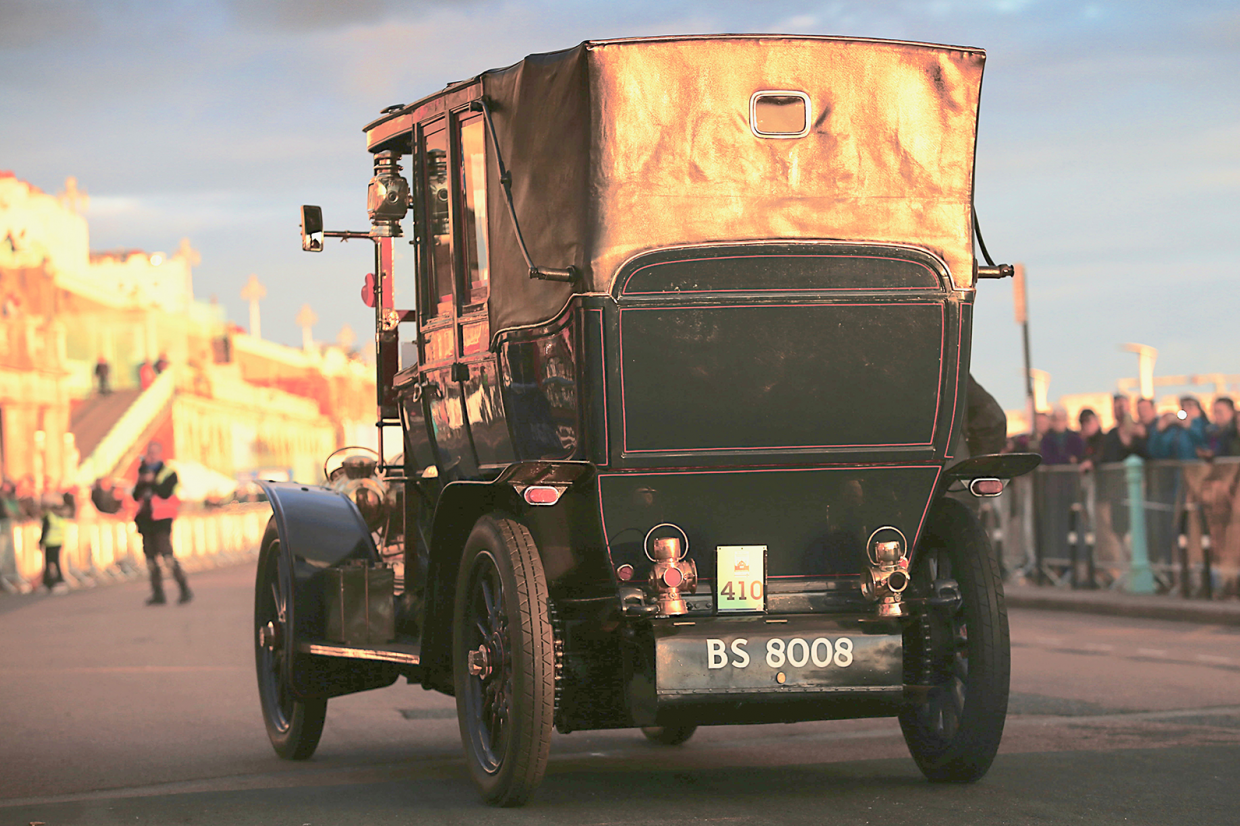 Here’s another vehicle to look out for if you’re cheering on the crews: the sole remaining vehicle from the Societé Manufacturie d’Armes, a French armament company with a history dating back to 1553.

The firm first showed a car at the Paris Salon as early as 1898, but production stopped in 1907.

Known affectionately as ‘The Society’, this 1904 chain-driven, six-seater landaulette (above) is a Run regular, powered by 4850cc Aster engine with four individually cast cylinders. 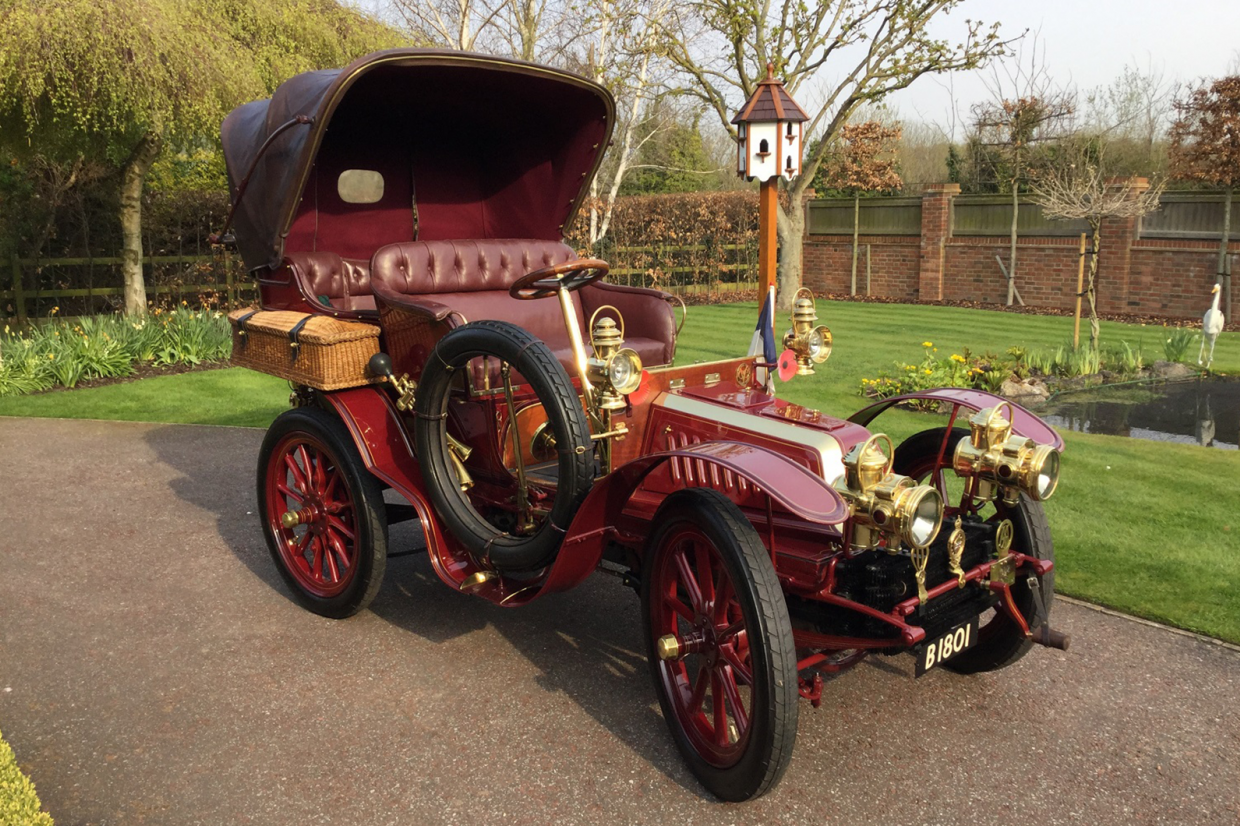 As ever, star pilots will be joining the capital-to-coast drive, one of whom is broadcaster and classic car enthusiast Alan Titchmarsh.

He made his Run debut last year as a passenger, but this will be the first time he’s driving, taking charge of a 1902 Mors (above).

Also look out for fellow TV presenter Fuzz Townshend, who will be behind the wheel of the National Motor Museum’s 1904 De Dion Bouton. 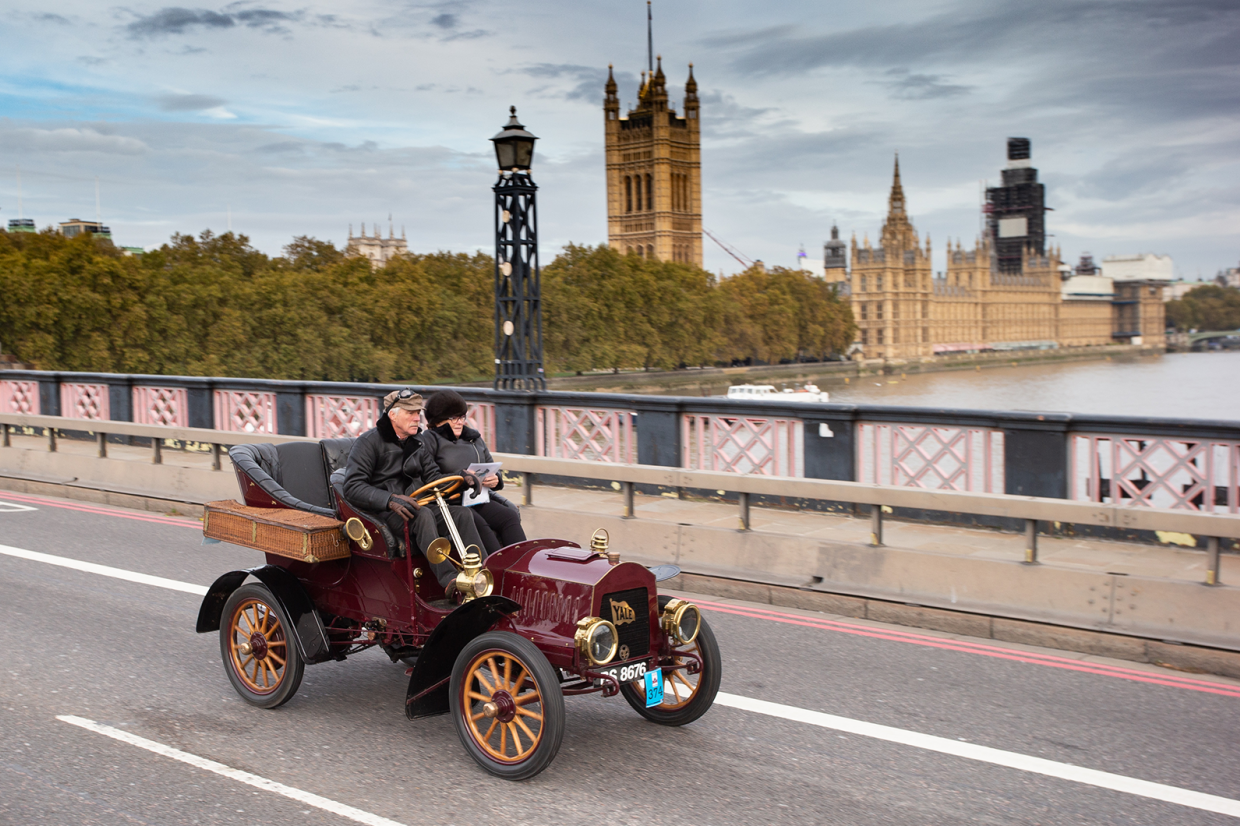 The Veteran Car Run isn’t just a gentle saunter to the south coast – there’s also a competitive element to it.

And of course all those who make it to the Brighton finish by the 4:30pm curfew will also receive a medal.

6. A blue butterfly at auction 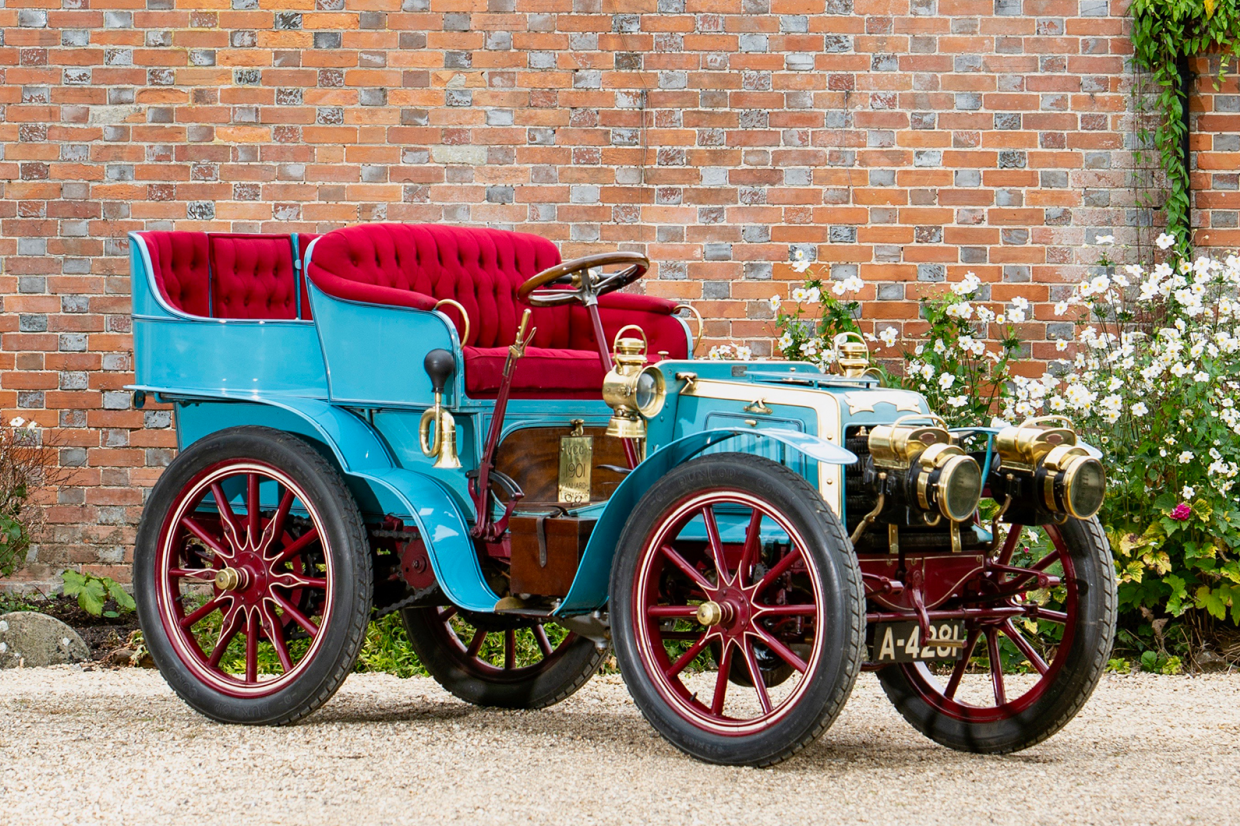 Alright, maybe we’re cheating by including this eye-catching veteran, seeing as it’s not – yet – contesting 2019’s Run.

Le Papillon Bleu is, however, going under the hammer at headline sponsor Bonhams’ London to Brighton Run Sale on Friday 1 November, where it’s estimated it’ll sell for £200-250,000.

The 1901 Panhard-Levassor 7hp Twin-Cylinder Four-Seater Rear-Entrance Tonneau (to give it its full name) is being offered with an entry to the 2019 London to Brighton Veteran Car Run, so its lucky new owner might just be testing his or her new purchase early on Sunday morning. Well, it has completed the course more than 60 times before.

Head to the London to Brighton Veteran Car Run website for a full entry list and information about spectating on this annual motoring institution – and, if you’re going, have fun!

London to Brighton Run 2018: in pictures