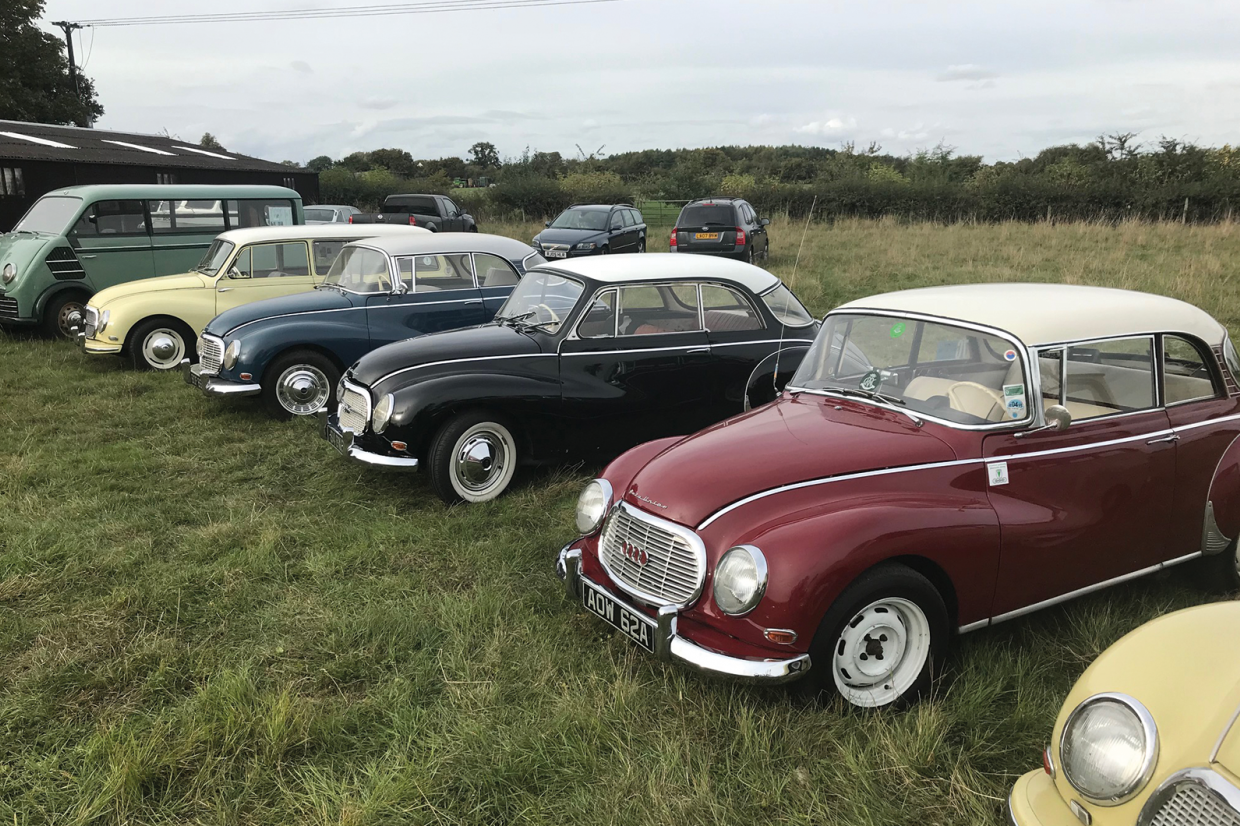 Having been a petrolhead since the age of four, motorsport has been part of my life – karting in the early ’60s, hillclimbing an Austin-Healey Sprite in the ’70s before family and responsibilities then took over.

The Goodwood phenomenon gripped me and I joined the GRRC in 2008. I succumbed to a later-life crisis in 2010 and purchased a championship winning Zip GPX superkart from the ’80s, educated myself in the ways of two-strokes and rebuilt the appropriate Villiers 210.

Getting the bug, I enjoyed a few outings at the Crail circuit in Fife. Then all the efforts were rewarded with an invitation to display at the Members’ Annual Vehicle Display at Goodwood – as the only kart.

Then, disaster: the kart was stolen. Four years later, I thought I’d consider getting something that would fit the pre-’66 bill for Goodwood, would be compact and with which I could continue my interest in two-strokes. 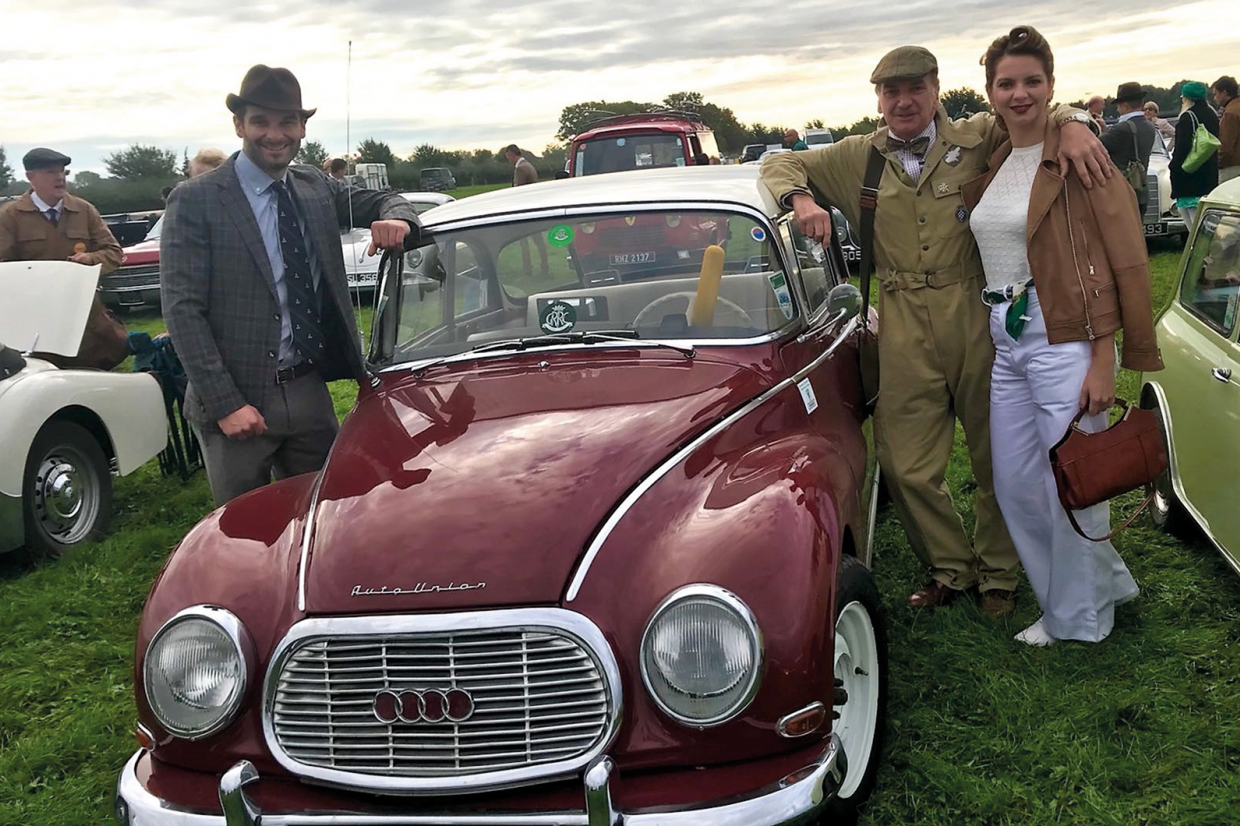 A day out at the Goodwood Revival, dressed to impress

After much research, I finally secured a 1963 Auto Union variant 1000S through the DKW Owners’ Club.

Having concluded the deal with the gentleman who had owned the car for the previous 11 years, I flew to Southampton, picked it up from Portsmouth, then drove back to Edinburgh on the same day – a challenging 12-hour journey, but the car performed faultlessly.

During my research into DKWs, I noticed that two had entered the St Mary’s Trophy at the 2002 Goodwood Revival, in the hands of Johnny Herbert/Desmond Smail and Emanuele Pirro/Martin Hesse.

The Herbert car is now owned by Tim Bishop, head of Connaught Green and a recognised two-stroke guru.

After enjoying a few months of the car as purchased, I contacted Tim with a view to him giving it a little more pep (to fast-road spec – if that is possible in a 1000cc two-stroke!) and ensuring that the handling was up to scratch.

His own racing DKW is a treat, and I wanted mine to be similarly sorted as far as possible – but with the caveat that it had to be suitable for the road, reliable and tractable – and ready for the 76th Goodwood Members’ Meeting in March 2018, then just over three months away. 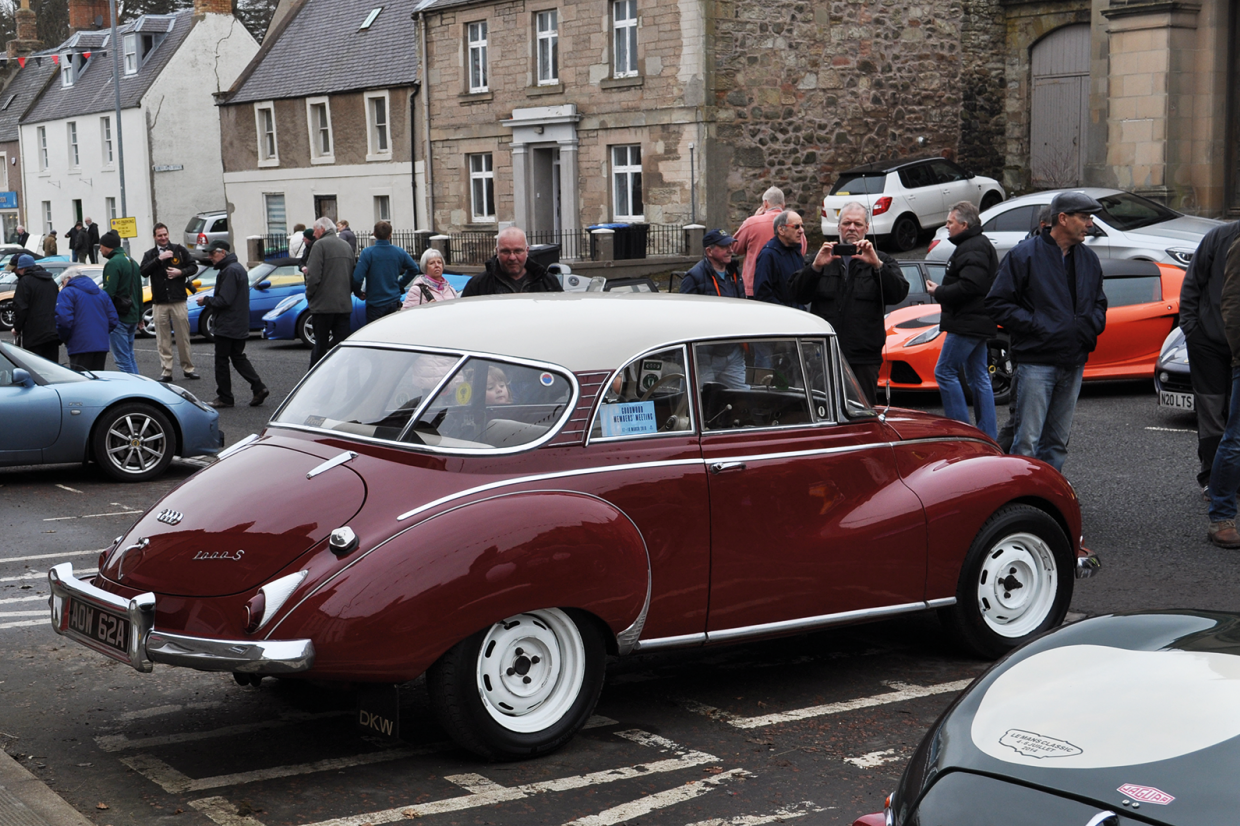 The ‘Deek’ joins the Jim Clark 50th-anniversary meet in Duns

Tim was true to his word and, after taking the train down to his quirky headquarters at Southam, near Banbury, I collected the car and drove on to Chichester.

His work is superb and with its bit more oomph, characteristic soundtrack and handling to match, I was delighted. The weather, however, was famously snowy.

After performing two circuits of the track on the Saturday, the wee car undertook the trek back to Scotland the following week, again without a hitch.

Because Jim Clark cut his teeth in Ian Scott Watson’s DKW in the late ’50s, I took a (rather closer to home) trip to the 50th-anniversary Clark commemorations in Duns, Berwickshire, and the car was welcomed to take its place on the High Street among the many Lotus models (C&SC, July 2018). 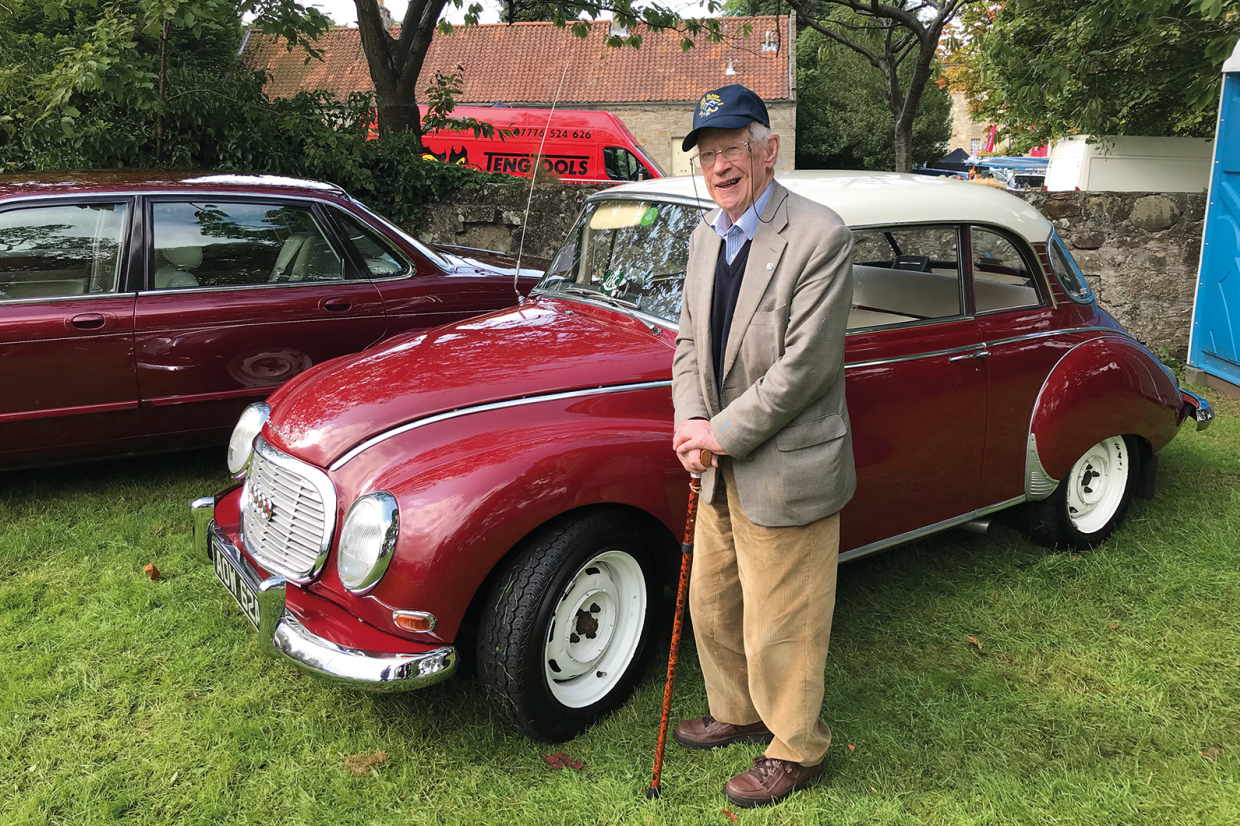 The 1000S seems to elicit smiles from everyone who sees it, either exclaiming about its Audi lineage (the four roundels) or jumping out in front of it at traffic lights to take a photograph – it’s most encouraging to be recognised as worthy of a bit of Instagram cool in these stressful modern times.

A return expedition to Goodwood for the Revival brought much better weather.

A slight hot-start issue raised its head (peculiar to two-strokes), but Tim was able to sort this and an enjoyable weekend ensued, parked in the company of some fantastic machinery and being spotted by the C&SC staff.

A stop at Connaught Green followed to carry out various checks, before an appearance at the annual DKWOC barbecue with Fredrik Folkestad (C&SC, January 2013) – then the well-trodden journey back to Scotland.

So far in my ownership, the little Deek has exceeded my expectations, is now well able to keep up with moderns without embarrassment, and has been assumed into the family as a quirky, endearing wee motor of which I’m sure Rasmussen, the founder of DKW from 1917, would have approved.