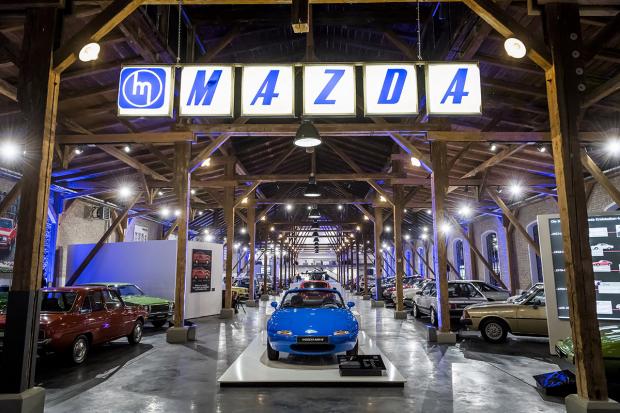 A brand-new museum dedicated exclusively to the Mazda marque opened in Germany this week, making it the first of its type outside of Japan.

The Mazda Classic – Automobil Museum Frey, which is based in Augsburg, Bavaria is the brainchild of local Mazda dealer Walter Frey, and charts almost 100 years of Mazda’s convention defying design. At its heart is a 45-strong exhibition of vehicles, spanning the firm’s official European models as well as exceptionally rare cars only sold in other markets.

The museum enjoys the official backing of Mazda, but the cars contained within all come from the Frey family’s private collection – though the 45 currently on display are only a fraction of the total number. Mazda dealers since the 1970s, Walter Frey and his sons Markus and Joachim have personally restored many of the cars in their ownership.

“Uniquely impressive, the first Mazda museum outside Japan represents a dream come true for the Frey family to share with the public its one-of-a-kind collection of vintage Mazdas from around the world,” said Mazda vice president Akira Marumoto. “Everyone at Mazda headquarters is very proud that the Freys are part of our organisation and have created something so extraordinary.”

The longevity of the museum is assured by the Frey’s 120-strong collection, which will gradually be rotated with the current exhibits. It’s hoped the museum will become a hub for classic Mazda meetings and car events in general.