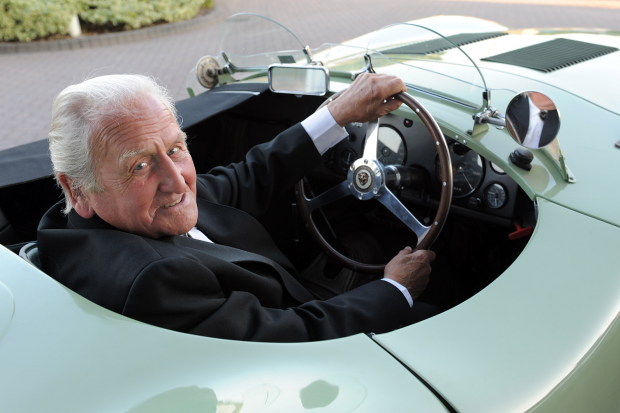 Britain’s greatest ever test driver, Norman Dewis OBE, has passed away. He was 98.

Dewis developed 25 of the most significant Jaguars ever, including the C-, D- and E-types, XK140 and XK150 and XJ series, during a remarkable 33-year career as the British marque’s Test Development Engineer.

He also set a Land Speed Record for Jaguar and competed with a D-type at Le Mans and Goodwood during the 1950s, before later becoming a global ambassador for the brand.

“Putting Norman’s hugely decorated career aside, his friendly nature, captivating storytelling and unbridled enthusiasm made him exactly the kind of man you couldn’t help but want to spend time with – he will be sorely missed.” 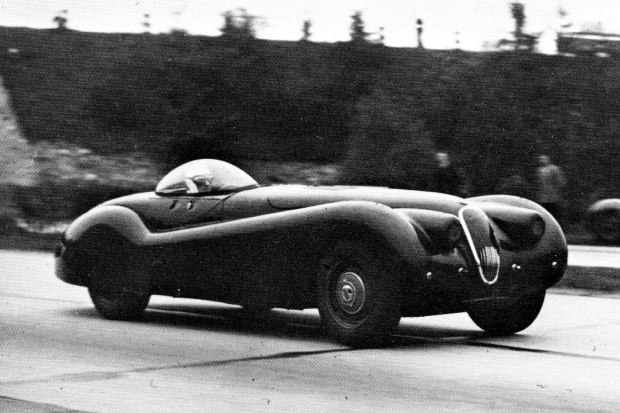 Born in Coventry in 1920, Dewis left school at 14 to work at Humber – located on the same street as his house – and then Armstrong Siddeley, before serving as an air gunner in the RAF during WW2.

After the war he worked for Lea-Francis but, in 1951, persuaded Jaguar’s Chief Engineer Bill Heynes to take him on as Test Development Engineer.

That was the start of a nearly 70-year association with the marque which saw him cover millions of test miles in every type of Big Cat; legend has it he chalked up more than a million at 100mph.

So much more than ‘just’ a test driver, he recorded his track experiences in reams of detailed notes and directly improved every production Jaguar he worked on.

Disc brakes were one such innovation that owed much to Dewis’ efforts: he used a C-type to develop them from a concept to a reality and accompanied Stirling Moss in a C-type fitted with them on the 1952 Mille Miglia. Before long, they would be seen as essential on any racing car. 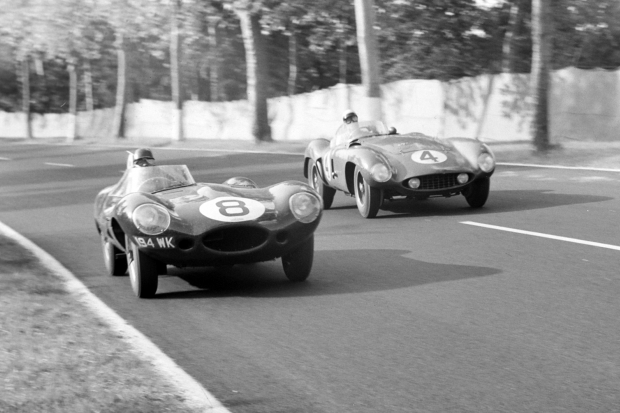 His own motorsport career peaked with an entry at the Le Mans 24 Hours in 1955, where he drove a D-type, but he also set a Land Speed Record, taking an XK120 to an incredible 172mph on the Jabbeke-Aeltre road in Belgium.

Dewis spent far more time pushing Jaguars to their limits on the high-speed MIRA track in Warwickshire than in chasing glory himself, though.

The list of cars on which he worked reads like a history of the Jaguar: from the C- and D-type racing cars to the classic XK140 and 150 sports cars, the pioneering 2.4/3.4 and Mk 2 saloons, the Mk VII and Mk VIIM models, the iconic E-type, the XJ13 mid-engined prototype, XJ saloons, the XJ-S and the ‘XJ40’ models.

Famed racing driver Mike Hawthorn reportedly had such faith in him that when he was asked to attend a test session and saw that Dewis was already there, he asked the team manager, “Why am I here? If Norman’s satisfied with it, I’m satisfied.”

He went about his work in a fearless manner, despite the obvious risks. Among the accidents he recounted were the time a D-type flipped and landed on top of him and the occasion when, while testing an XJ-13, he rolled end over end during a high-speed run; Dewis managed to walk away without a scratch, didn’t tell his wife and then was back to work the next day.

He retired in 1985 but continued to work with Jaguar, spearheading the 60th anniversary celebrations for the D-type, consulting with Jaguar Classic Works on the launch of the continuation Lightweight E-type, and acting as official ambassador to the marque.

In recognition of his services to Jaguar and the British motor industry, he received the Order of the British Empire (OBE) in 2014.

“Norman’s name will quite rightly go down in Jaguar history; without his contribution to the brand during his 33-year career, or as a global ambassador in his later years, Jaguar just wouldn’t be the same. So, I hope the world will join me and everyone associated with Jaguar Land Rover in saying: thank you, Norman.”

The forgotten allure of the duPont Model G Speedster