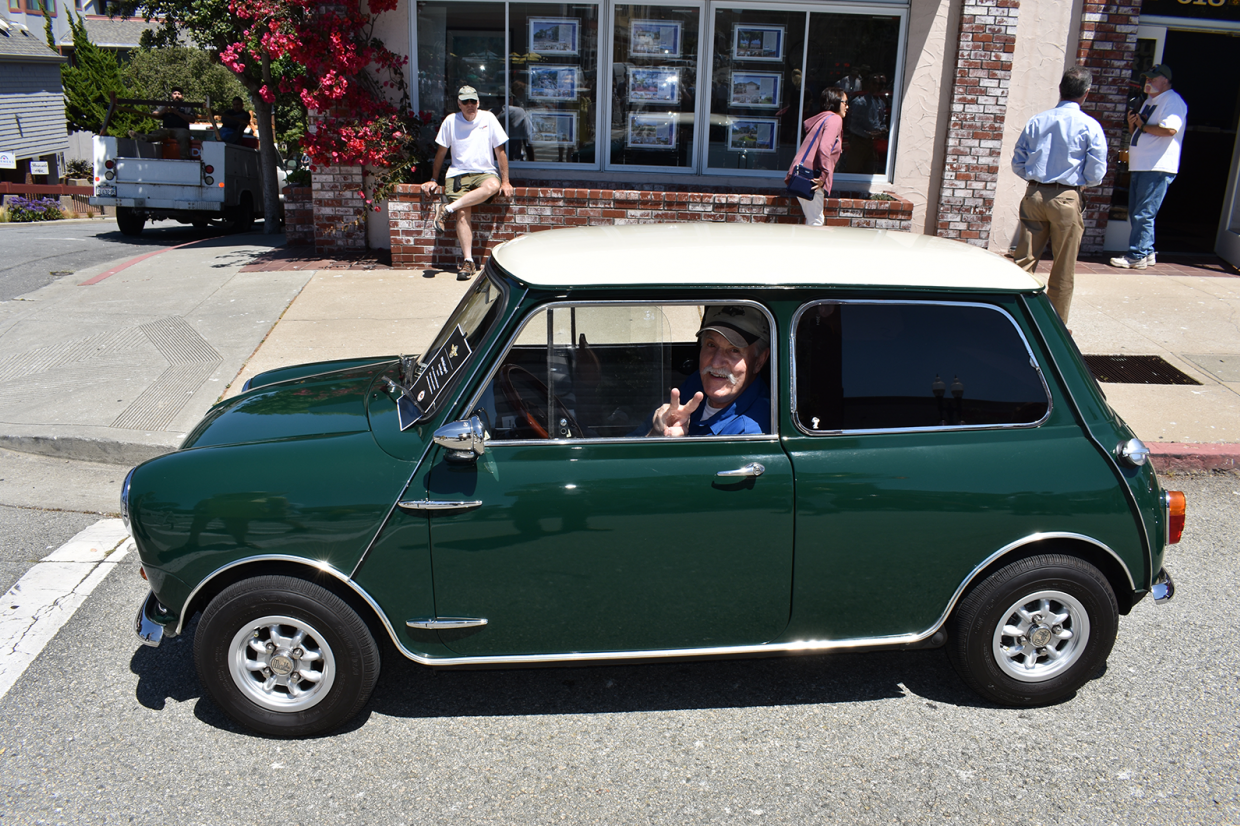 First up was The Little Car Show in the hamlet of Pacific Grove; this relaxed and totally free event featured a wealth of oddball cars of mainly European origin, although we also loved the two Crosleys – a Hotshot roadster and Greg Smedsrud’s wonderful Woody Wagon, complete with surfboard and said to be the first vehicle to be described as a ‘sports utility’.

As you might expect from its name, The Little Car Show also featured a line of Minis headed by Jerry Del Castello’s 1966 Cooper ‘S’ (main image). “I’ve been wanting one since I was 19, in ’69,” he said. “I went to see The Italian Job and told my girlfriend, ‘Damn, I want one of those.’

“I went to the nearest dealership and they were too much money, but I told myself that some day I was going to get one – and I got this in 2014. It’s named Millie after my mom – it’s a tribute to her.” 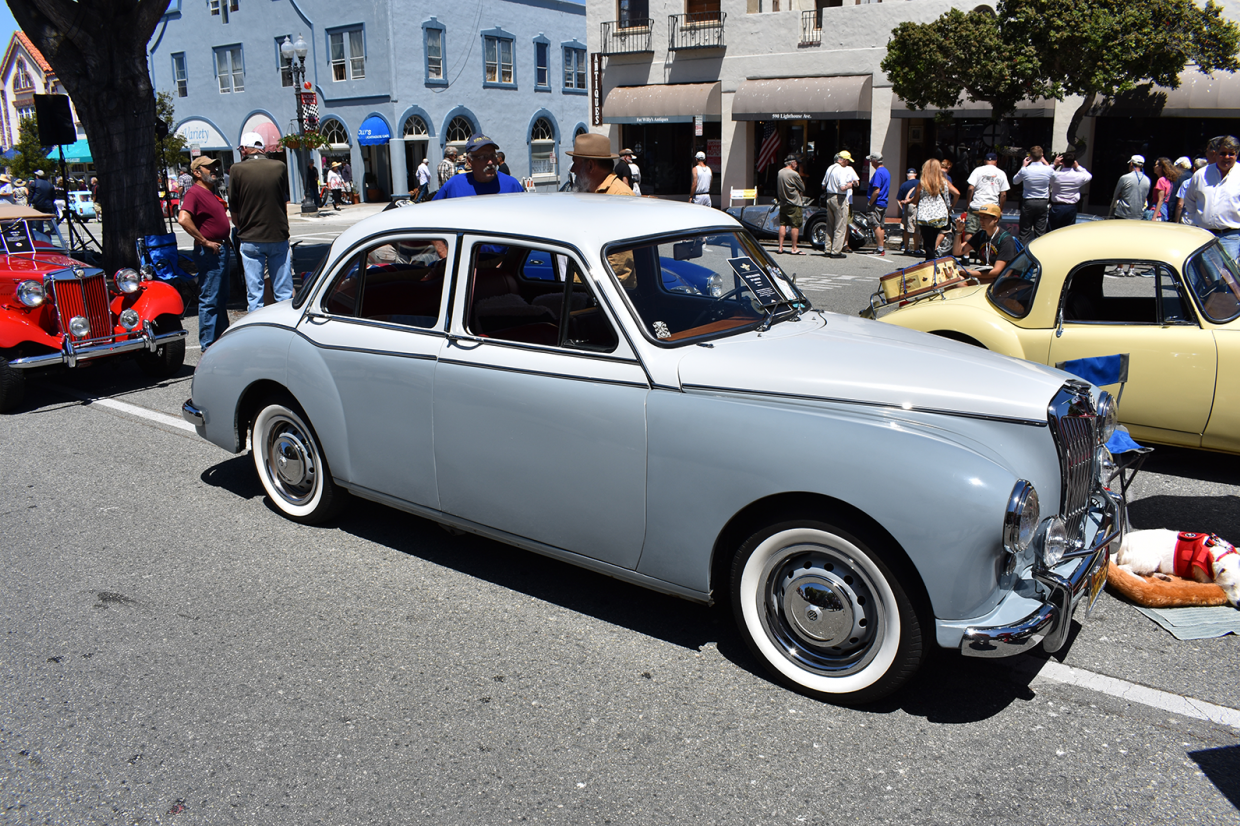 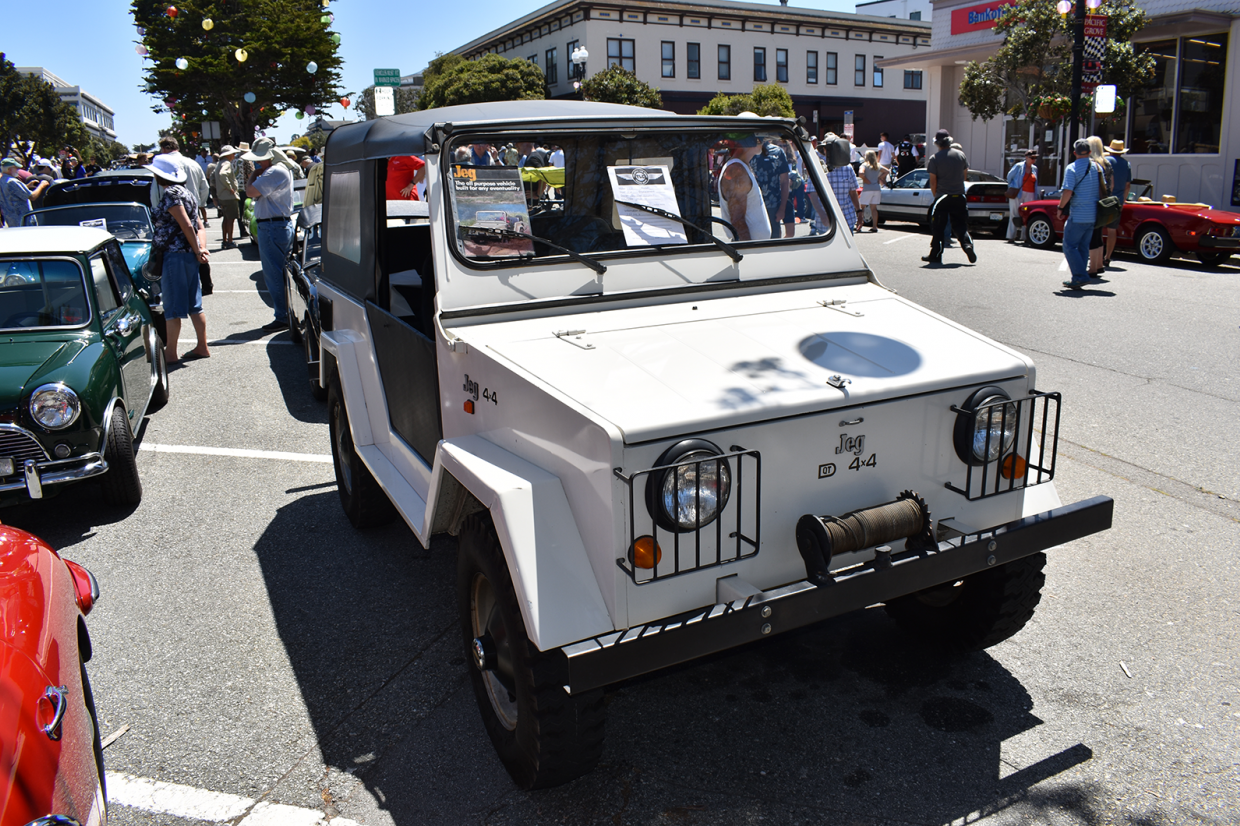 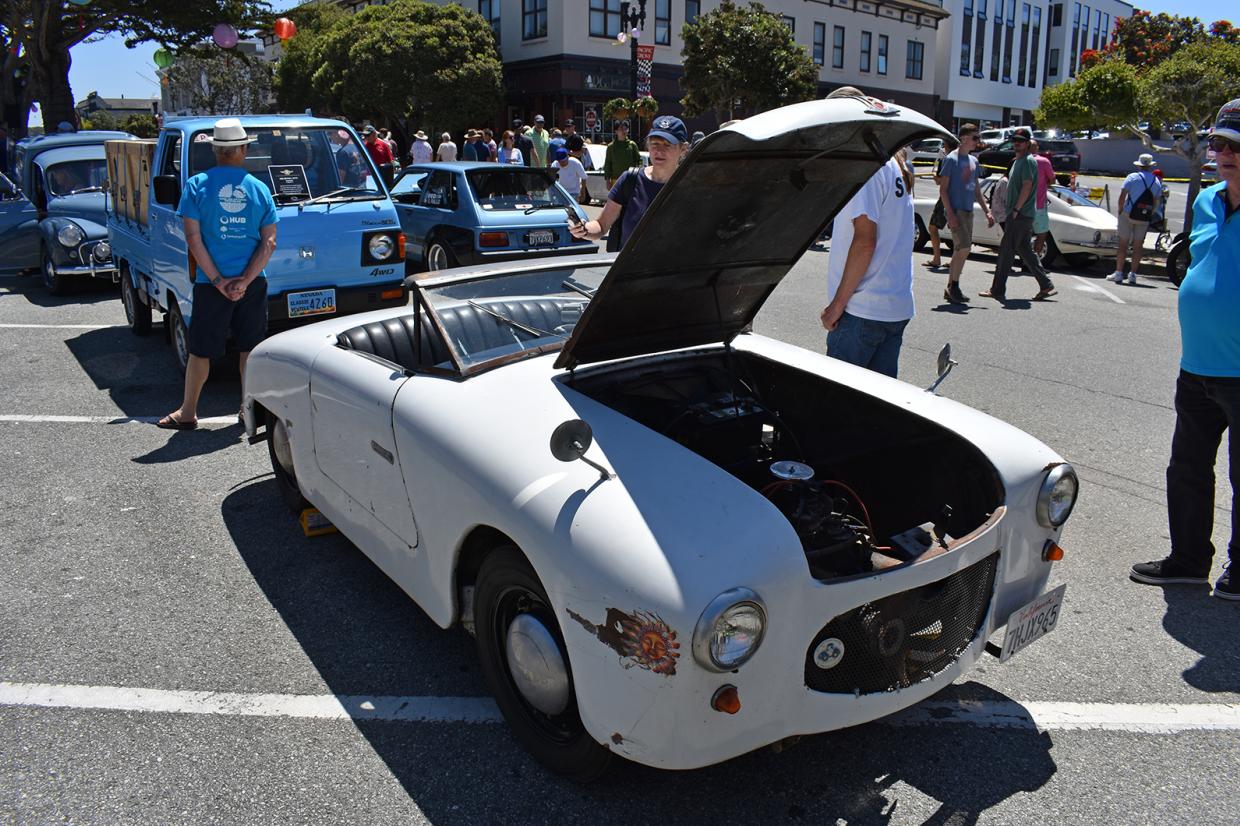 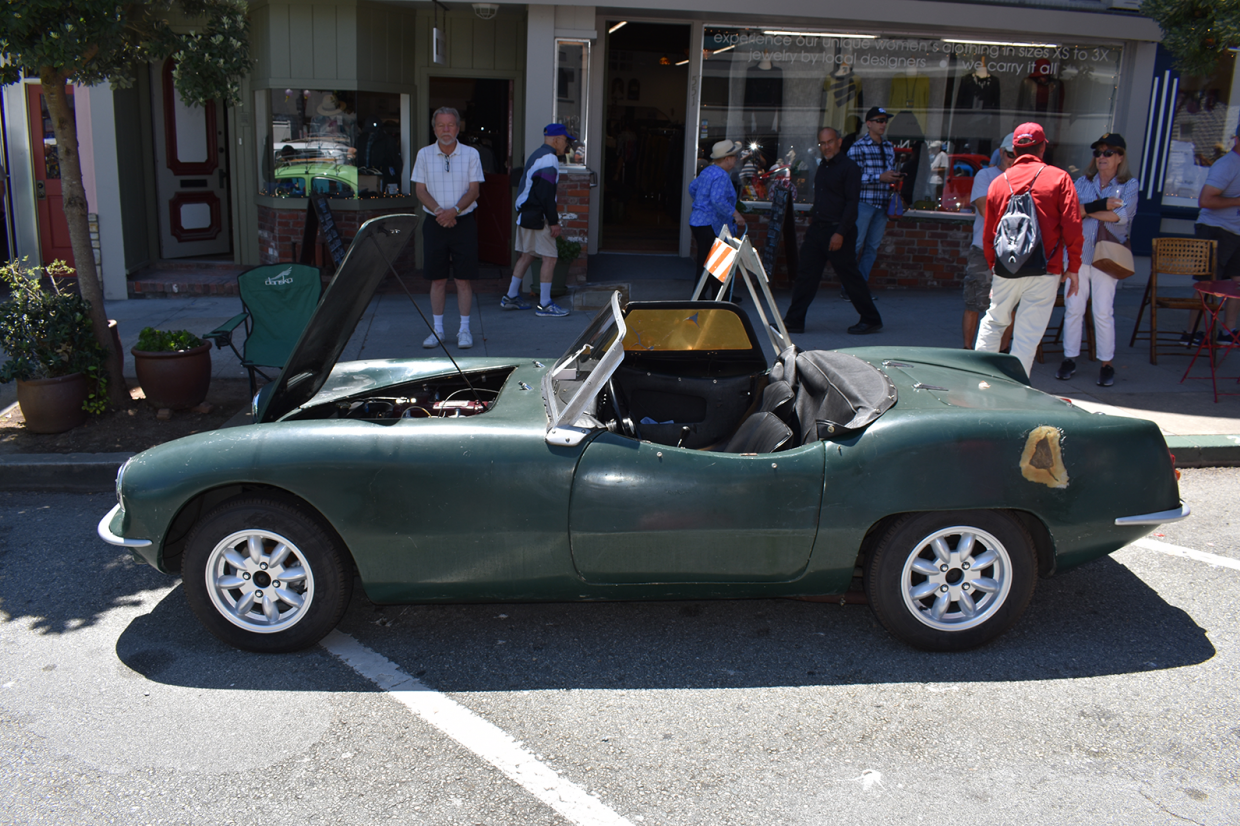 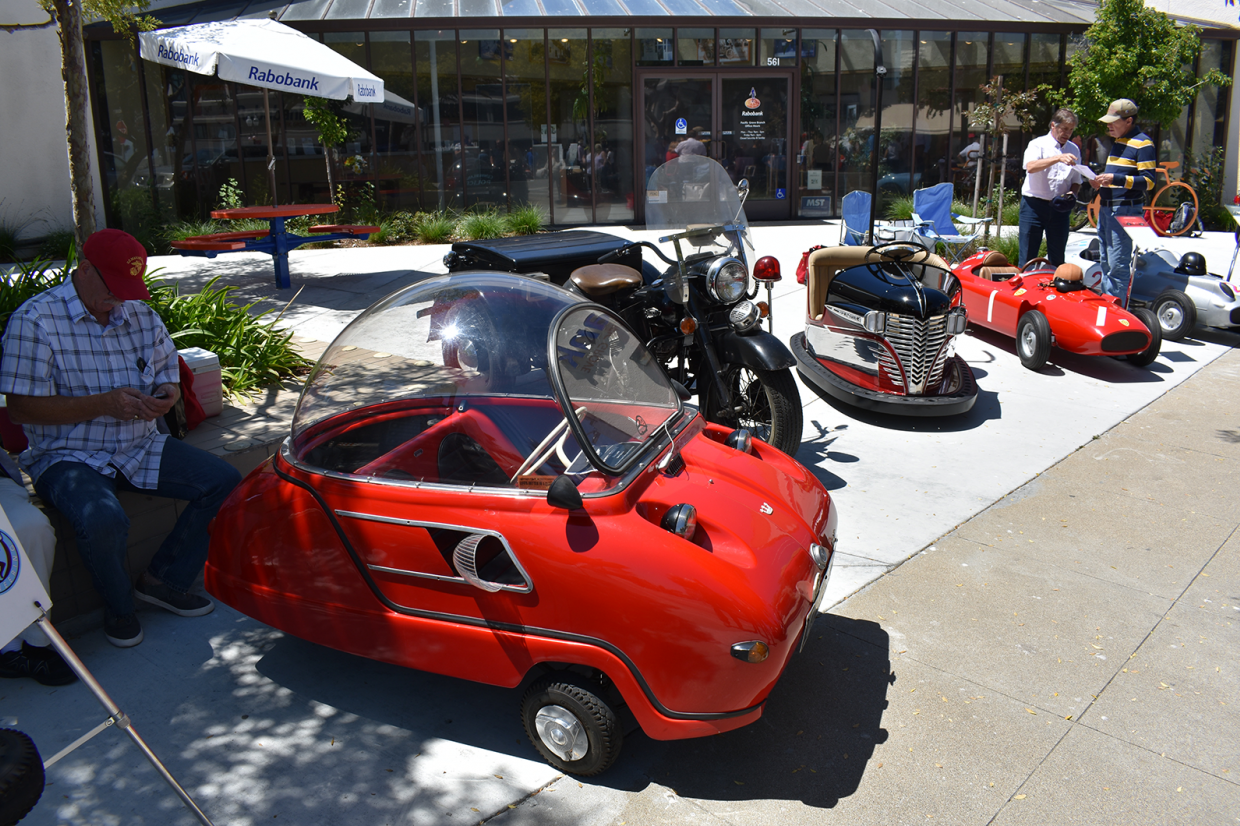 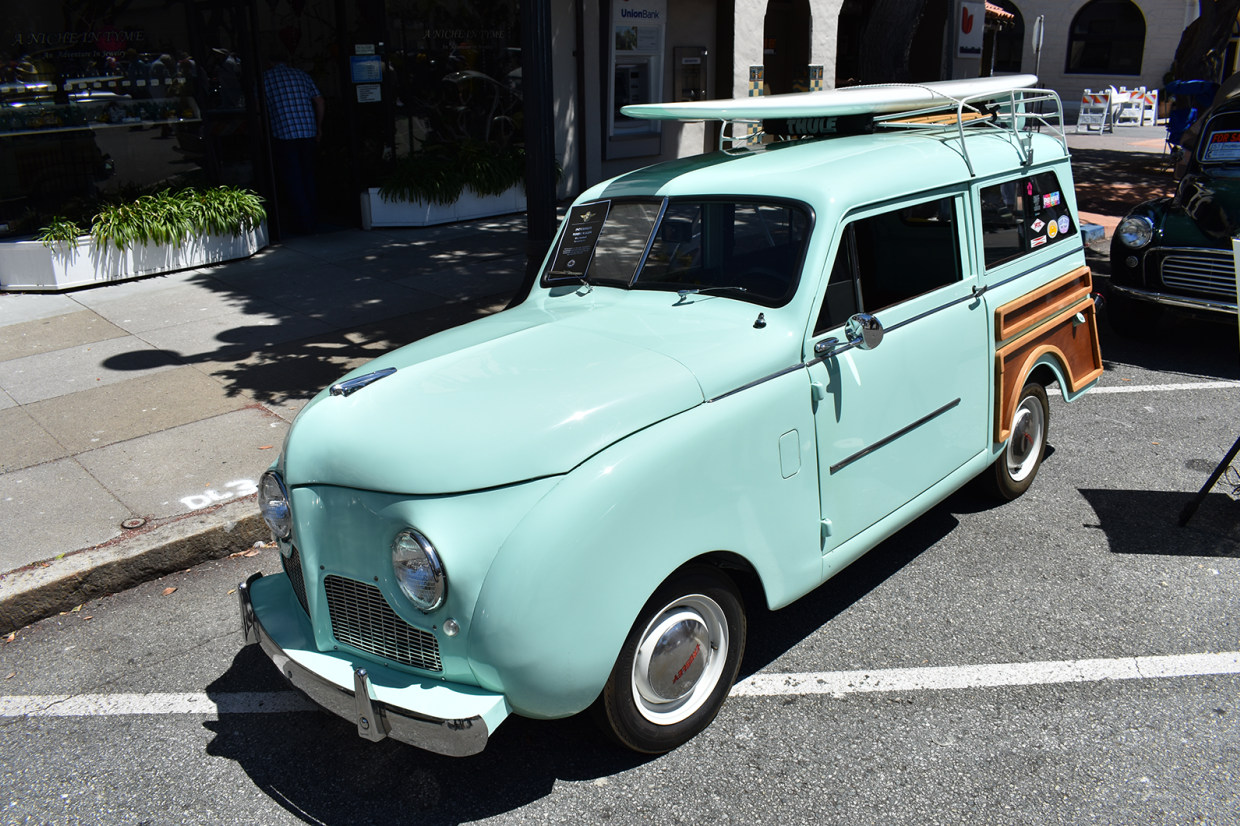 Among the more unexpected sights were Mike Rhea’s 1953 Panhard Dyna Junior – one of three examples of the quirky French marque – along with a Peel Trident bubble car, a Brazilian-built 1967 Puma GTI and Frank Balistreri’s 1963 Elva Courier.

But perhaps most intriguing of all was Ray Schubert’s 1979 Jeg, one of three examples built of this Volkswagen-based four-wheel drive utility vehicle. 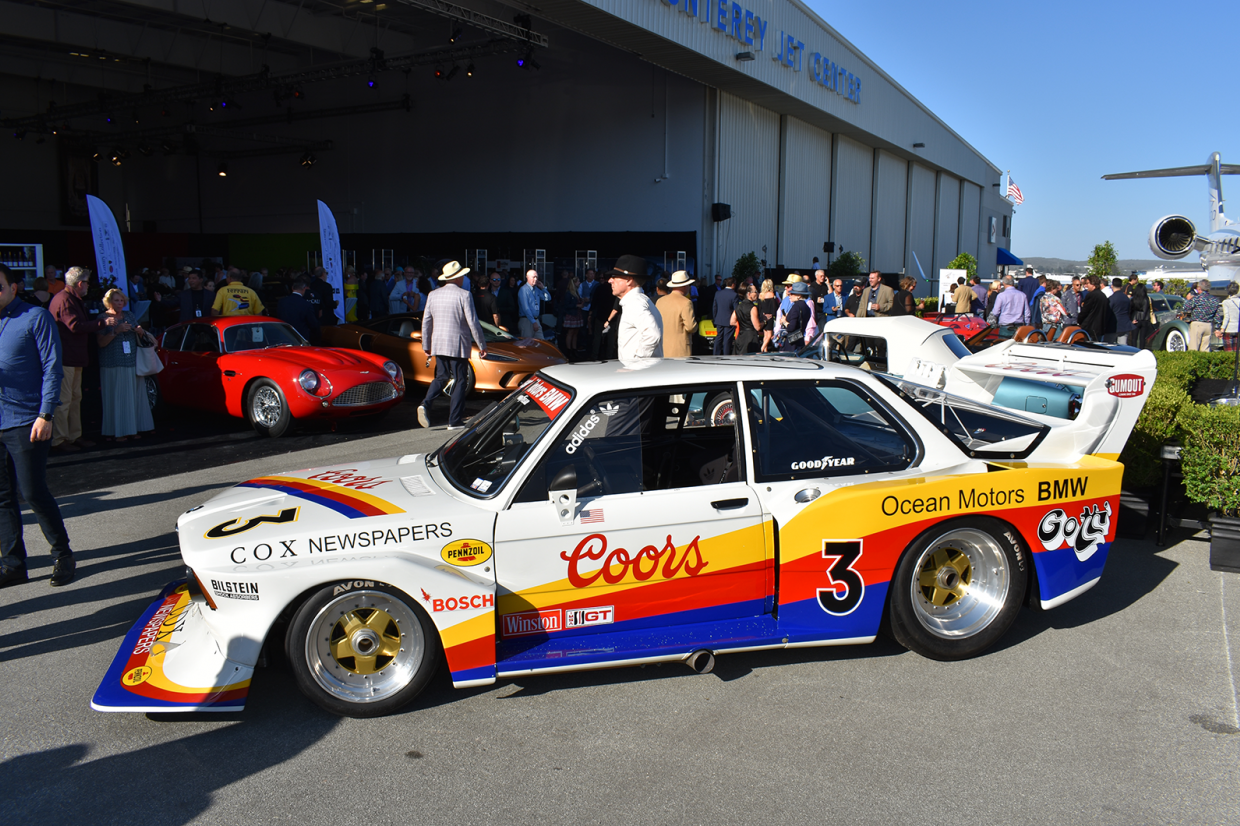 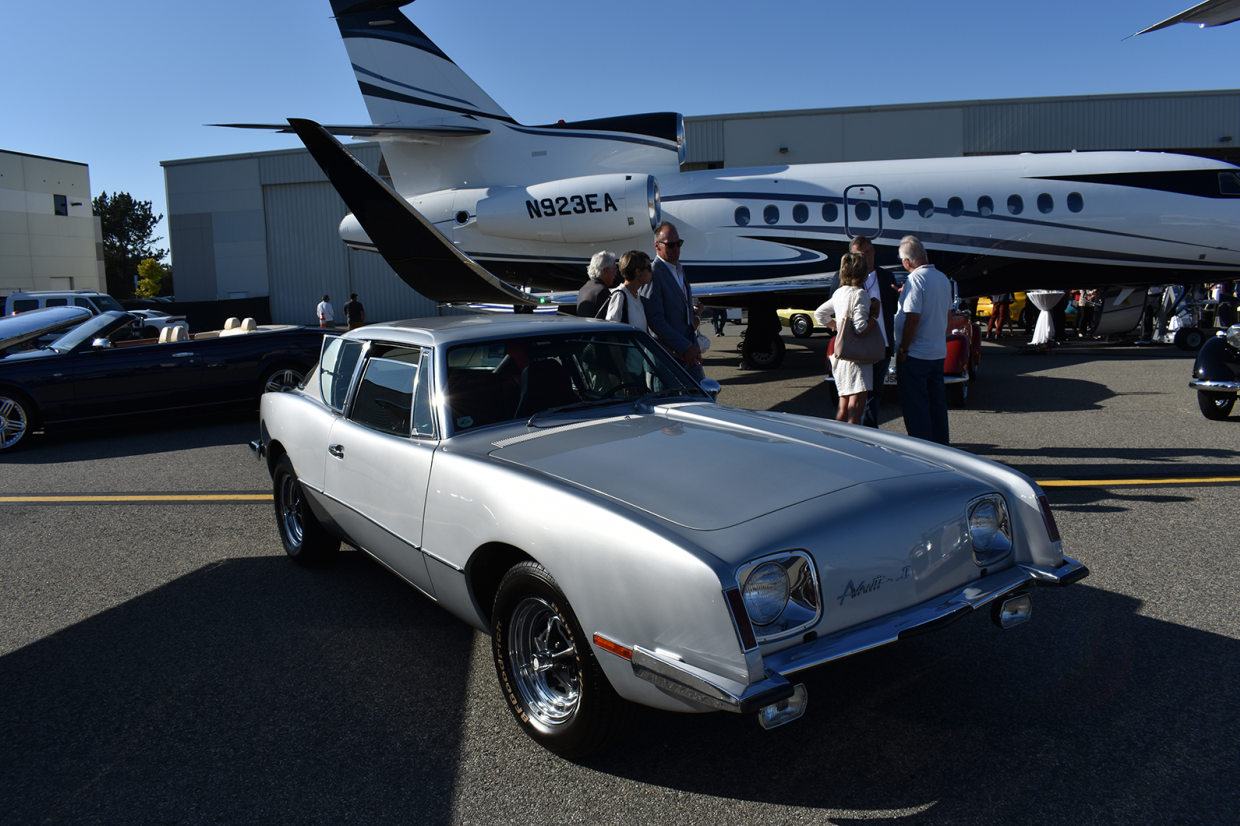 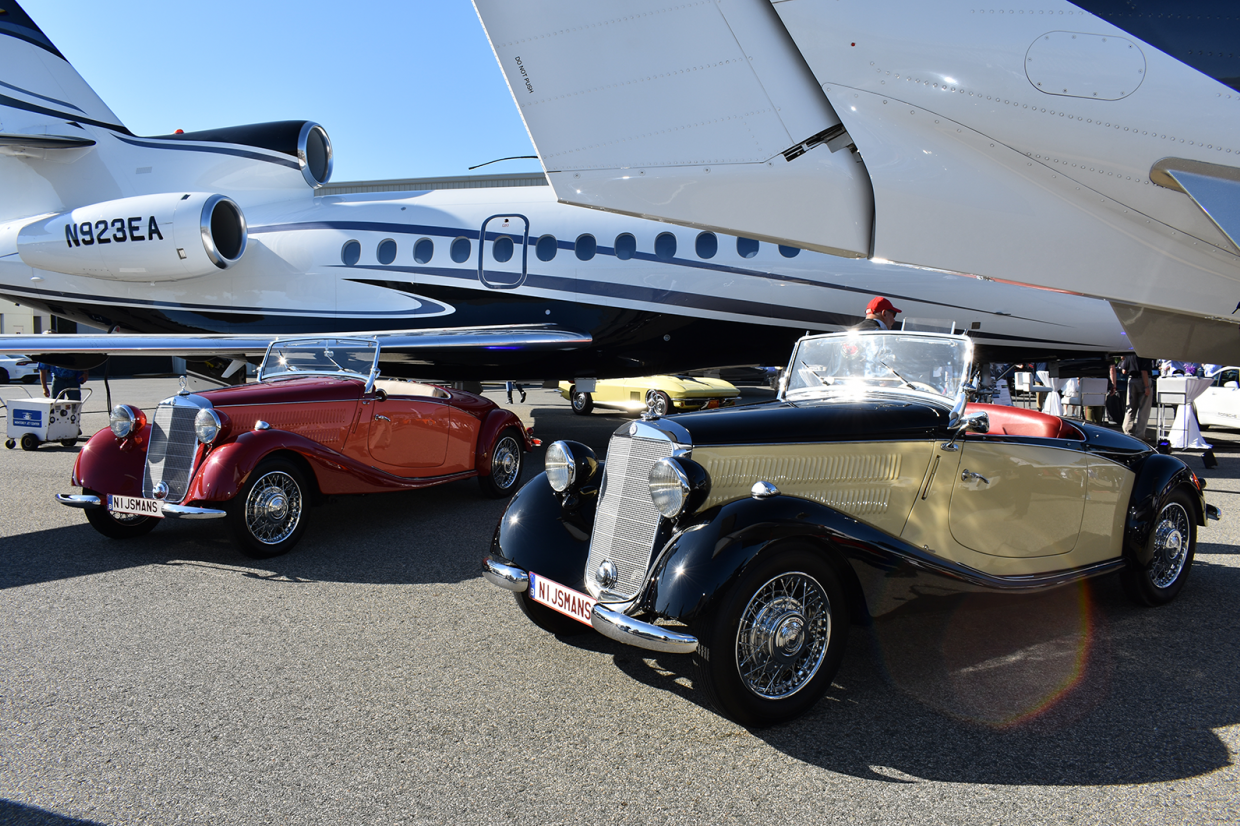 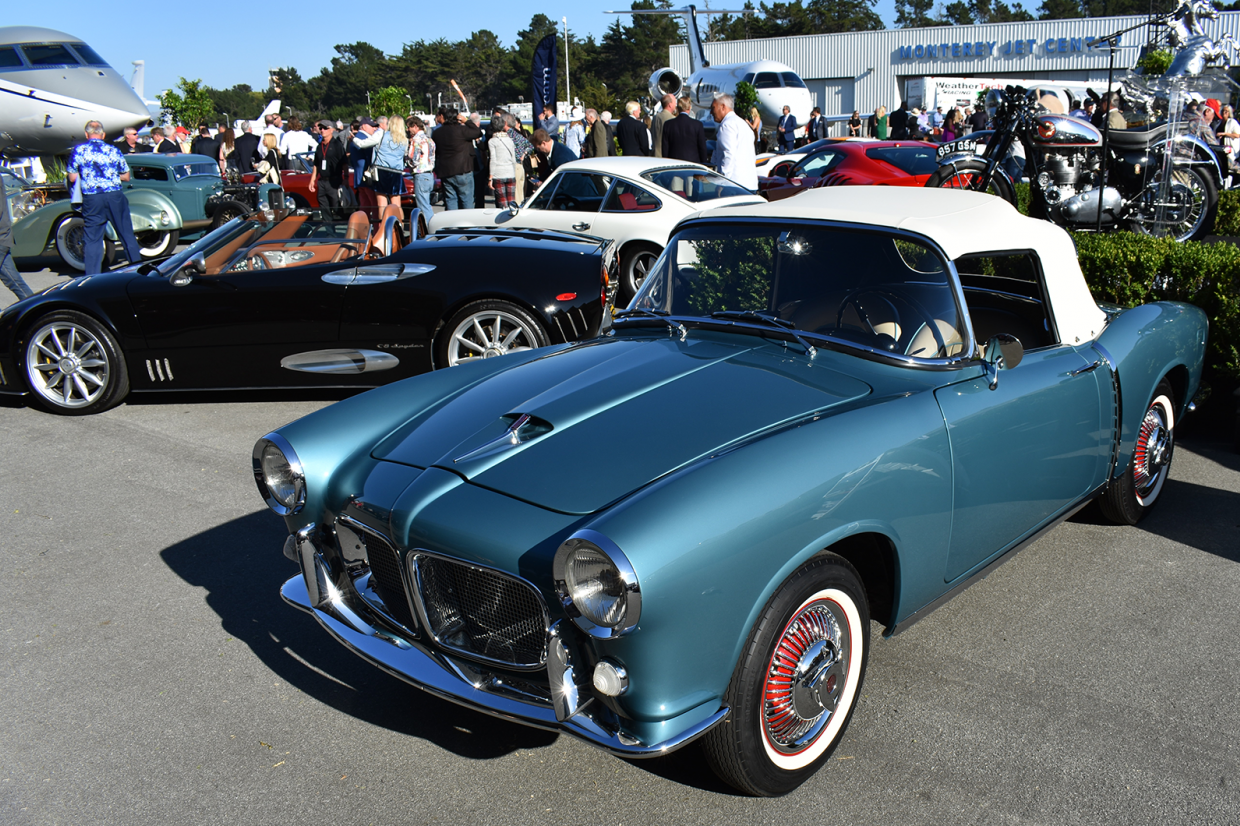 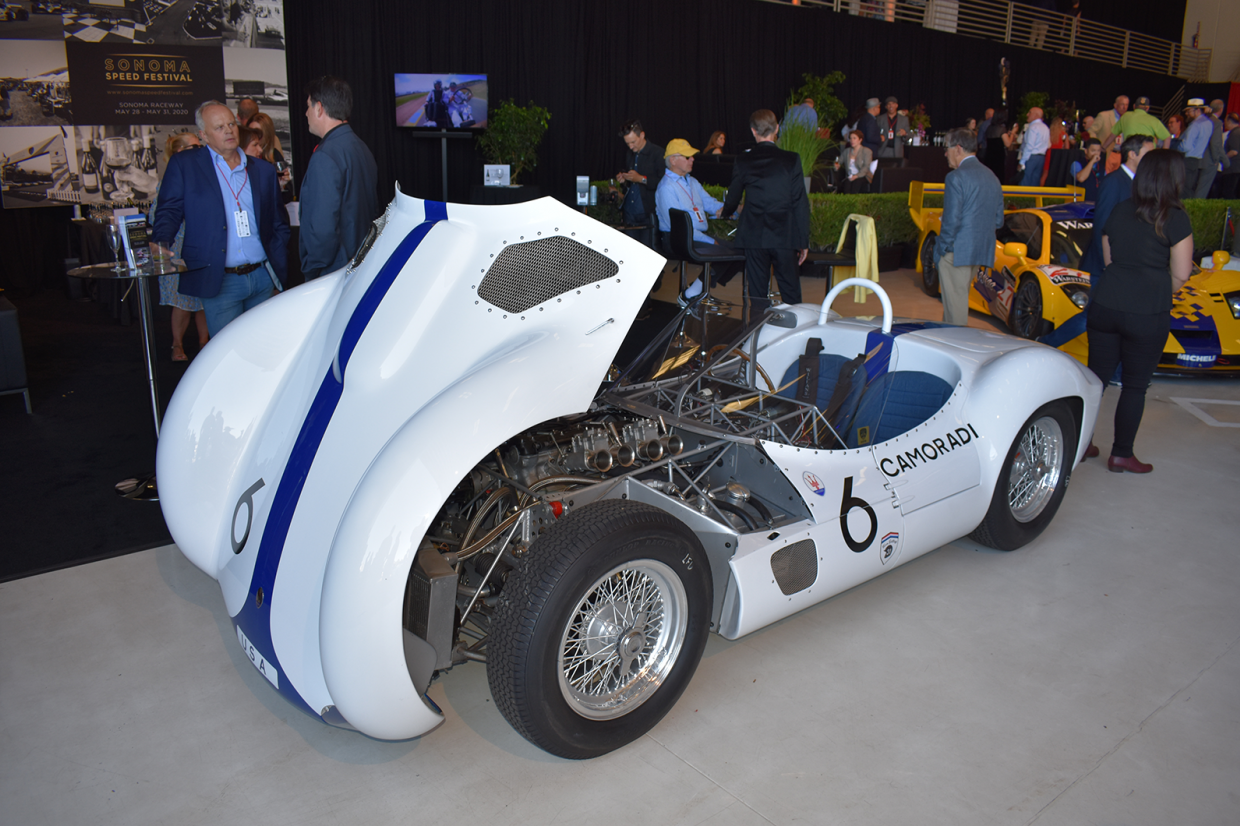 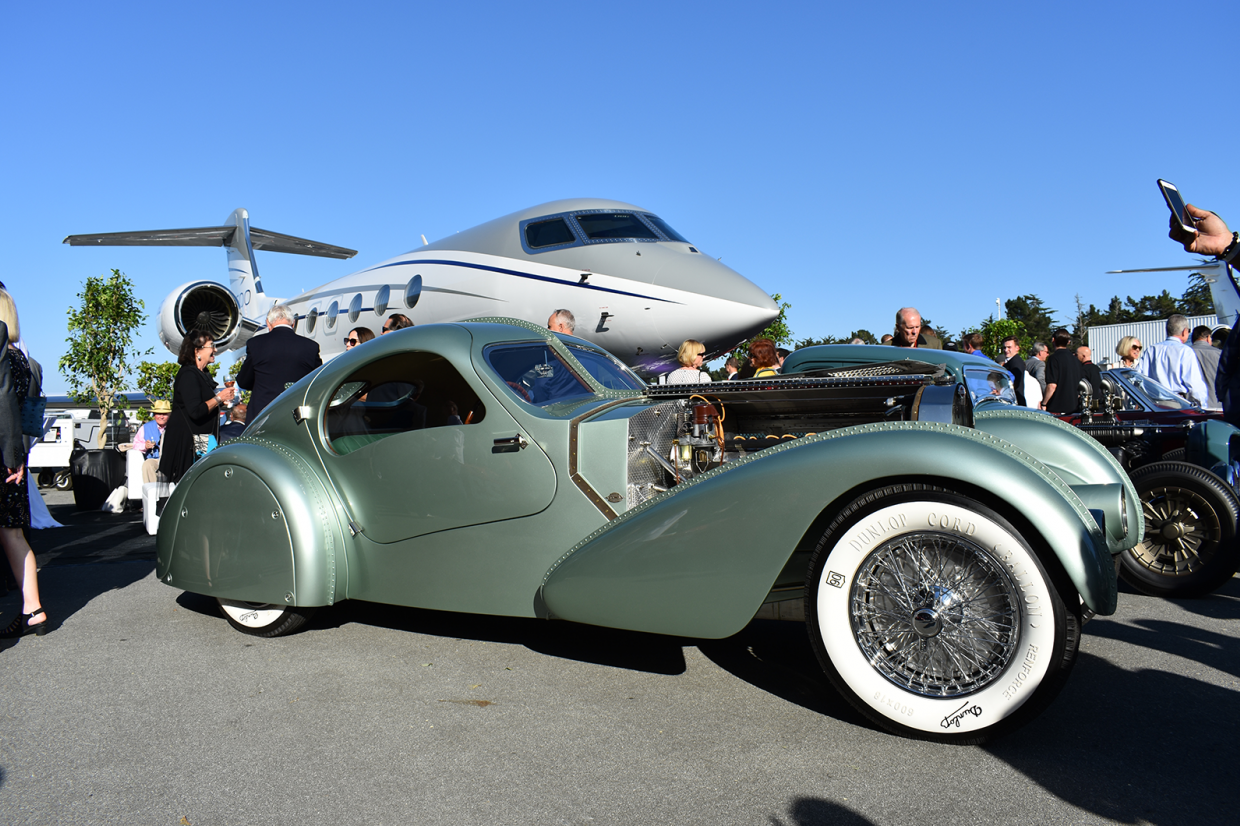 When The Little Car Show ended at 5pm, those who made the journey up from Pacific Grove to the Monterey Jet Center, on the outskirts of the airport, would have got a culture shock.

McCall’s Motorworks Revival has long been seen as one of the opening ‘blue riband’ Monterey events, and those who forked out several hundred dollars for a ticket could enjoy a smattering of high-value classics, supercars and restomods against a backdrop of historic aircraft and private jets.

Unfortunately there was no information about any of the cars on show, but we were able to pick out a few favourites including a gorgeous powder-blue Porsche 911 Carrera RS 2.7, a trio of Mercedes roadsters from Belgium, a Corvette-powered Avanti II and the incredible Jim Busby Racing IMSA BMW 320 Turbo.

Inside the hangar was a small display of sports-racing machinery including a Ferrari Testa Rossa and ‘Birdcage’ Maserati, but our reporters were more taken with the lovely Pininfarina-bodied Fiat 1100 TV parked outside, along with the stunning Bugatti Aérolithe recreation, which seemed to glow in the California sunshine. 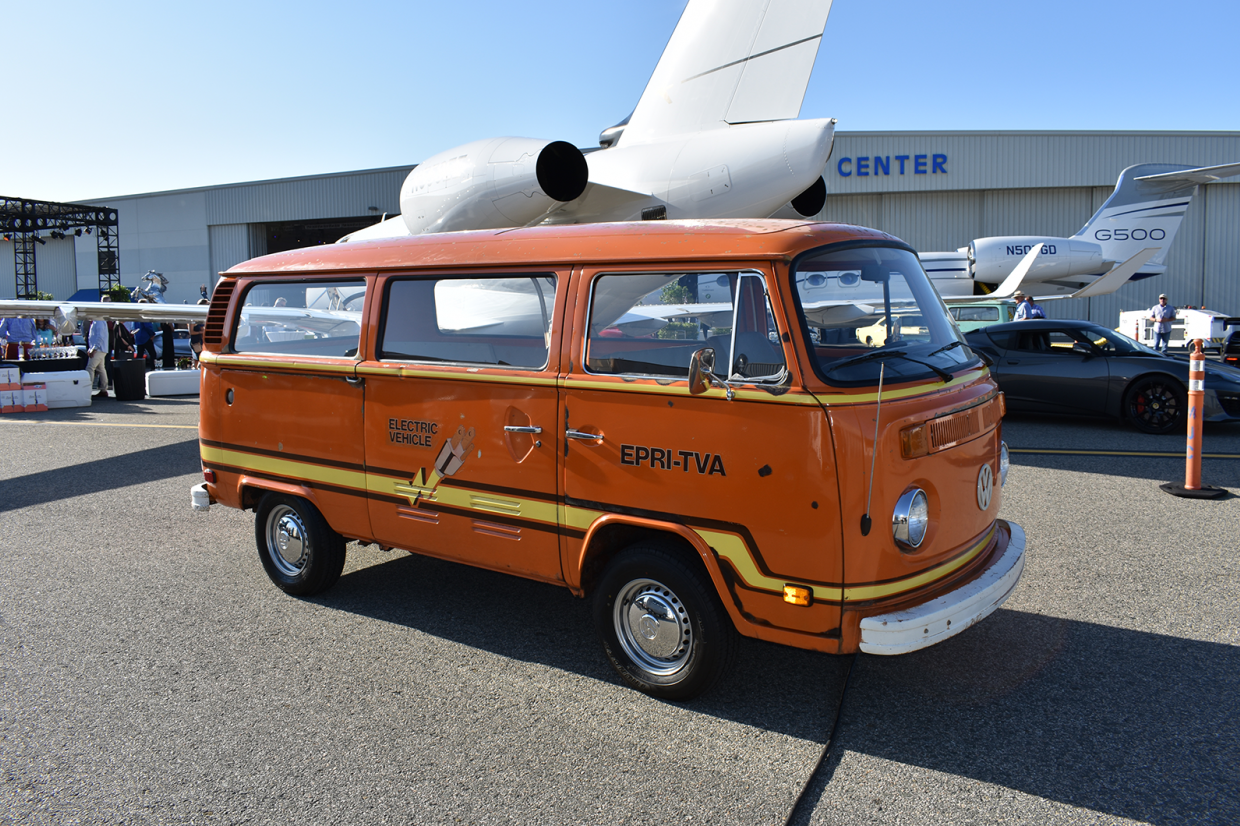 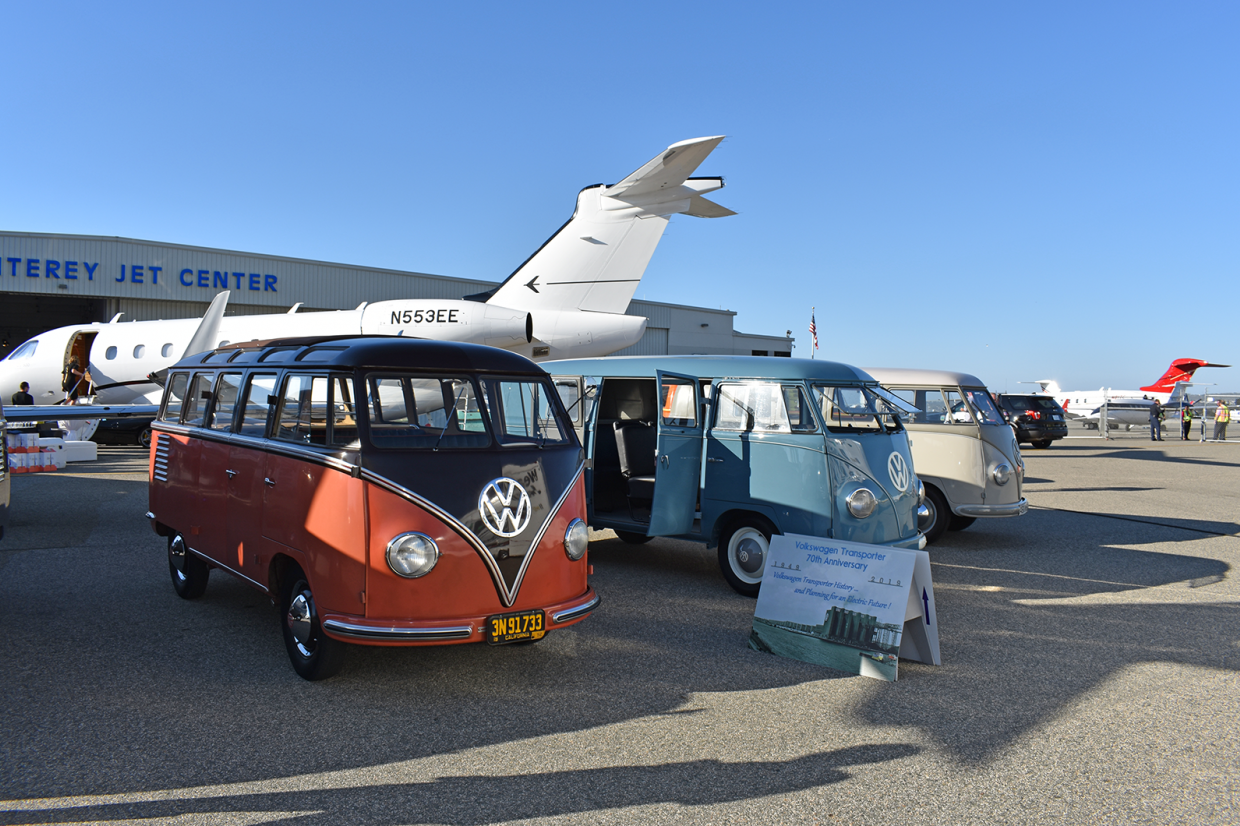 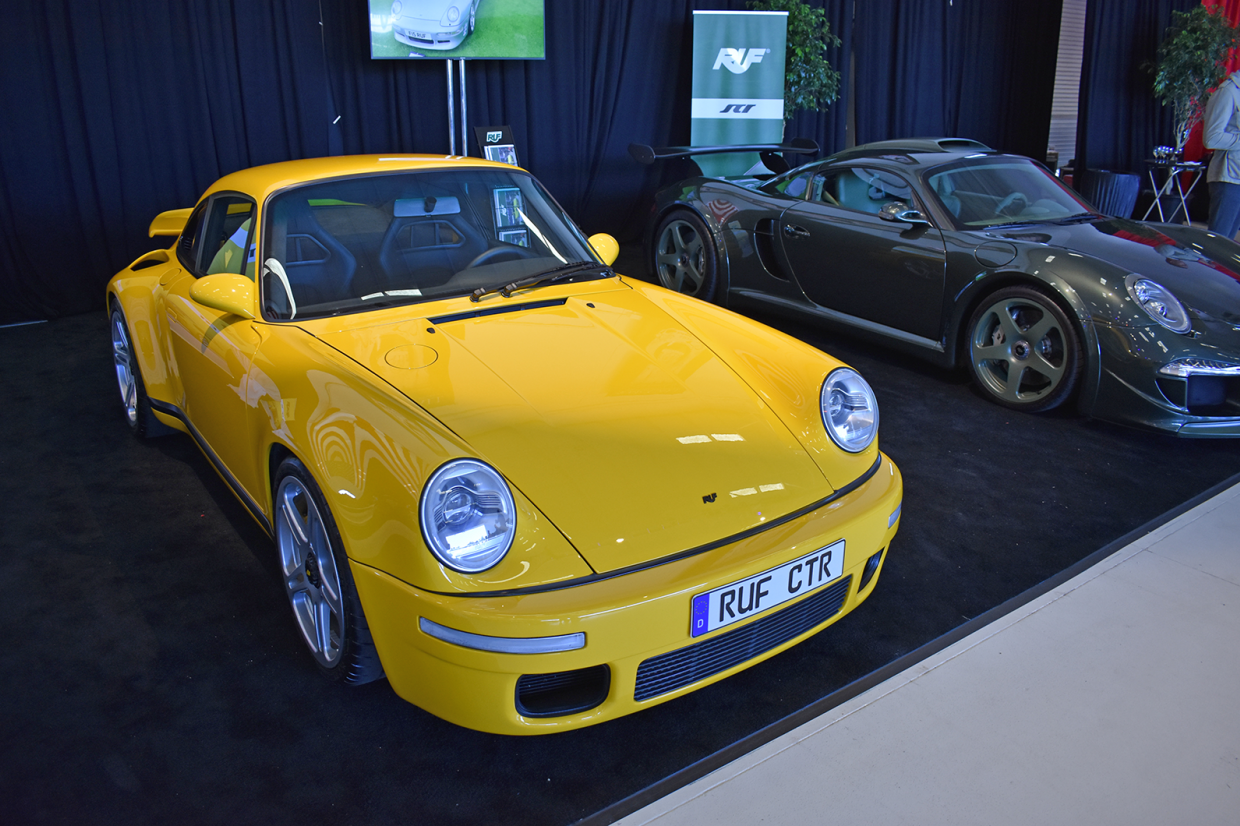 A pair of RUFs supercars – SCR and 911-based CTR – were on hand to mark the German Porsche tuner’s seven decades in business.

There was another, slightly slower, 70th-anniversary display for the Volkswagen Transporter, including a highly original 23-window Samba Microbus ‘Splittie’ rumoured to be worth nearly seven figures, along with R Lind Bjornsen’s fascinating electric ‘Bay window’ Type 2.

One of between 80 and 100 built, and one of eight known to survive, the pioneering EV has a range of 35-40 miles. “It’s the heaviest VW bus ever produced in the first two generations,” said Bjornsen, “and also has the least power.” Now fitted with a dozen 12V cells, it originally featured 24 6V units in a replaceable battery pack.

Two ends of the Monterey motoring spectrum, but the wonderful – and completely free – Little Car Show will likely be the event that lives longest in the memory.