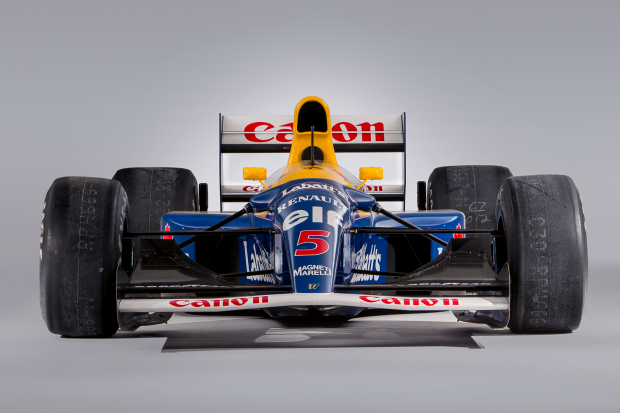 It was one of the most dominant of all Formula 1 cars and helped Nigel Mansell to his first and only World Driver’s Championship – now this Williams-Renault FW14B will be sold by Bonhams later this year.

Chassis ‘08’ was driven by Mansell in the first seven races of the 1992 season, and by his teammate Riccardo Patrese in a further six.

It performed superbly, particularly under Mansell’s control, with the British man taking it to victory in the first five races – a record at the time – and second in one more. It also scored a couple of points finishes for Patrese, and secured pole position in seven of its 13 qualifying sessions.

Now it will be offered for auction at Bonhams’ Goodwood Festival of Speed sale in July, and although we don’t yet have an estimated price for it, we suspect it will fetch several million pounds. 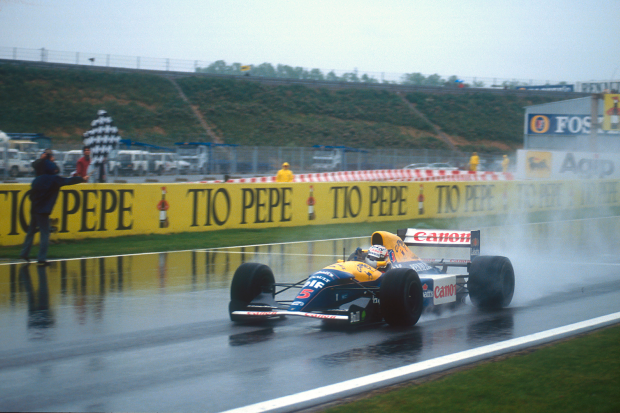 The 1992 season was Mansell’s finest: after finishing second in the F1 Championship three times in the previous six seasons, he finally had his title – and in some style.

The Brit was seconds faster than the rest of the field at almost every race, piloting his Williams – known as ‘Red 5’ for obvious reasons – to victory in nine of the 16 Grands Prix. That record stood for a decade, until Michael Schumacher surpassed it in 2002, while his final tally of 14 poles also set a new benchmark (this one lasted until Sebastien Vettel beat it in 2011).

The Williams FW14B was a huge factor in Mansell’s dominance, and even 27 years on it remains one of the most advanced F1 cars ever; many of the innovations employed on it were outlawed in future seasons.

The car will go to auction in full running order

After retiring from F1, Chassis 08 was kept in pristine condition by Williams Grand Prix Engineering and then a single private owner, and it goes to auction in running order. Indeed, both its V10-cylinder engine and hydraulic active-suspension system have been exercised in recent weeks.

Mark Osborne, Global Director of Motorsport at Bonhams, said: “The FW14B was the high-water mark in Grand Prix design for ’92. It was so dominant that it trounced the competition in 10 of the 16 rounds of the Championship, with records tumbling along the way.

“As a young man, and along with a nation, I was in patriotic awe of the brilliance of the British Williams cars, and of Red 5 in particular.

“Chassis 8 was the focus of that adulation – the best of the breed – and in Mansell’s hands it took the first five rounds of the Championship.

“The FW14B was then and remains today one of the most sophisticated cars to compete in F1, and we at Bonhams are honoured to have been entrusted with such a motor racing legend.”

Bonhams’ auction at the Goodwood Festival of Speed will take place on 5 July 2019.