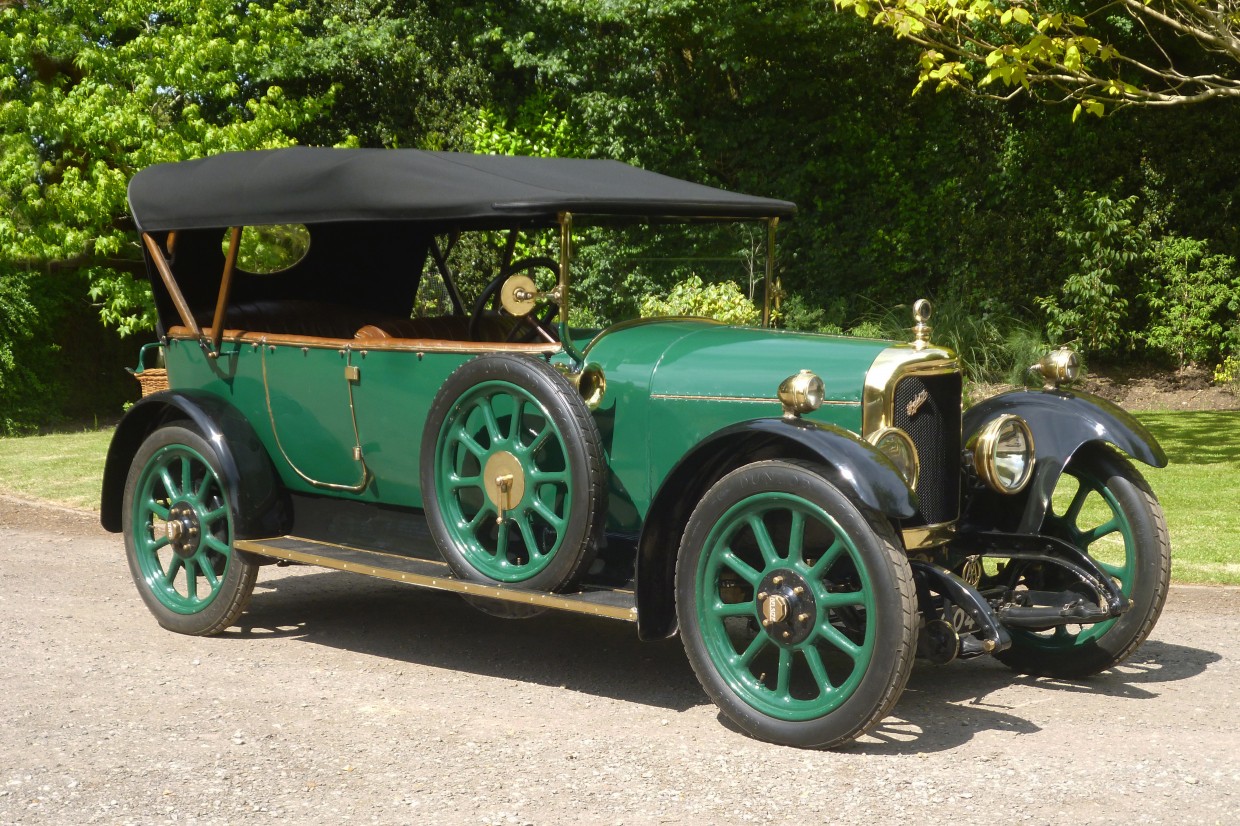 This hugely rare 1919 Belsize 15/20 Open Tourer will take a starring role at Cheffins’ 23 October sale, in Sutton, near Ely, in Cambridgeshire.

The imposing pre-war tourer was the first car to be built by Belsize Motors Ltd following the end of WW1, and the only road car turned out by the factory in 1919.

The prototype was tested extensively by period automotive magazines and performed so well that no mechanical changes were made by the time the model entered full production the following year.

Powered by a 3048cc ‘four’ with a four-speed gearbox, both of the firm’s own design, SV 9204 represents a rare opportunity to own a significant machine from the history of a lost marque.

The company was established in 1897 as Marshall & Co of Belsize Works, Clayton, Manchester, and it was one of the bigger car makers prior to the outbreak of war.

However, by 1925 Belsize had ceased production, a victim of material shortages and a decline in desirability caused by the comparative success of its commercial division.

A rare survivor, this car, SV 9204, was used solely for publicity for its first two years, going on to serve the same purpose in later life when it was bought by Whitakers Chocolatiers and painted brown.

The colour was eventually returned to its original green and black in 2004, and by 2014 the car had passed into the hands of the current vendor, who sympathetically restored a number of the car’s crucial systems.

Originally sold for £595 (plus £30 for the optional electric self-starter), this rare Belsize is now expected to fetch between £25-30,000 when it goes under the hammer this month.

The unique Morgan 4/4 that came out the shadows

Is this Britain’s greatest barn-find?