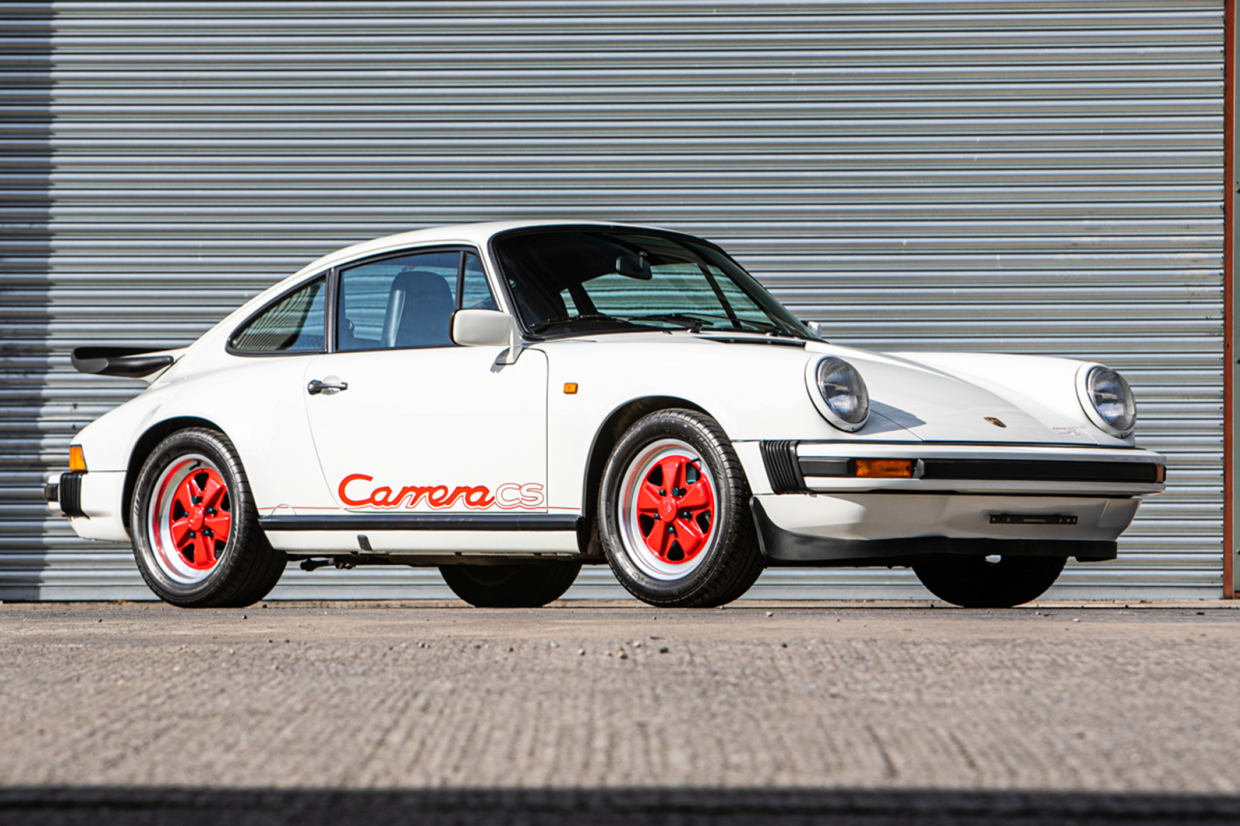 This 1988 Porsche 911 Carrera 3.2 Clubsport is one of just 53 right-hand-drive examples – and it’s being offered with no reserve at Silverstone Auctions’ forthcoming sale.

It’s one of a trio of superb Zuffenhausen models heading to the dedicated Porsche auction from the same private collection, all of which will be sold with no reserve. 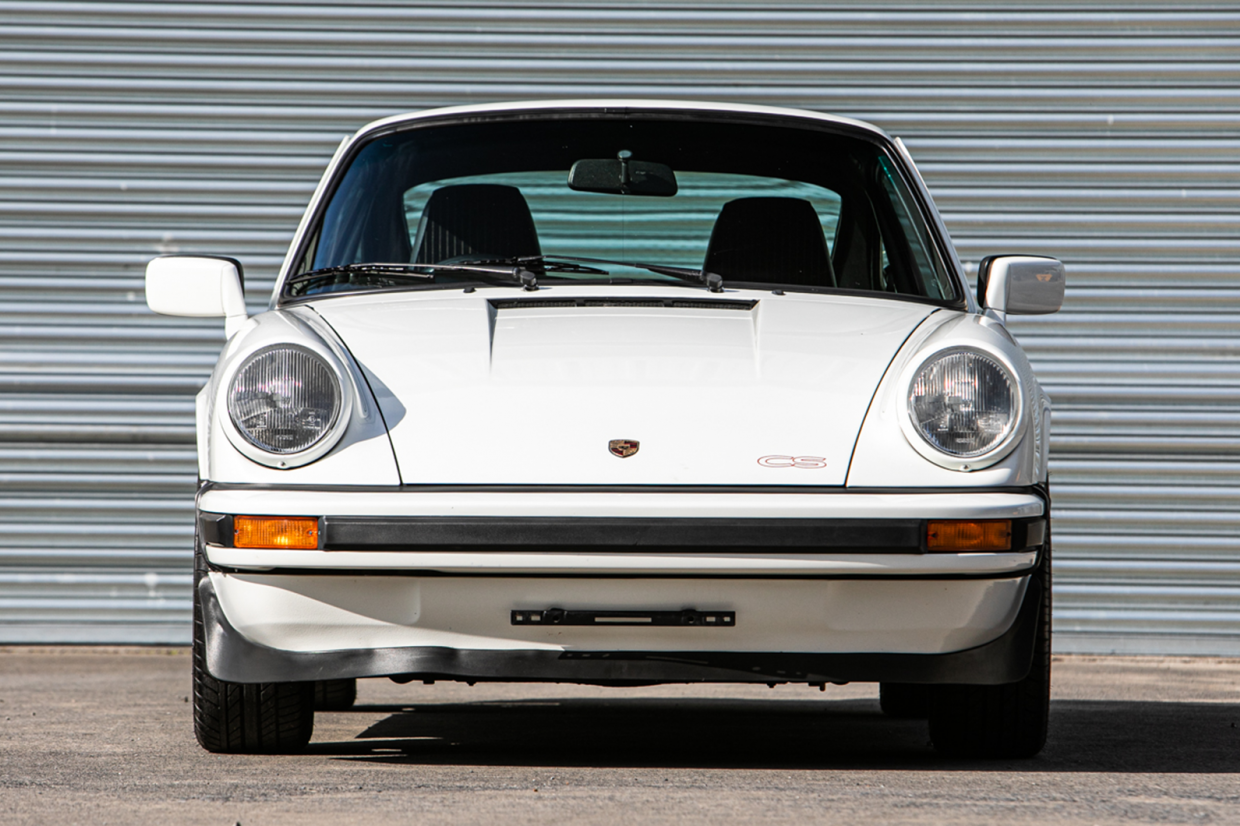 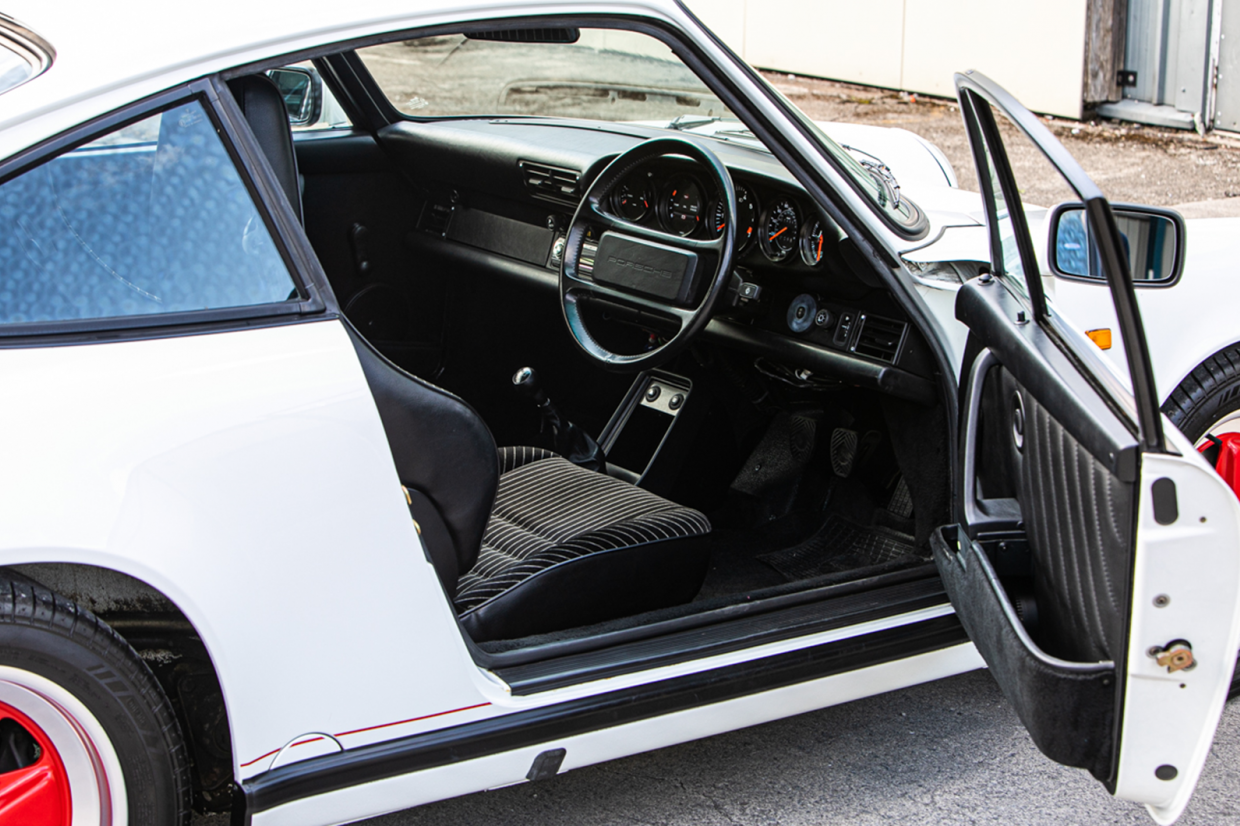 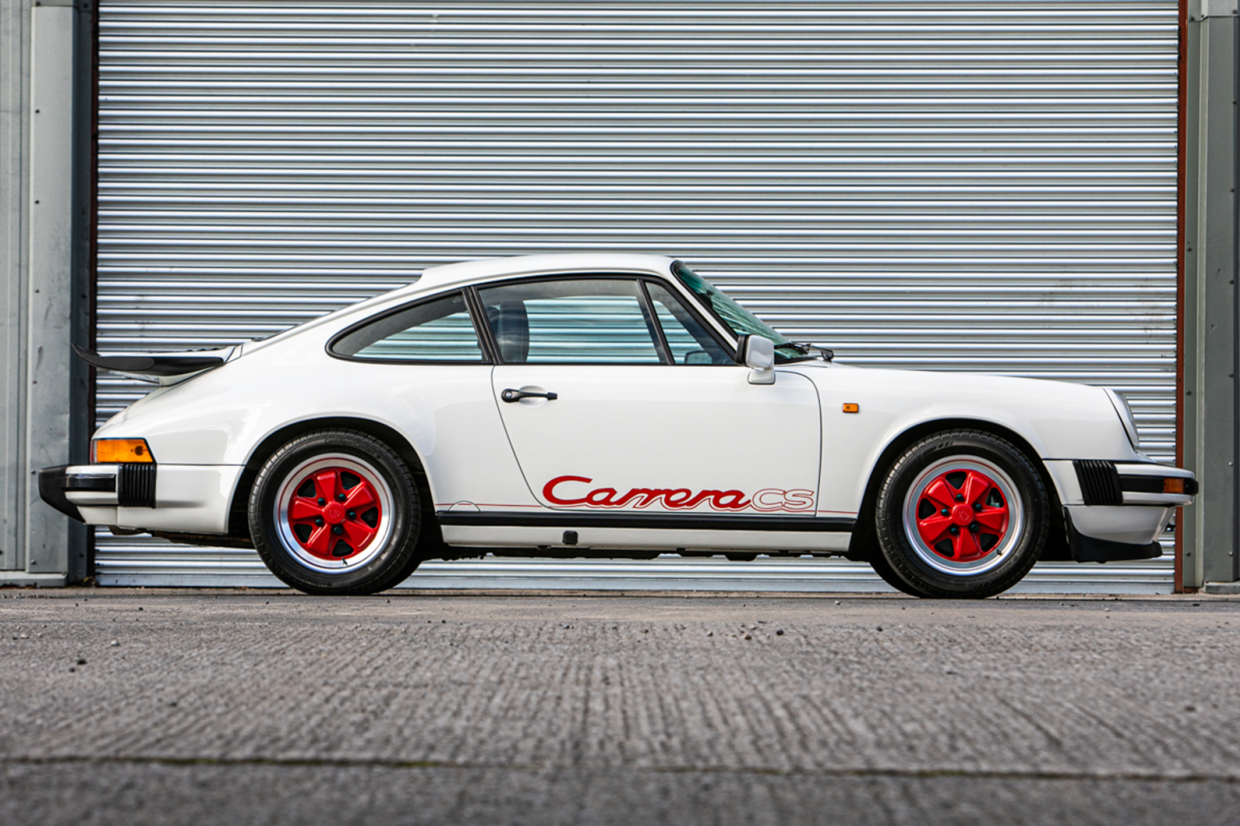 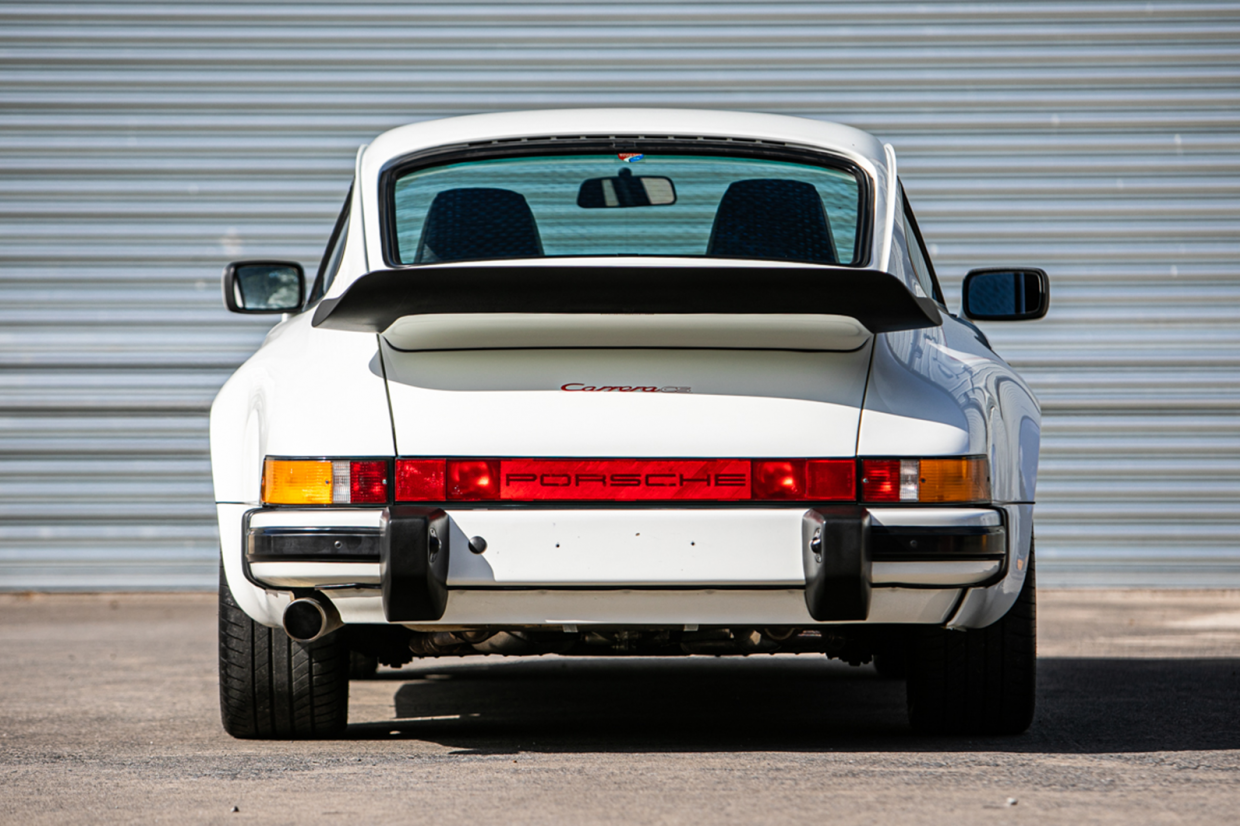 The 3.2 Clubsport was the first to carry the now sought-after CS designation, which marked the fact that it was both faster and lighter than the standard model.

How did it achieve those twin feats? Well, the rear seats, electric windows, sound deadening and even the passenger’s sun visor were all stripped out in the battle to shed weight, while lightweight inlet valves and a reprogrammed ECU helped it rev more freely and 300rpm higher.

The result of all those changes was a car that was around 100kg lighter than the original and could hit a top speed of 156mph, making it the fastest normally aspirated 911 available.

Only 340 were produced in total, and of those a mere 53 arrived in right-hand drive form.

This example, which looks stunning in Grand Prix White with Guards Red Fuchs alloys, was supplied new by AFN Guildford in October 1988, and has since covered fewer than 60,000 miles; expect it to attract plenty of attention on 21 September. 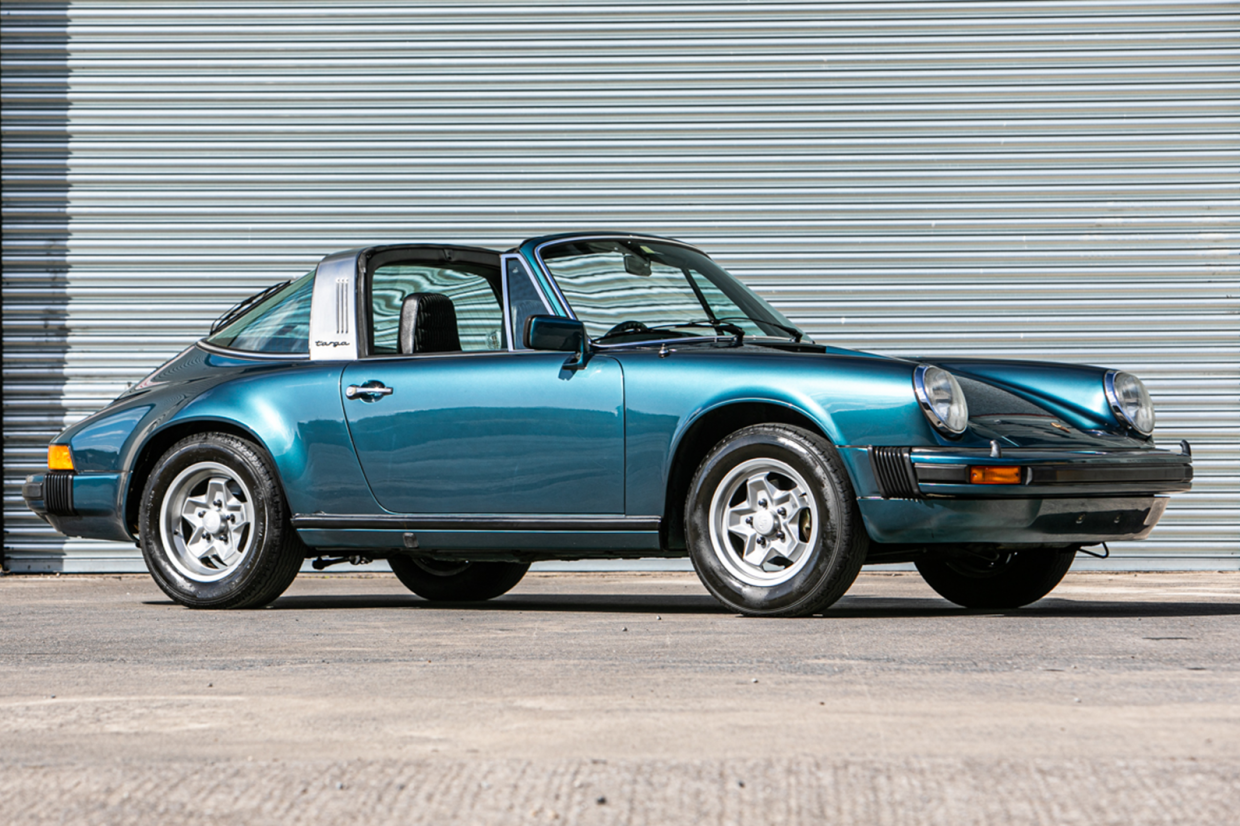 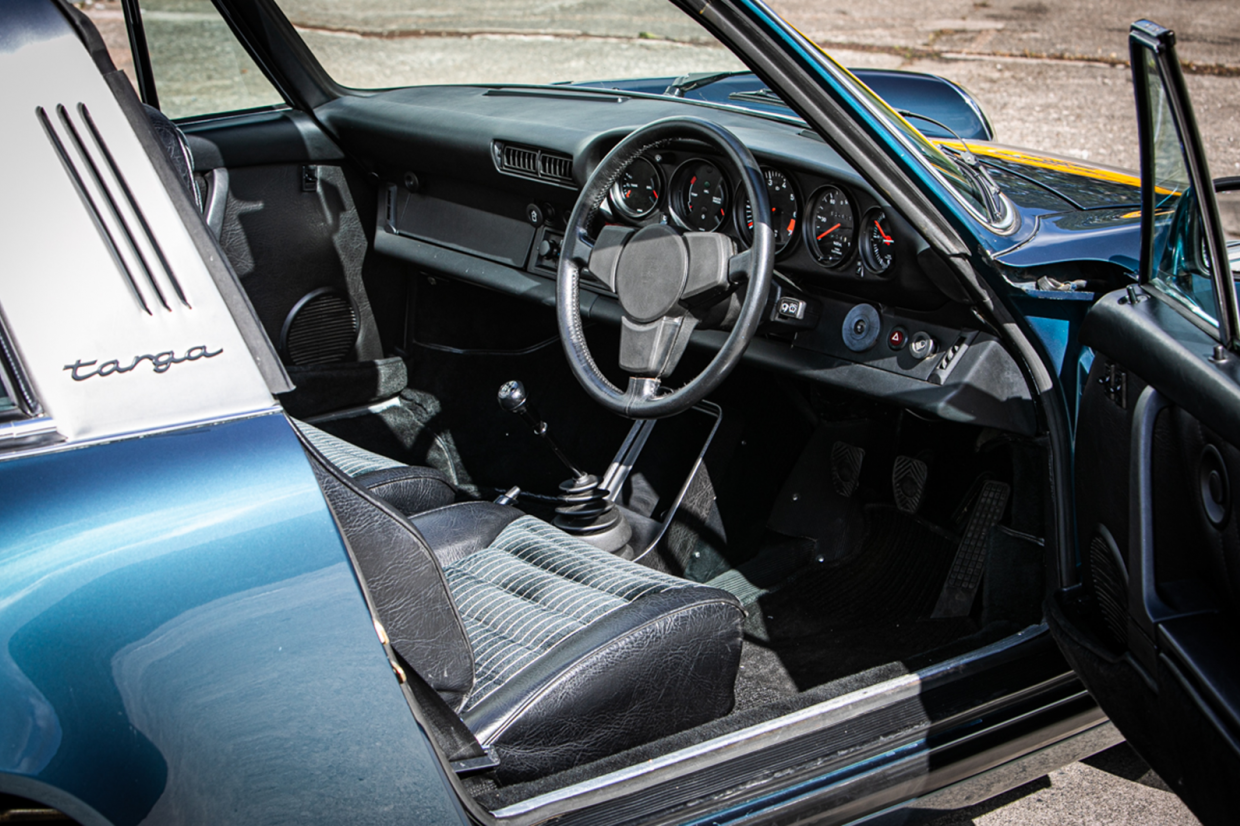 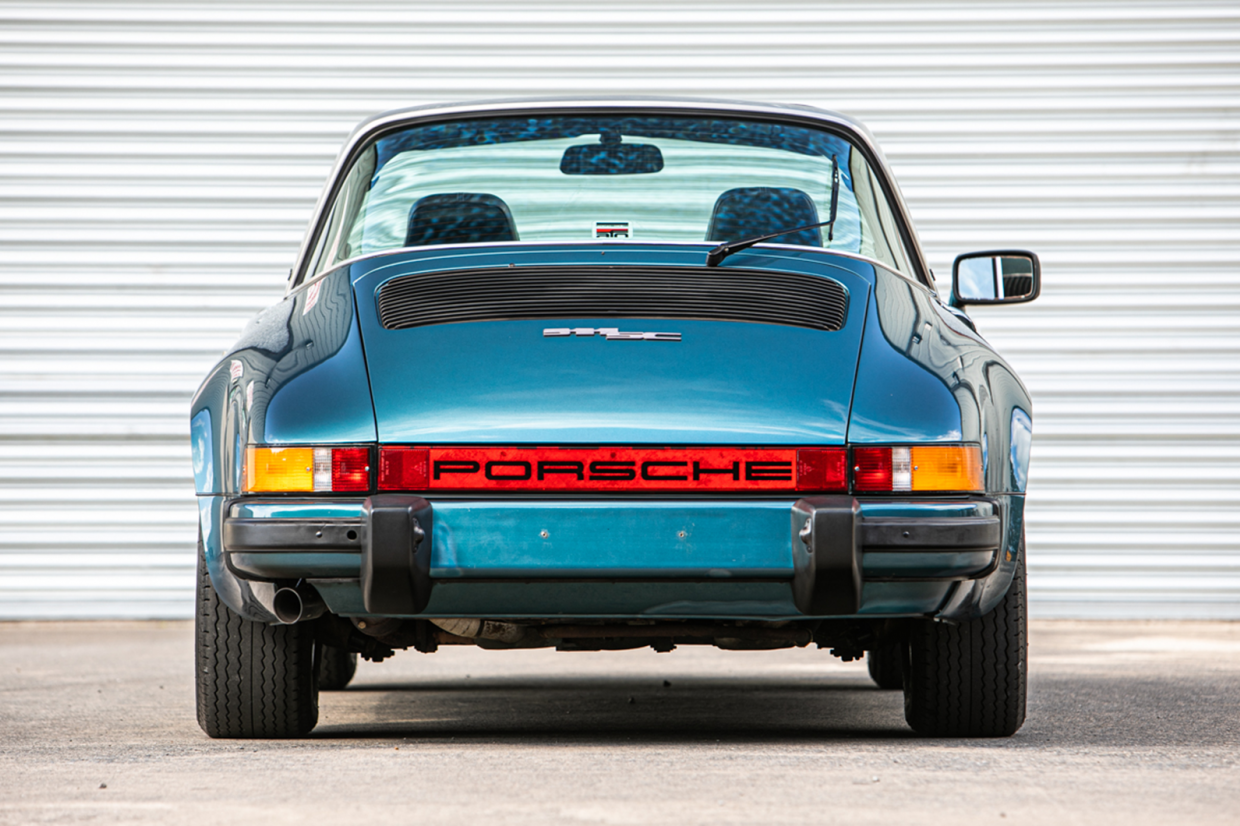 The second classic Porsche up for grabs from this private collection is this 1977 911 SC 3.0 Targa.

Finished in a fetching Petrol Blue Metallic with a cabin trimmed in black leatherette with pin-stripe velours, it’s another no-reserve lot, although its guide price predicts it will fetch £75-95,000.

A UK-supplied targa, it’s notable for having clocked up a mere 23,975 miles, a figure which is backed up by its paperwork, despite having been enjoyed by four previous owners. 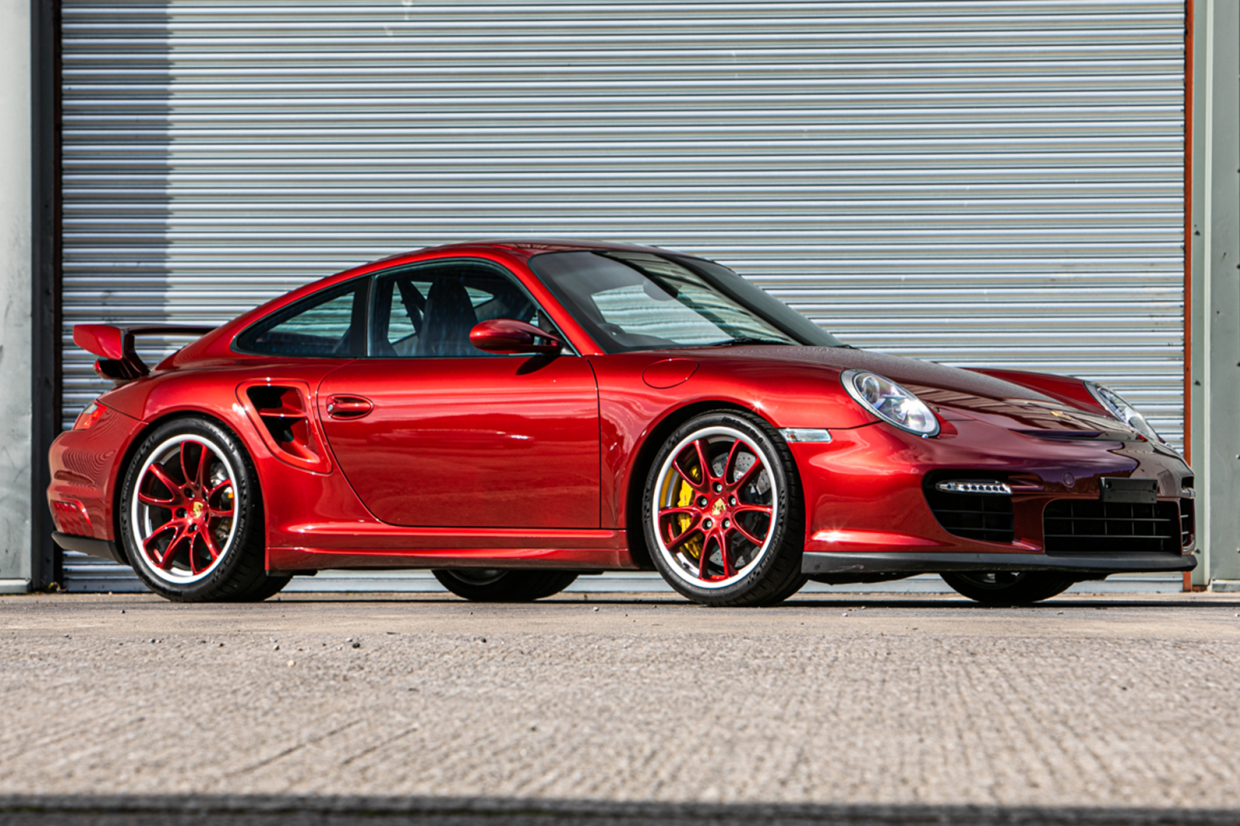 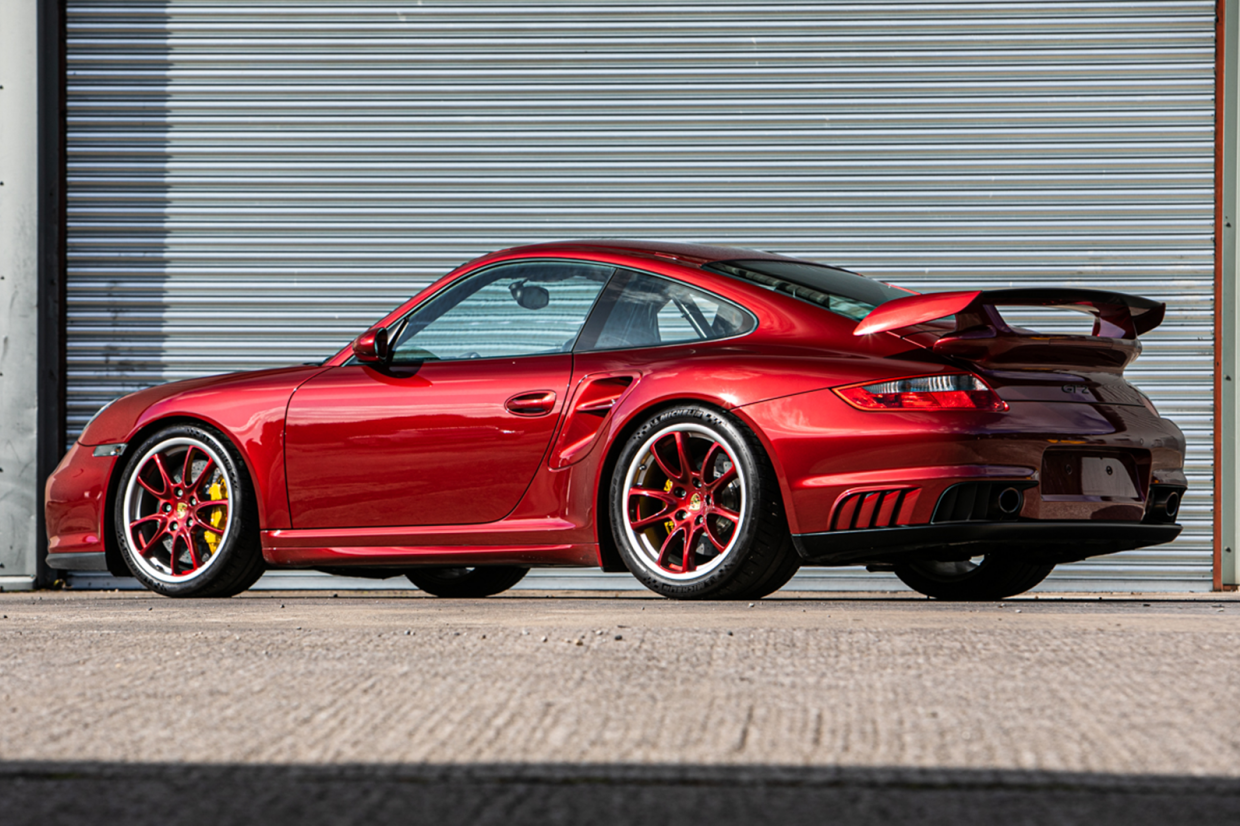 The third car from this collection is a far more modern example: namely a 2008 Porsche 911 (997) GT2 Clubsport that was first delivered to Porsche Malaysia and which was registered in the UK earlier this year.

In Ruby Red Metallic with colour-coded alloys and having done only 9555 miles, this high-spec modern classic is expected to sell for £135-155,000.

“We have given them a guide price to show their value, but our vendor has offered them at no reserve which presents an amazing opportunity for someone to acquire one of these extraordinary and desirable cars. This really is a unique opportunity.”

The Porsche Sale takes place at the Dallas Burston Polo Club in Warwickshire on 21 September. You can view a full lot list here. And if Italian sports cars are more your thing, you might want to check out the same auction house’s Ferrari sale earlier that same day. 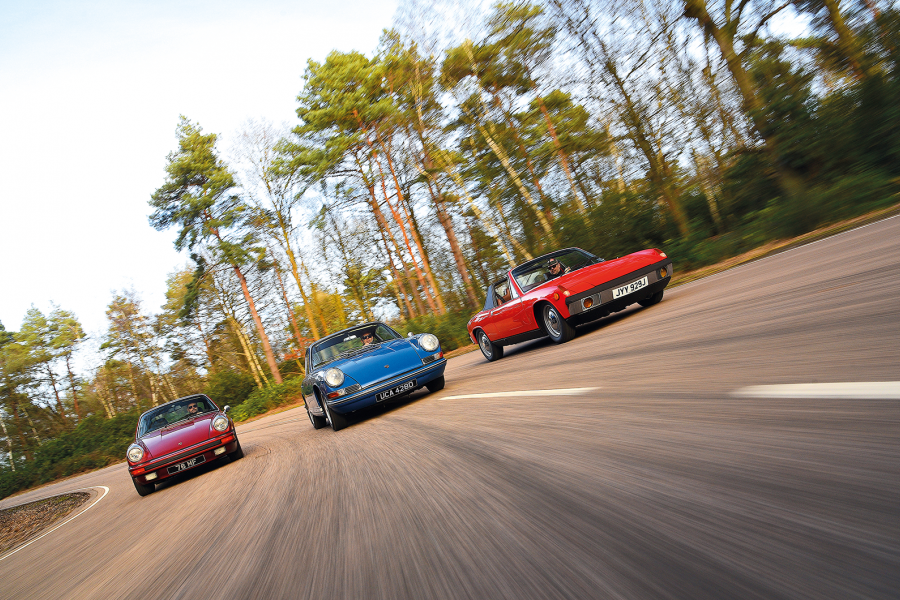 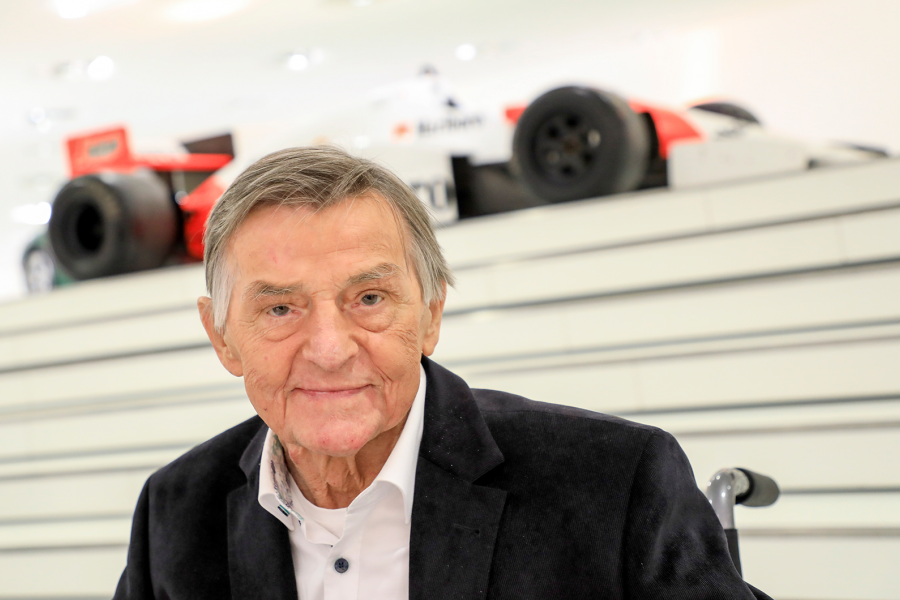 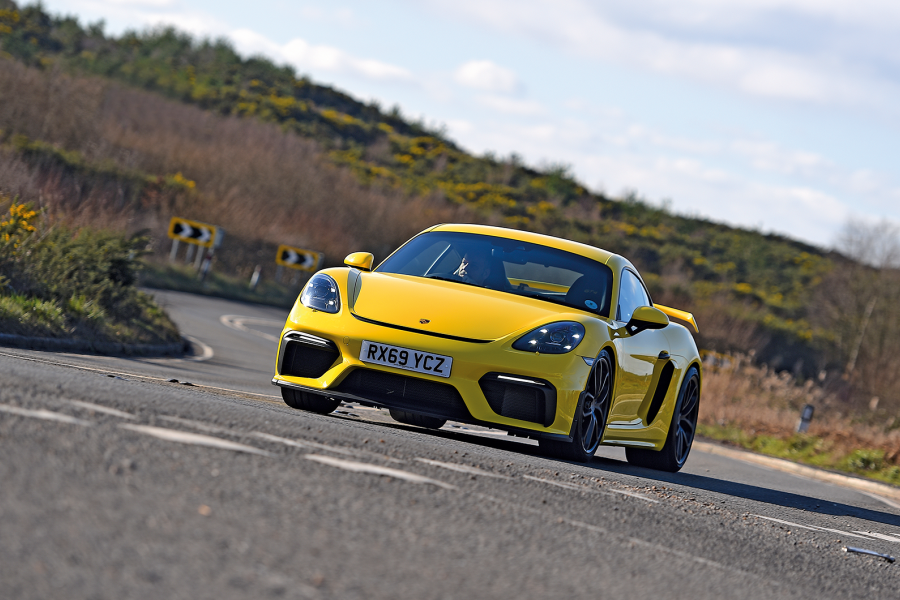 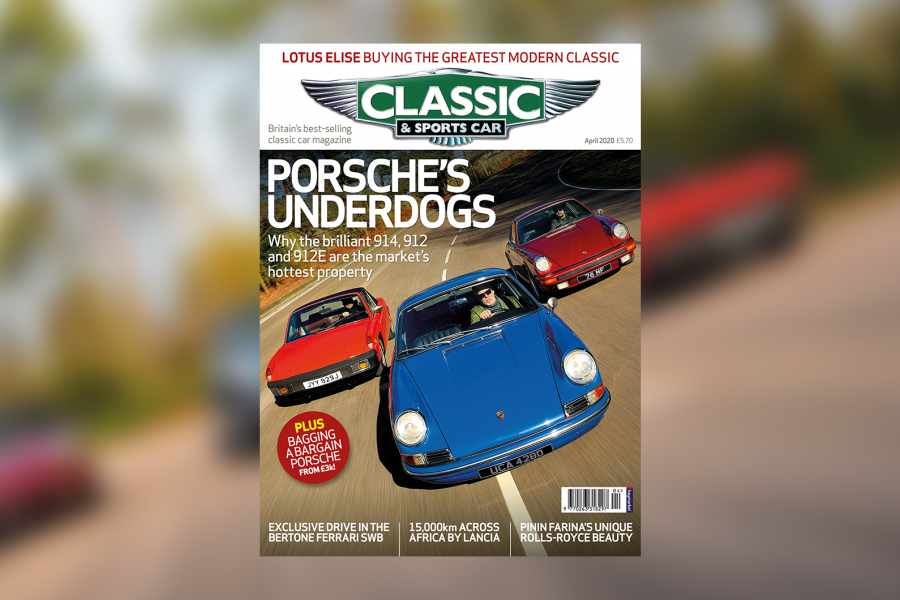 Porsche’s underdogs: inside the April 2020 issue of C&SC