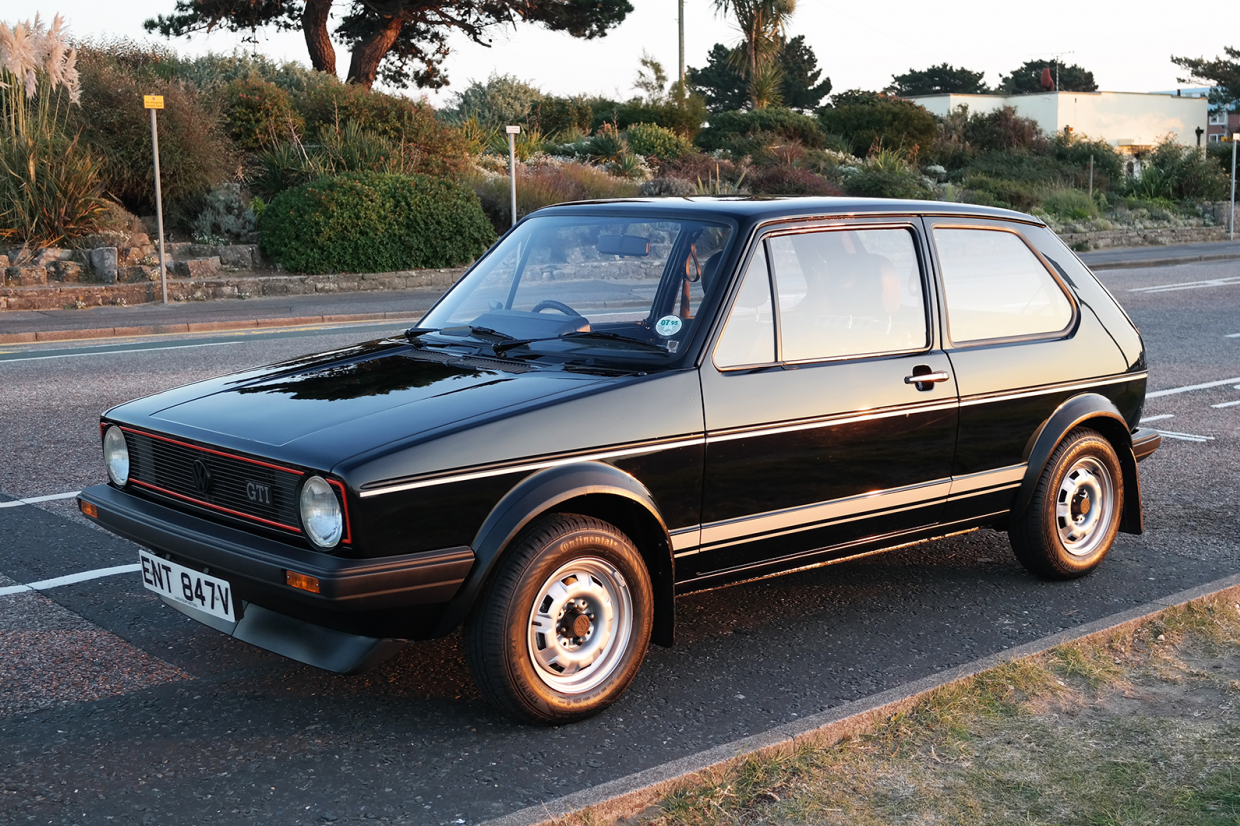 It was the original hot hatch, but after years of spirited enjoyment, there can’t be many a Volkswagen Golf GTI that’s still in as good condition as this one.

An early, 1979 example with fewer than 17,000 miles under its wheels, it is being described as ‘museum quality’ by The Market who is set to sell it.

Bids open on this survivor on Thursday 19 March, the auction runs for one week and it’s estimated it will achieve £31-42,000.

Can it live up to its ambitious billing?

This VW Golf’s story starts on 1 September 1979 when its first owner, Thomas Hutchinson of Tamworth Street in Duffield, Staffordshire, bought it for £5132.39 from Kennings Shrewsbury Motors.

Hutchinson kept it until he passed away in 1990, by which time the little-used Golf was a treasured possession that his widow eventually passed onto family friend, garage owner and British championship-winning ’bike racer John Cooper.

The next owner, Nick Hudson of Derby, opened his account with this car on 3 July 1998, Rajan Paymaster taking over between 2003 and 2015.

Paymaster SORNed the Golf, placing it in his collection of early Mk1s but never driving it on the road, instead taking it by trailer to shows.

It has since been with its present custodian, but its odometer reads just 16,897 miles – some would say it’s barely been broken in. 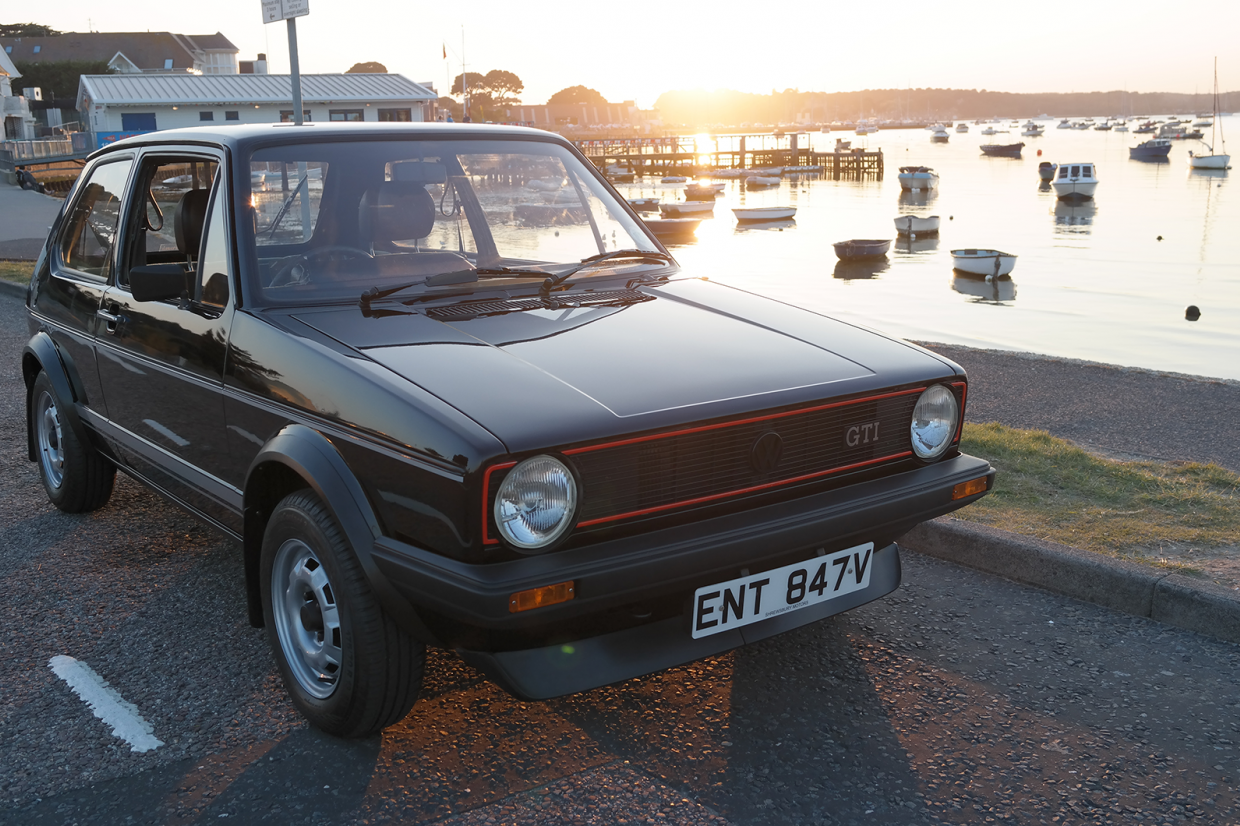 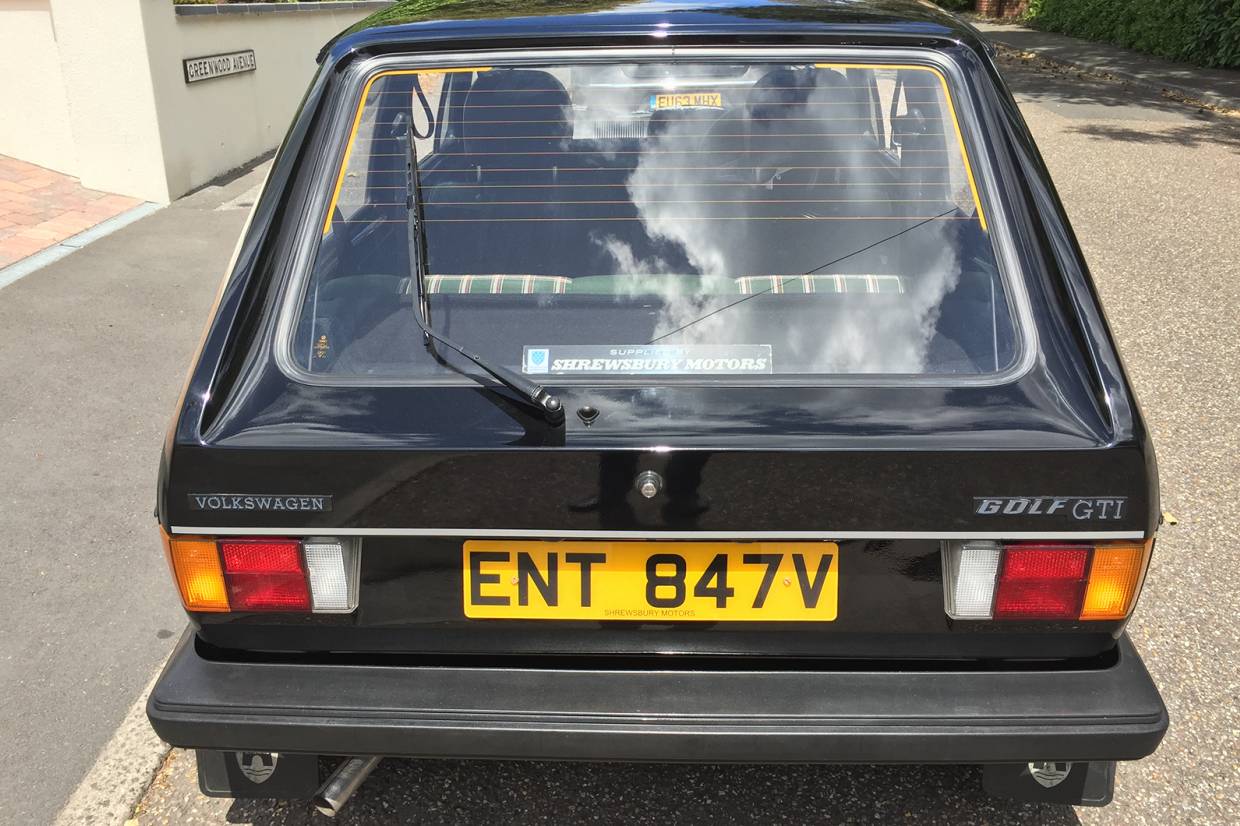 Proof that this Golf is yet to cross the 17,000-mile mark

Finished in its original black paintwork and with a silver and black tartan-upholstered interior, it has several features that mark it out as an early example of the breed: there’s no sunroof, rear fog light, radio, aerial or passenger-door wing mirror.

It also has the four-speed manual gearbox that was only offered on the Golf GTI in the UK for three months.

And there’s more. It retains its original flock-type carpets, with an unworn plastic heel mat on the driver’s carpet, as well as its Toric T-76 buckle-less seatbelts, that were only fitted for a short time.

Look further and you’ll see it still has its running-in sticker on the windscreen, and its original dealer sticker is present, too. 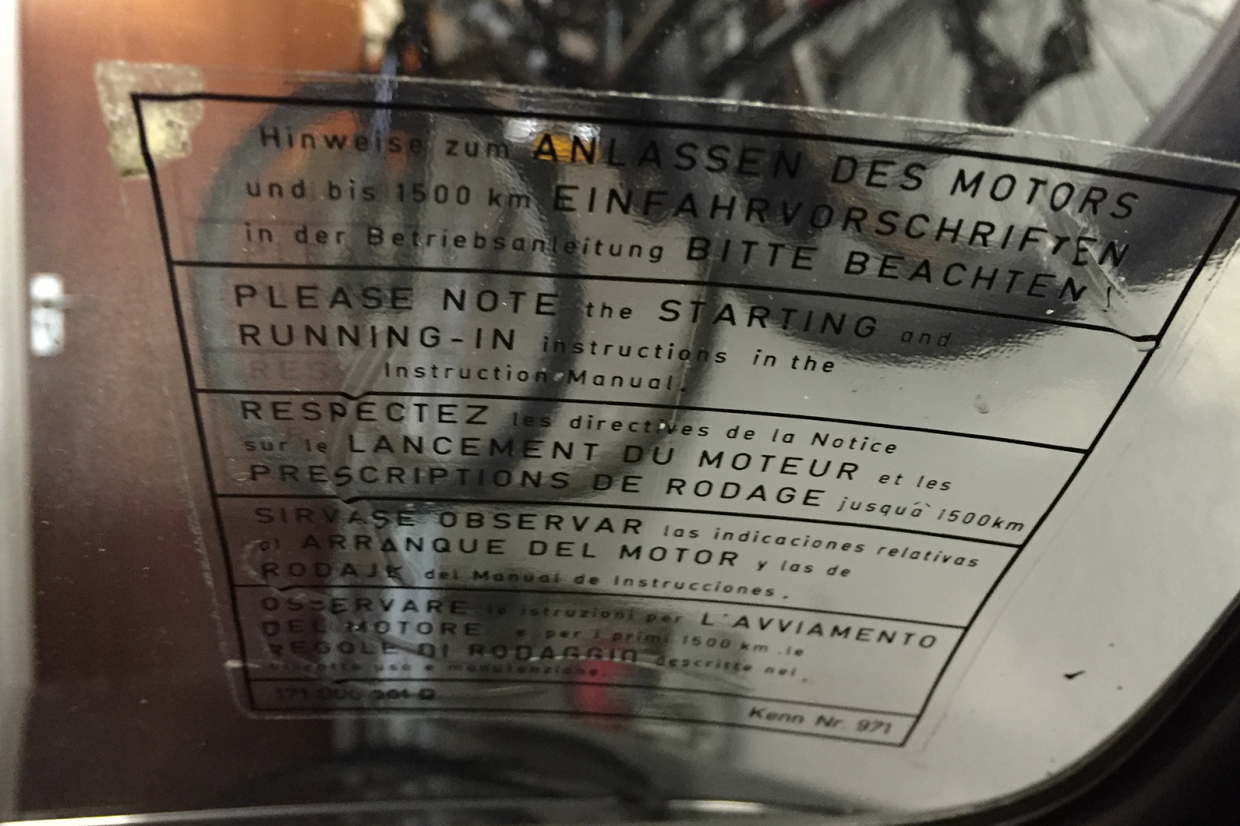 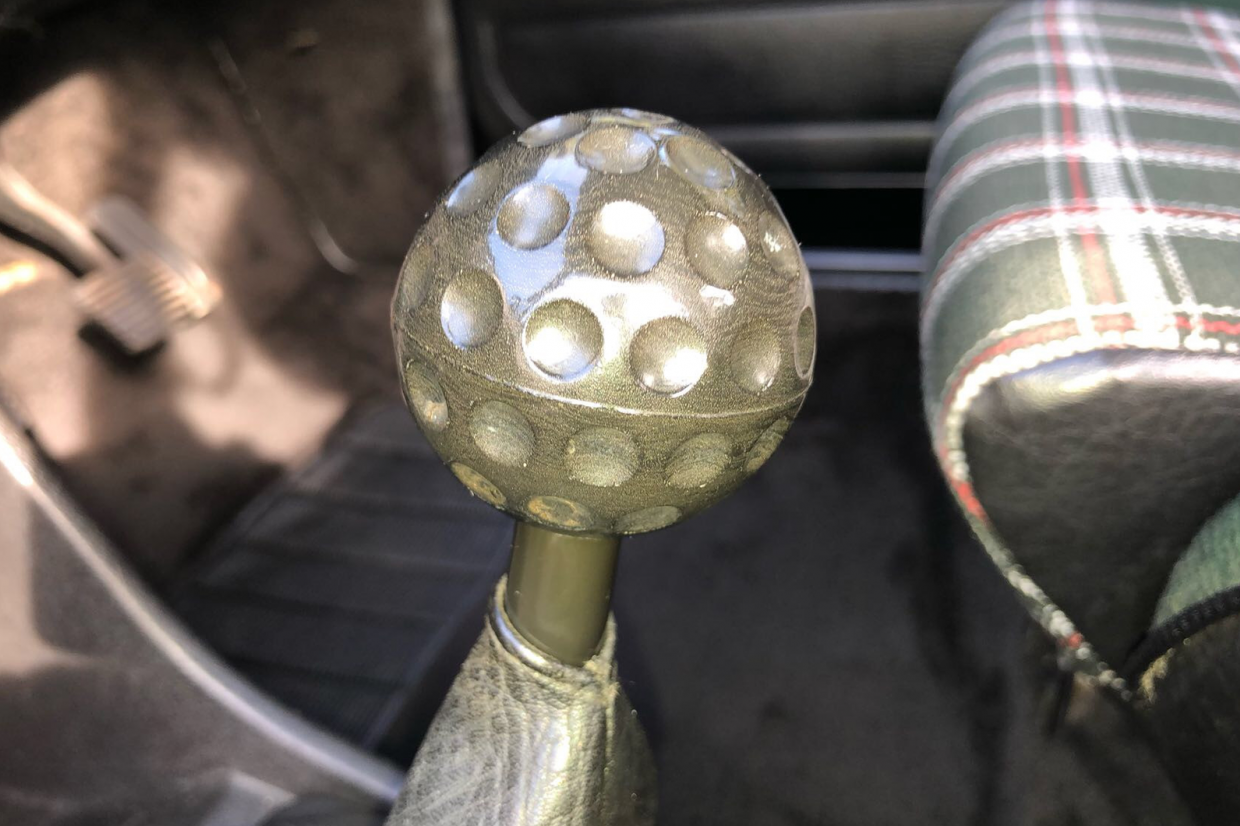 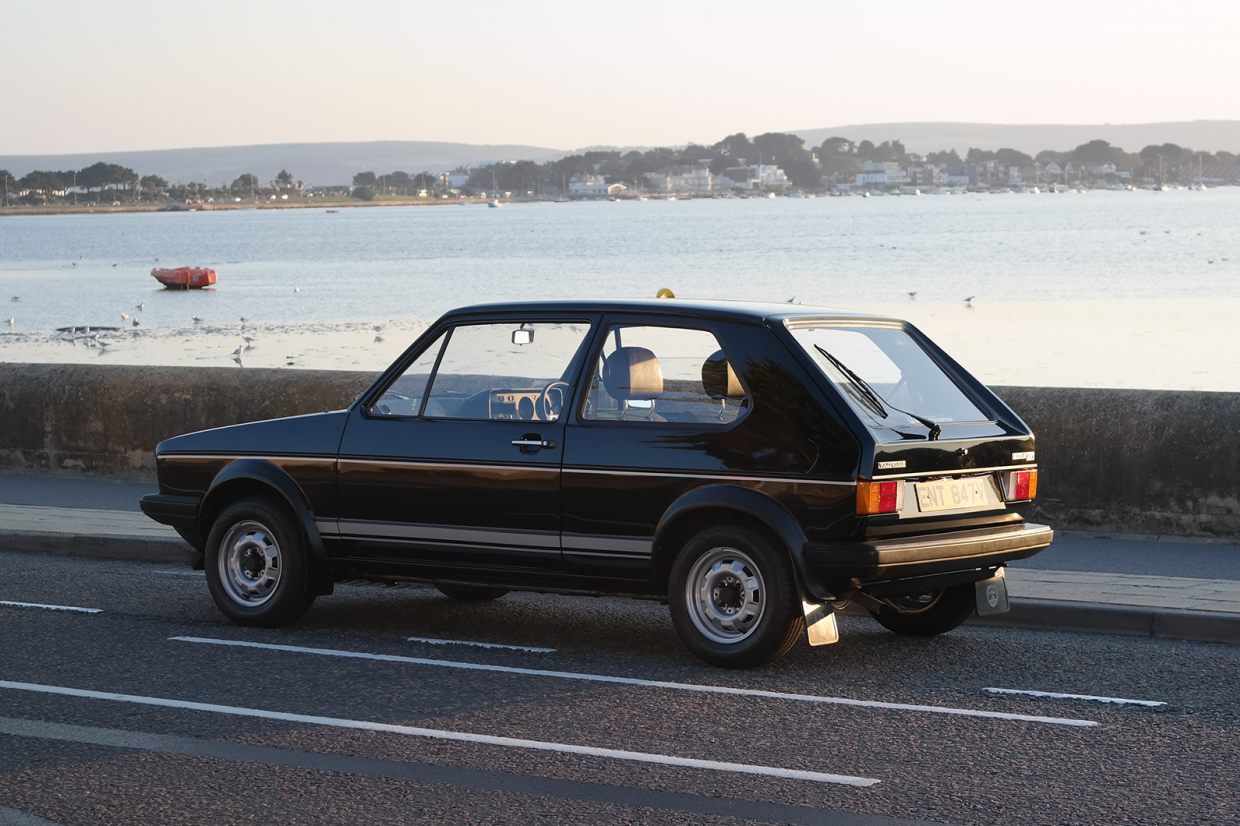 This GTI’s four-decade-old stickers have been preserved perfectly

When it last changed hands in 2015, about £7400 was spent on the car in what is described as ‘light recomissioning’ after its time in storage.

A true enthusiasts’ car in seemingly ideal condition, this GTI has also starred on TV twice, in The Car’s The Star (May 1995) and Clarkson’s Car Years’ (June 2000).

“I believe the car to be absolutely faultless, and every single thing working perfectly,” says its owner. “It still feels tight, and drives exactly how I remember my mother’s old 1981 model did when I collected it for her when it was new.” 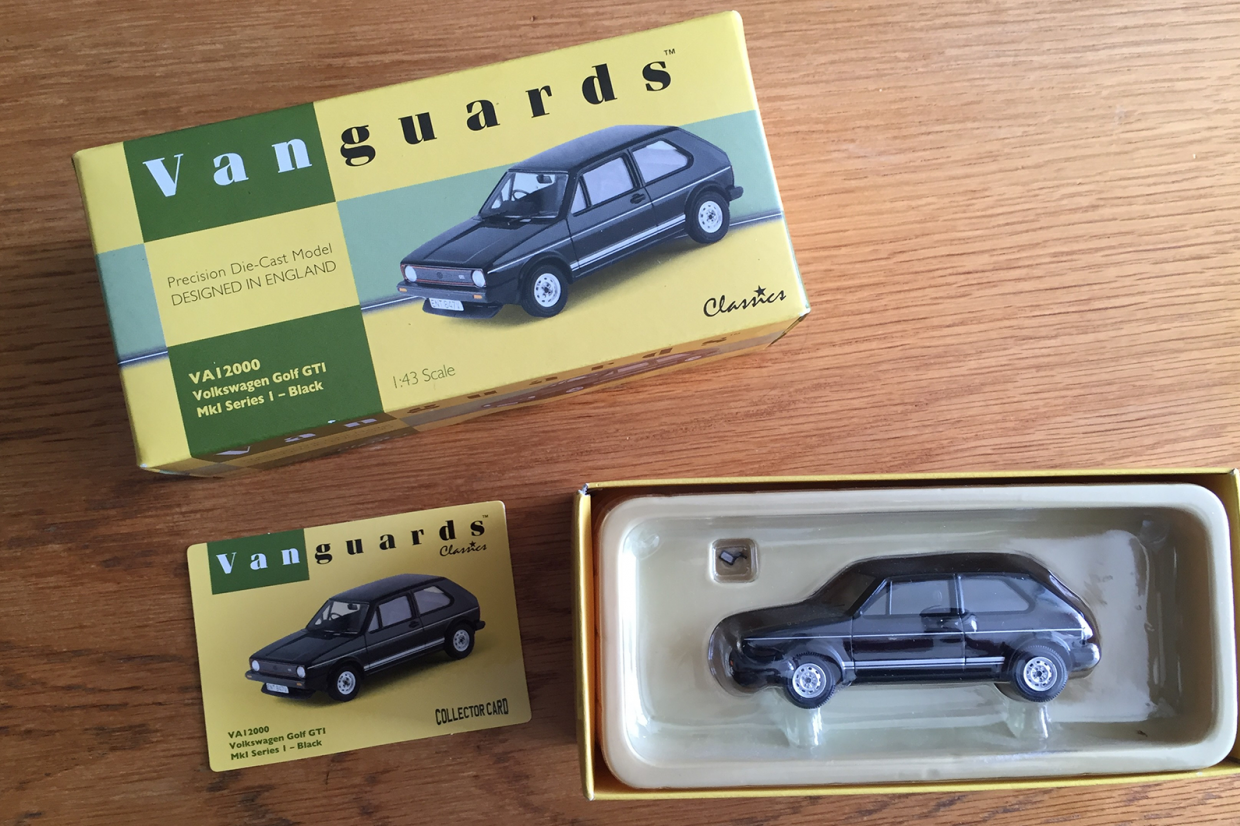 There’s even a scale model included, too

And there’s one more – unexpected? – delight to discover.

There is a limited-edition Corgi Vanguards Classics 1:43 scale model of this Golf, a brand-new, boxed example of which will be sold with the car.

“This is possibly the last opportunity that any of us will ever have to own what is still an essentially brand-new, unrestored, reference quality Golf GTI Mk1 – and not just any GTI, but the very purist, earliest model of the car that blazed a trail for everything that came thereafter,” comments Tristan Judge, director, The Market.

“This is a true collector’s car and a genuinely unrepeatable opportunity. It is also road ready.”

The Market’s online auction for this VW Golf GTI runs between 19-25 March – find out more here.

The $7.1m Bugatti plus all the weekend’s other top lots at Amelia Island

Kick-start your 2020 season with this hot classic Abarth 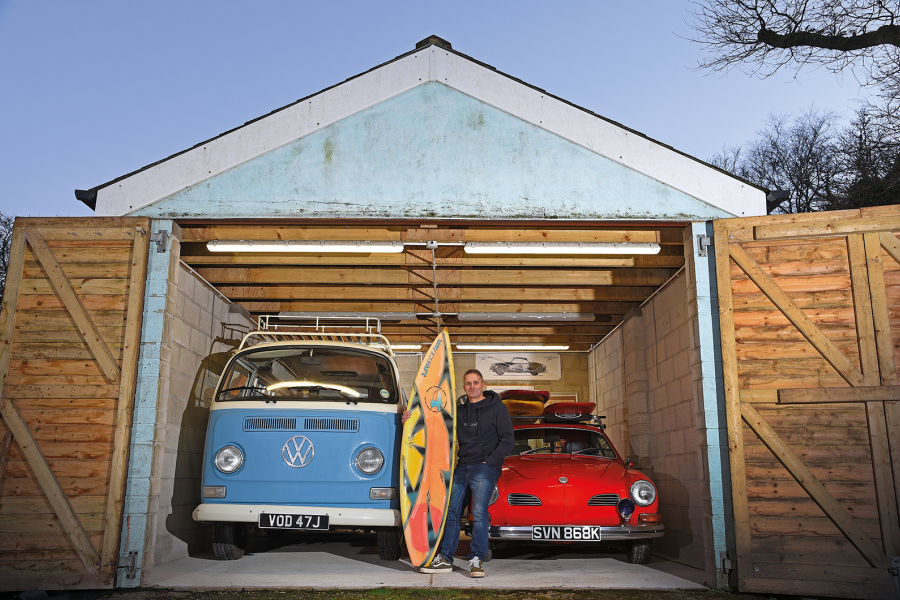 Also in my garage: classic surfboards 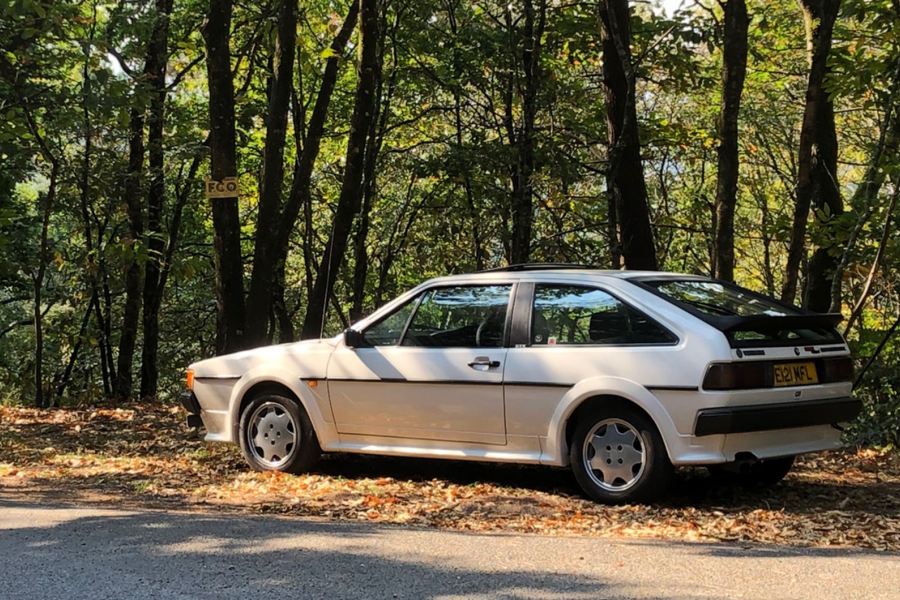 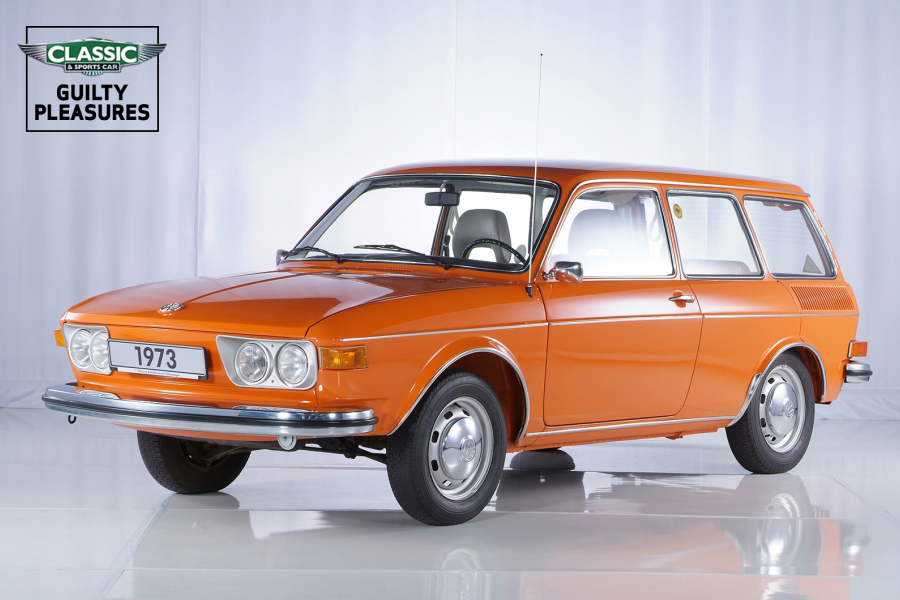