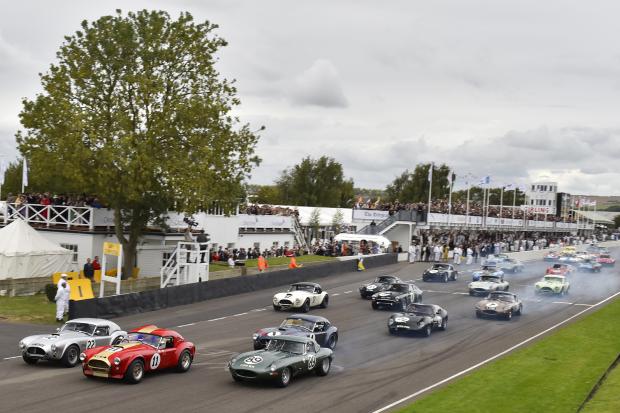 It's the 20th Goodwood Revival this year and it looks set to be another cracking event as the 2018 race schedule is revealed.

The meeting's first competitive action, on Friday 7 September, is the 60-minute, two-driver Kinrara Trophy. It's the third year this has run and it's a special sight as the cars race into the dusk.

Saturday's packed schedule features six races, starting with the 20-minute Fordwater Trophy, which this year will include a collection of Jaguar XK120s to mark the model's 70th anniversary.

The first of two races for pre-1959 motorcycles is next, the Barry Sheene Memorial Trophy, Part 1, a two-rider contest over 25 minutes. 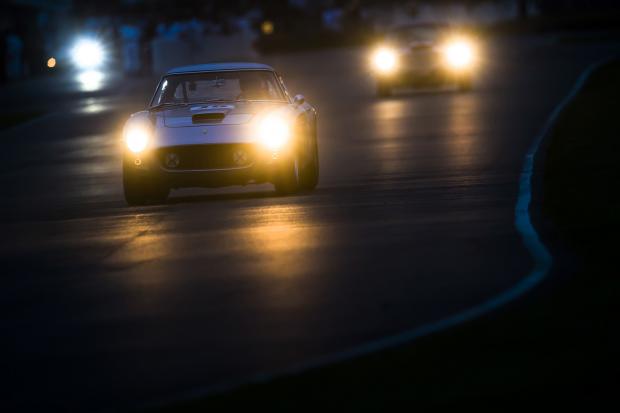 Racing into the dark, lights ablaze, is an amazing sight on Friday night

Next it's the crowd-pleasing St Mary's Trophy, this year for ’60s cars, and in the first part the celebrity drivers take centre stage – always a treat.

Then it's time to rewind as cars built between 1930 and 1951 hit the track for the 20-minute Goodwood Trophy, followed by the weekend's fastest race, the Whitsun Trophy, where Ford GT40s, Lotus 30s, McLaren M1Bs and Lola T70 Spyders go wheel-to-wheel. 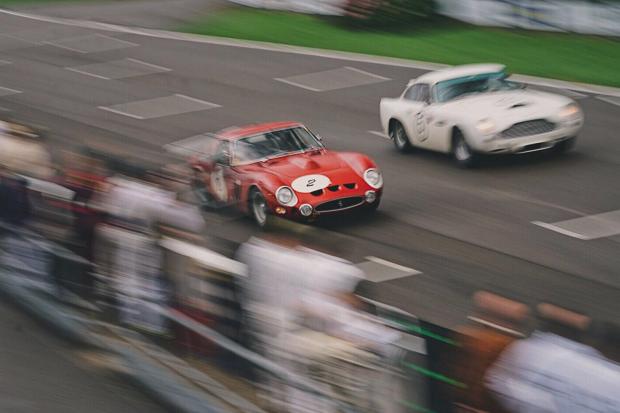 Close racing, in priceless classics, with star drivers, is only part of what makes the Revival so special

Formula Juniors get Sunday's competition underway with the 20-minute Chichester Cup, followed by the spectacular 2.5-litre Grand Prix cars in the Richmond and Gordon Trophies.

The deciding races of the Barry Sheene Memorial Trophy and the St Mary’s Trophy are next, the cars' owners taking over in the latter.

Then it's time for the Goodwood Revival's headline race, the Royal Automobile Club TT Celebration, a two-driver event contested over an hour, for closed-cockpit GT cars in the spirit of the 1960-1964 RAC TT races.

Closing the weekend this year are the Glover Trophy, for 1961-1965 Grand Prix cars, and the Sussex Trophy sports car race. Once again, it promises to be an action-packed three days on and off track.

Saturday tickets are sold out, however Friday, Sunday and weekend passes are still available – buy yours online.

Here's the full Goodwood Revival 2018 racing timetable at a glance: