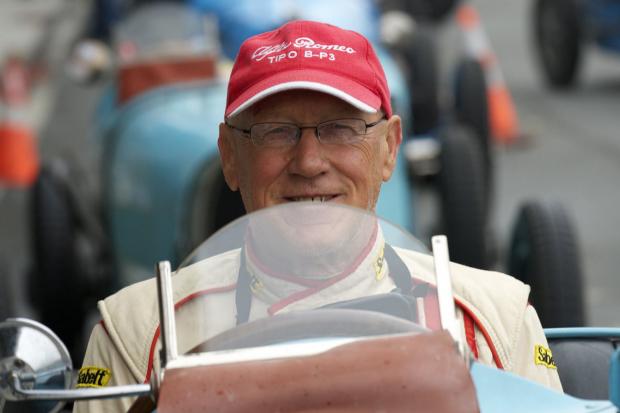 One of the most popular stars of American vintage racing, Peter Giddings, passed away on 6 January after a brave fight with cancer.

As well as winning the American Shell Ferrari Challenge with the 8C-35, he also drove the supercharged titan down Fifth Avenue after winning the Louis Vuitton New York Concours in 2000.

Growing up in Sussex, Giddings’ first involvement with motorsport was as a timekeeper at Goodwood, where he witnessed hero Stirling Moss’ career-ending crash in 1962.

However, his automotive addiction started with a BSA Three-Wheeler before acquiring the Frazer-Nash Union Special in which he made his debut in Vintage Sports-Car Club events – it was his only car, so was always driven to races and hillclimbs.

Even in later years, the trend for transporters was not his style, and together with wife Judy and various Great Dane dogs, he trailered his racing cars behind his van to events. 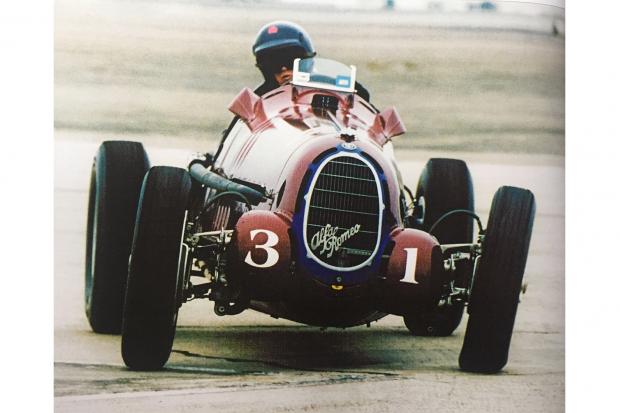 In later years, thanks to a successful career in microphonics, Giddings was able to own his dream racing cars including a Maserati 250F, Bugatti Type 59, numerous Alfas, a Talbot-Lago and Formula Junior Stanguellini.

“It goes back to 1965. I went to see Rob Walker’s 158S 1927 GP Delage in Dorking and Peter was passing. He asked if he could have some of my photos – and said I could have a ride in his Alfa Monza if I took them round. That exciting ride started it all,” Moore recalls.

“When he married Judy, the honeymoon was scheduled to be a trip to Italy for a rally in a [Alfa Romeo] 6C. The engine had dropped a valve a week earlier and we had not finished the rebuild by the time we had to stop to go to the wedding and so carried on that evening afterwards!”

Giddings moved to America for business in 1971, first to the East Coast and then California. As well as shipping his newly restored ex-Lyon Grand Prix Bugatti Type 35, he rallied a battered Renault 16 in VSCCA events.

In California, Giddings later bought an amazing house in Walnut Creek previously owned by EW Scripps of oceanography fame, which featured a 60ft-deep swimming pool that had been used for testing early diving bells.

Giddings had a lifelong admiration for Jano’s great designs and as well as Alfas, he later owned two fabulous Lancia recreations, a D24 sports car and a grand prix D50 which were highlights in recent years at American vintage festivals.

His final project was an Alfa Romeo Tipo 158 Alfetta which he instructed British specialist Jim Stokes to recreate around a collection of rare spares. Despite failing health, Giddings flew to Rétromobile 2018 to see the Alfetta’s public debut, but sadly will now not get to drive his dream car.