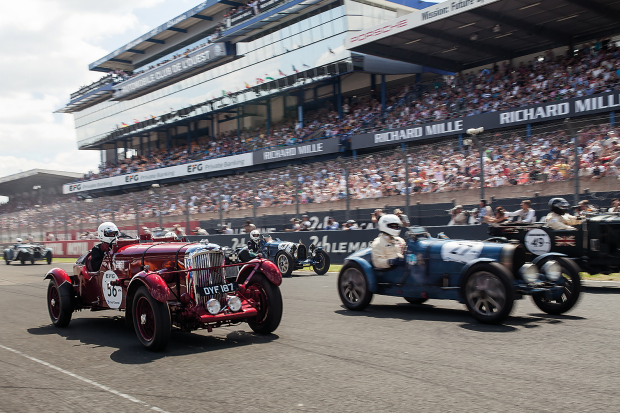 Every two years, Le Mans becomes the focus of the classic-car world as enthusiasts gather at the legendary site for an unrivalled celebration of motor racing.

The event was first held in 2002, when it attracted drivers such as Bobby Rahal and Brian Redman. When it returned in 2004, no fewer than seven previous Le Mans winners were there.

Over the past few years, the Le Mans Classic has become a genuine festival of historic motoring and motorsport. There are vast displays from well over 100 owners’ clubs – who travel from far and wide to be part of the weekend – exhibitions showcasing special cars, the drive-in cinema, the Artcurial auction and much more.

There’s a superb cast of support races, too. The Group C cars that dominated Le Mans during the 1980s, the Jaguar Classic Challenge and – uniquely for 2018 – the Porsche Classic Race Le Mans: all of them are more than just a curtain-raiser, they are great races in their own right.

But when the main action begins, here’s what to look out for…

The programme of six main grids starts on Saturday afternoon, with each grid getting three races. As night falls, the magic begins. Spectators can soak up the atmosphere around the pit area or make the journey into the countryside to Arnage. That’s where the old road circuit is at its most evocative. 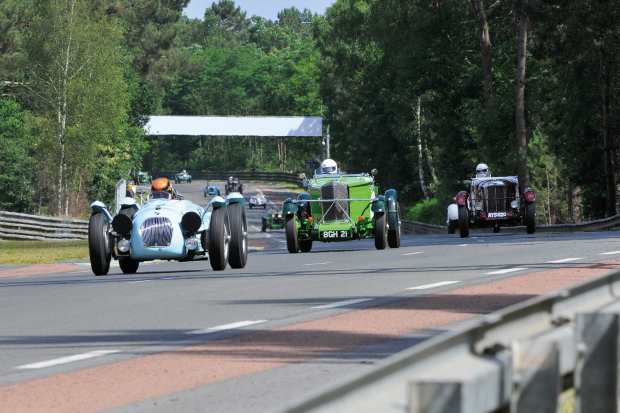 A Chenard & Walcker won the inaugural Le Mans 24 Hours, but Bentley was the first team to dominate, winning five times before being usurped by Alfa Romeo. Then the French took control – two Bugatti wins were split by one from Delahaye.

While the circuit originally went into the city of Le Mans, by 1932 it had been shortened into the basic outline that it retains to this day. Bentley is sure to be represented in 2018, but look out for Talbot, BMW and Invicta on this varied grid. 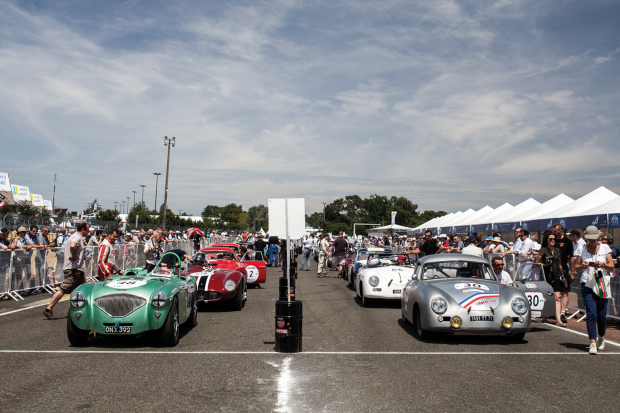 With France rebuilding after the war, it took until 1949 for the Le Mans 24 Hours to make a comeback.

Expect Jaguar to figure strongly in this year’s Classic, although Lotus and Porsche always punch above their weight. 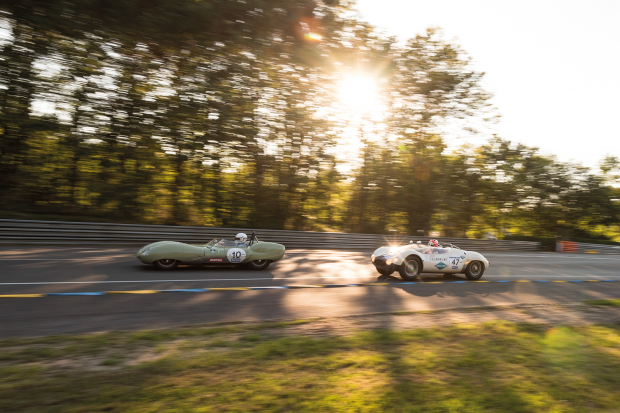 Apart from one last hurrah for the Jaguar D-type in 1957, and a famous victory for Aston Martin’s sublime DBR1 in 1959, these years were all about Ferrari.

Olivier Gendebien won four times in five years, and in 1961 and ’62 he was partnered by American legend Phil Hill.

At the 2018 Classic, however, this should be a much more open contest – Lister, Lotus and Austin-Healey will all be taking the fight to Ferrari. 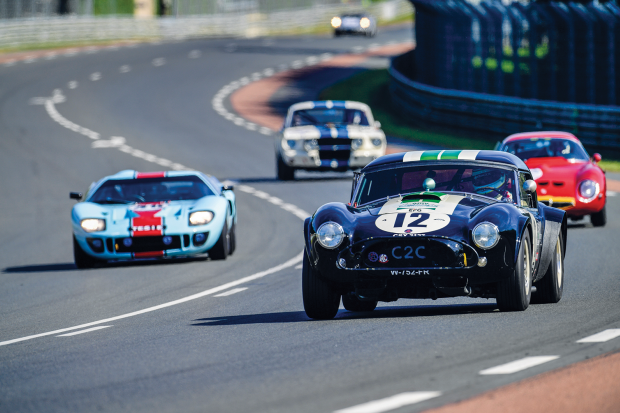 Ferrari continued its run of success in the early 1960s – its 1965 victory, courtesy of Jochen Rindt and Masten Gregory, was its sixth in a row.

The times they were a-changing, though, and Ford had arrived with its GT40. It was only a matter of time before America got the upper hand, and at this year’s Classic it will be GT40s and Cobras to the fore. 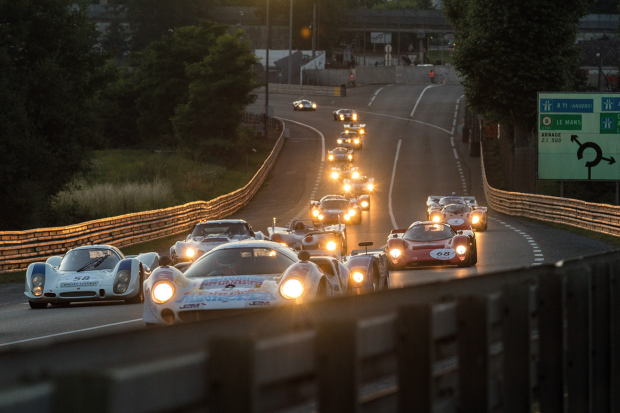 Ford finally broke the Ferrari stranglehold on the 24 Hours in 1966, when it infamously tried to stage a ‘dead heat’ between the two leading GT40s. It won again with Dan Gurney and AJ Foyt in 1967, and the iconic Gulf-liveried JWA cars made it four in a row in 1968 and ’69. 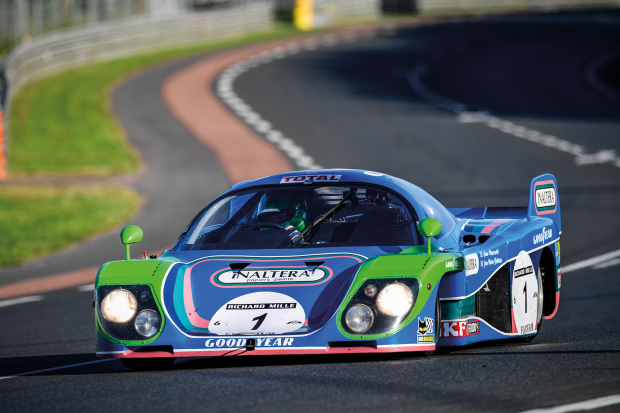 The 3-litre era heralded the end of the 917 and it was Matra that stepped up to the plate, winning three times in a row.

When the French equipe withdrew, the Porsche 935 and 936 came to the fore – expect to see them at the front of Grid 6 at this year’s Classic – but with occasional competition from Mirage and Alpine.

The latter took victory on home soil in 1978, and the 40th anniversary of that success will be celebrated during the course of the Classic weekend. 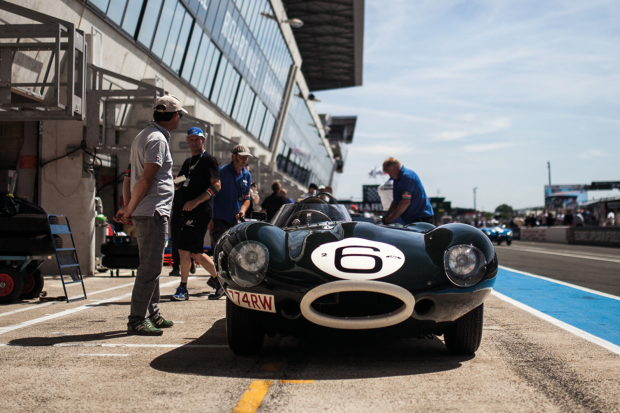 The Jaguar Classic Challenge takes place on Saturday morning, and showcases great cars from the pre-1966 era such as C-types, D-types, XKs, Mk1s and Mk2s plus E-types. In 2016, Andy Wallace – who competed 19 times in the 24 Hours and won in 1988 while driving for Jaguar – took victory in a D-type.

Jenson Button will be making his Le Mans Classic debut this year: the 2009 Formula One World Champion will take the wheel of a Jaguar XJR-9 during the Group C race on Saturday morning. The car that Button will drive is chassis 688, which in 1988 finished third at Brno. It also came second in the 1989 Spa 1000km. Button’s appearance has special resonance 30 years after an XJR-9 won the 24 Hours.

The best of the best

The Le Mans Heritage Club showcases 24 great racing cars. There’s only one way for them to gain entry into this exclusive gathering – they must have competed in the 24 Hours at some time between 1923 and the present day. Displayed in a beautifully relaxed atmosphere near the paddock, they are judged by an international jury that has the responsibility of choosing a winner.

The Le Mans cars of Global Endurance Legends are set to put on two 30-minute demonstrations that are sure to be a fantastic spectacle. Great GTs such as the McLaren F1 GTR and Chrysler Viper will join prototypes such as the Audi R8 and Peugeot 908 to represent the unforgettable racing from the 1990s and 2000s.

EFG has played a central role in the Le Mans Classic since 2008, and this year marks the 10th anniversary of its partnership with the race.

EFG has a passion for historic motorsport and supports some of the world’s most important meetings, including the Spa Classic, Dix Mille Tours, Grand Prix de l’Age d’Or, EspÍritu de Montjuïc, Imola Classic and Silverstone Classic. It is also involved in three prestigious concours d’elegance: the Zurich and Ascona Classic Car Awards in Switzerland, plus Salon Privé in the UK.