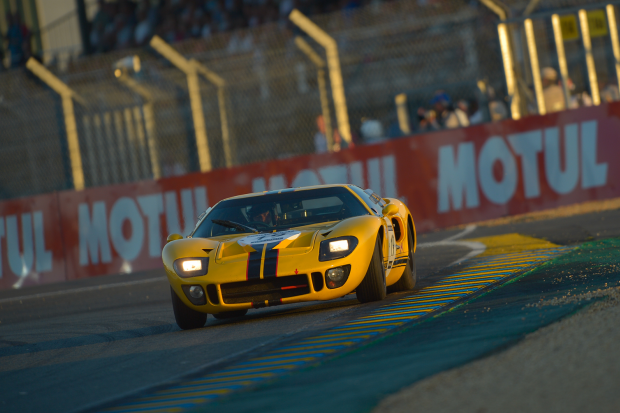 For a car to ever be considered a true great, it really has to compete in the Le Mans 24 Hours.

In 86 races over 95 years, many of the finest automobiles in the world have tested themselves over the 8.467 miles of the Circuit de la Sarthe; the very best of these have even won it.

And that’s one of the many things that makes the Le Mans Classic such an unmissable event.

Only models that have raced in the Le Mans 24 Hours are eligible for the Classic, so the grid list instantly reads like a list of the greatest cars of all time.

Of course that can make choosing your favourites a little tricky.

With the 2018 edition taking place next month (6-8 July), we thought we’d help you out by coming up with our own shortlist of cars to look out for. 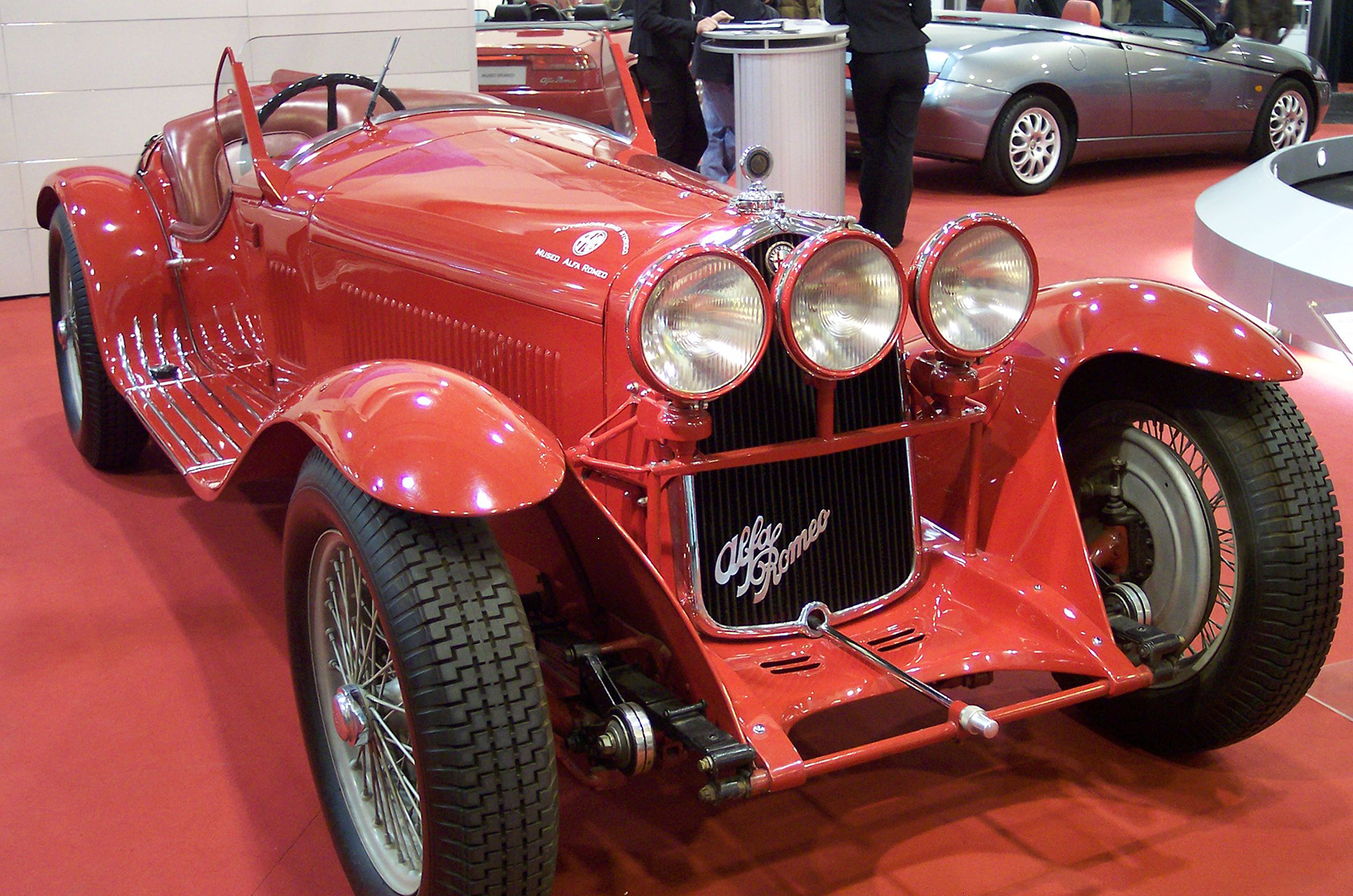 Bentleys and Alfa Romeos dominated the opening decade or so of the 24 Hours of Le Mans, sharing nine of the first 12 titles between them.

But whereas Bentley’s five wins were achieved by four different cars, the Italian marque’s success was all down to one vehicle: the legendary Alfa Romeo 8C 2300.

So named for its 2.3-litre straight-eight engine, the 2300 was by some distance the most successful of all racing cars in the early ’30s. As well as those four consecutive Le Mans victories – from 1931 to 1934 – it also took the Targa Florio in ‘31 and ‘32 and the Italian Grand Prix in ‘31; the latter victory, achieved at Monza, gave its name to the twin-seater GP car.

This year’s Le Mans Classic features four Alfa Romeo 8C 2300 racers: two of the Monza variety and two bodied by Zagato. All are on Grid 1, and all will be well worth watching. 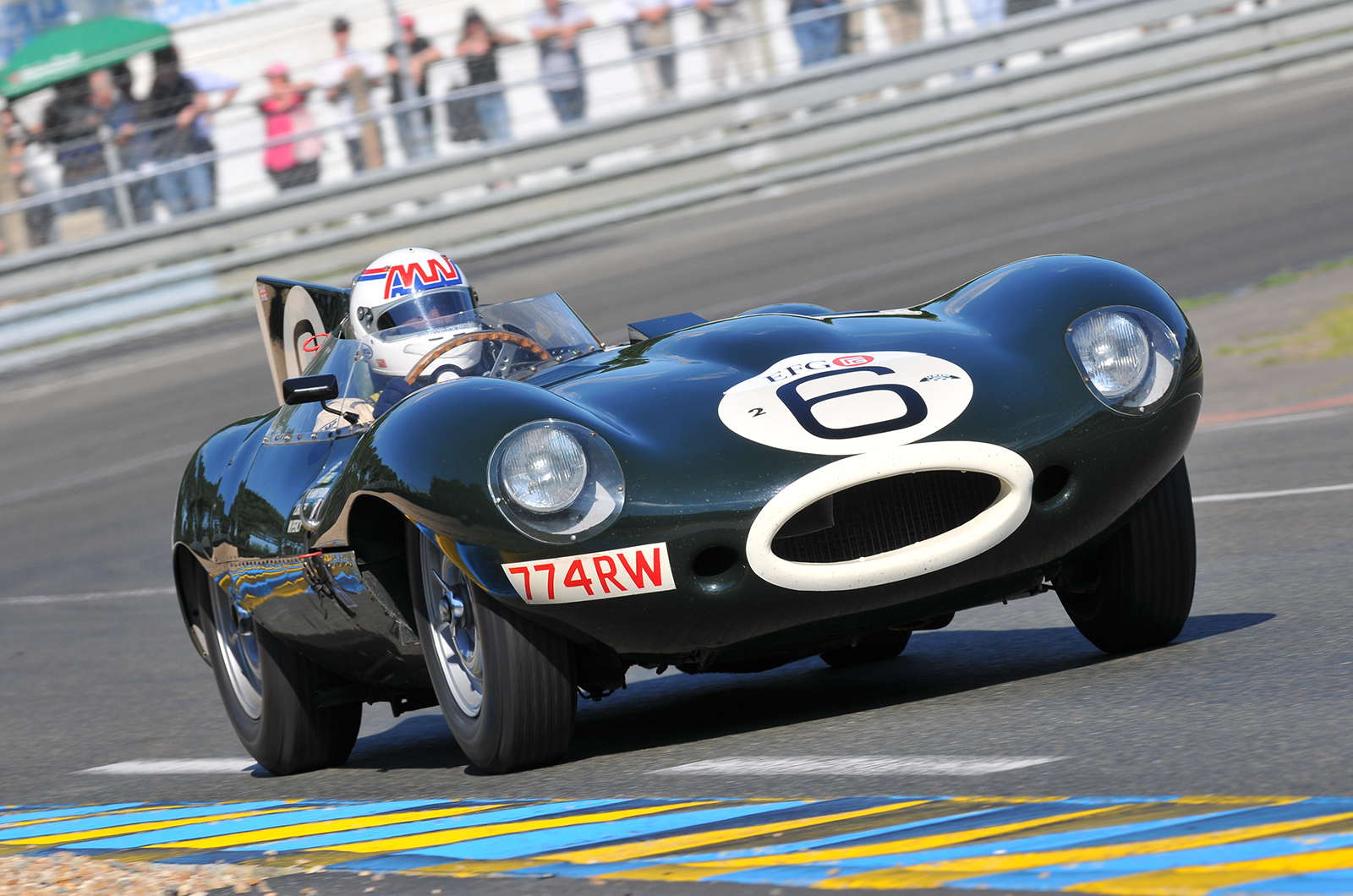 Grid 2 at the Le Mans Classic is jam-packed with important cars. It covers the period 1949 to 1956, an era which saw Ferrari’s first entry – and first victory – at the circuit and which also saw a win for Mercedes, thanks to the exquisite 300 SL.

But really these were Jaguar’s years. The Big Cat took first place in 1951 and ‘53, then triumphed in three successive years from 1955-’57 – and the latter victories were all achieved with the venerable D-type.

With a revolutionary design inspired by the visionary Malcolm Sayer’s previous work in the aviation industry, the D-type was like nothing before. And, for that matter, like very little since.

Its aerodynamic profile simply left its contemporaries in the dust: it was supposedly some 12.7mph faster than the rival Ferrari 375 when running at full speed on the Mulsanne Straight.

Although the model’s first victory in 1955 was achieved in tragic circumstances after a horrific crash in which 84 people died, its two subsequent wins had no such asterisks against them, and by 1957 it was so dominant that five of the top six places were taken by D-types.

Four D-types race at the Le Mans Classic 2018, and you won’t want to miss the chance to see them in action on the famous circuit. 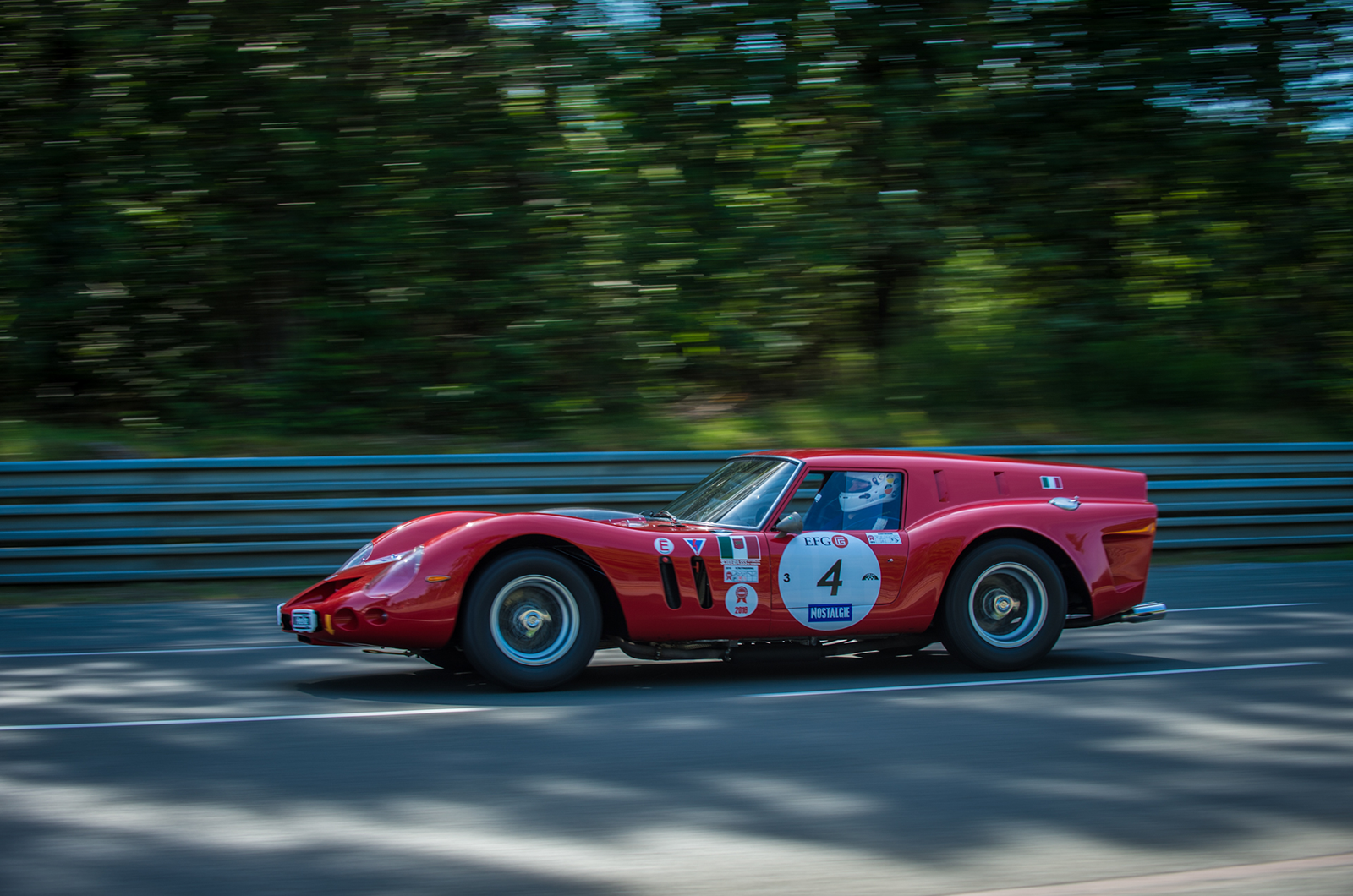 Grid 3 can be described as ‘the red years’: Ferrari’s dominance of the event started here, with three wins out of five, and another four in a row would follow in the succeeding years.

Our pick here, though, isn’t one of the victors but rather a plucky – and entirely individual – loser.

The Ferrari 250 GT Breadvan was a one-off, and came about due to a disagreement with Enzo Ferrari – something of a common theme at Le Mans.

Count Giovanni Volpi was owner of the Scuderia Serenissima team, and had fallen out with Enzo by hiring former Ferrari employees. As a result, Enzo had banned him from buying any of the marque’s new 250GTO cars.

Volpi’s response was to buy and upgrade an earlier Ferrari 250 GT SWB car, in order to take on the new GTO. He even hired engineer Giotto Bizzarrini – the genius behind the GTO – to do this for him, and Bizzarrini came up with the slightly odd-looking but undeniably aerodynamic ‘Breadvan’ and its influential Kamm tail.

It made its competitive debut in the 1962 24 Hours of Le Mans and quickly passed every GTO on the track to take seventh position in the race’s early stages. Alas, in the fourth hour a driveshaft failure led to its retirement. There would be no Le Mans fairytale for this car.

Subsequent outings proved its worth, though, with several wins later in the season, and the car remains a firm favourite on the historic racing calendar. 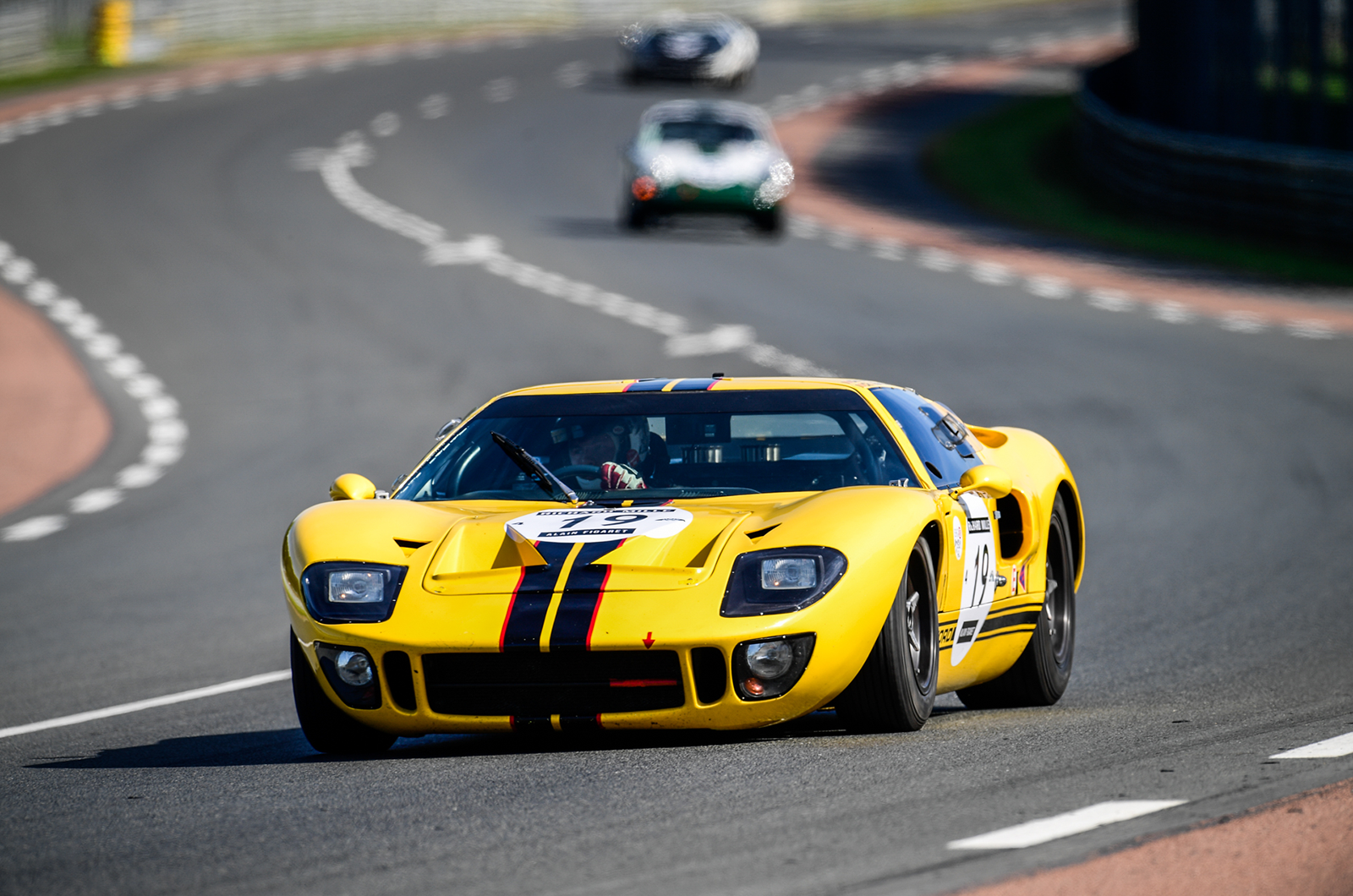 Probably the most famous – and successful – of all American-born racers, the GT40 is another car that indirectly owes its existence to Enzo Ferrari.

In the early 1960s, Henry Ford II set his sights on seeing a Ford race at Le Mans. A possible buyout of Ferrari was mooted, and looked likely to happen – until Enzo pulled out at a late stage of proceedings.

Enraged, Ford determined to build his own Le Mans car and beat Ferrari on track if not in the boardroom.

The result was the GT40 – a car based on the British Lola Mk6 and powered by a 4.7-litre Mustang engine. Though the Mk1 struggled in the ‘64 and ‘65 Le Mans races, Ford’s three-year plan was at least underway, and a MkII was built by Carroll Shelby in time for the 1966 season, this time using a 7-litre Ford Galaxie engine.

The second version proved to be near-unbeatable, taking 1-2-3 finishes at the 24 Hours of Daytona, 12 Hours of Sebring and, memorably, at Le Mans itself.

Further wins came in the ‘67, ‘68, and ‘69 races, with such greats as Bruce McLaren, Dan Gurney, AJ Foyt and Jacky Ickx all tasting victory behind the GT40’s wheel.

The 2018 Le Mans Classic features no fewer than 13 GT40s, all of either the MkI or MkII variety and all on Grid 4. 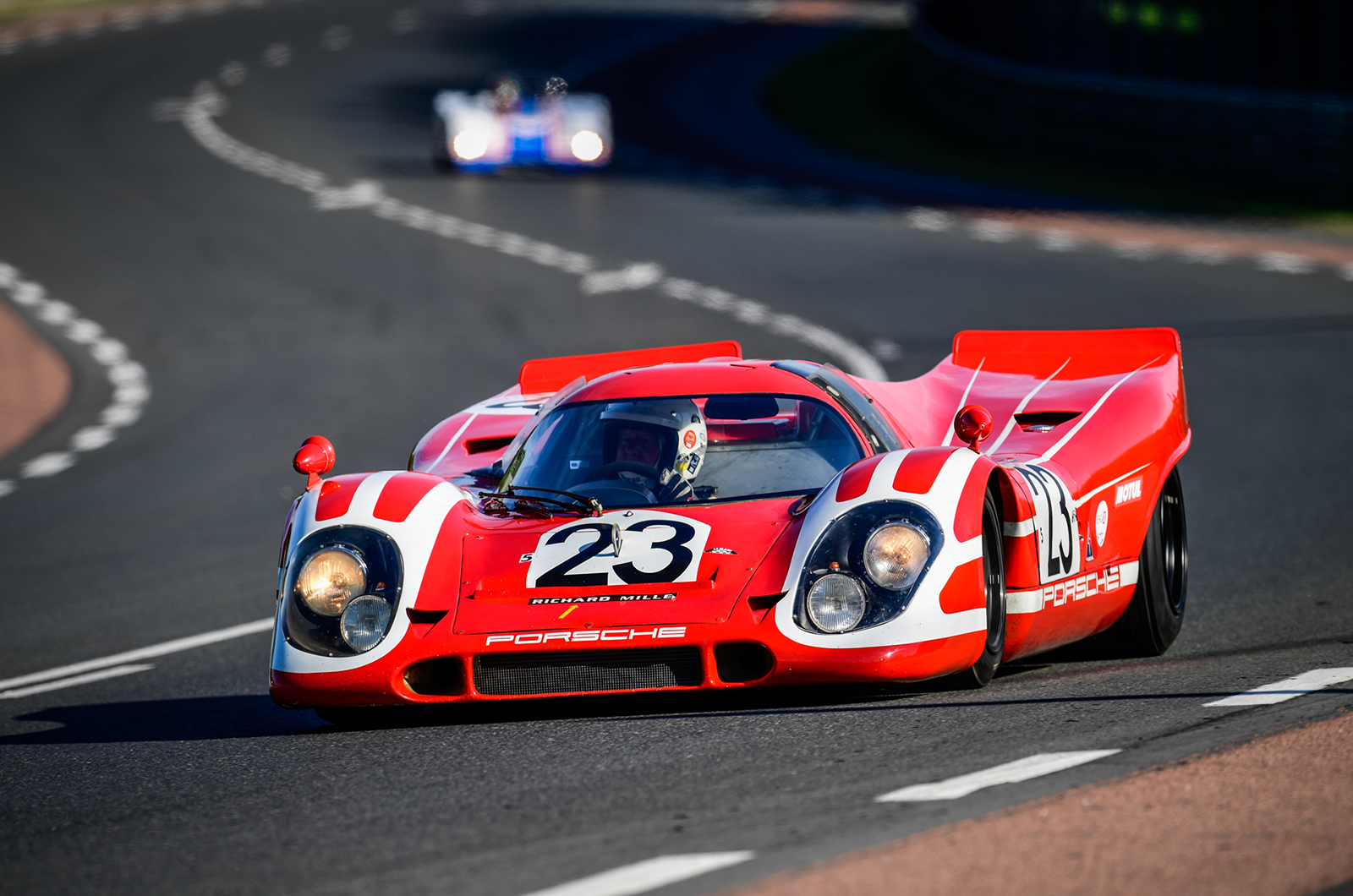 This list would be worthless without a Porsche, not least because this year marks the 70th anniversary of the Stuttgart firm’s sports cars, a fact that will be celebrated with a special race at the Le Mans Classic. But which one to include?

Porsche is the most successful of all Le Mans-winning manufacturers, with 19 victories achieved in nine distinct models. But it all started here, with the 917.

Most recognisable in 917K form, with its shortened tail end, the 917 was born of an expensive effort to exploit a quirk in FIA regulations. Without delving too deeply into the complicated homologation rules, the firm was able to build 25 examples of what was essentially a 4.5-litre prototype, enter it into Group 4 and attempt to claim its first overall Le Mans win.

Alas, it wasn’t all plain sailing. The 917’s untested combination of a powerful 4.5-litre flat-12 and lightweight build proved fearfully unstable in testing and cost gentleman driver John Woolfe his life at the 1969 edition of Le Mans, as his 917 hit the barrier hard at Maison Blanche.

It wasn’t until 1970, with a host of teams racing with the 917 – including a factory team – that a trick was found to make the Porsche prototype a true force on the track. An aerodynamic modification to the tail – made in the pits with some spare aluminium – proved just the ticket.

With a shorter tail, the 917K gained the downforce it needed to put that power to good use. Come Le Mans 1970, the 917K hit the track alongside a low-drag, long-tail version, the 917L, operated by Martini Racing – but it was the Salzburg factory team’s 917K that claimed Porsche’s first outright victory at the French circuit.

The feat would be repeated the following year, with Martini Racing claiming the overall win with a 917K, as three ultra-high-speed 917LH models failed to finish. And, while regulations changes meant the 917 would not return to Le Mans, its legend was firmly established – in no small part thanks to its starring role in Steve McQueen’s Le Mans, filmed at the 1970 race.

Four Porsche 917 cars can be seen at this year’s Le Mans Classic, on Grid 5, of which two are that fabled 917K variant. Don’t miss them.

The Le Mans Classic 2018 takes place from 6-8 July. Tickets can be bought from the official website