PROMOTED: Hagerty’s Festival of the Unexceptional 2019 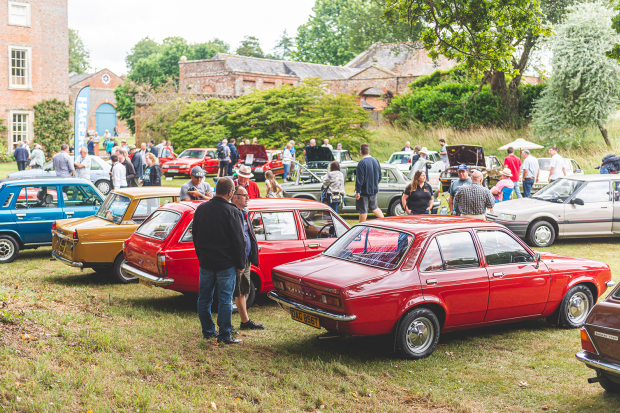 What are the chances of finding an Alfa Romeo 33 on the streets of the UK? Not great: of the approximately 1m built, just six are still registered.

So, to find a stunning example of this boxer-engined hatchback in Hagerty’s Concours de l’Ordinaire at the 2019 Festival of the Unexceptional was a real treat. To find another, in the same colour, in the public car park was extraordinary.

His car shows the battle scars of a hard life: patchy paintwork, a faded red carpet and a tweedy interior with the famously un-ergonomic driving position more suited to an orangutan than a human.

It’s a great car and it attracted a huge amount of attention: when I first spotted it, James was being interviewed by a radio presenter from the BBC. 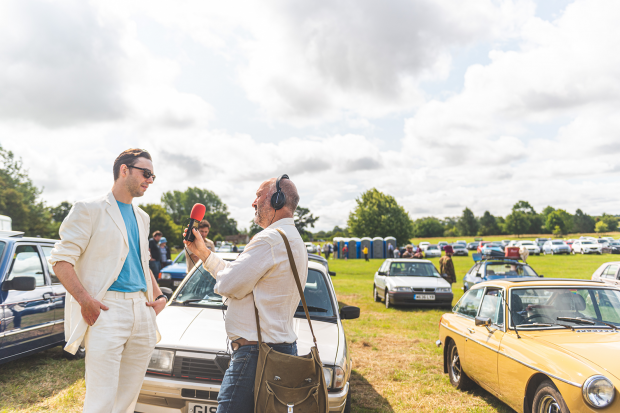 Hagerty’s Festival of the Unexceptional is now in its sixth year and was again a sell-out. It’s a celebration of the ‘normal’ cars of the past, those that used to sit on the driveways of every suburban house, ferry kids to school or their owners to work and back. It’s an homage to cars that sold in their millions but are now unbelievably rare.

With a concours of 50 specially selected cars, an invitational class of manufacturers’ vehicles, a stunning selection of ‘unexceptional’ commercial vehicles and a new Anniversary Class it’s not a joke at the dull cars’ expense, but a true celebration of those vehicles that most of the visitors have a true emotional connection to. 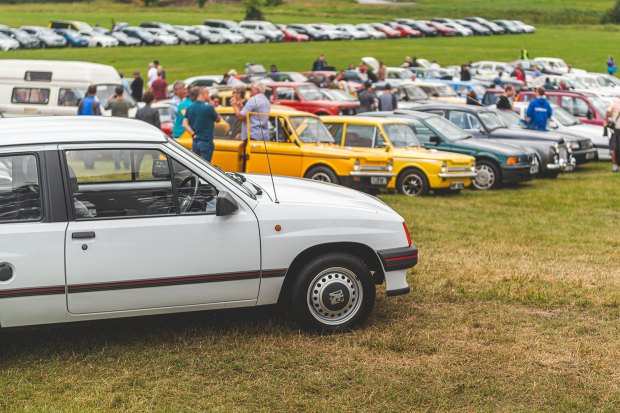 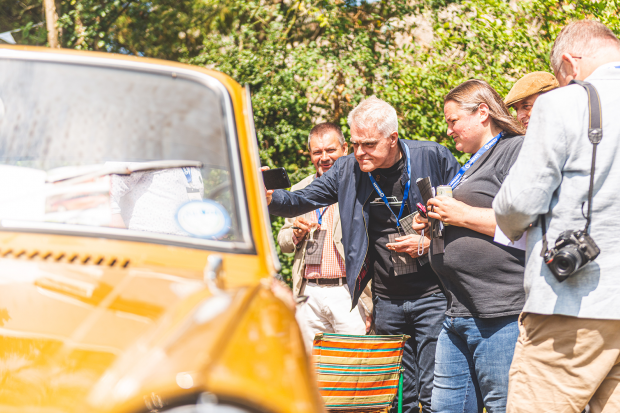 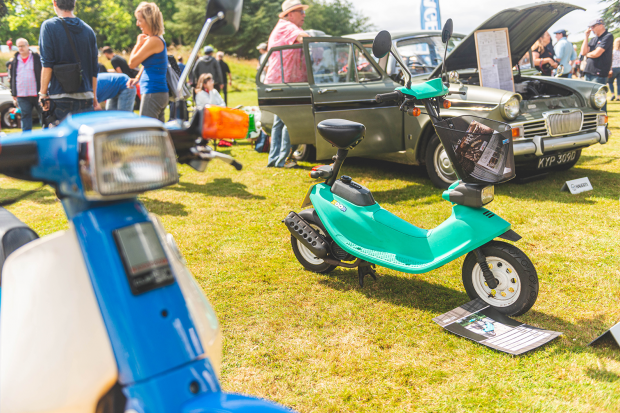 Clockwise from top: Honda C50, Honda Zook and Singer Gazelle; the judges; just some of the car park

It also has a very other-worldly vibe to. What other car show would have a special advanced parking area that allows in such cars as British Leyland Princesses, Citroën 2CVs and rusty Alfa Suds but relegates a shiny McLaren 720S to an also-ran space right next to the Portaloos?

This year there was also a new Anniversary Class full of cars celebrating major birthdays this year, the assessment of which veteran Unexceptional judge Sam Skelton was entrusted. 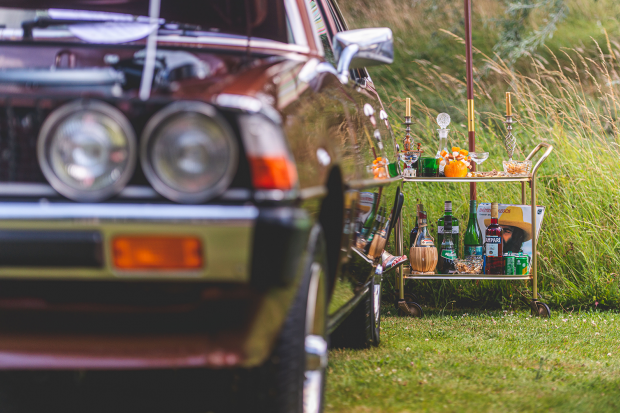 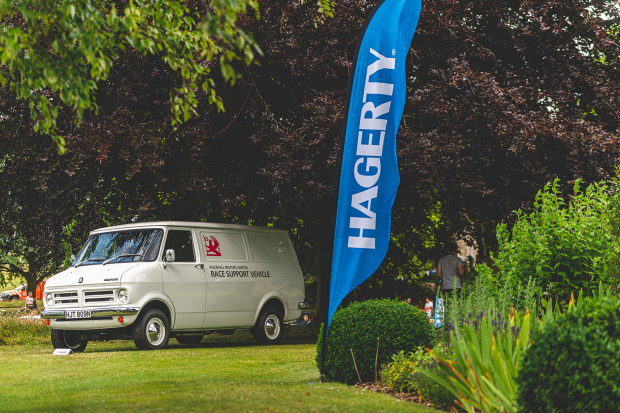 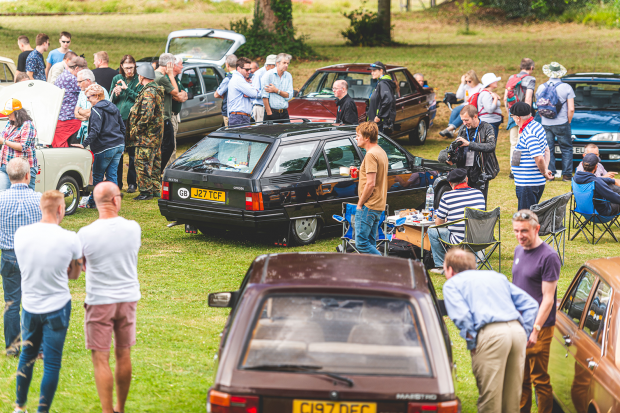 Clockwise from top: the winning picnic next to the owner’s immaculate Colt Sigma; an eclectic mix; immaculate Bedford CF

Even in this crowd there were some stand-out cars. A gleaming Ford Cortina Mk 5 was a firm favourite, as was Vauxhall Heritage Fleet’s own Bedford CF van. A Simca 100 GLS sported a very special blue metallic paintwork, and a Trabant P601 Kombi displayed full Interflug livery in exceptional detail including original stickers.

At 2pm, the sell-out crowd assembled to hear the judges’ decisions. Announced by an enthusiastic Danny Hopkins, the People’s Choice Award went to Simon Gaisford and his wonderful 1982 Peugeot 305 SR Estate while Sam Skelton’s choice of the Anniversary Class was a superb 1982 Vauxhall Astra GL 1300S owned by David Loasby.

The ‘Feast of the Unexceptional’, an award for the best period picnic, was won by Mike and Judith Burkett, who presented a full 1970s drinks cabinet and nibbles next to their immaculate 1979 Colt Sigma GLX.

The Junior Judge’s prize, awarded by kids for their favourite, went to Hagerty’s own Dan Goff and his 1989 Citroen BX 19 DTR, displayed in taxi specification and enhanced by Dan’s outfit of shell suit, Kappa trainers and gold-effect Casio digital watch. 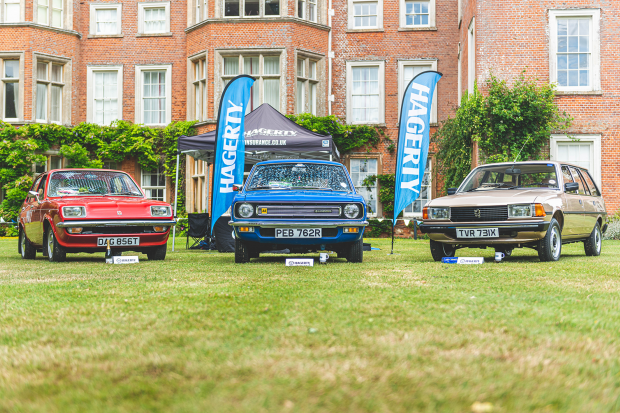 Then it was on to the main concours. The runner up was a 1978 Vauxhall Chevette E owned by Philip Hunt, the judges impressed by its total base specification, but Best in Show was secured by Michael Carpenter’s 1977 Morris Marina 1.3 Deluxe Estate.

Despite its name the car also represented a very low-spec edition and the judges loved its story: a previous owner had kept it in long-term storage and attempted a restoration that apparently resulted in him losing three fingers.

When Carpenter bought it, the car was covered in years of grime, but this somehow protected the bodywork and when cleaned, the gleaming original paint re-emerged.

Hagerty’s Festival of the Unexceptional 2019 proved again the affection so many people have for the cars that were once a huge part of their lives. We’ll be honest: the concours is great, but that’s not what makes this event special. It is the enthusiasm you see in people’ faces, the memories that come flooding back, and a day spent with others who totally understand that passion.

We know we’re biased, but it’s our highlight of the year.

Hagerty are the UK’s specialist insurance providers for classic cars. Visit their website for more content, values and great deals on classic car and bike insurance