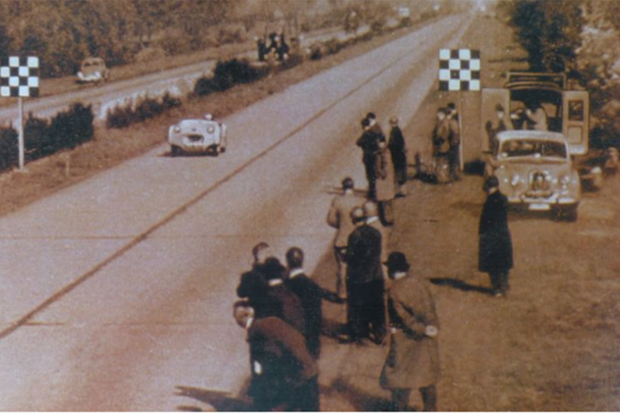 If you’re heading through Belgium along the E40 motorway, you’ll pass a nondescript service station outside of the town of Jabbeke.

There’s not much to differentiate this from any other except for a strip of disused carriageway now isolated behind crash barriers – all that is left of a road that in the post-war period was the destination of choice for British speed tests.

A flat, straight dual-carriageway with a good road surface, the Brussels – Ostend highway was the perfect location for high-speed runs. At first, one man dominated the attempts: Lt Col Goldie Gardner, a Great War veteran and almost obsessive collector of speed records. 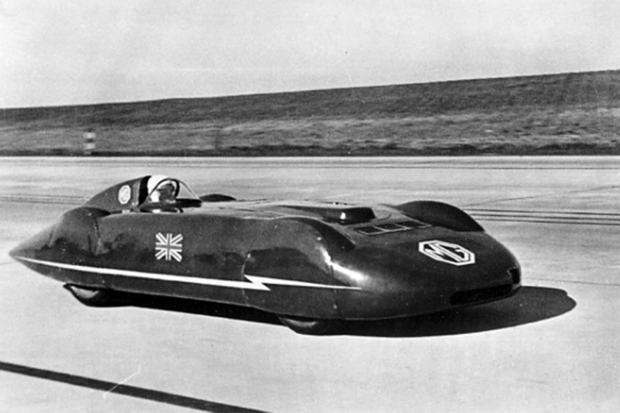 Undaunted by the fact that he didn’t have a 500cc engine, Goldie Gardner simply removed two pistons and conrods, blanked off the two spare pots, and achieved the record at 118mph.

That year Donald Healey joined the party, bringing his Healey Elliot Coupe to Jabbeke, running it up to a measured 110.8mph and establishing it as the world’s fastest closed four-seater production car, a record it briefly held.

In September 1948 Goldie Gardner returned in the EX135, but this time with an experimental 4-cylinder version of the Jaguar XK engine. Reaching 175mph, it made Sir William Lyons take note, and the following May the new Jaguar XK120 was rolled out on to the Belgian highway.

Ron ‘Soapy’ Sutton took the car, clad in Dunlop Road Speed tyres and fed on standard Shell fuel, up to 132.596mph for the measured mile. Later, he drove the car to the celebratory lunch in Ostend, where it was reported he was “rather neglected” 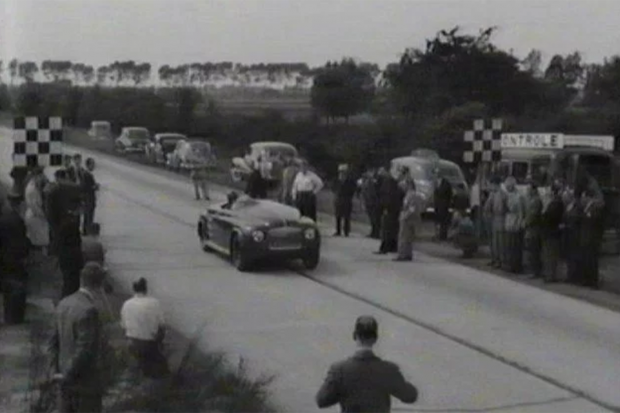 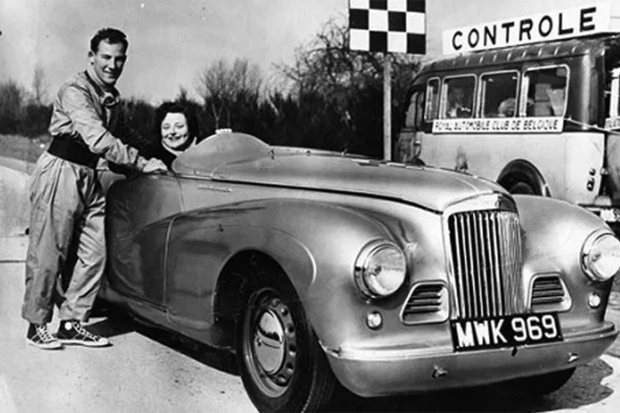 By the start of the 1950s, Jabbeke was well-established as a speed test venue for British manufacturers.

In 1952 Donald Healey returned to test what was then known as the ‘Healey Hundred’ prior to its unveiling at the Earl’s Court Motor Show.

The car was anything but stock: bumperless, it featured a hard tonneau, a belly plate to improve airflow and no windscreen. The 2267cc engine, with special crankshaft and close-ratio gearbox, helped Van Damm set the highest average speed, reaching 120.135mph, and the glamorous pair grabbed the headlines back home. 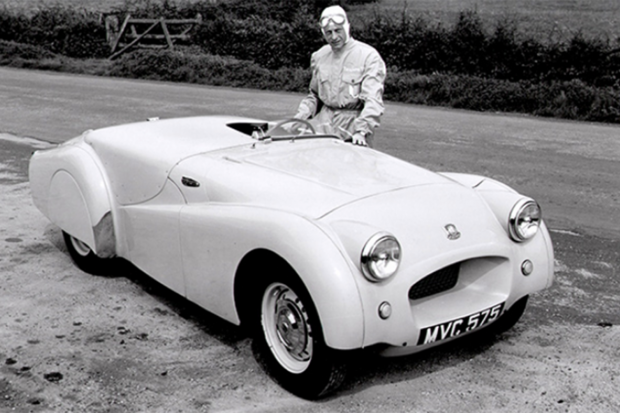 Ken Richardson with the Triumph TR2

Triumph was next, with the Triumph TR2. Set up in ‘speed trim’ (with small windscreen, metal tonneau, fender skirts and belly tray) the car was driven by Ken Richardson up to 124.899mph.

Next, Jaguar returned, giving the XK120 another run. This was no stock car: aerodynamic improvements on MDU524 included a Perspex bubble roof over driver Norman Dewis’s head, helping him reach 172.412mph for the flying mile.

This is a shortened version of an article previously published in the Hagerty Classic Cars newsletter. To read more, and to find other original classic car content, valuations and more, visit www.hagertyinsurance.co.uk