PROMOTED: The MG Metro 6R4 – a lesson in punctuality 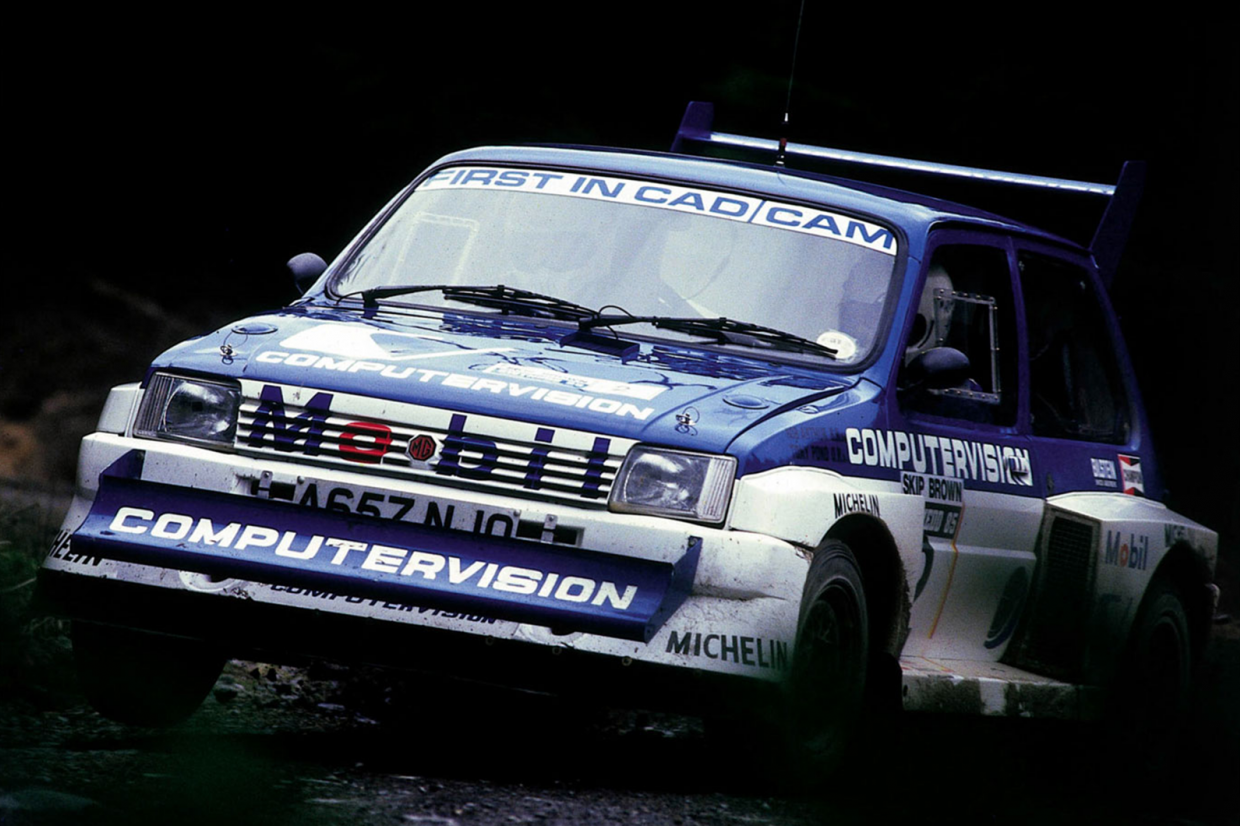 This is one of the runner-up articles in Hagerty’s 2019 Young Writer Competition. People aged 18-25 were encouraged to enter an 800-word story based on the topic of classic motoring, with the winner being commissioned to write for Hagerty and invited to join our content team at the 2019 Goodwood Revival. The judges, including Andrew Frankel, Paul Garlick and Hagerty editor John Mayhead, were very impressed by Charlie’s story, which reached the final three.

It is 1980. The Triumph TR7 V8 has showed its age over the course of the World Rally Championship (WRC) season, finishing seventh in its home rally over half an hour behind the leading Talbot Sunbeam Lotus.

British Leyland Motorsport (BLM) makes the decision to plan for its future in the WRC by permanently retiring the works TR7 from international competition and beginning the development of a world-beating car in February 1981 under the Austin-Rover Group (ARG).

This goal would never be achieved by the final British Leyland car – the MG Metro 6R4 – for two key reasons: the questionable choices made by BLM and ARG and the sedate speed at which the Metro reached completion.

The solutions invested in by BLM and ARG caused the MG Metro 6R4’s slow development. The first error made by BLM was to reject the Formula 2 engine offered by Honda, in favour of finding a solution independently.

The only existing engine in the British Leyland catalogue that could be made competitive was the proven but dated Rover 3.5L V8. However, the V8 did not fit in the car – an effect of emulating the Renault 5 Turbo’s mid-engine layout.

It was decided that a purpose-built powertrain was to be created and a placeholder was to be used for chassis testing. This placeholder was a ‘hack’ engine created by removing two of the V8’s cylinders and using racing internals and carburettors, resulting in a 250bhp V6. 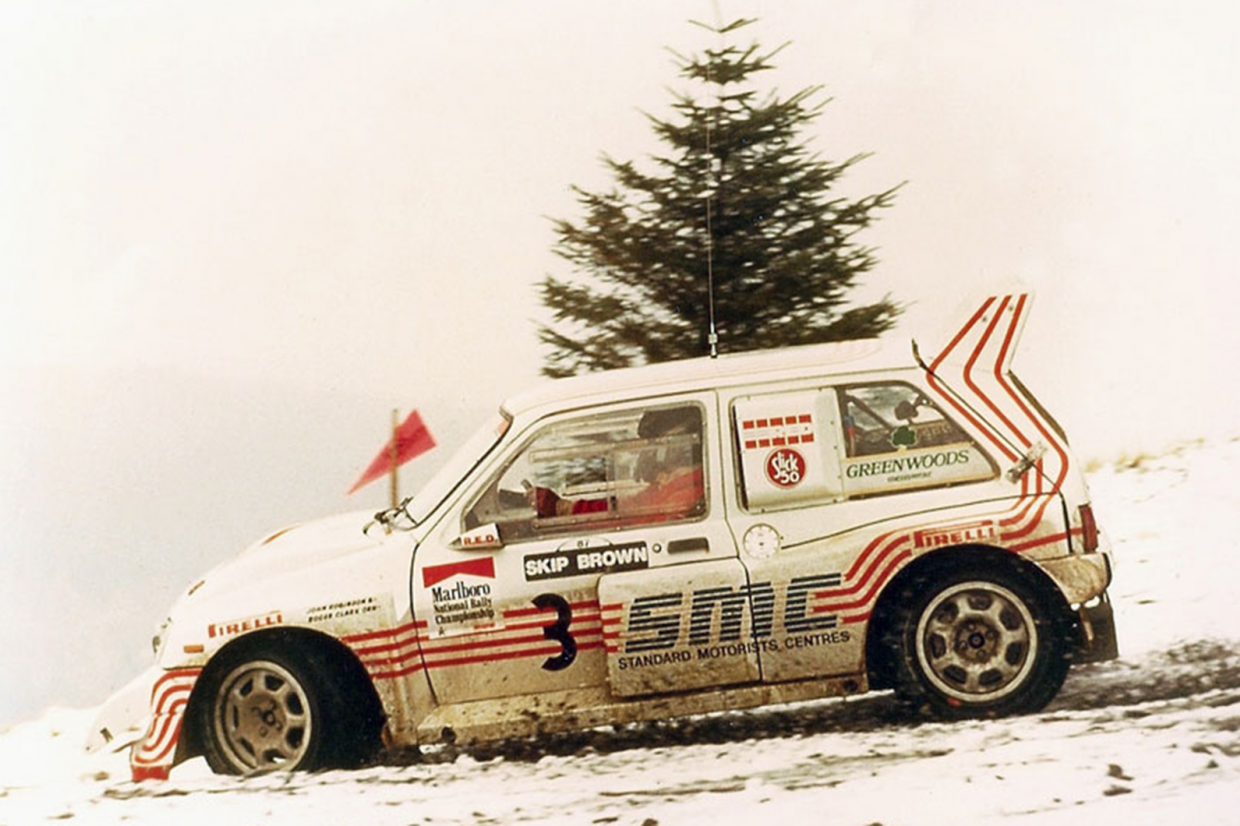 The engine specification is where the next mistake was made. Turbocharger systems were still unrefined in 1981, with their introduction to Formula 1 (F1) being made four years earlier and the first win for a turbo F1 car being achieved only two years earlier. The imperfections of turbochargers made driving these cars akin to riding a bull: extraordinarily powerful, but distinctly unpredictable. A turbocharged car required great concentration to drive at winning pace.

Formal development of the MG Metro 6R4 began in February 1981 with assistance from Williams Grand Prix Engineering, the Formula 1 constructors’ champion for 1980. The project was fully operative by late 1981: Austin-Rover was to focus on the powertrain and Williams was to control chassis evolution and prototyping.

Williams began production in mid-1982, with the first engine installation occurring in December. On the 11th of February 1983 the first test was completed to great success. Having fulfilled their brief, Williams left the project in August 1983.

The engine dubbed the V64V – due to its V6 configuration with 4 valves per cylinder – was not ready to test at this point. In March 1984 the Metro competed in its first rally, winning eight stages. The rally was entered using the ‘hack’ and an alternator fire forced a retirement from the event.

In March 1985 the Metro achieved its first victory in the Skip Brown Gwynedd rally. This was soured as it was accomplished using the ‘hack’, casting doubt upon whether the V64V would ever compete. 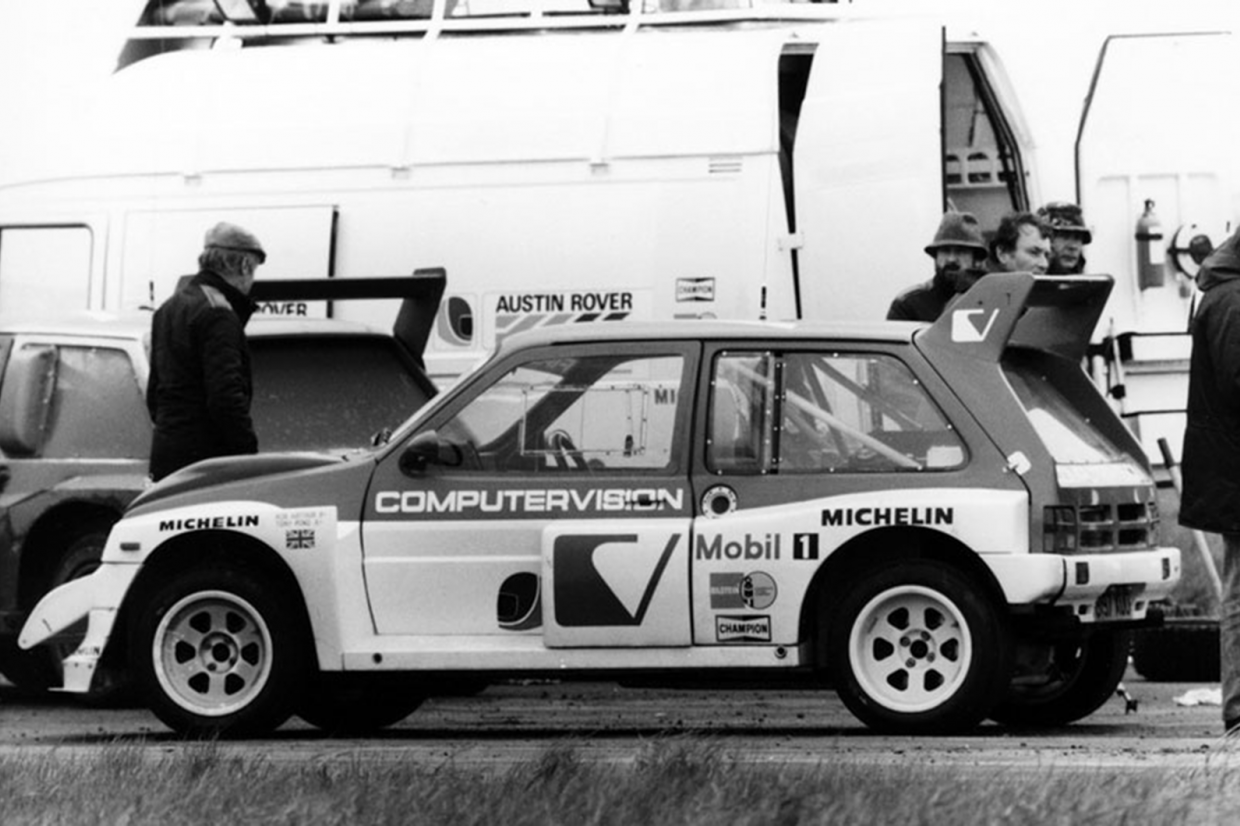 In November 1985 the Metro 6R4 debuted at the Lombard RAC Rally. Of the two Metros run by ARG, one finished third behind the two also-debuting Lancia Delta S4s, and the other retired with engine problems. While seemingly impressive, a third-place finish on their home rally behind two turbo cars was a worry for ARG because the winners were just as new as the Metro. The result implied that ARG were incorrect in gambling that the drop in pace caused by fatigue from driving turbo cars was significant enough for slower, more consistent driving to be faster over the entirety of a rally.

In 1981, ARG’s gamble was likely to have worked. However, within the 4-year development, turbochargers had been greatly refined. The Lancia Delta S4 had a viable solution in twincharging: a supercharger utilised alongside the turbocharger to make the power delivery more linear, reducing fatigue.

As the fatigue of the drivers could not be relied upon, ARG had to run the V64V in a higher state of tune than it was originally designed for to compete: customer cars were delivered with 250bhp, whereas the competition cars had 410bhp, stressing the engines greatly. The Metro that was retired from its debut retired on stage 23 out of 65, showing how frail the tuned V64V was – yet it had to be run that way.

In conclusion, the MG Metro 6R4 is a lesson in punctuality: it failed because it arrived late. It was late because Austin-Rover chose to develop an engine independently, and by the time the engine was finished it was neither relevant nor reliable.

Had Austin-Rover used the Honda-offered engine, it is likely the Metro could have seen more success as it would have been ready as soon as the chassis was complete in August 1983 – long before the completion of the Lancia Delta S4 that would outclass it on their shared debut.