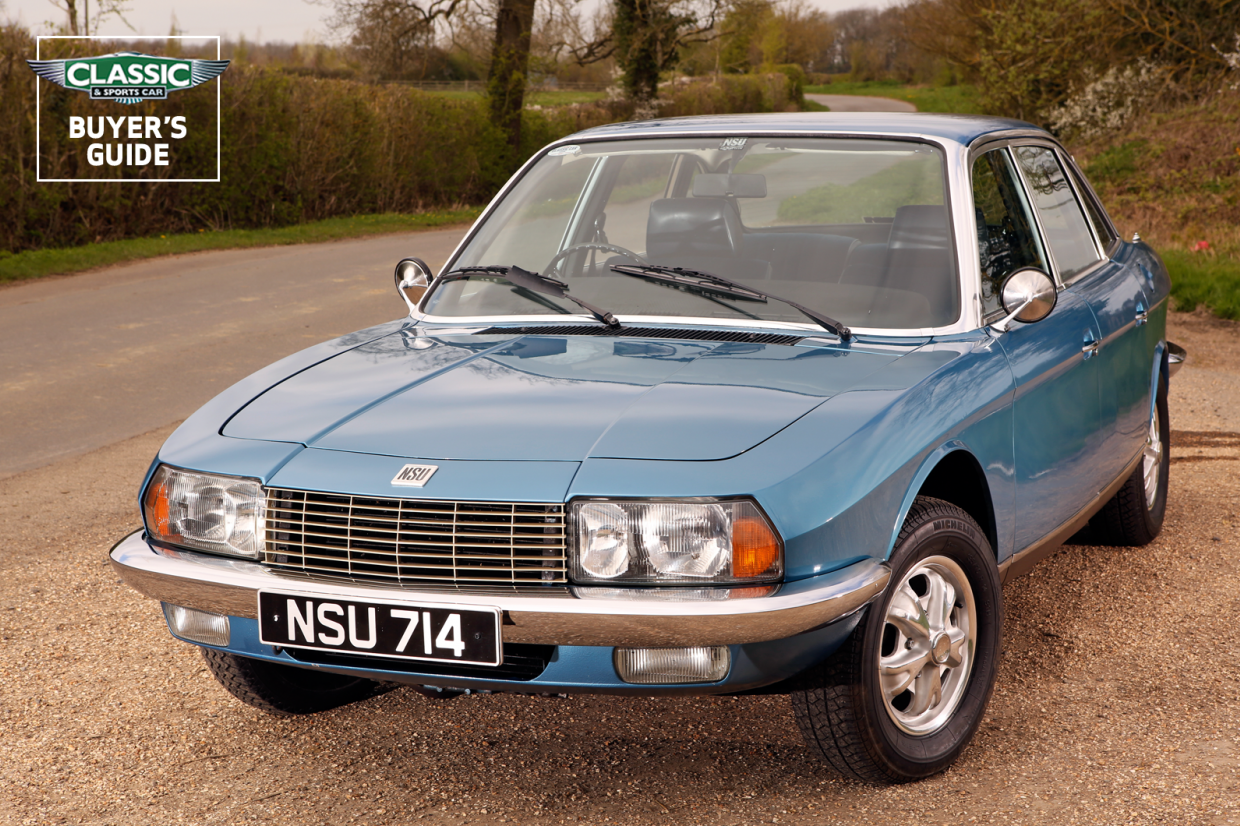 Surely the most modern 50-year-old car that you can buy, the NSU Ro80 is far more usable than most people think, and grossly undervalued.

That’s all down to its past reputation, and (understandable) fear of its revolutionary technology, but a well-restored Ro80 can be extremely durable even in standard form. That longevity could be further enhanced with the ceramic rotor tips being developed by the German club.

Compact, light, quiet and exceptionally smooth, the Wankel has one flaw: poorer fuel consumption than most rivals.

As a car, though, the NSU offers far more than just its remarkable motor. Its three-speed, semi-automatic transmission has a vacuum-operated clutch controlled by a microswitch in the gearlever and a torque converter to give fluid power delivery.

The Ro80 has front-wheel drive, with the engine mounted low and forward. It has rack-and-pinion power steering, plus dual-circuit disc brakes all round. It has all-independent suspension with MacPherson struts up front and semi-trailing arms at the rear. And it has a drag coefficient of just 0.355. 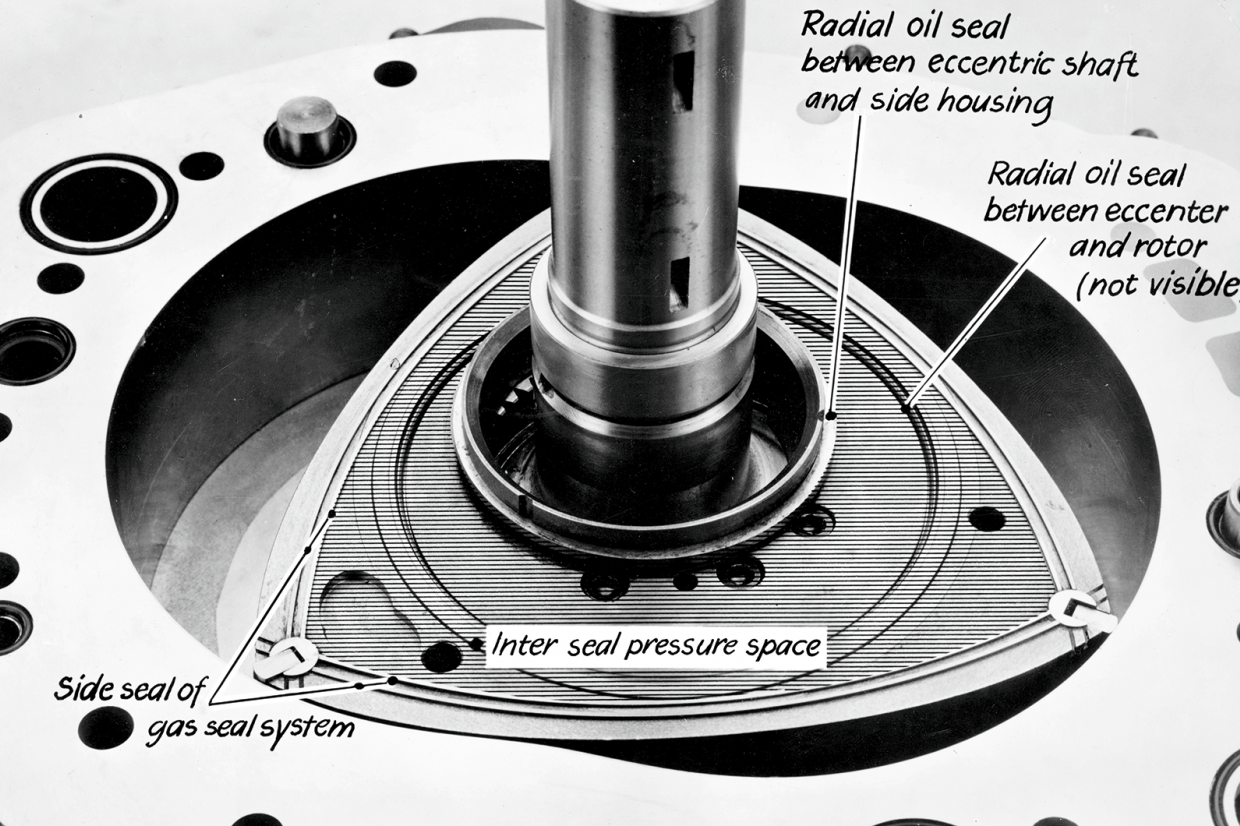 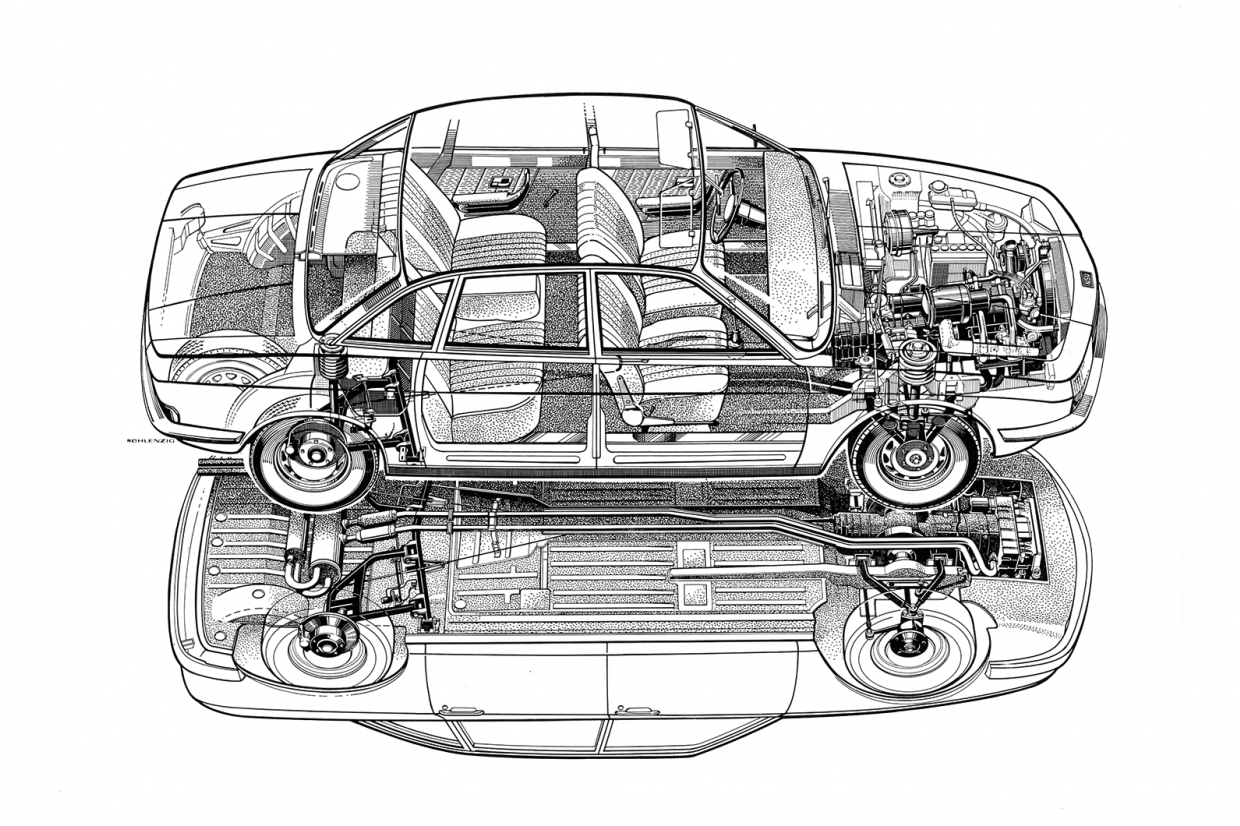 Motor in its 1968 road test suggested that the Ro80 could be the Car of the Decade, not just Car of The Year, commenting ‘the Wankel engine has already surpassed in smoothness and refinement, particularly at high speeds… an equivalent piston engine, and at least equalled them on performance. The steering, handling and roadholding are probably better individually and almost certainly collectively than those of any other luxury car we have tried’.

Six years later, the same magazine would reflect on the warranty claims that had forced NSU to merge with Audi under the VW banner, praising the company for its ‘generous no-questions-asked warranty scheme’ and later two-year/24,000 mile guarantee.

Sadly, despite the manufacturer’s faith in the product, customers would not return. More than half the build total was in 1968-’70, with another small blip in 1972-’73 – after which each year’s total was less than 2000.

Production changes were few, as were extras, the most common of these comprising Fuchs alloy wheels, manual or electric steel sunroof, tinted glass and rear headrests/seatbelts. 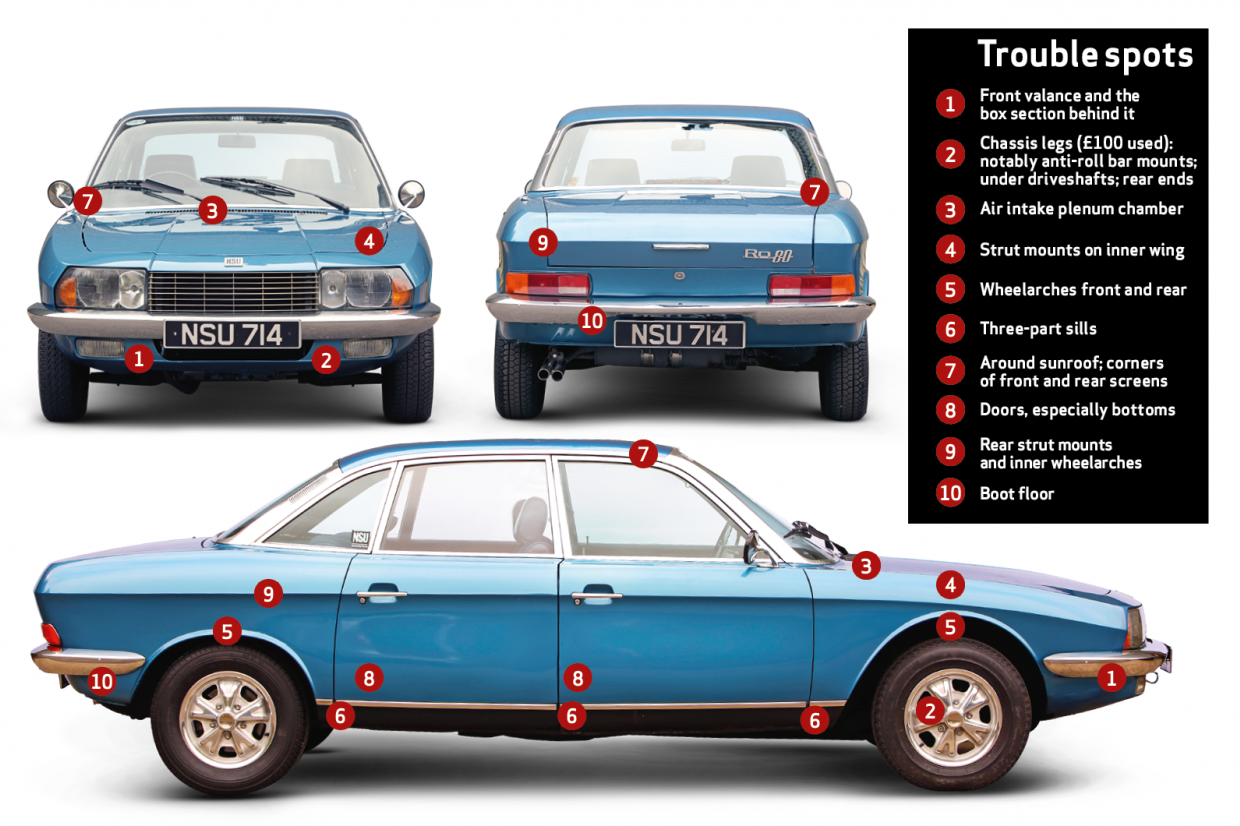 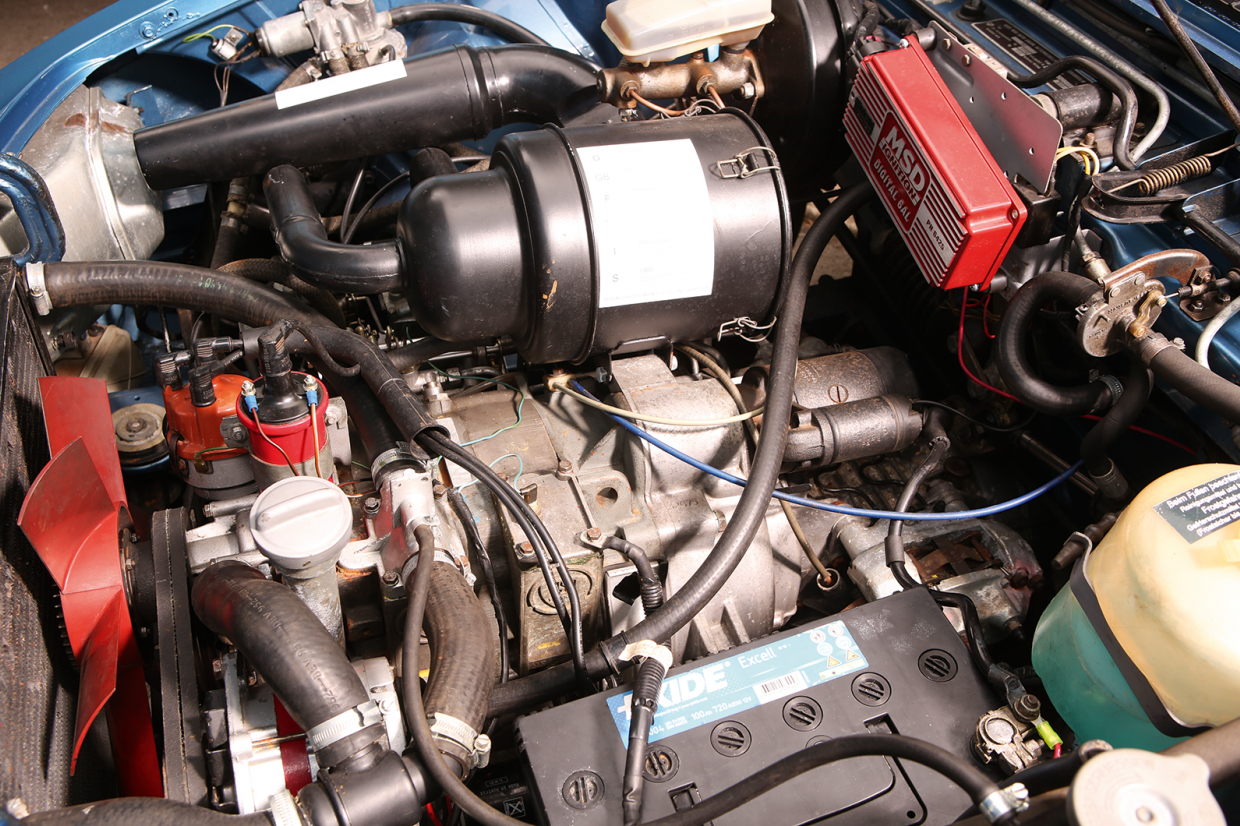 A compression test is vital to confirm the condition of the Wankel engine, but it should be carried out by a rotary expert (Mazda): see Specialists over the page for a list of capable firms. Inspect thoroughly for signs of overheating – the temperature gauge should stay on the ‘thin white line’ in normal driving. 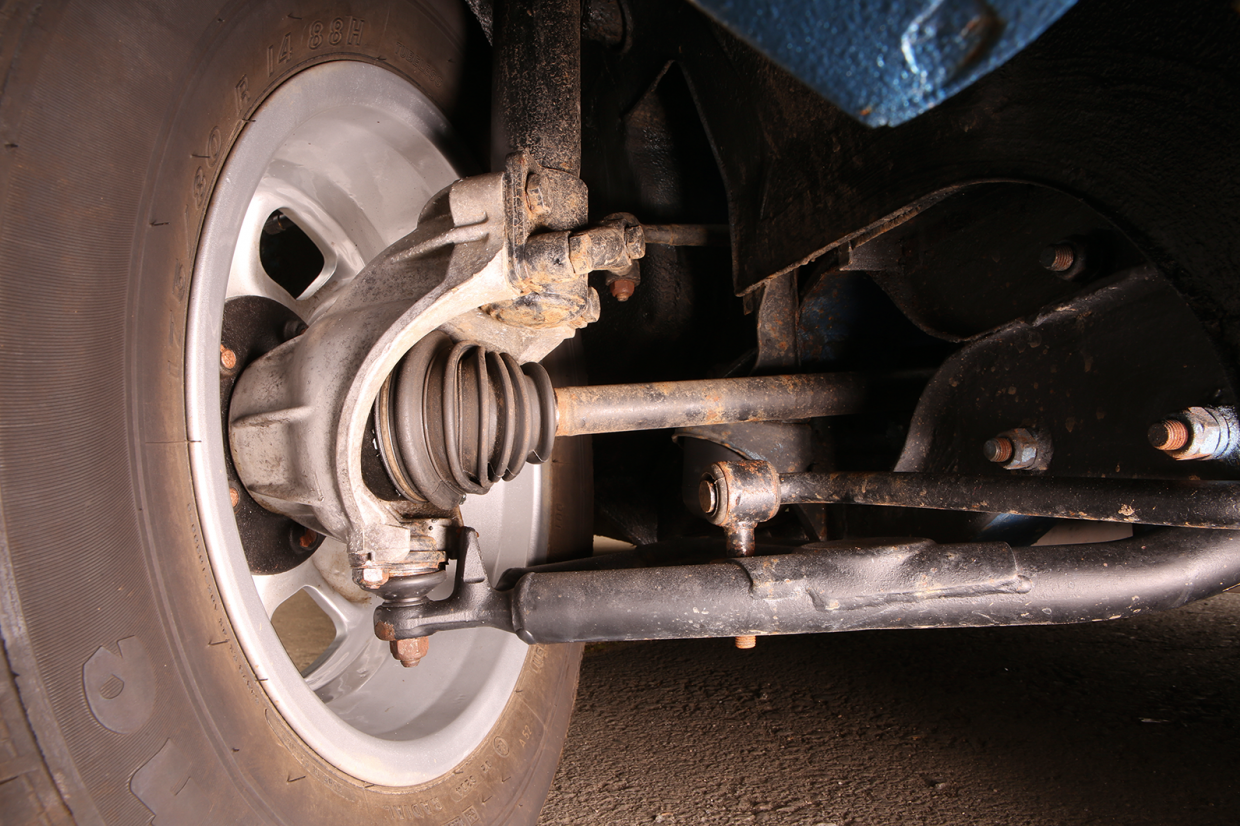 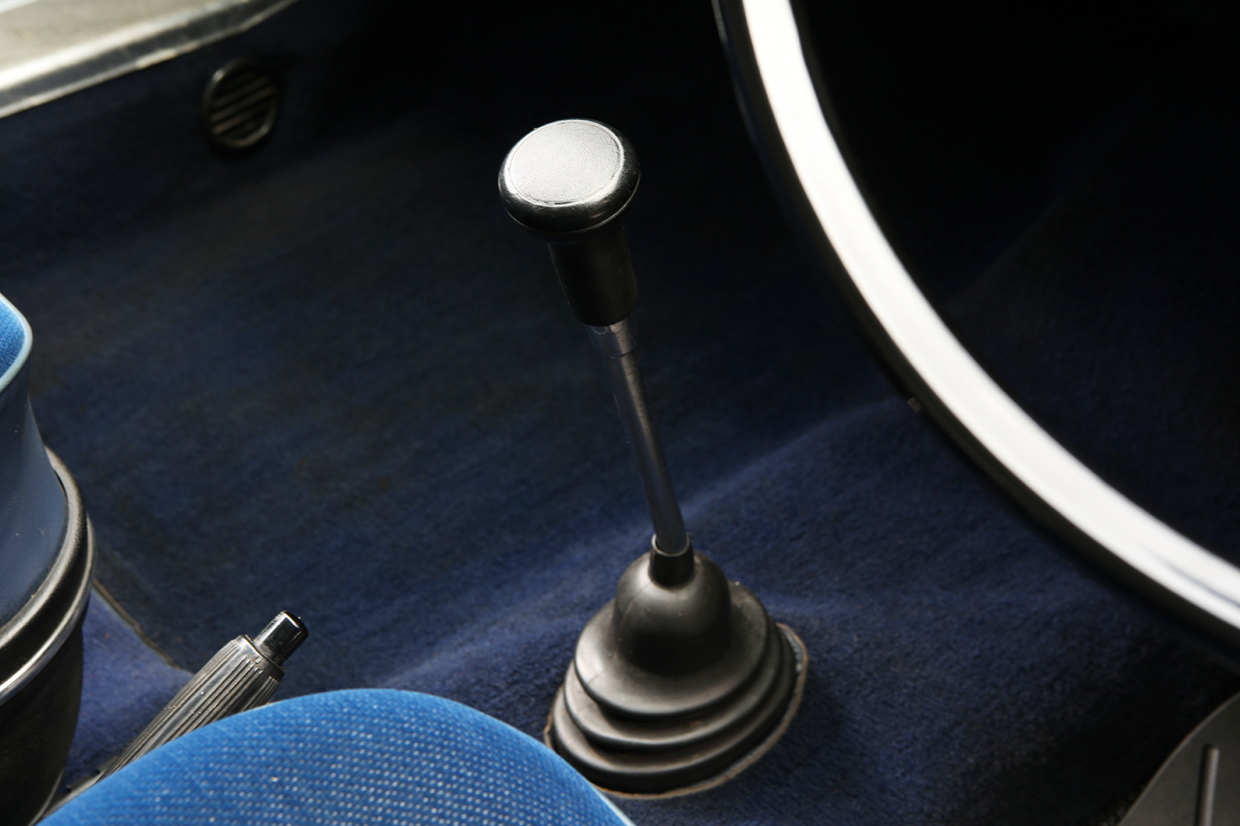 MacPherson strut top bearings can wear and generate knocking sounds, while dampers get weak or leak – betrayed by a soggy ride when driving.

Gear selection should be easy and take-up smooth; adjustment will fix most problems, although a squealing gearbox will need to be replaced or overhauled. 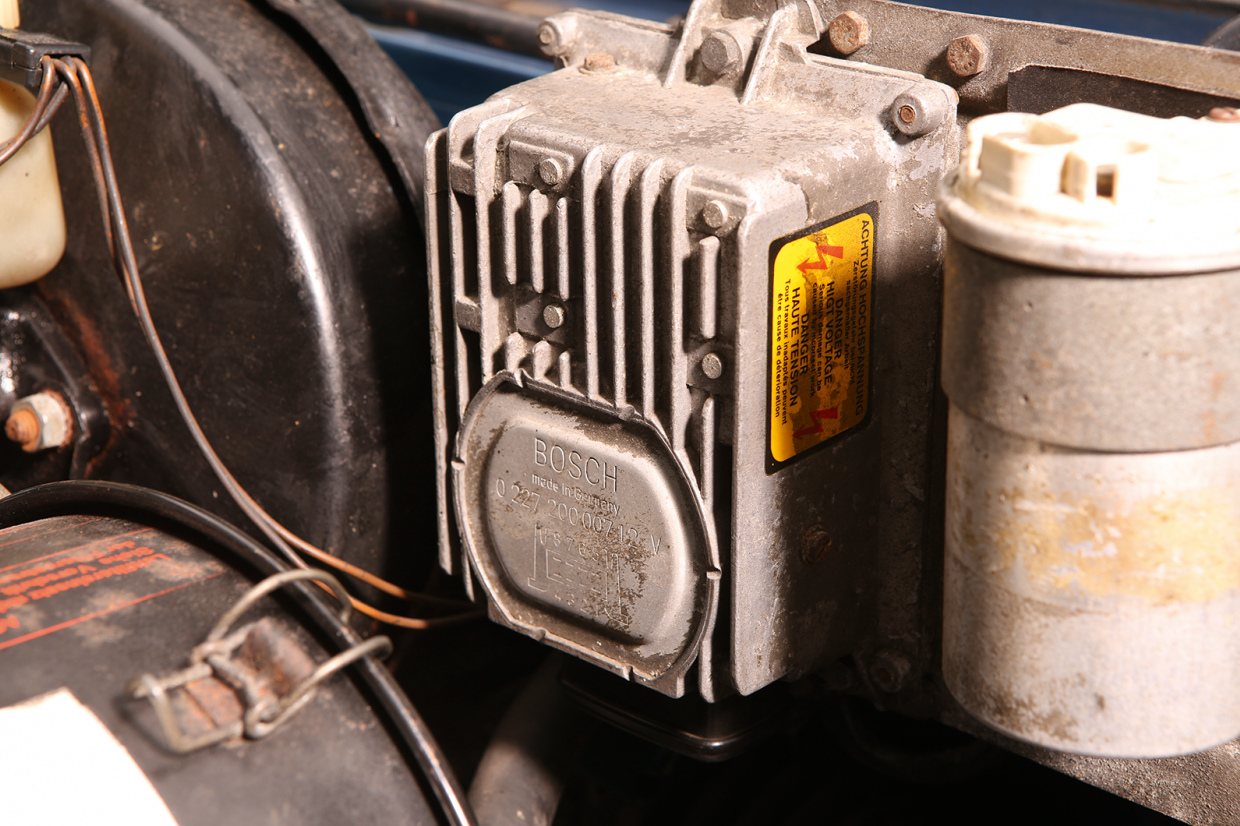 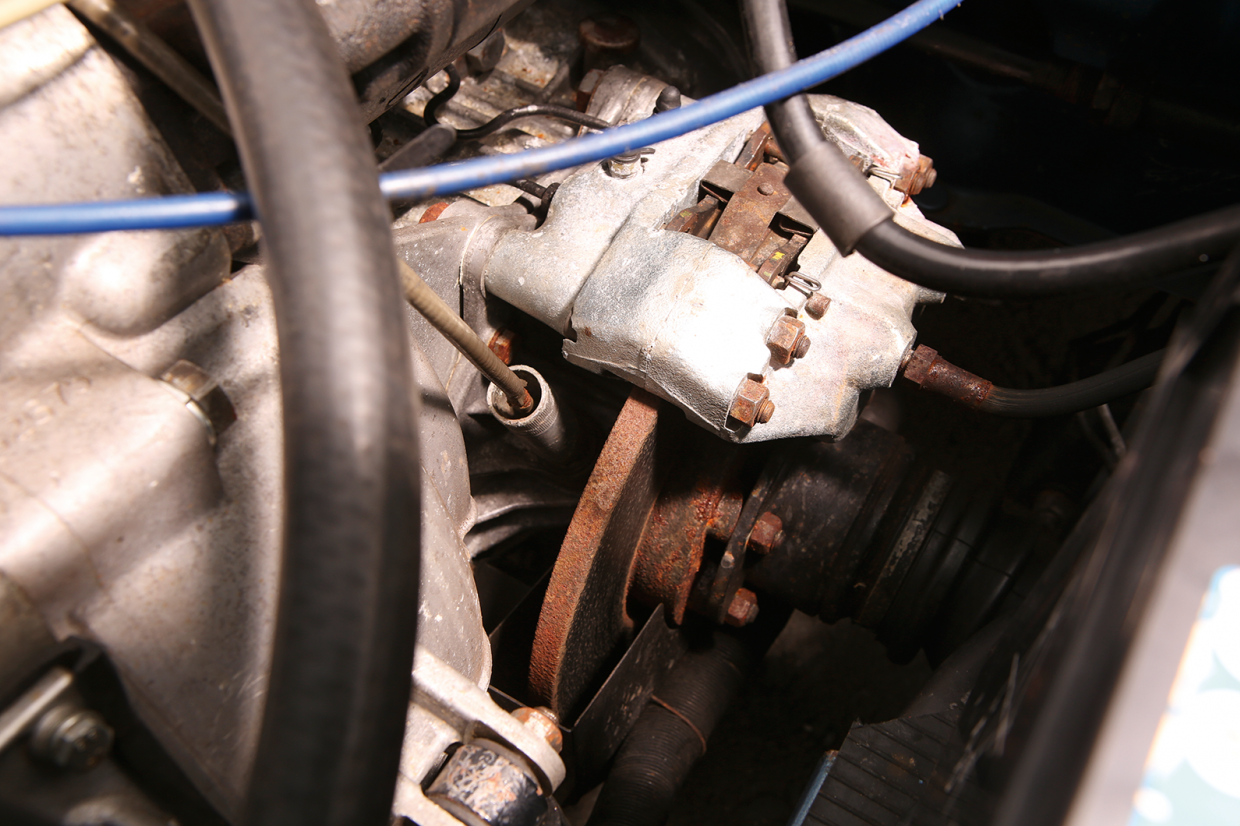 Fitted from late 1971, the electronic ignition module is not available but can be repaired, or replaced with a modern type that’s worth fitting to earlier engines.

Four-pot ATE inboard disc calipers share their seals with BMWs and should give excellent braking if not seized from lack of use. They cost about £180 to overhaul. 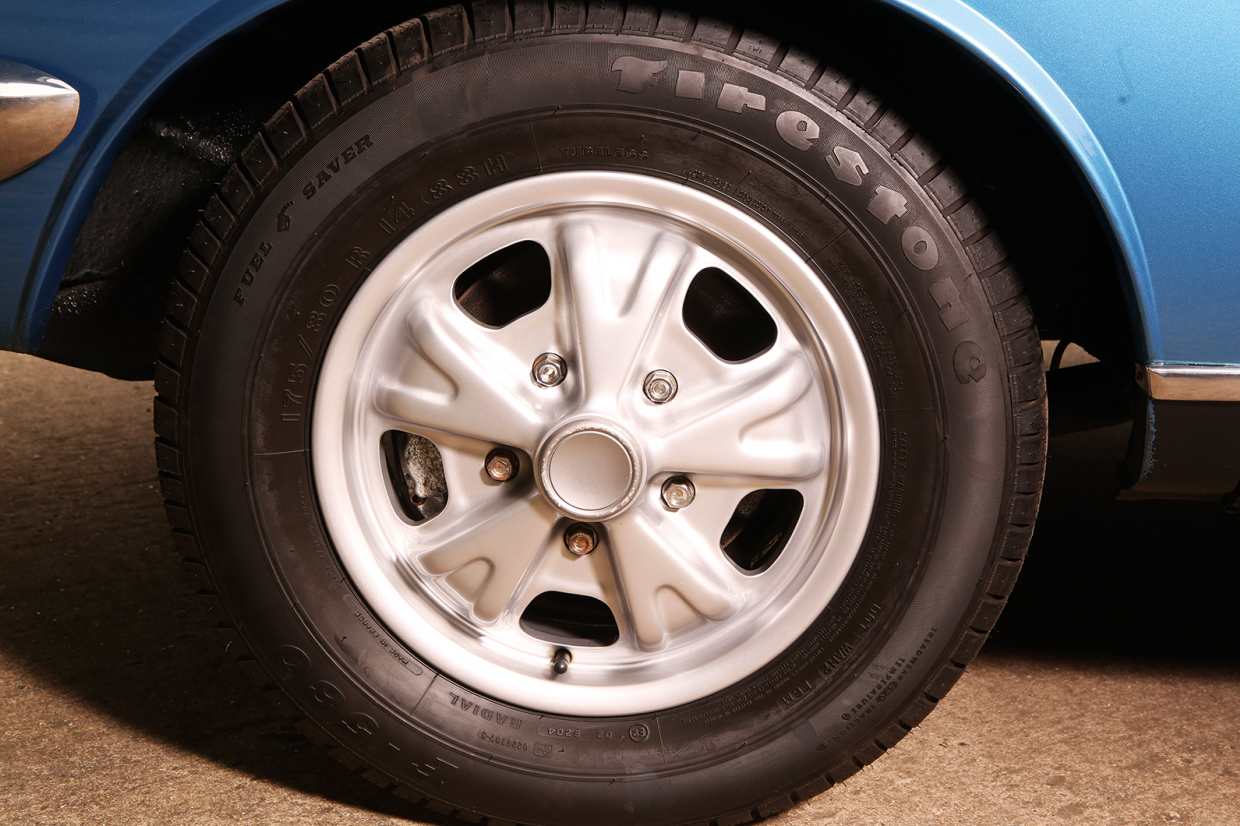 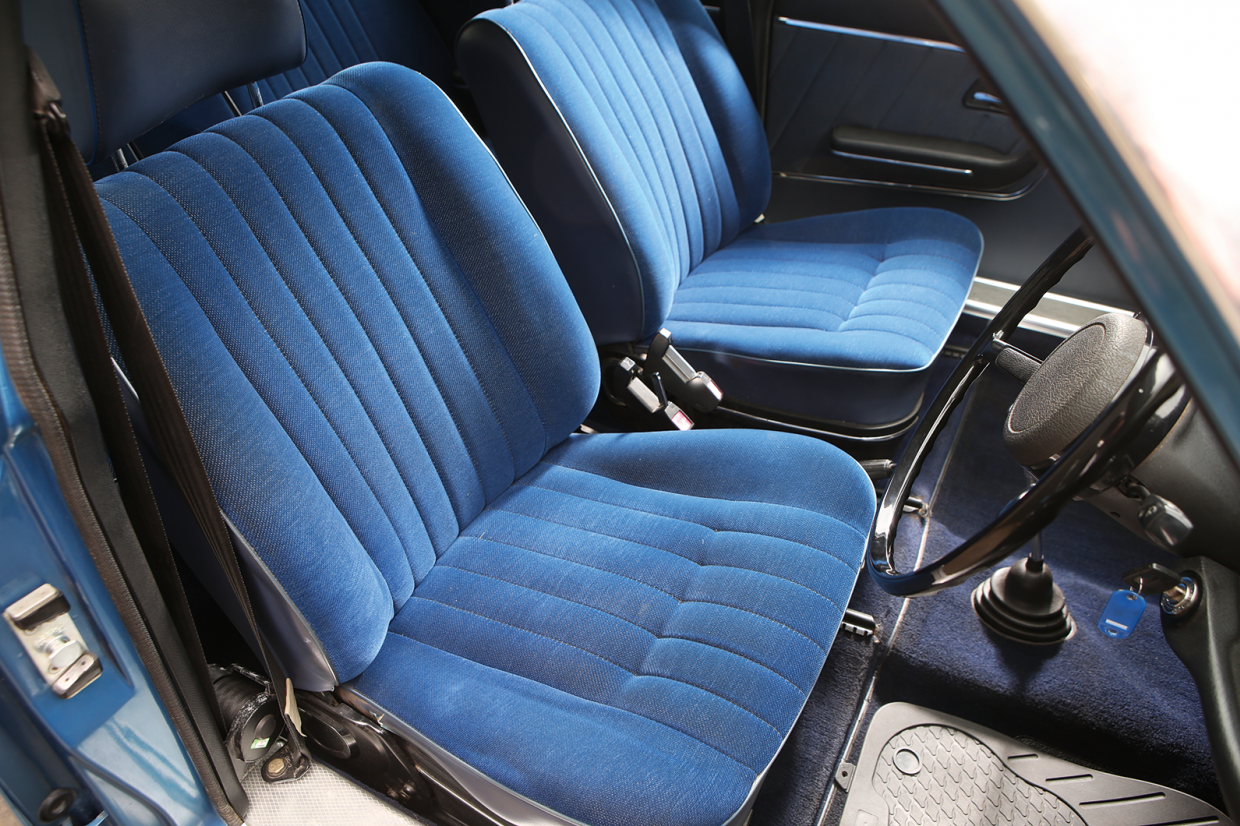 Side bolsters of cloth seats are prone to wear, and deteriorate if car is left in the sun too much; vinyl is more durable. Look for signs of leaks around both screens. 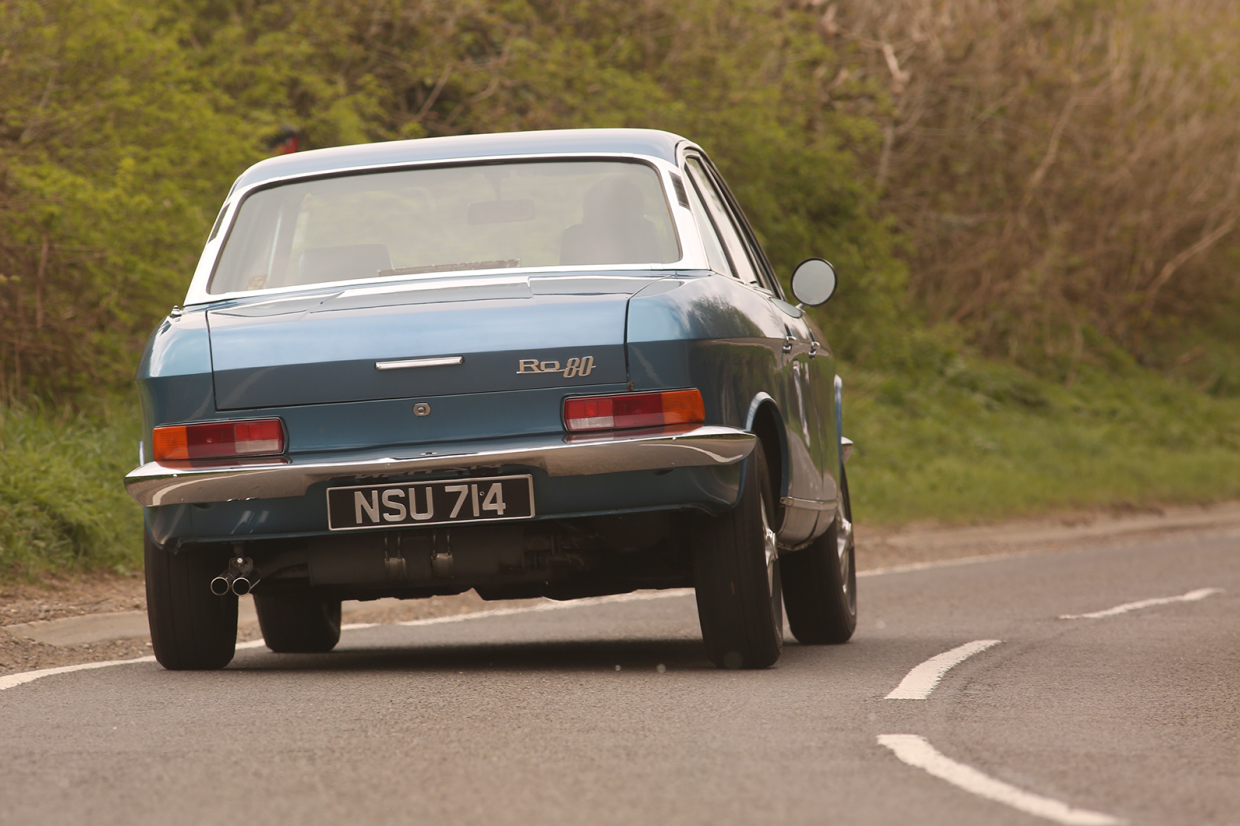 The NSU grips keenly, with sublime handling, and the payback of the soft set-up is a supple ride

Smooth, quiet and comfortable, a good Ro80 is a revelation; Martin Buckley maintains that it rides better than a DS, in fact. Later cars have a warning buzzer to discourage high revving which shortened engine life, and were set up so that power dropped off above 6000rpm.

NSU recommended oil changes only every 12,000 miles, but for the gearbox and engine. Confirm both have been done religiously, the engine oil preferably more frequently unless fully synthetic is used.

Wankel engines suffer from seal tip wear, and chatter: a professional compression check is vital. There are three compartments in each of the two rotors (see illustration over page), all of which should top 7bar, with a variation of no more than 0.5bar.

Idle speed should be about 1200rpm: hold the car on the brake at idle, engage first and run the steering from lock to lock; if it stalls, the engine is weak. Briefly (with foot still on brake), apply full throttle – the revs should rise to 2000-2200: if higher, the clutch is slipping; if lower, the engine is tired.

Carefully inspect the coolant level and running temperature: the O-ring water seals on each side of the engine casing can fail, causing leaks and leading to overheating.

Conversions – to Ford V4 or Mazda rotary, though other engines are known – are unpopular and now cheap. Swapping back is viable if the rest of the car merits it. Sometimes Ro80 marine units with 135bhp are fitted: this is a desirable but involved upgrade.

Note that front ’screens should be dual-curvature but some replacements are not, and are extra-difficult to seal. Damp getting in can ruin trim and rot floors.

1967 Sep Ro80 launched at Frankfurt Show, with cloth or vinyl trim. Awarded Car of The Year 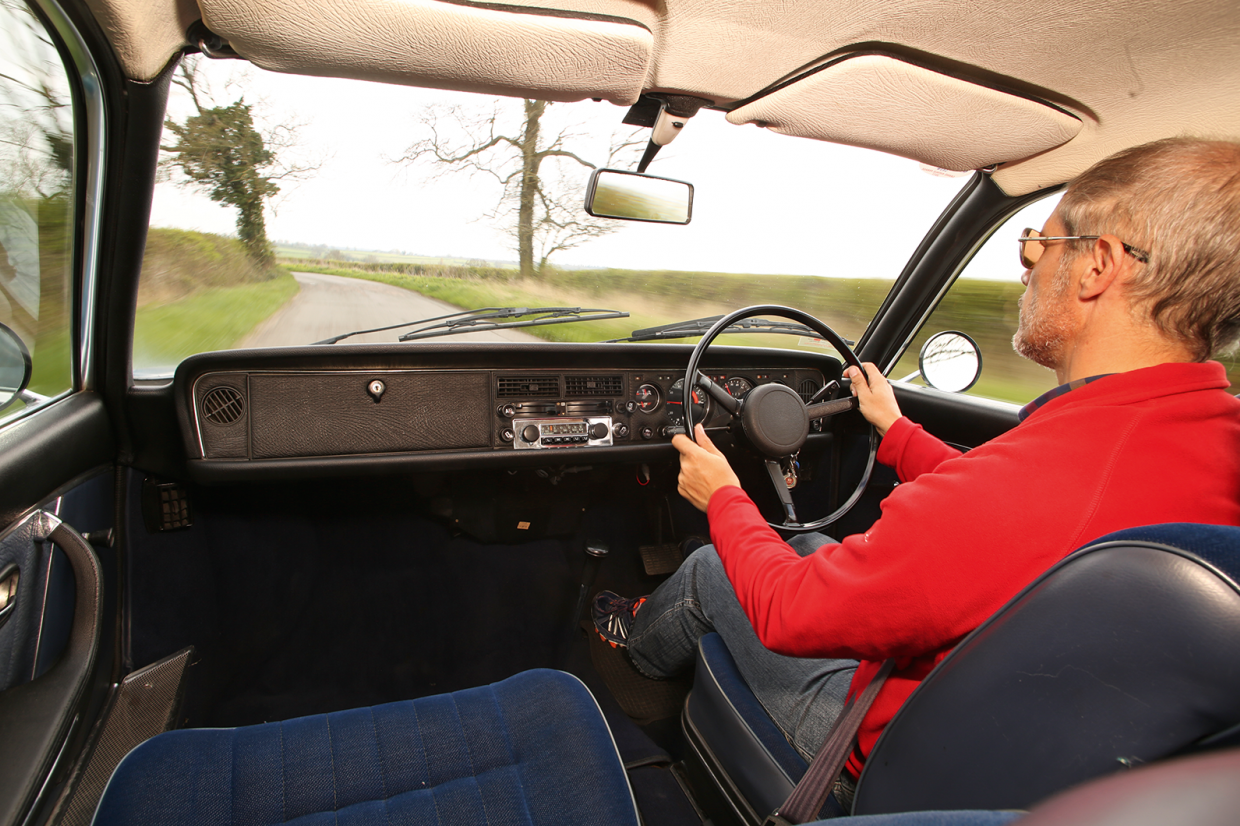 Owner Phil Blake (not pictured) has had more than 30 Ro80s!

UK specialist RoTechniks closed, but club expert Phil Blake is stepping up to the plate: “I came across them as a teenager on my paper round, then joined the club and bought one when I was 16. I started helping technical guru Clive to strip cars; he taught me how they go together.

“I’ve been buying scrap ones and stockpiling parts ever since; I’ve owned more than 30. My favourite is a ’69 car that I’ve had since 2002: its four-plug engine has done 40,000 miles, but it performs like new. It’ll do 110mph all day on the German autobahns.

“I use synthetic oil with Redex or a two-stroke additive: it’s vital to pre-mix an extra lubricant; Protek R is good. I know one owner who’s done 700,000km in 40 years with only one engine change.” 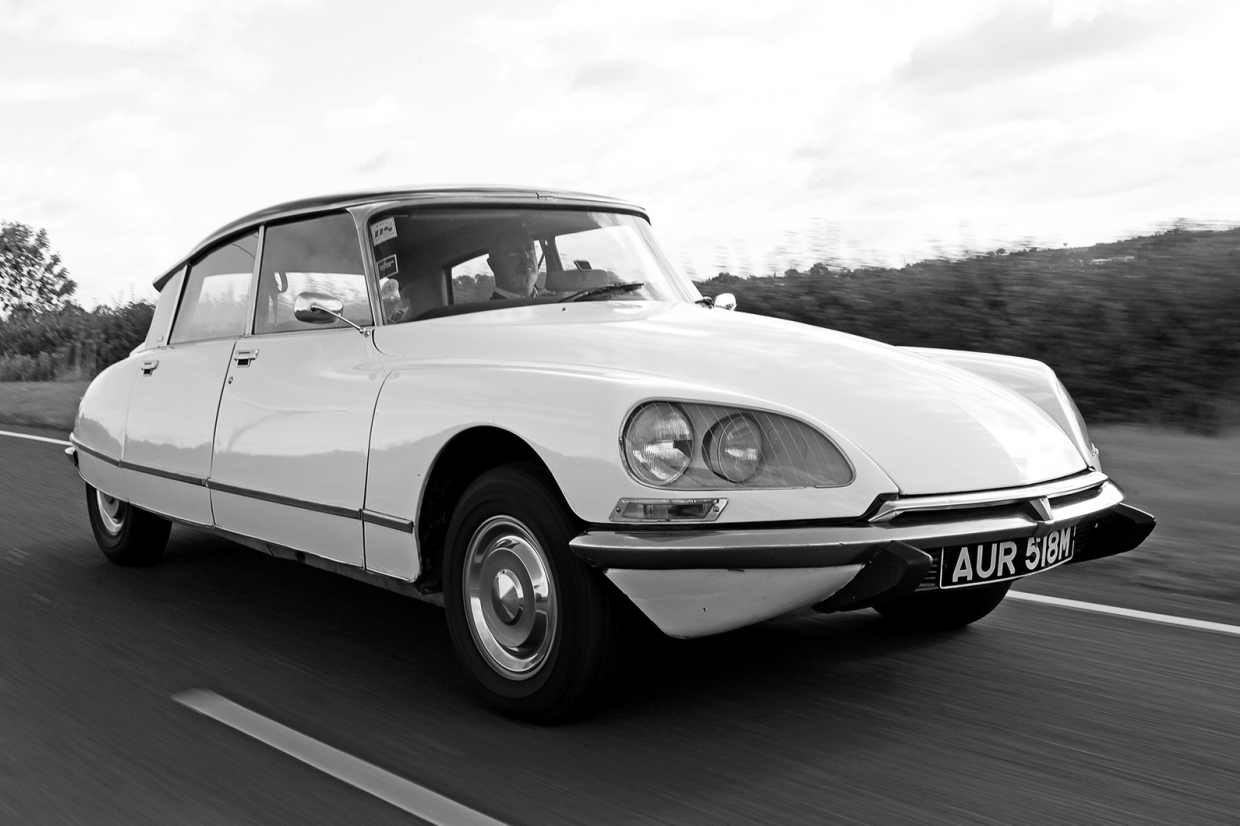 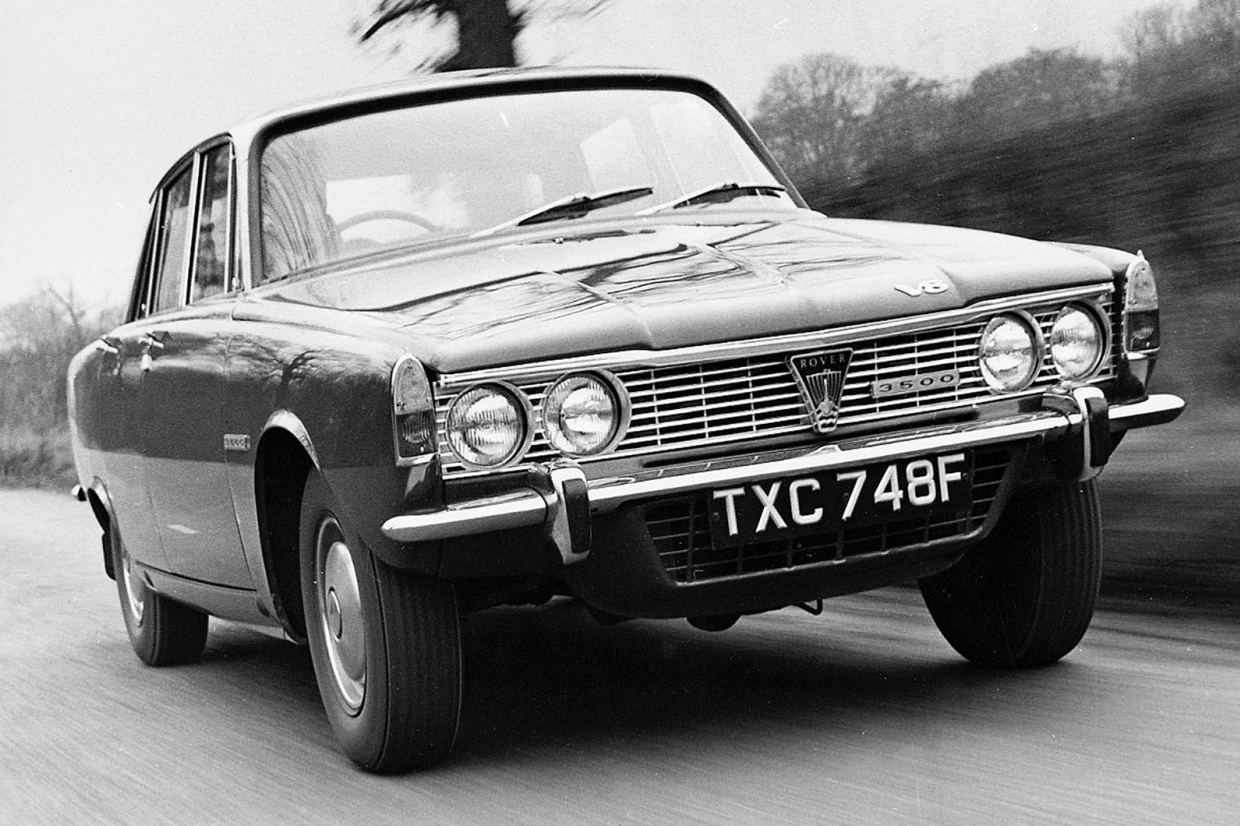 Almost the ultimate development of a car as radical as the Ro80, apart from its dated engine, the DS21 was lively with Bosch D-Jetronic injection but seemed a bit quirky by the 1970s.

The P6 was a typically British mix of tradition and modernity, with innovative structure and suspension, plus similar fuel thirst to the NSU from its dated but effective aluminium-alloy V8. 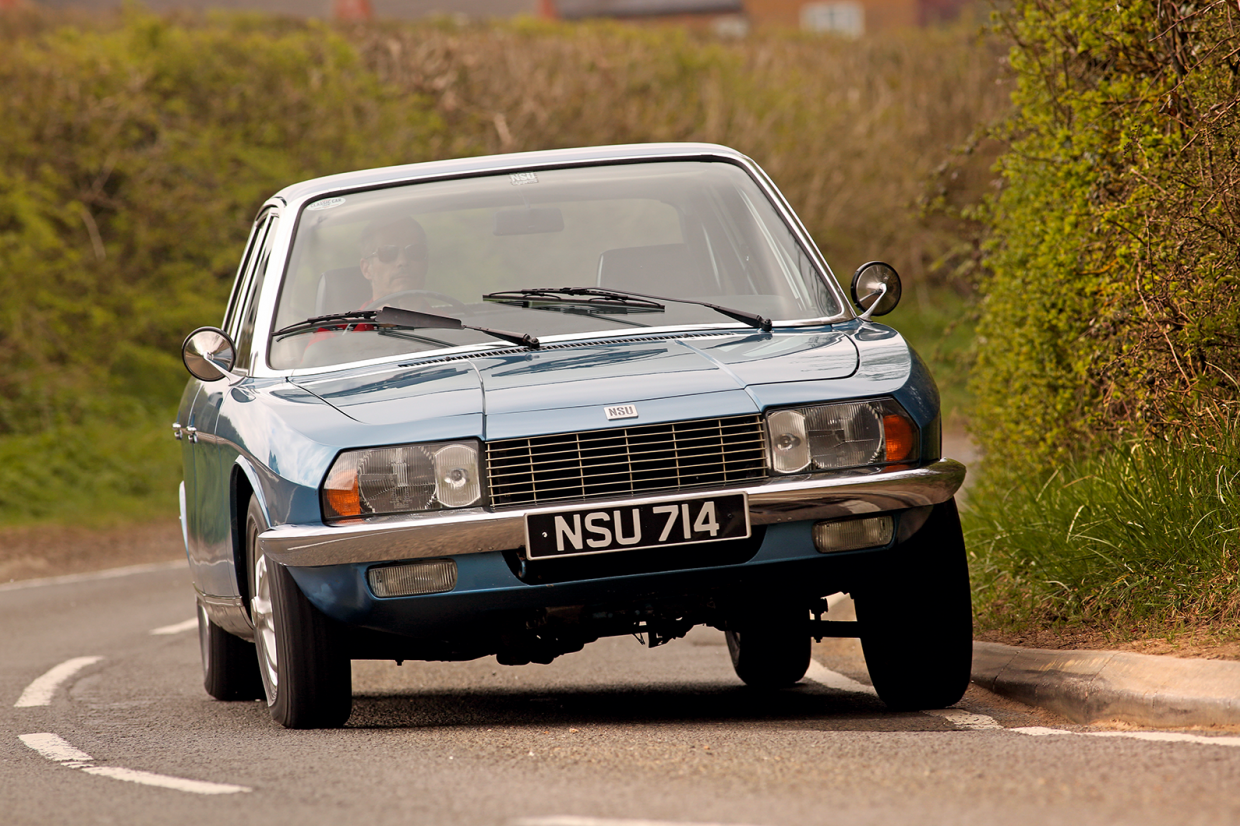 If you like avant garde engineering and styling in a usable package, the Ro80 has to be the ultimate.

Parts and expertise can be found if you know where to look, and prices are reasonable; try German websites if you’re okay with a left-hooker.

Buy a good one, and enjoy that superior feeling when most observers haven’t a clue what you’re driving – or how clever it is. 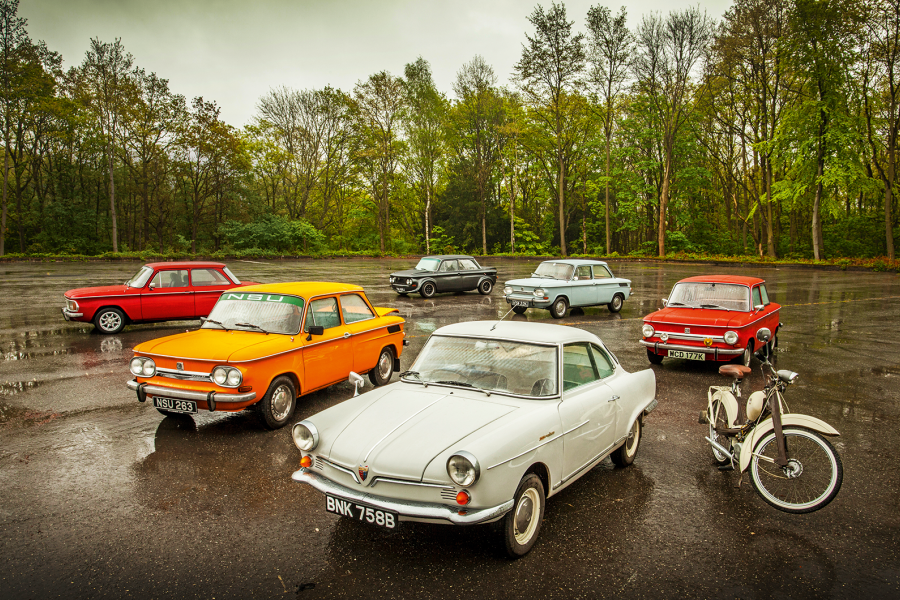 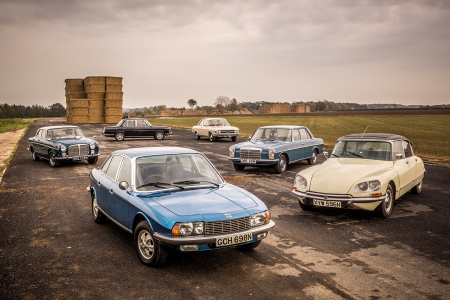 Is the NSU Ro80 the greatest saloon ever made?