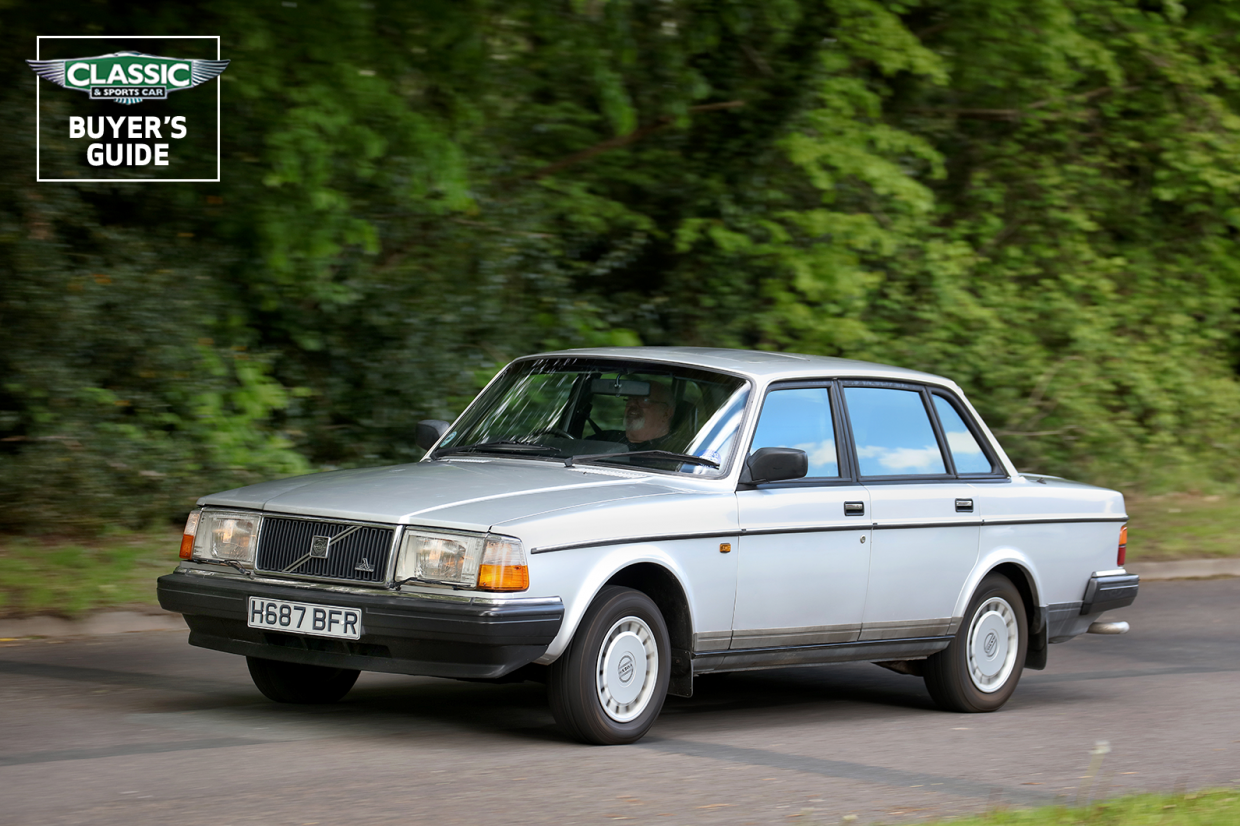 Building on the success of the boxy 140 saloons and 145 estates, the 240 series ran from the mid-’70s to the start of the ’90s, selling on space, strength, safety and reliability.

A belt-driven (non-interference) overhead camshaft and crossflow aluminium head on a new slanted block gave a much-needed performance boost over the old pushrod engines; rack-and-pinion steering and MacPherson struts brought the running gear up to date; and a facelift integrated the 5mph US impact bumpers more comfortably than on most.

Bosch K-Jetronic injection gave the GL saloon and 245E estate a useful 123bhp. The new PRV ‘Douvrin’ V6 was also an option, though it was rarely specified and rather sluggish with auto transmission.

More sporting models were offered later, especially the 244/240 GLT and the 2.8 V6, with improved transmissions.

Estates came with a heated rear ’screen with wash/wipe and the option of another row of (rear-facing) seats to make a seven-seater.It never did get a split/folding rear bench, despite continuing to 1993.

Volvo was one of the first to fit 999,999-mile/km odometers, and to add variable lumbar support in the very comfortable, highly adjustable seats.

From the start, some areas were galvanised and from 1988 this included the doors, bonnet and bootlid. 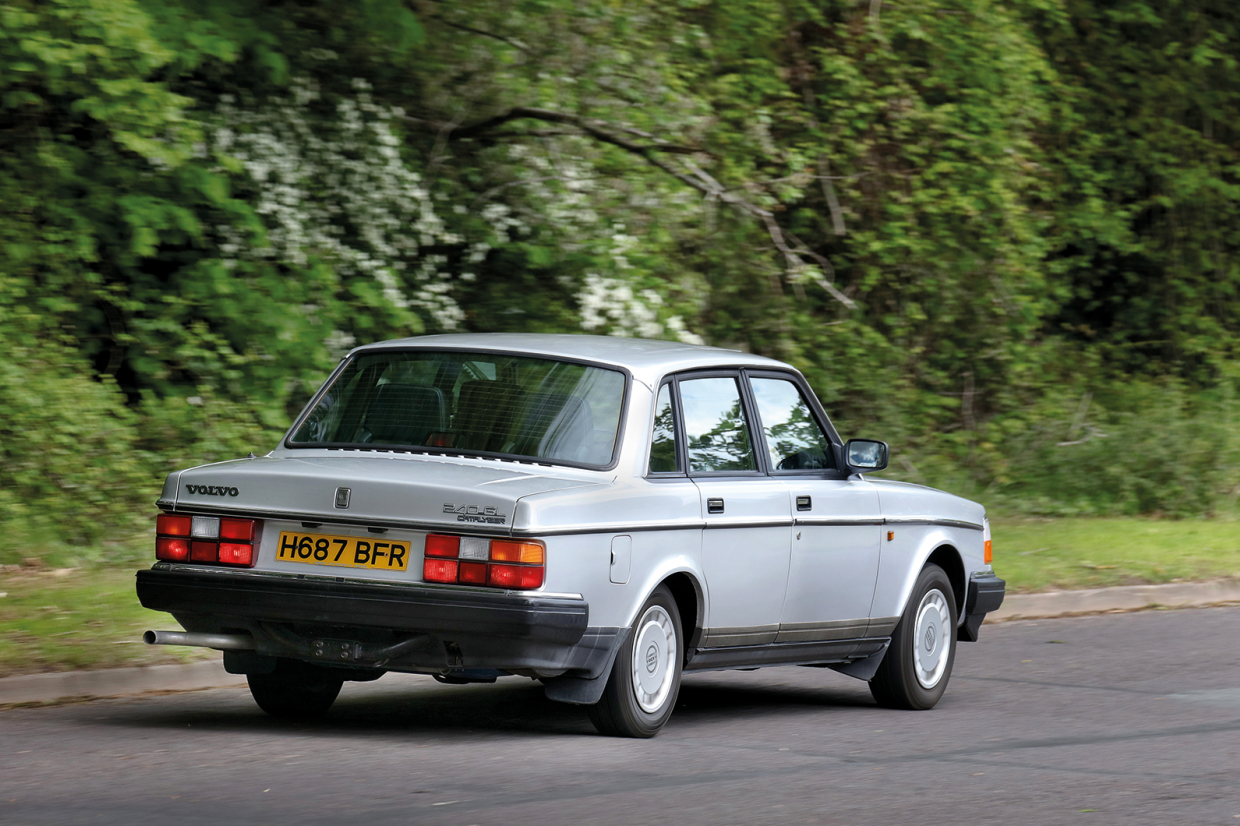 The cars were sold worldwide, with some markets getting models never seen in the UK including the 242 two-door saloon, 242 GT, 244 Turbo and five/six-cylinder diesels.

Quality and equipment levels were always high: a heated driver’s seat was standard even on the UK-market DL by 1980, and road testers often commented on how much more was standard on the Volvo than its rivals.

The oddball two-door Bertone 262 C is the highest-valued of the set, but of the main UK range the GLT – both in saloon and estate forms – is most sought-after.

The V6 saloons and estates are scarce but the GL/E injected ‘fours’ are almost as quick, and more bombproof.

Volvos were far better protected against corrosion than most rivals, but they also tended to lead a harder life so rust is still the biggest consideration.

Early models are now rare because they had less rot protection, which was progressively improved.

A long production life means parts often get swapped around in old age, so check what you’re buying is what it claims.

Volvo 240 series: what to look for 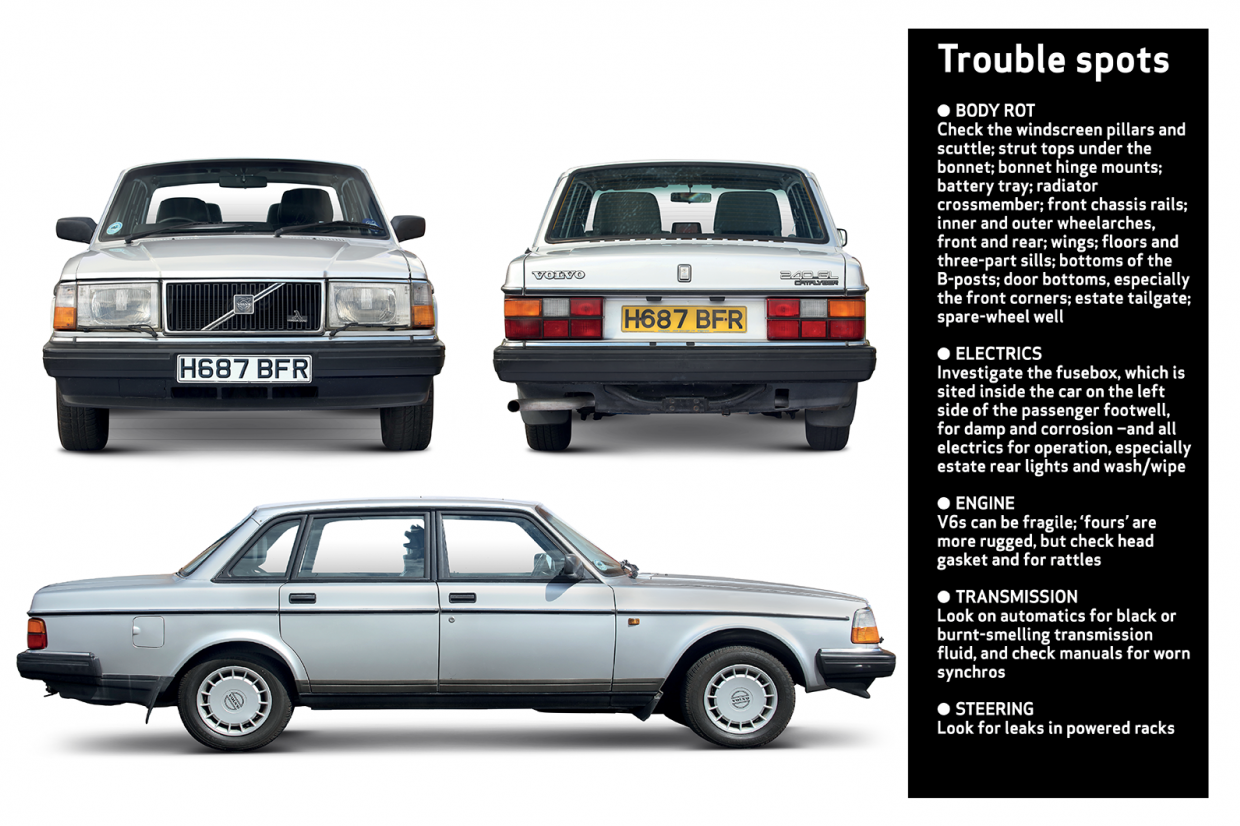 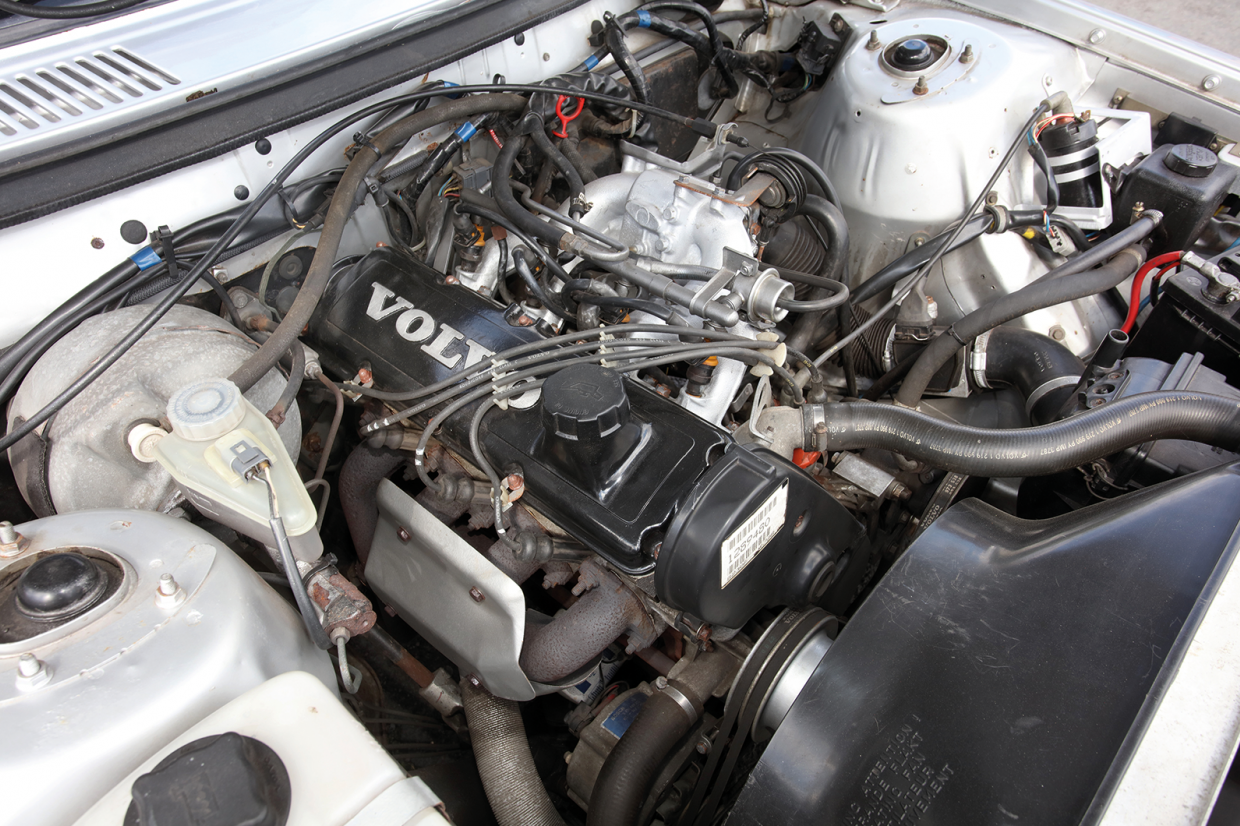 Volvo’s slant-four is a rugged engine capable of 200,000-plus miles between rebuilds, given basic maintenance: rattles and head-gasket failure are the only issues you may find beyond basic wear.

The PRV V6 can be good, but is more fragile with blocked oilway issues on early ones and multiple problems later. 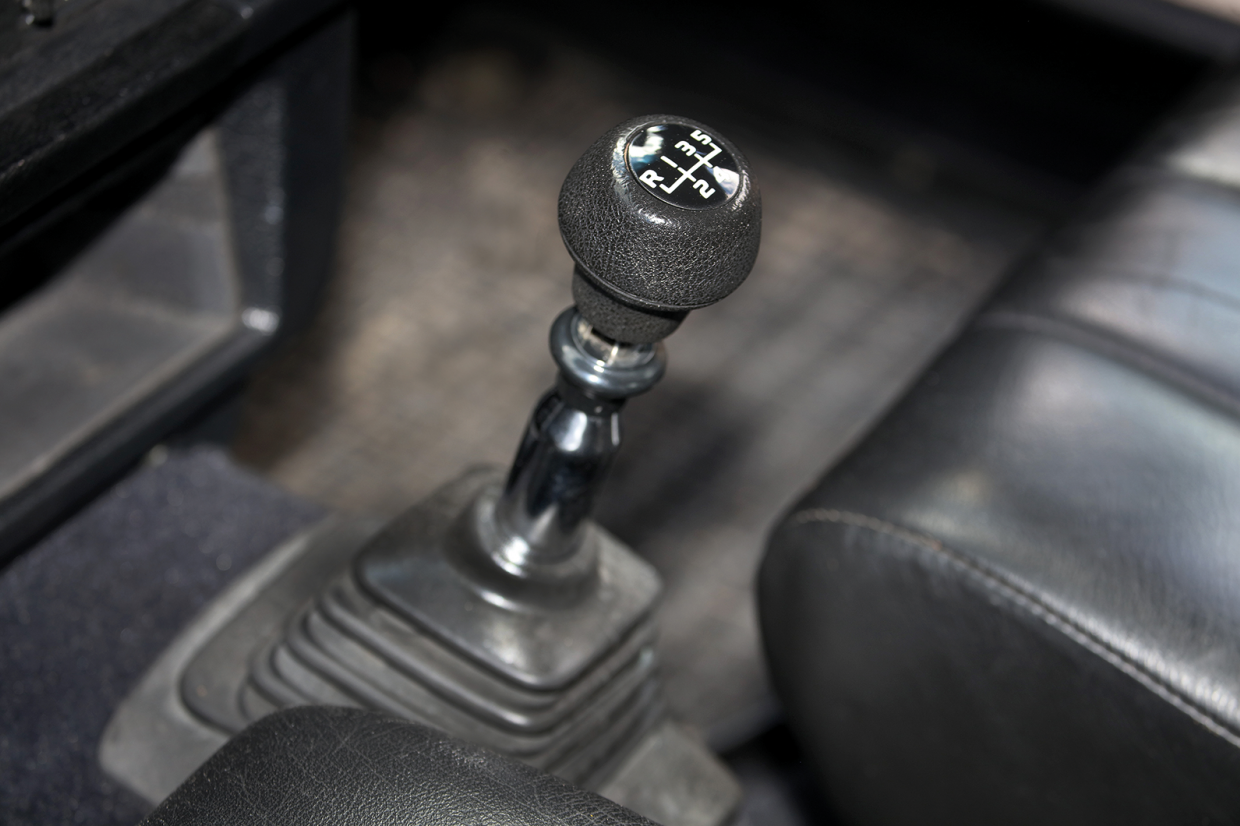 Gearboxes are strong; check for worn synchros and a noisy layshaft (dip the clutch in neutral).

A five-speed came in ’84; previously many had overdrive. 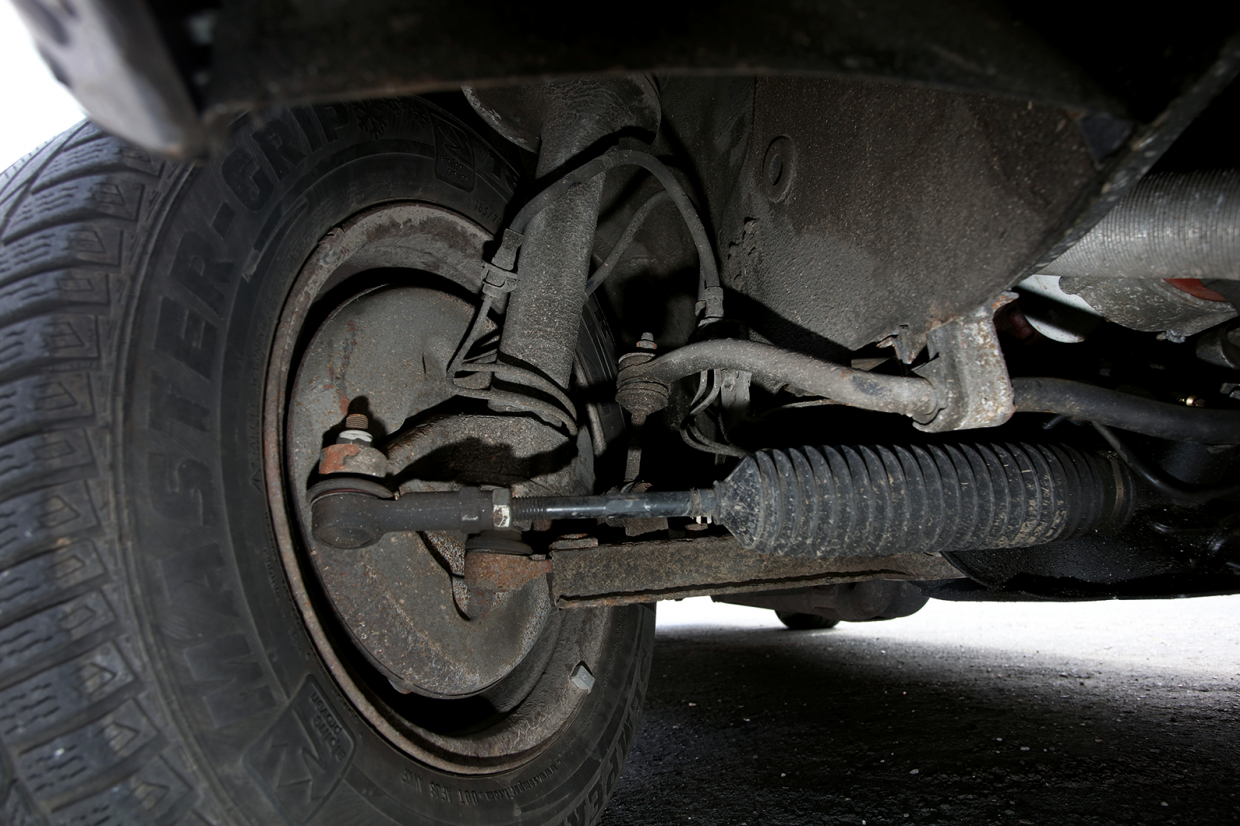 Check the steering rack for play and, on powered systems, for leaks that can be costly to sort.

Suspension and brakes are tough but lead a hard life. 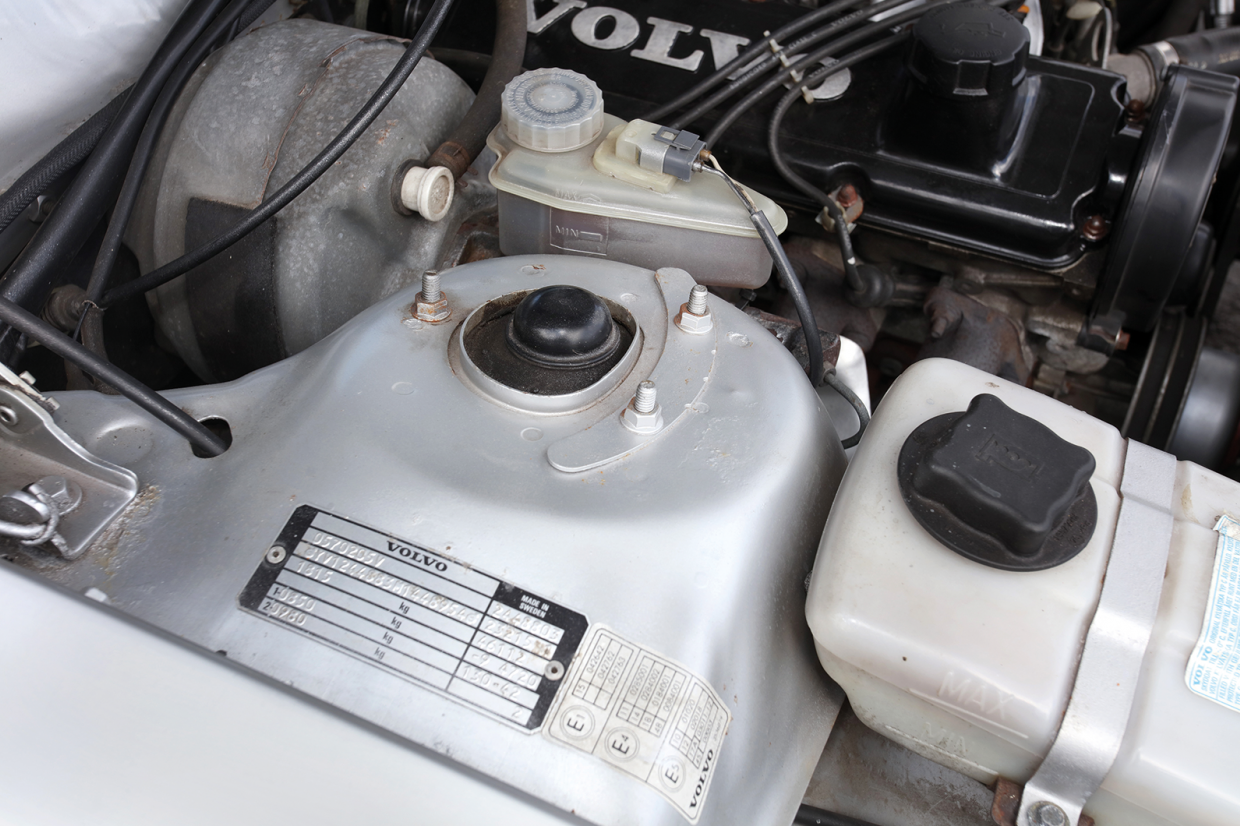 Strut tops are among the many places that rust, especially towards the hinge mounts for the heavy bonnet; the chassis plate confirms spec. 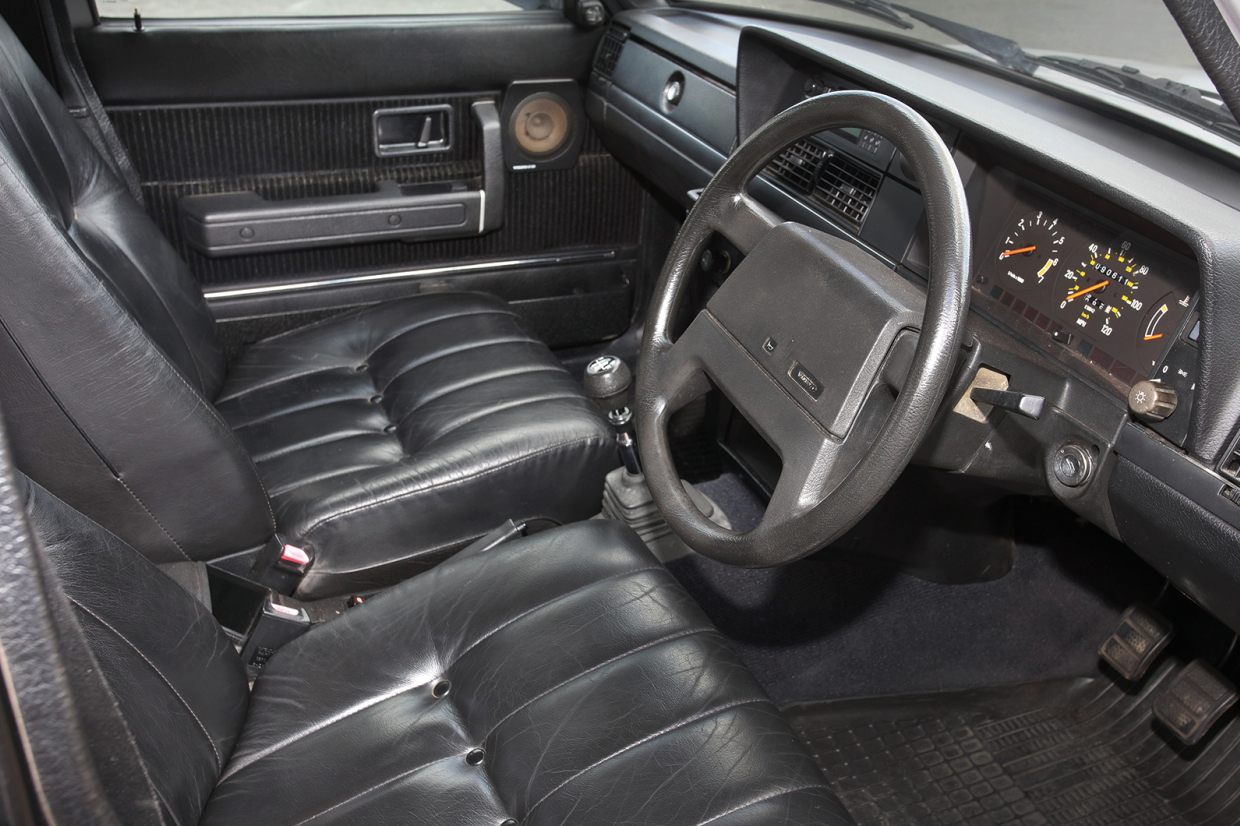 Look out for wear and damage to the seats, damp carpets and broken or missing plastic trim; buttons on leather upholstery are often lost. 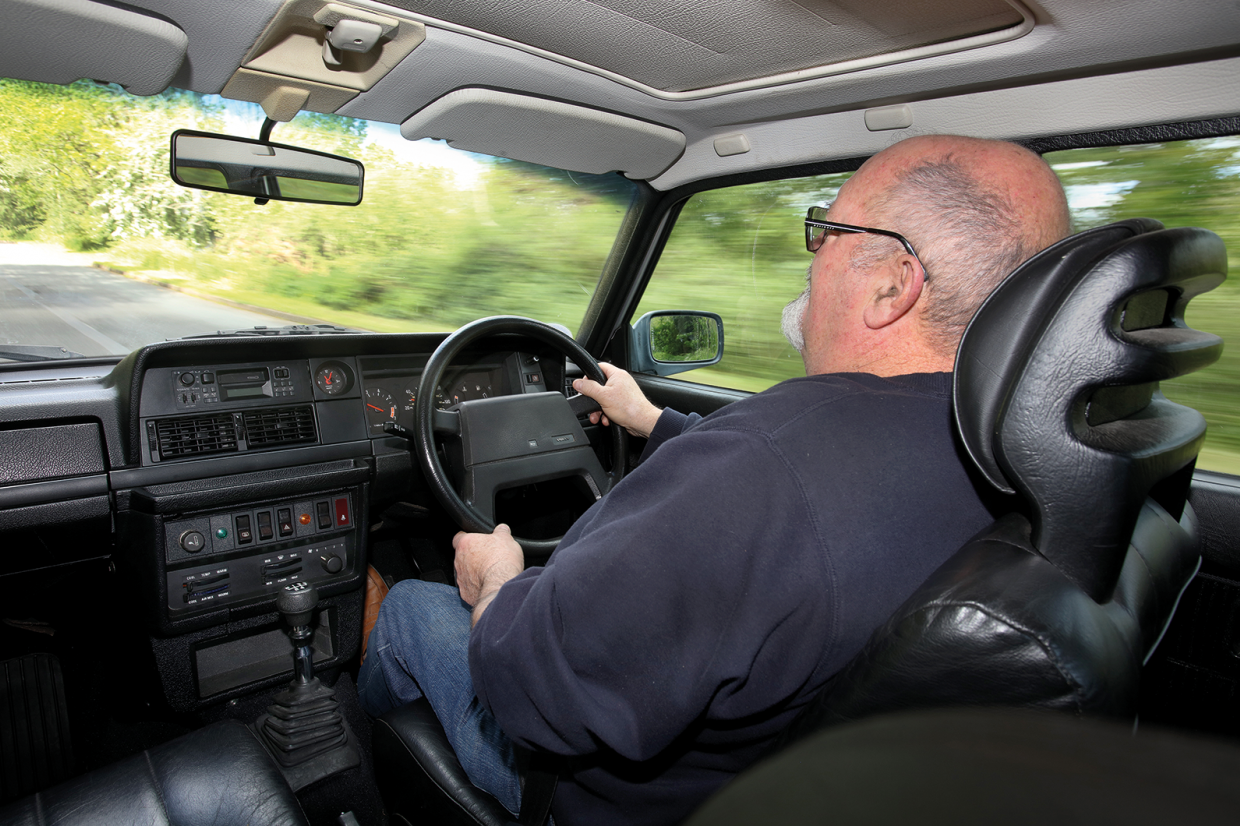 Later cars perform better and have improved rustproofing, but that doesn’t mean the earlier models were poor in either respect.

The overhead-cam engine was a solid performer, though the three-speed automatic gearbox took the edge off it.

The V6 should have been a bahnstormer but was disappointing: the 240 GLT had its legs and soon replaced it.

Check overhead-cam engines for emulsion under the oil filler cap or in the radiator, indicating possible head-gasket failure (it’s not common, but can happen), and for excessive rattles on start-up or when running; the cambelt lasts well and doesn’t damage valves if it fails.

With V6s, look for a comprehensive service history and check for smooth running and no overheating; poor examples drink oil.

Gearboxes are strong but check for oil leaks. Volvo was a keen exponent of the electric overdrive – delightful to use – resisting five-speed gearboxes until the mid-’80s. On the autos, check for burnt-smelling, blackened transmission fluid, indicating a rebuild is needed.

All 240s had very strong brakes – all part of the safety image – so anything less than perfect on the test drive means attention is needed.

Most have power steering, so check for rack leaks and wear in the steering and suspension joints and bushes. Shock absorbers tend to get a hard life, so budget to replace them if the ride is bouncy.

Check all electrics, including the heater and air-con if fitted. These cars were comprehensively equipped; damp in the fusebox can wreak havoc. 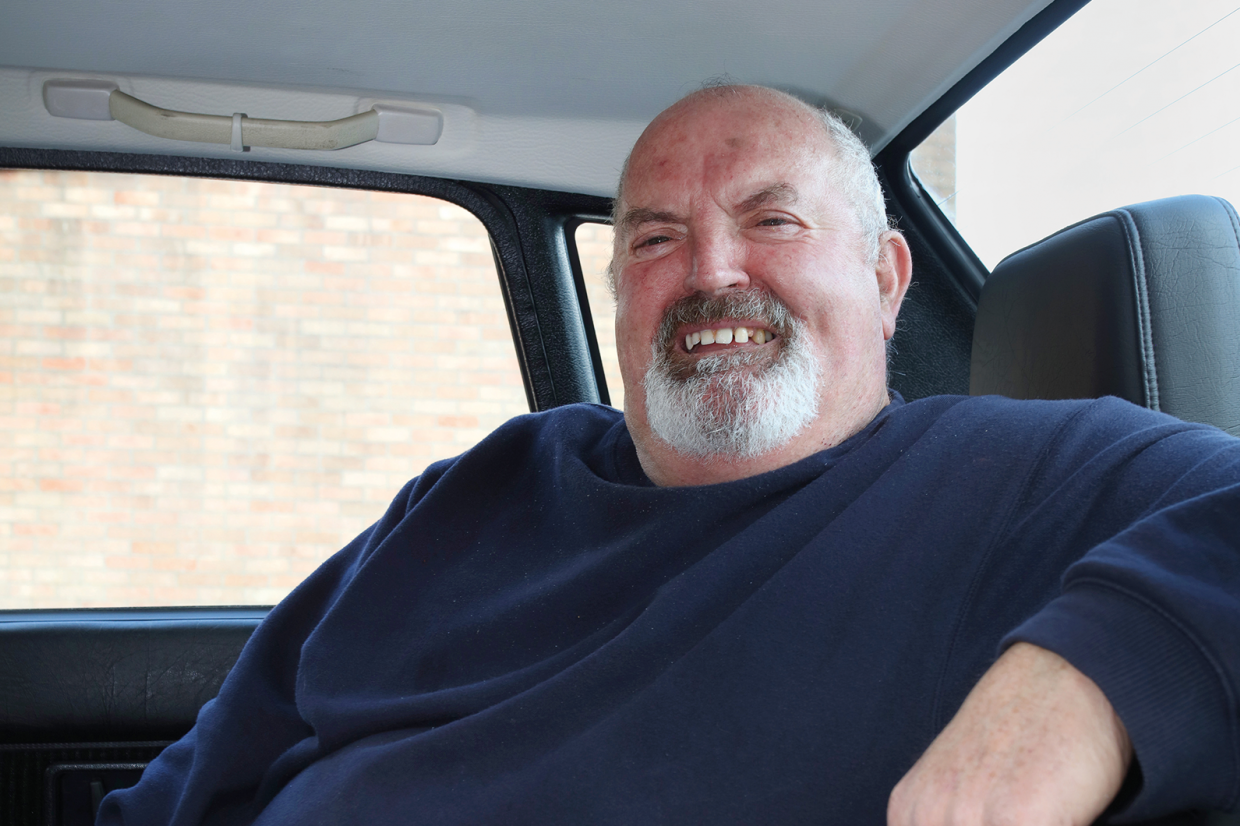 “My first Volvo was a 144 bought for £100 –it was so reliable I’ve never wanted anything else,” says John Mounce. “I used to use 240 estates for my work as a plasterer because you could pick them up for next to nothing and they are really good workhorses.

“I’ve been in the Volvo Owners’ Club for more than 30 years: I’ve had PVs, including a rare sports model, and Amazons, too. I’m fitting an overdrive ’box to my two-door South African Amazon.

“When this 1991 240 GL came up a few years ago I had to have it because it’s rust-free and it’s one of the last. I love the leather and the sunroof was a bonus. It’s totally original and is lovely to drive, especially with the five-speed gearbox.

“Everywhere I go, people look at it – I enjoy taking it to shows. Parts are easy to get and aren’t expensive – I service it every year.” 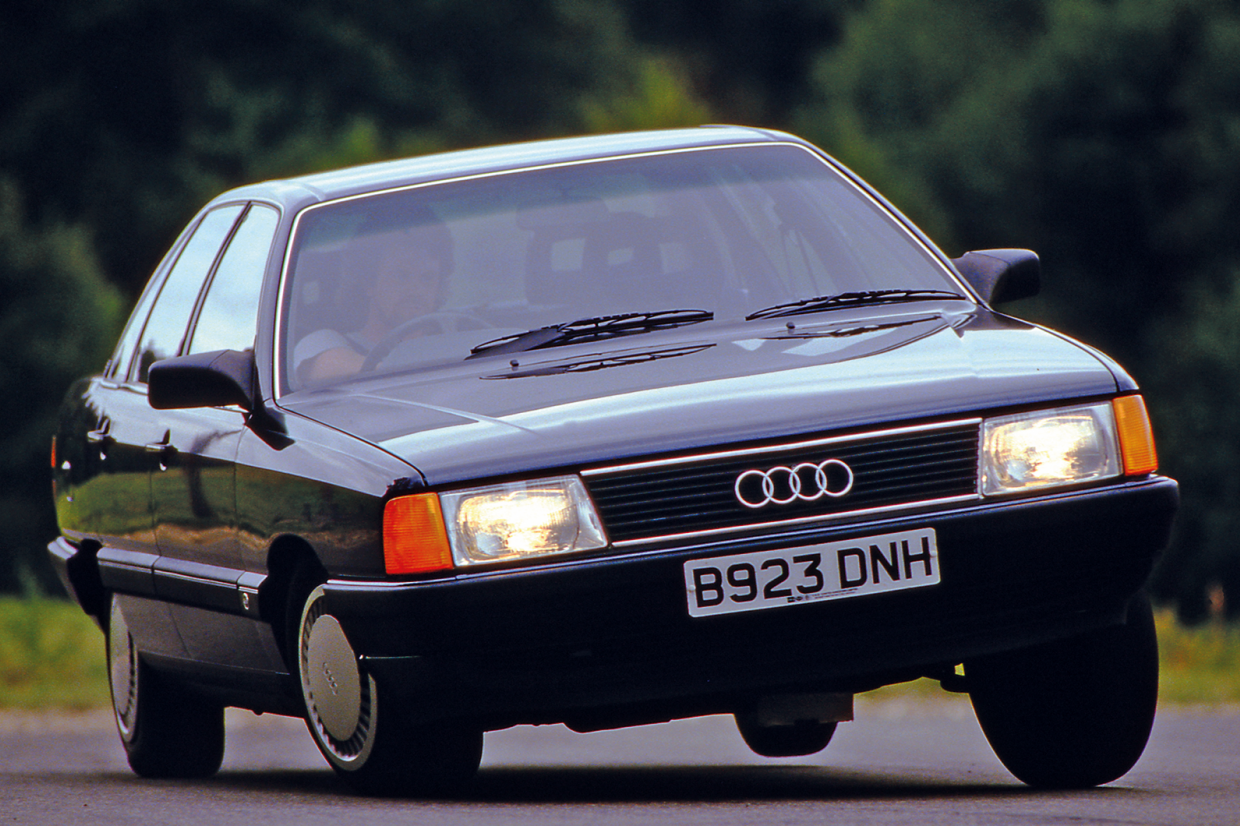 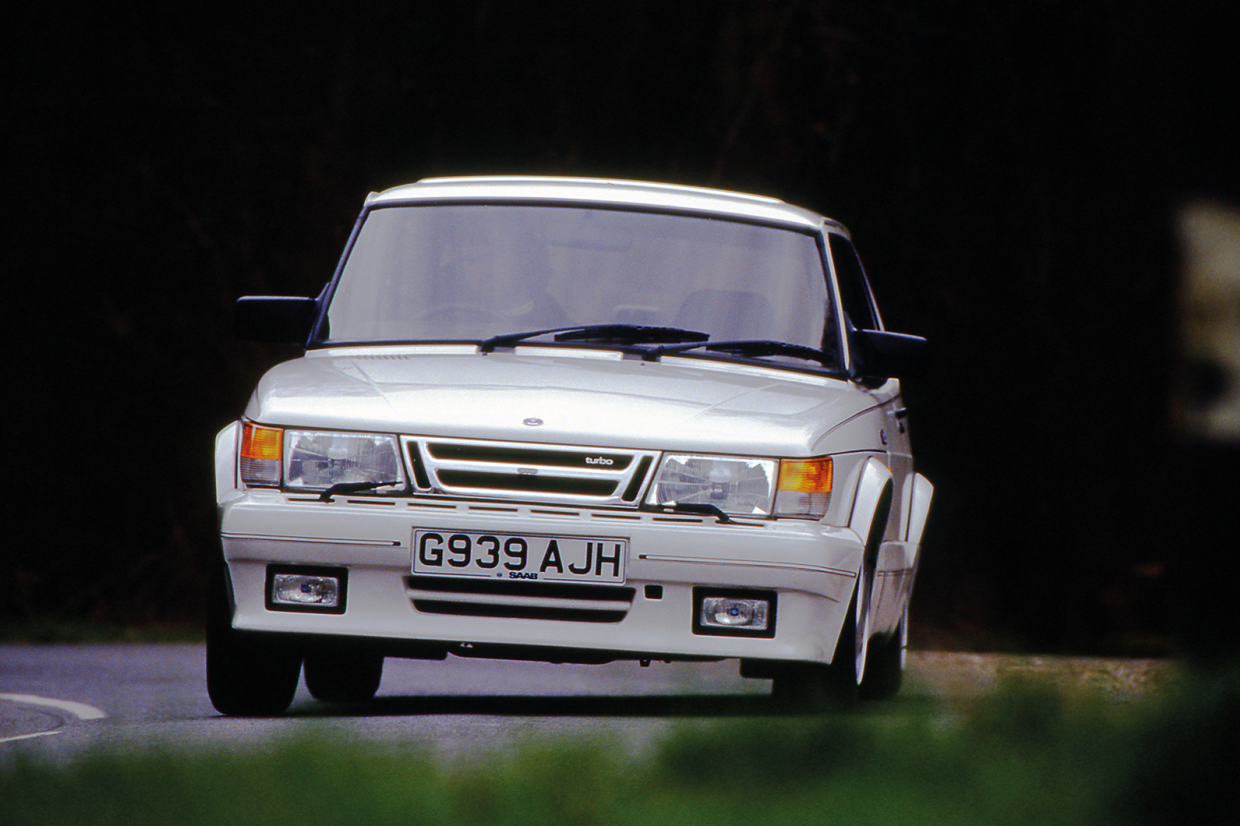 ‘The most intelligent car ever built’ with front-drive, a Triumph-derived slant-four, super-quick Turbos and elegant Cabriolets; hatch or saloon, but no load-lugger. Great value, but they rot. 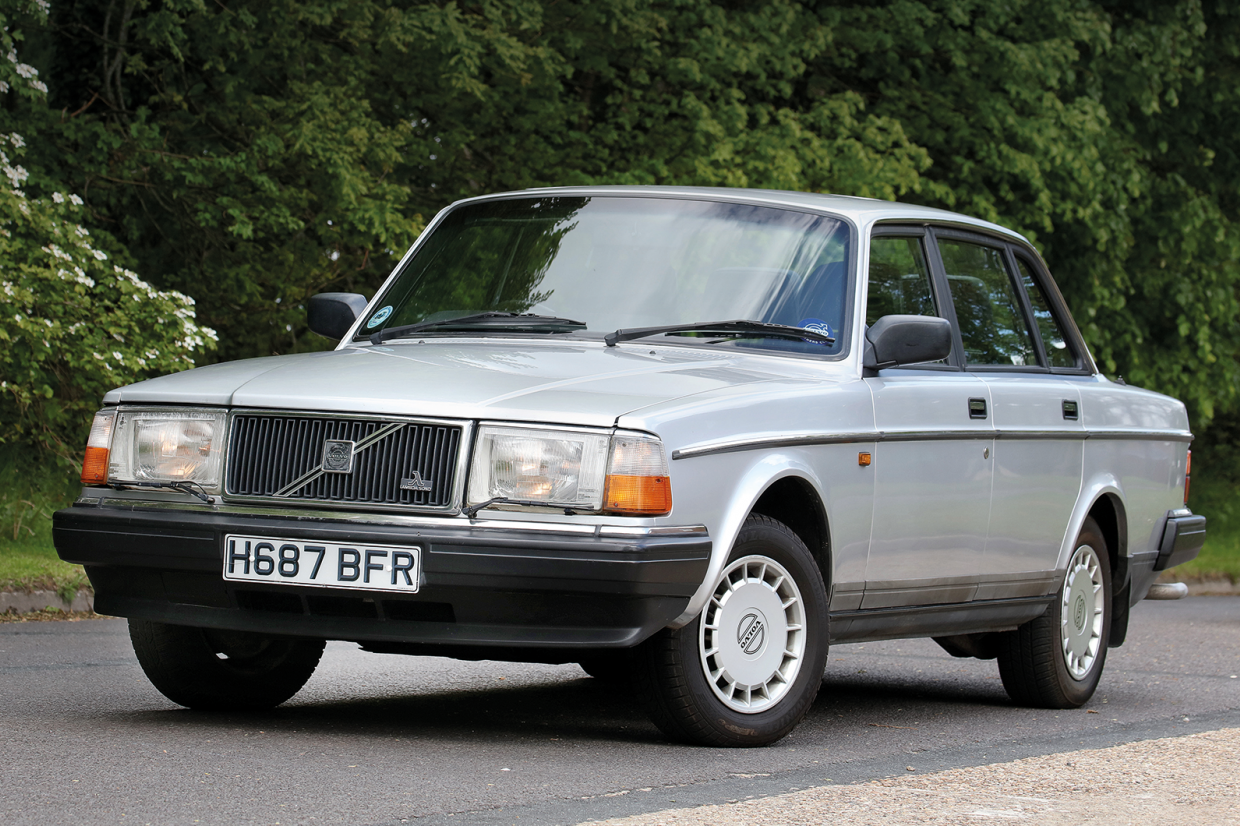 The ultimate ‘sensible classic’, with the exception of the frivolous Bertone-styled 262 C, the 240 series has a lot to offer as an appreciating buy that should give long and faithful service if you just look after it – provided you buy a good one in the first place.

Despite rising popularity, values are not yet high enough to repay a restoration unless you keep the car for a very long time, and longevity is something of the 240’s speciality. 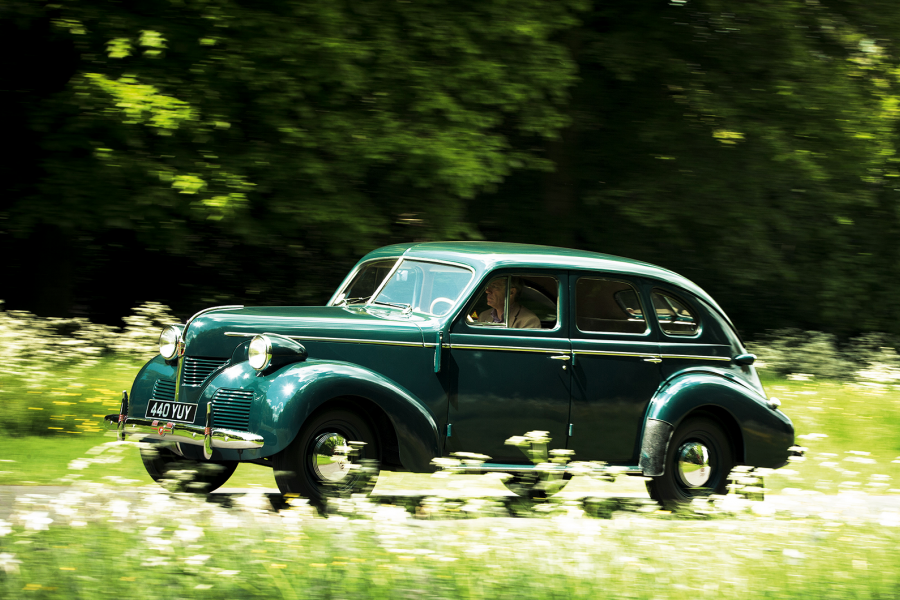 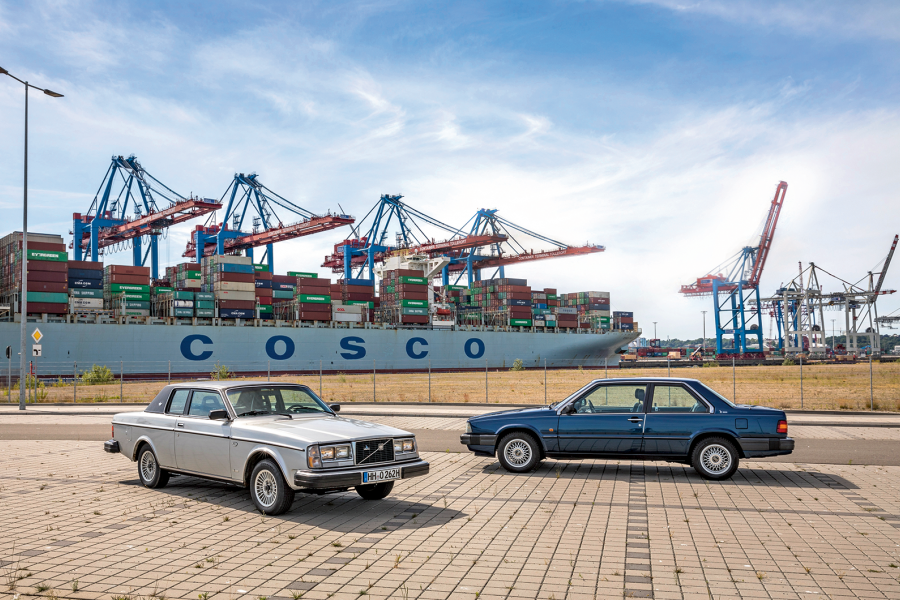 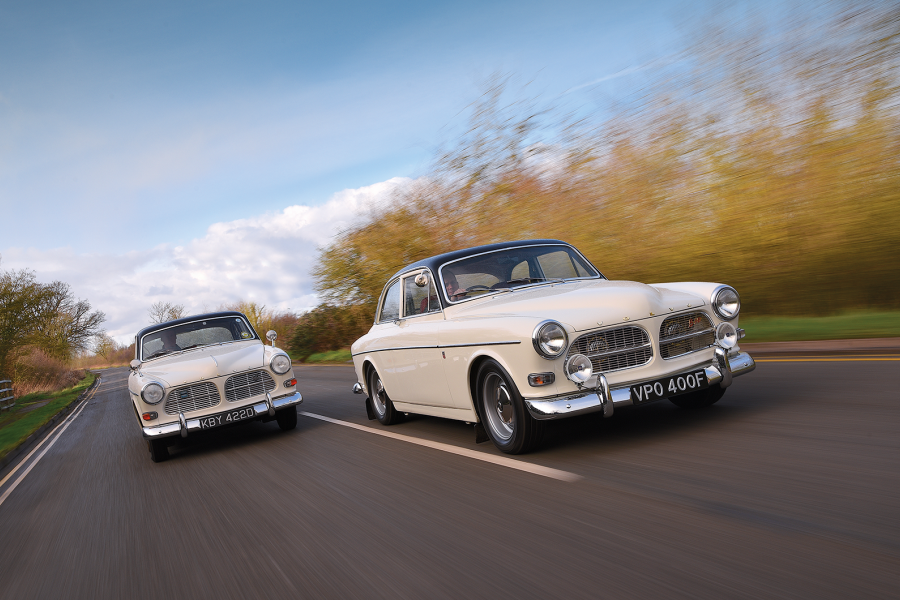 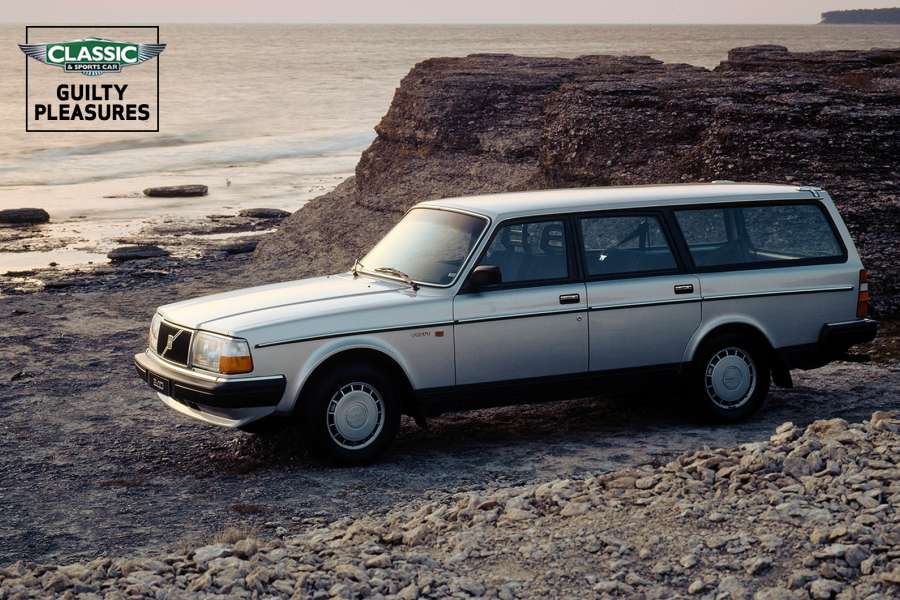