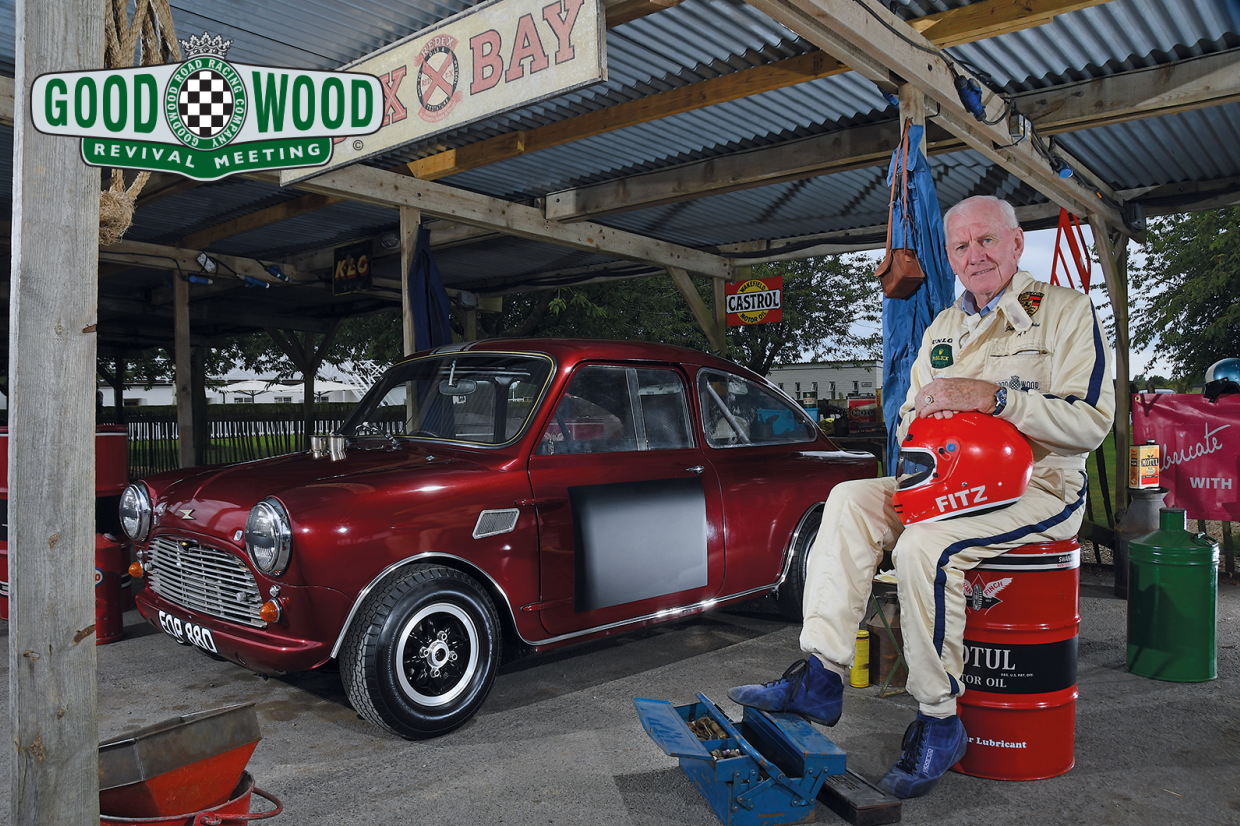 The intention was to pursue a new avenue for one of the best up-and-coming tuners of the 1960s, but instead the Broadspeed GT 2+2 turned into an abrupt cul-de-sac.

No matter. Today at Goodwood, in the 60th-anniversary year of the Mini upon which it is based, John Fitzpatrick considers the GT ‘S’ race version with a smile.

“I remember Ralph [Broad] telling me he was going to do it and then seeing it in the workshop,” he says. “And it turned out to be a pretty little car.”

But not the spark Broad intended. 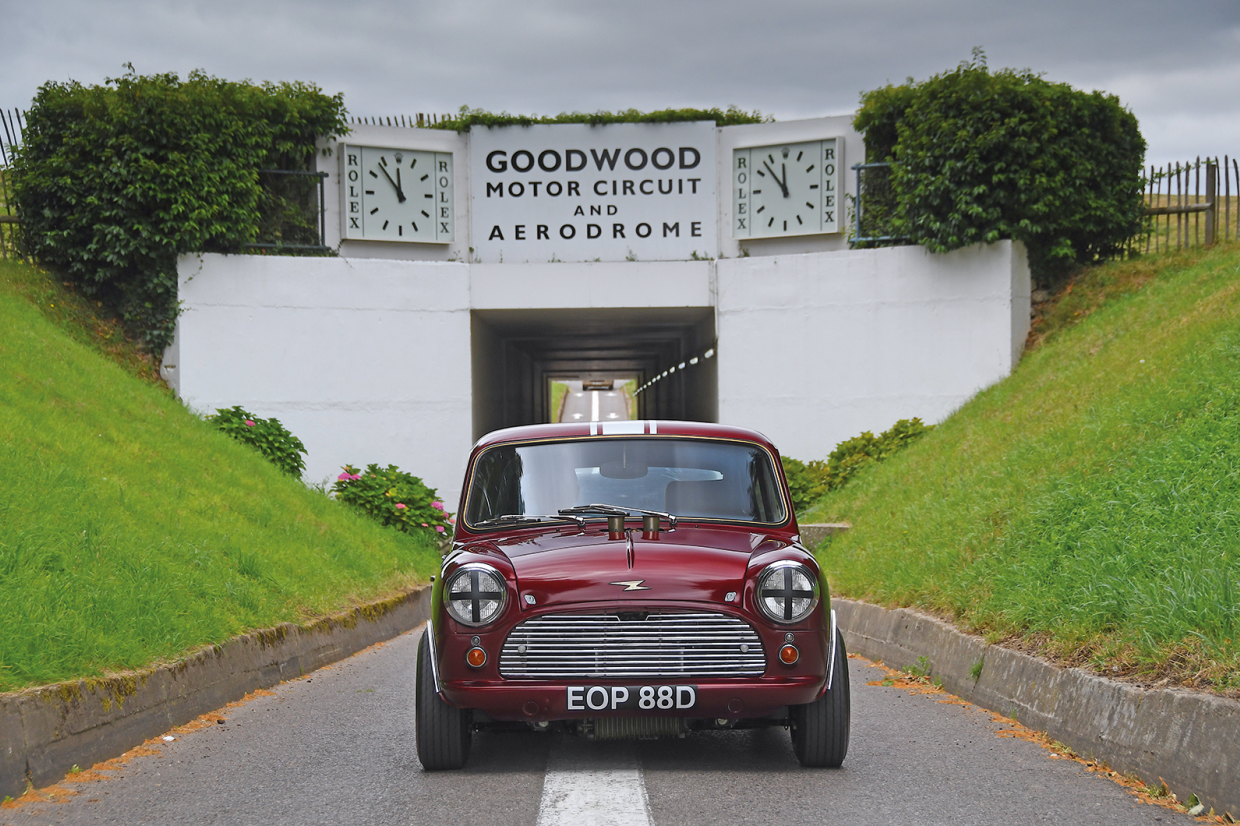 In 1966, the Birmingham garage owner and saloon-car racing entrant expected his Cooper ‘S’-based GT to begin a new chapter for his growing concern, from Johnny-come-lately ace fettler to true car constructor.

“He decided to enter it in some races to get some publicity and I drove it,” says ‘Fitz’, as he is universally known. “But it never really took off. BMC were dead against it, they didn’t want to know because it wasn’t their idea. I only raced it at a few places: Brands [Hatch], Mallory Park, Oulton [Park] – club races.

“But it was better than Ralph driving it because he was a complete lunatic. He’d have been off the road. He was quick, but he wasn’t in full control all the time…”

The pair had met in fateful circumstances when fellow Brummie Fitz had spotted a shopfront garage with a petrol pump on his way into the city. He was driving the Mini his father had promised him for his 17th birthday – if he kept away from smoking fags and riding motorbikes. 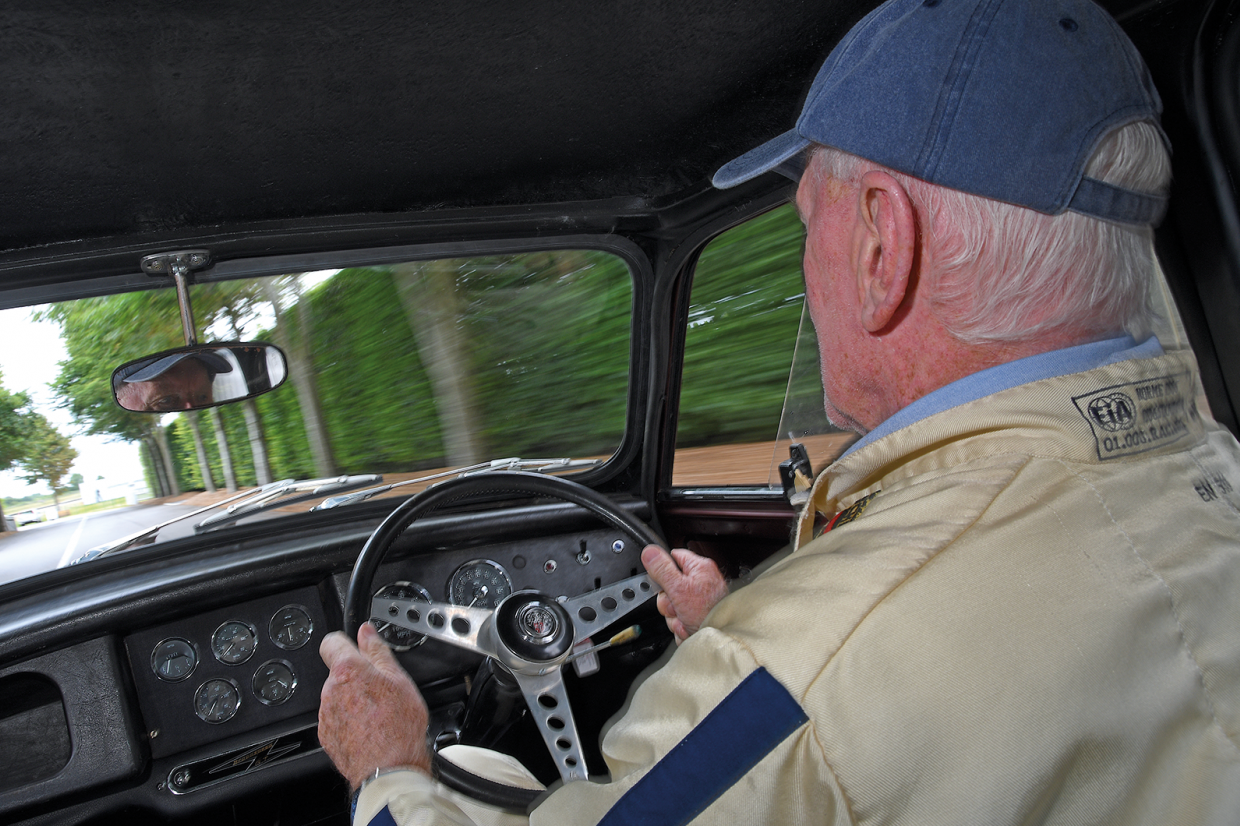 “This scruffy looking guy in an overall came out and started filling it up,” recalls Fitz.

“Then he looked at the exhaust pipe. One or two of my pals had strange little cars they were always fiddling with, and we’d fiddled with the Mini. He went around the front and I opened the bonnet. ‘That’s a load of crap, what’s all that about? I can do much better,’ he said. I asked how much that was going to cost and he said, ‘We’ll talk about that later. Leave it with me for a couple of days.’ So I took the bus home.

“When I went back it had a different inlet manifold, and all sorts of mods. I asked how much and he said, ‘Go and try it, give it a bit of a run.’ He never did charge me for it. And immediately it was quick in all the sprints I was doing.”

Through Fitz’s growing enthusiasm for motorsport, Broad was introduced to circuit racing and the pair forged their early reputations together in 1963 thanks to Broad’s (entirely legal) knack for modding Minis.

It was even Fitz who suggested the Broadspeed name. 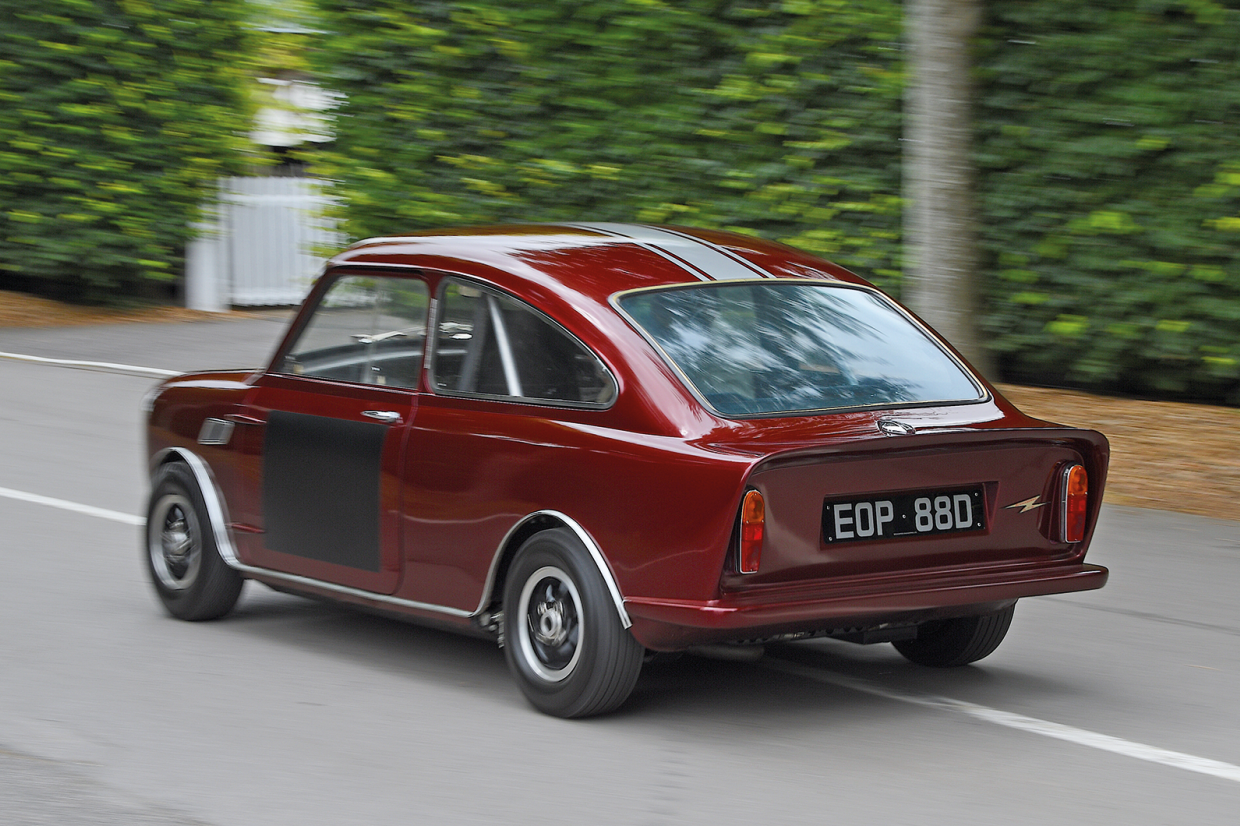 At the recommendation of Ford-bound John Whitmore, Fitz joined Cooper for British Saloon Car duties in ’64 – and finished second in the points to Jim Clark’s Lotus Cortina. But he was soon reunited with his mate.

“Stuart Turner was at BMC and he decided to back Broadspeed for the European championship and Coopers in the British series for ’65,” says Fitz.

“He asked me if I’d like to go back to Broadspeed to drive in Europe, which is what I did.”

The pair would shock BMC by switching to Ford Anglias for ’66, in which Fitz would claim the overall BSCC title – but Broad hadn’t given up on his parallel Mini-based avenue. 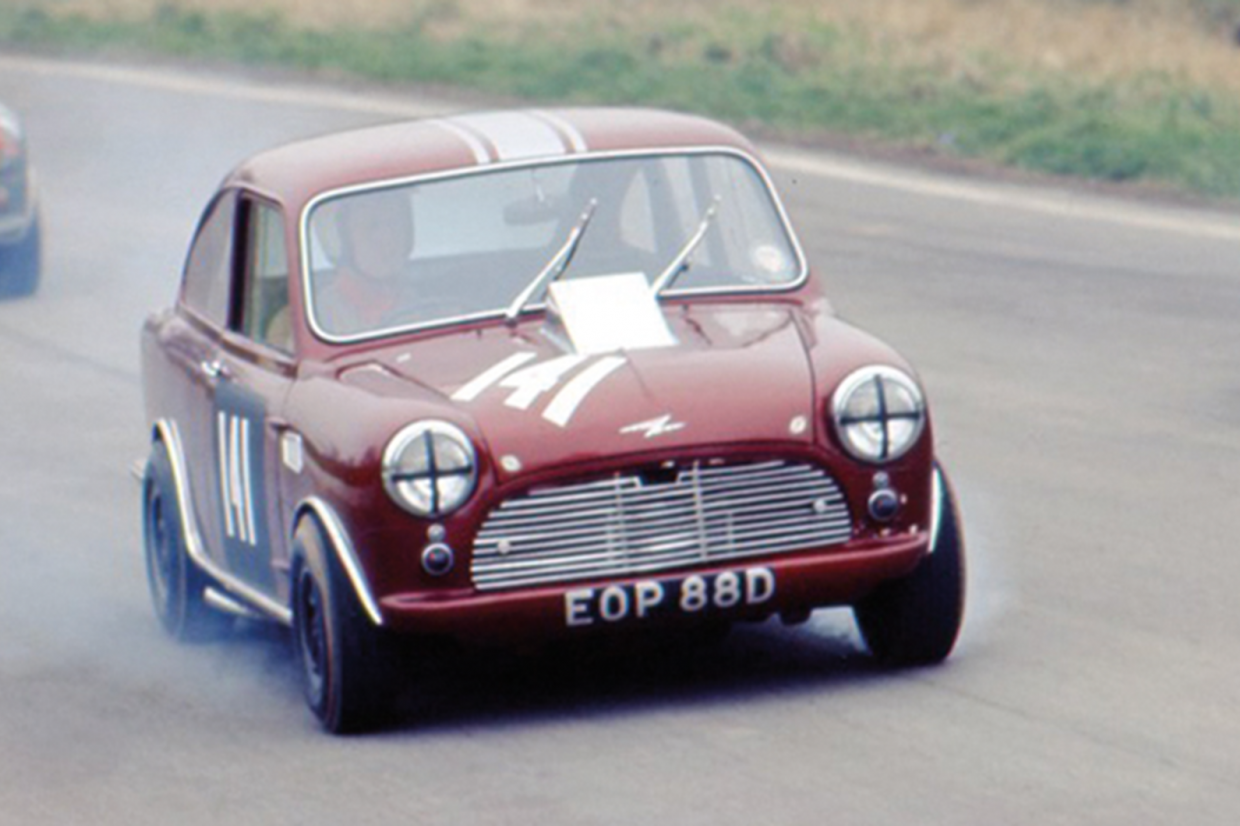 In the Goodwood sun, EOP 88D looks entirely conventional from the front – apart from the Weber carb trumpets poking rudely through the bonnet. But walk around to study it in profile and all thoughts of Mini convention are scrapped.

The fastback tail makes this a car of two halves. Pretty? Period comparisons to an Aston Martin DB6 in miniature were perhaps a little kind. No wonder BMC was a tad miffed.

“Ralph spent too much time and money on the racing.” The road car was also ‘premium priced’, at nearly £1500 in top spec. Expensive for a Mini. 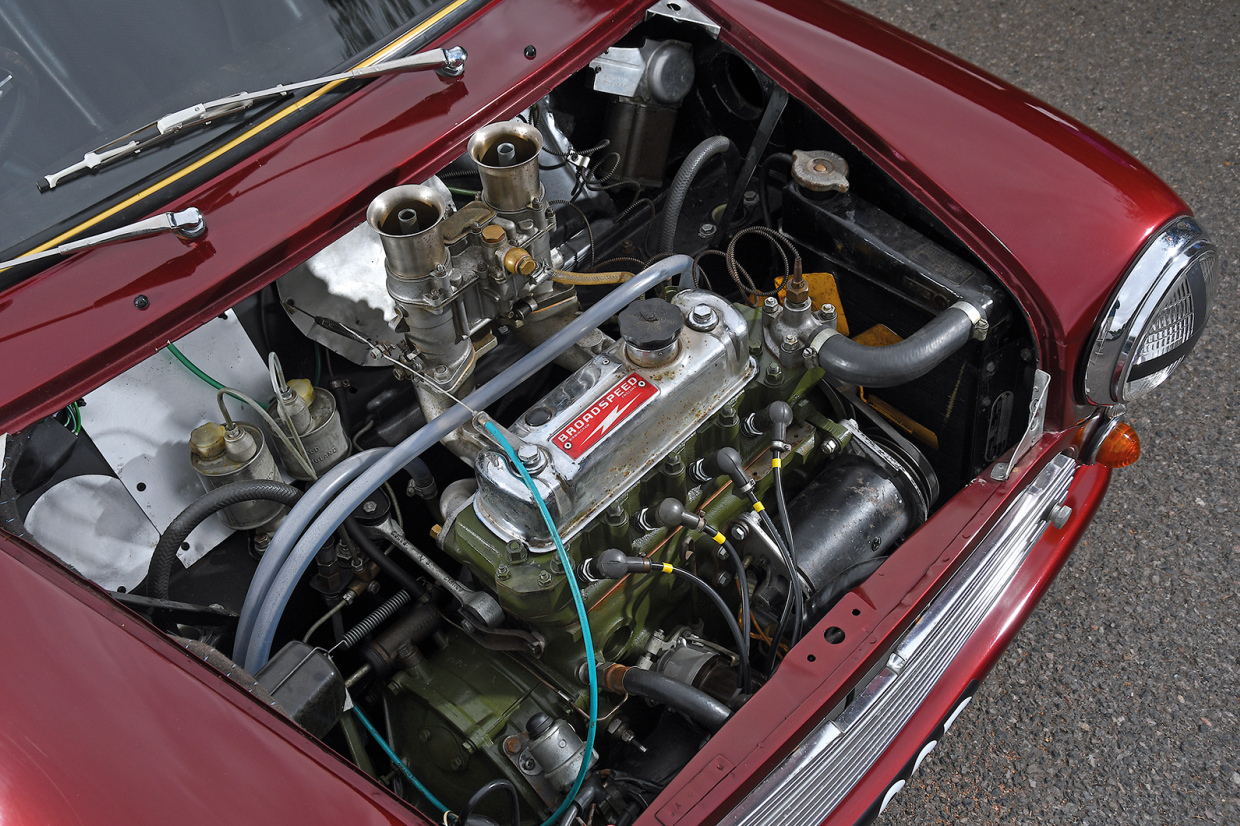 EOP 88D’s owner, Kent Thirley, picks up the story: “In 1967 it went out to Holland to a guy called Tonio Hildebrand, a privateer racer and local legend. Tonio was a playboy; he always had a big cigar and a new girl on his arm at every race meeting. He was good friends with John, who had suggested he try the Broadspeed.” Hildebrand raced it until 1971, mostly at Zandvoort, with regular class-winning success.

“At the end of its racing life it was parked up at the back of a garage in Amsterdam,” says Thirley. “Lots of people knew about its existence, but the story goes the Dutch weren’t happy about letting it back out of the country.”

Eventually Mini expert and Broadspeed superfan Chris Wooden prised the car back to the UK, paired with the sister road car EOP 89D, which had been the launch model in January ’66.

“Chris did a brilliant thing: he took it to lots of Mini events in its unrestored state,” says Thirley. “It came back to the UK mostly in primer, and had clearly had an accident because one of the front wings had been replaced. It had flared arches, the engine had long since gone and it was in a pretty sad state.

“Then Chris started the restoration and documented it all on social media, just so everyone knew where it was. His attention to detail was phenomenal.

“For example, the paint is Rolls-Royce Regal Red. It’s a colour that doesn’t exist anywhere – but he found some. The seats he did acquire and the magnesium wheels are new-old stock, but I’m pretty sure the dashboard is original.

“Underneath, the car is a masterpiece. Everything is lightened, all the subframes are drilled and it’s got hydro-adjustable suspension. In terms of condition, it looks very original. He could have made it all shiny, but instead he kept it period.” 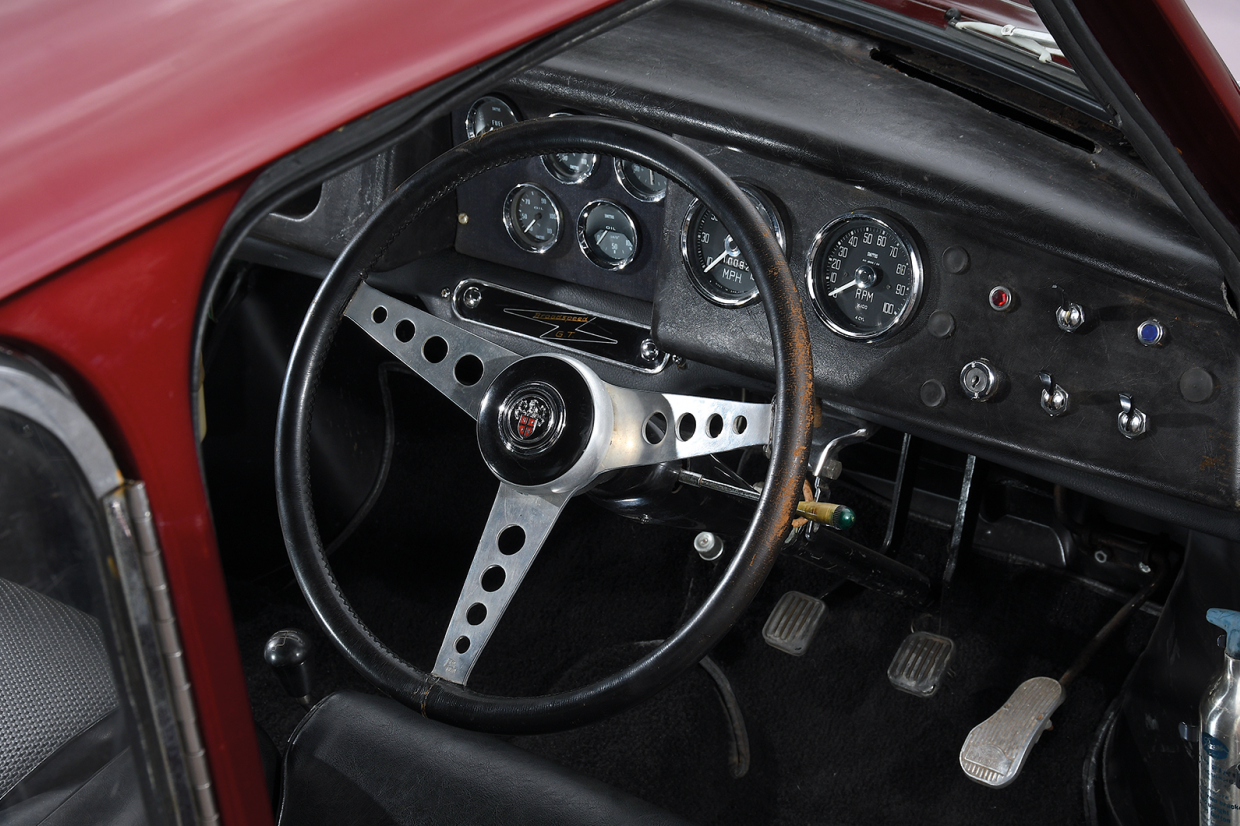 The racing Broadspeed GT 2+2 started life as a 1275cc Mk1 Cooper ‘S’. “This engine was bored and stroked, with a modified crank,” says Thirley. “It’s also got a true Broadspeed camshaft, which Chris was able to acquire from someone in Birmingham who worked at the company. It’s now 1366cc.

“Some way through 1966 Broadspeed modified the car from SUs to a Weber IDA coming out the bonnet. All part of Ralph’s constant modifications. So when Chris restored it he did so to this later, end-of-season 1966 spec. Early pictures show the bonnet was covered.

“The roof and rear are glassfibre bonded on to the steel body, the doors on this car only are aluminium and so is the bonnet. It’s a racing car, so it was all about weight saving.” 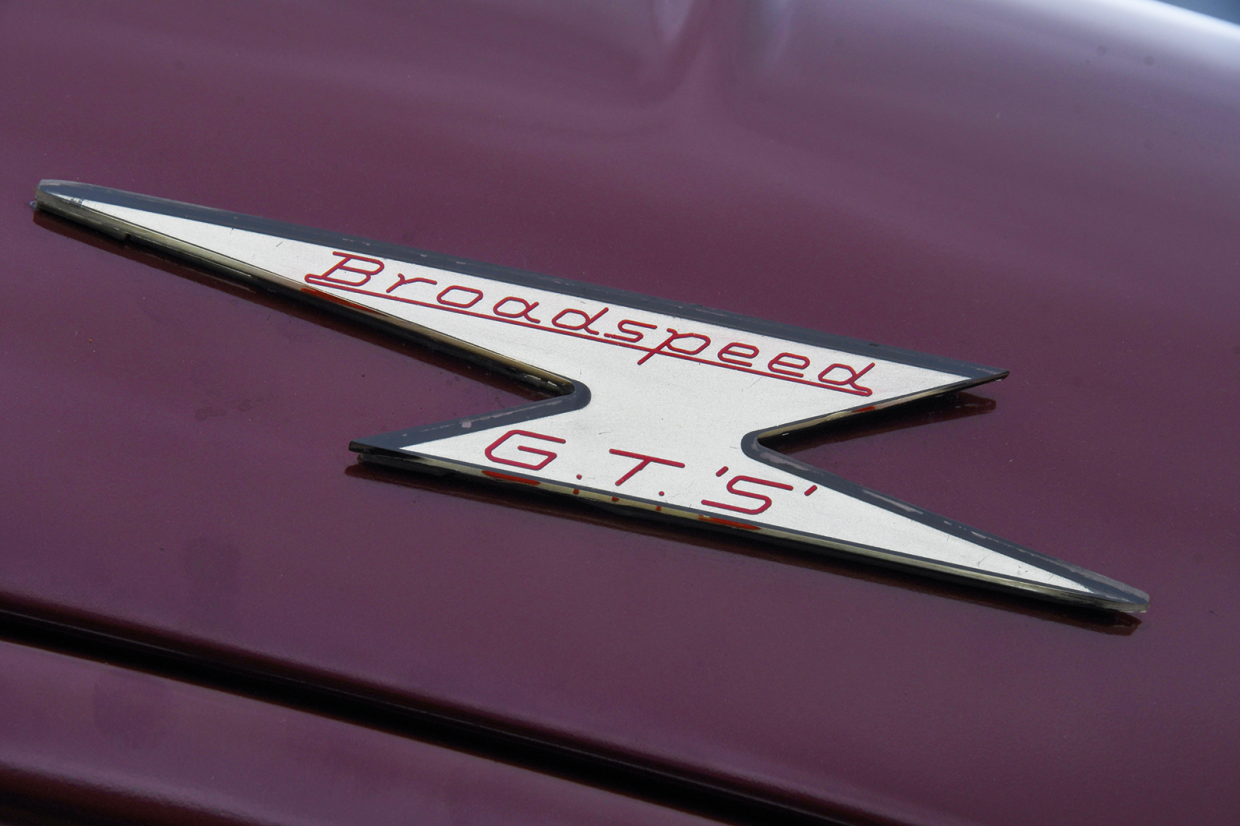 Thirley acquired the car through his job as a salesman for JD Classics, which infamously fell into administration last September.

Wooden had passed on both 88D and 89D to JD, with Thirley finding a new home for the road car before the axe fell on the company. Then at the turn of the year, as he prepared to leave JD (now under new management), he made an offer to the administrator for the race car. It was accepted.

So what now? Thirley, after all, is a car salesman with a cult Mini special in his possession, in a big anniversary year…

But there’s a problem: while we’re photographing the car, he receives a message that the DVLA has turned down his bid to register the number. The key is there’s no paper trail.

“It does have a unique export number stamped into the bulkhead,” says Thirley. “If I had some paperwork from when it left the UK that would be something. But I’ve got nothing from Broadspeed and no logbook.”

For now he’s happy to show the car at events: Chateau Impney in July – “I didn’t get into second gear, but it was only a procession!”– the Kop Hill Climb in September and the Revival, at which he hopes EOP 88D will be a welcome addition to the Mini 60th parade celebrations.

As Thirley says, “only more than 20 and less than 30 were built” – but there’s only ever been one race car. It’s good to see Ralph Broad’s little cul-de-sac project back in circulation.

The C&SC guide to the Goodwood Revival 2019

What makes the Mini so marvellous? You tell us!

Motorsport memories: when the Minis were robbed in Monte Carlo 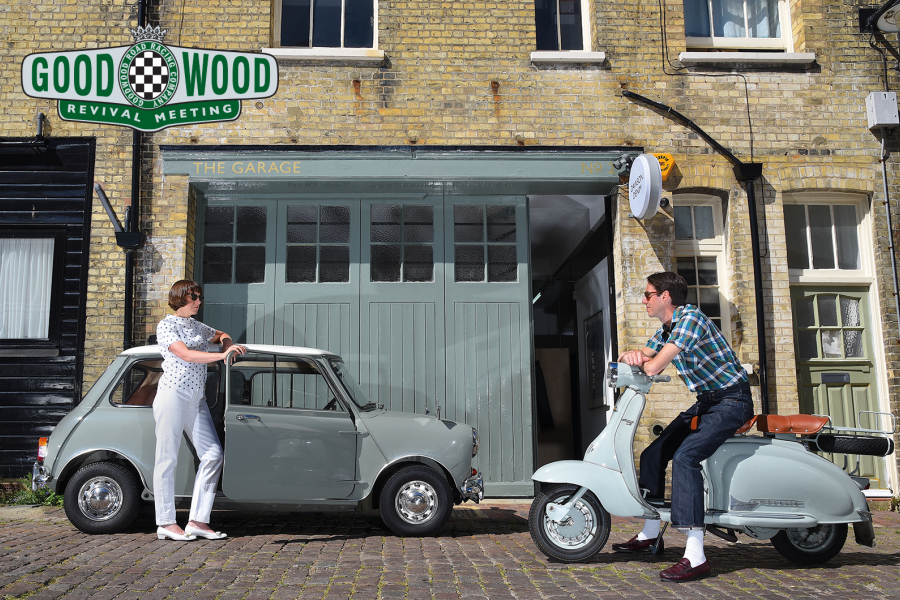 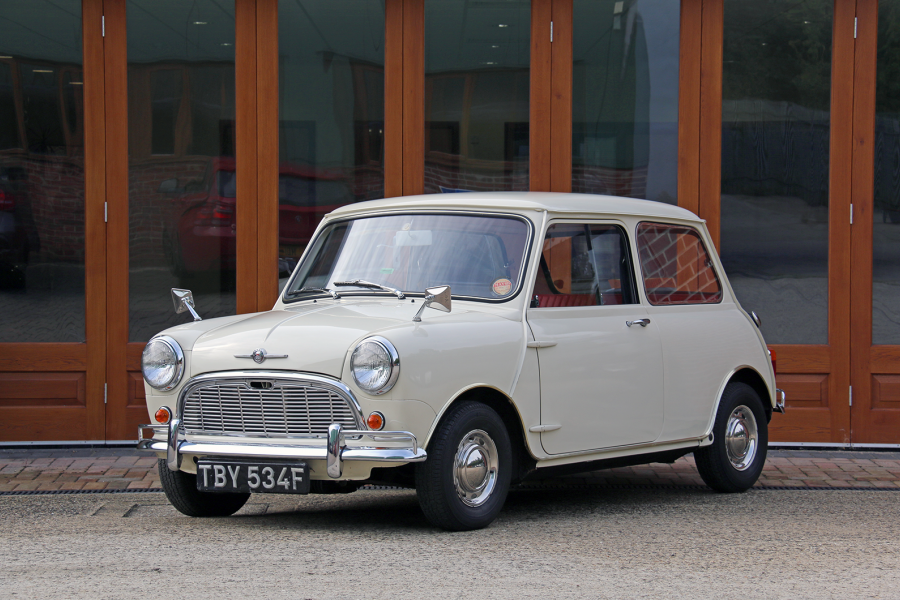 Is there a lower-mileage Mini than this? 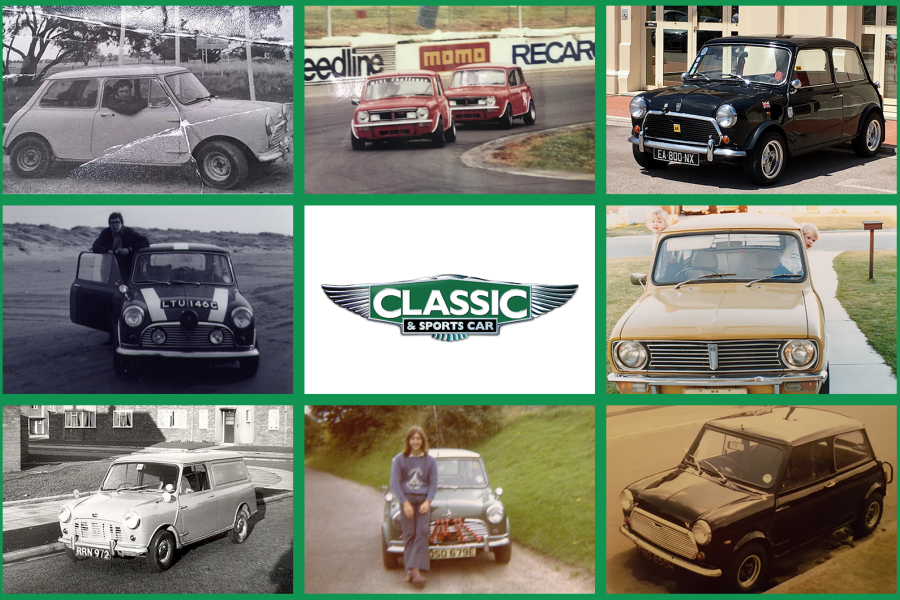 What makes the Mini so marvellous? You tell us! 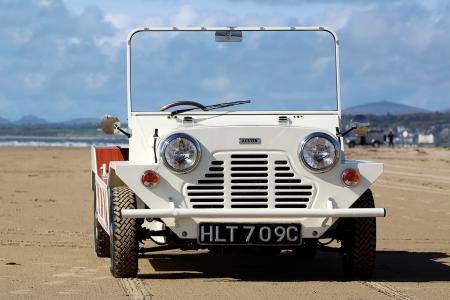 Mini Moke: on board with the star of a cult Brit TV show