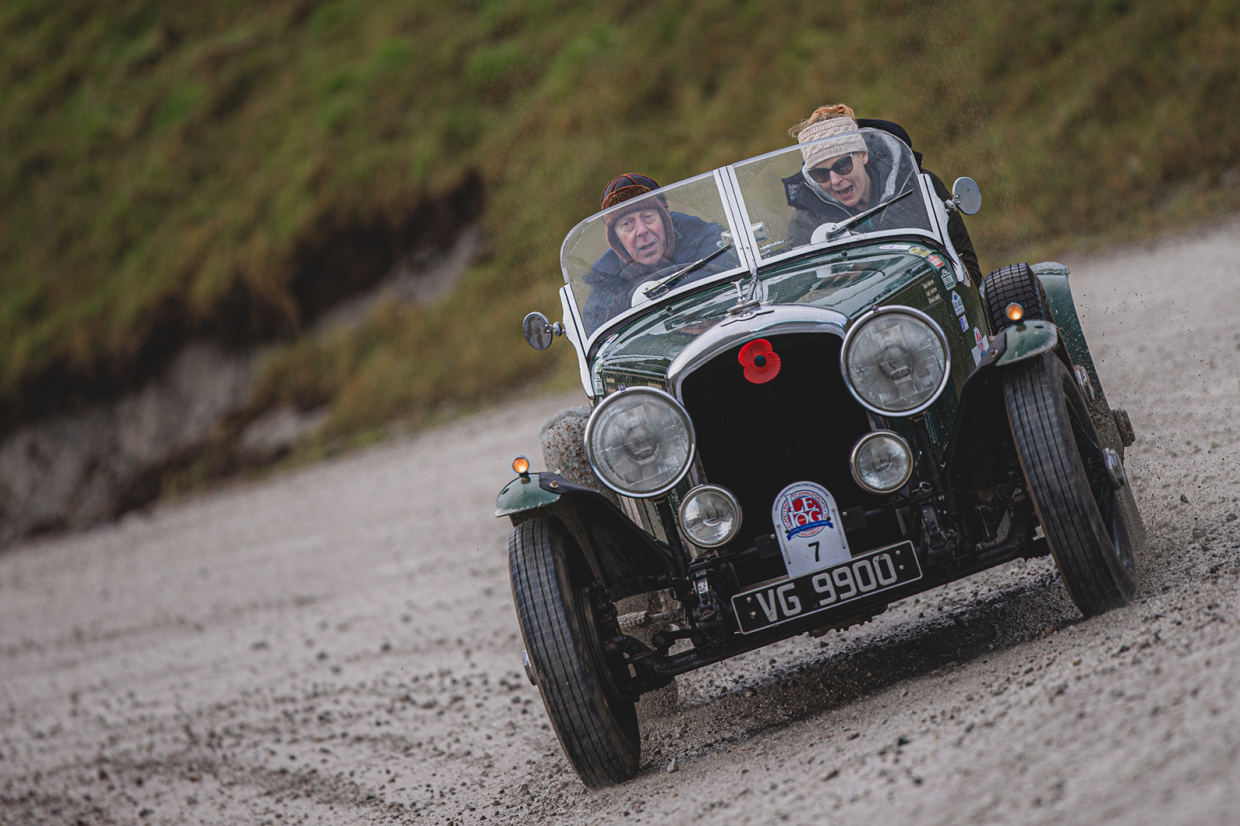 The rally was characteristically testing from the off.

Leg one, Land’s End to Magor in Wales and the Caerwent military ground, saw chaos for the vintage contenders running out front after the Bodmin Moor regularity, with six cars stopped together at different angles while trying to determine the correct route. Come the end of the leg, seven crews provisionally had gold medals, six silver and nine bronze. 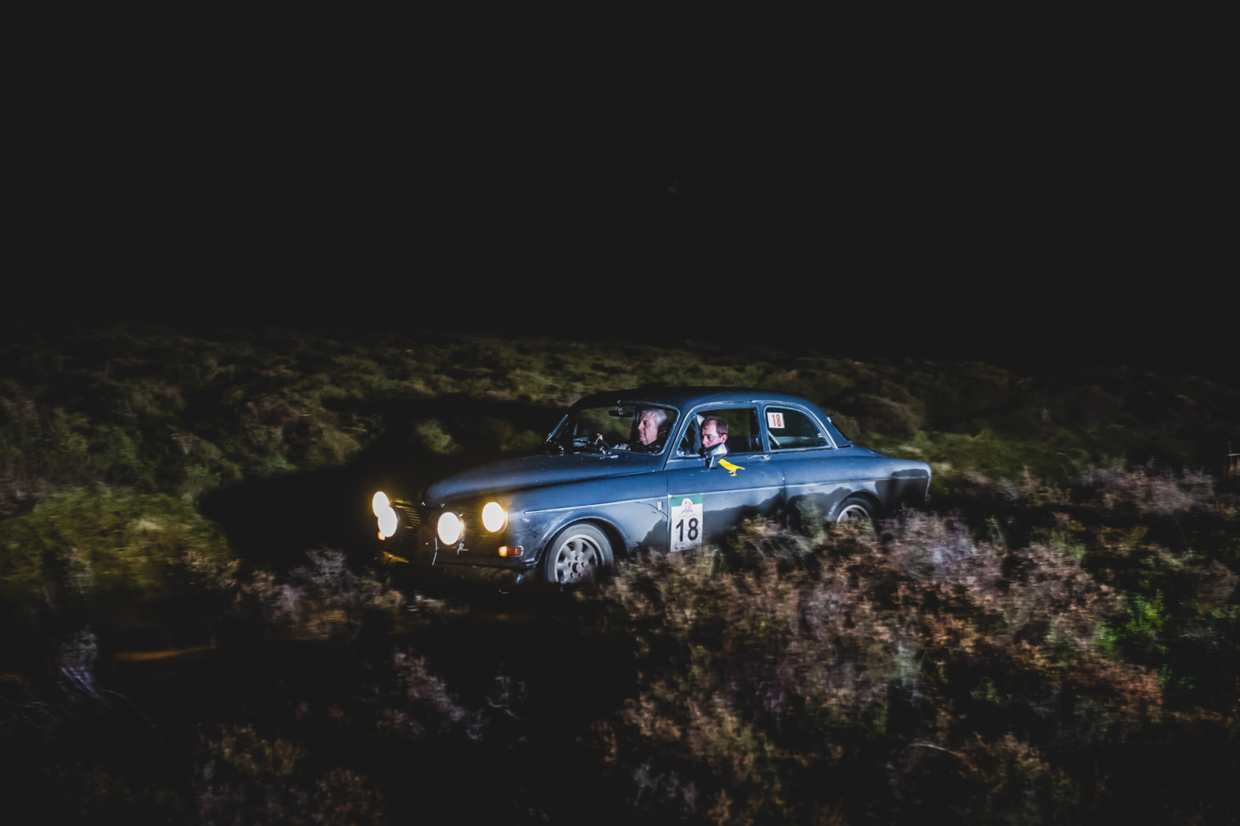 Paul Dyas and Martyn Taylor took their Amazon to gold

Driving rain and high winds battered entrants on leg two, running from Saturday evening until the early hours of Sunday, and even photographer Will Broadhead and team were called upon, pulling Martin Burhenne and Axel von Blittersdorff’s Mini out of a ditch.

An acute hairpin through a gate just wide enough for a vintage Bentley caught many out and just a few miles shy of the finish in Ewloe, Flintshire, Thomas and his father Roger Bricknell suffered a puncture in their 1983 Volkswagen Golf GTI.

Still, they swapped their provisional silver medal for gold before the leg’s end, one of eight crews in that uppermost echelon.

Sadly, Bill Cleyendert and Leigh Powley, who also held gold medal status, had to retire after leg two, the top crew’s Ford Model A hit with a terminal engine problem, one of 12 cars either out or being repaired at that point. 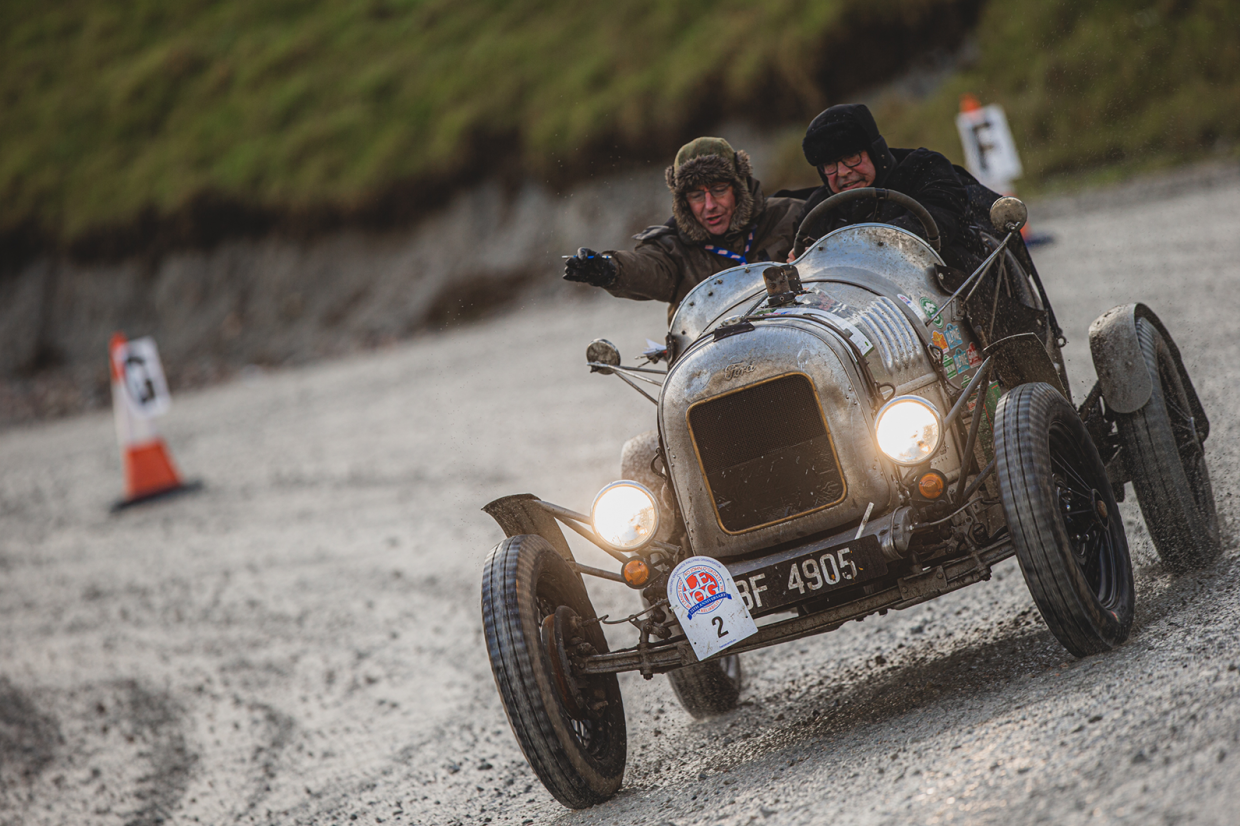 A few hours’ rest preceded the route to Gretna featuring five tests and five regularities as conditions deteriorated – and you really had to feel for the vintage crews with little or no protection from the elements.

Emily Anderson, a last-minute call up to navigate her father Stuart in a 1937 Bentley Derby 4¼-litre (pictured at the top of the page), said: “The water is really deep, I have been thrown in but we haven’t made any massive errors, partly due to the status of others around us. I am trying to concentrate and read the map and not look at any animals but it has been so wet, we just can’t keep dry, the logistics of it all are awful, then we had hail today!”

Still, the Andersons started the leg in contention for a silver. 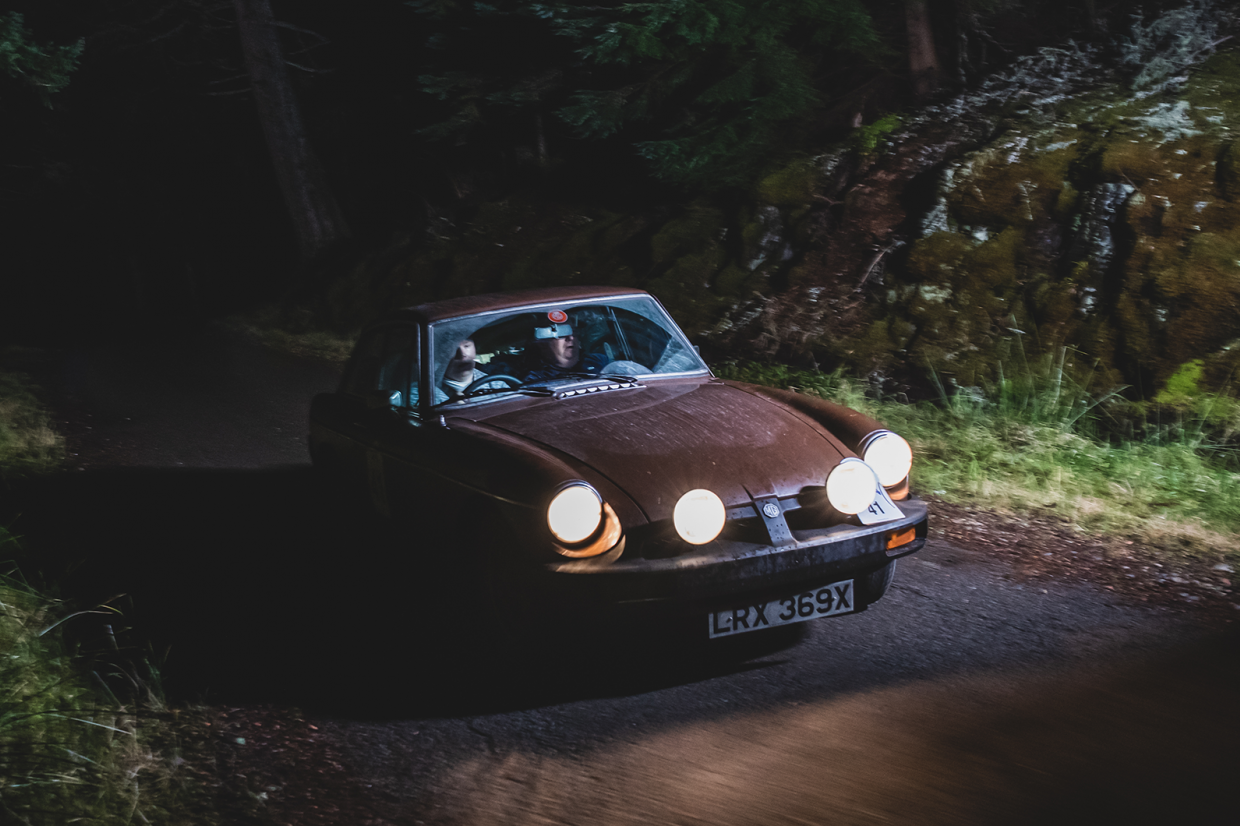 The final push to John O’Groats, including a run up the famous hillclimb course, Rest and be Thankful, gave crews just a two-hour break in 36 hours, with five tests and 11 regularities across two legs.

It was described as “relentless” by eventual gold-medal-winning navigator and Class 5 winner Andy Ballantyne, paired with Stewart Christie in an MGB GT: “The first day was tough, the first night was even tougher but the last 24 hours have been relentless, we really were feeling it last night.

“I think it’s going to take time to sink in and appreciate the enormity of what we have achieved. The car nearly didn’t make it out of Cornwall, but thanks to Stewart’s hard work and with the support of others we got back in the event.” 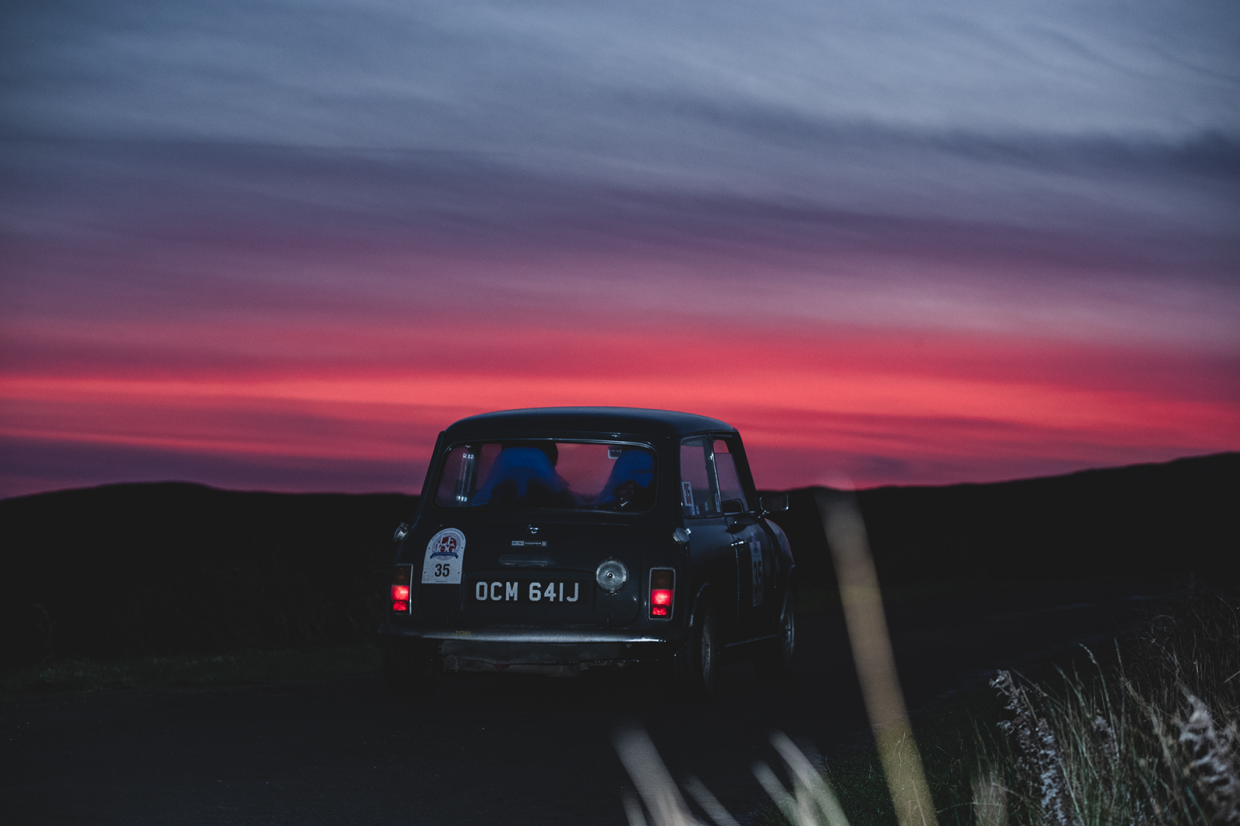 Four further crews secured silver medals, including Stephen Owens and Nick Bloxham in their Porsche 911, who unfortunately slipped out of the running for a gold following a stop-astride infringement.

“We worked well as a team and got a good team result but it was a tough rally, when the fatigue set in the early hours of this morning it was difficult, but what a great event,” said Owens.

A trio of hard-fought bronze medals were handed out, too.

Another super story came from first-time competitor Peter Rushforth, who’s over 80 and who has worked on 15 editions of the rally, but was navigating for its 25th anniversary: “It’s a lot more fun. The route was almost the same as 25 years ago but I think it was slightly tougher then as you had two nights out of bed, not one!”

Winter is coming: how to keep your classic safe in cold weather