Motorsport memories: why late-starting F1 seasons are nothing new 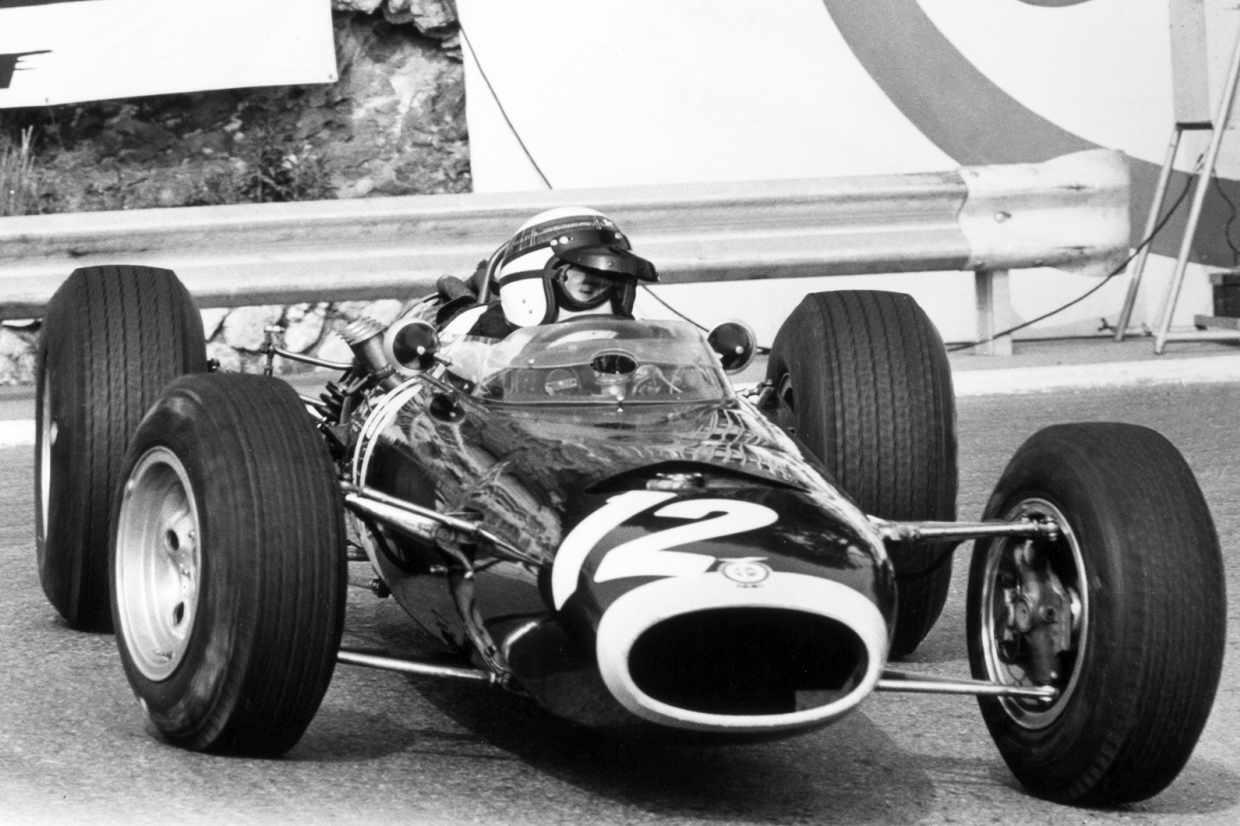 With the Australian, Bahrain, Chinese and Vietnamese Grands Prix having been either cancelled or postponed due to the coronavirus pandemic, it’s looking likely that the 2020 Formula One season won’t get under way until at least the Dutch Grand Prix on 3 May*.

Coincidentally, that is 70 years almost to the day since the very first World Championship Grand Prix was held at Silverstone.

In fact, during the 1950s and 1960s, it was relatively common for the championship to not start until May. 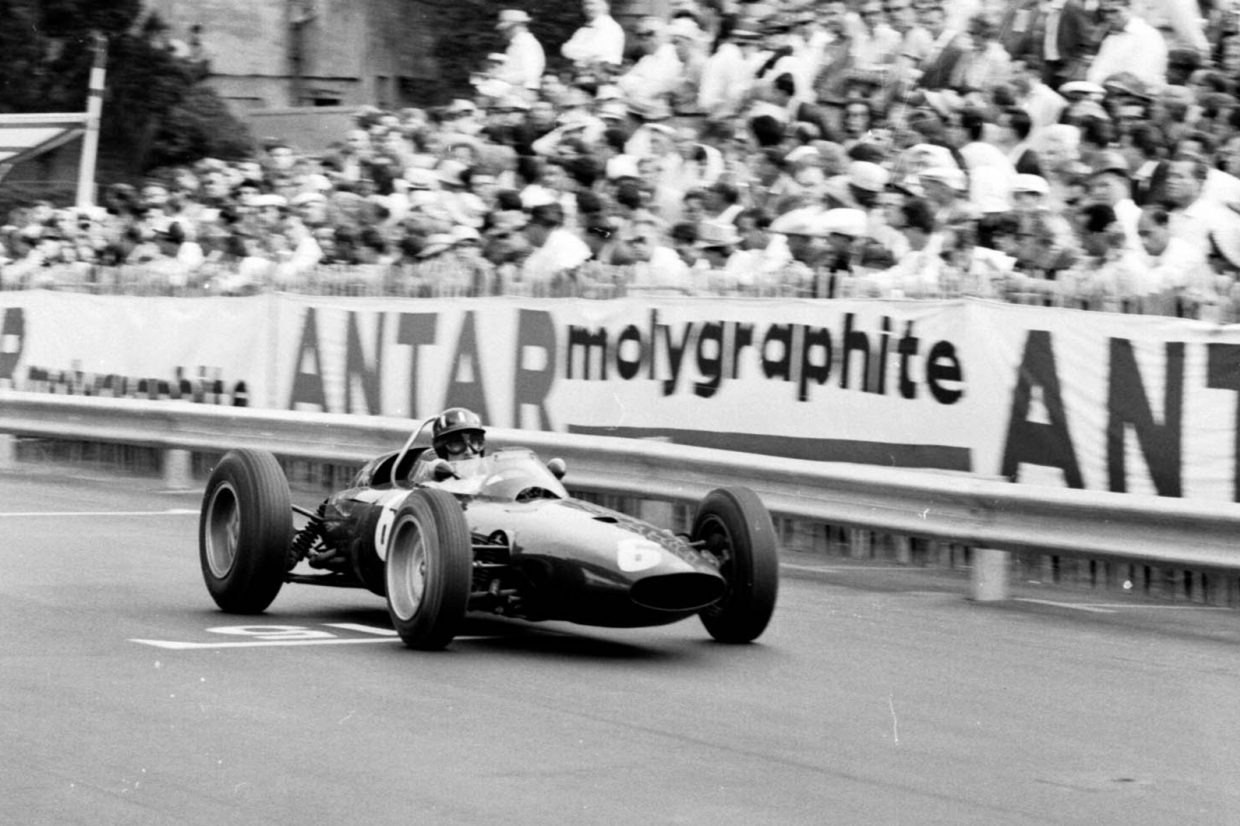 Graham Hill (BRM P57) en route to victory in Monaco, when the 1963 F1 season started in May

For one thing, the season comprised far fewer points-paying races than is the case today – in 1966, there were only nine, the final one being Mexico on 23 October.

For another, there were a lot more non-championship races on the calendar.

The 1963 Monaco Grand Prix was the first event to count towards the Drivers’ and Constructors’ titles, but by the time it had been held on 26 May, British enthusiasts had been able to see Formula One cars in action at Snetterton (30 March), Goodwood (15 April), Aintree (27 April) and Silverstone (11 May).

These were not makeweight fields, either. At Silverstone’s International Trophy meeting, Jim Clark won from Bruce McLaren, and the entry also included Jack Brabham, BRMs for Graham Hill and Richie Ginther, and a works Ferrari for John Surtees. 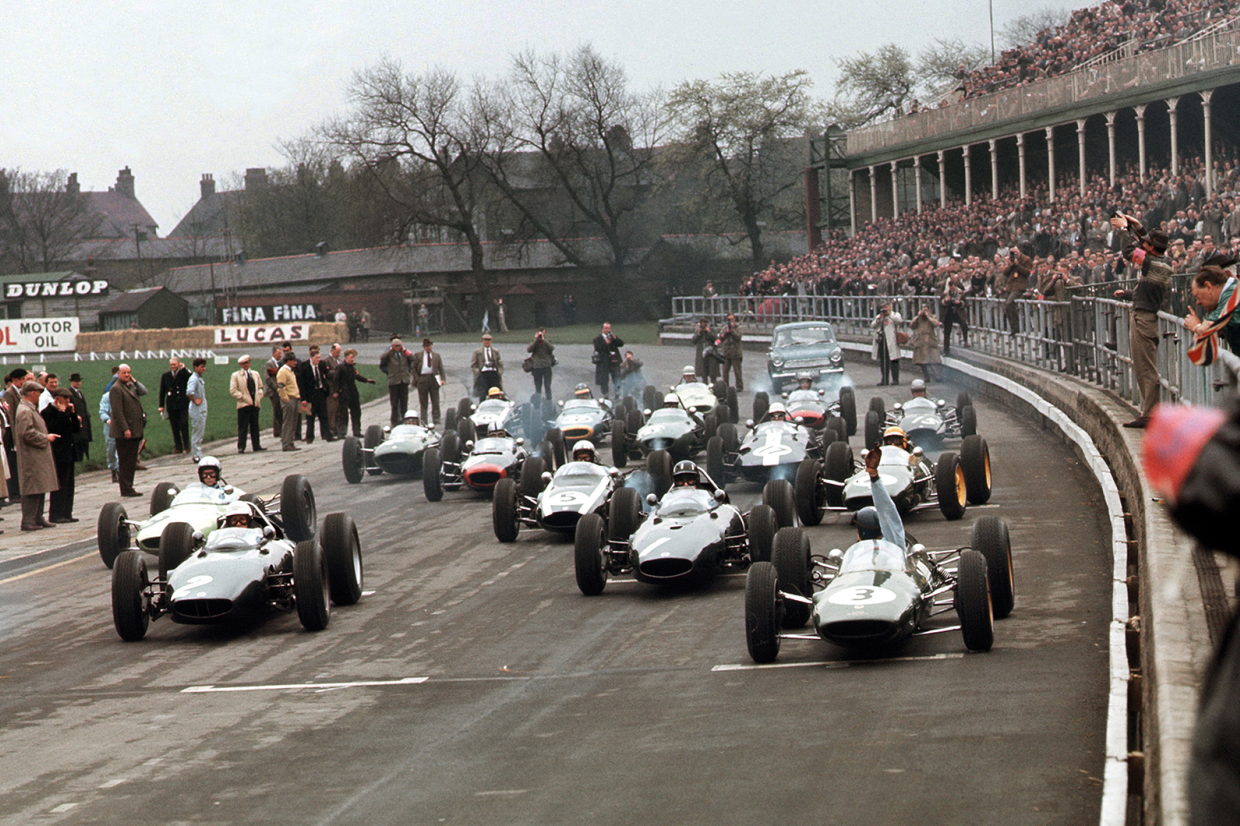 At Aintree on 27 April 1963, Jim Clark raises his hand as his Lotus 25-Climax fails to fire at the start

The top drivers would also have been competing in other forms of racing, be it sports cars, GTs or saloons.

While the championship was important, it was by no means their sole focus.

Surtees, for example, always used to say that Ferrari’s main goal was Le Mans – only once that was out of the way did the Scuderia’s full attention turn to Formula One. 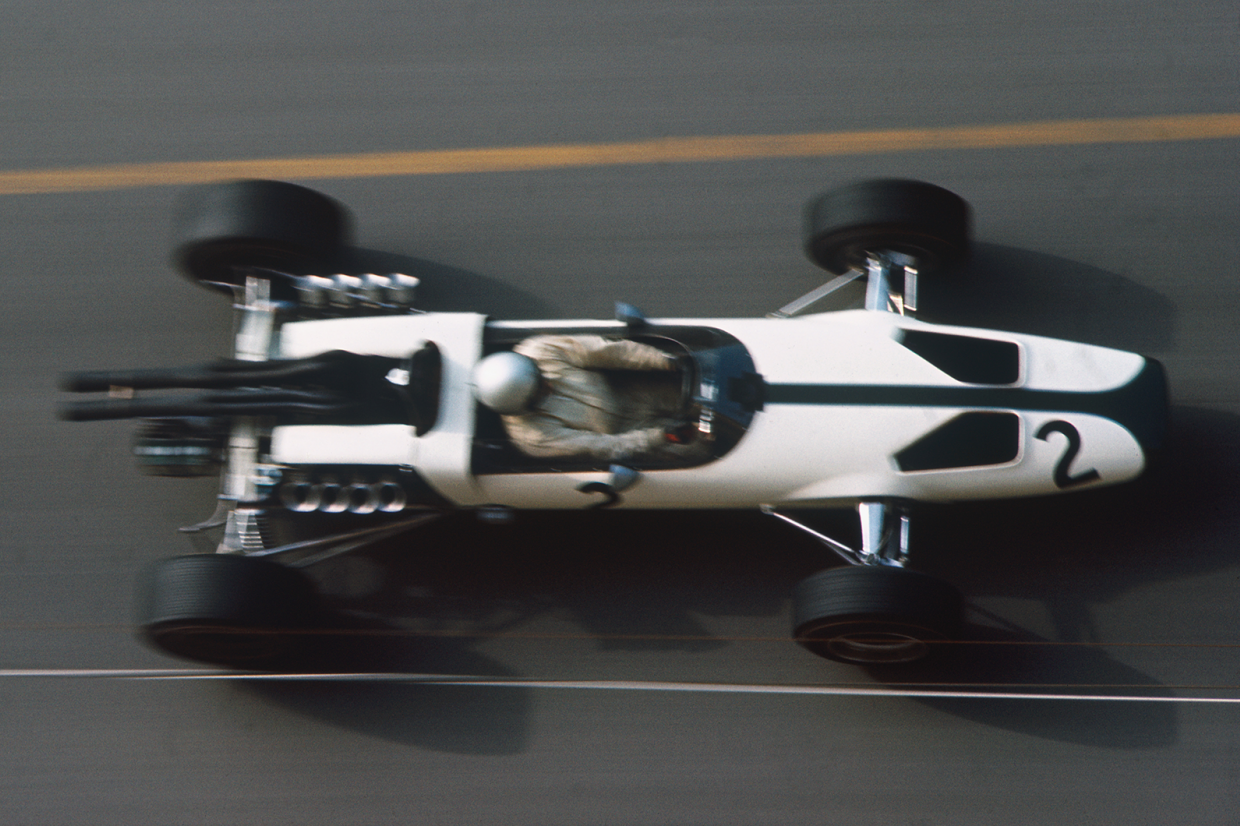 McLaren made its team debut at Monte-Carlo in ’66, Bruce McLaren piloting the Ford-engined M2B Ford

Despite the late start to proceedings, there were years in which plenty of teams found themselves not quite ready for the serious action to begin.

The 1966 Monaco Grand Prix marked the beginning of the 3-litre era, but the grid featured a smorgasbord of powerplants.

Jim Clark was on pole position in a Lotus 33 featuring a 2-litre version of Coventry Climax’s V8, and the same engine powered the BRMs of Graham Hill and Jackie Stewart – although Hill also tried the unwieldy new 3-litre H16 during practice.

Surtees was in the latest 3-litre V12 Ferrari, while his teammate Lorenzo Bandini had a 2.4-litre V6 in the back of his car.

Bruce McLaren had a 3-litre Ford V8 for his team’s Grand Prix debut, Richie Ginther and Jochen Rindt had 3-litre Maserati V12s in their Coopers, and Jack Brabham had the Repco 3-litre V8 behind him – an engine that would carry Brabham and Denny Hulme to consecutive Drivers’ titles. 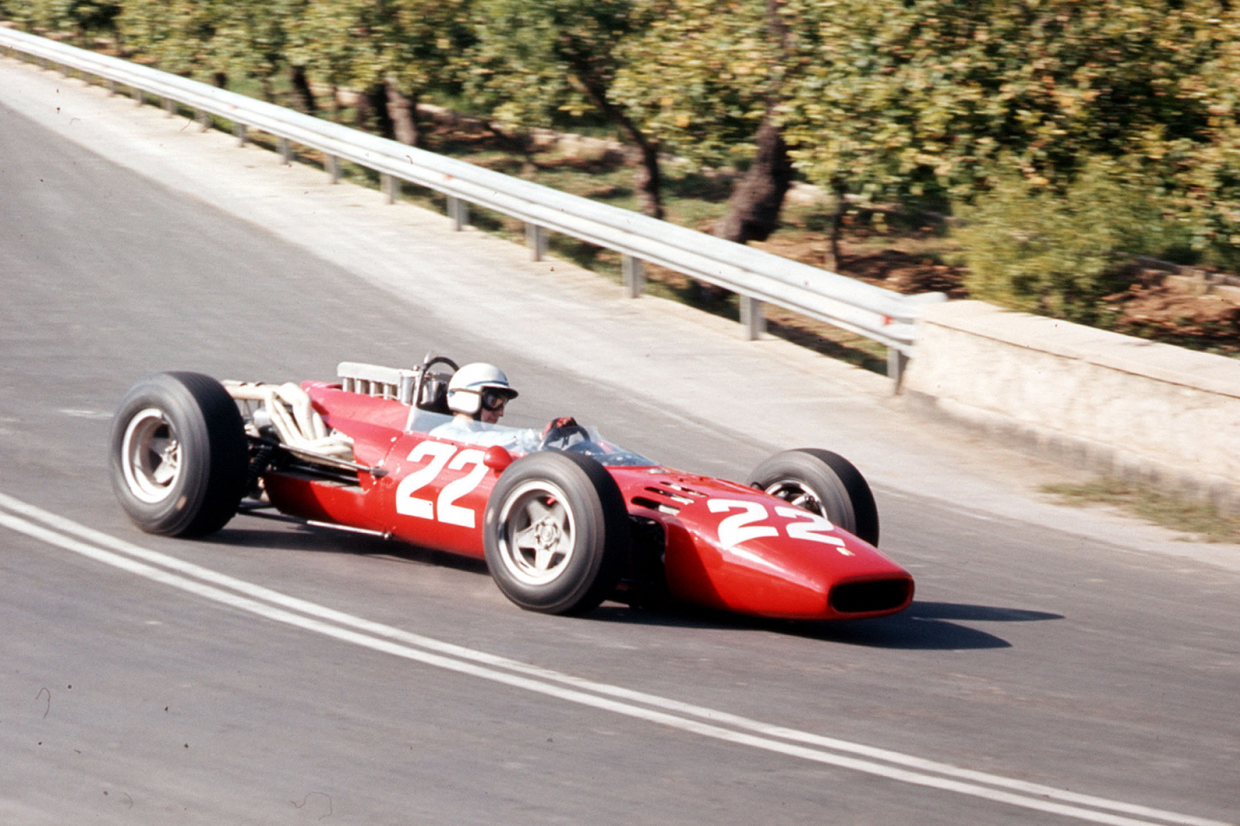 The 3-litre cars had already done battle at Syracuse and Silverstone by then, Surtees winning the former and Brabham the latter.

The exceptions to a May start during this period were the years in which a Southern Hemisphere country would host a race in what would have been the European winter.

Argentina played that role in the 1950s, and in 1958 Stirling Moss took a historic victory in Buenos Aires.

Not only was it the first victory in the Formula One World Championship era for a rear-engined car, it was the first win at that level for Cooper. 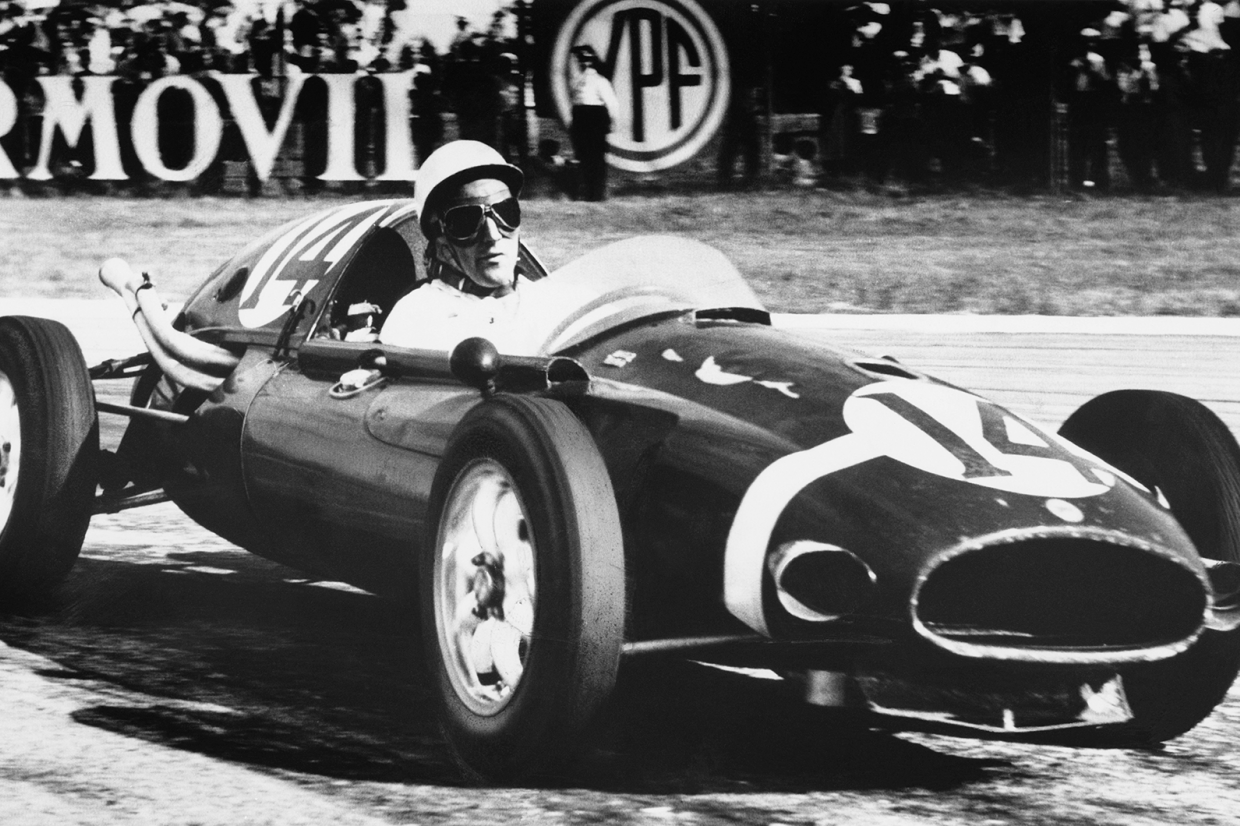 From the mid-1960s, South Africa took over, a particularly memorable piece of scheduling coming in 1965, when the Kyalami race took place on New Year’s Day! Amazingly, the same thing happened in 1968.

Whether the first round had been in Argentina or South Africa, there would generally follow a gap of several months before the second.

Drivers had plenty to keep them occupied, though, and in the 1960s they’d often head Down Under for the Tasman Series.

There were also major sports-car races such as Daytona and Sebring to consider. 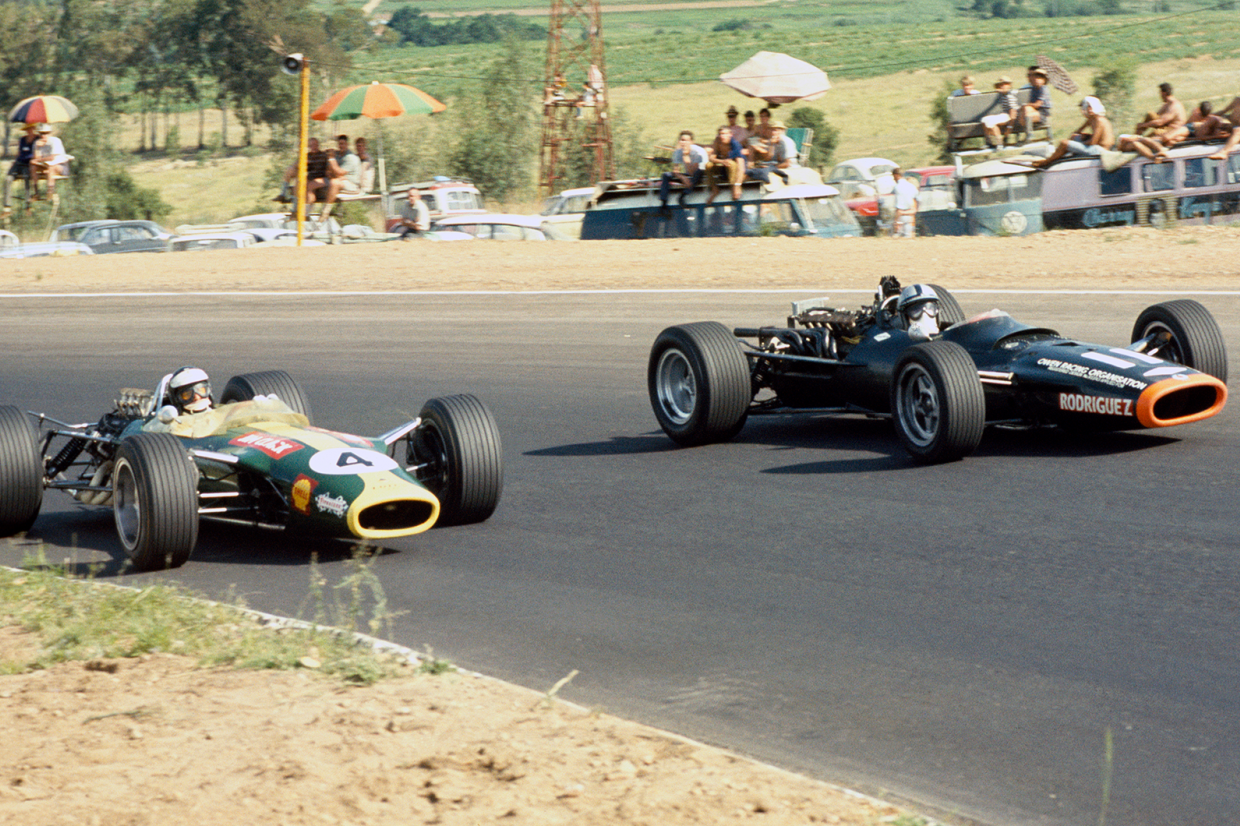 What we’d now recognise as a ‘modern’ World Championship schedule began to develop during the 1970s and early 1980s.

The number of races grew and they were more evenly spaced, non-championship events started to fall by the wayside, and for a while the norm was to kick off with two South American races in Argentina and Brazil.

Then South Africa and the US Grand Prix West were slotted in ahead of the ‘European season’.

Certainly during the 1970s, it was often the case that teams would use an updated version of the previous year’s car for the ‘flyaway’ races at the start of the championship.

The following year, Jody Scheckter won the championship in his Ferrari T4, but he and teammate Gilles Villeneuve had raced in Argentina and Brazil with the old T3. 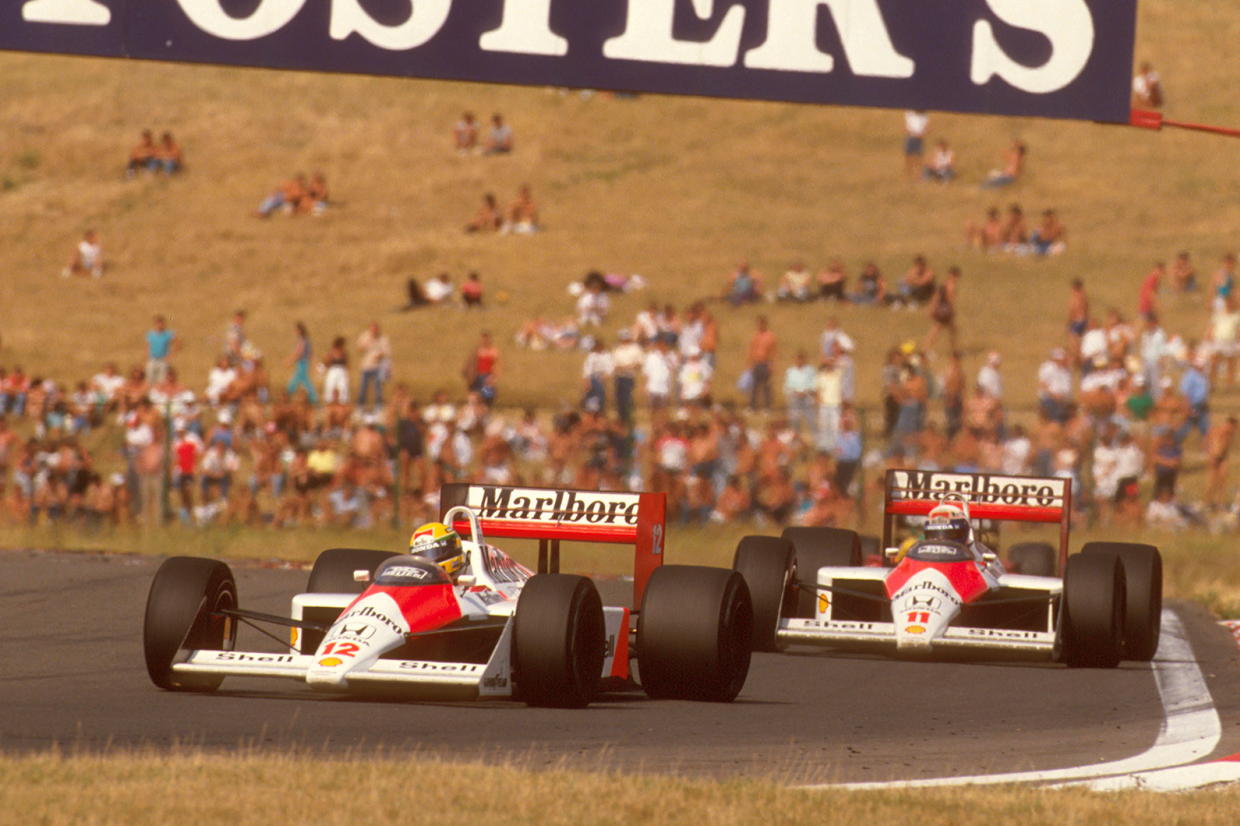 Being late to the party didn’t hurt McLaren in 1988 – here, Senna and Prost score a 1-2 at the Hungaroring

During the 1980s, it was Brazil that became the traditional curtain-raiser, Rio having replaced the fabulous old Interlagos, and teams gradually started appearing ready to race their latest machinery.

Memorable exceptions included 1988, when Alex Caffi attempted to pre-qualify the Formula 3000 car that BMS Scuderia Italia had bought, its Formula One contender having not been completed in time.

Not surprisingly, the Italian failed to make the cut.

McLaren was also late finishing its new car that year, but it did at least squeeze in some running at Imola before heading out to Brazil.

That was enough to show that the MP4/4 was likely to be the class of the field, and so it proved. It won 15 of that year’s 16 races. 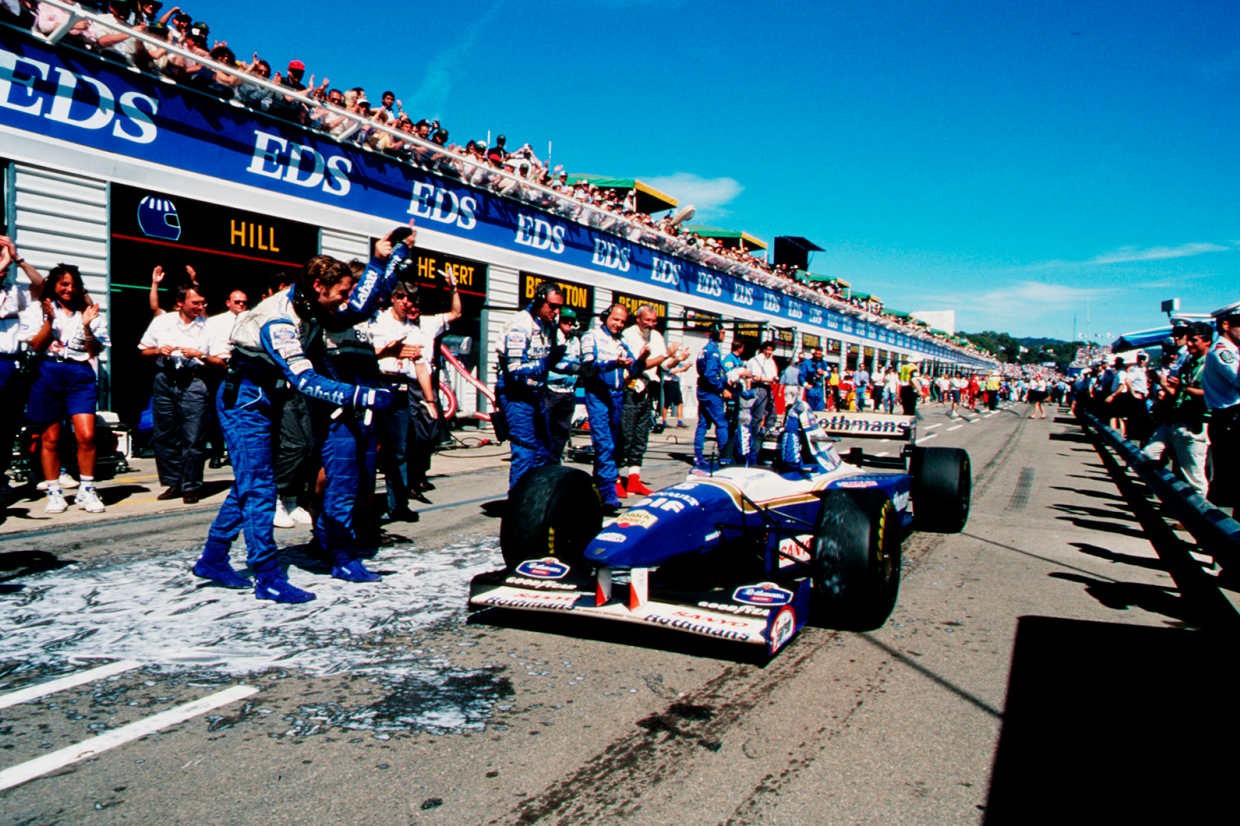 By that point, the opening race of the World Championship well and truly marked the beginning of the season.

Unlike 20 or 30 years previously, it was the first opportunity enthusiasts had to see Formula One cars in action since the end of the previous season. The excitement therefore built in the run-up to round one.

These were still the days before blanket media coverage across various platforms, and during the off-season you’d have to make do with grainy ‘spy shots’ in Autosport showing unfamiliar helmets in new cars – Gerhard Berger in a McLaren, perhaps, or Alain Prost having his first test in a Ferrari.

In 1995, Damon Hill won the season-closing Australian Grand Prix in Adelaide. Four months later, the Grand Prix circus reconvened Down Under but this time at a new venue – Melbourne’s Albert Park.

The result was the same – Hill won again for Williams to kick-start his championship-winning year – but it marked the beginning of a new era. 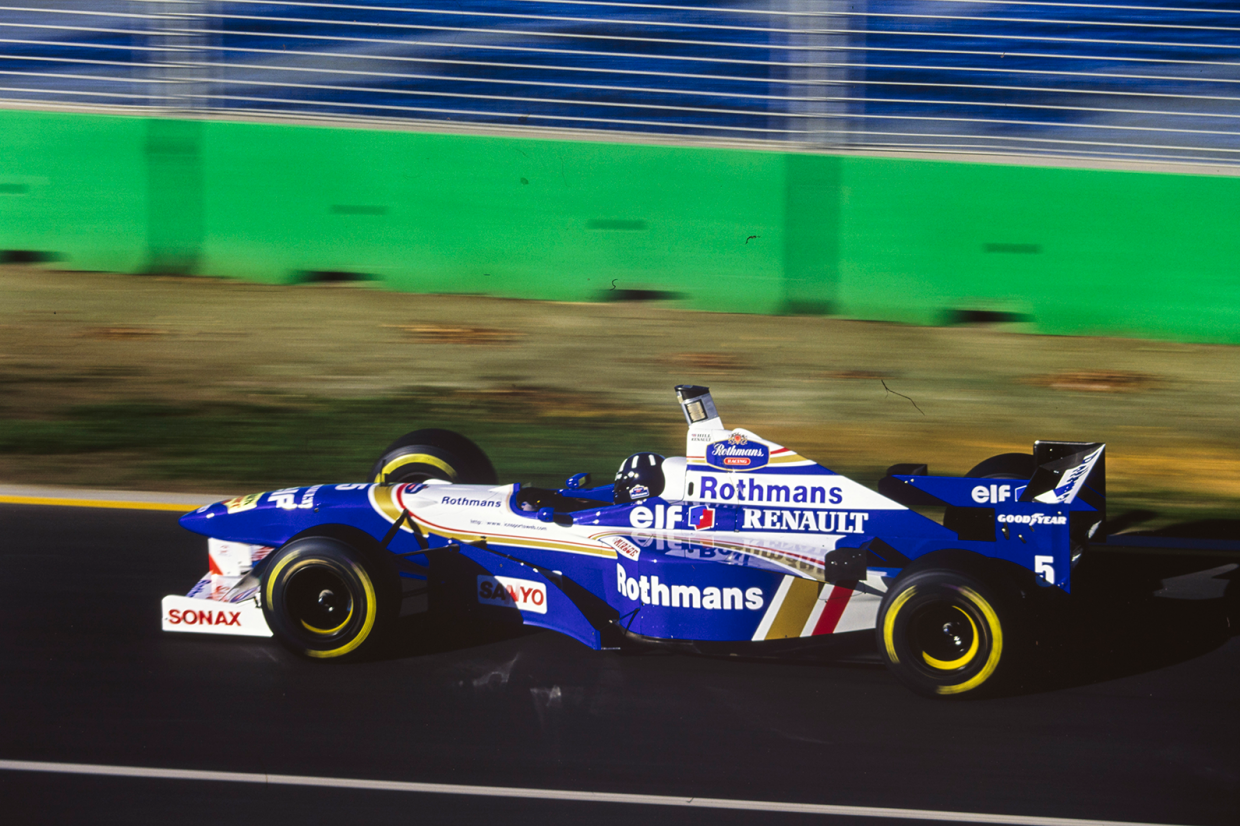 With the exception of two years in which the season began with the utterly soulless Bahrain Grand Prix, Melbourne has established itself as a superb place at which to let battle commence.

For a whole host of reasons, let’s hope we’re back there next year and that a possible May start to the 2020 calendar is a one-off, however much it evokes seasons past.

Motorsport memories: all change in ’89